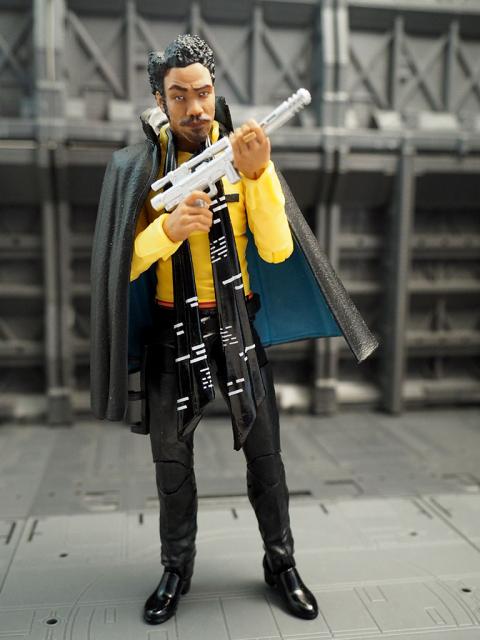 I think Lando was one of the first of the Black Series to use the new "Face Printing" technology. Insted of a traditional sculpt and paint application, this new technology provides a more lifelike appearance, making some of the characters seem uncannily lifelike. It mostly succeeds with Lando, but it's slightly cartoonish. 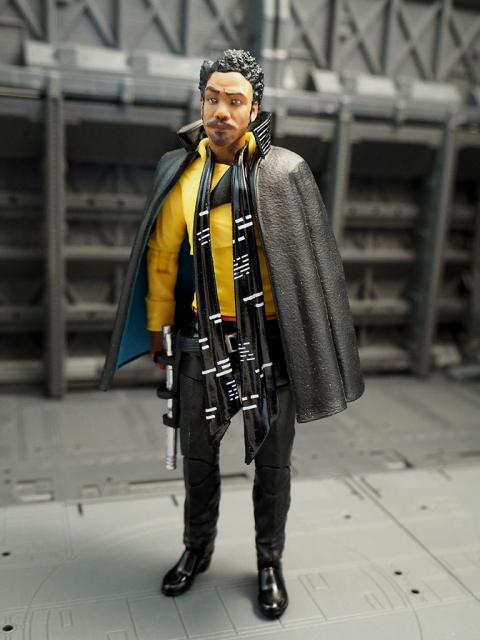 Lando stands around 6" tall, and includes a cape, scarf, and blaster. 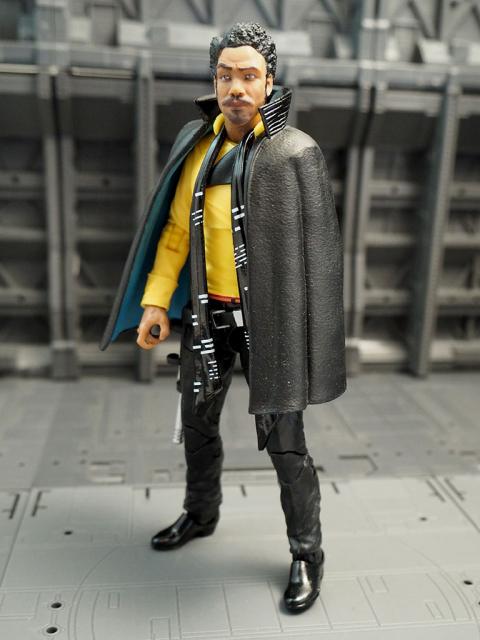 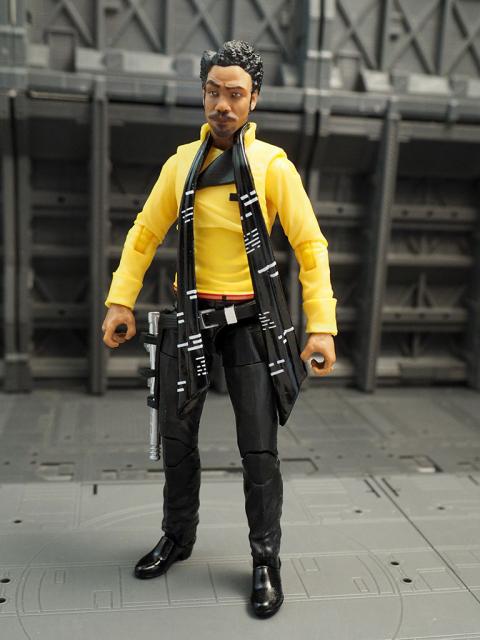 Both the cape and scarf are removable, and the blaster can be stored in the holster. The blaster is a bit bendy, and is different than the one that comes with the smaller version. I wonder which is correct? 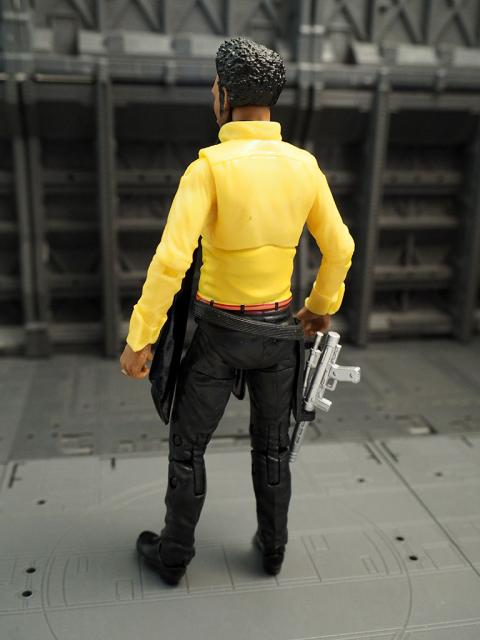 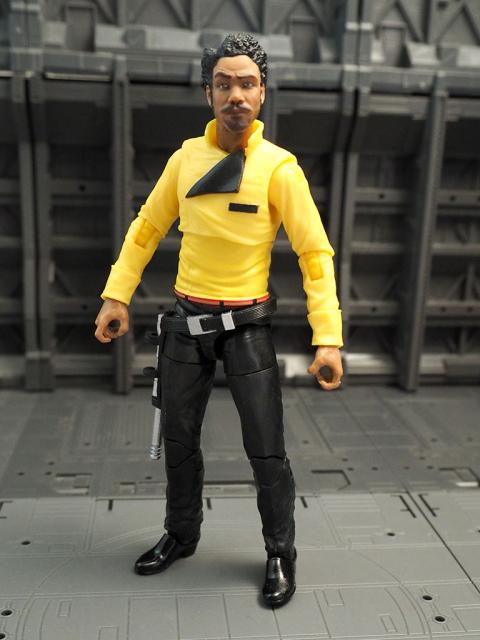 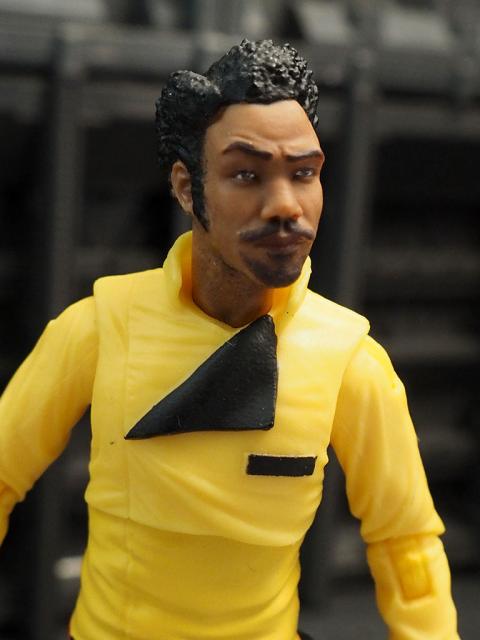 What do you think of the face? I like that they gave his expression some personality, but it seems a little... goofy? The paint is awesome though. It has more depth and texture than a typical Black Series. 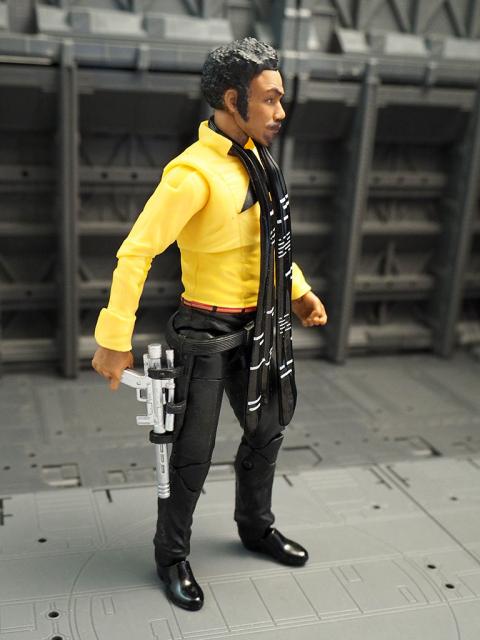 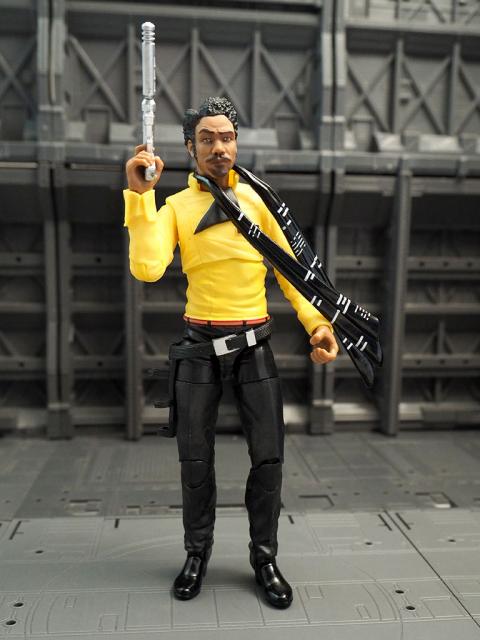 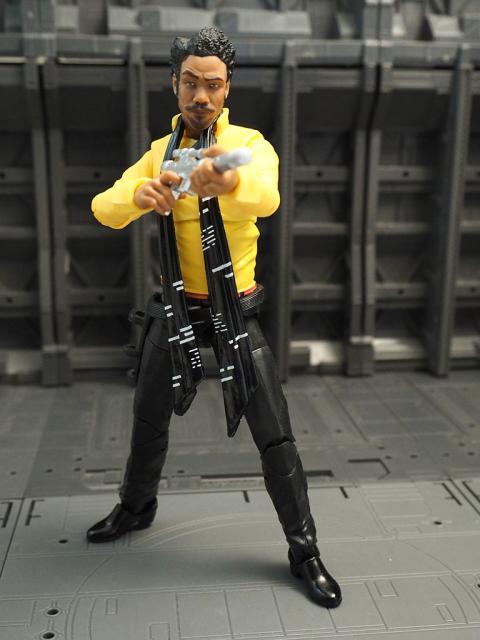 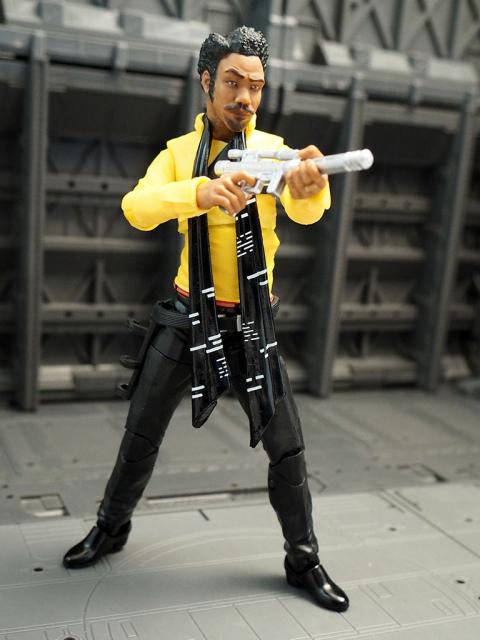 There's that bendy gun. It looks like it would explode if fired that way. But he can hold it with both hands, which is nice.

A shame that this figure and Star Wars toys nowadays are such peg-warmers despite utilizing the face-printing technology. Maybe Lucasfilm should just re-do the figures of the characters from Episodes 1-6 instead of hammering down with the sequel trilogy.