Another of the three mini vehicles that launch from the Daiku Maryu (Kargosaur) in the Gaiking show, Kondar is the American name given to Skyler and the toy itself is simply a repackaging of the Popy PA-85 Popinica toy. It's a diminutive toy with a sleek design and packed with as many features as possible in such a tiny package. I'm not 100% sure what the suggested retail price was for this but mine features a sticker from Mr. Big Toyland on it so until I know better, I'm going with that (probably high) price. 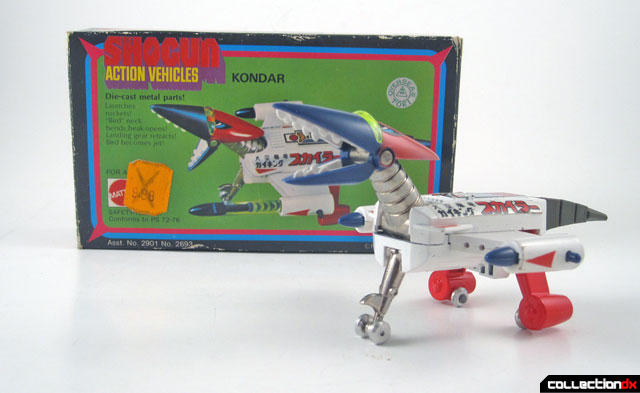 The box the toy comes in is also sleek and thin (6.5" x 4.25" x 1.5") with many of the features well known by now to Shogun fans. It differs slightly in that the toy comes secured in place by a cardboard insert rather than a styrofoam tray. 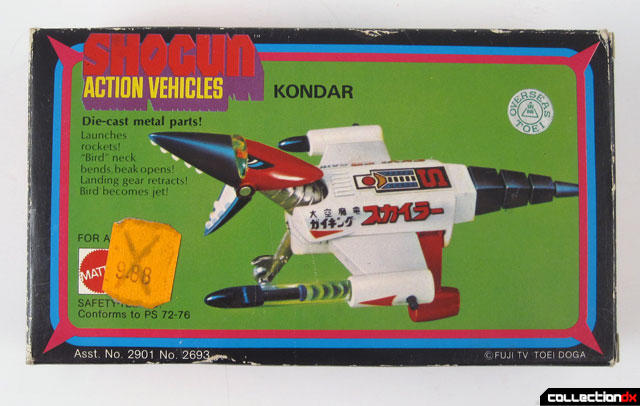 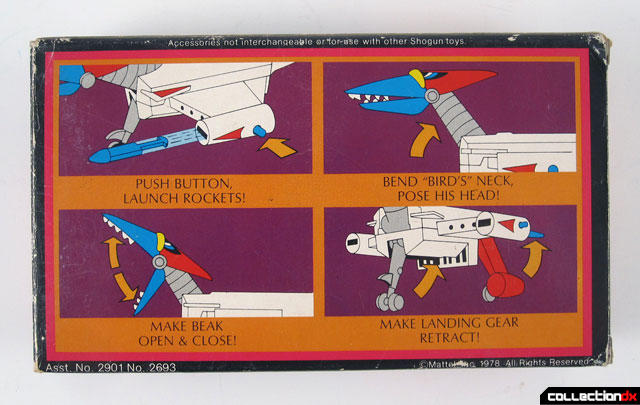 As with so many of the toys of this type, it features a missile launching gimmick. Each wing houses a blue missile that is fired when you press the little blue button on the side. 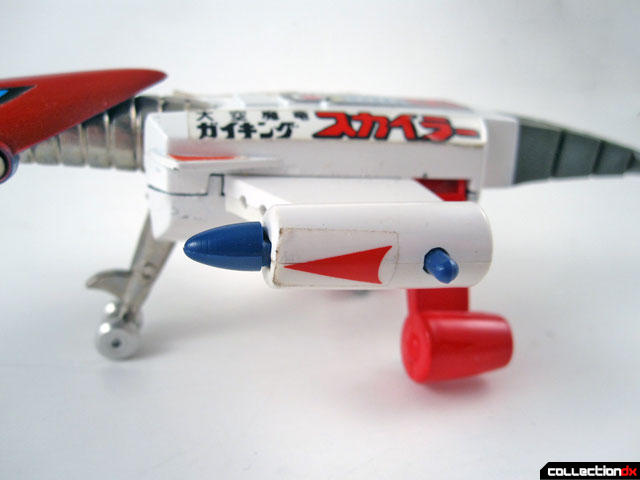 Once again, remnants of the original form and name of the toy remain with the stickers that are on the body. Kids must've wondered why their "Kondar" toy says "Skyler" and "Gaiking" on it (both in English and Japanese). 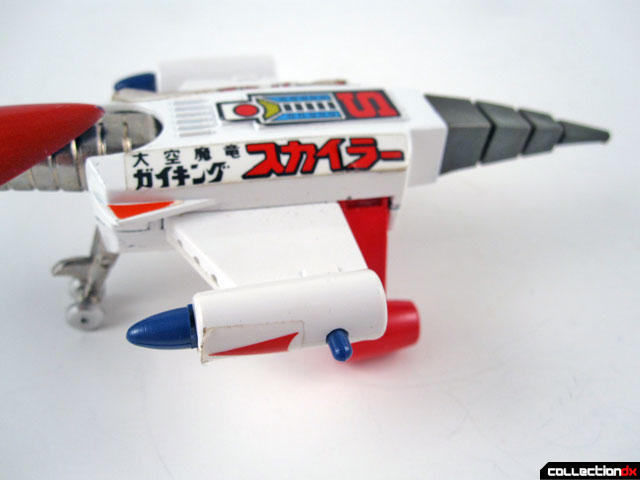 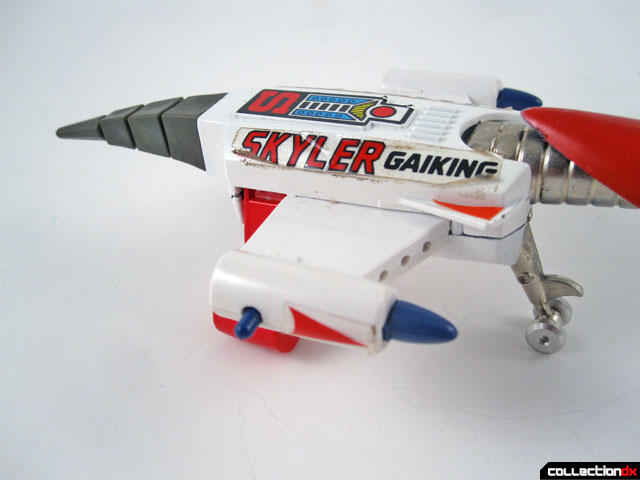 Both the neck and the beak of the toy are on hinges so that they may each be moved up and down. 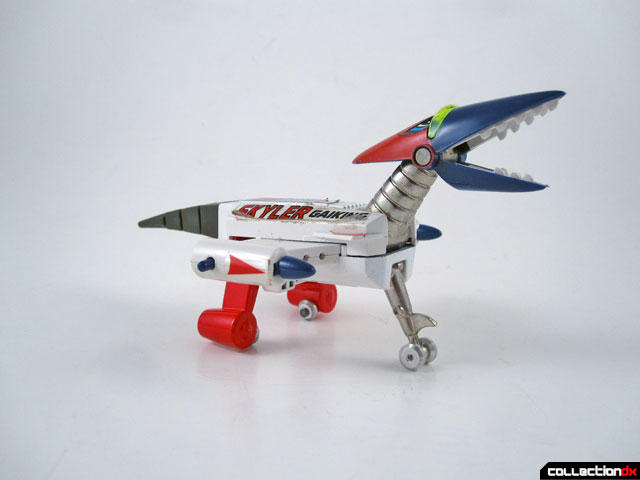 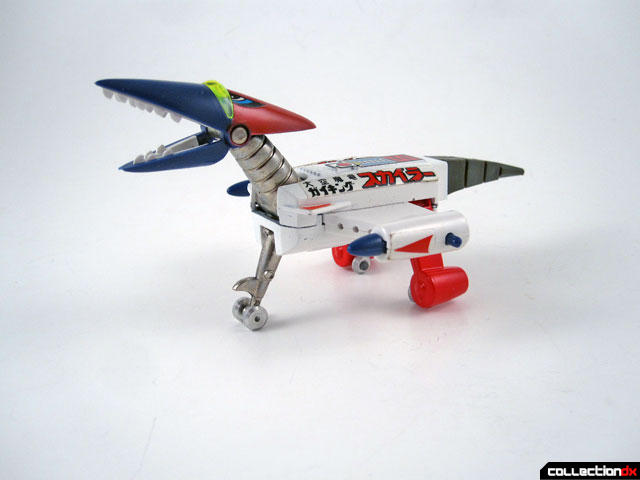 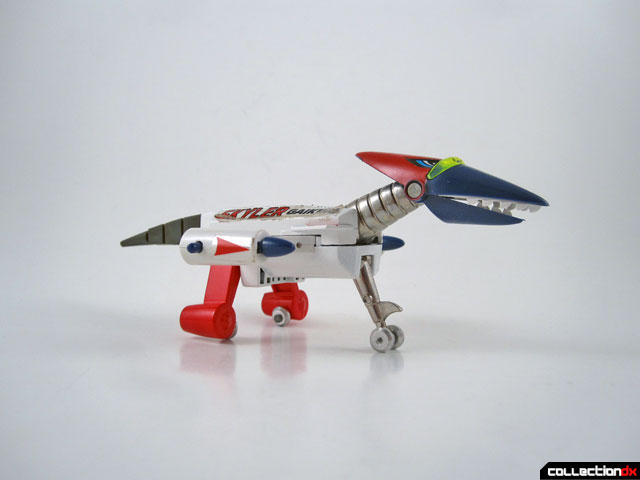 When you move the neck down, close the mouth and lift the landing gear, the toy takes on the form of a "jet". I think I like this form of the toy best. It looks really sharp and just begs to be flown around the room! 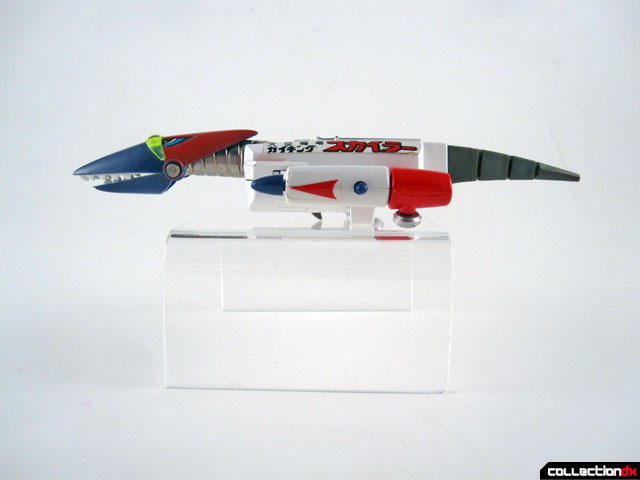 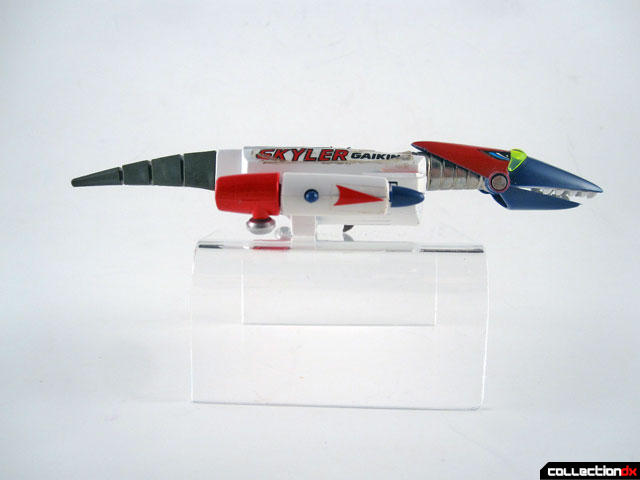 This toy seems to be one of the less common Shogun Action Vehicles and is often seen with the tail broken off.

When this guy originally came out, was his tail ever rubbery or flexible?

I'm wondering if this is one of those toys with rubber /flexible parts which dry out over time and become hard and brittle.

Or was this toy always sporting a hard plastic tail?

I couldn't say. I never had this as a kid and never got one as an adult until last year.