Knight Rider is an American television series that originally ran from September 26, 1982, to August 8, 1986. The series was broadcast on NBC and starred David Hasselhoff as Michael Knight, a high-tech modern-day knight fighting crime with the help of an advanced, artificially intelligent and nearly-indestructible car.

Ertl under the label of Joyride makes 1:18 scale diecast vehicles. The review is for their rendition of K.I.T.T. (Knight Industries Two Thousand) from the hit 80's show (Let's all block out the modern day ridiculousness from a couple of years ago). It comes in the typical box with nice graphics, window to trigger its electronic features, and normal plastic display tray (cars are screwed in and need to be taken off to display well) 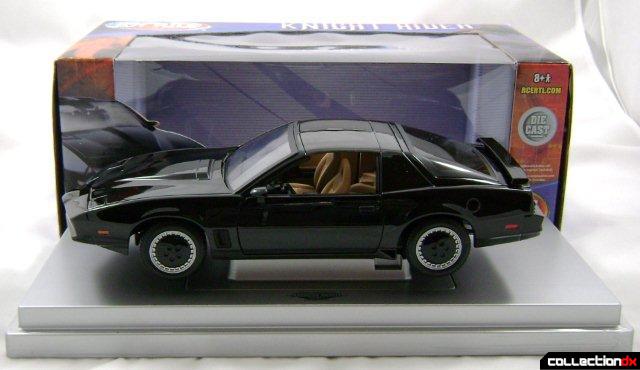 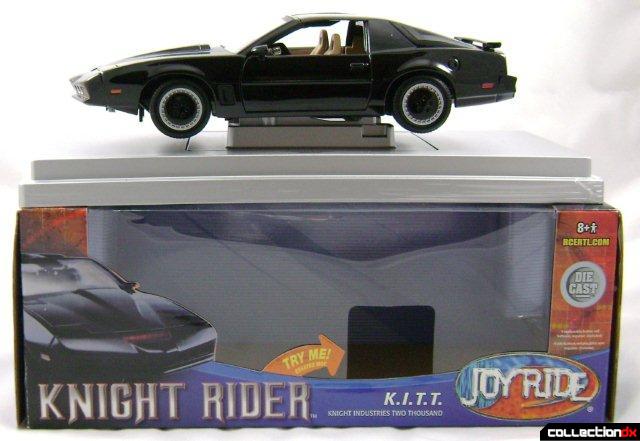 Ertl does a great job on these releases It looks just like the real thing, even the blue licence plate (I know K.A.R.R. was missing the sticker, but K.I.T.T. was fine). 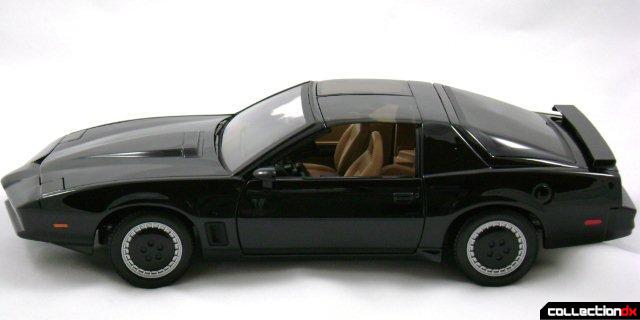 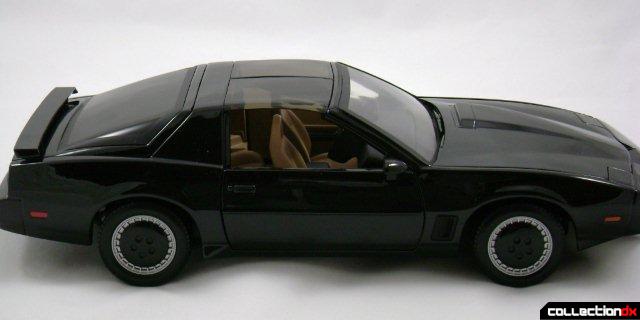 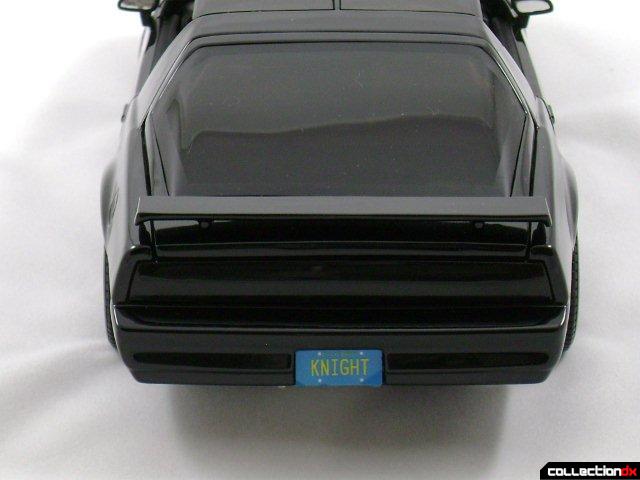 The detail is remarkable; doors, hood, and the hatchback open. Only warning, the finish on the car is weird, looks wonderful, but if you hold with bare fingers (use white gloves!), makes cloudy marks that never leave. You can't see them unless you tilt against a light (impossible to show in pictures)...but it drove me crazy when it happened (bought a K.A.R.R and it had it also in some places). 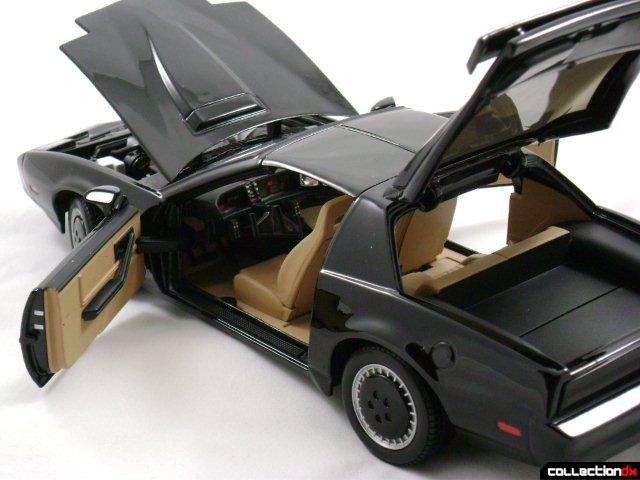 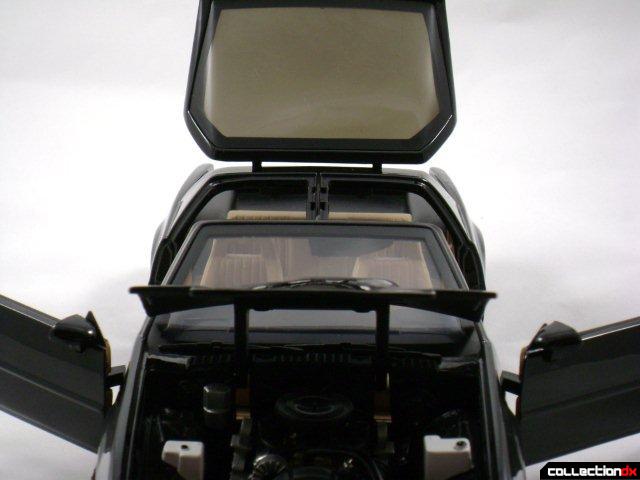 The electronic "cylonesque" eye from the show is present and works wonderfully, "Micheal, are you watching?" (video at end) 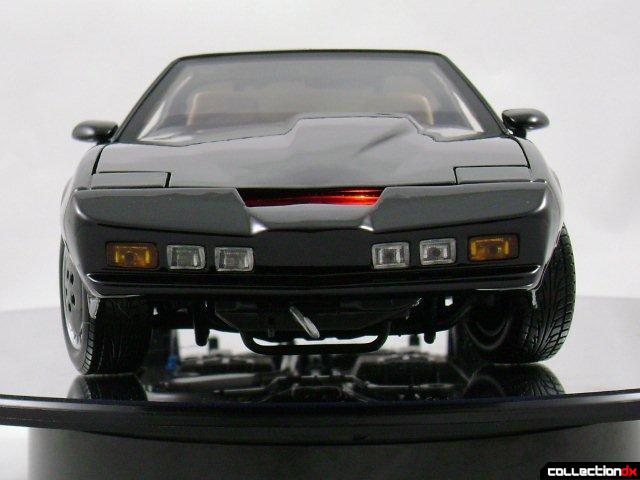 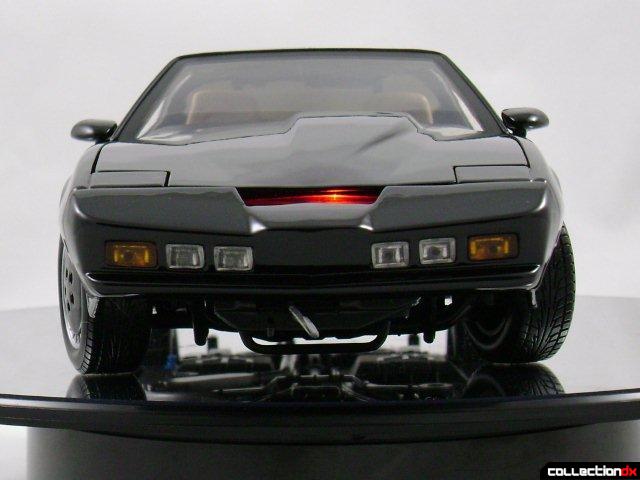 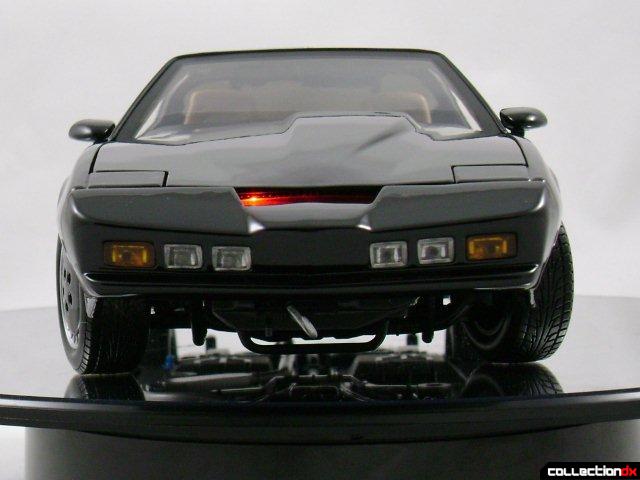 I have to say I collect these things because you get such quality for such a reasonable price (when released). Look at the dashboard, all the colors, even the Knight Foundation icon on the steering wheel. 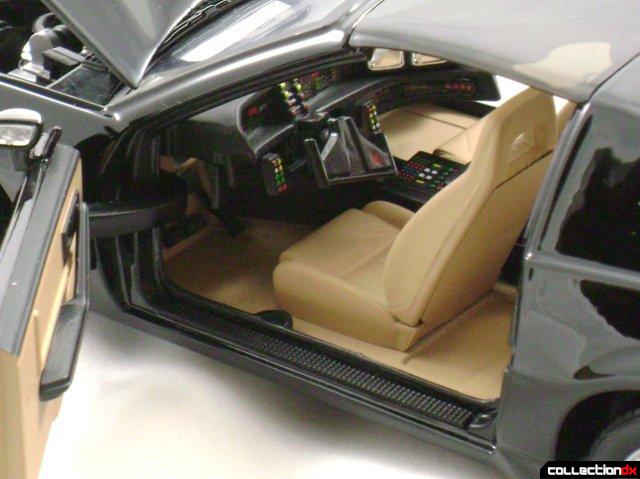 The engine is no exception, from the air filter right down to an oil filter. Makes you feel like it could start up! 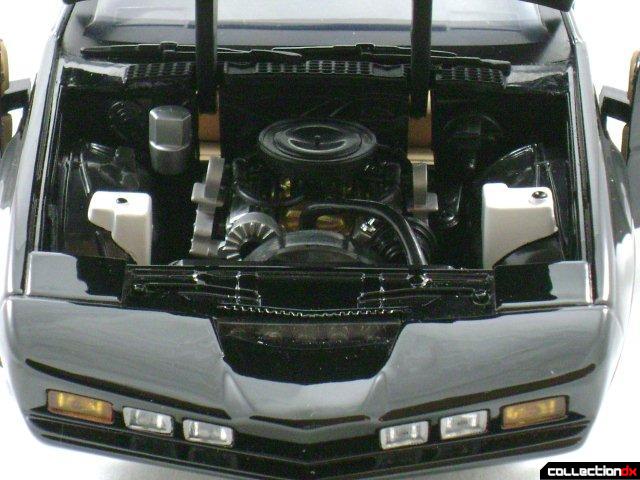 The right side seat even has an ejector feature, "Ciao Villain!" 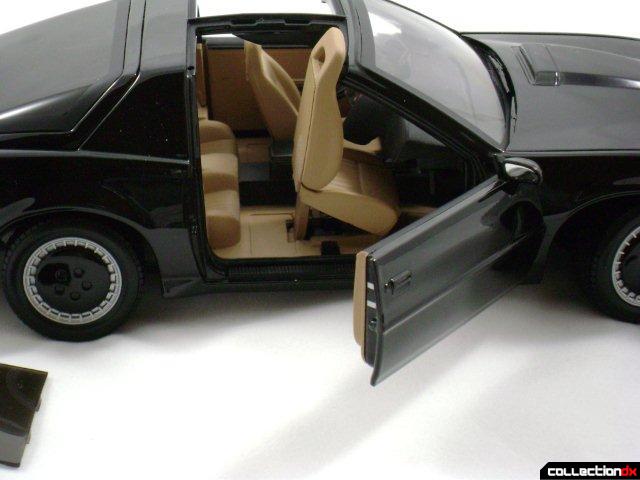 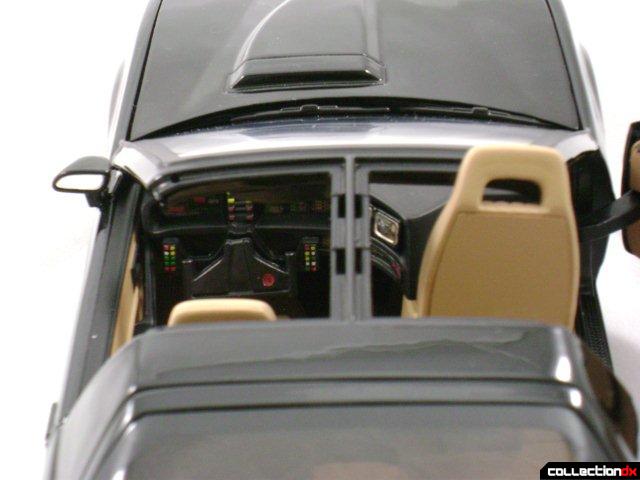 A spring-loaded tow cable under the front end... that works! 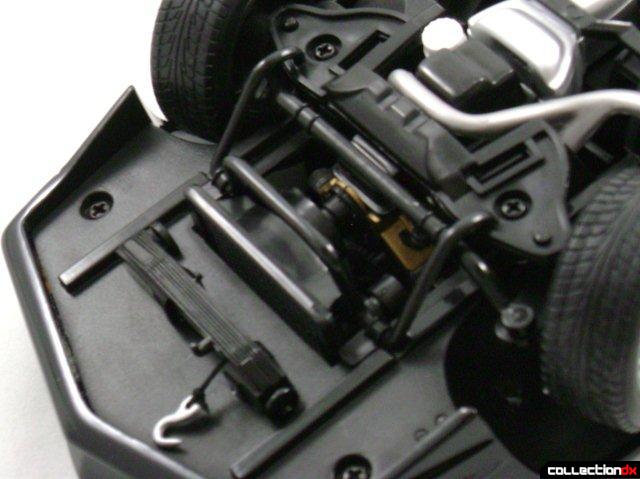 The only flaw comes from the removable T-roof It comes out for cool and full effect, but falls out very easily, and does not stay in place well in "normal mode". 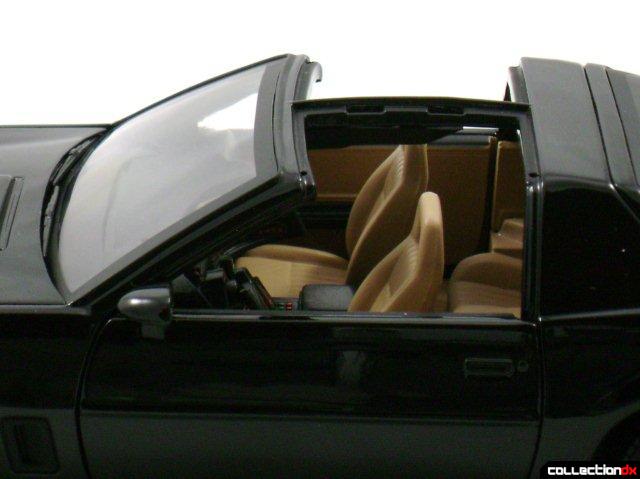 Overall a great collectible, die cast greatness, and only one minuscule flaw. I am blown away by how inspiring this intricate rendition of my 80's sci-fi hero is (not Michael...K.I.T.T.!)...Bravo Joyride...Ertl. 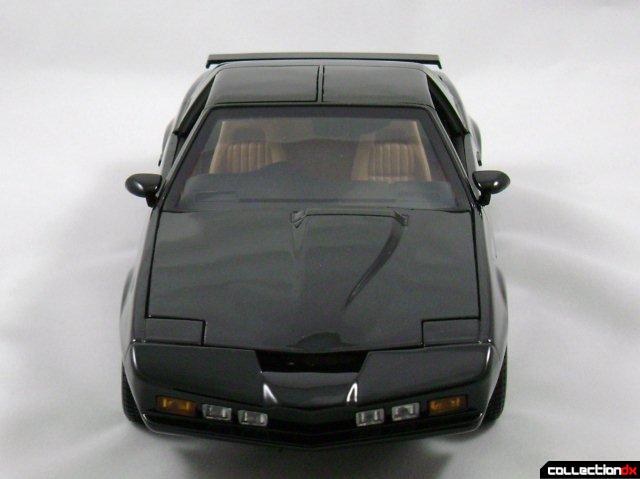 4 comments posted
One of a kind

I recently got back from the 3rd annual Knight Rider festival in Vegas, seeing all the KITT cars there really made me miss my own KITT model back home in my room. I'd say to any collector out there to hurry and grab these, i was considering buying a new one but the price just kept on going up on Amazon till it just reached 200 $, i think if i were to find it for the prince mentioned here id probably go for it.

I do have 1 questions though, I've seen pics over some websites of a Model KITT in super pursuit mode, i haven't been able to find such a thing on the market yet and thought id ask if anyone knows how i could get one or if it was just a custom made model? and thanks for an awesome review.

Aoshima has a 1/24 kit of the Super Pursuit Mode KITT.

Great review, too bad I missed out on this one. I'm not ready to pay asking prices now. Those smudges you talk about can be buffed out. I used car polish and a soft terry cloth to buff out irregularities on my 1:18 batmobile. It had a finger print and some bad orange peel, I successfully buffed it out without even leaving swirl marks.

I had the same thing happen with my batmobile I reviewed, it worked (what you advised). with K.I.T.T did the same thing greatly reduced it but still can be seen. Thanks anyhew:)