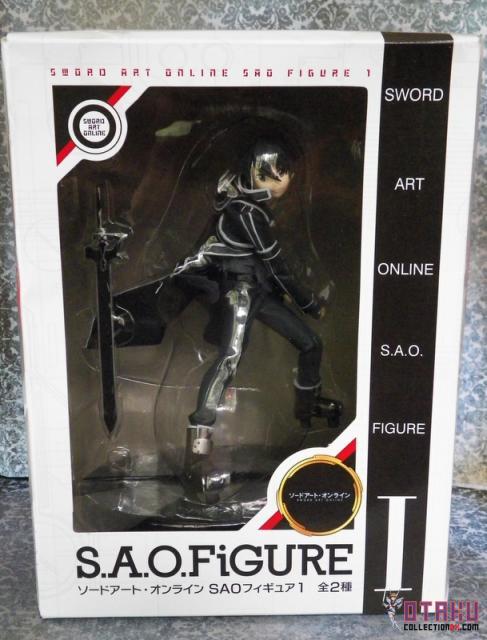 I'd seen this guy everywhere, and he has a matching Asuna. The box is pretty big; I had to mail this one to myself from Seattle because I couldn't fit him in my luggage. 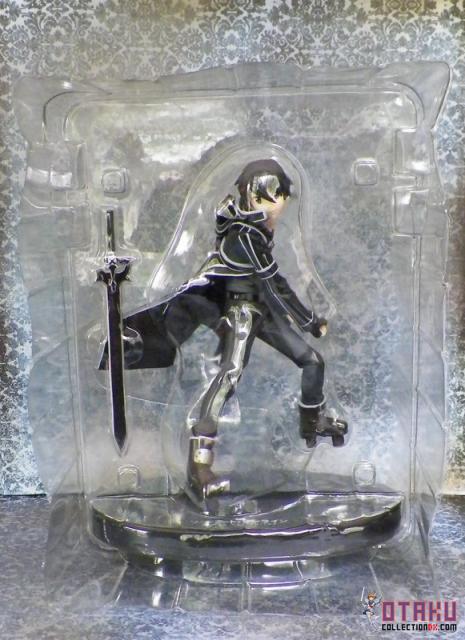 Here he is in the case. The pegs on the bottom of his feet that plug him into the base are gigantic. A better, bigger look: 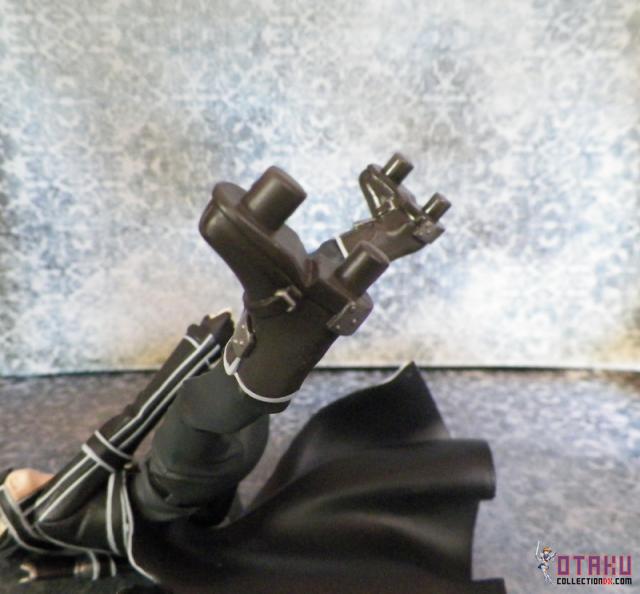 Just huge. Not at all graceful. 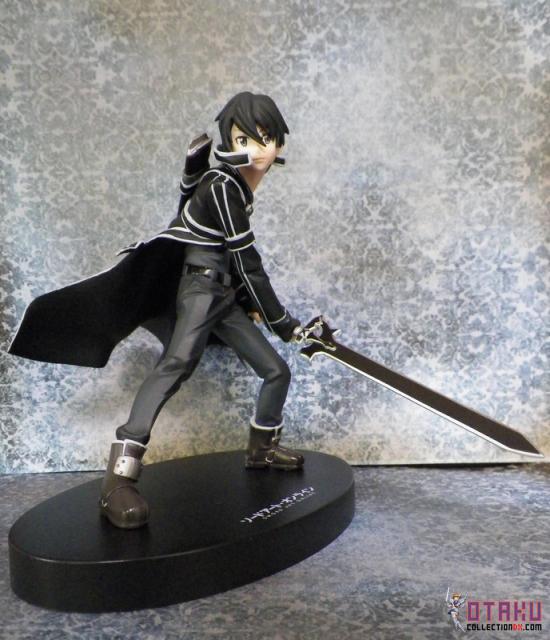 Here he is out of the box. At first glance his sculpt seems cleaner than Asuna’s, though his face seems a little generic and not terribly Kirito-ish. 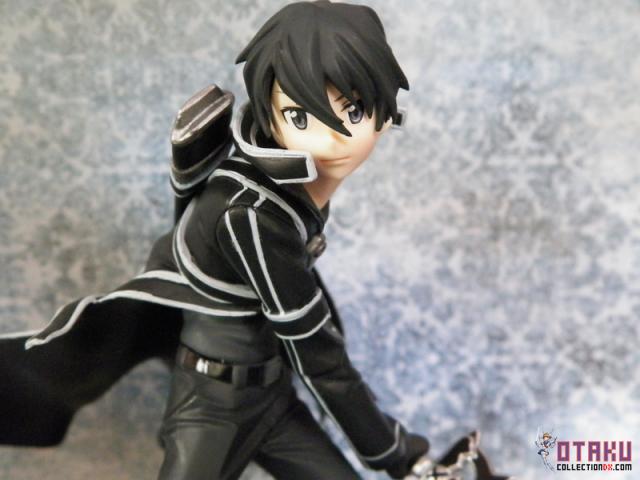 The shadow over his nose probably doesn't help anything, but still. You can see how un-Kirito he looks from this angle here. 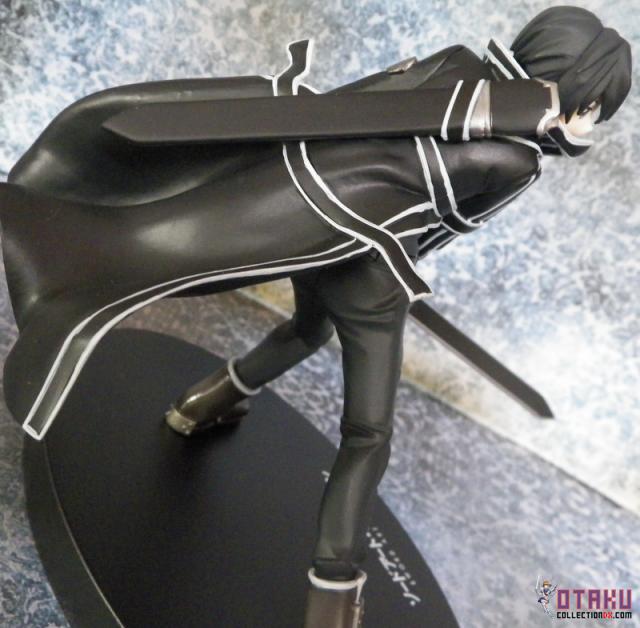 The movement in his jacket isn't terrible. And you can see in the white trim on his coat that the paint lines are much cleaner than Asuna's. 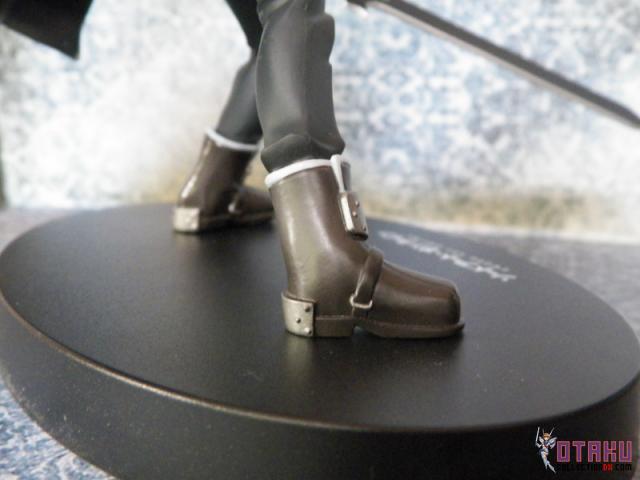 His boots look nice. No sign of the utter clunkiness of the pegs. 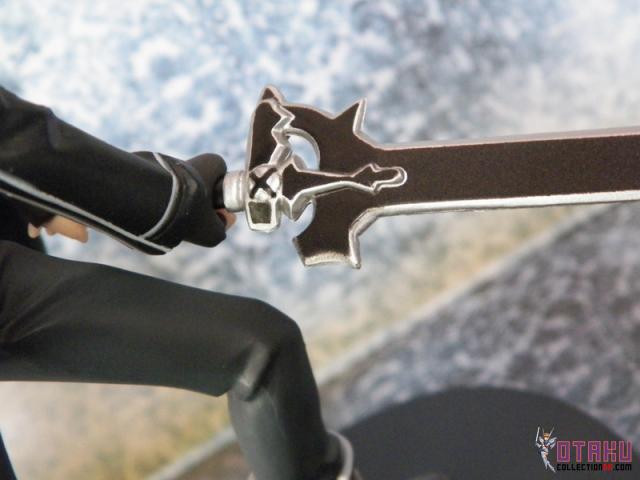 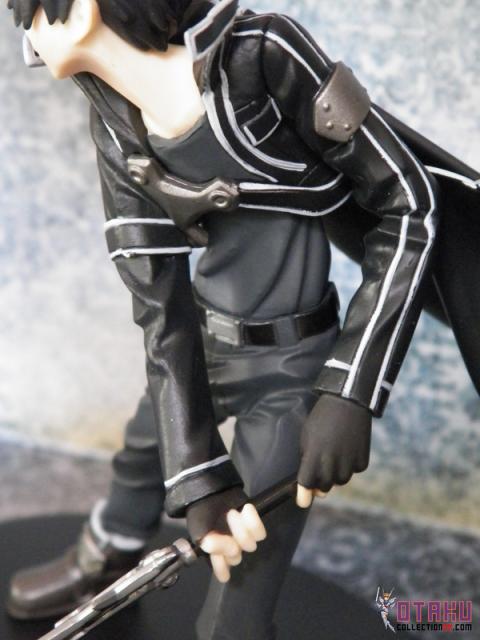 The details are true to the anime. Everything from the chest straps on his scabbard to the fingerless gloves is nice. 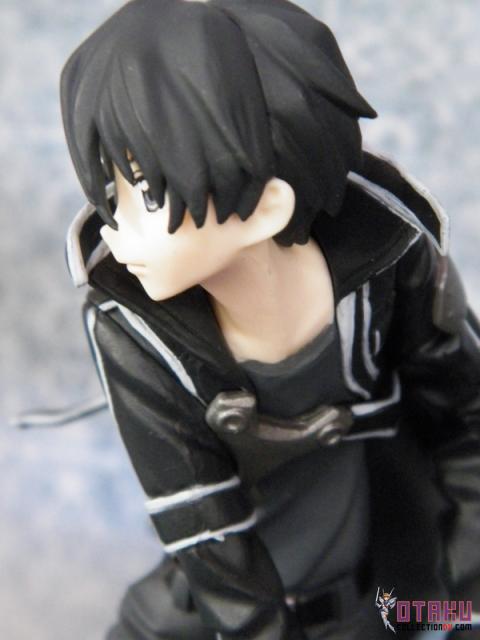 This is really the only angle where he looks like Kirito in the face. 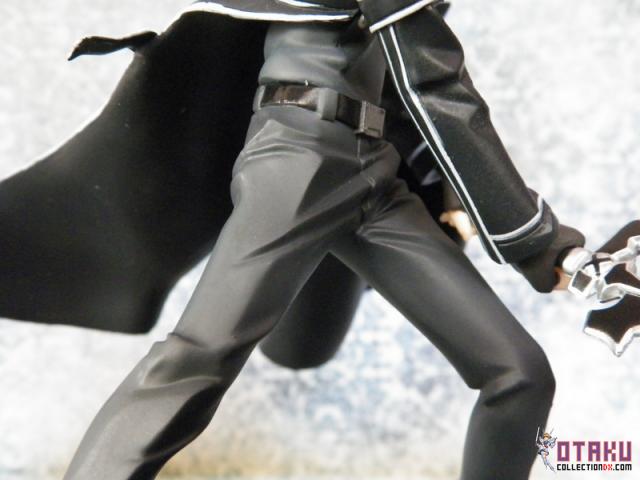 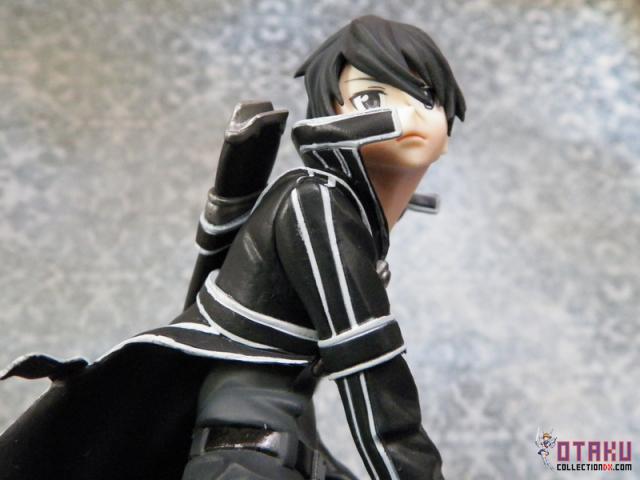 You can see a little bit of sloppiness in the paint job here just above the arm cuff, but nothing like Asuna. 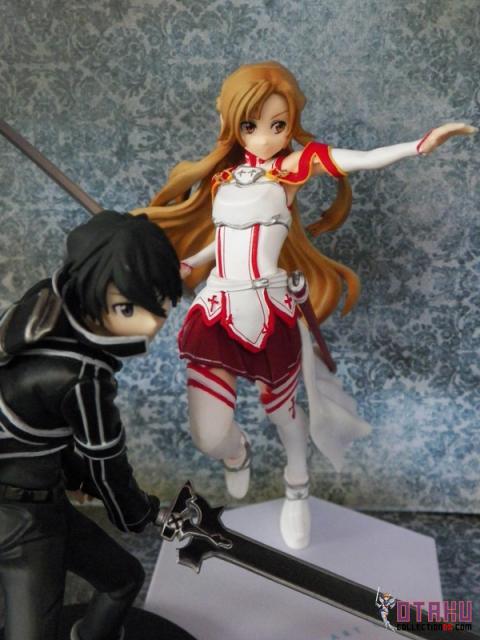 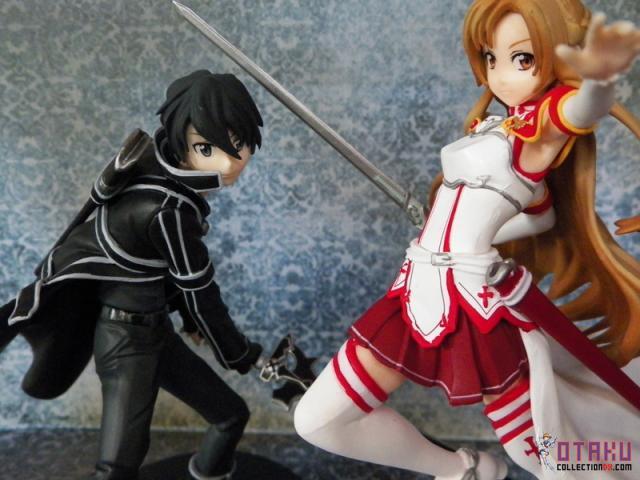