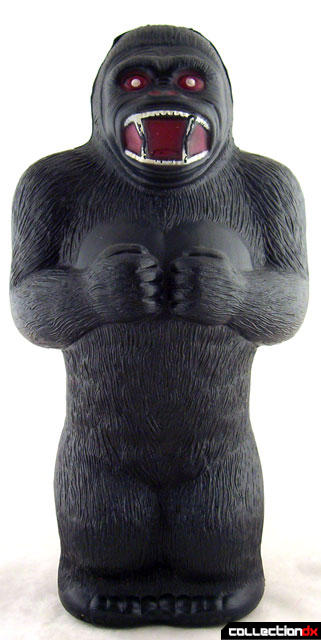 Renzi is a company based not terribly far from us in Leominster, MA and they are known for making a lot of cheap blow molded toys and banks. They made a lot of big, plastic cars and one of their most sought after releases among monster collectors today is a very rare car with four monsters (Dracula, The Mummy, Frankenstein and The Wolf Man) sitting in it.

This bank is called "King Koin" but I think we all know that it's meant to be King Kong. It even features a pose that is suspiciously similar to the King Kong toy made by Marx in 1960.

The bank is about 17" tall with minimal paint details applied. There is a slot in the top of the head to drop coins into and you need to cut out a hole in the bottom to retrieve them. There is no stopper.

I really liked the sculpt of this thing the very first time I saw it. It's primitive simplicity makes me think it might have been a statue sculpted by the inhabitants of Skull Island. This looks as much like an idol as it does a toy, at least to my imaginative eyes. It's face is somehow both goofy and menacing all at once. 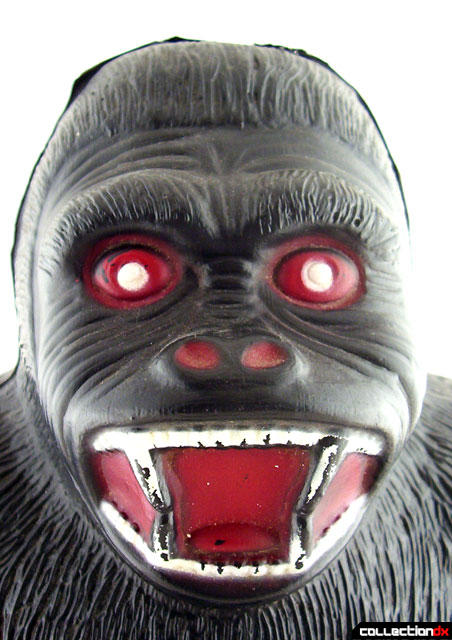 When I first found out about it, I asked if it was hard to get/expensive and was told it was actually quite common. I got mine on Ebay not long afterward for less than $20 shipped. But then a month or two later, I found two more on Yahoo Japan of all places....and these ones were much smaller. 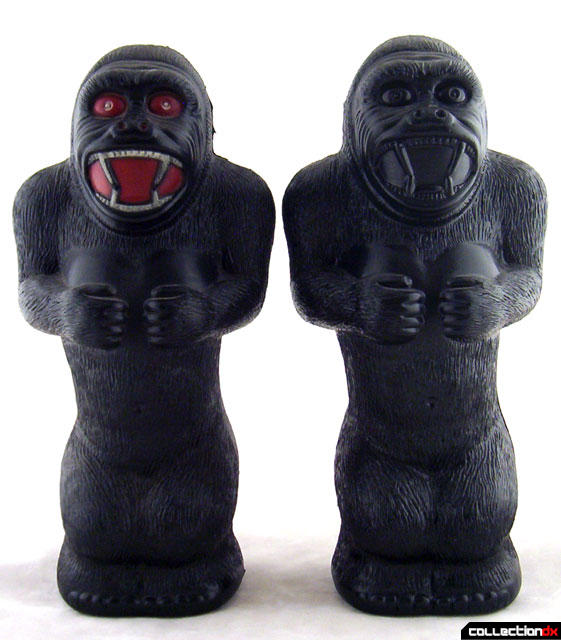 I asked my friend again about them and he had no idea what I was talking about. He'd been collecting monsters for years but said he had never seen a Renzi Kong in this size (11"). So, naturally, I bought them.

When they arrived, I noticed that they were not the same. Not only was one painted and the other unpainted, but the unpainted one did not have the Renzi copyright info on the bottom. Strange! Other than this, they appear to be exactly the same.

I don't know what the deal is with that, but I was glad to have some unusual variations, especially since I didn't pay much for any of them yet. Still, I thought it was funny that I had to have these shipped all the way back from Japan when the company that made them was so close to my house!

When I told my friend about these smaller ones, he did mention that he had seen another unusual variation years ago... a pink colored one! He said he thought it was goofy and didn't bid, but later regretted it. Well, when one popped up just a couple of weeks ago, I was not about to make the same mistake. 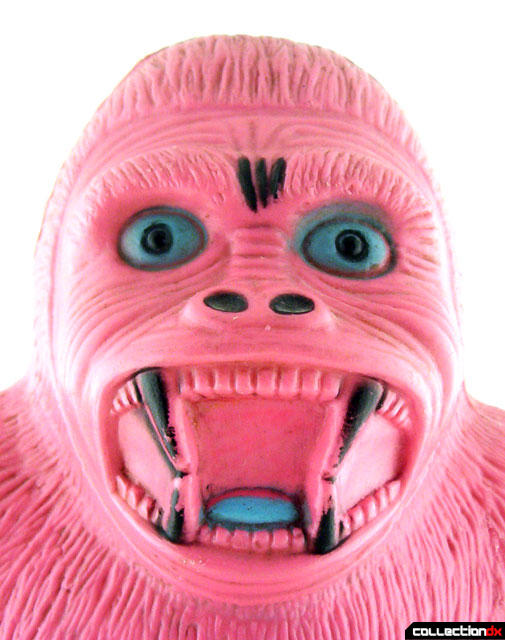 When I got it in the mail, I noticed that there was more to it than just being a different color. It's actually a very slightly different sculpt than the regular black version. Notice that the waist is wider, the arms are lower and the butt-crack is more pronounced on the pink than the black. 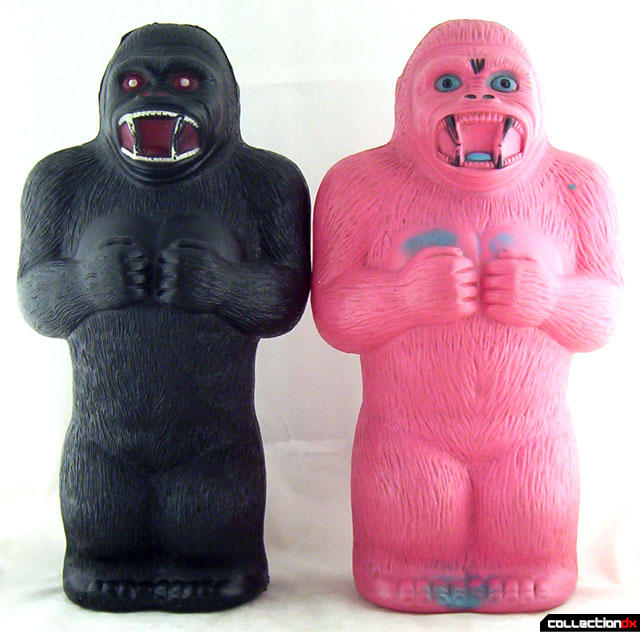 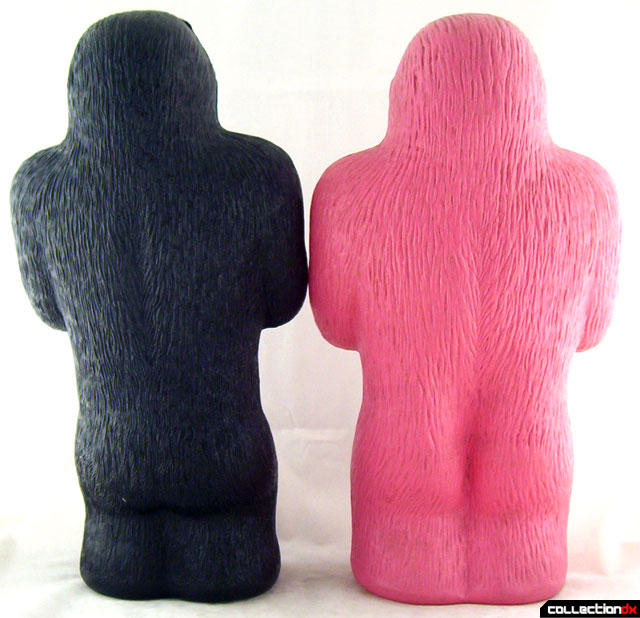 It seems that this pink version is particularly rare, having only been seen (that I know of) the one other time. But it might not be the rarest one. One friend told me he thought he remembered seeing a lime green one in a book one time. But it may be false memory or something that wasn't produced. But you can bet I'll be keeping my eye out just in case! Always room for one more in the Kong collection.

5 comments posted
What's going on with all

What's going on with all these pink King Kongs as of late? It's weird enough that one would exist,but now we've seen at least two.

There is a light brown/gold version of the larger sized one on Ebay from a seller in Argentina, but he wants $300.

I know. In fact, I wasn't going to publish this because I didn't want to draw attention to it, but no one else had published anything for a couple days and it was all I had ready. And I figured no one here would care anyway. He'll never get $300. The most I paid for one of these, the pink, was $50.

Not that anyone is too terribly interested, but for the sake of completeness, I did end up getting that brown bootleg one....and a red one...and the light green one (which admittedly looks blue in this picture).

The eyes on that black one though...makes him look like he's going to eat your soul...