I must have been asleep at the switch, so to speak. Somehow a Jumbo Ranger was released and it completely flew under my radar. Actually, not just mine. Nobody I know actually saw this one in stores and I only recently came across it on eBay. The Jumbo Red Legend Power Ranger comes from the "Mystic Force" show, same as the first Jumbo Ranger. I'm not really a Power Ranger fan so I have no idea why there is more than one Red Ranger in the show. Maybe this is some kind of "power up" version? 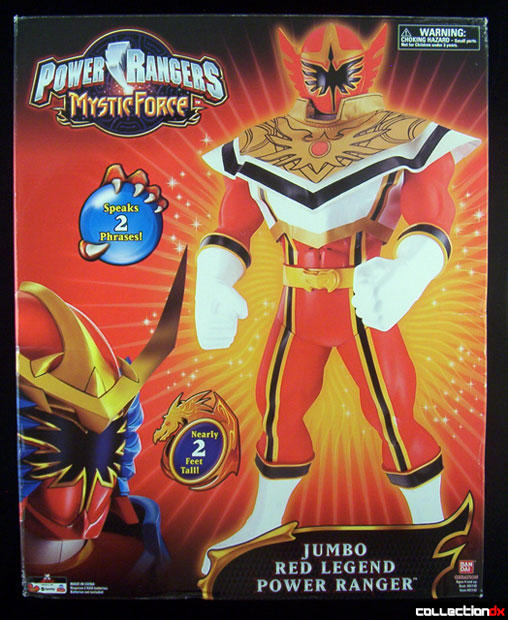 Once again, Bandai Creation uses the same generic body like they also did on the Mega Red Power Ranger from "Operation Overdrive". The only differences from the original Jumbo Ranger is that the hands and feet are now white, the head has a sort of "wing" on each side and he wears a removable covering over his upper chest and shoulders. I'm not sure if this is supposed to be some sort of armor in the show, but on the toy, it's a shiny "pleather" with a velcro strip on the back. 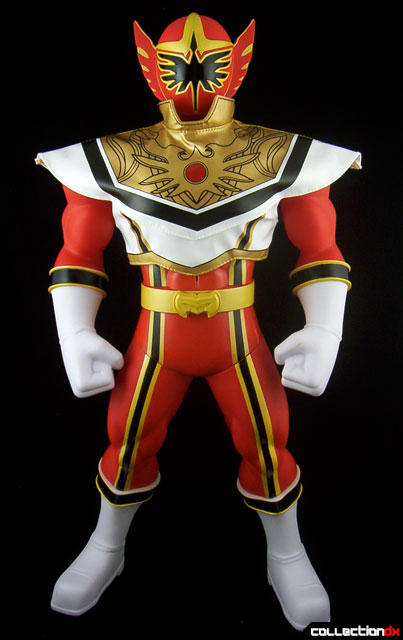 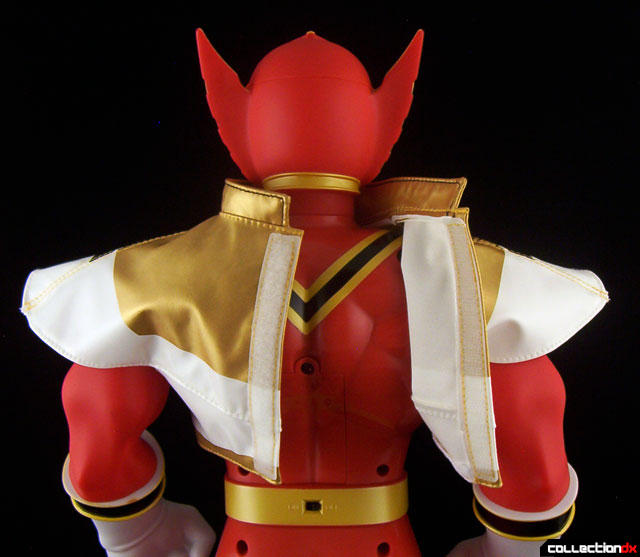 The talking feature is back again, this time saying "It's Morphin' Time!" and, *I think*, "Galwit Mysto Ranger!", when you press the button on his belt. You'll need two AAA batteries to make it work though.

I messed up a bit in my previous Ranger reviews by accidentally listing polyethylene in the material section. Force of habit, I suppose. But so far as I can tell, these are made entirely of hard plastic for the torsos and soft vinyl for the head and limbs.

I can't help but include these in the "Jumbo Machinder" category. Sure, they are totally different, but the initial 7 Jumbo Megazords are generally accepted as true Machinders and these toys are clearly an extension of that line. Like it or not. 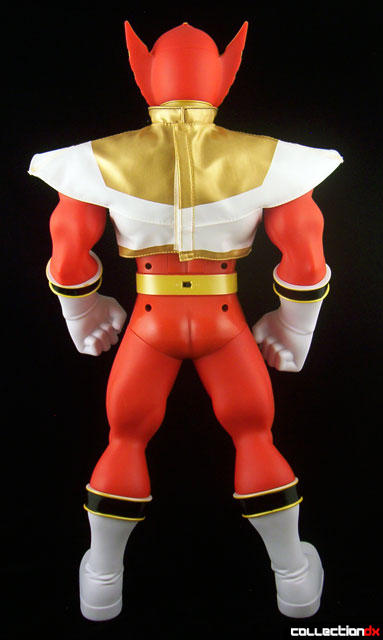 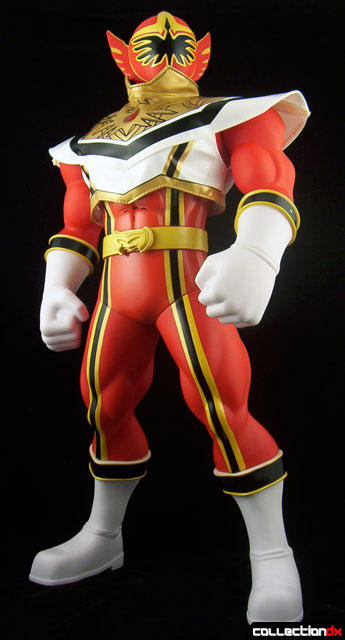 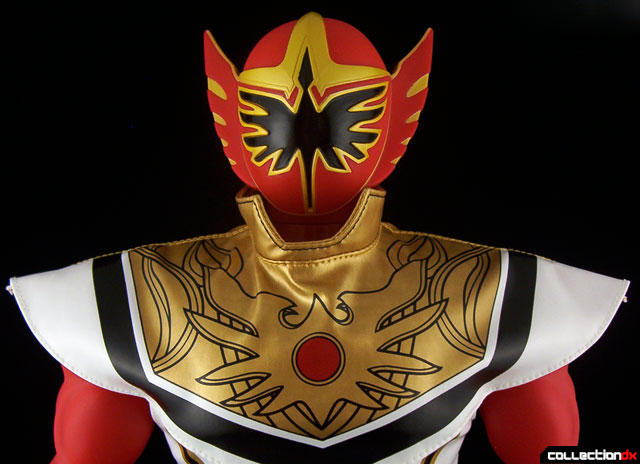 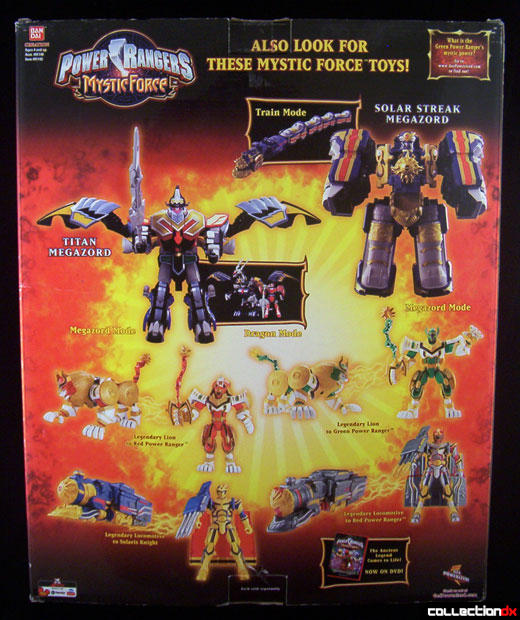 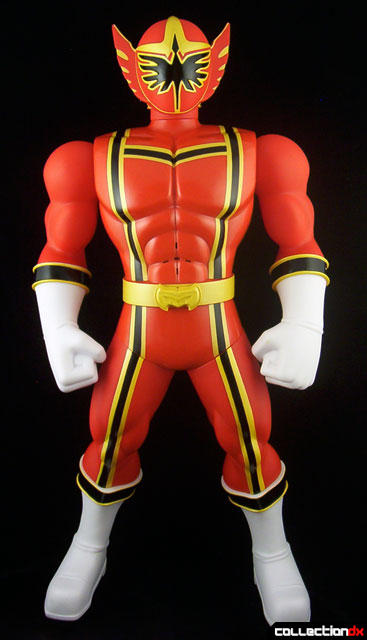 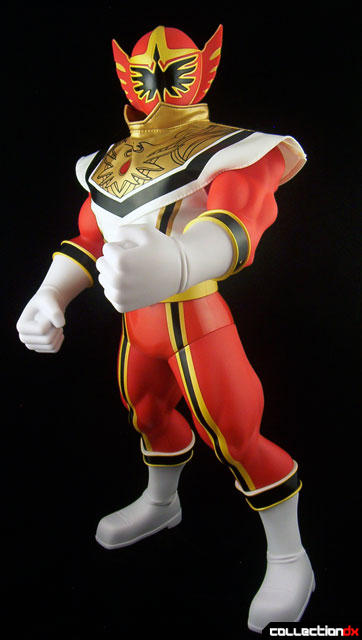 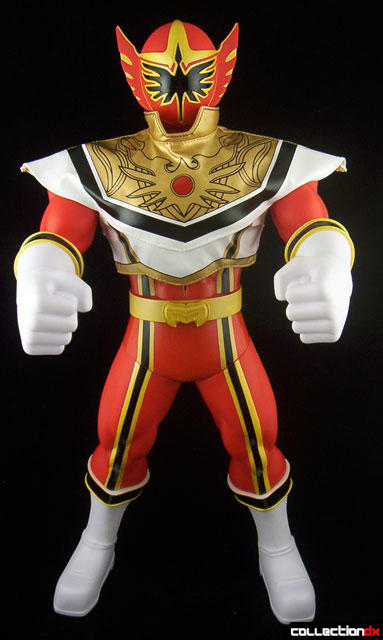 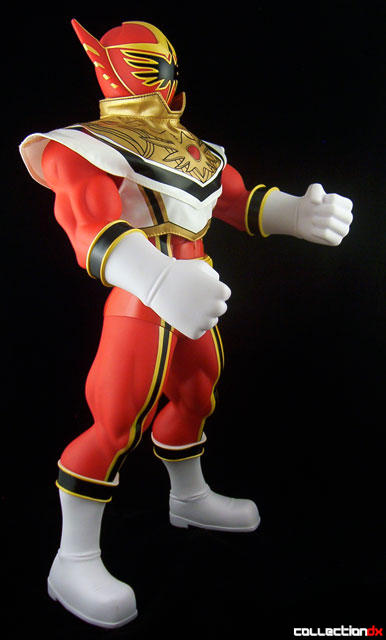 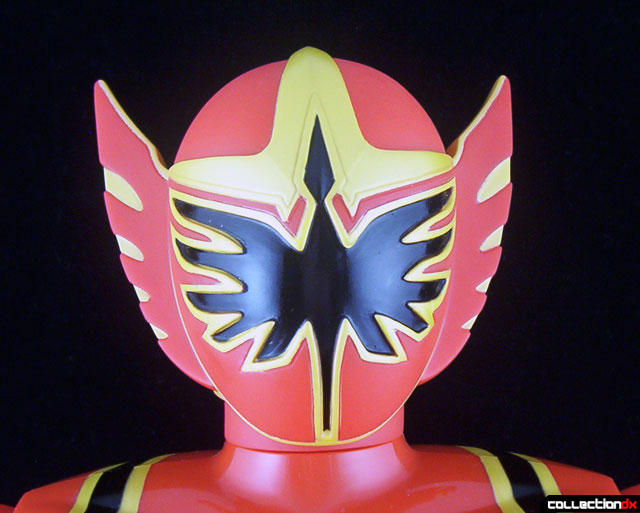 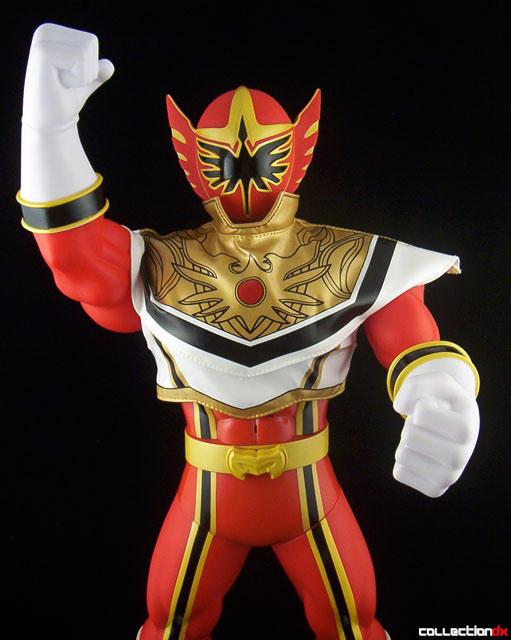