Today I'll be reviewing Hasbro's 2002 Attack Of The Clones Jango Fett's Slave 1. The box is very retro as you can see in the photo below. Picture the blue area's in black and you'll feel like its the late seventies all over again. 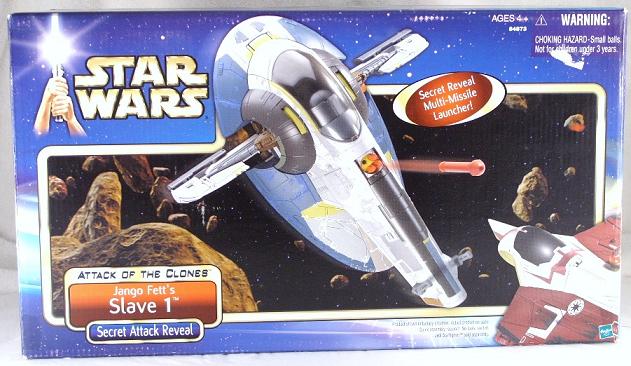 Getting Slave 1 out of the box and assembling is very easy. It's just a matter of attaching the 2 wing arms, foils, cockpit canopy and it's ready for play. The plastic construction is extremely sturdy and it doesn't have parts that fall off when you look at it like the original.

The first 5 pictures give you a quick walk around the ship. Notice the great detail of the paint and weathering. Also, you may be able to tell that this is an entirely different mold than its Kenner predecessor. 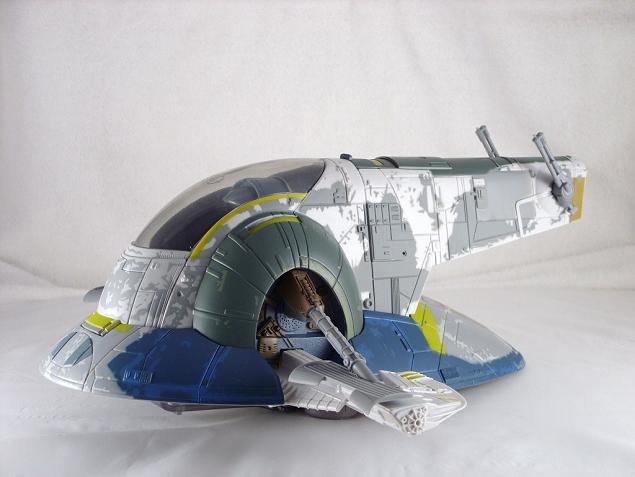 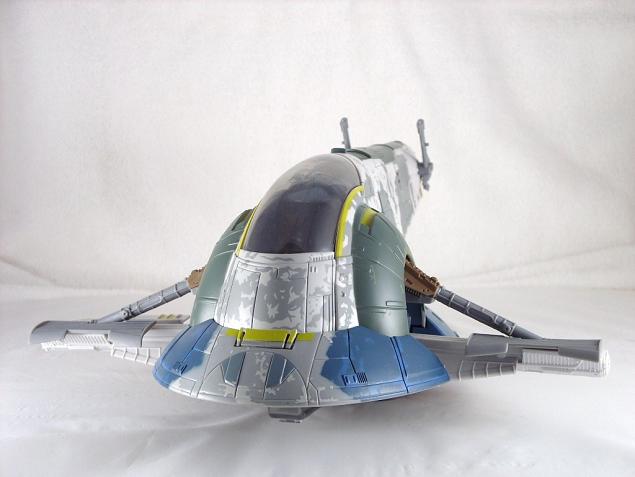 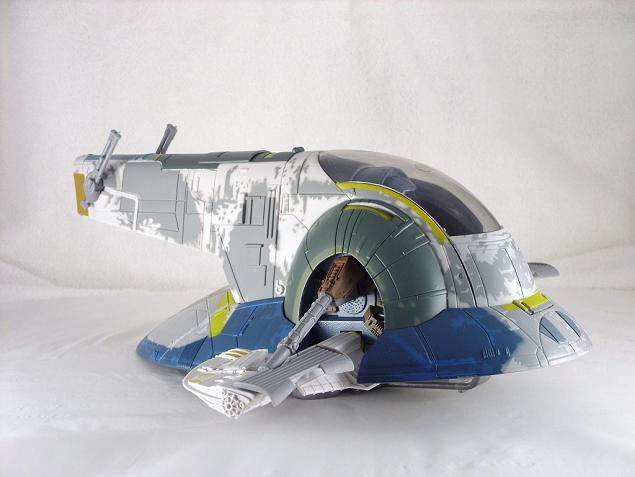 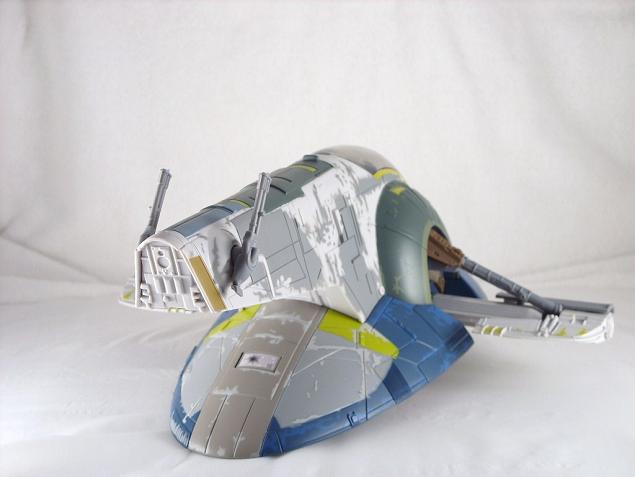 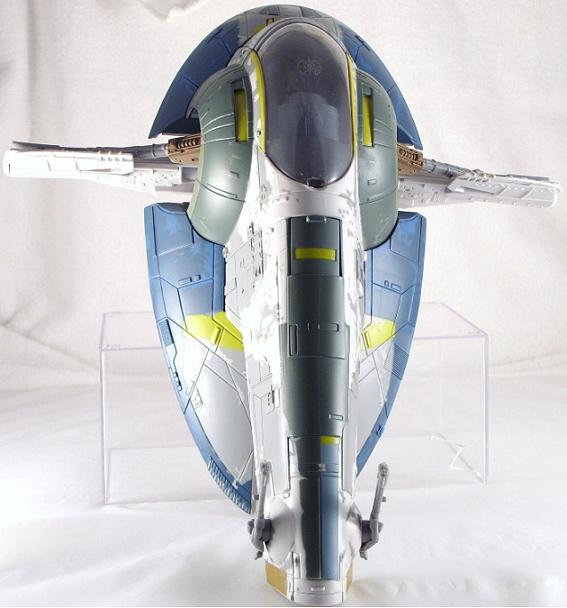 The next picture shows the front of the ship where you can pull down a cover to reveal a retractable rotating Gatling style missile launcher. 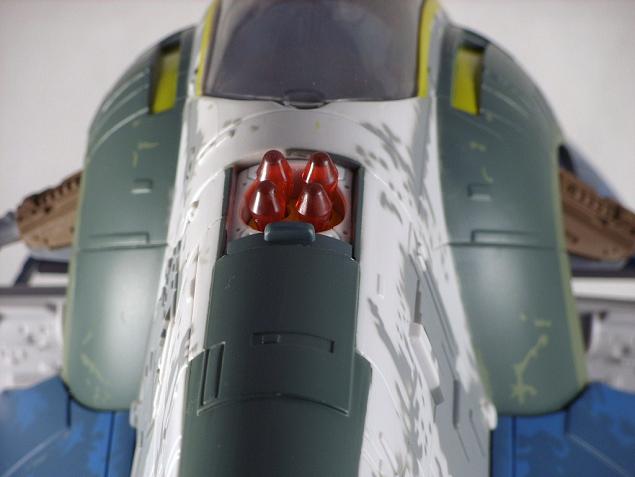 Another feature shown below is the sonic charge release hold (sonic charges not shown). 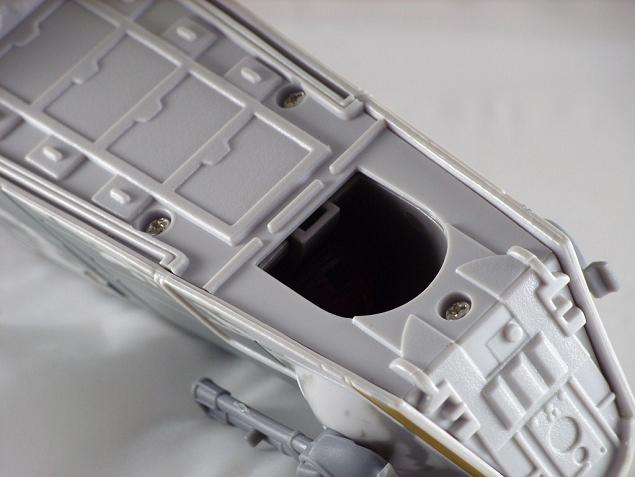 Both of the above features are activated using switches located on the highly detailed back side of Slave 1. The yellow button drops the sonic charges and the small wheel button rotates, firing off the missiles in a clockwise pattern. Note the clips for storing the 4 extra included missiles. 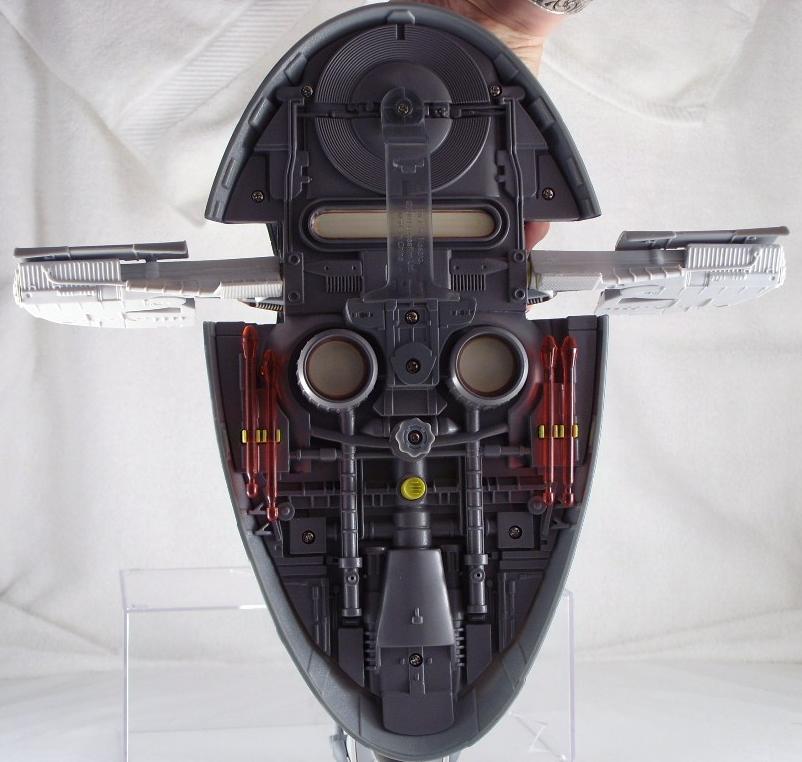 The cockpit hatch swings open allowing easy access for up to three figures. Now you can fit Jango, young Boba, and a prisoner of your choice with ease. 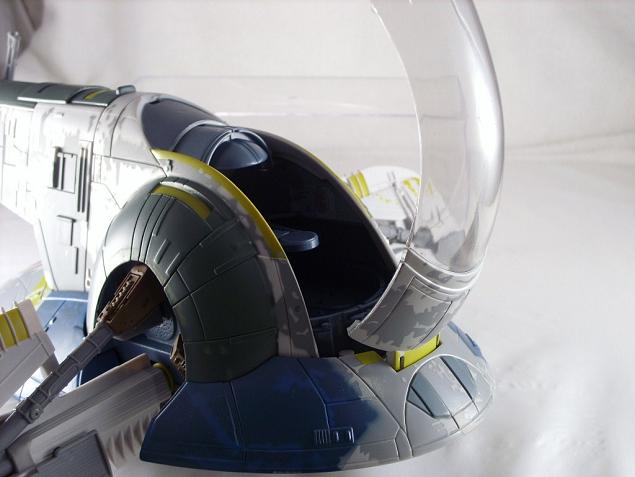 The last photo gives you a good side view of the detailed wing arms and foils. 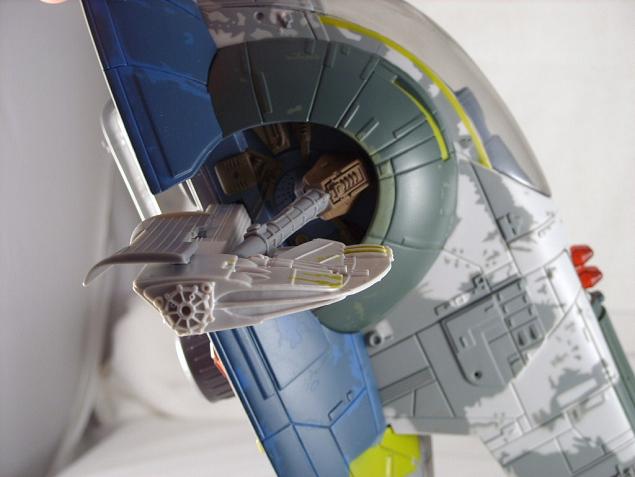 Overall this ship blows away the original in every aspect..... It's sturdier, better detailed and has more gimmicks. If you want a great Slave 1 then this is the ONE to get, no pun intended. This new mold can also be found in Boba Fett's colors. You can acquire either of these must-have Star Wars vehicles for a very reasonable price on eBay.

This was a great review.
I never owned the original/POTF/SOTE Slave-1. Back when AOTC came out I just assumed this was the same version just repainted. But I do recall seeing it in the shops and thought it looked really nice, same with the Jedi Starfighter.
When I find one of these and the Jedi Starfighter at a good price I am going to try and get them.