The original Metroid game was released for the Nintendo Entertainment System in 1986, and it was one of the few games at the time that I actually beat. It was a super fun game, but today I just don't have a lot of video game nostalgia. However, i've always loved the designs, and I was excited when Jakks Pacific decided to include one in its line.

You can get yours at Fun.com

The toy comes in a nice clear window box. Note that this one is listed as "Deluxe" metroid. 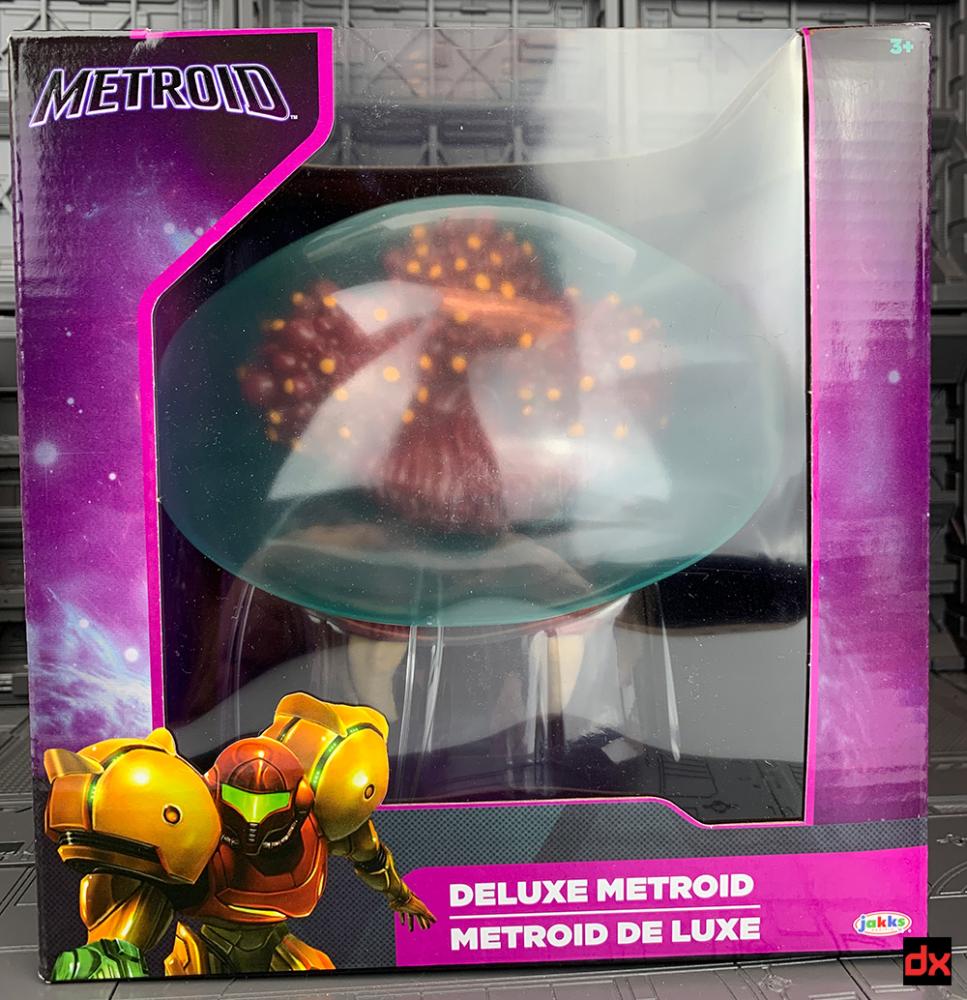 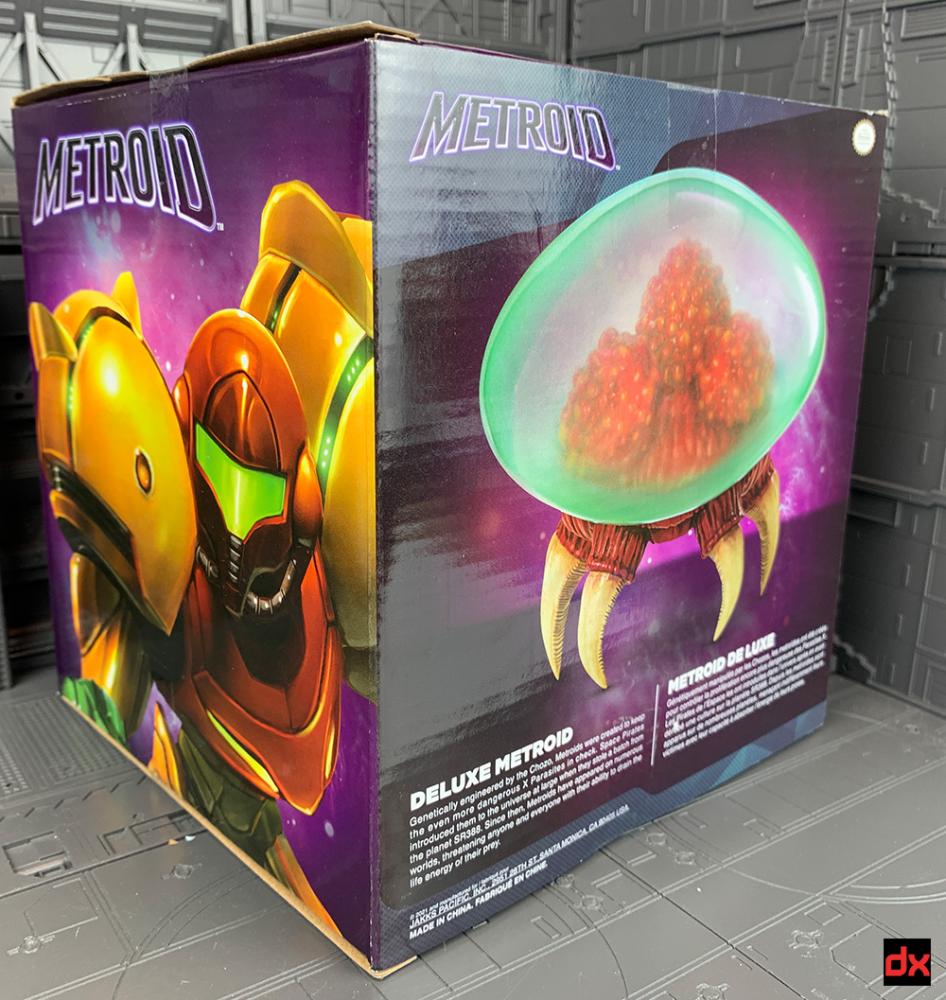 Out of the box, the thing is large. 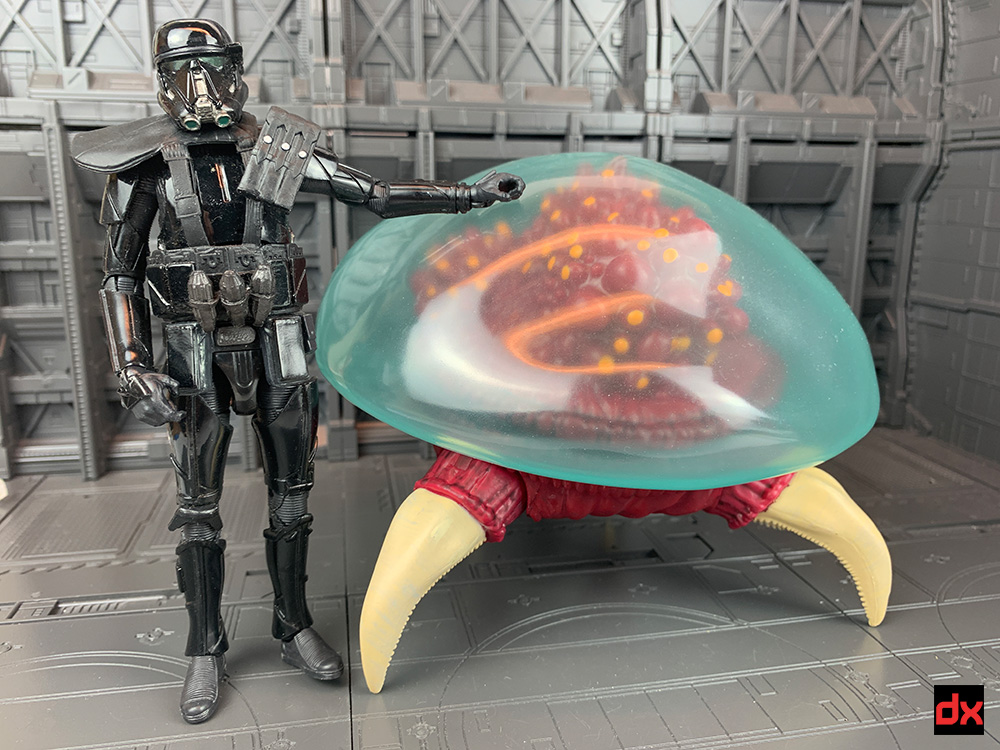 The shell is made of a green-tinted transparent vinyl, and the rest of the body is ABS. Each of the four claws is articulated, but that's all there is for movement. 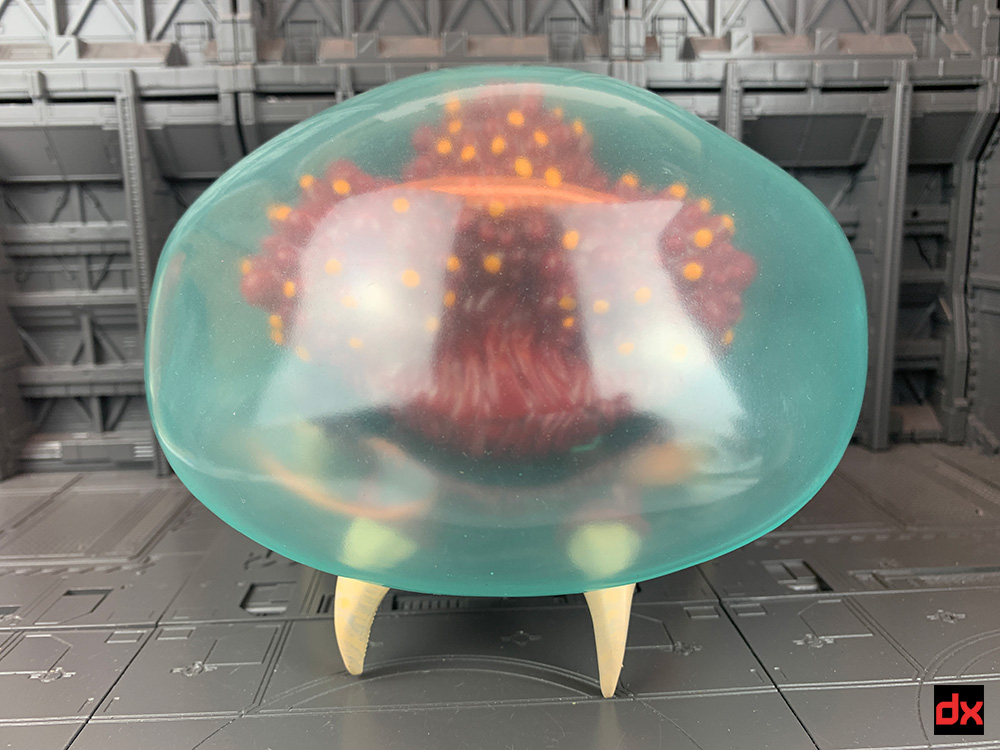 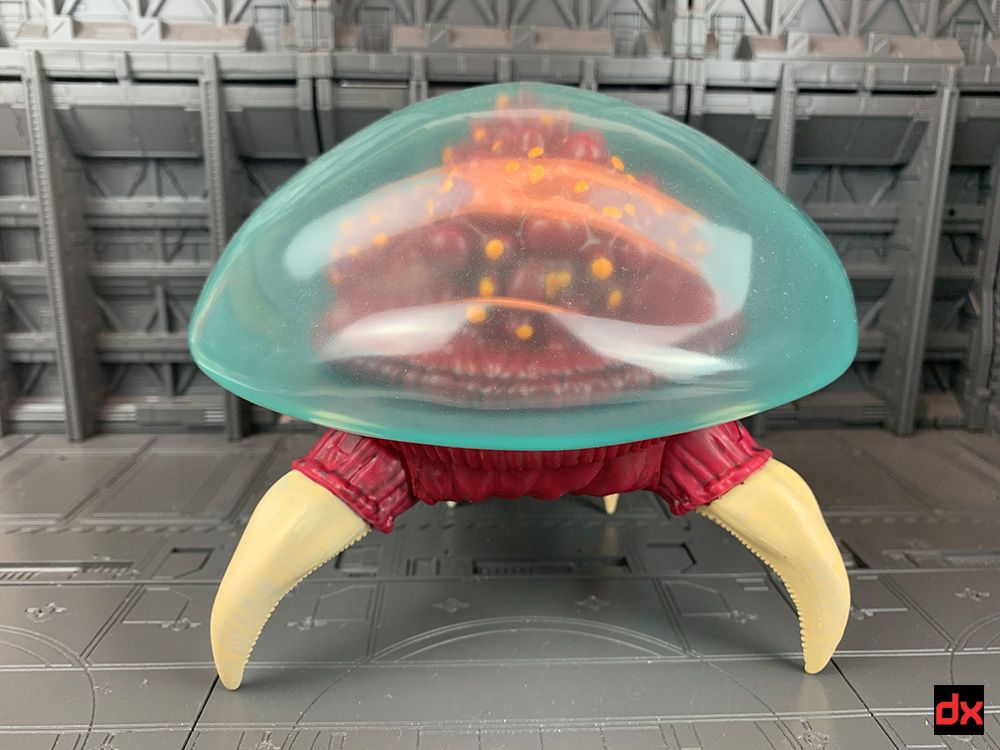 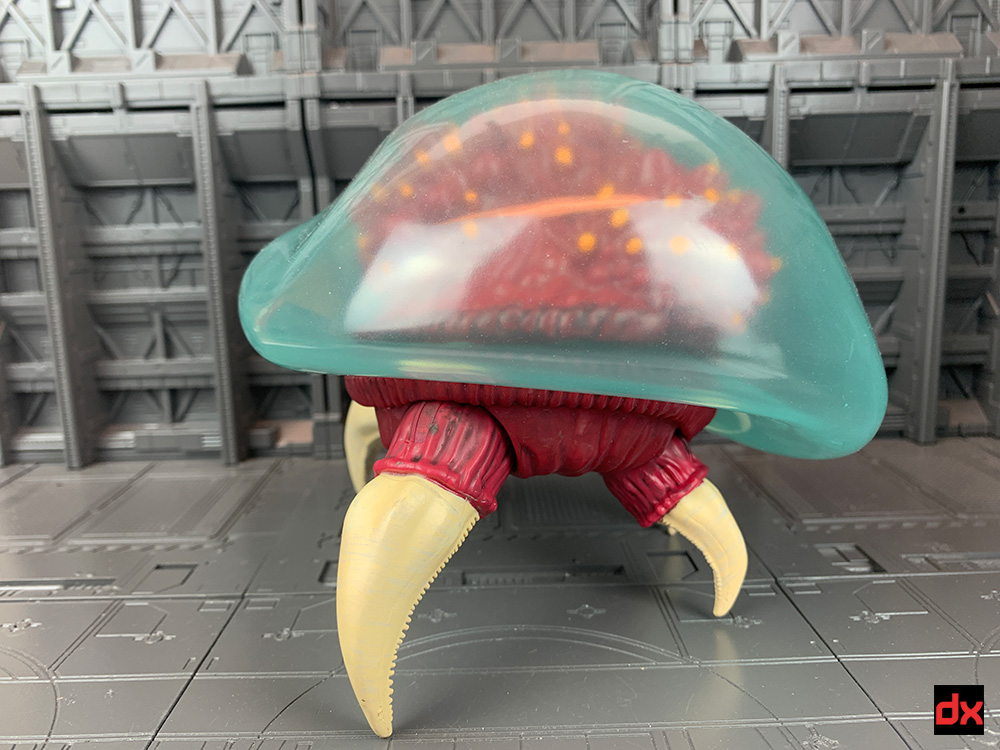 I love the serrated claws. 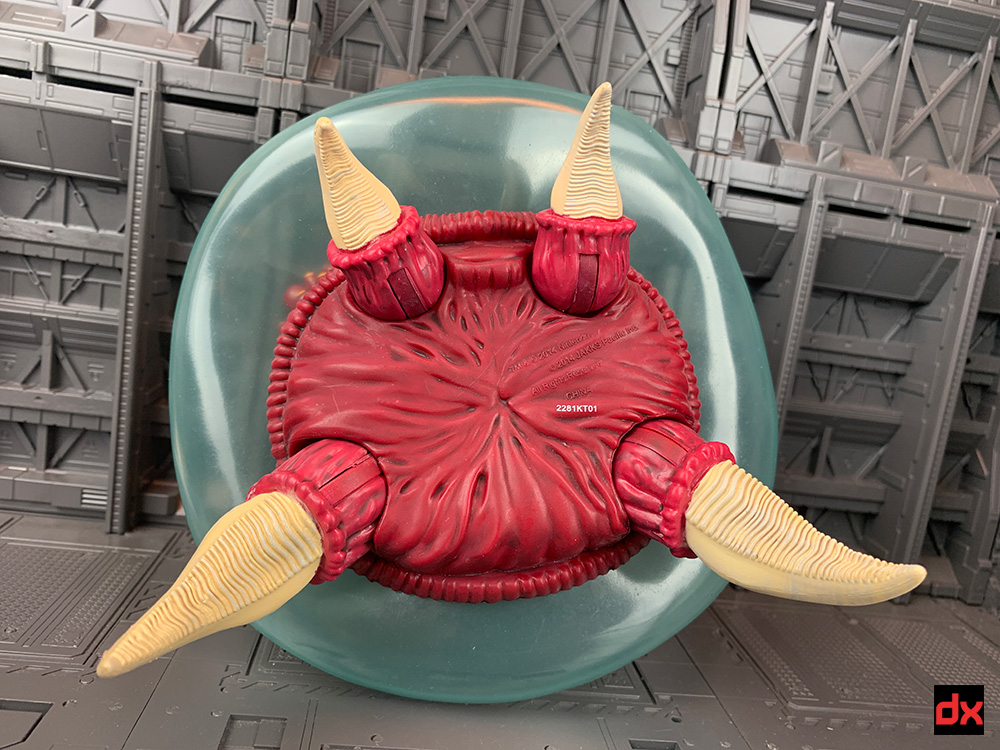 Underneath you can see the hinge joints. Each also rotates. 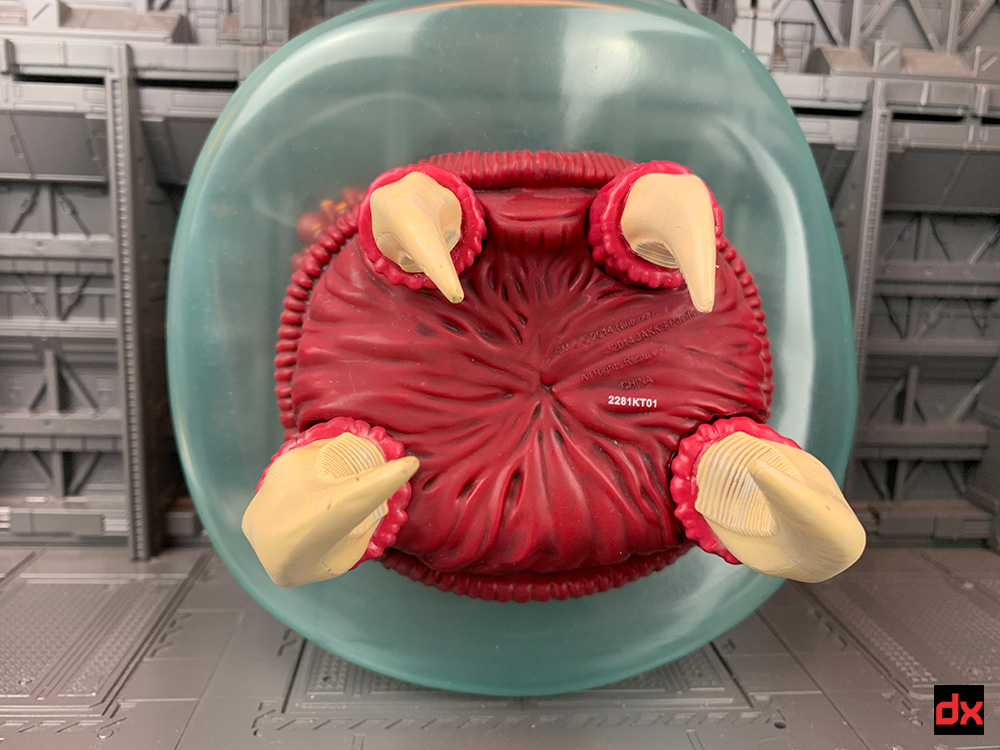 If you want to make it float like it does in the game, you need some kind of stand. Here i've used a flightpose stand. 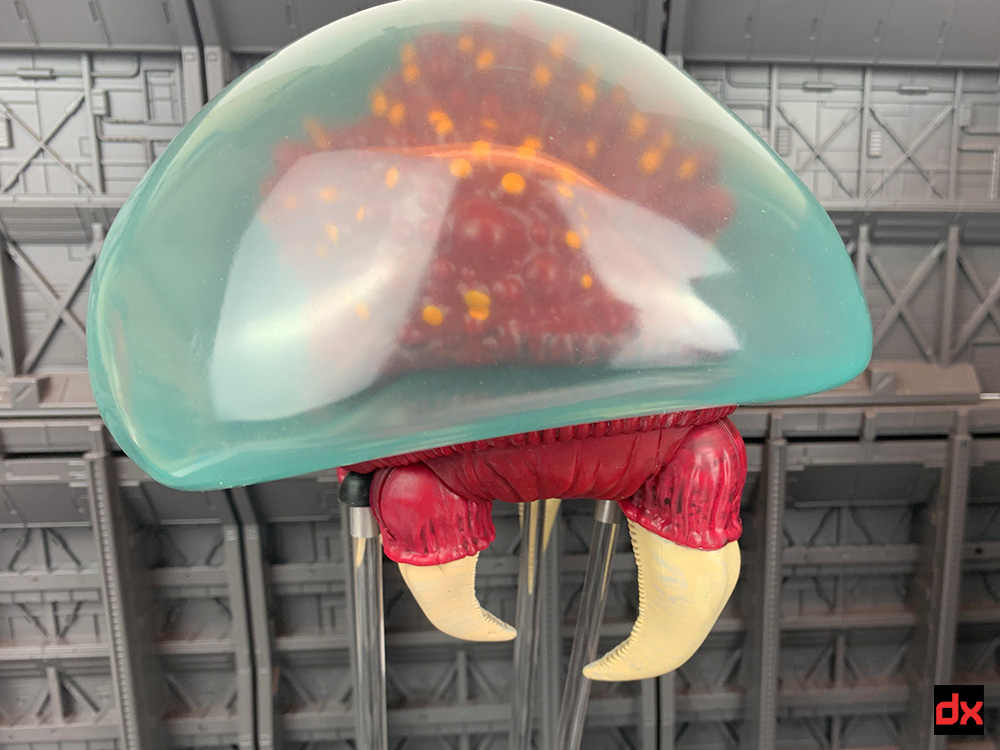 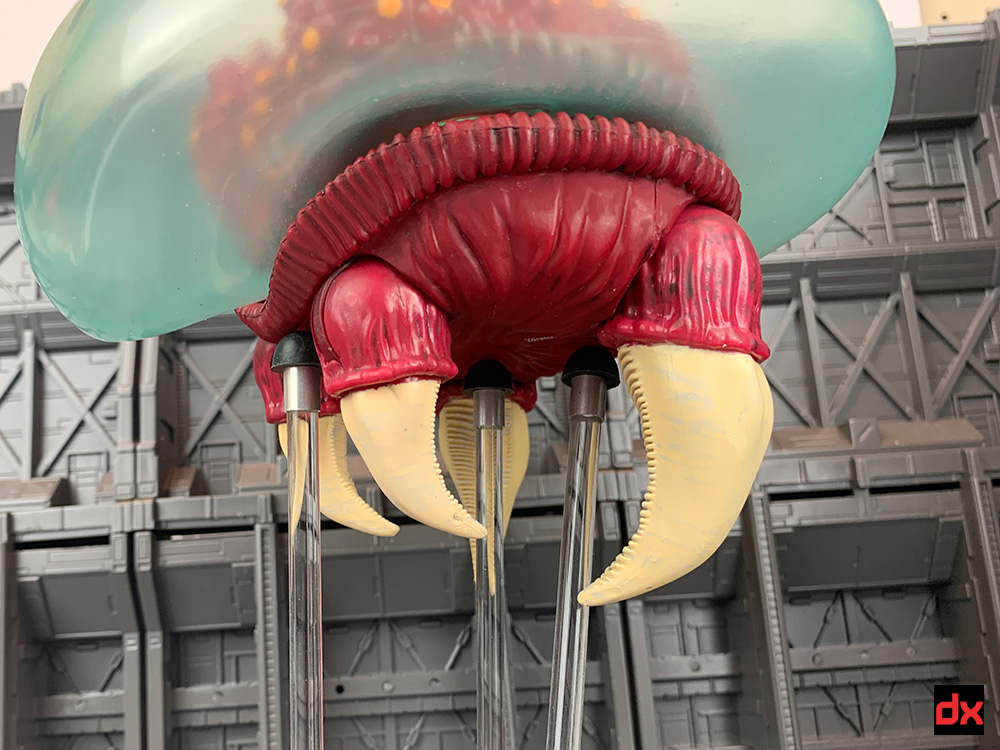 The "brain" has a bunch of cool detailing inside. It looks really alien! It reminds me of the Brainoid from Fisher Price's Adventure People. 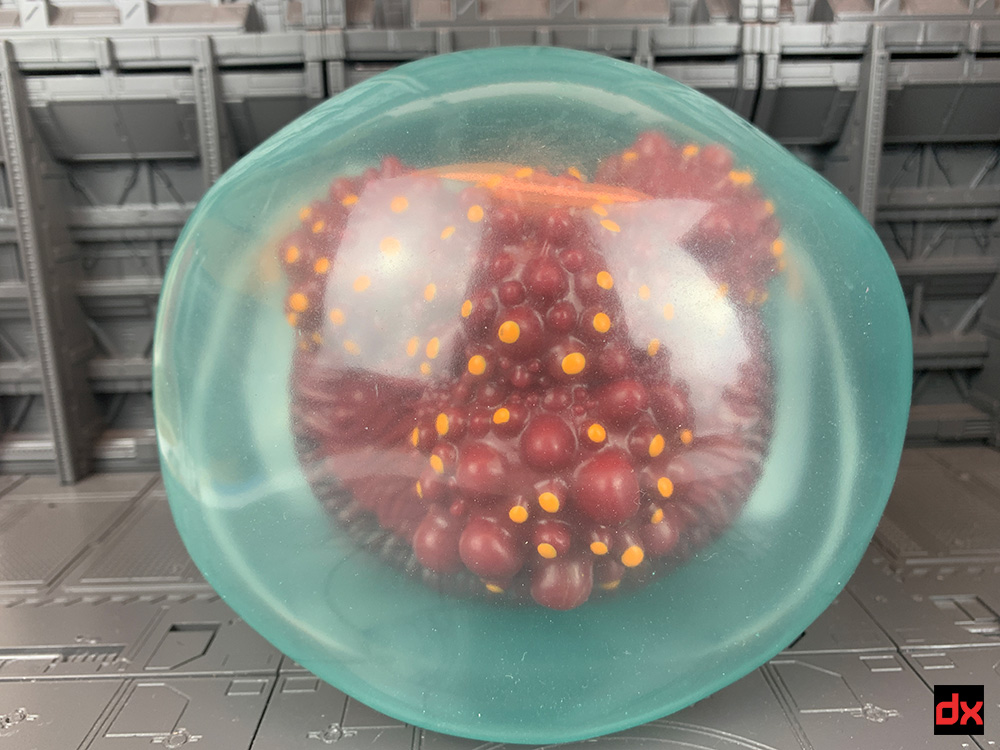 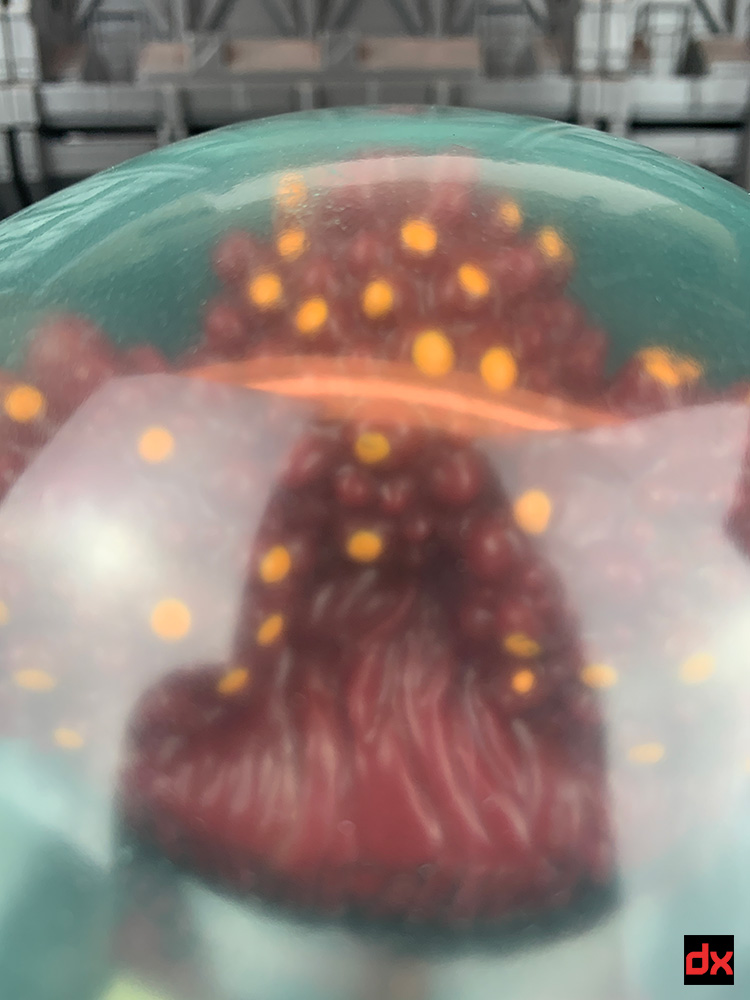 Metroid is super fun, but really it's more of a display piece. Having one of these on the shelf shows off your nerd cred for sure.

You can get your Metriod at Fun.com