The Invisible Man is a character that I tend to forget about when I think about the Universal Monsters. To me, it's all about the big five: Dracula, Frankenstein, The Mummy, The Wolf Man and The Creature From The Black Lagoon. But while I may not have the same fondness for the movie as I do those stalwarts, this 12" figure of the character produced by Sideshow Collectibles is among the very best they've had to offer. It's another one that was out for quite some time before I finally picked it up, but it is really great. The detail and craftsmanship here is tremendous. 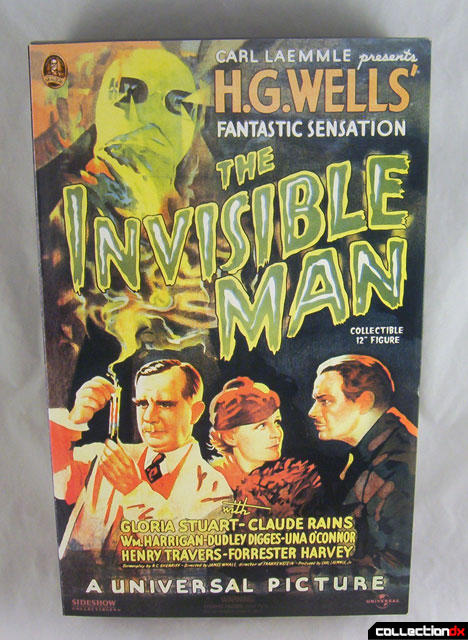 The doll comes with several layers of clothing, starting with a long overcoat. Beneath that is a suit jacket and pants, along with a white shirt and a scarf. He also has his own socks, shoes and hat. The gloves are molded onto the hands and are not removable.

He comes with several nice accessories. Besides the hat, you also get a pair of thick, black glasses with fake nose. This can be wrapped around his head with using the attached elastic and placed over the eyes sockets. The hair that "sticks" out from beneath the head wrappings is a great touch. 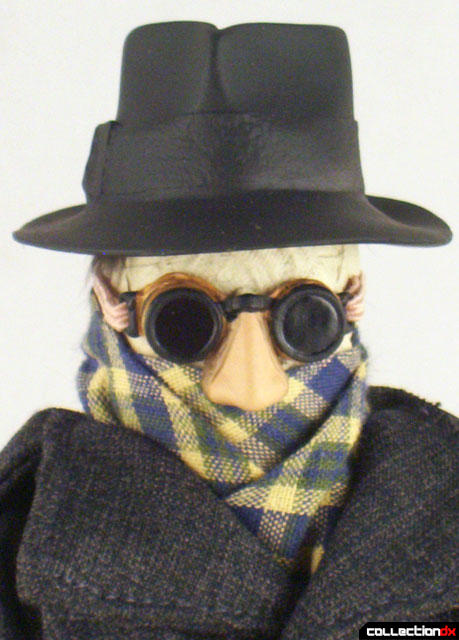 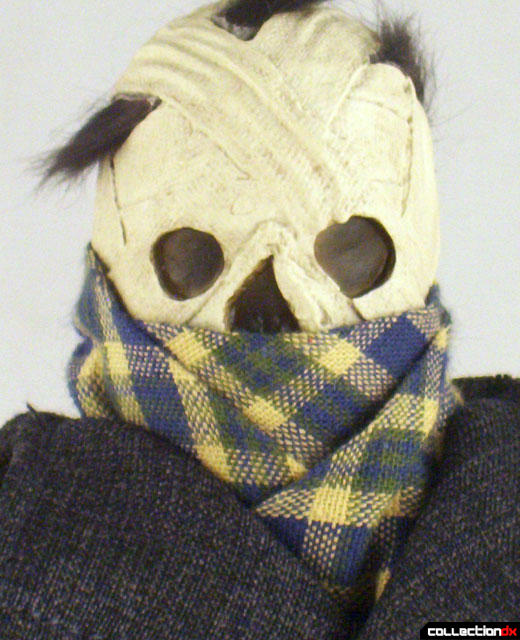 He's also got a pleather bag that can be opened and closed, a set of six glass vials that can be removed from their rack and also a flask of his invisibility potion. A very nice adjustable stand with "The Invisible Man" printed on it is included, too. 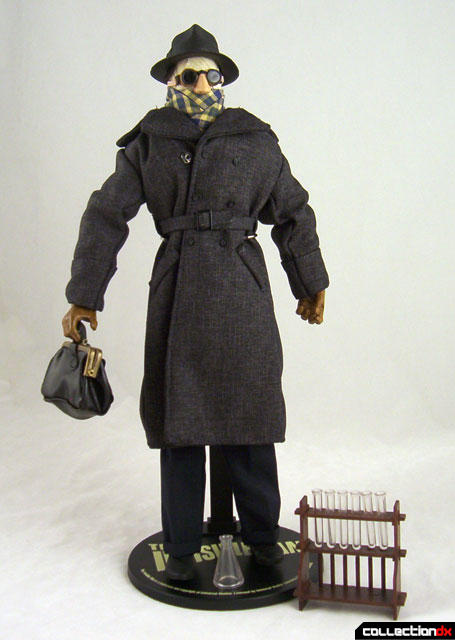 Now, you really can't tell with it displayed as normal, but another nice idea that Sideshow incorporated is that, although the standard doll body is used, it is cast entirely in clear plastic! 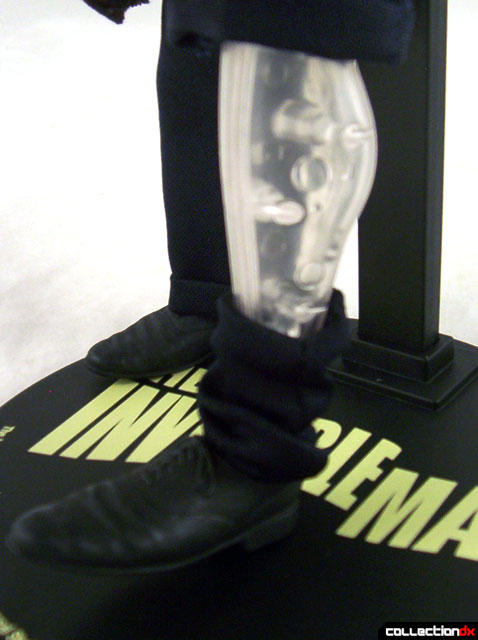 Now, this is an amazing toy in most respects, but there is just a couple things I might have done differently. First, and I'm not even sure how feasible it would be to do this from a design or quality standpoint, but I thought it would have been cool if the head was hollow, so that you could see nothing but empty space through the eye sockets. As it stands, they are just filled in with black as you can see in the picture above. But perhaps this might have made the head too fragile.

The thing I don't like, and this is not exclusive to this figure, is the packaging. Now, I hate those awful plastic ties at the best of times, but for some reason, someone made the decision to embed these things so far into some of these dolls that you basically can't get them out. You would have to remove every piece of clothing on this thing to get them out. They go into the top of the clothes and then down and around the waist before coming back out again. Why? This seem excessive, to put it mildly. Ultimately, I had to cut them and hope the remaining length stayed hidden beneath the clothes. 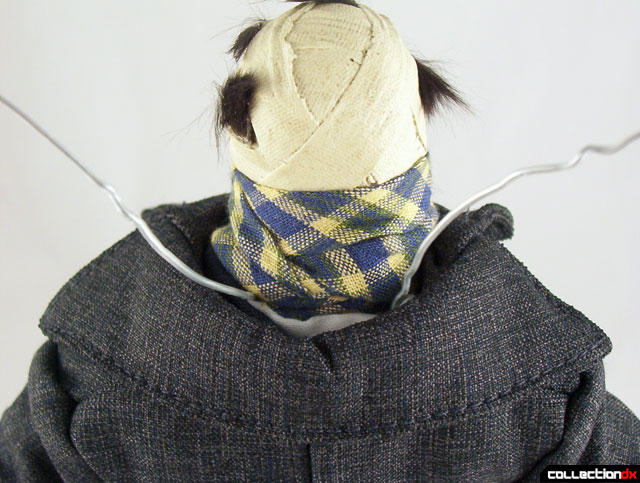 Still, all in all, I'm really glad I have this figure. I'd recommend you pick one up if you're into this genre. 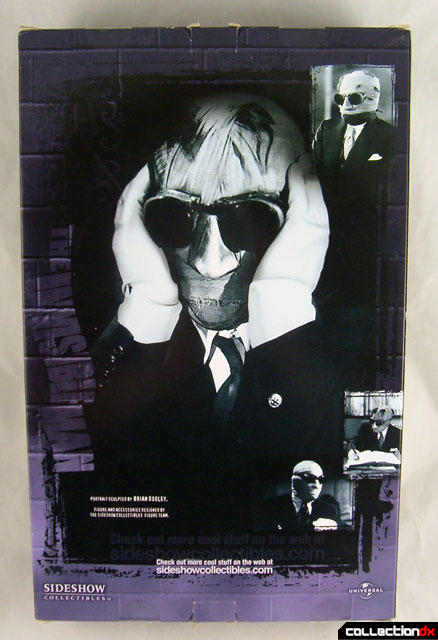 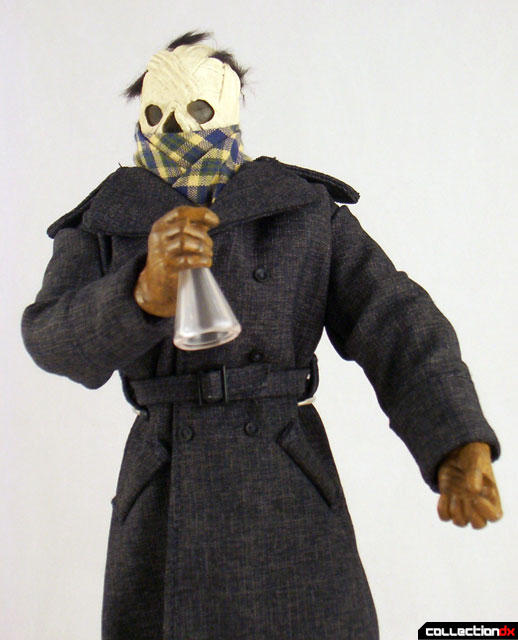 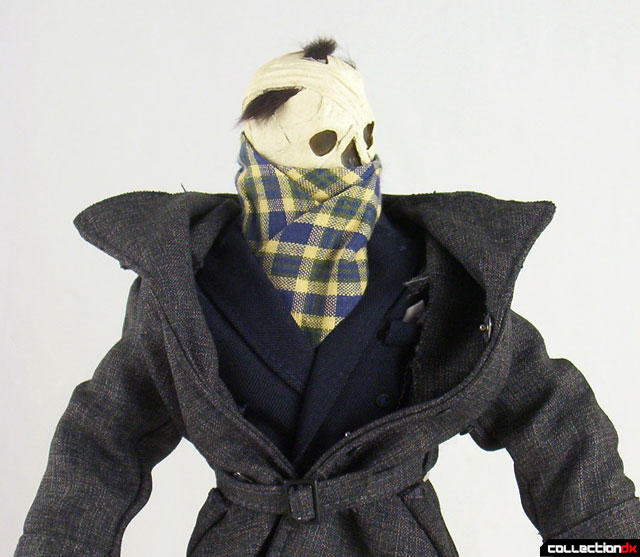 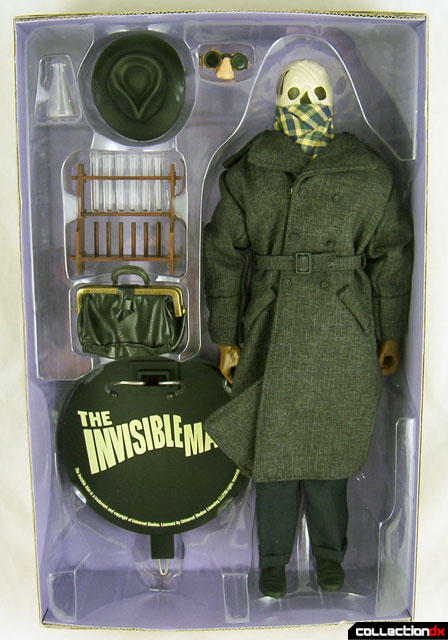 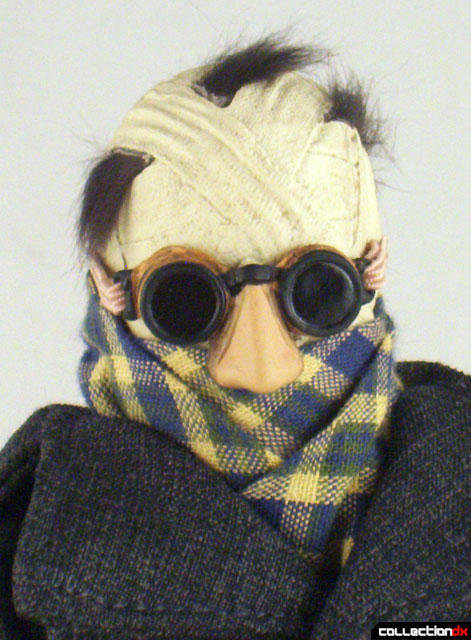 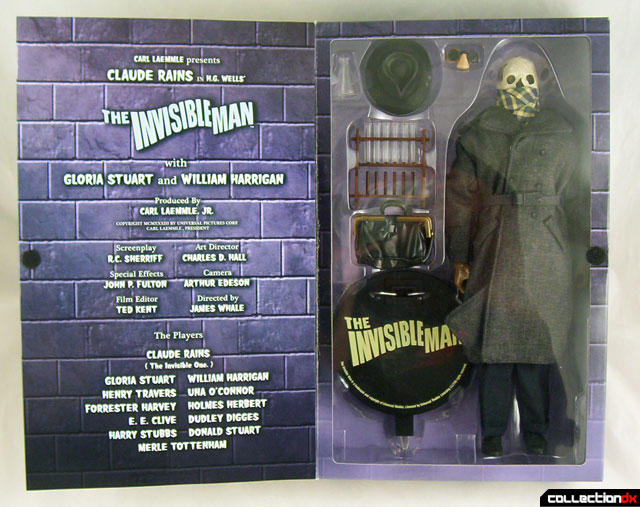 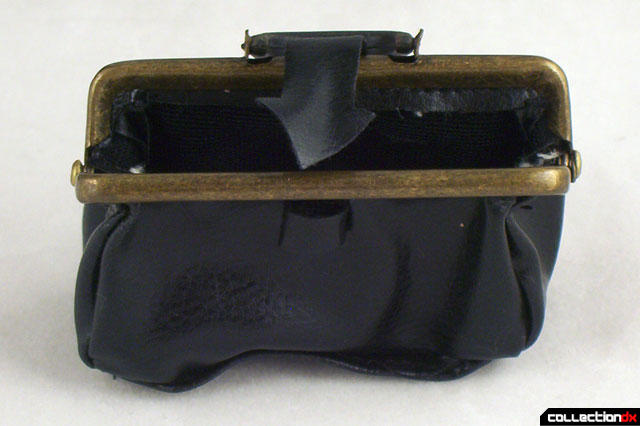 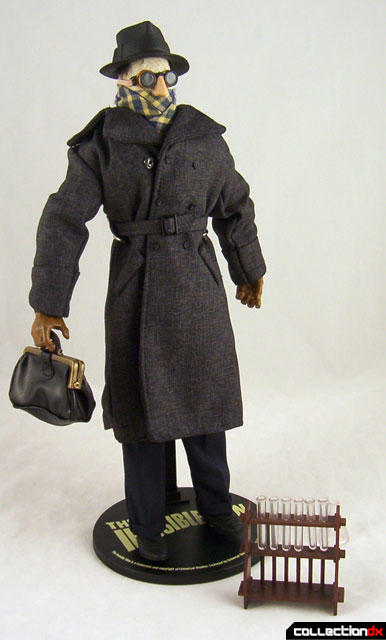 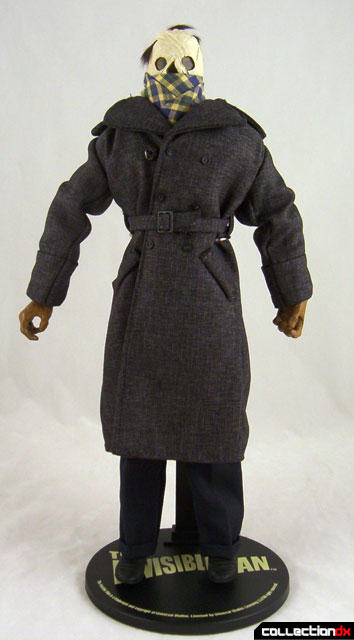 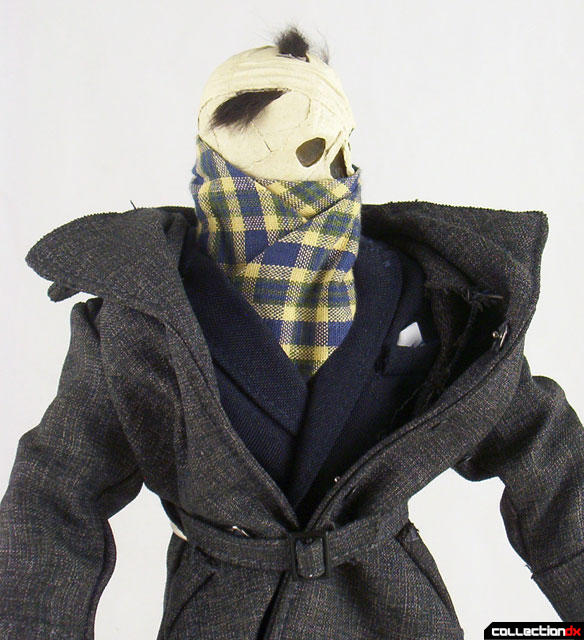 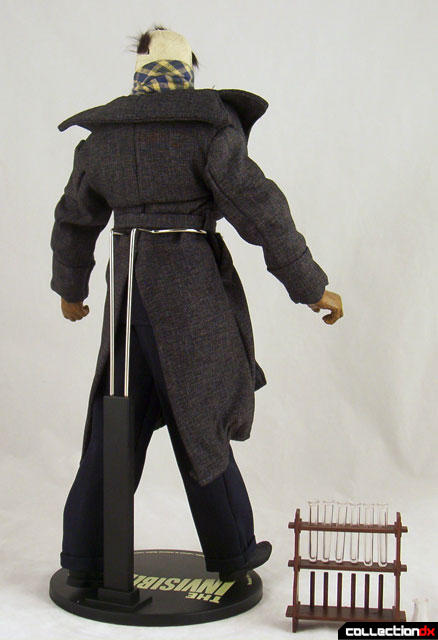 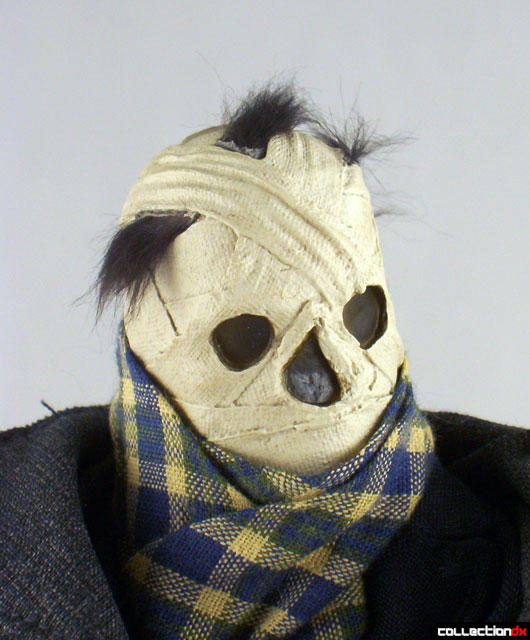 ..And the later Frankenstein's can't get green arms!? That's criminal.

And this sort of thing is the reason it's so frustrating. Sideshow does so many great things, but sometimes the consistency just isn't there.