The Hotwheels Elite release of the Batmobile or "Tumbler" from Batman Begins that met its demise in the Dark Knight. The package is the typical flat black, windowed, with silver icon, and overview panelized box. 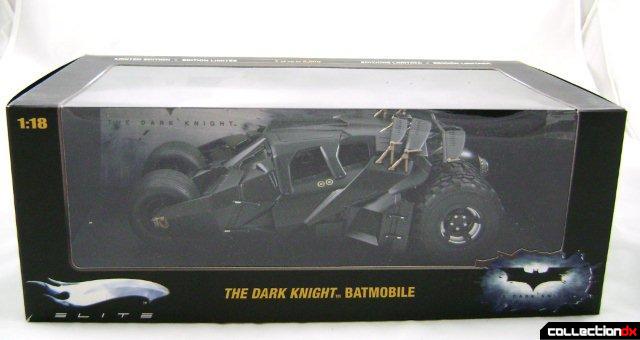 The normal release came out during the first and second movies. I bought and sold it because it looked nice but was a brick with no movement. When I saw the Elite version was coming out, I bought it for around 65 dollars including shipping. It has the golden accent color scheme of the Elite versions and the nice clean lines of the vehicle. 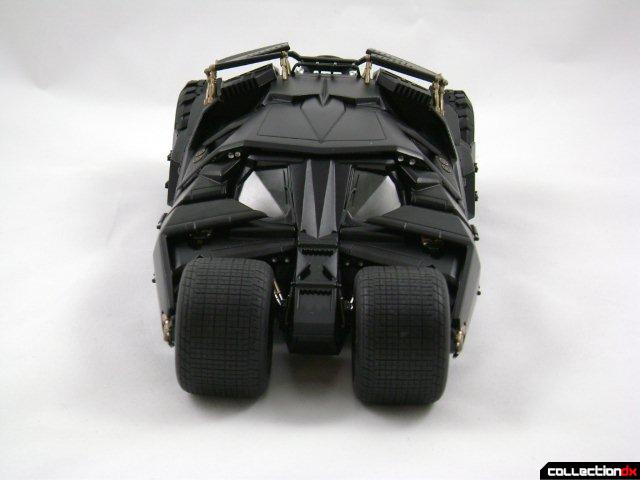 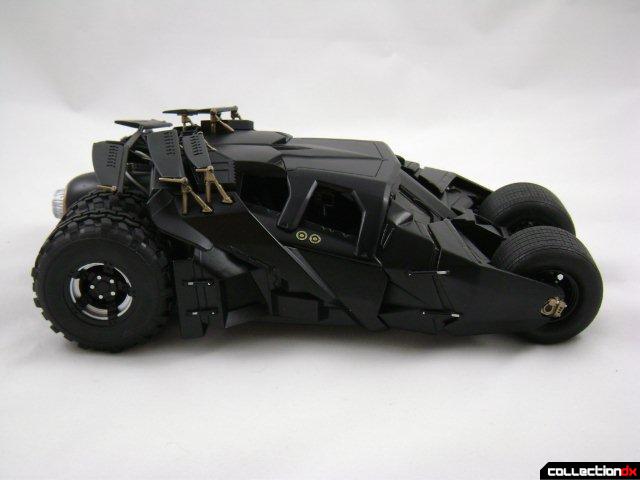 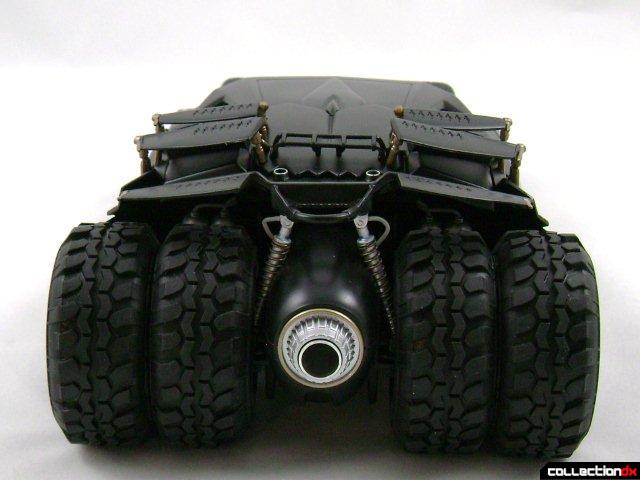 I would like to say the Elite version was like its others and had many new opening and options but sadly...no. You can barely see inside the vehicle, so who knows if the dashboard is better detailed... 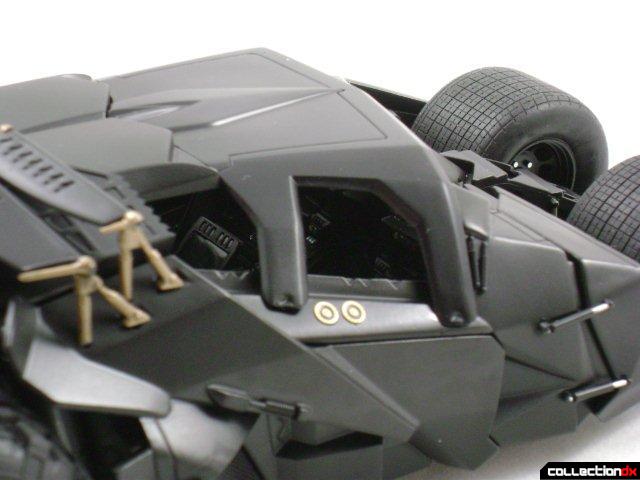 The front panel slides back and forth awkwardly around a quarter of an inch (I actually pushed in a window when my thumb slipped, and was like cheap plastic used for packaging. Basically, same as the normal version(s) and very frustrating. 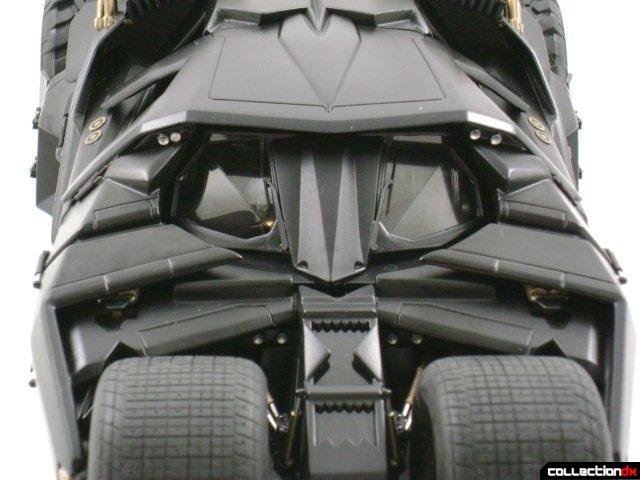 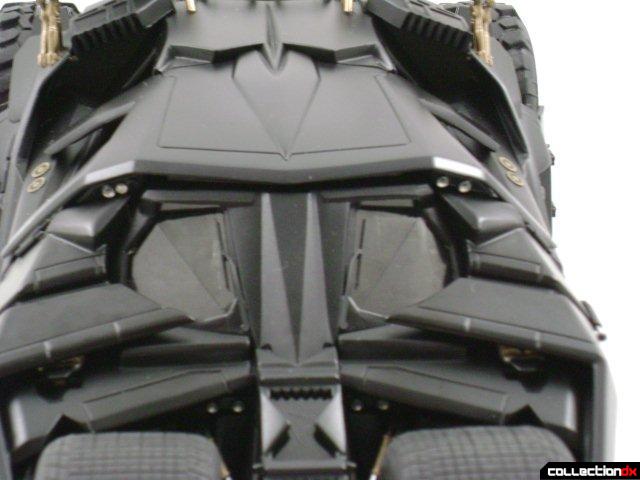 I tried not to hate it, I really did. I even posed it in leaping positions. 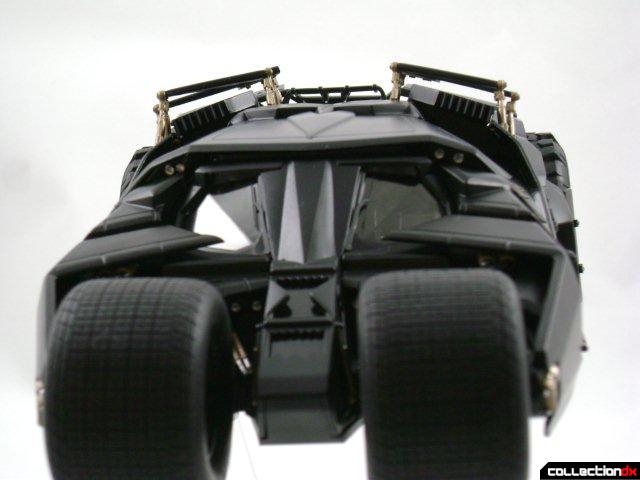 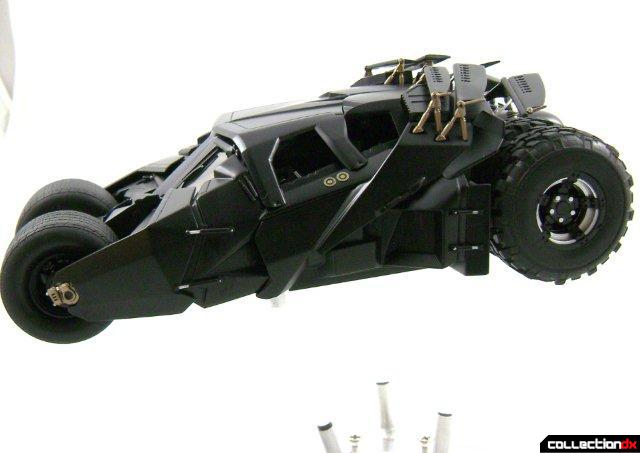 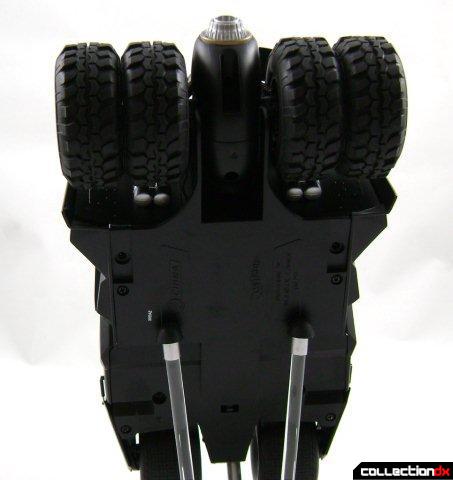 Alas, it is the black sheep of the Elite renditions. For the extra money, I could find no real differences at all. It is "Elite" in name only, a disappointment that I would recommend avoiding (wish I had). Either get the gorgeous, huge, and expensive Hot Toys Tumbler or save 40 bucks and get the normal version(s). 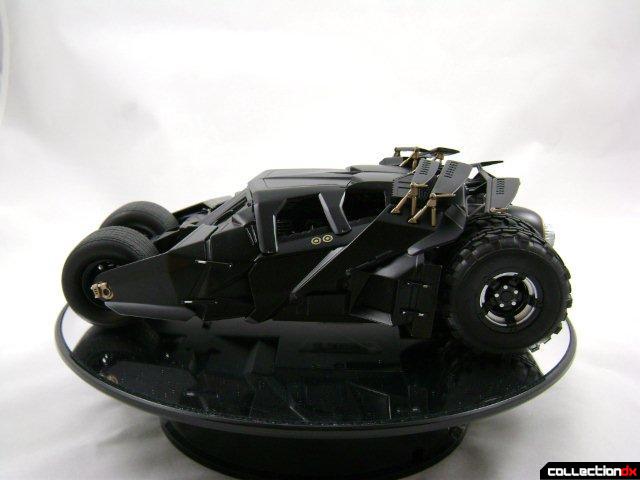 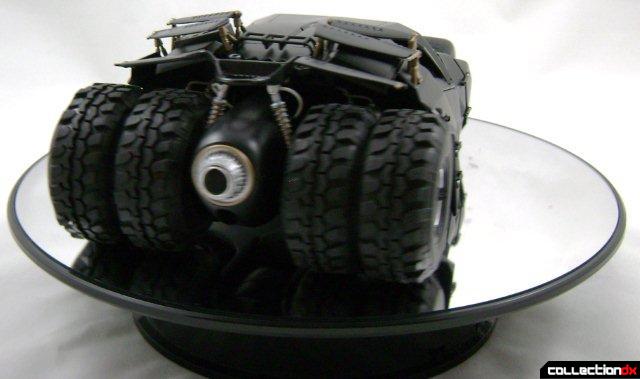 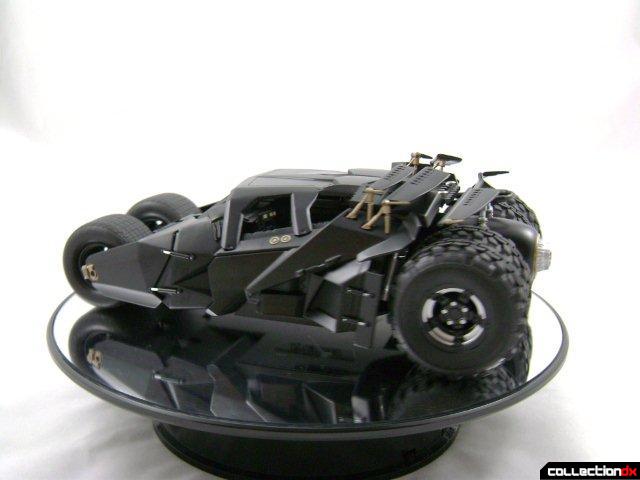 The toy seems overpriced for what it's capable of, even if it looks nice.

More importantly, where did you get that reverse tripod base? I see this thing on pics for years and have no idea where to look for it.

they have a site now...make sure you get version2 (they have clear pads and thinner bases)..the original leave marks.

Aye. But I think first I need to get an Action Base-1 or a Tamashi Stage 5, most of my toys that have poseability are Transformers.

Thanks, I need to get some posing stands for my own photos, this might be one of the stuff I'd go for.

Yea the cockpit opens on this, I just got mine, you have to pull the window back then shimmy it over the main body pieces and lift the whole roof piece up. I personally like this thing a lot, it doesn't have any of those "kid" gimmicks like flip up missiles or noises and lights, and it obviously looks a lot better than the standard 1:18 release.

I got open thanks to your advice...had weird old marks..oh well, cleaned and moved on.

Hi, I would like to ask about the cockpit again, comparing between the elite and the normal versions. Would the cockpit be fully opened as in the movie or as 1/6 version? I mean the roof lifted up and the windscreen slide backed under the roof. The normal version can do it only halfway. I have a 3.3/4" Batman figure, it would be cool to fit he in.
Many thanks,