Batman was a 1960's American television series based on the DC comic book character of the same name. It starred Adam West and Burt Ward as Batman and Robin, respectively—two crime-fighting heroes who defend Gotham City and followed the campy and "corny" feel that the comic also had at the time.
One of the coolest things from the show was the redesigned Batmobile. It comes in the typical flat black, silver labeled, windowed, and saying shadowed box of the Hot Wheels Elite series. 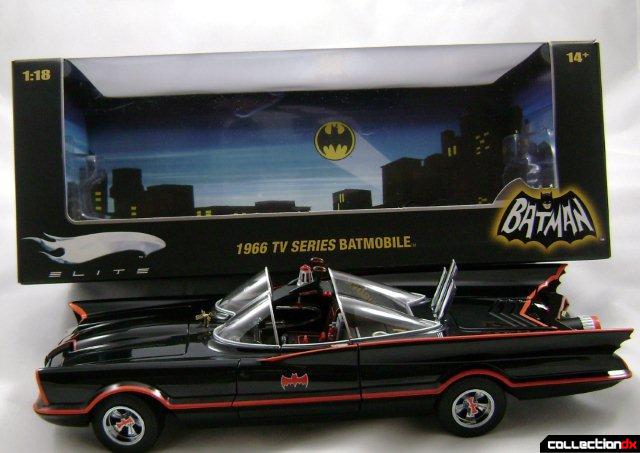 The 1966 Batmobile is beautiful and was part of so many childhood memories (watching it on channel 56... way past its prime time release), that I looked forward to getting it into my collection. 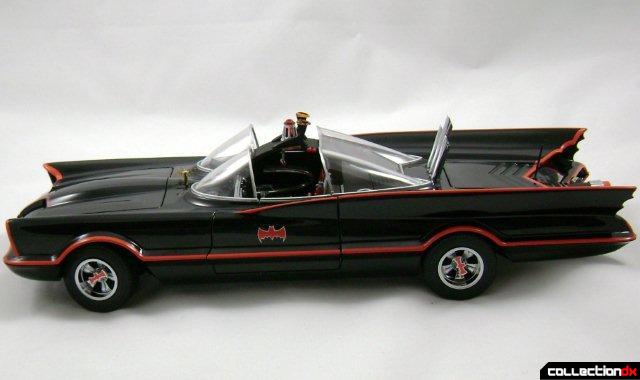 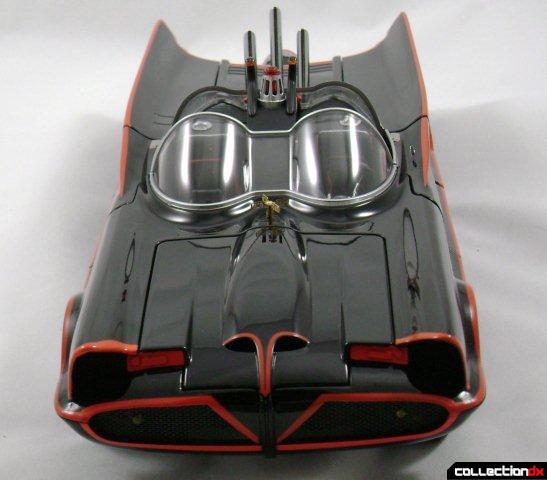 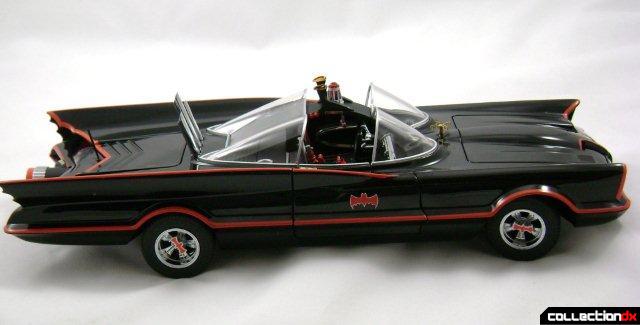 The Elite versions are wonderful. Look at how many parts open and with such quality. 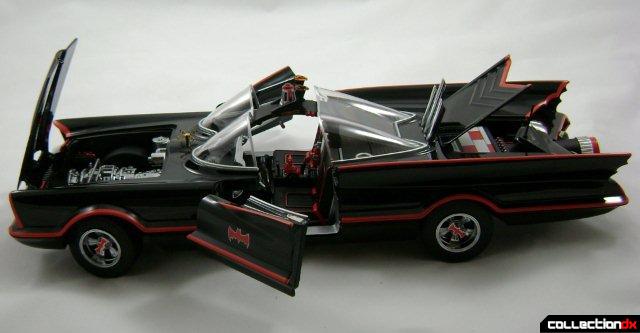 The silver and detailed engine: 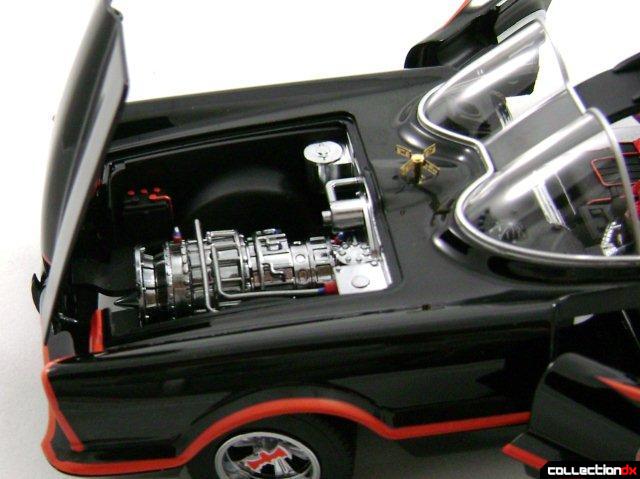 The rear trunk Batcomputer and weird organ-like pipes are terrific. 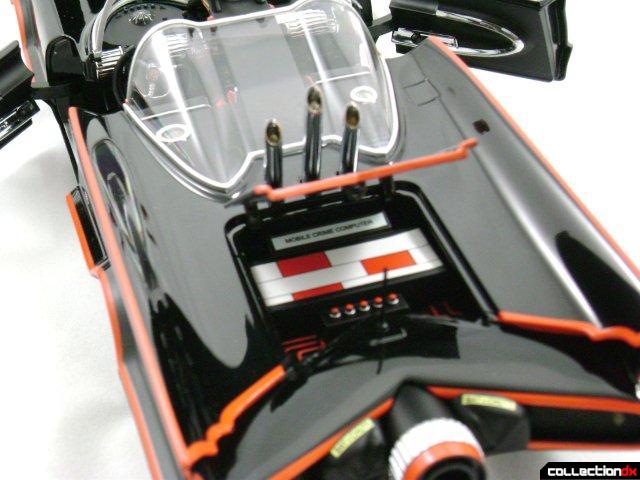 The intricate details continue in the dashboard, console, 1966 version of a cellphone ( Batphone ha!), and even cloth seat belts with Bat buckles. 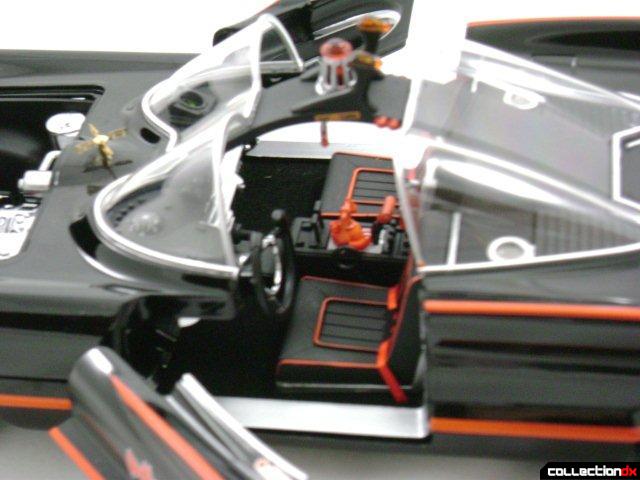 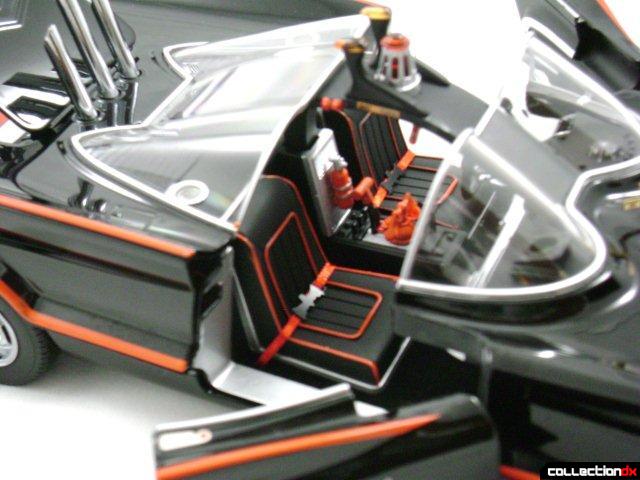 My only issue was self generated. The antenna are real metal and nice, but a fin broke off during cleaning and I had to glue, looks good but be careful! 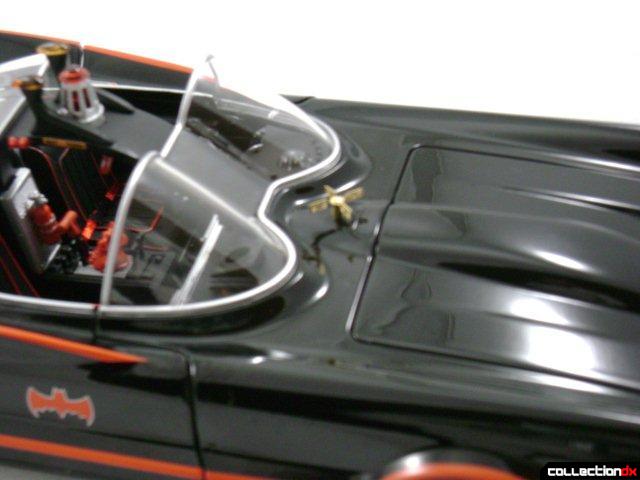 This die-cast collectible goes for around $79.99 plus shipping and also comes in a chrome and matte Elite version (I like to ignore that the regular version exist). Go get one and say, "Holy Collection Grabber Batman!" 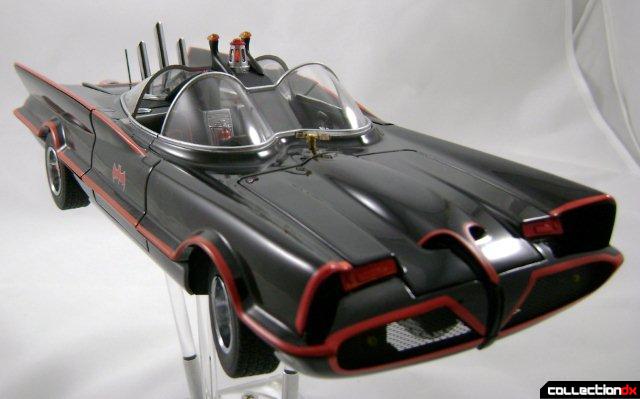