The previous Gipsy Danger toy was not great, but that wasn't NECA's fault (really!). They had to cut corners at Wal-Mart's request which resulted in a sub-standard toy. Now they're back with the 2.0 version, entitled "Hong Kong Brawl Gipsy Danger"

I hate this packaging. At least there's no storing it as it all gets trashed.

Gipsy Danger looks great - a marked improvement from the previous release. Here you can see the darker 2.0 version next to the lighter original one. It's an all new toy from the ground up. 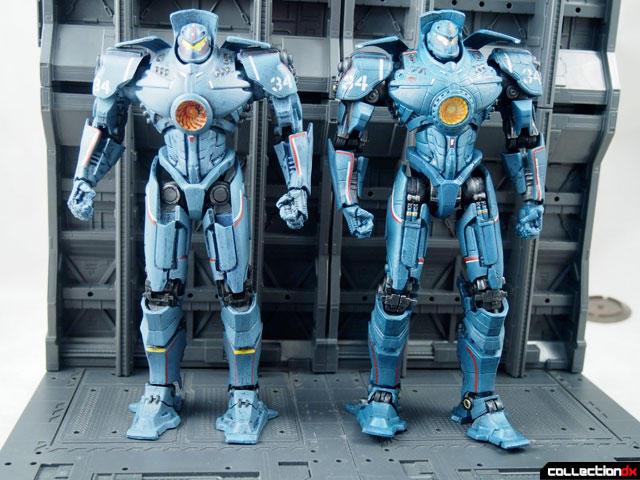 The overall sculpt is much sharper and more detailed. You can see panel lines all over showing the enhanced detail. 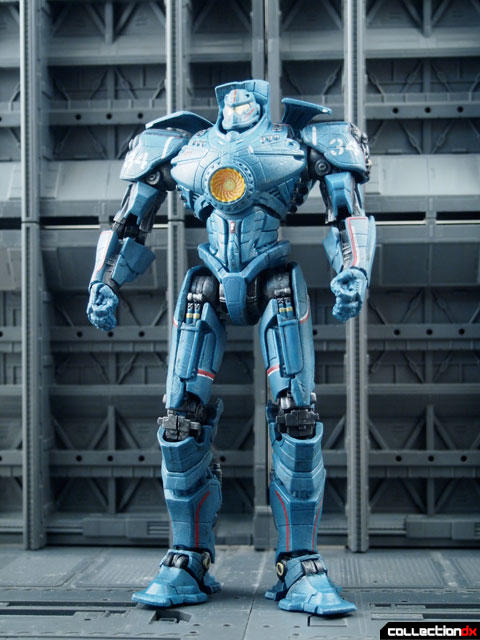 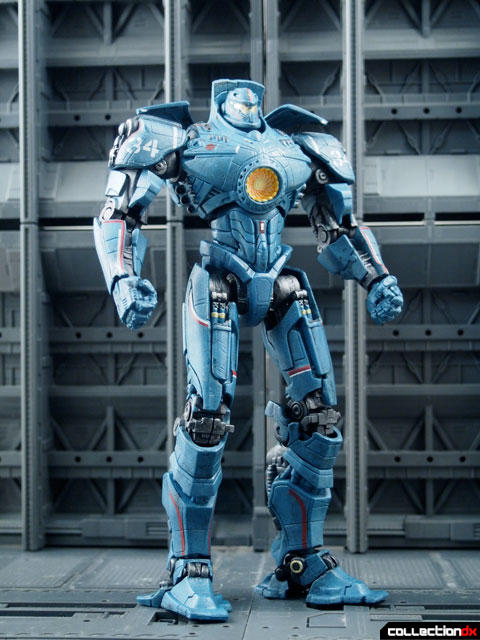 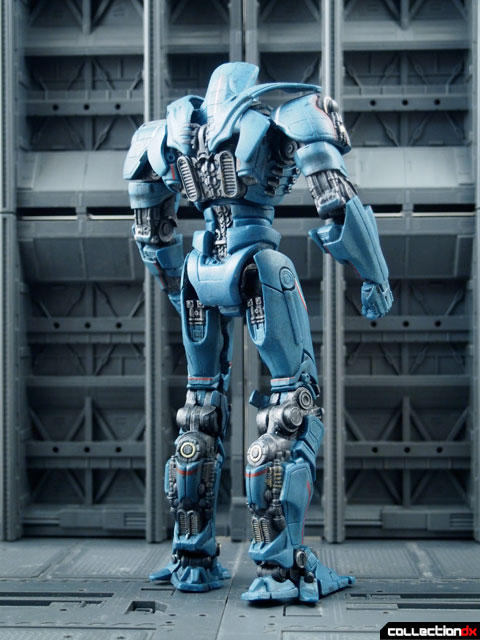 The sculpt on the back is more pronounced with more detail. 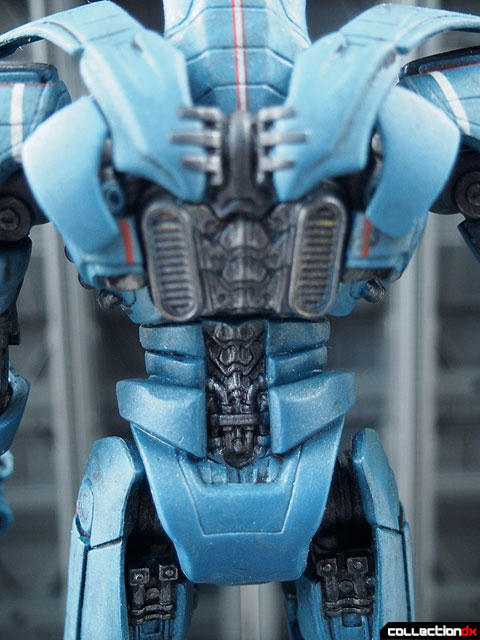 The back of the legs look like actual mechanical things and not just formed clay. 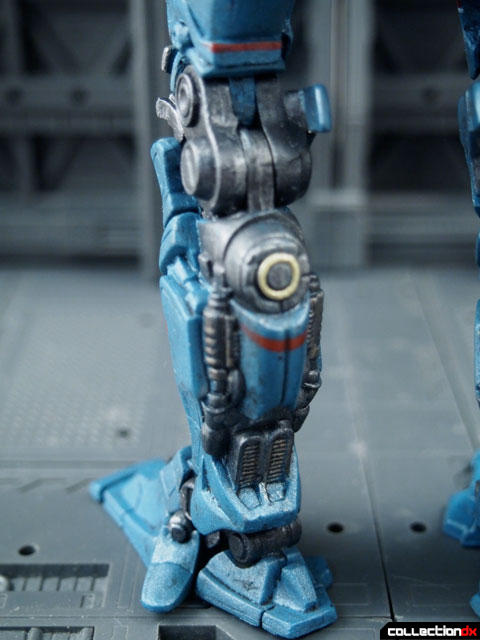 Pistons were added back on the thighs. 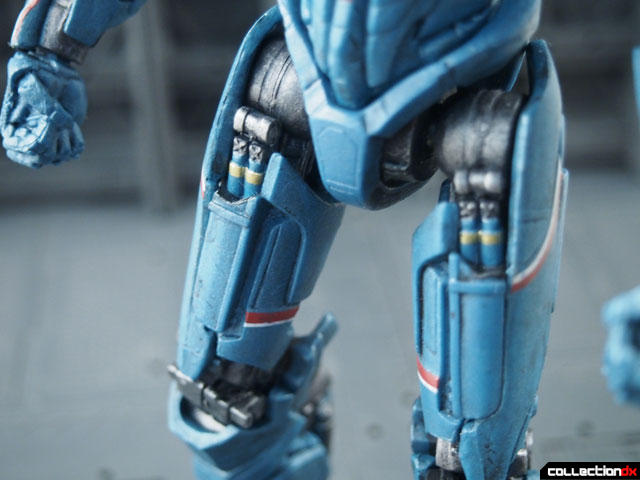 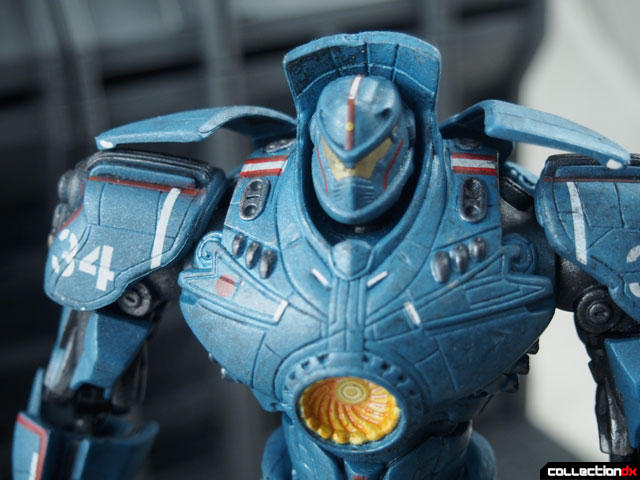 The shoulders are on ball joints but the articulation is limited by the giant shoulder pads. 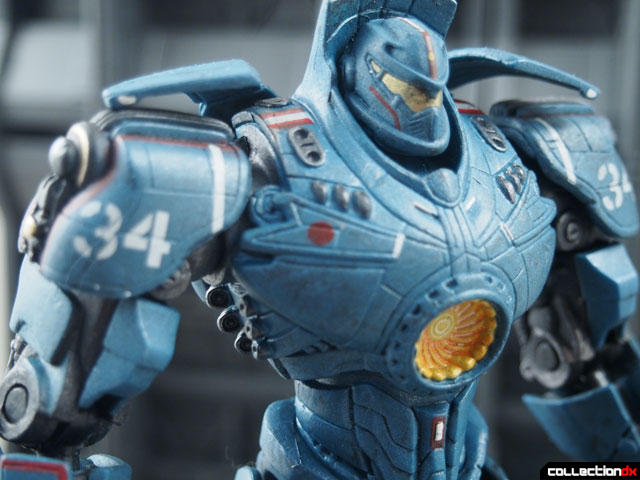 The arms feature a bicep swivel. The panel on the top of the bicep popped off on mine when posing. 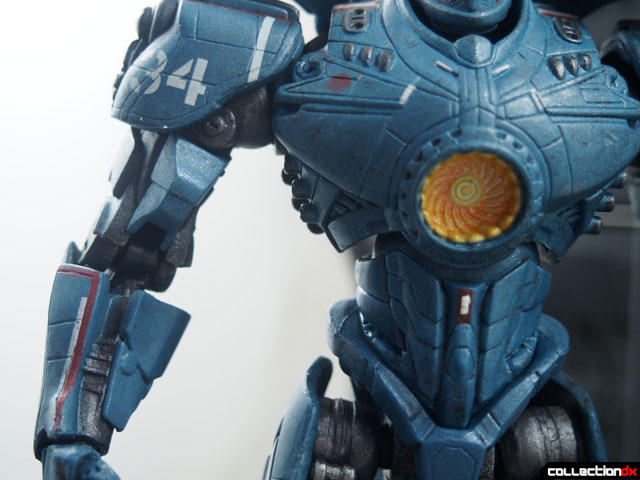 The elbow joint is a standard NECA hinge joint but it has a peg with a ball joint that connects to the forearm. It's an interesting choice but it does give the arm a great range of motion. 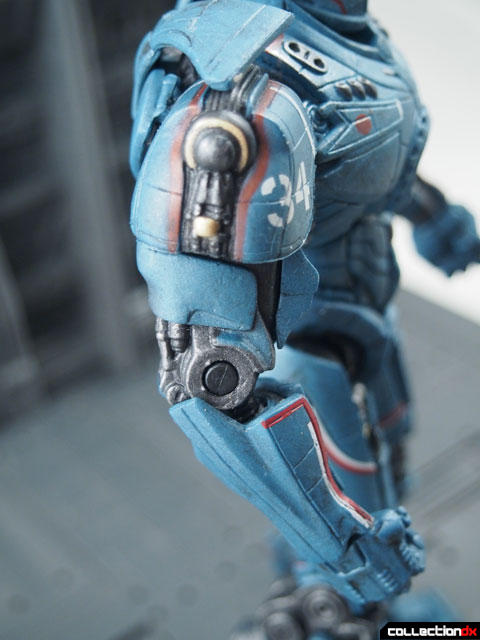 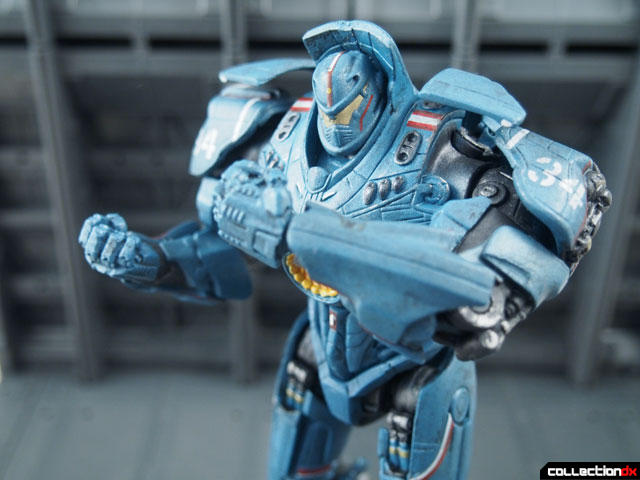 There's a ball joint in the chest that is a bit too tight, but it's servicable. The hips are ball joints and again are hampered by the large panels on the side. 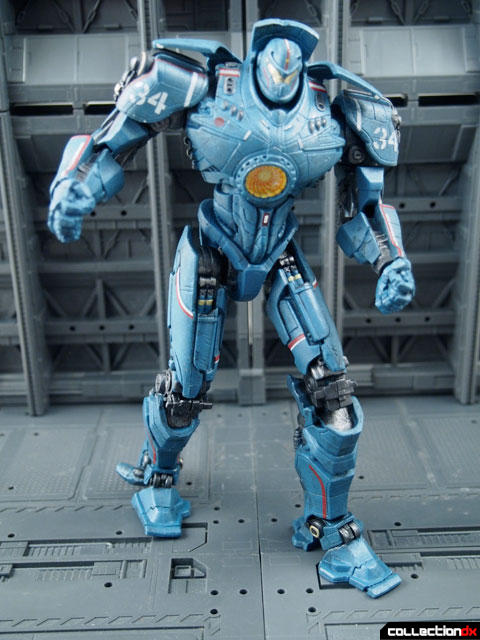 The double jointed knees are cool but unnecessary. You can bend the leg all the way back with just one joint, the second joint is tough to move and just for show. Also, I found if you force the joint, the seam in the plastic of the knee starts to split. 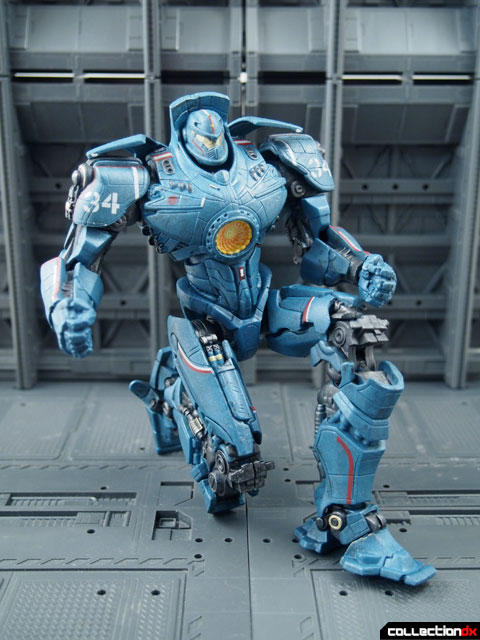 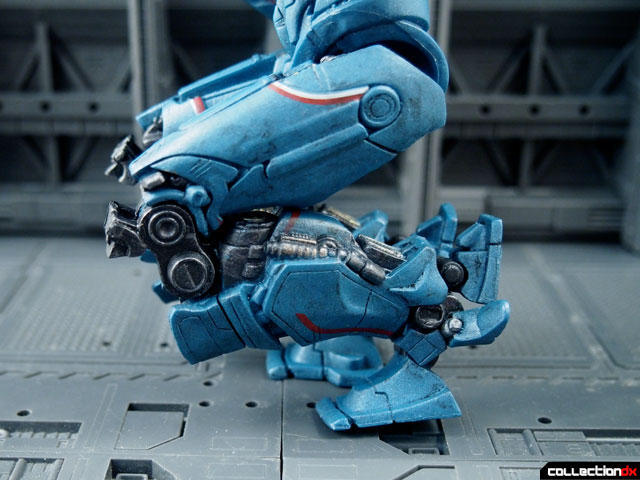 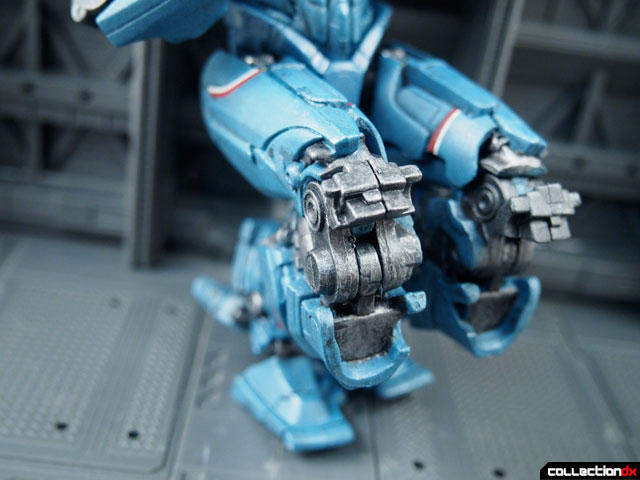 Gipsy Danger comes with a second set of hands in order to hold the included tanker ship. Seeing as how both the forearm and hands are pvc, removing the hands results in a satisfying "pop" sound. 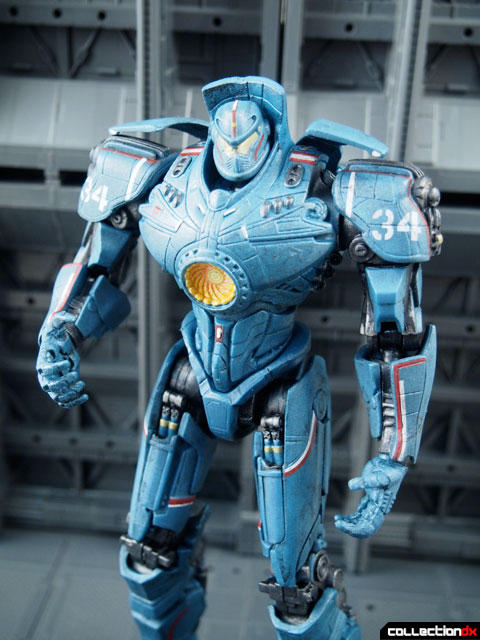 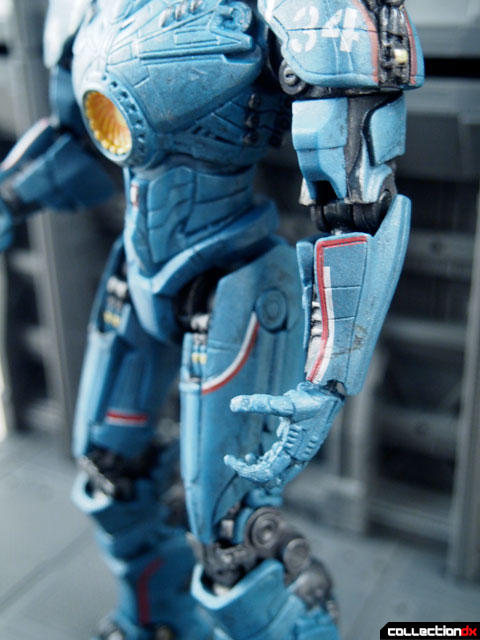 The ship is nicely detailed with many paint applications. There are sculpted in details all over including various hand-holds for grabbing with the open hands. 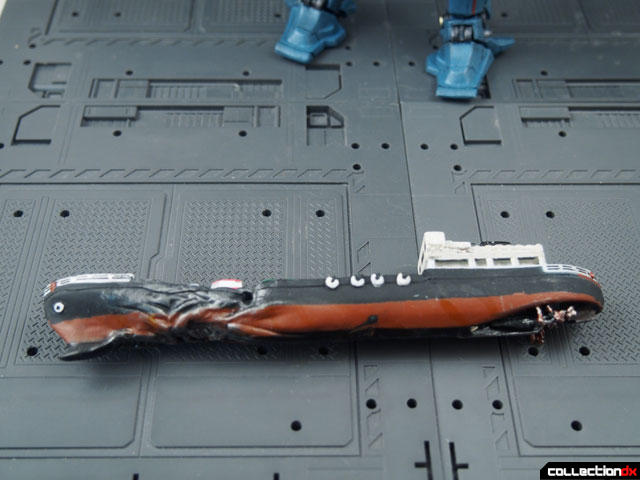 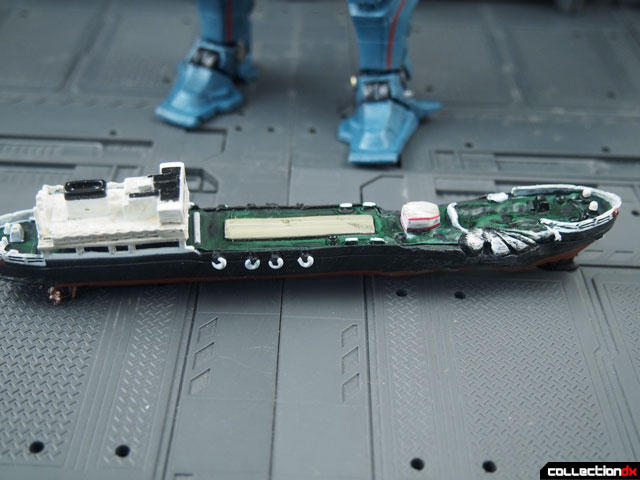 Gipsy can grab the ship with one or both hands. The grip isn't that tight due to the hands being PVC, but it works. 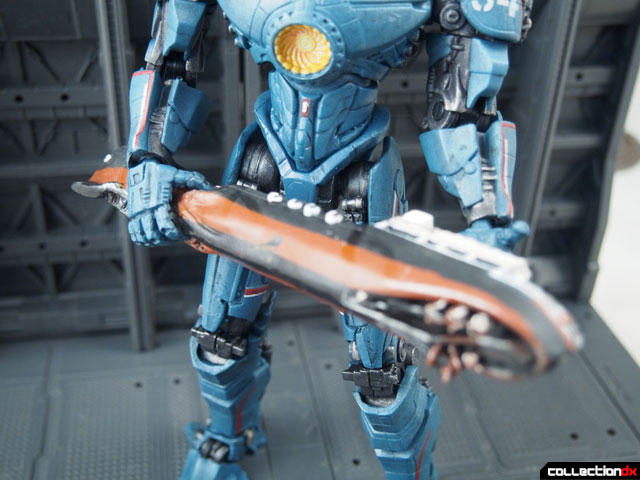 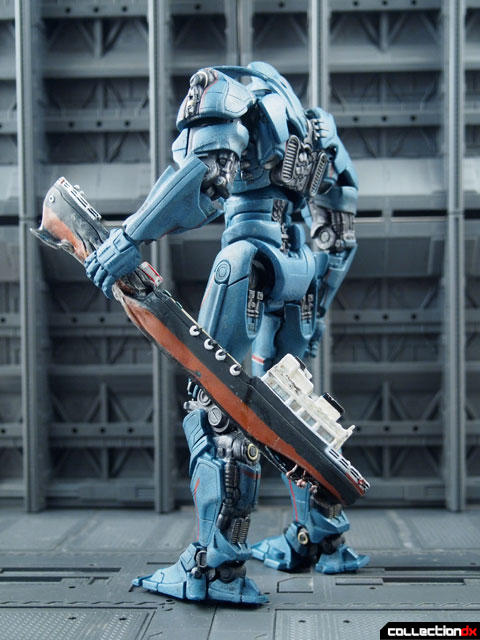 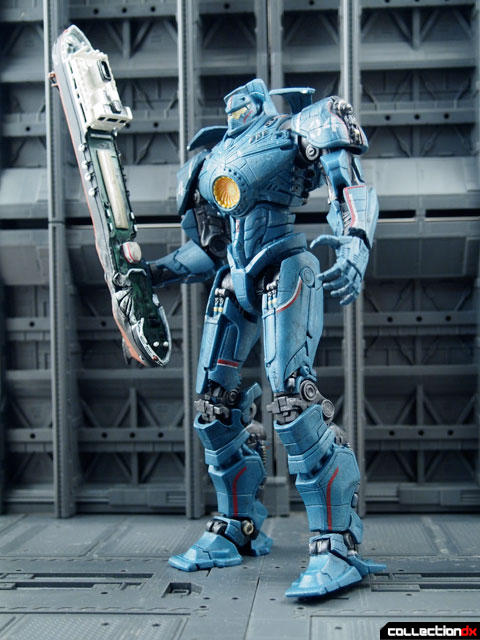 Another inclusion is one blade. ONE BLADE. Why only one? Geez... 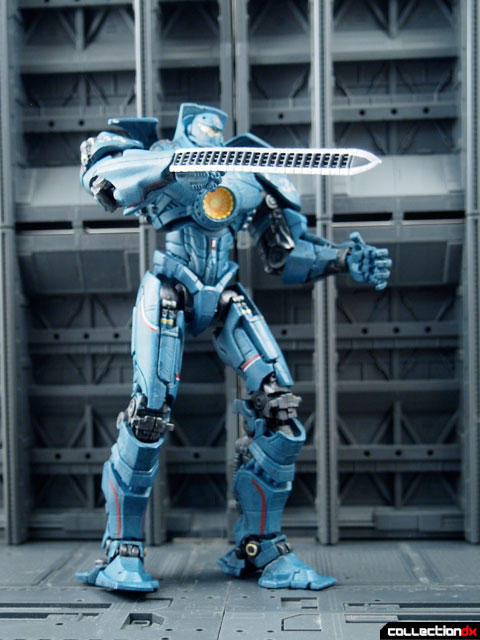 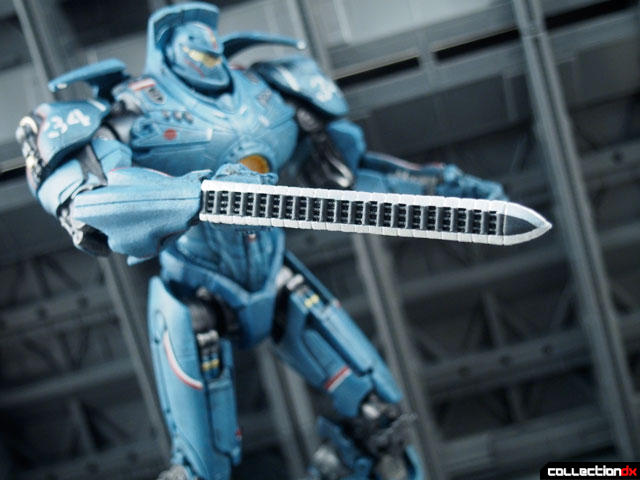 The blade plugs in a tiny slot in the wrist.

Here's some additional comparison shots between version 1 and version 2. Although it is a marked improvement, it still is not up to par with what we are used to with Japanese releases. That being said, for a $20 price point it's pretty great. 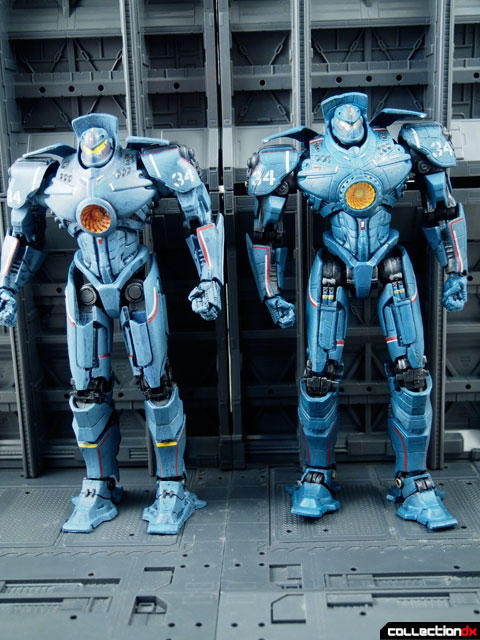 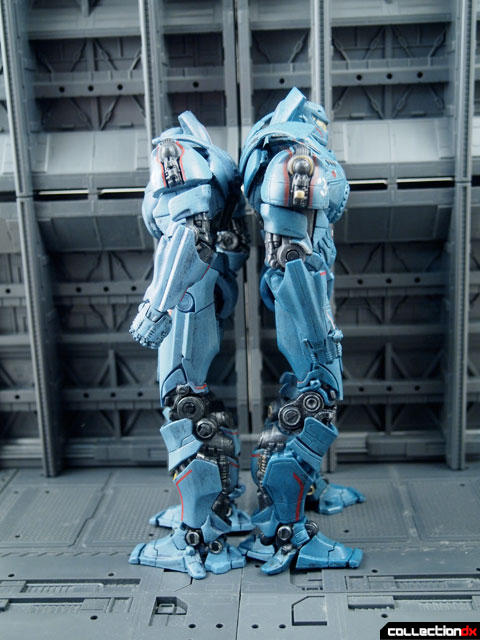 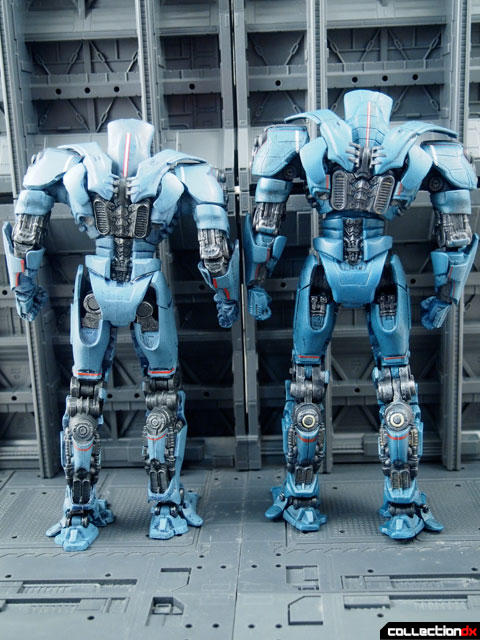 4 comments posted
I hope we get a Robot Spirits

I hope we get a Robot Spirits release of these guys, but that's unlikely. Still, $20 isn't bad.

Hopefully this is better than the orginal line... both of my Striker Eureka´s leg joints broke - the figure had only been on a shelf.
I will stay clear of NECA for the time being. Too bad there aren´t any better PacRim toys.

Yeah, NECA knew about that one. Josh even got their customer service info at Toy Fair last year about it.
That's why they released the "Second Deployment" figures for Striker and Typhoon.

wow quite an improvement, and I love the ship accessory , I might have to finally get a Pacific Rim figure...