RoboCain hails from the 1990 movie RoboCop 2, in which RoboCop's successor is created and driven by the brain of a drug addict. What could go wrong?

This is an amazing toy, and I think the first fully articulated version of RoboCain. Technically he is called RoboCop 2, but fans call him RoboCain, and that's what Hiya went with for the name. 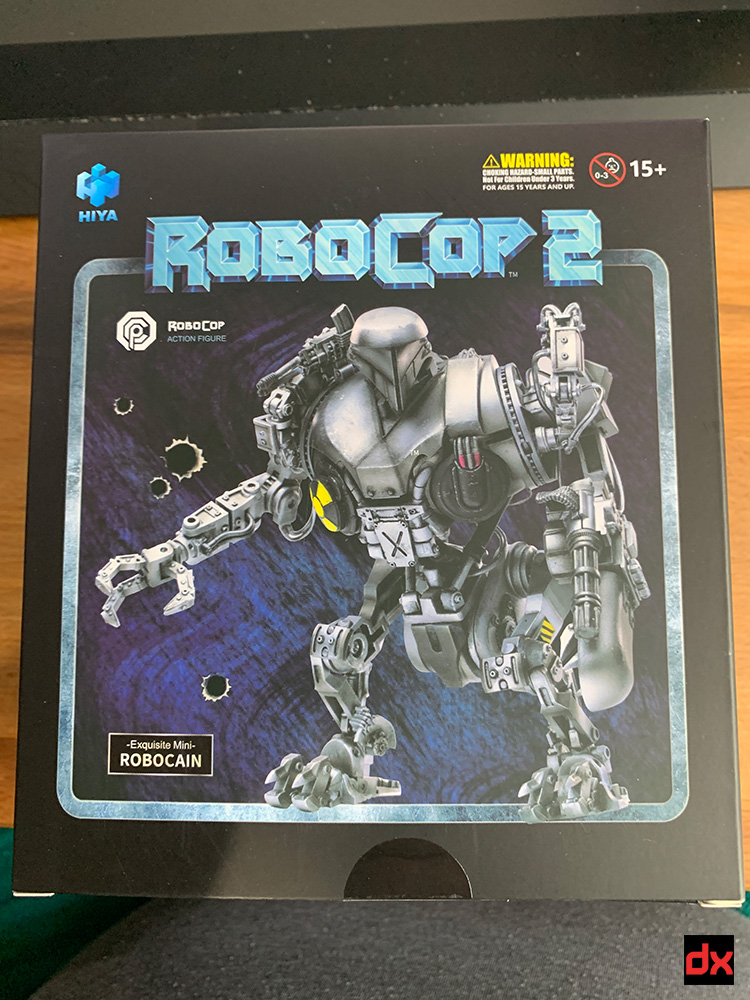 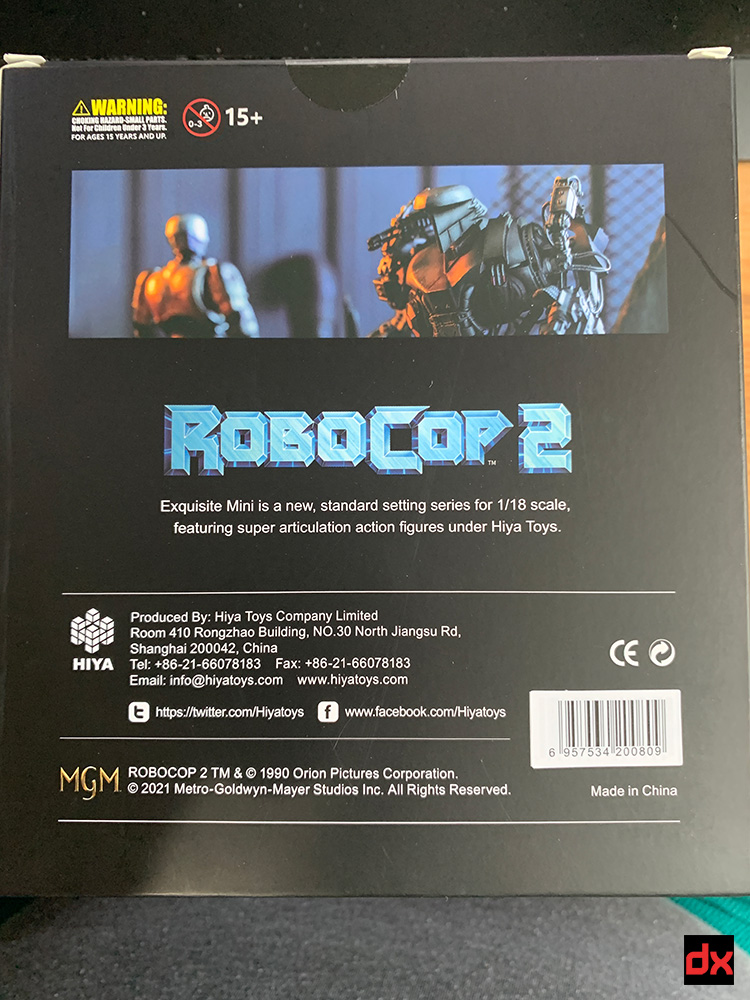 Not having instructions is a double-edge sword. One one hand, it encourages you to explore the toy, find out what moves and what doesn't. But on the other hand, not knowing what moves could cause breakage if you try to move something that isn't supposed to.

Also worth noting that there are no sound effects with this toy, no batteries at all. Some solicitations claimed sound effects, but I think that was copied over from ED-209 by accident.

Anyway, this toy is remarkable. It feels like a Hot Toys figure in 1:18 scale. 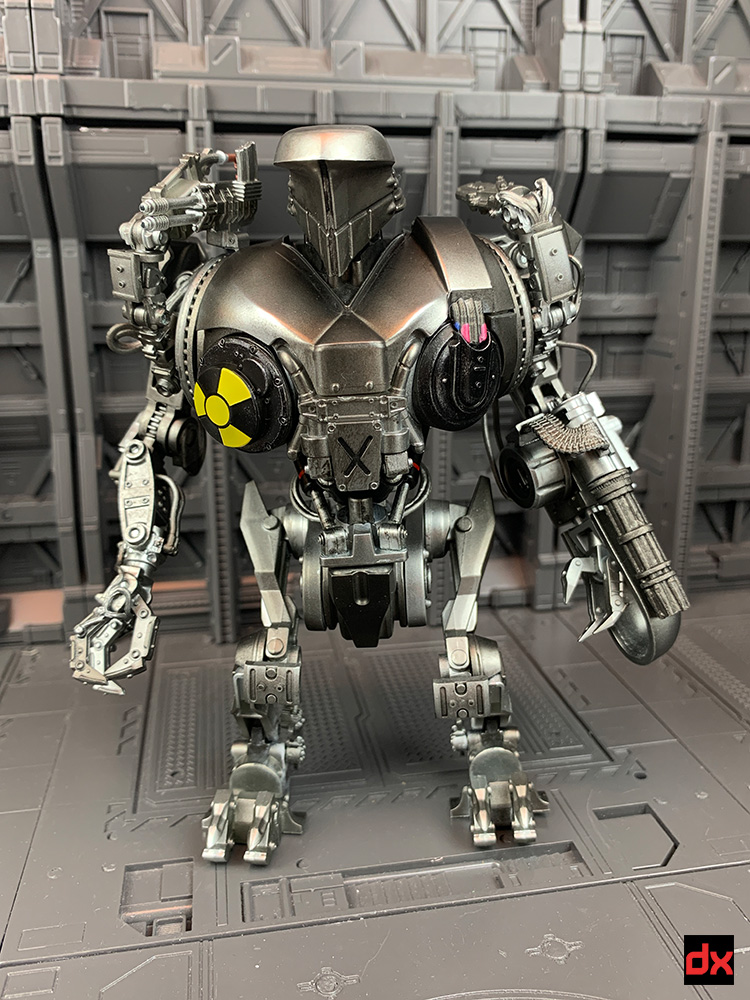 Out of the box his legs are a little compressed, but we're showing it here as an example. They extend and compress quite a bit. 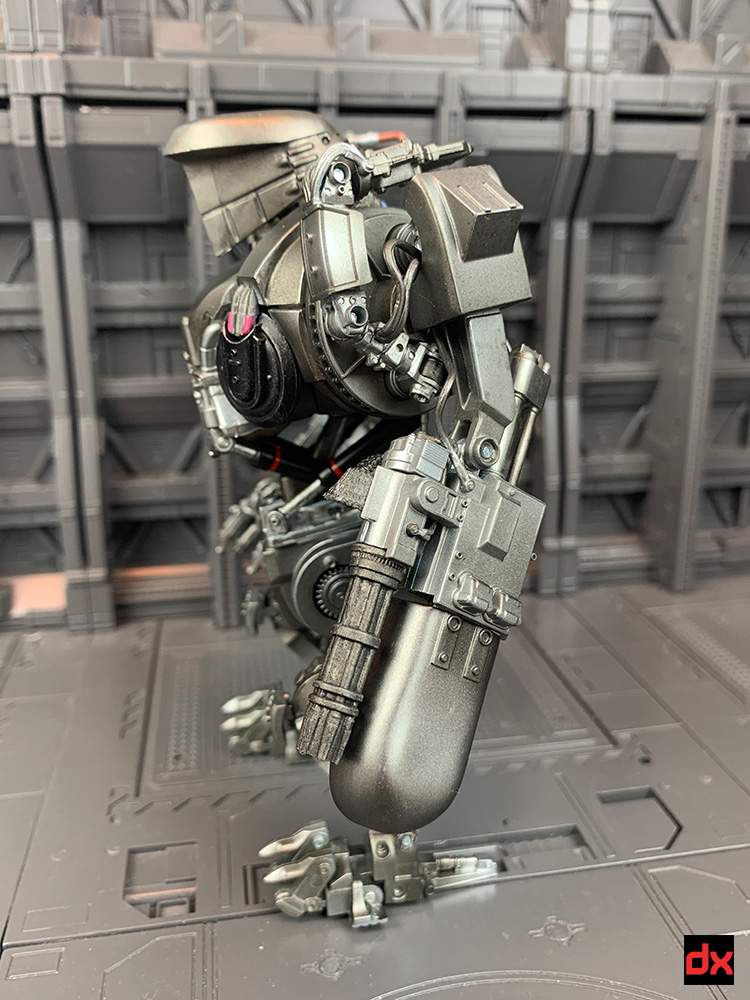 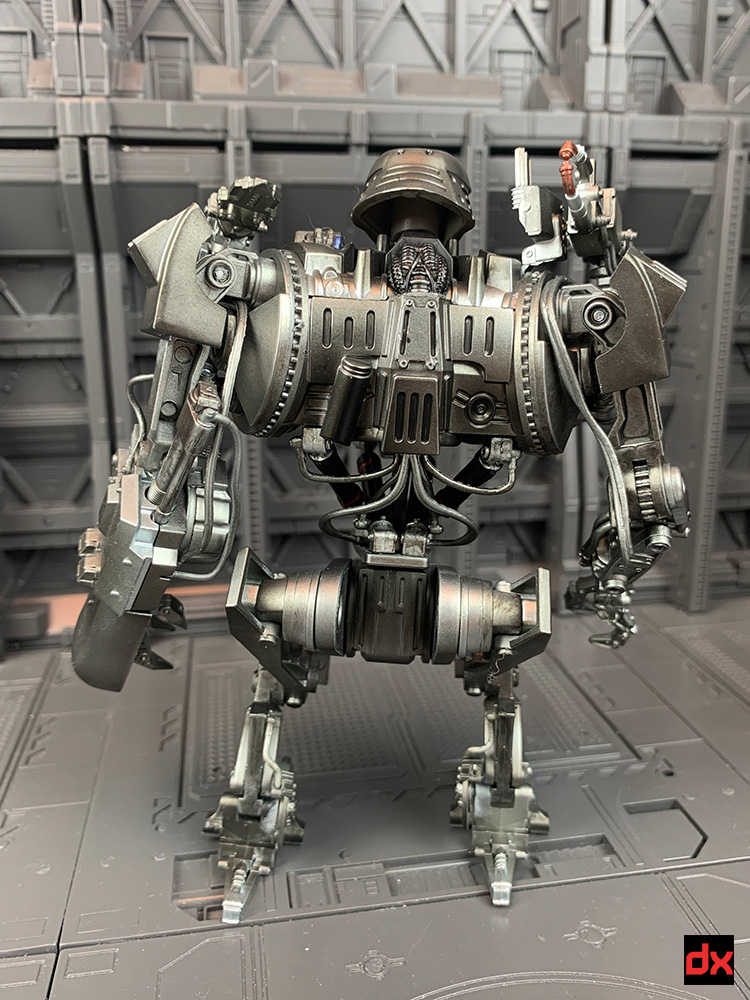 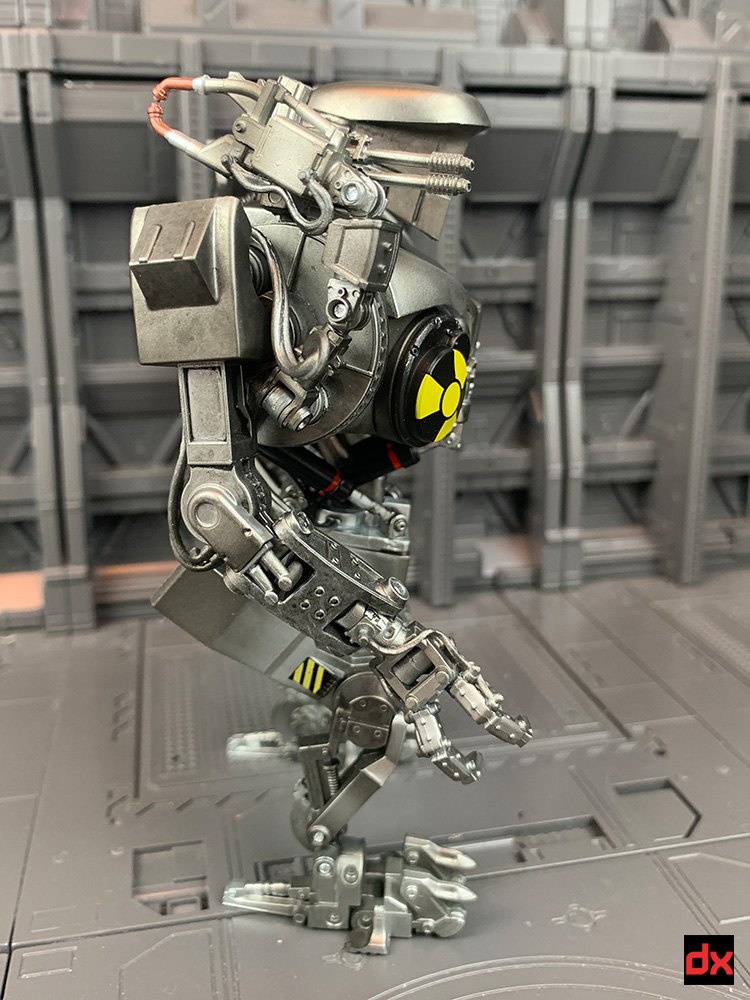 Legs extended to a normal height. 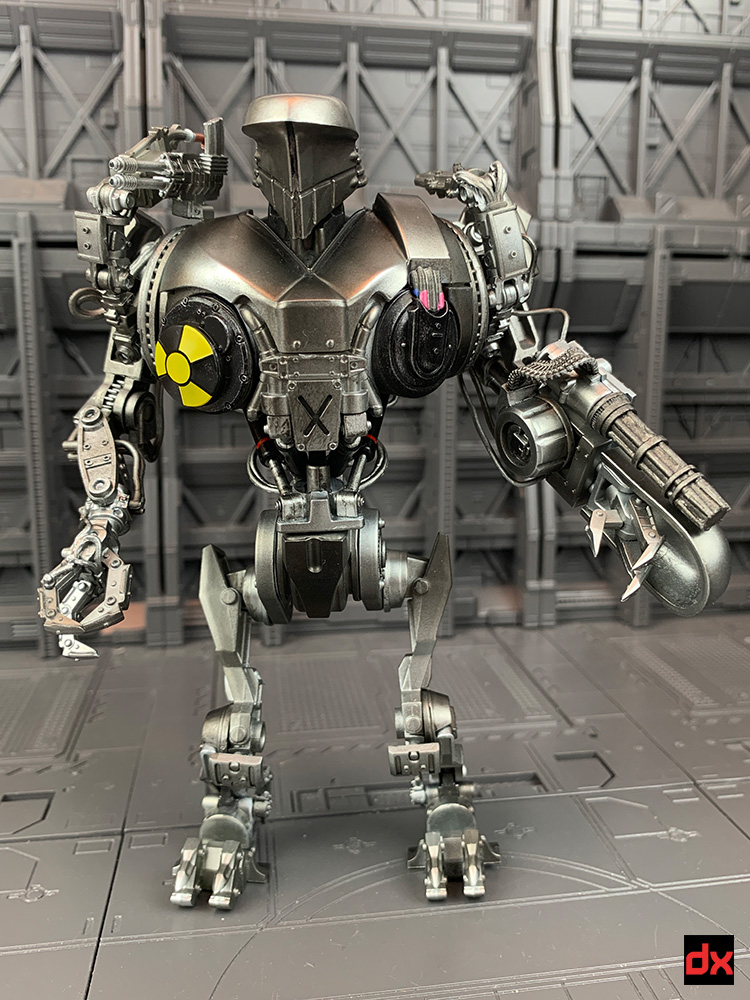 Let's take a look at this insane arm articulation. It starts off with a big disc at the shoulder that the whole arm moves on. Both the big and little arm is connected to this disc. 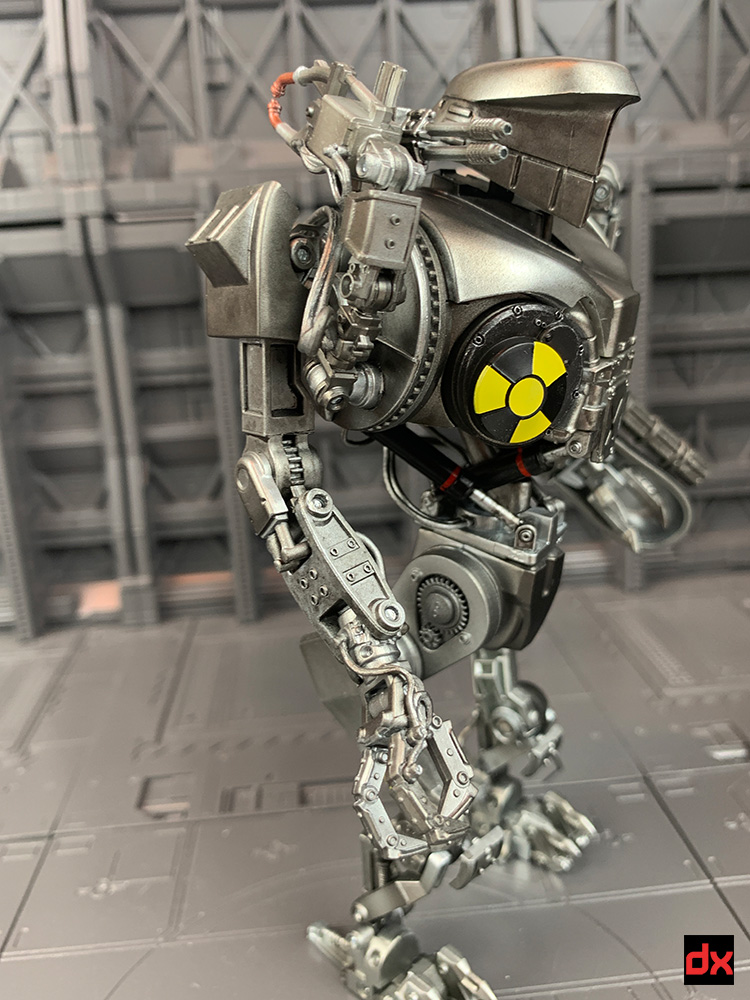 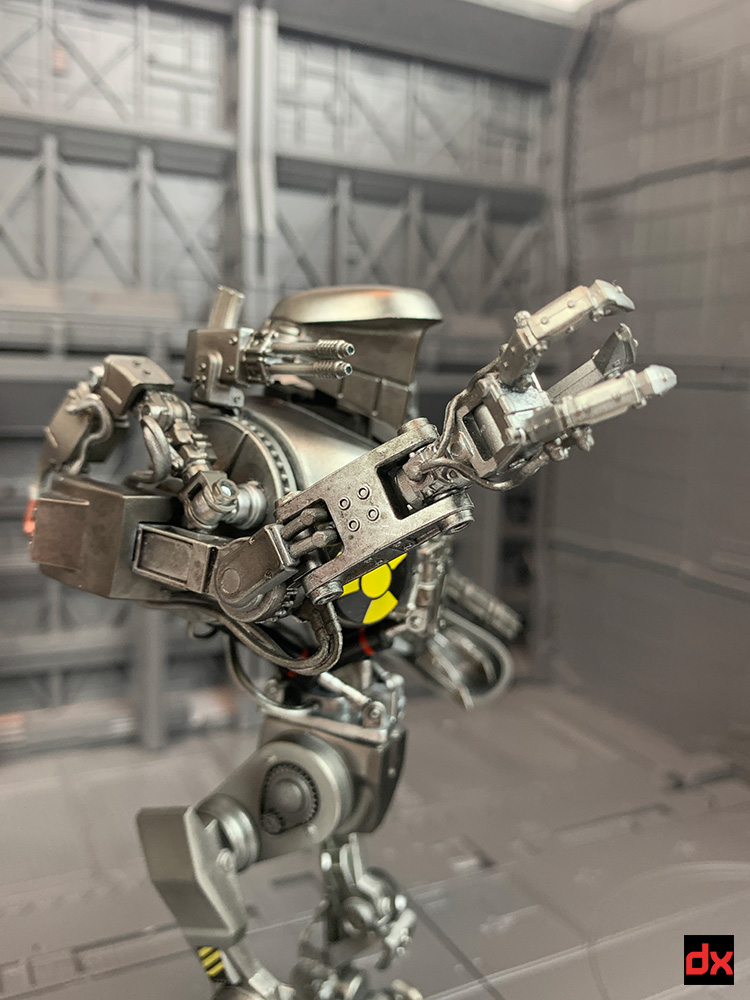 There's at least 5 different joints in the arm. It looks suitably mechanical and the plastic is rigid so it feels solid. 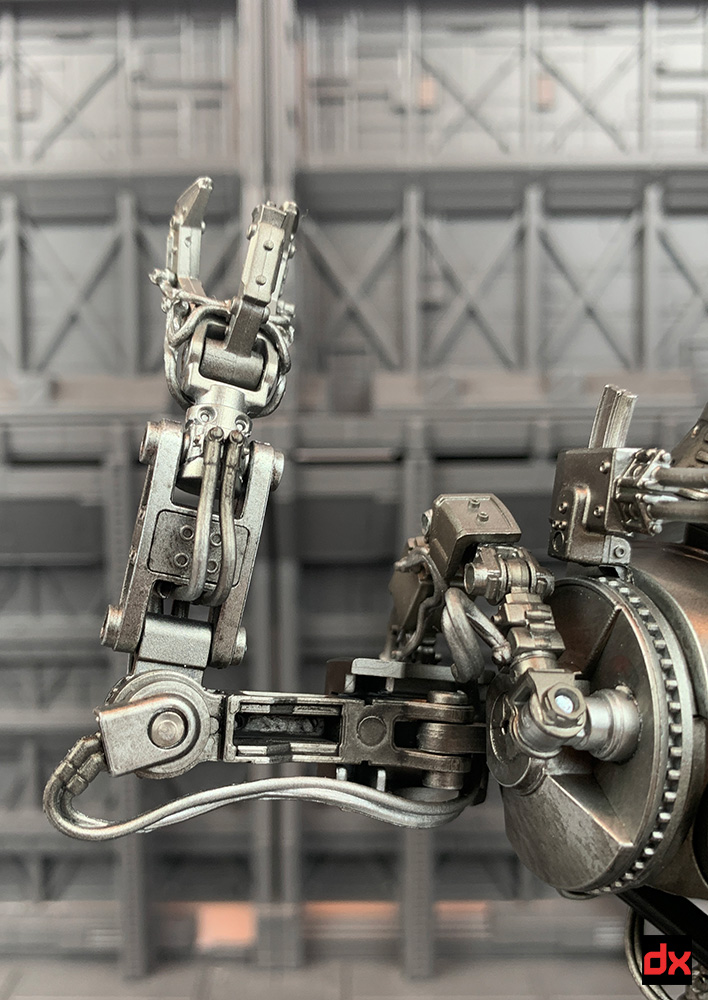 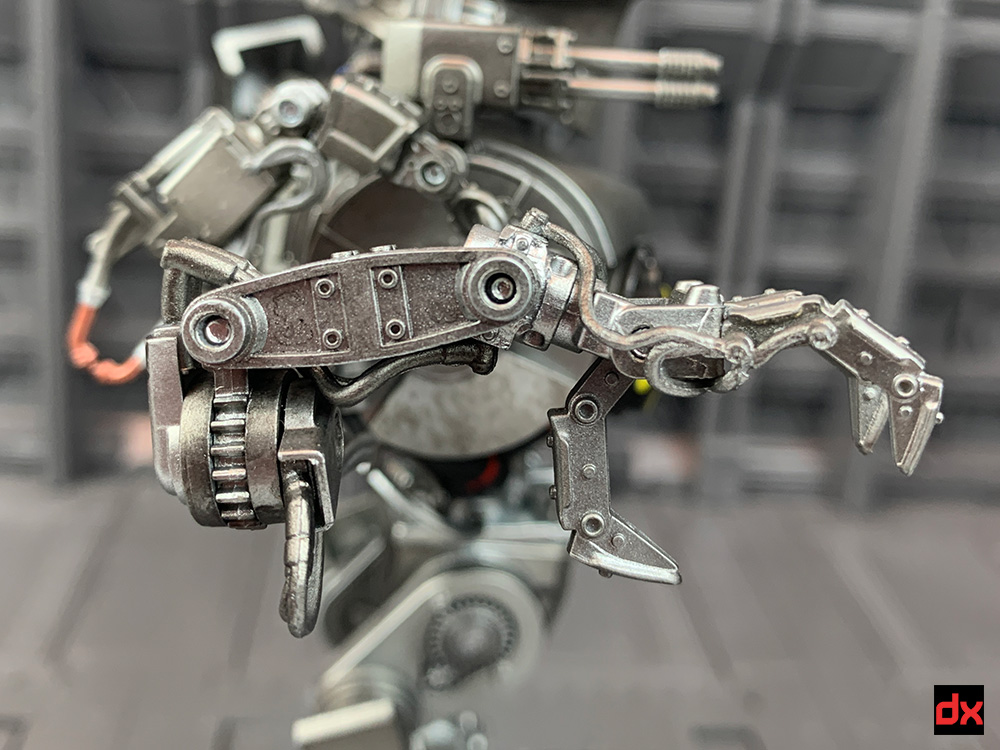 The smaller arm has 3 points articulation, and a welding arm at the end. 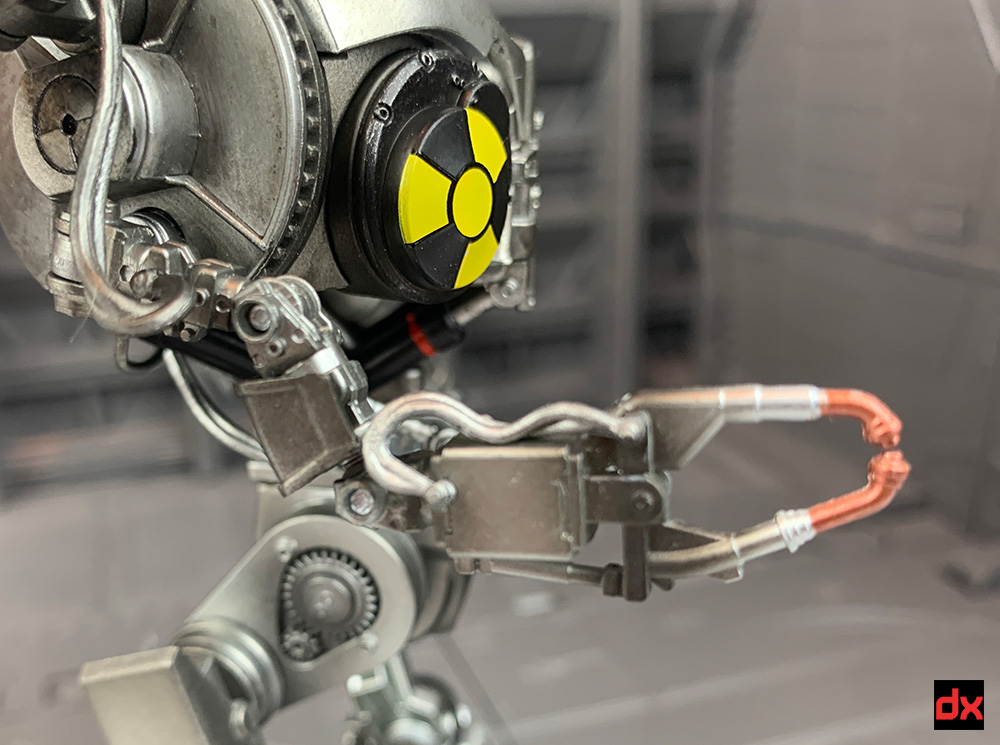 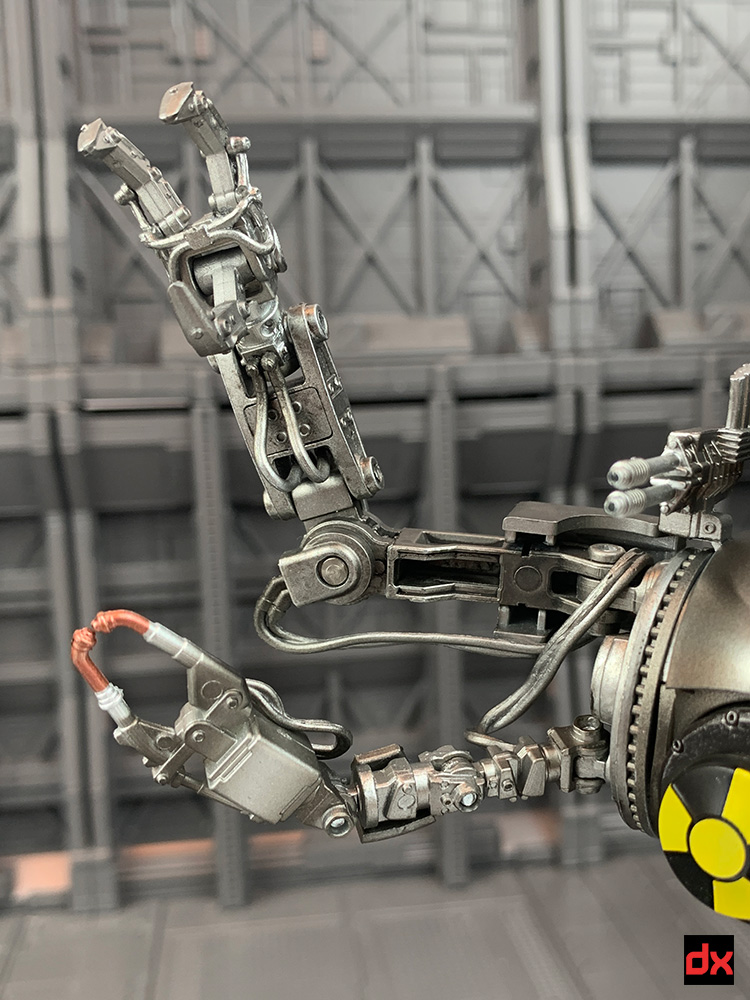 The machine gun mounted on the shoulder does not move, so don't force it. 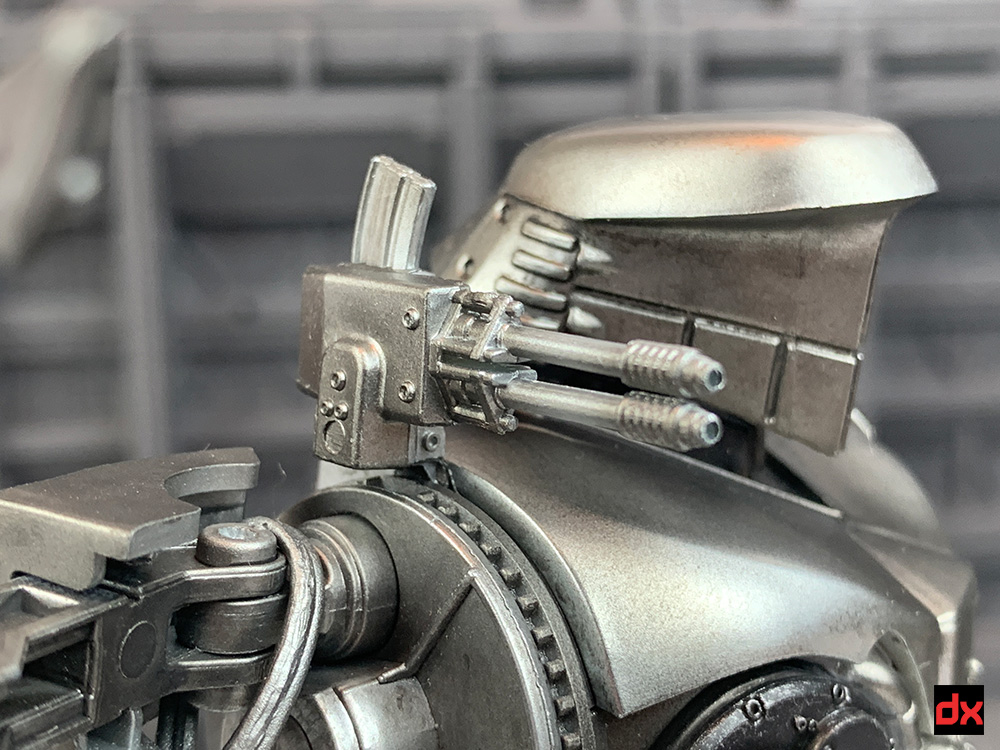 The other side has similar articulation, but different arm attachments. The hand inside the shield arm can be moved out. I mention it because it is not immediately obvious. There is no piledriver action for that arm either. 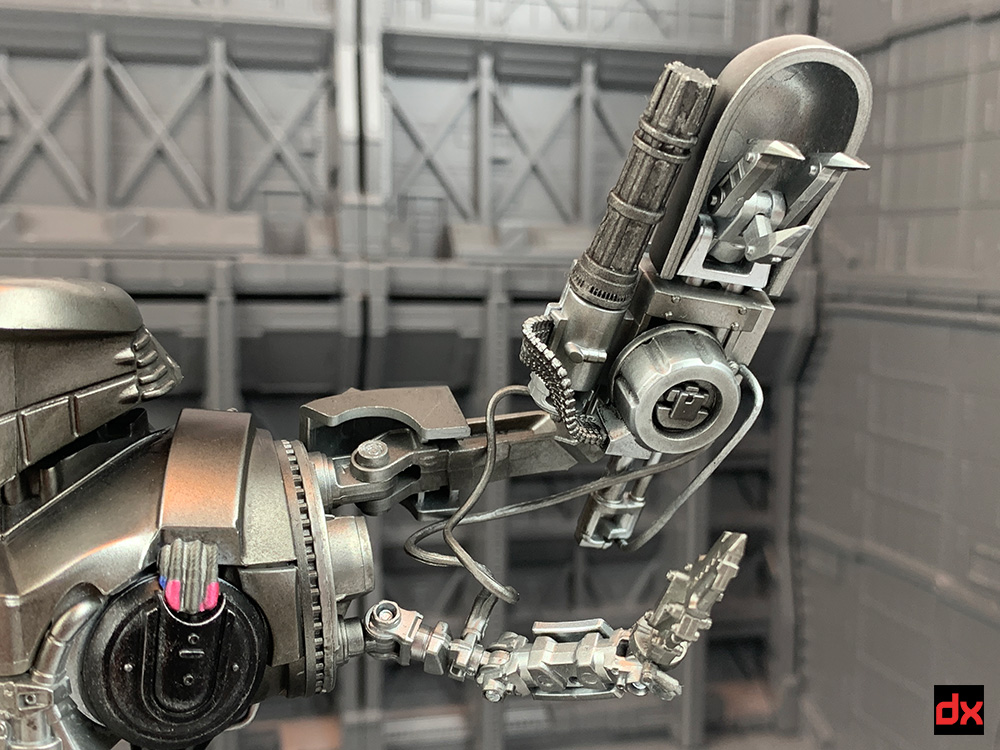 I mean just look at this thing. Beautiful. 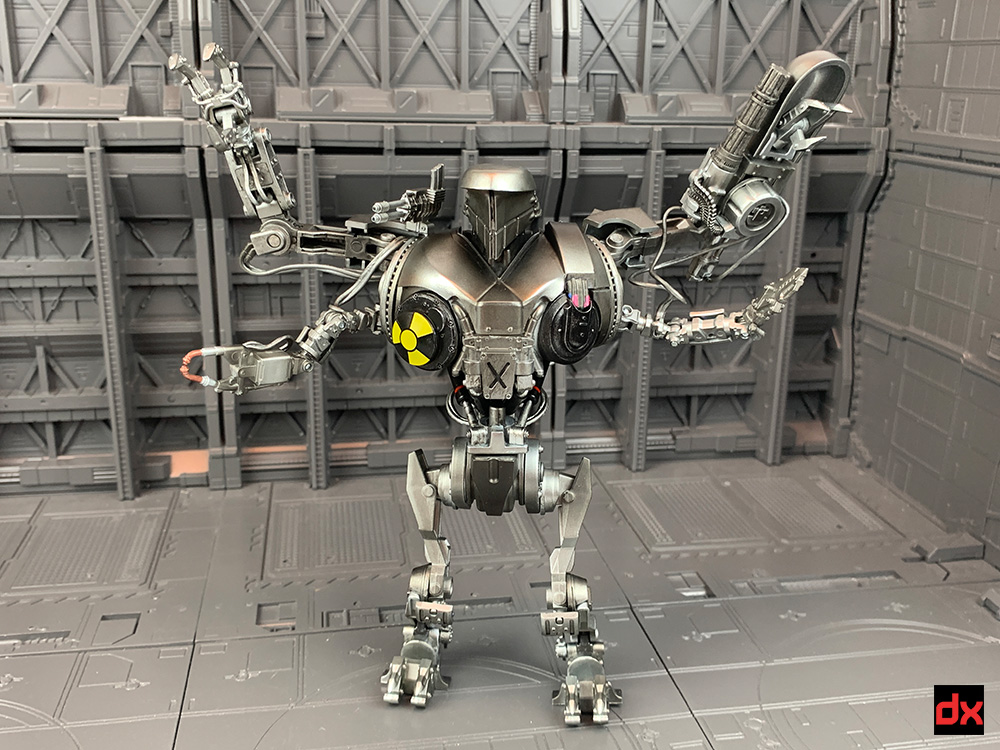 Legs also have a lot of articulation, but is crucially missing any kind of swivel joint at the hips or ankles. Still, there are 5 points of articulation in each leg. At full extension RoboCain is almost 7 inches tall. 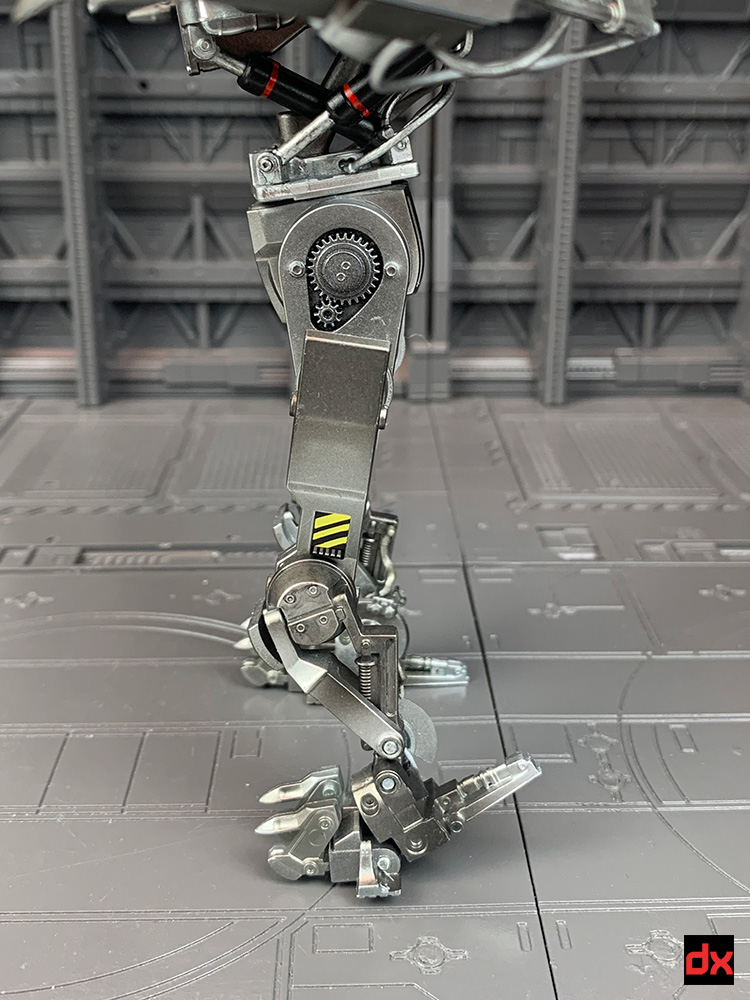 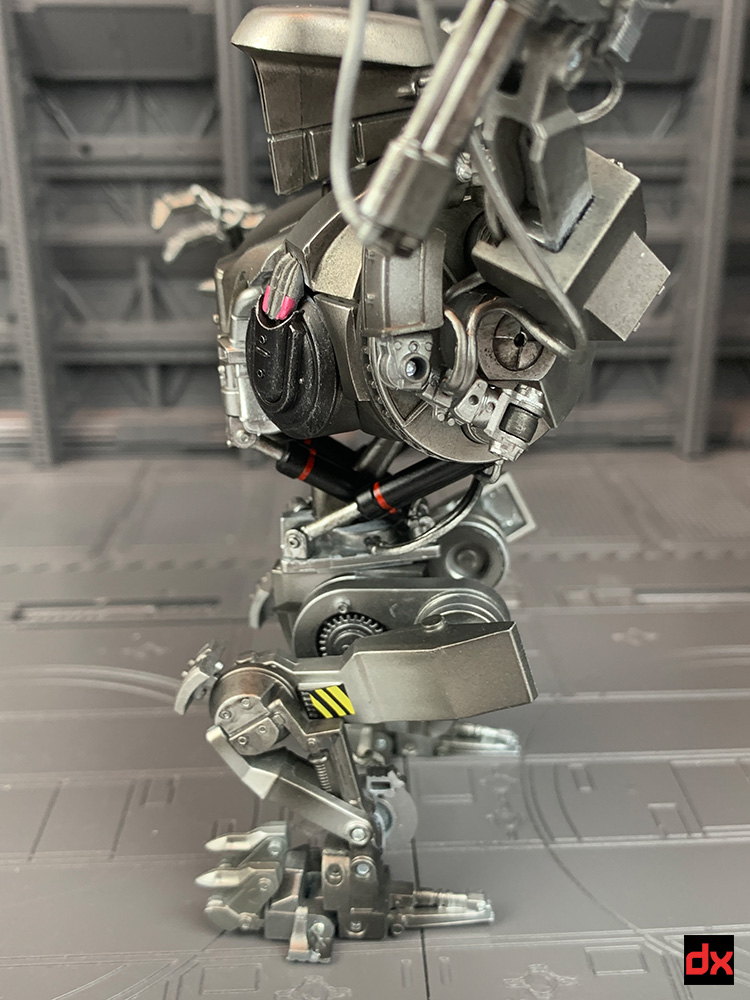 There is a hip swivel hoint, but the pistons underneath the chest do not move. The head is on a ball joint. 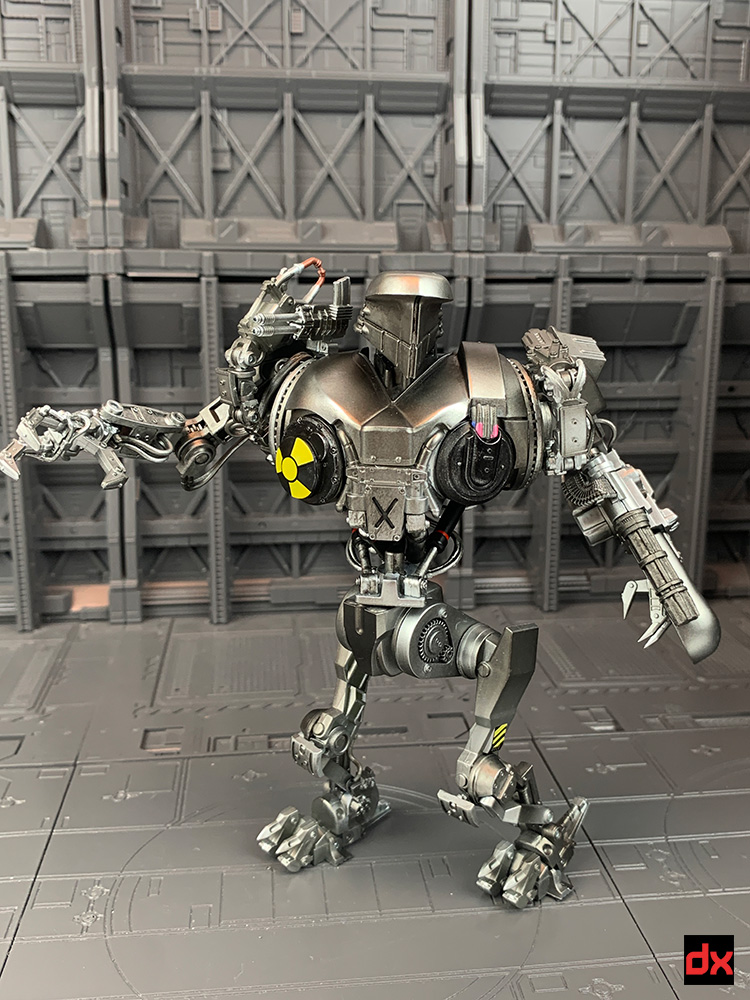 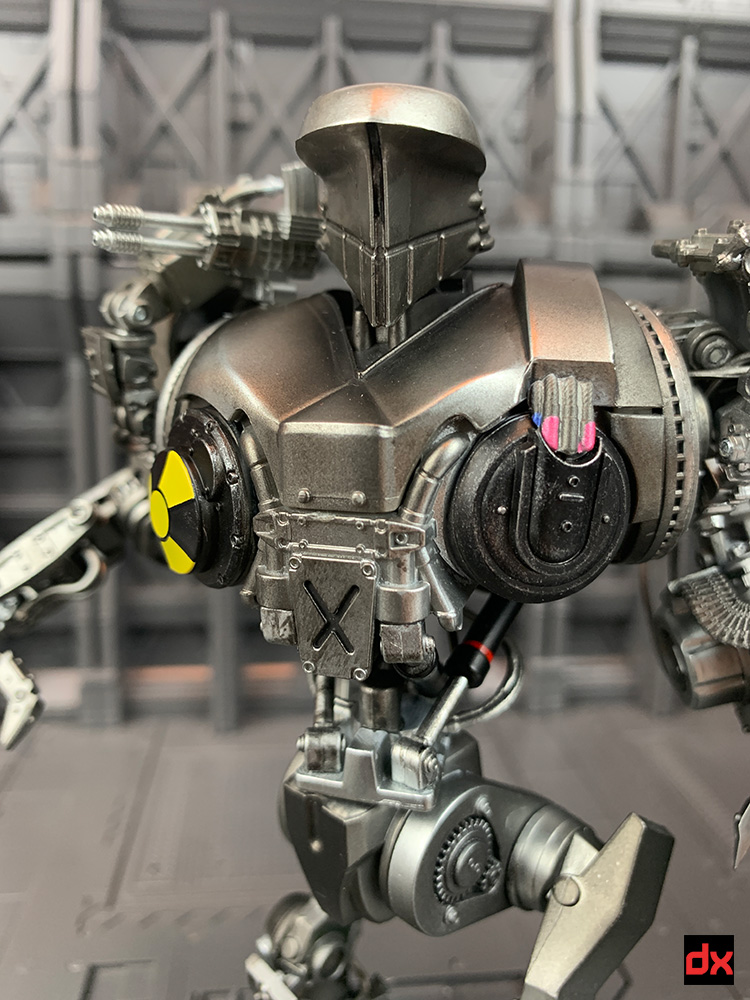 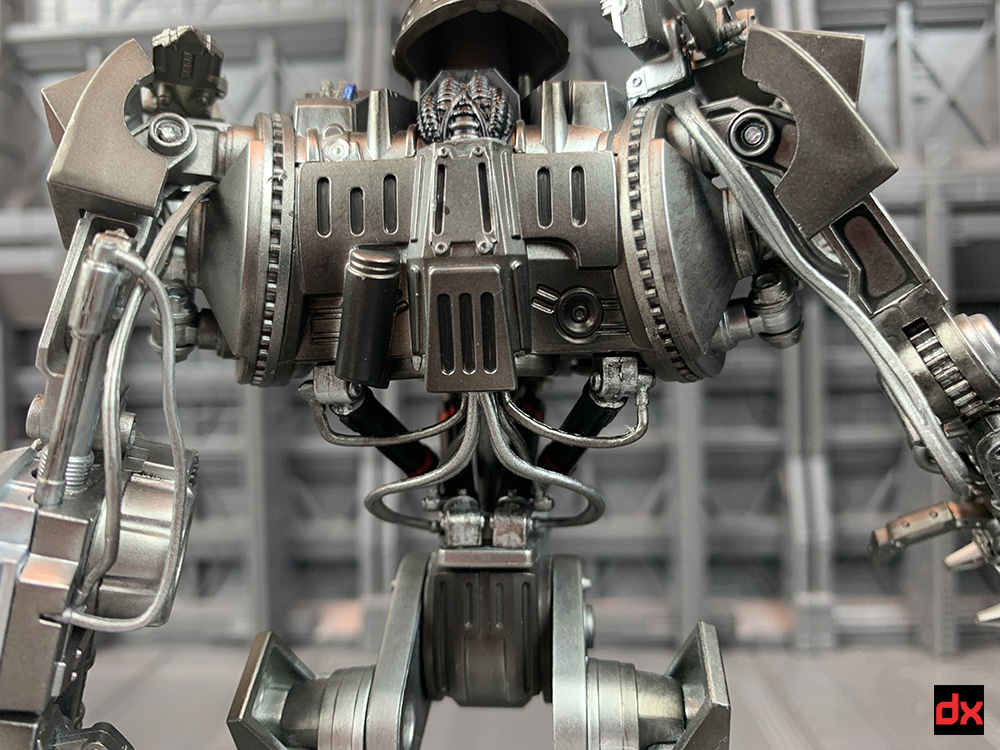 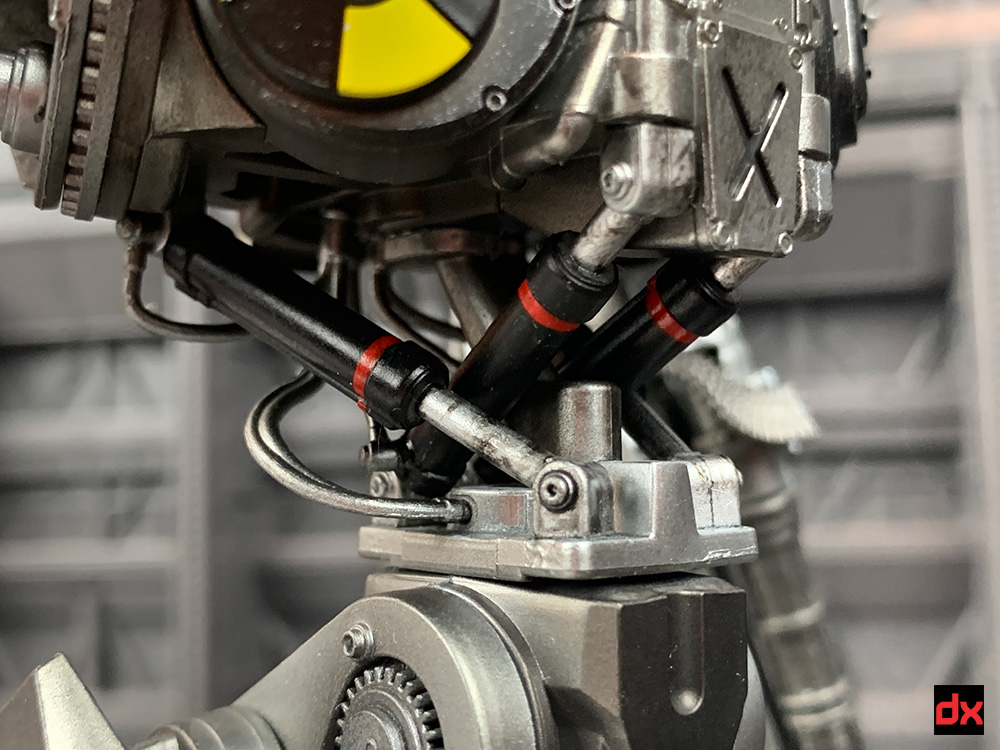 RoboCain is in scale with the previously released RoboCop figure from Robocop 2. 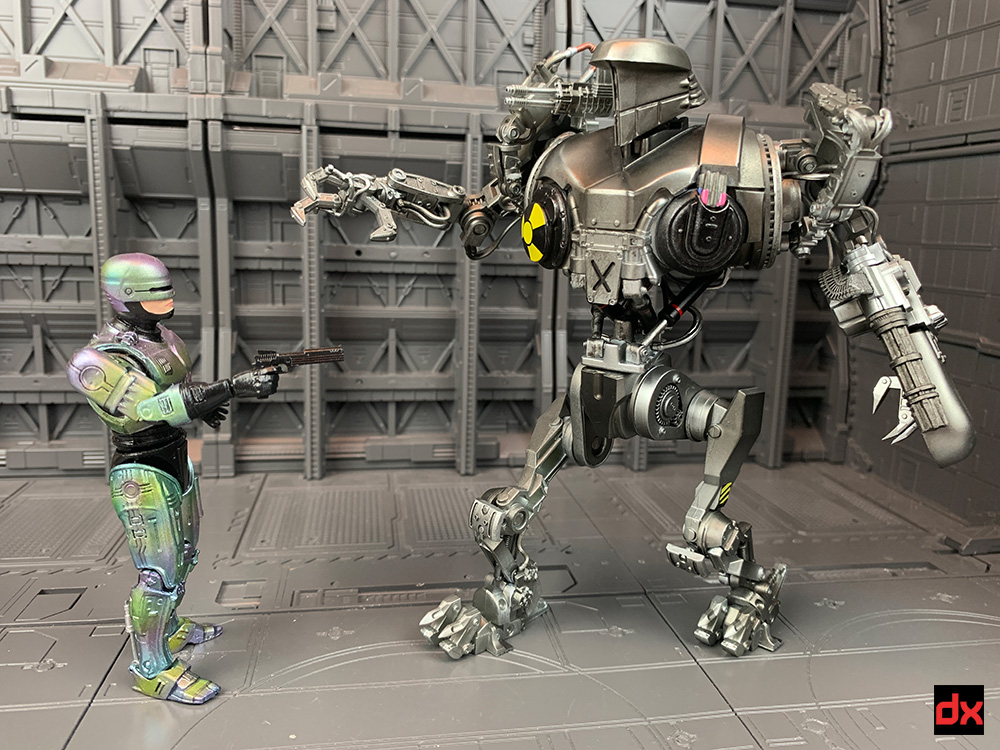 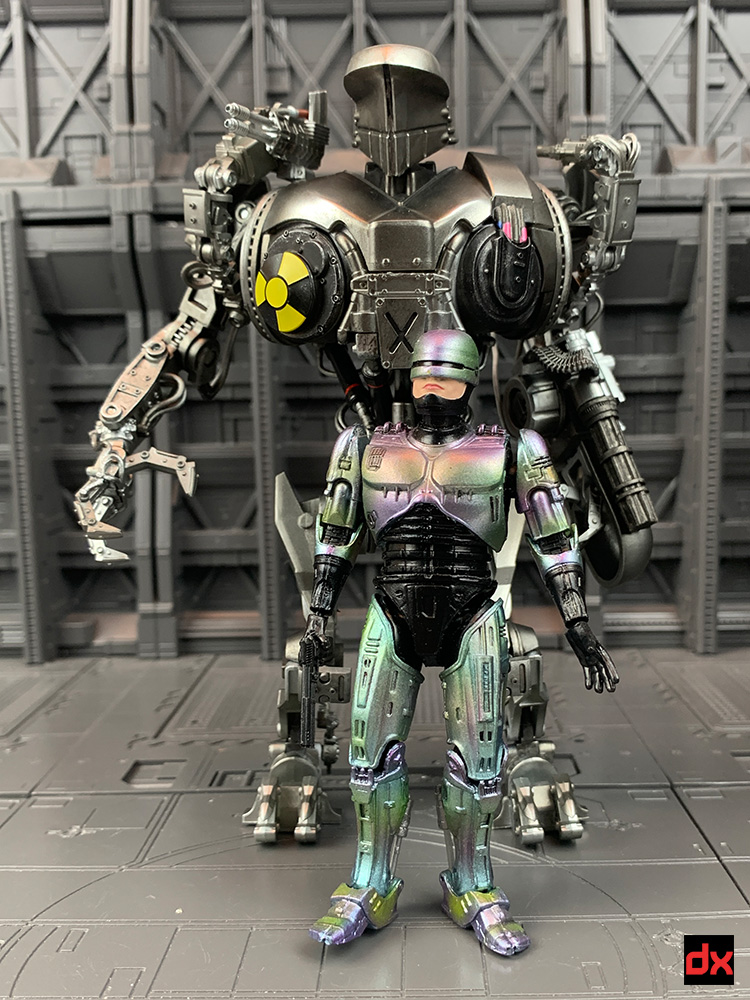 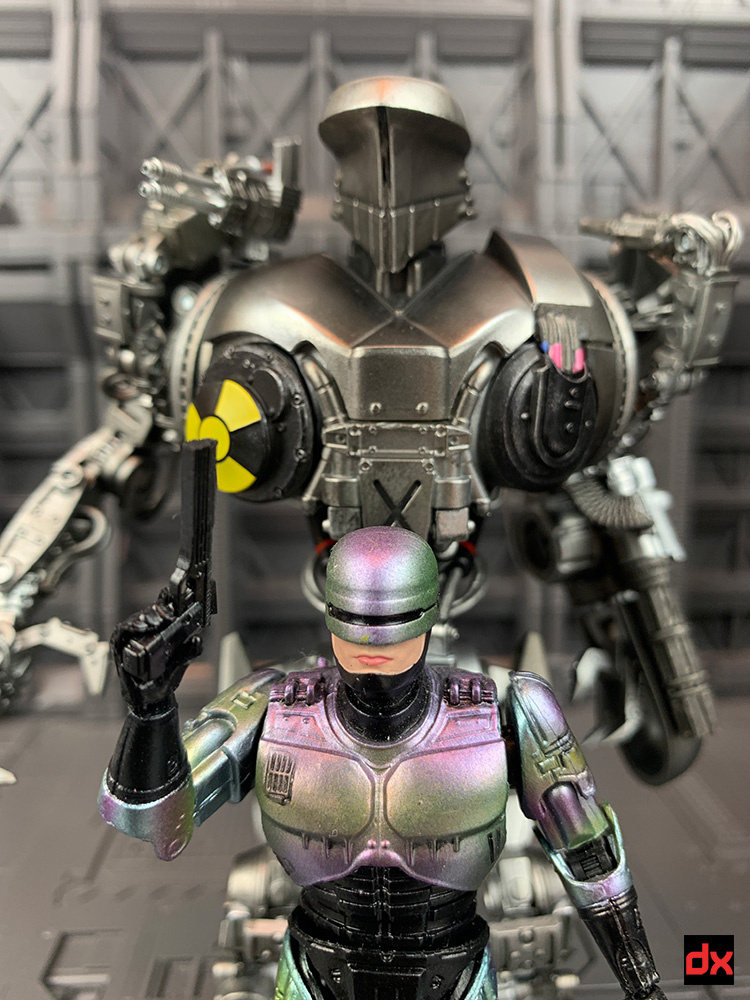 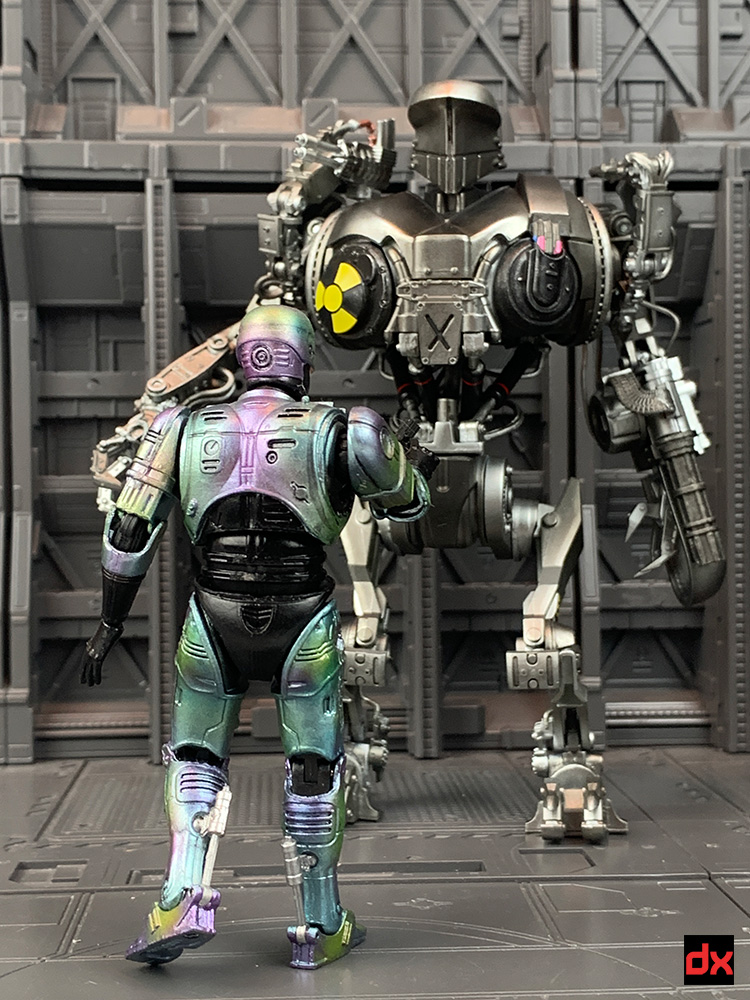 RoboCain is an astounding piece. Pick this one up with no regrets.

Thank you to Hiya Toys for the review sample. You can get yours here.