Alien Resurection was a shitshow of a movie, but it was a beautiful movie. I was a fan of the director Jean-Piere Junet from his work on Delicatessen and City of Lost Children. And the thing was written by Joss Whedon? I have no idea what went wrong but the whole movie was a trainwreck. At least it looked good.

This figure, titled "Lead Alien Warrior" comes from the aforementioned film. Despite what you think of the film, there's really no such thing as a bad Xenomorph design. Let's take a look.

Alien Warrior arrives courtesy of Hiya Toys. Get yours here.

The box is standard Exquisite Mini. 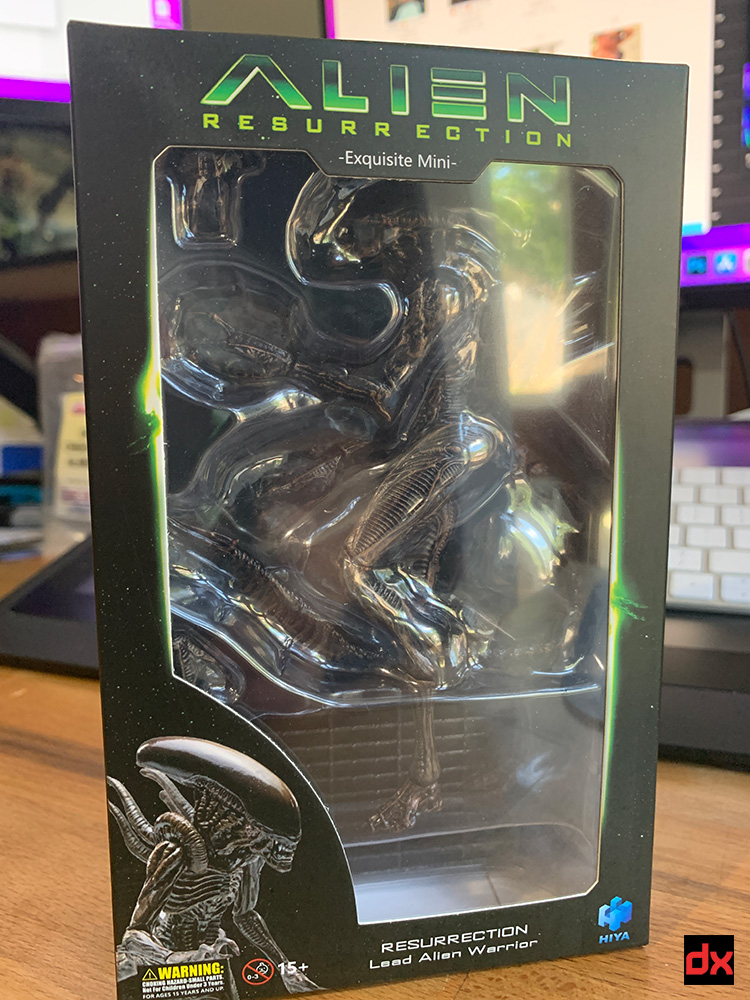 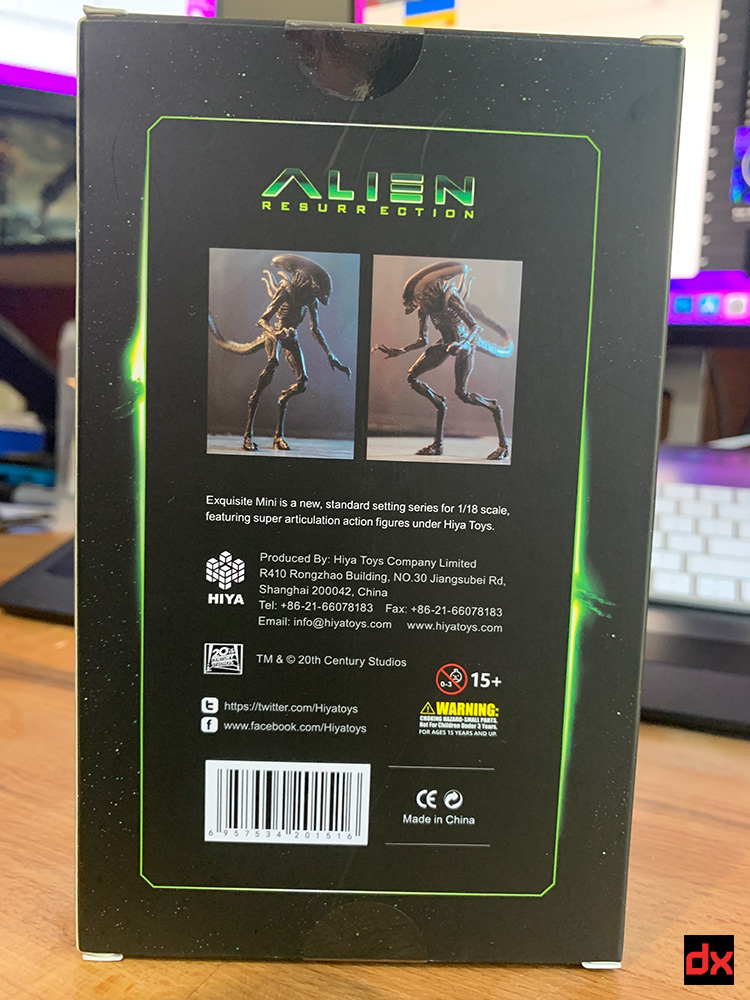 After reviewing so many Xenomorphs, they all blend together. I'm not going to be able to comment on accuracy or anything. It looks cool though, and has no QC issues. 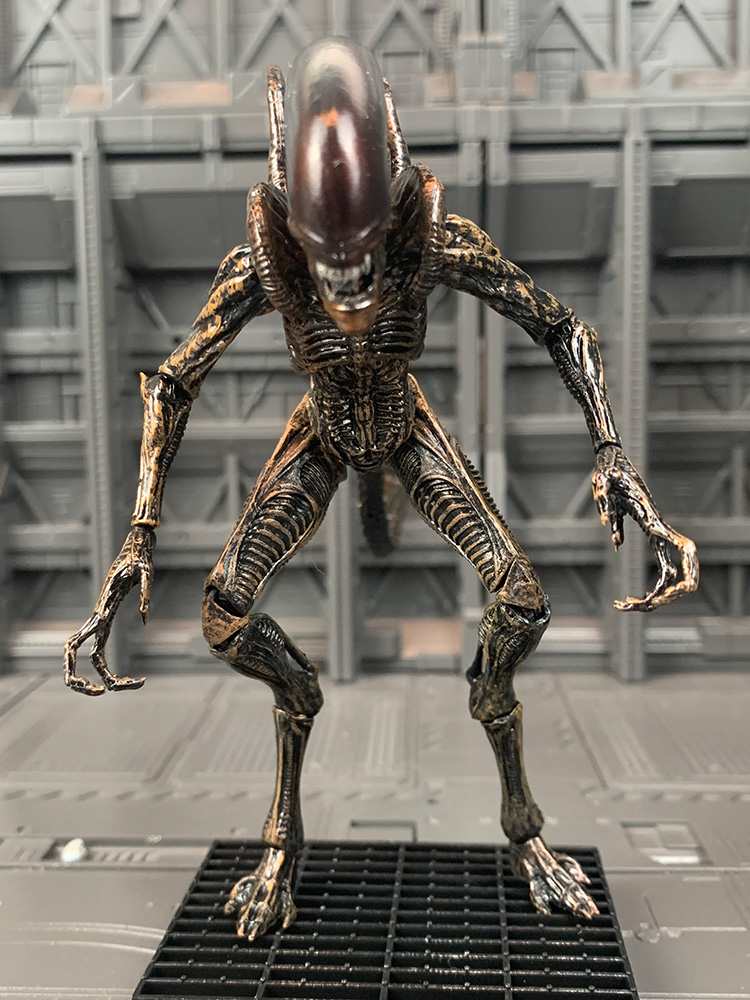 This version of the Xenomorph seems a bit skinnier than the others, with a brown-ish tint. this one also appears to have an extra leg joint creating the unusual stance. 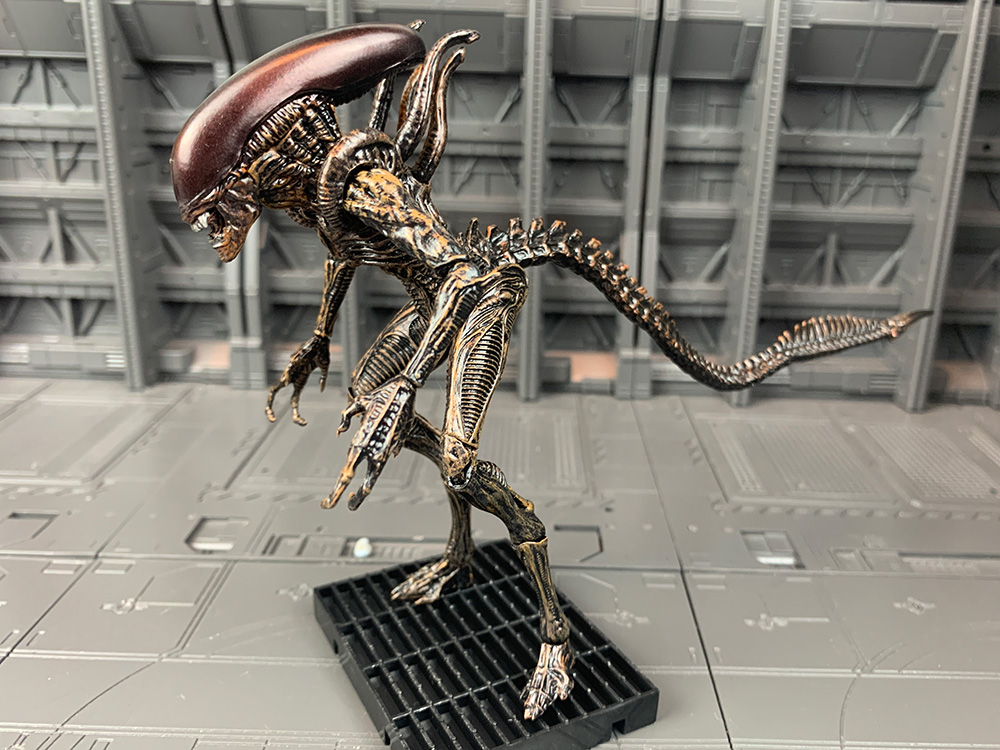 The mouth opens, and the internal jaw slides out. 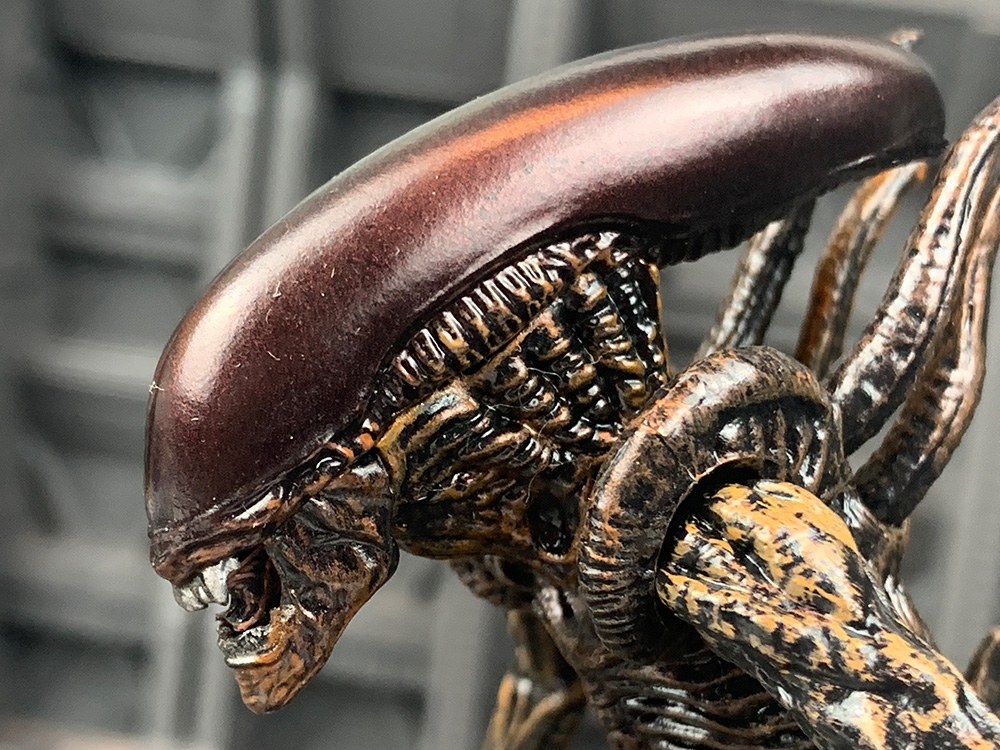 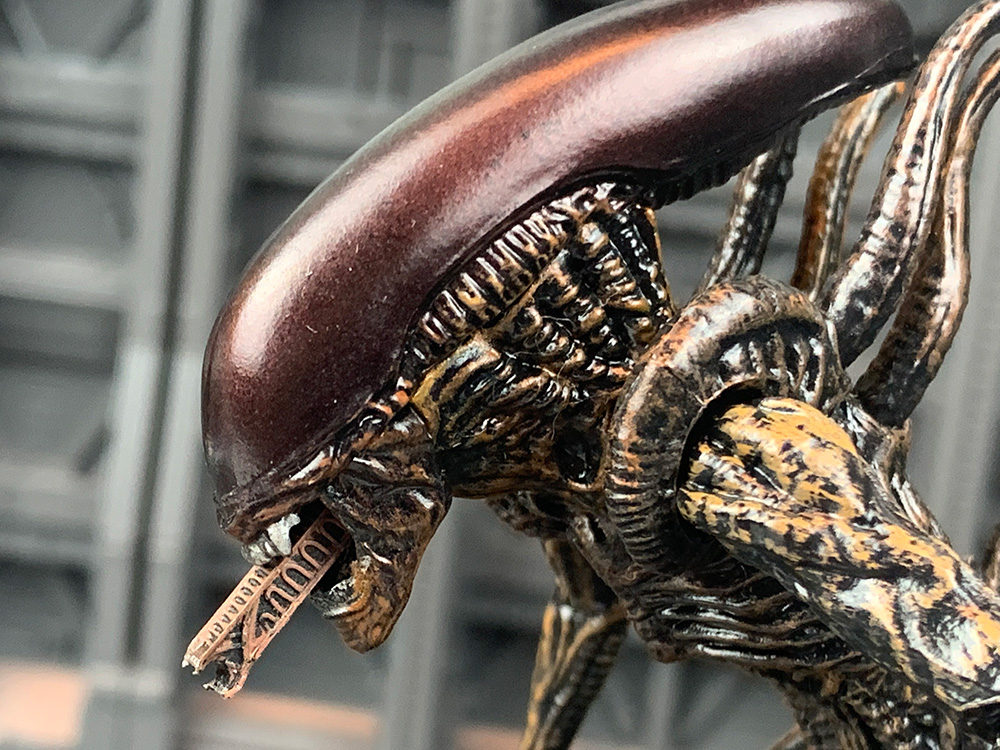 The figure is fully articulated with a bendy tail. You can use the tail as the third leg of a tripod to help the figure stand without using the included stand. 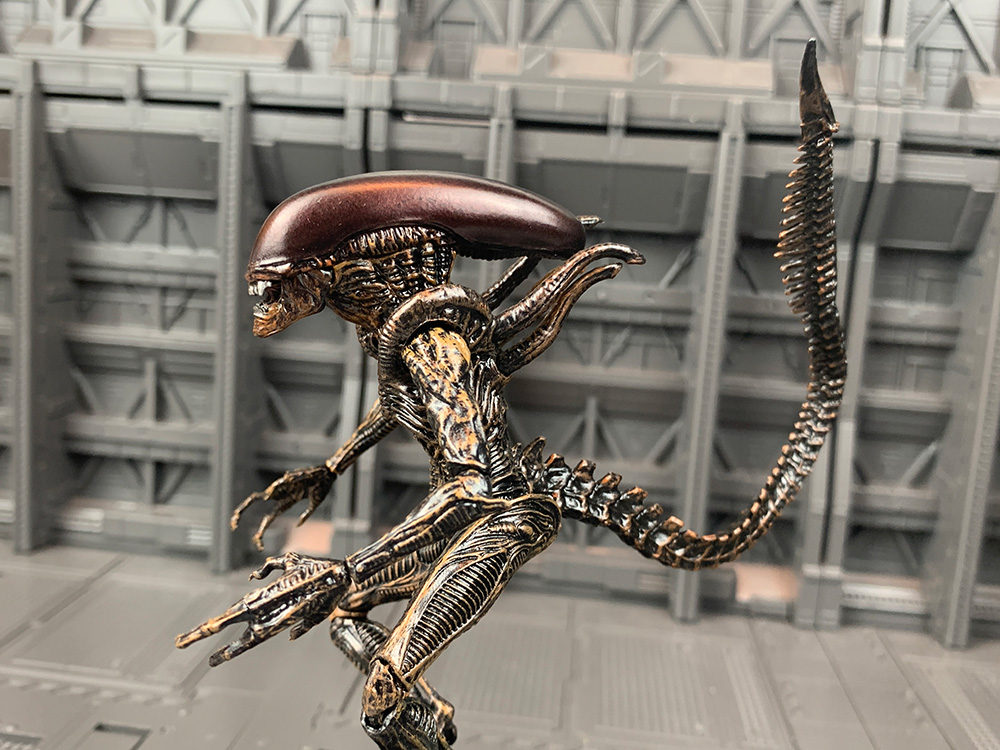 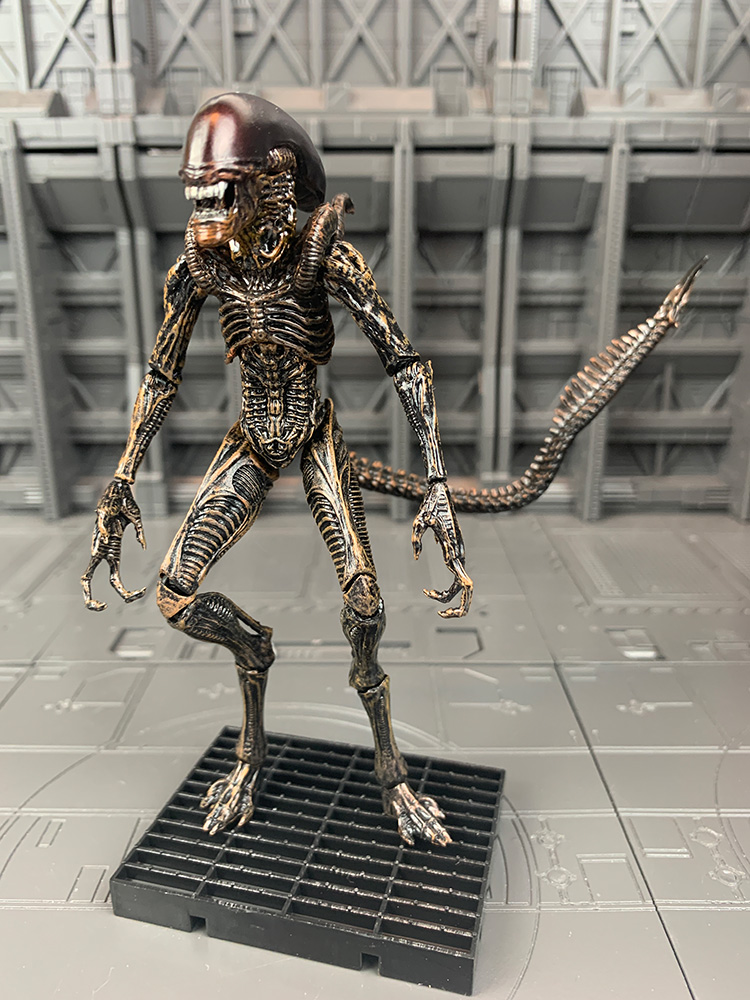 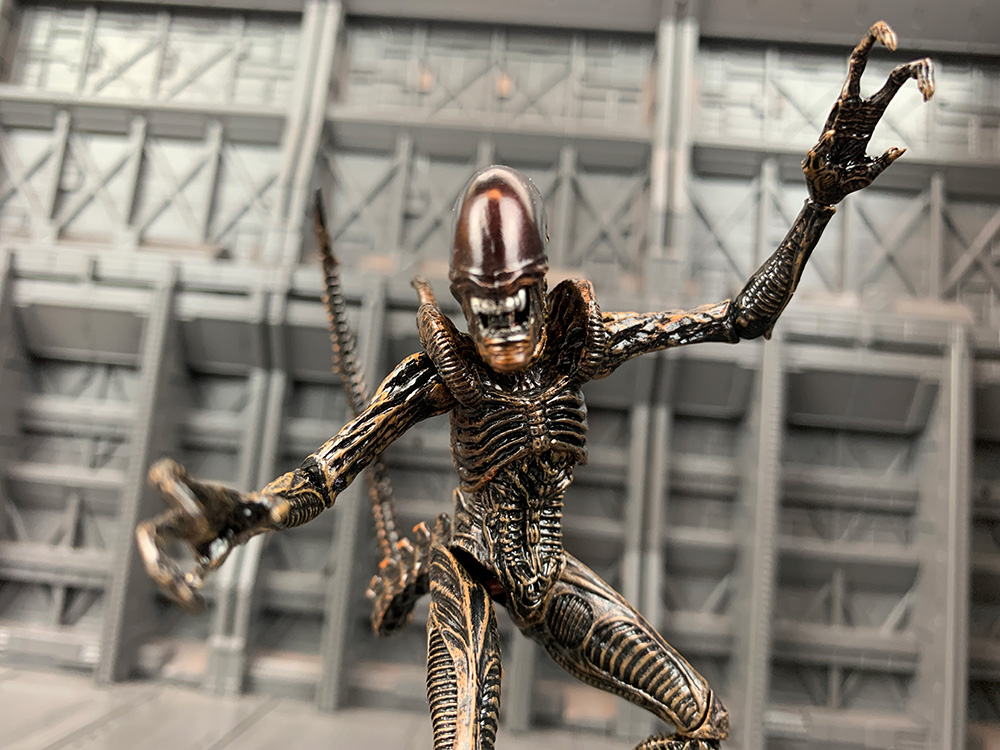 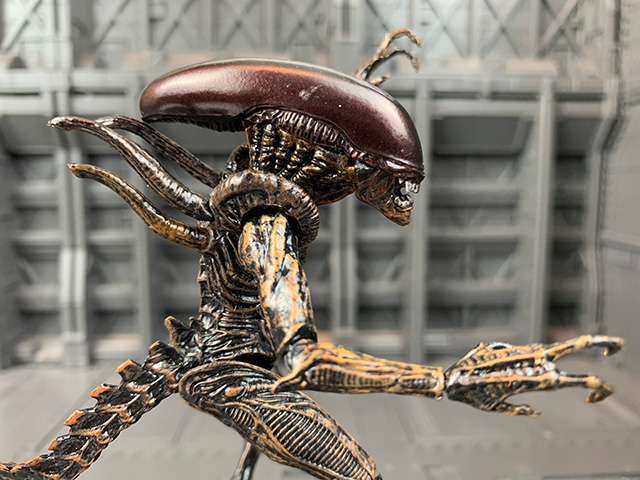 I usually have mixed results with the stands, but this one holds securely, probably due to the lightness of the figure. 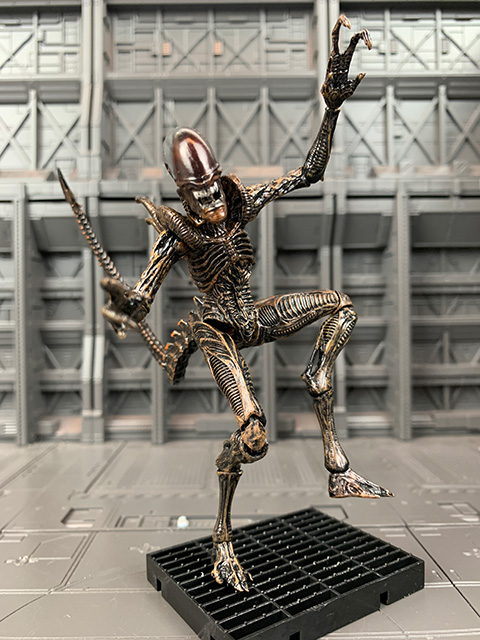 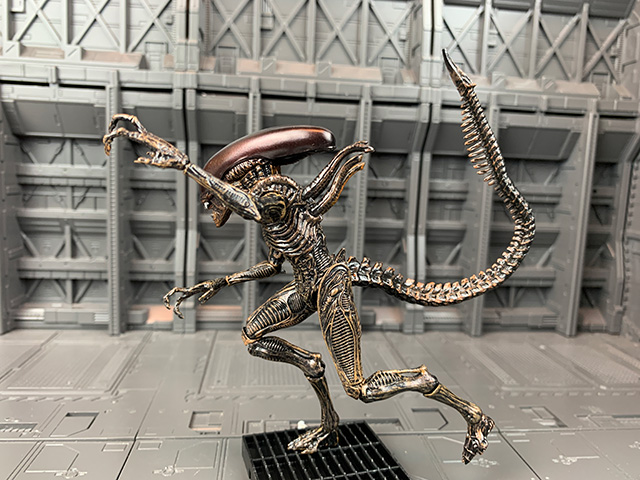 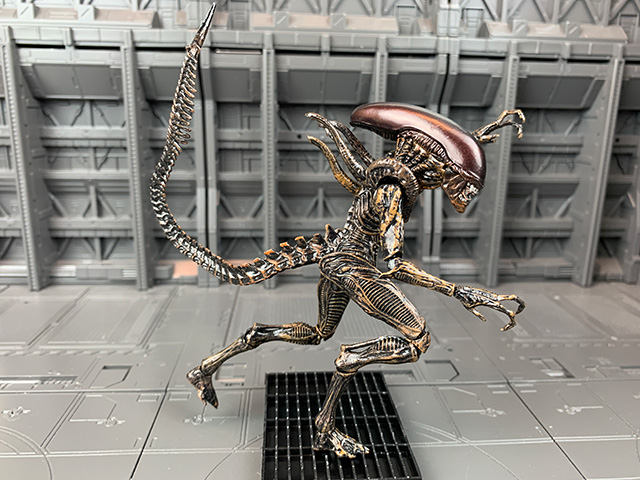 Two variant hands are included in addition to the display base and connectors. 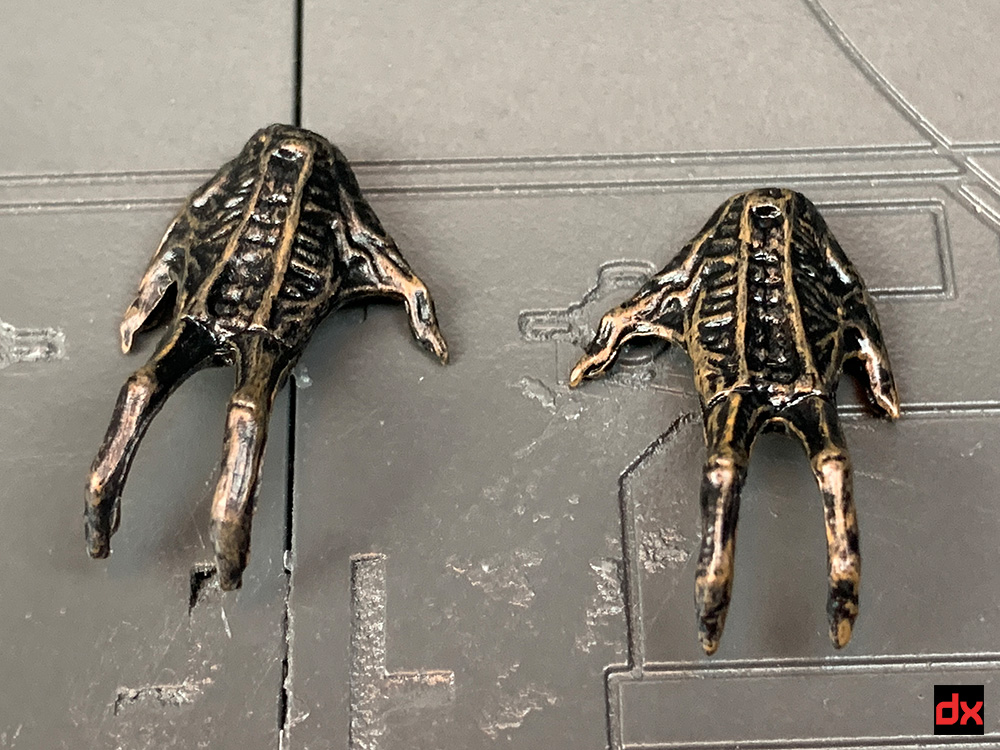