The Invisible Berserker is one of the four Predators from the 2010 movie, "Predators". I have not seen the movie. 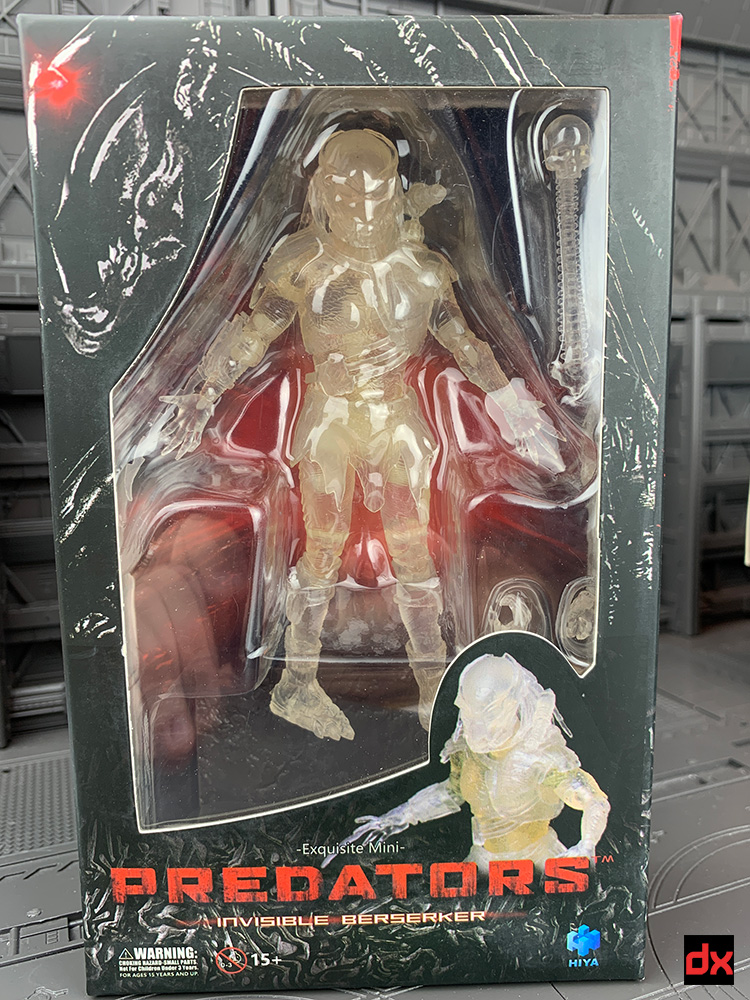 While the clear versions are a good way to get another toy out of the same mold, it's also a way to see how a figure is constructed. This clear version gives a nice look at the jointwork that goes into each Exquisite Mini. 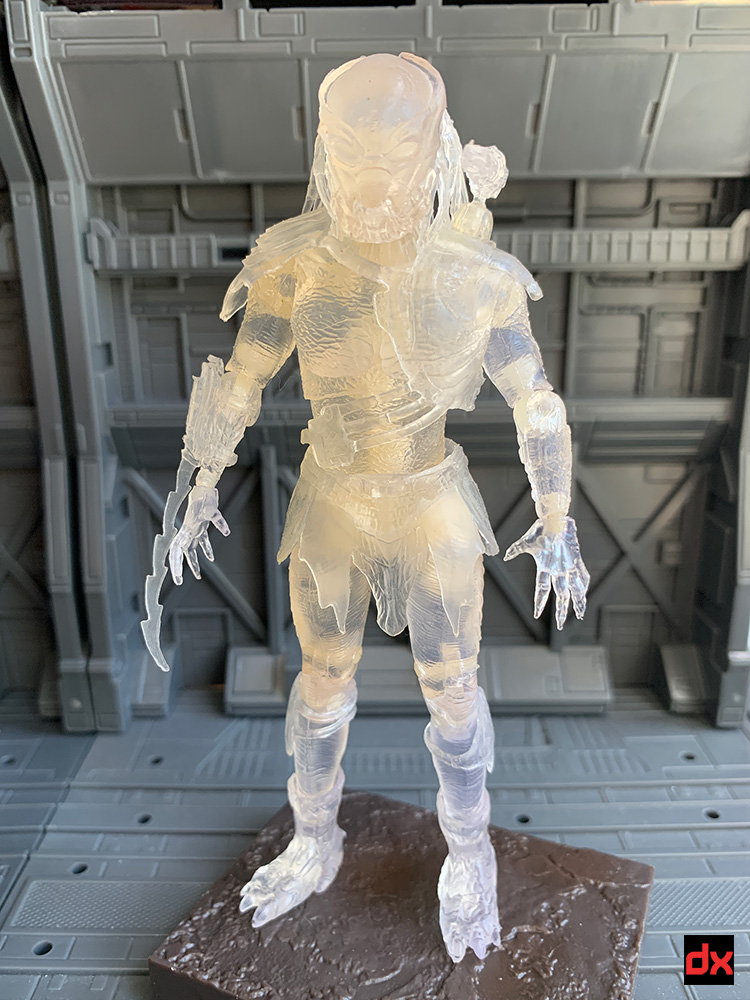 I don't know much about this one, nor do I have the regular color one. The surface detail is nice, and this one is agian using the old style body with the single joint elbows and knees. 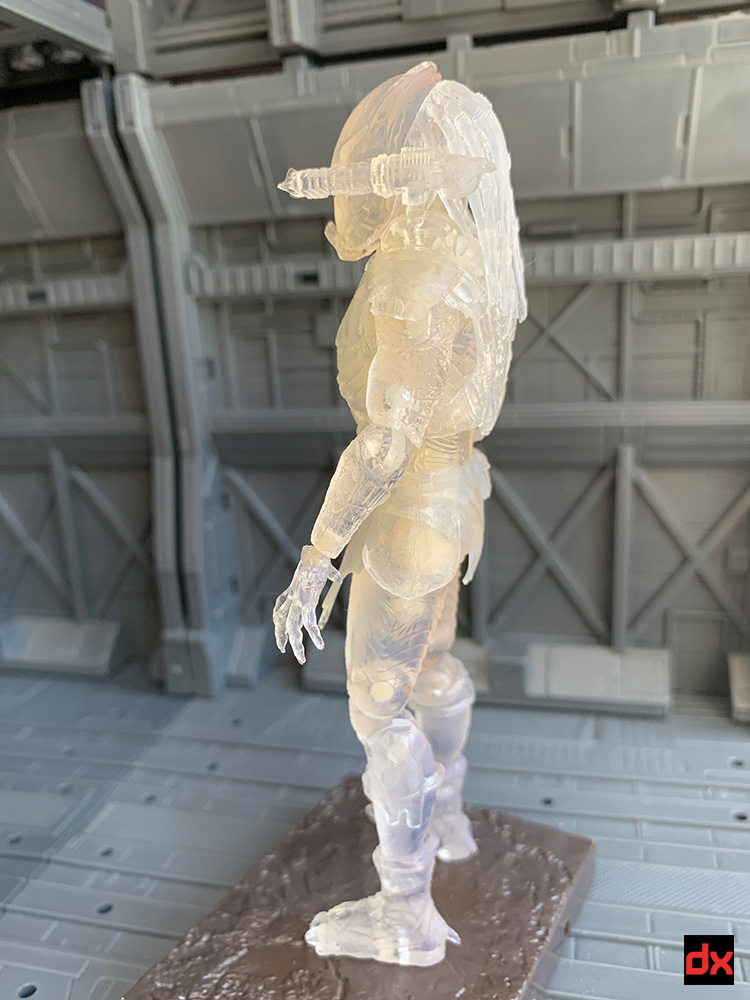 Again this one is wearing boots, so no ankle joints for you. Posing is limited due to the lack of joints. 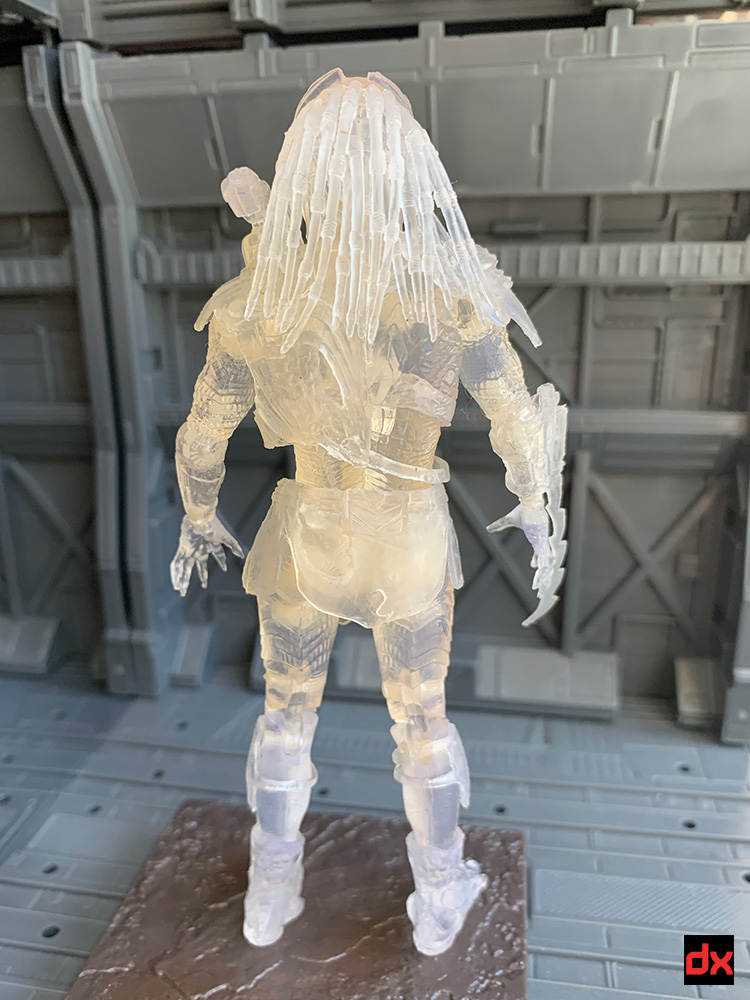 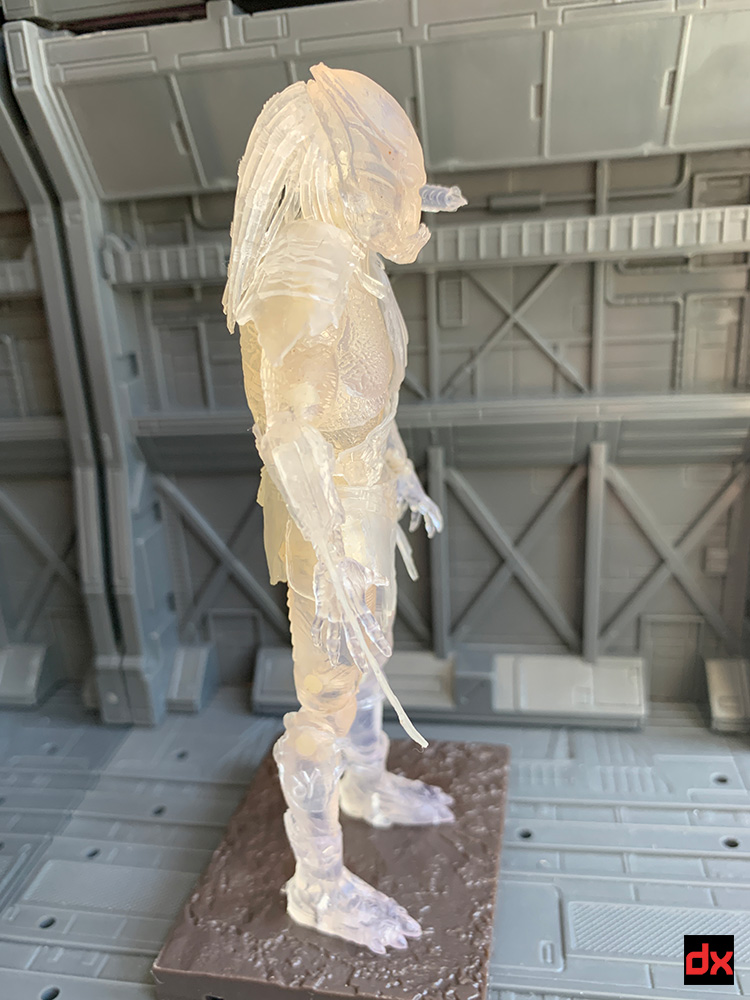 Accessories include two extra hands, human spinal column, baseplate, two base connectors. The spinal column has been reused a bit on the Predator figures, but it's still cool. 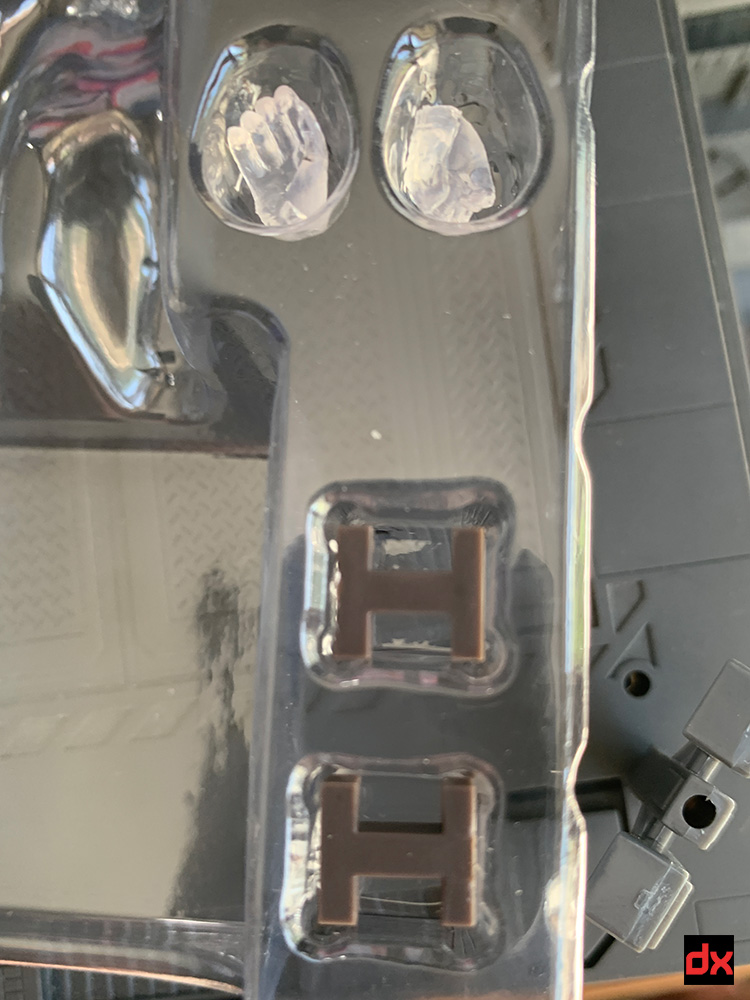 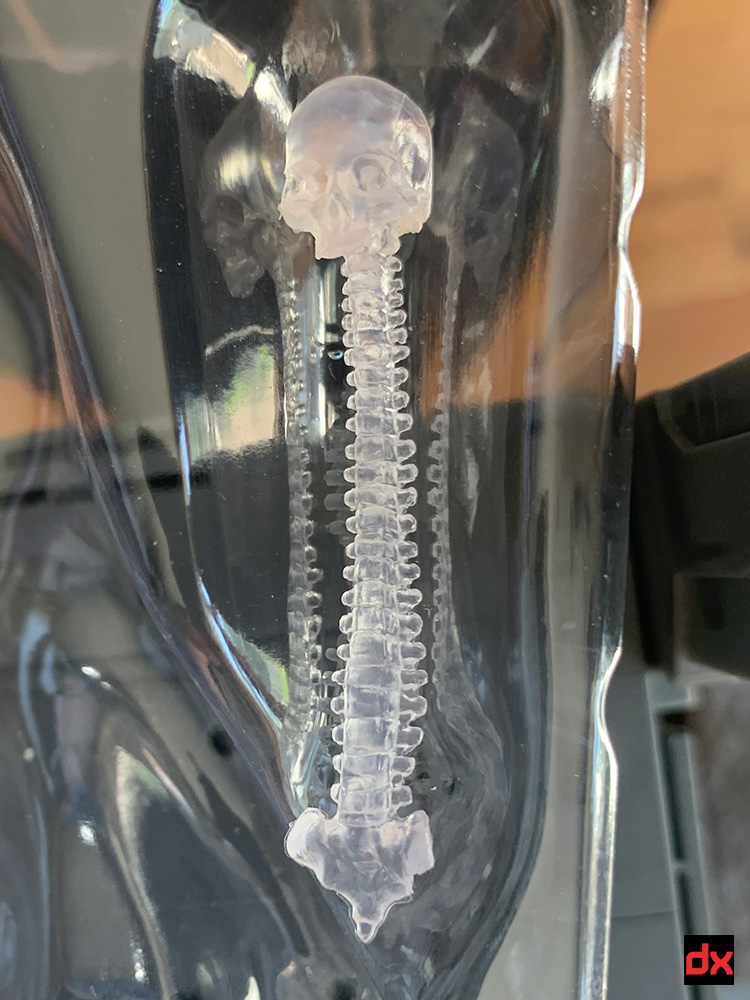 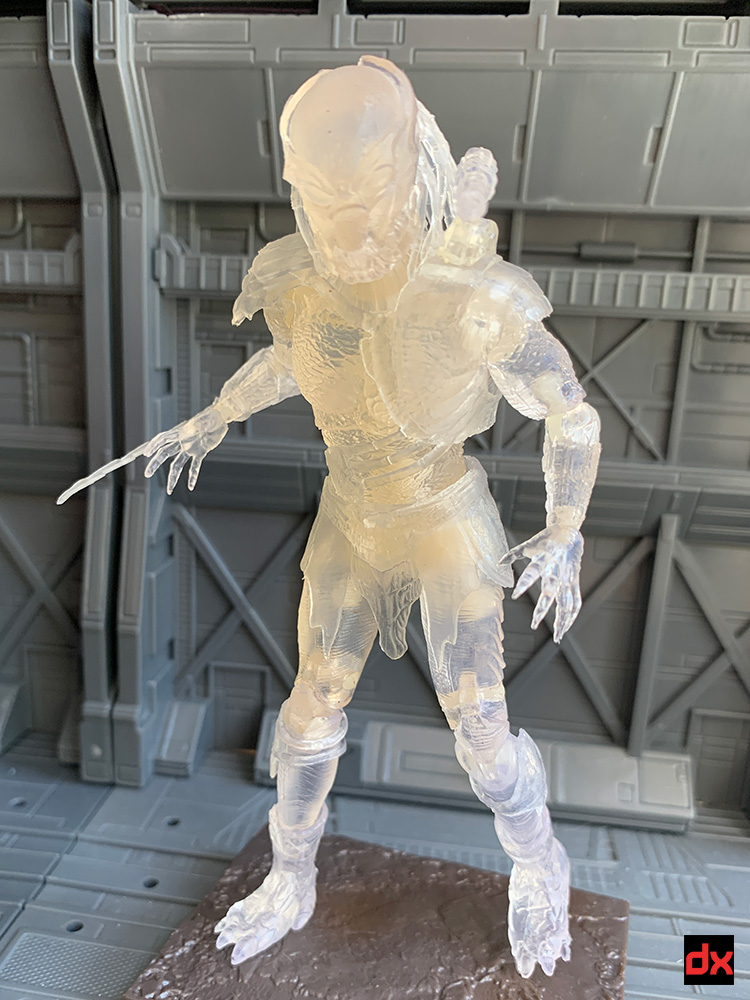 Nothing really wrong with this figure, except the boots thing, which is part of the design. 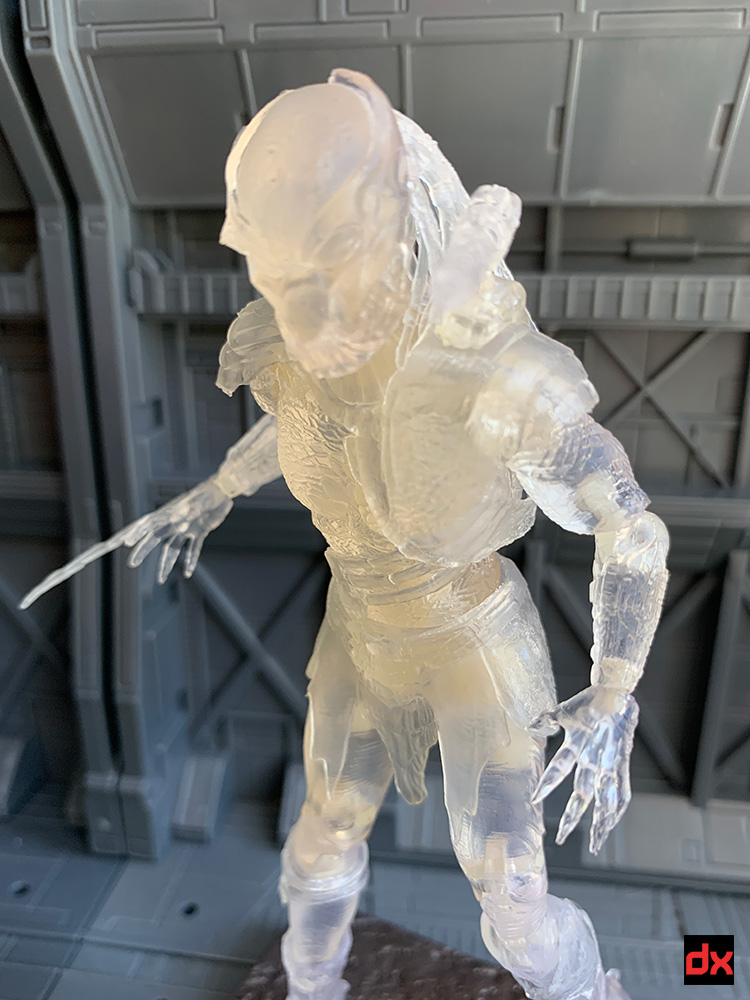 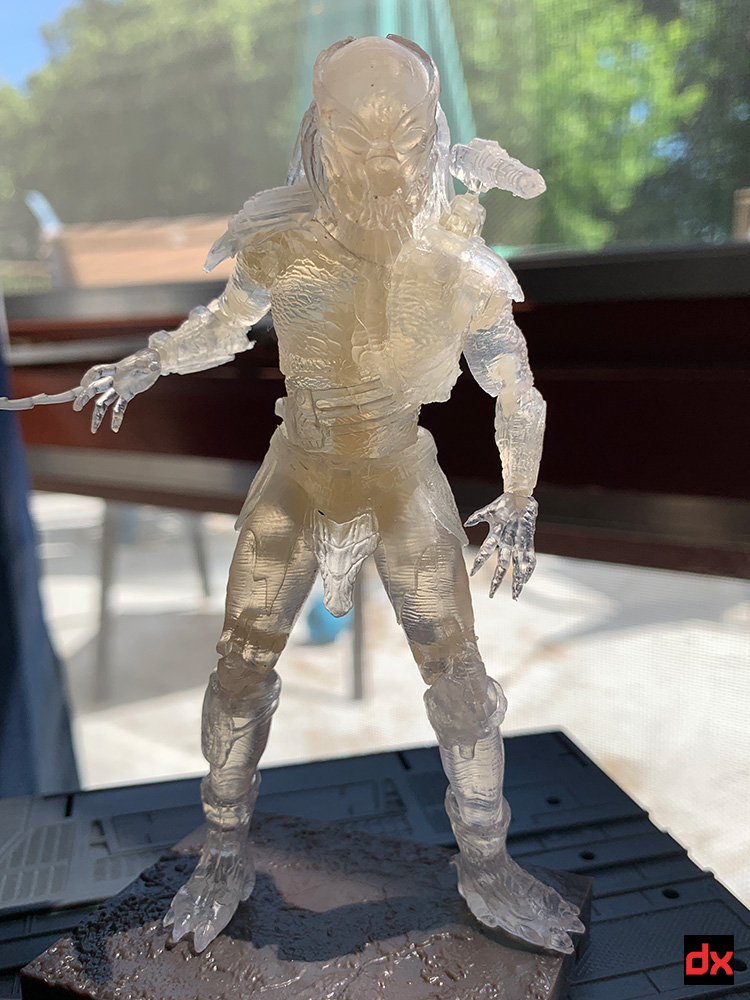 If you want one, you can get yours on Amazon