This Alien Queen is a beast of a figure. It stands about 7 inches tall but with the tail extended it comes in at around 18 inches long. It comes from the Alien Vs. Predator movie, and is a different design from other Alien Queens we have seen in the movies. It's also different from a previous release that required some assembly.

This is the one you want to get.

The box is large but somewhat flimsy. Inside you get the queen, four stand parts, 8 stand connectors and one clear stand part. No instructions are included. 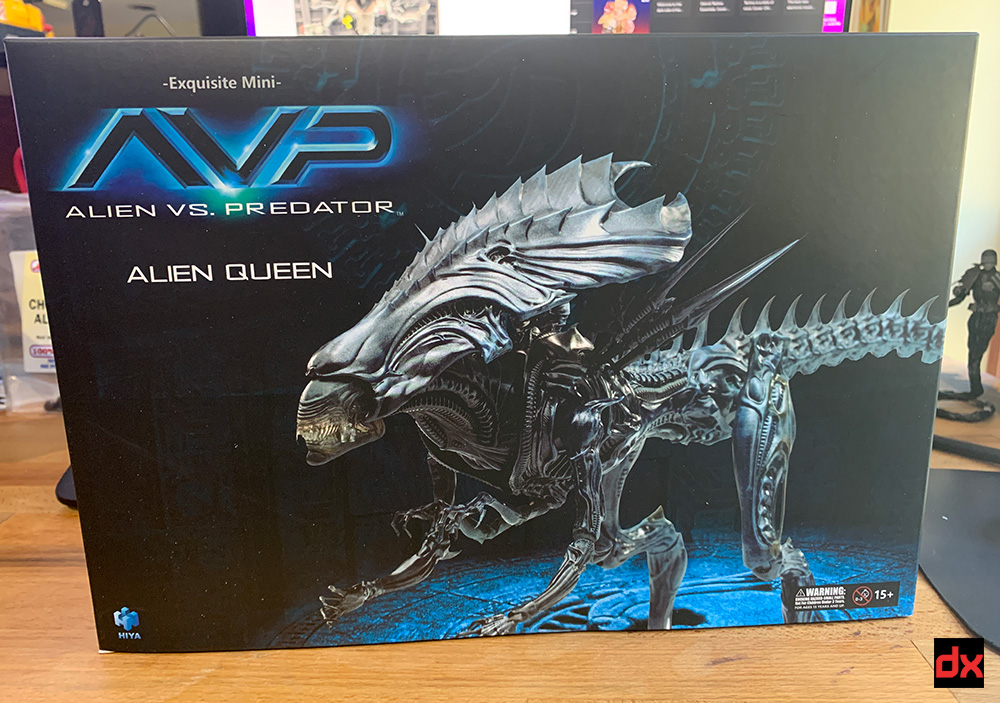 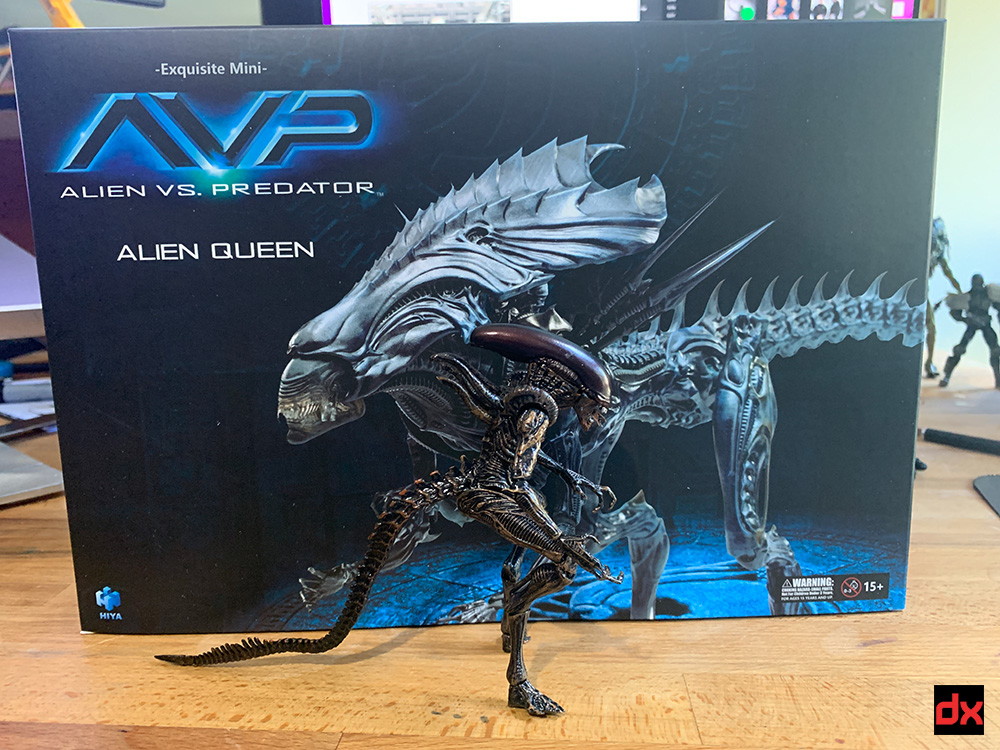 The queen has a nice dark blue sheen with colored highlights and some transparent parts. it's super poseable, but still somehow awkward. The figure is a bit too top heavy to balance on the small feet, so the stand is recomended. You can do it if you use the tail as an additional balance point. 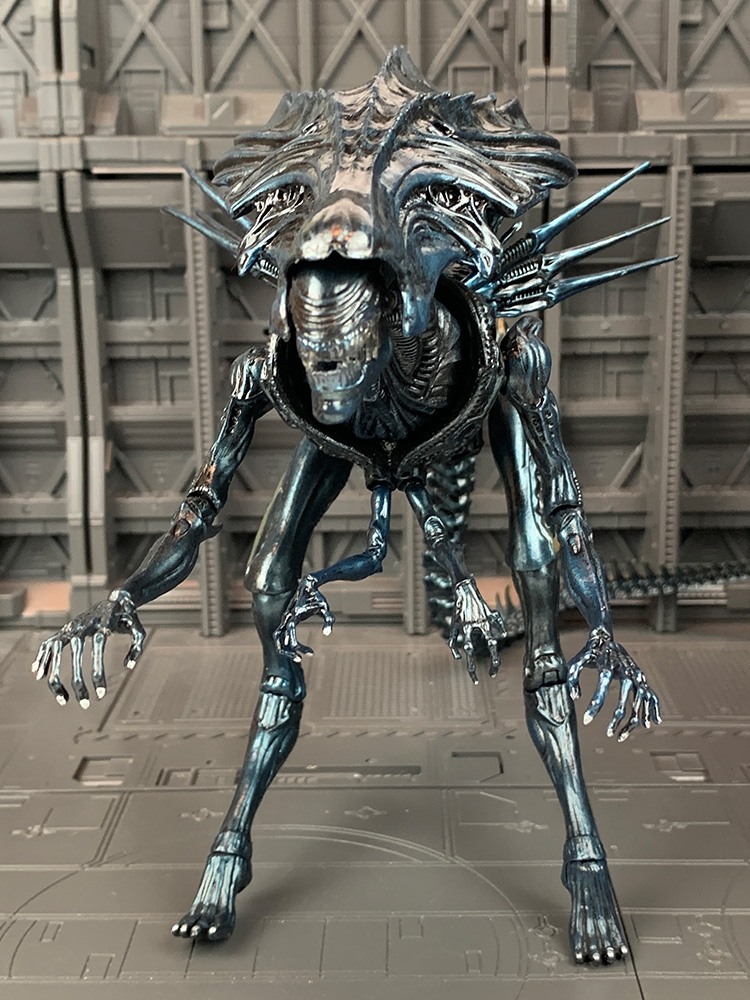 The head is on a separate ball joint than the rest of the crown. 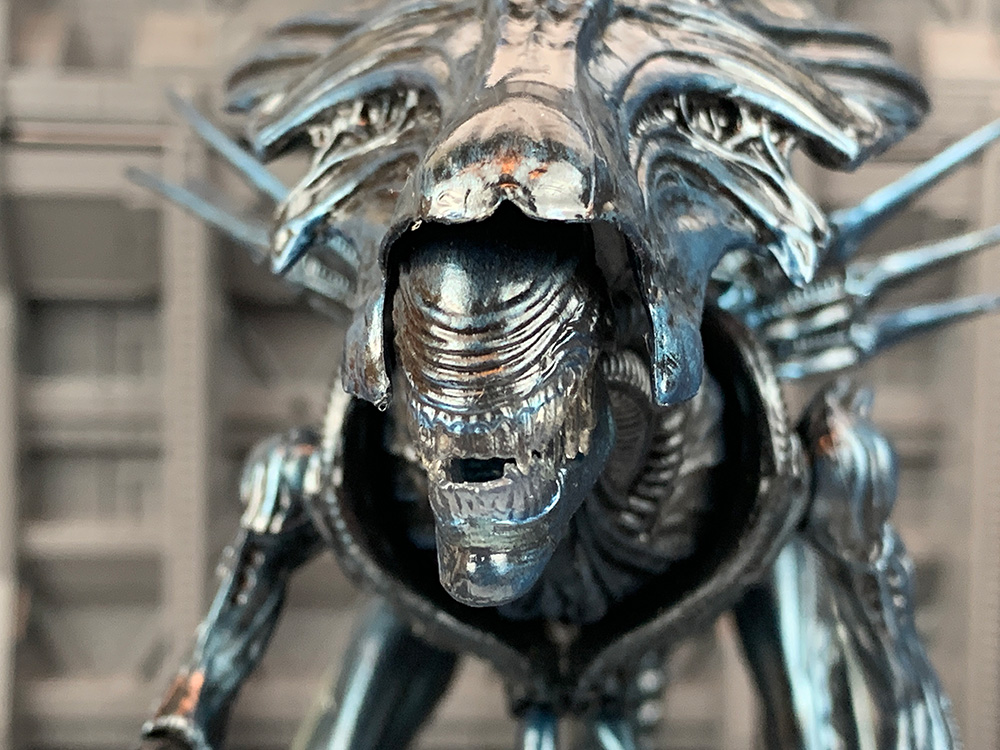 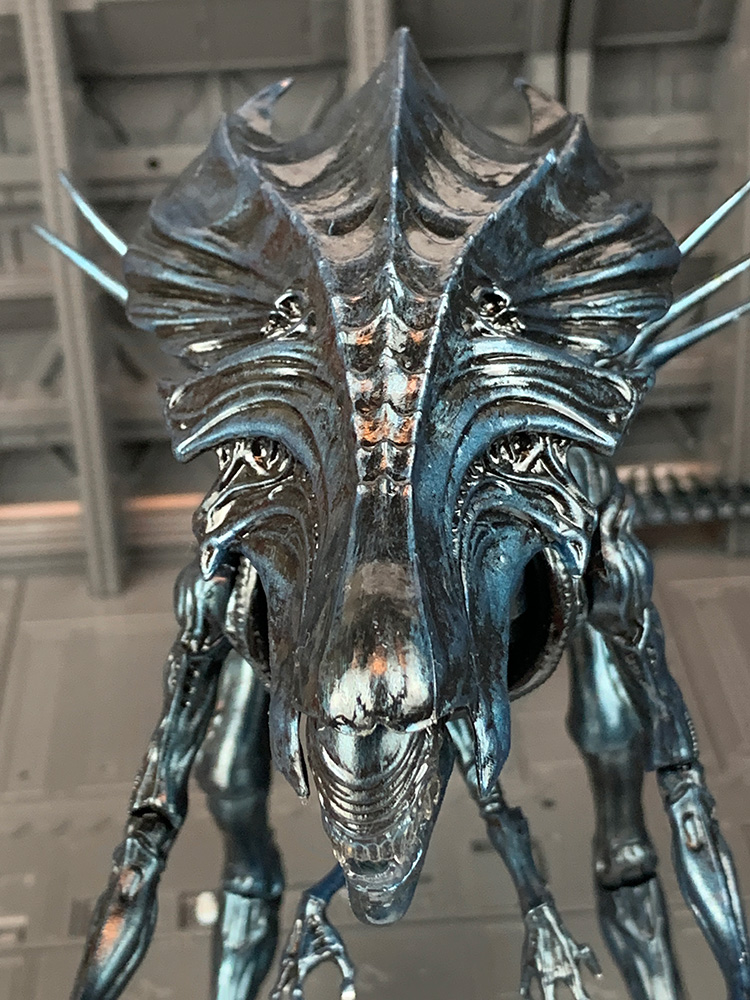 The legs are spindly. 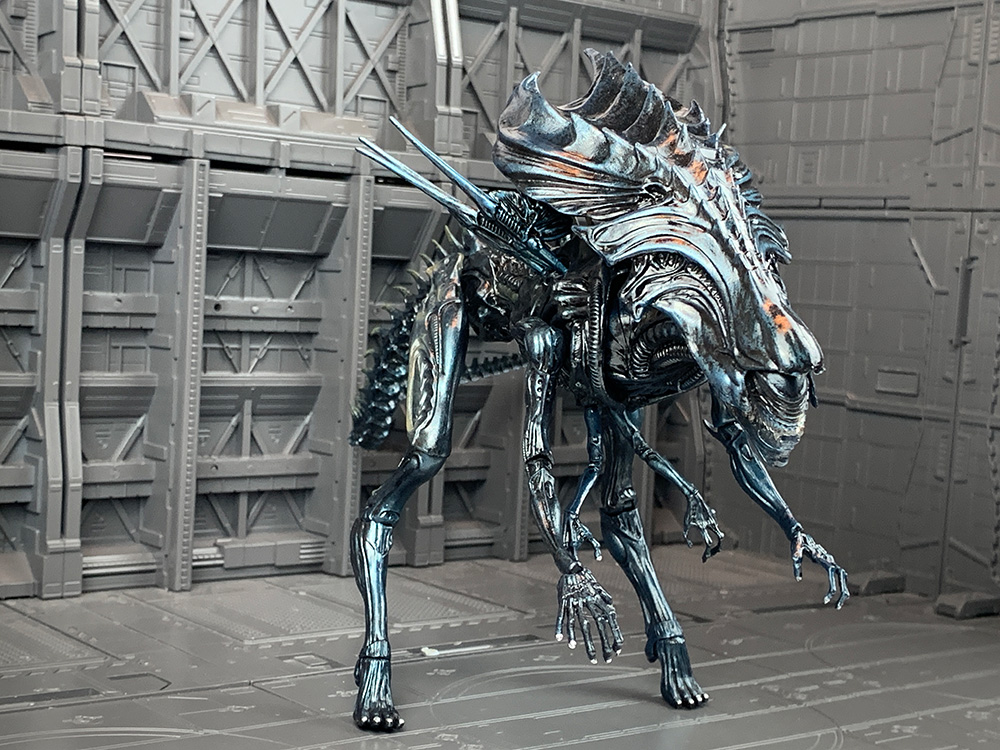 Each side has three movable spikes. They are very sharp. 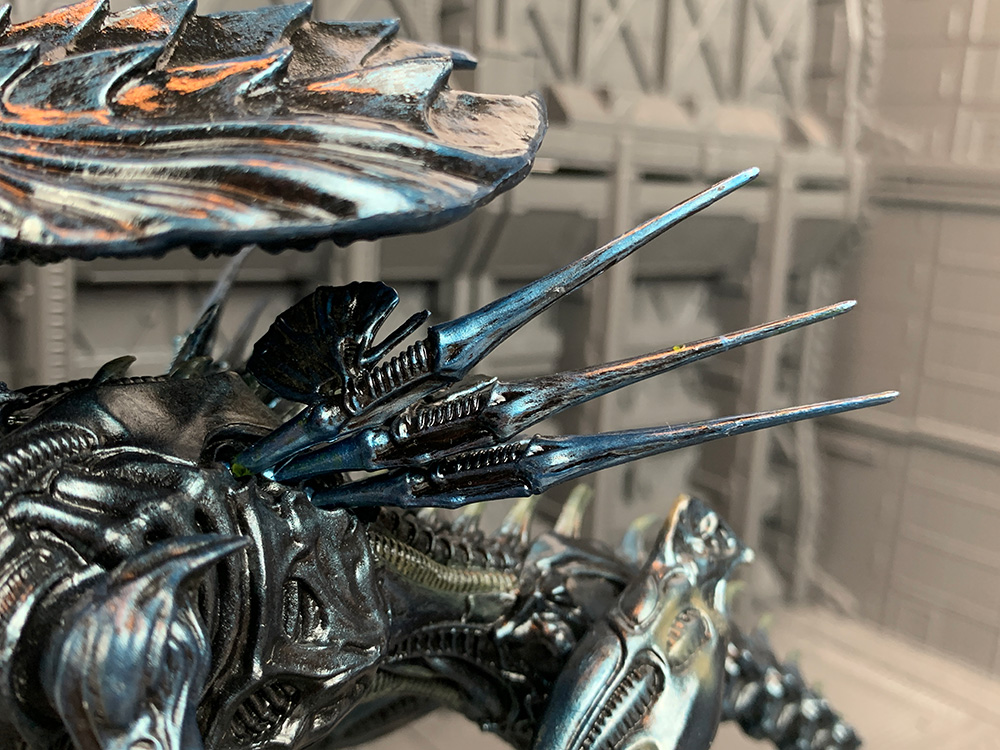 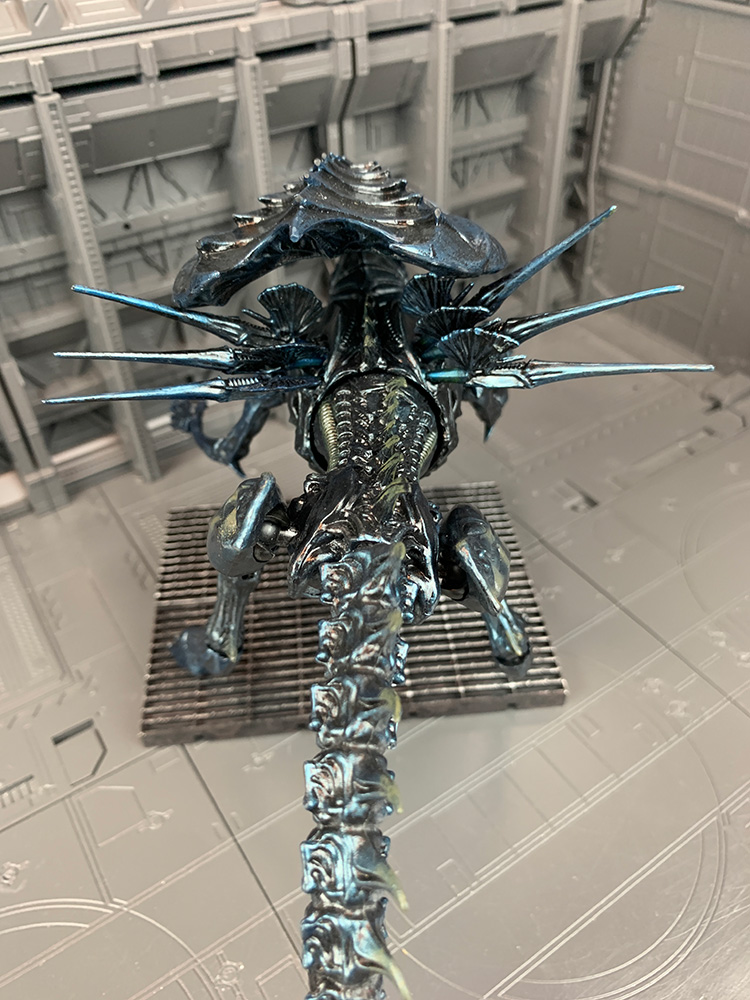 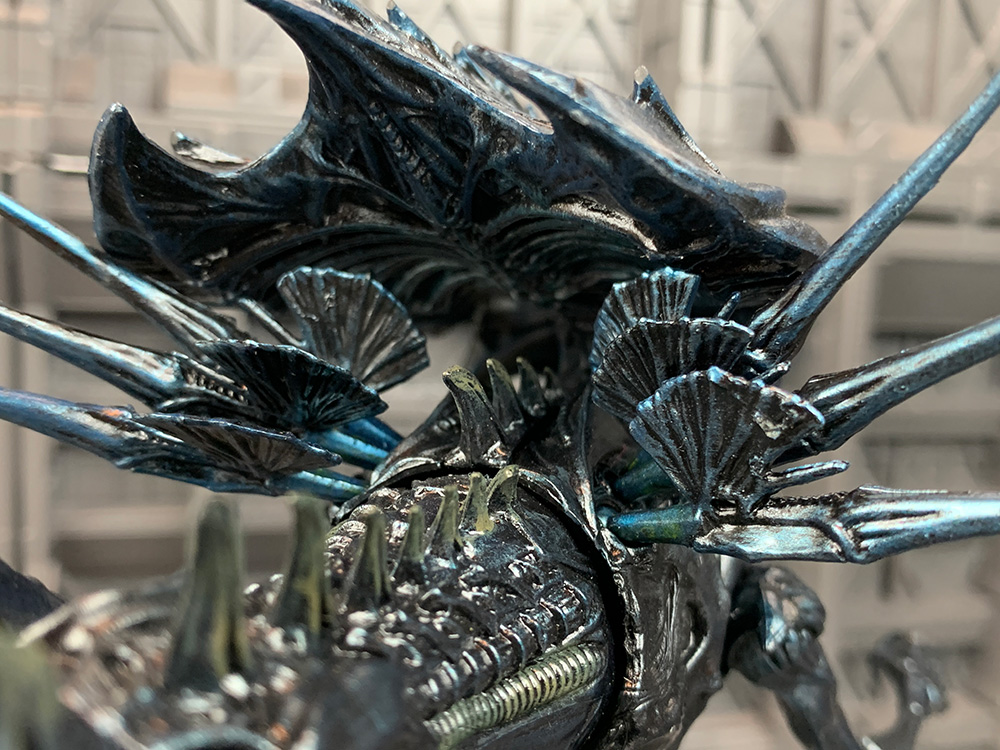 The two small arms connect via a ball joint and have no other articulation. 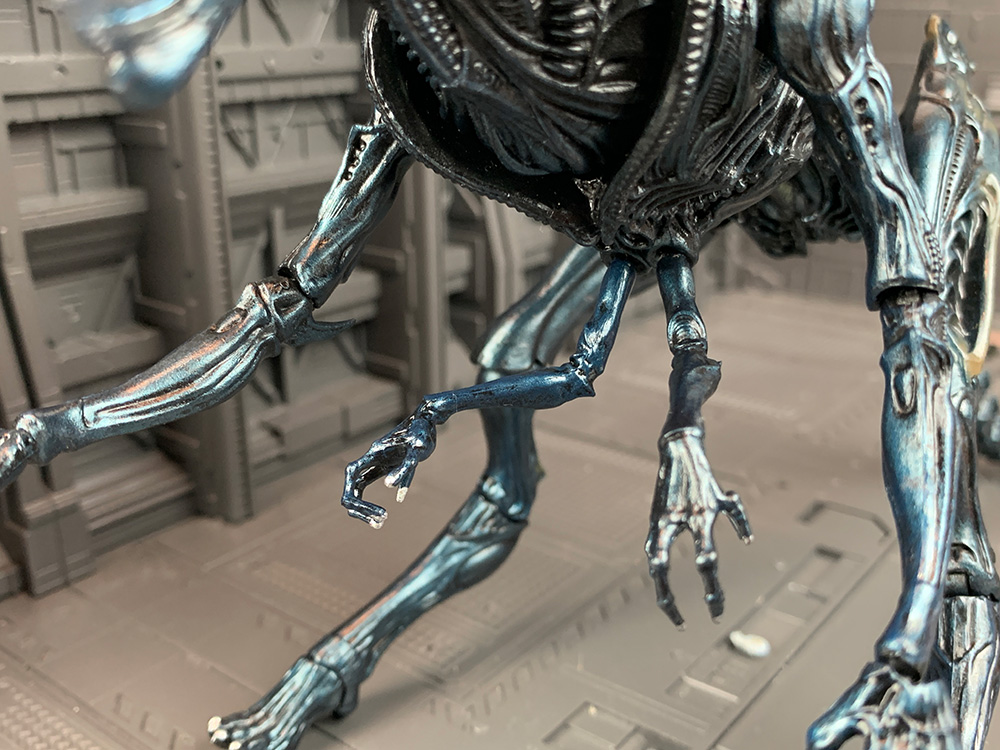 The stand plates provide some stability, but not enough. I don't know if there's a specific way for it to go because there are no instructions, so I'm just sort of winging it here. 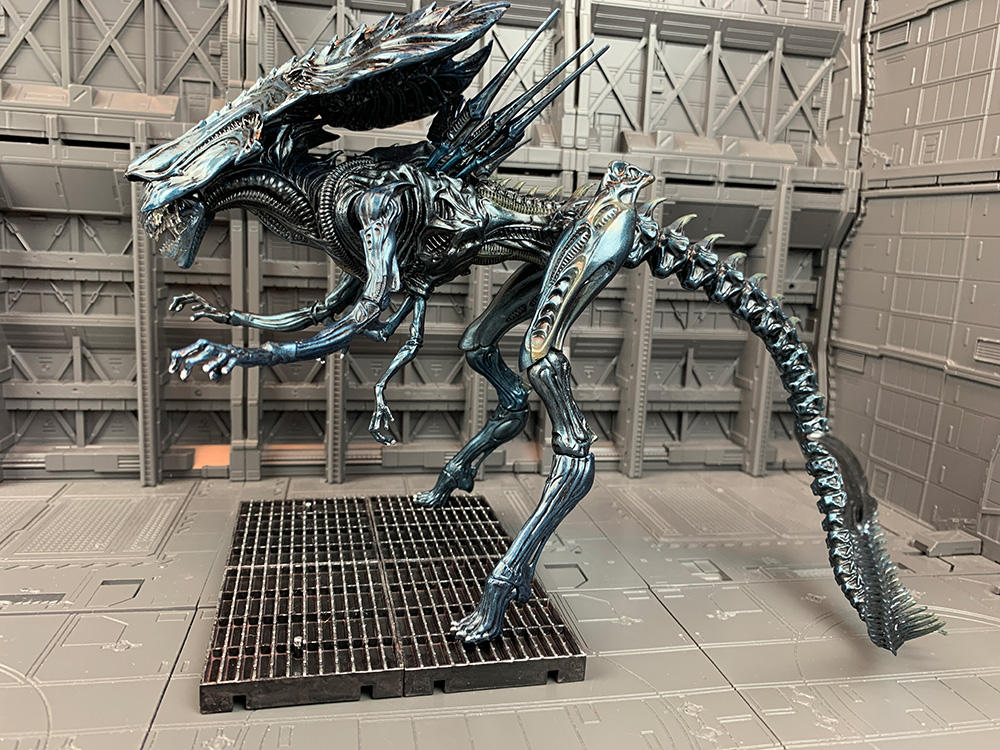 The clear stand is a specific height to go somewhere, but I have no idea where. Again - just wing it. 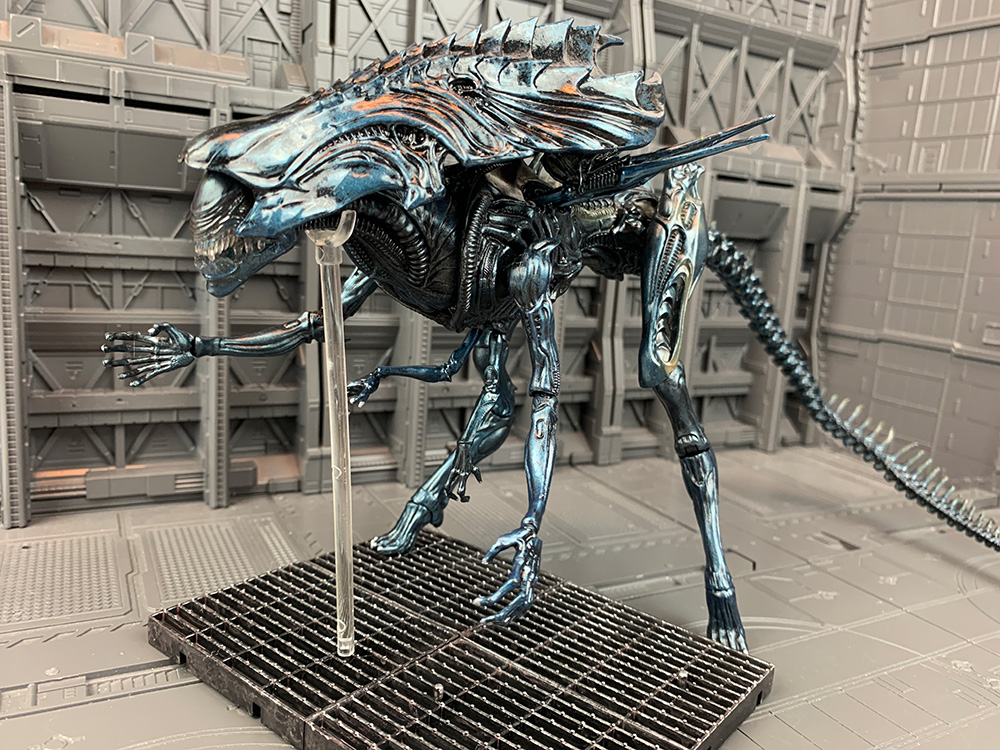 This alien figure does have the extending internal mouth, but in this case its an extra part that needs to be added in. They just plug in the back of the mouth. 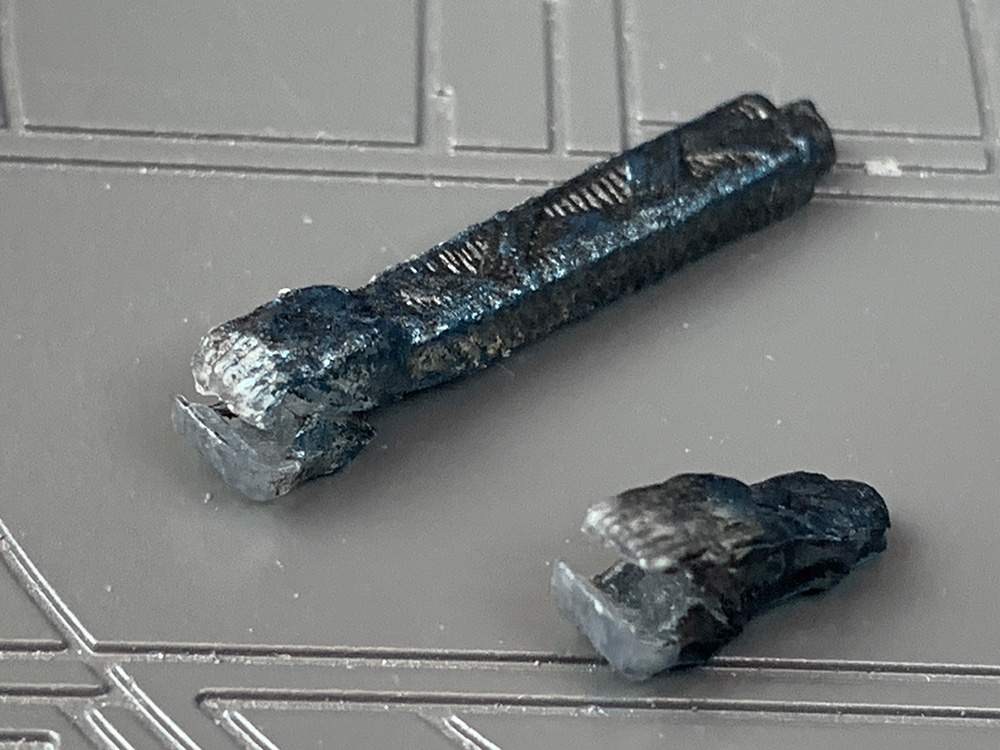 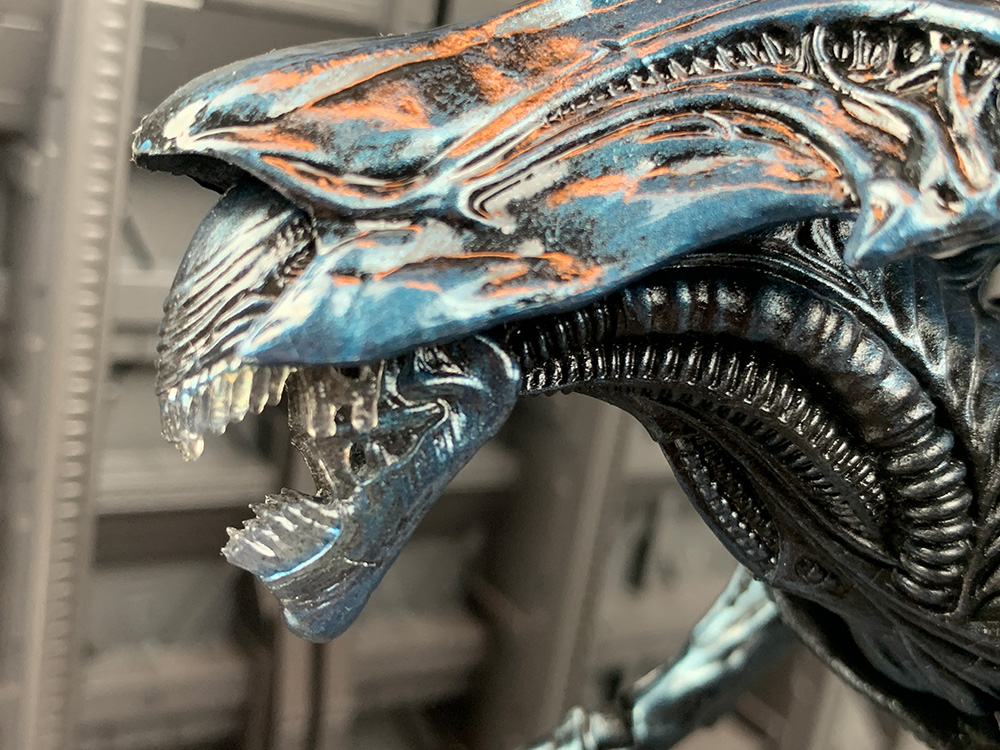 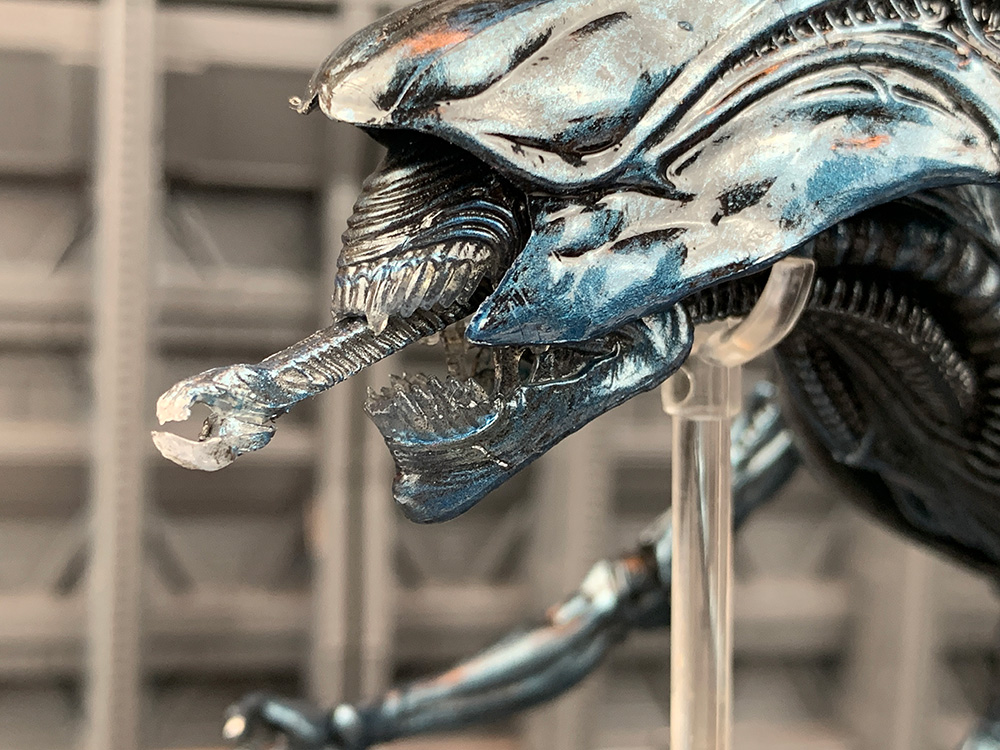 It's a very cool looking toy but it takes up a lot of real estate on the shelves. 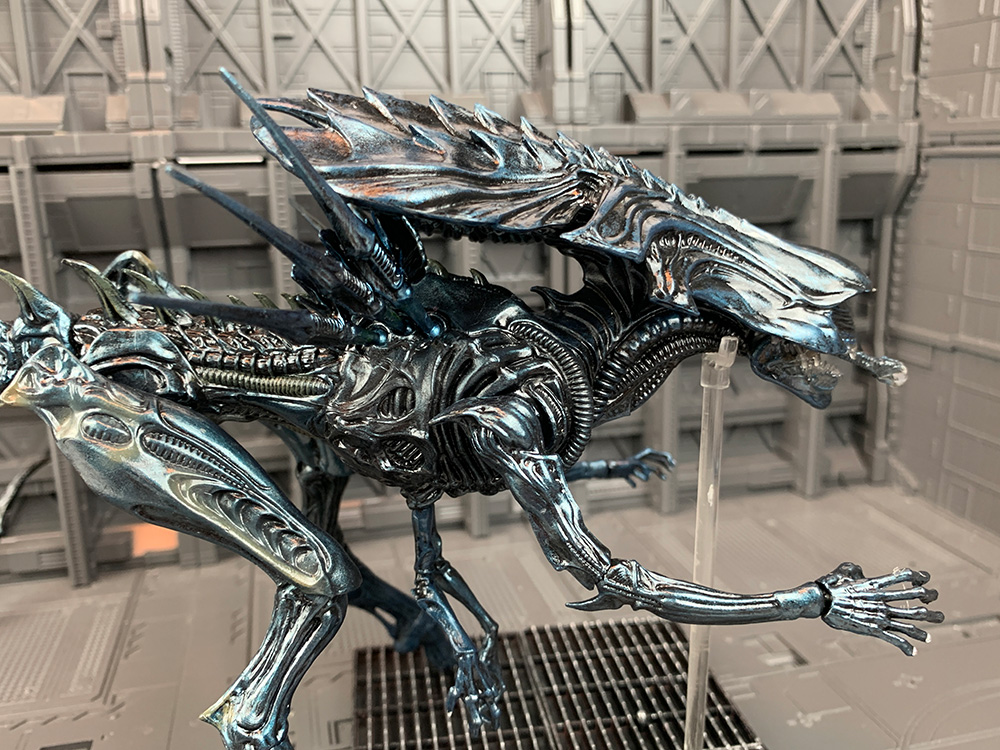