One of the newest additions to the Ame-Comi heroine series, Hawkgirl. This statue captures the likeness of the newest incarnation of Hawkgirl aka Kendra Saunders. Kendra/Hawkgirl was introduced in the early 1990's in the Geoff Johns/David Goyer Justice Society of America reboot and is the reincarnated wife of DC hero Hawkman. Both Hawkman and Hawkgirl are reincarnated Egyptian royalty-and trust me, it’s a LONG story.

Hawkgirl is a PVC statue in the 1/7 scale and is about 8 inches tall, Distributed and sold by DC Direct. Designed by Udon Studios and sculpted by Andy Bergholtz. This was released alongside the Ame-Comi Donna Troy and Zatanna in early 2009.

Review & Details. Hawkgirl is a statue with no cast off pieces and no posability. Comes in a 4-color box with clear front. 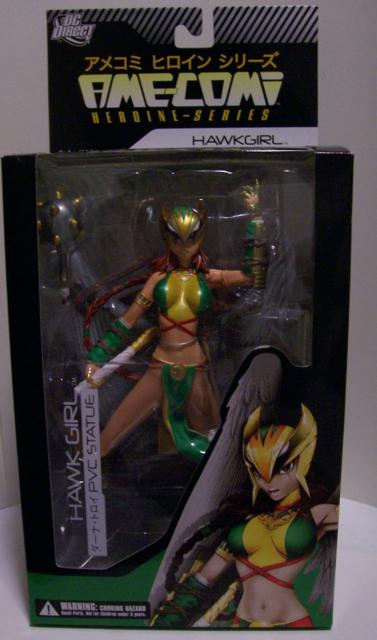 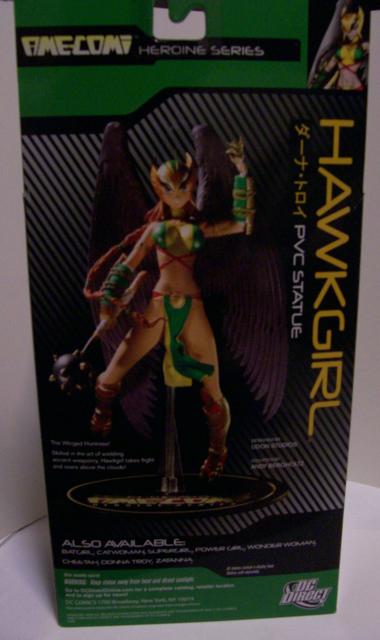 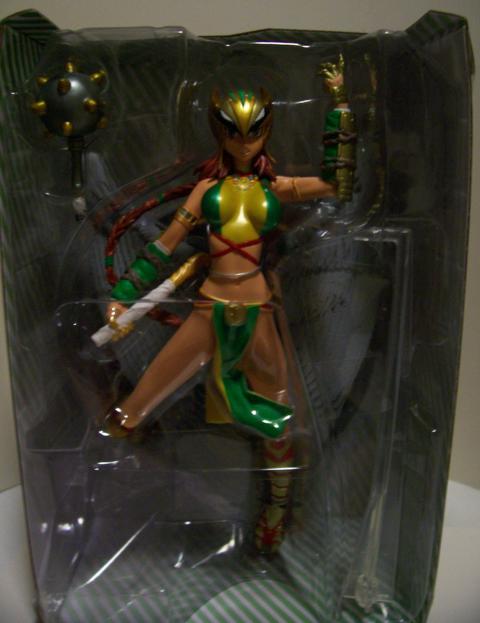 By far, this is my most favorite Ame-Comi statue. It comes with wings detached, stand, and detached mace piece. This is actually a good thing since, its been my experience that if wings come shipped attached they usually break during shipping. 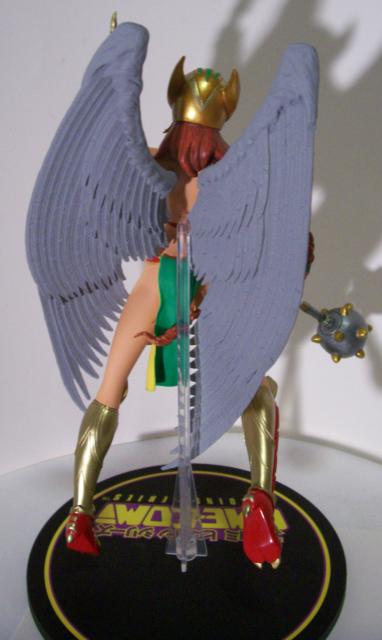 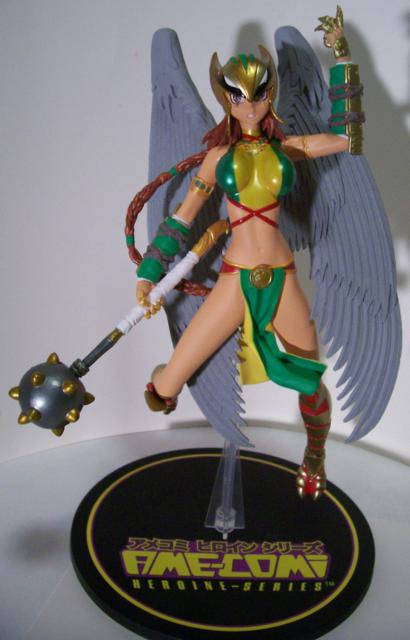 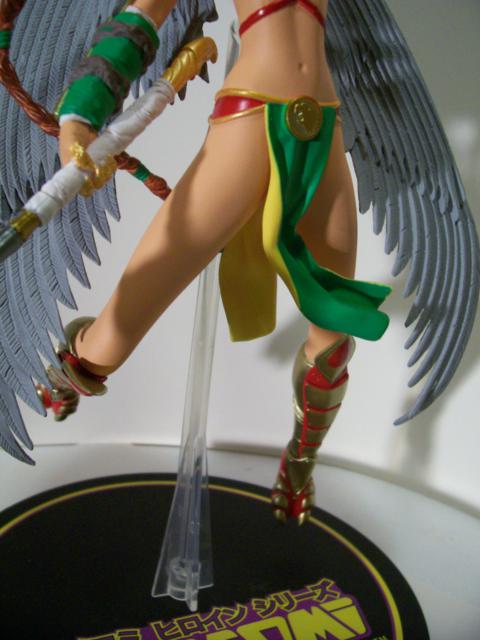 I liked the sculpt and paint job a lot. Overall good presentation. Really eye-catching. It captures the character look well “re-imaigined” in an anime style. There’s lots of good in the little sculpt and color details, from the hair, the gloves, the rope around the wrist bracelets, the mace, the ornamentation on the arms and legs. All great. The wings are great also. 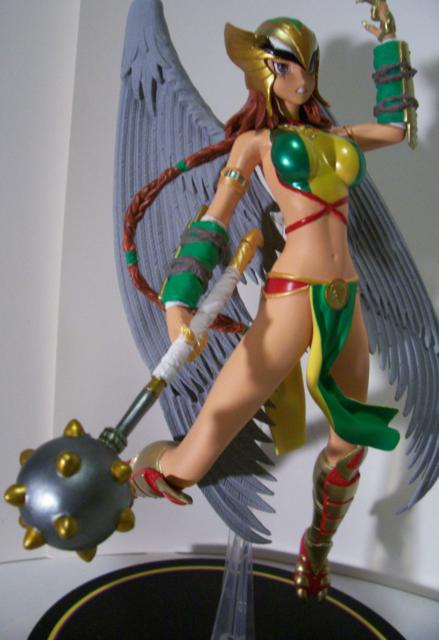 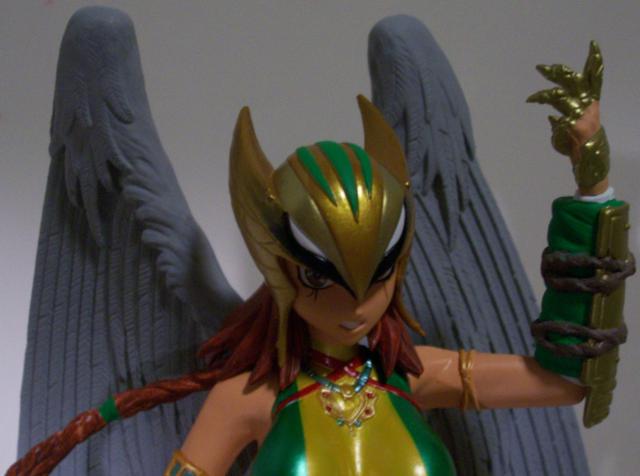 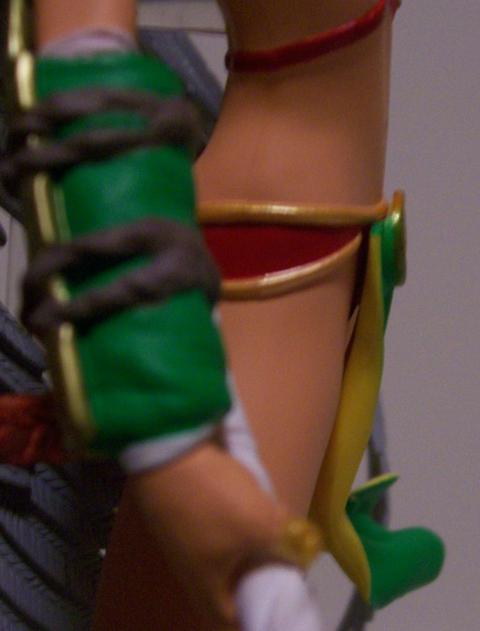 Unfortunately, a lot of these non-Japanese statues just don’t have the same level of detail. For example, the criss-crossing straps across her abdomen and her belt are pretty much flush with the flesh and look like plastic pieces. Some of the Japanese statues I’ve seen have what looks like a genuine strap across the surface. Similarly, the loincloth is pretty firmly glued on and doesn’t have the “wink, wink, unofficial castoff” feature that some statues do. There clearly seems to be some red shorts underneath though. 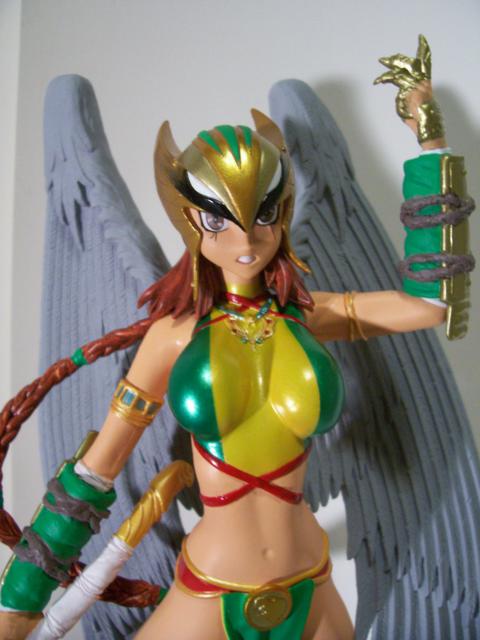 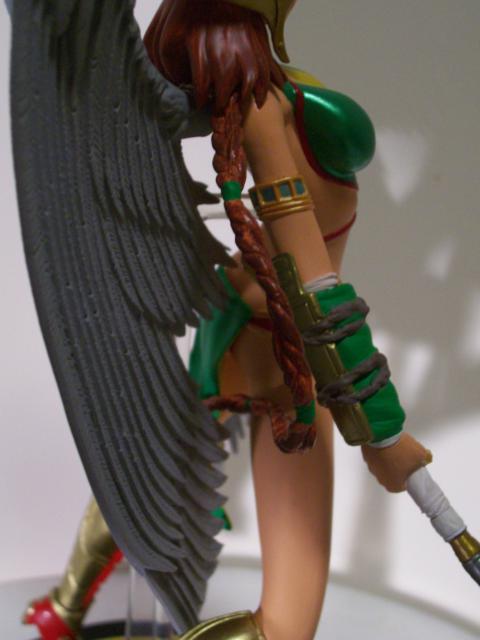 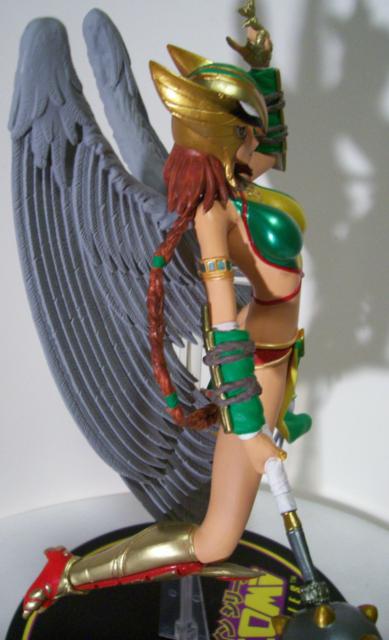 The breasts are good sized and an attractive feature, but lack any nipples or costume detail (clothing wrinkle, etc.) that would bring out more of the sexy in the statue. Still, for a mass-market statue that is “For Ages 14 & up” its understandable that these are going to be a bit toned down.

Overall.. A good effort and so far, my favorite of the Ame-comi series.