Soundwave is one of my favorite Transformers. While I don't buy every version of him, I am a sucker for ones that transform into an accurate representation of his G1 form. This little guy is from War for Cybertron: Kingdom. He's only ten bucks, and he's totally awesome. 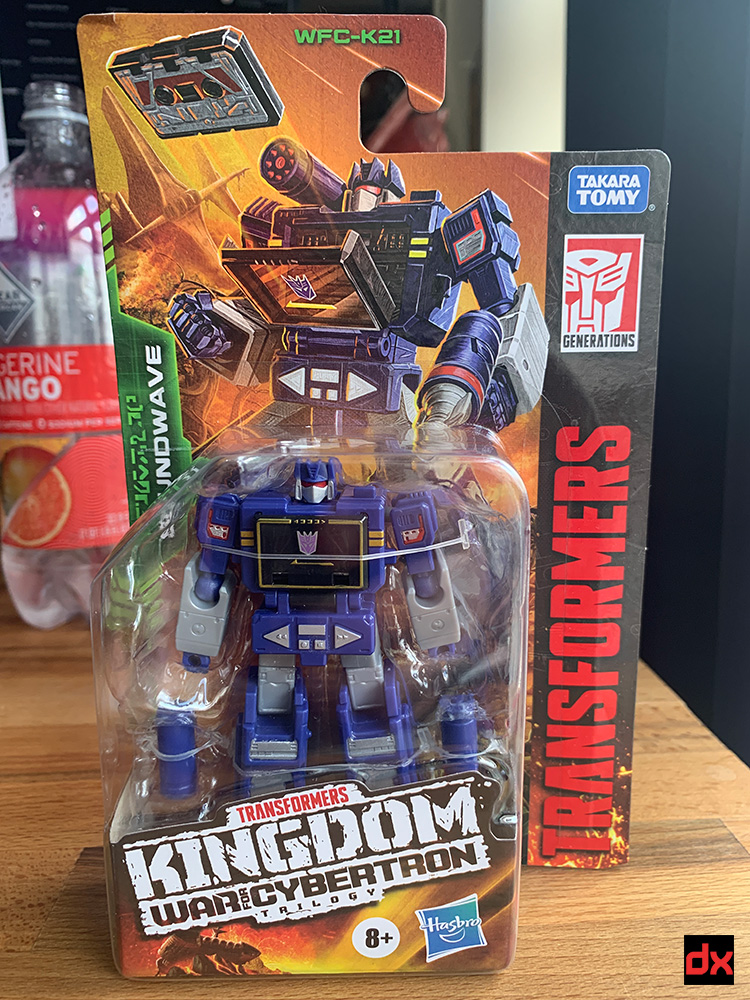 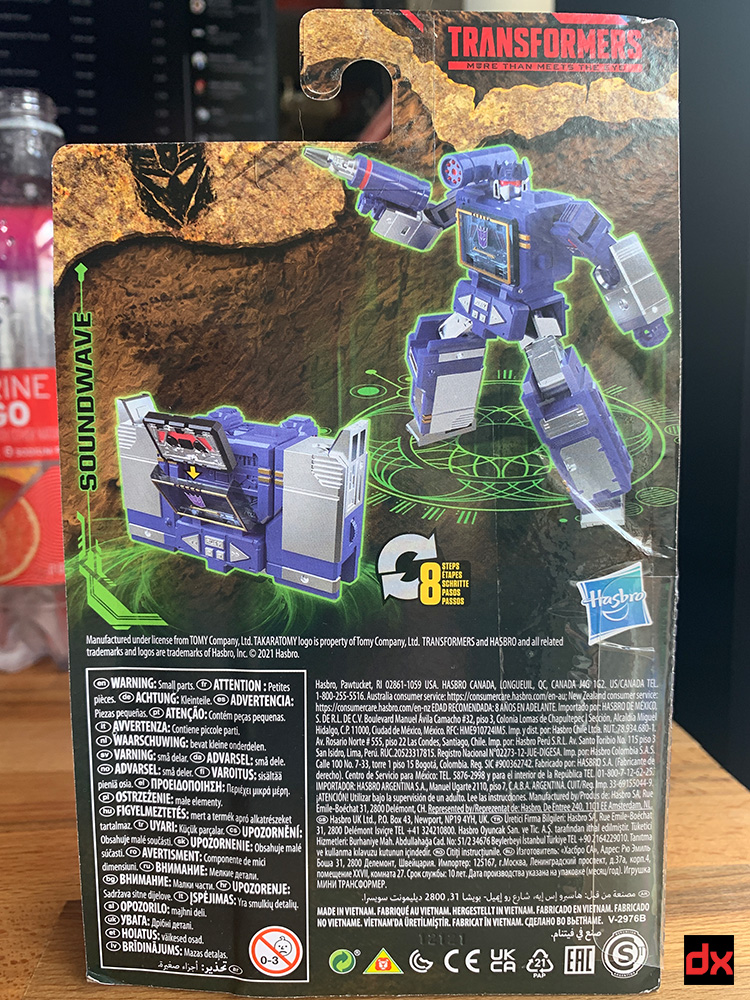 Soundwave is only 3.5 inches tall, but he packs a lot into his little size. 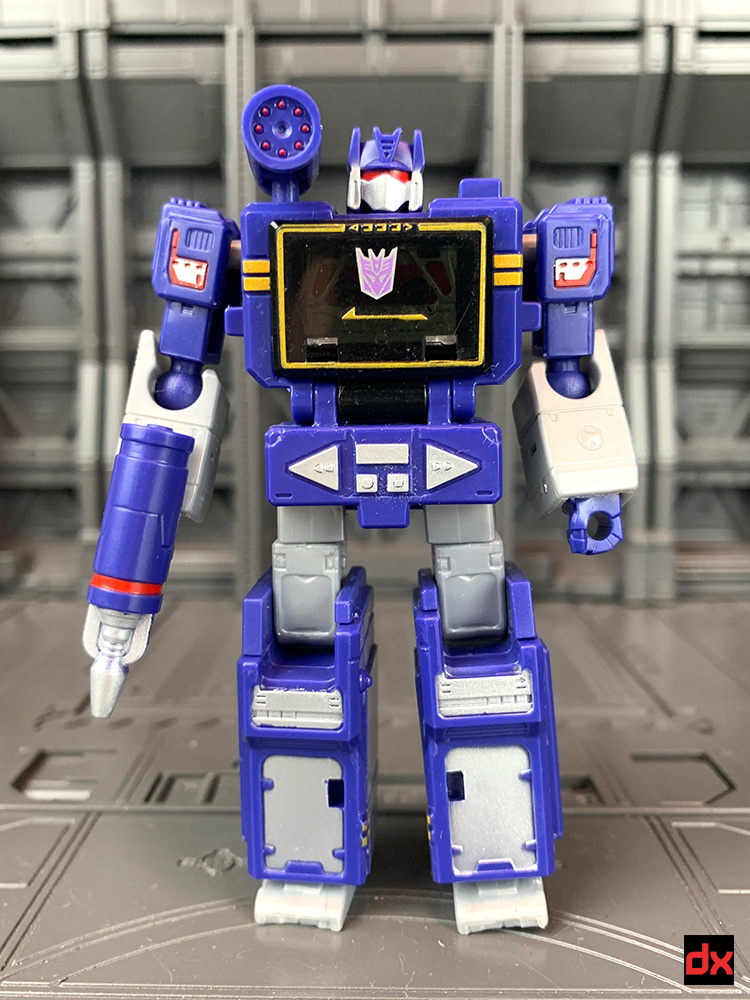 He's got about 14 points of articulation, and like I said, he's fully articulated. He's got a LOT of design cues from the original toy, and the proportions are pretty spot-on 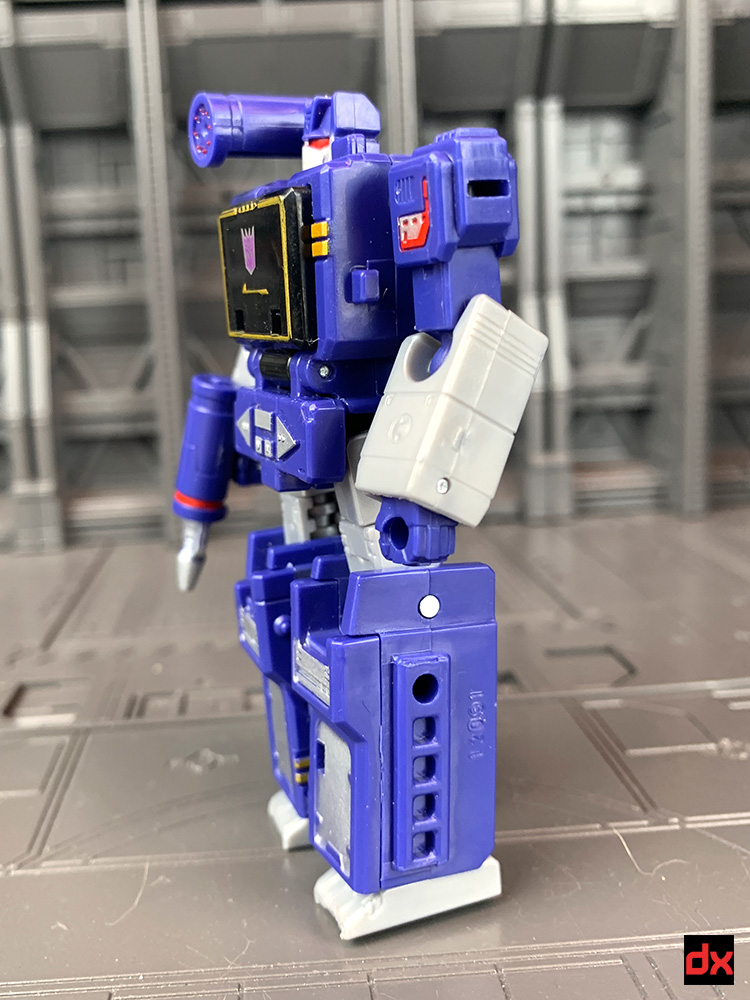 The battery pack on the back is represented, but it does not open. 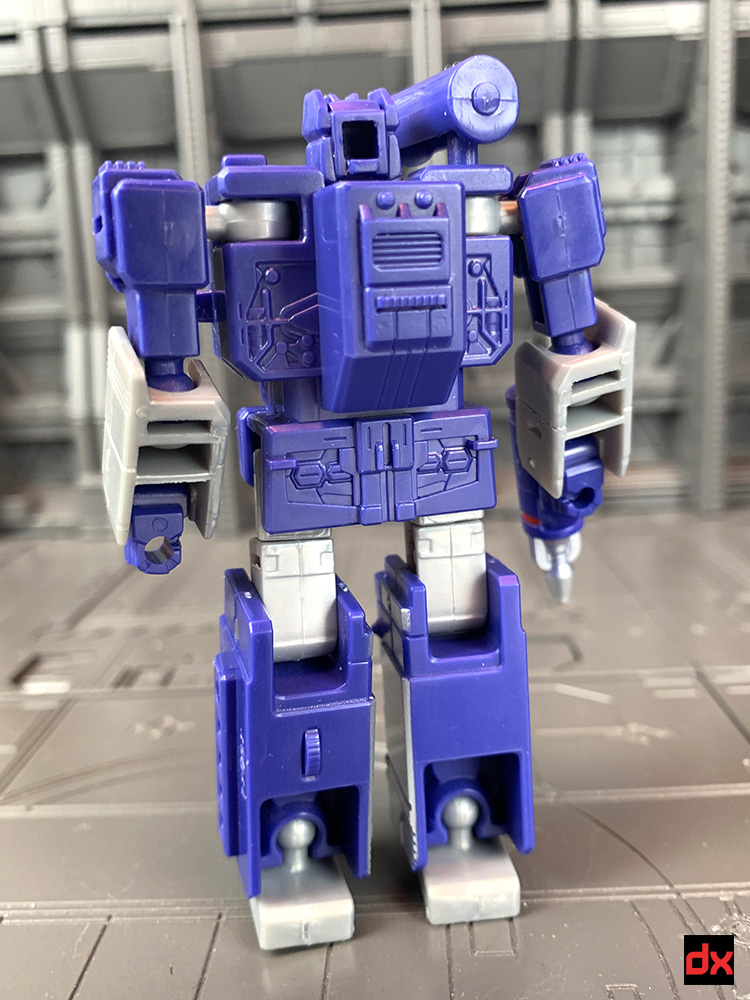 Soundwave's chest even opens up, and inside is a removable (non-transforming) Lazerbeak cassette. 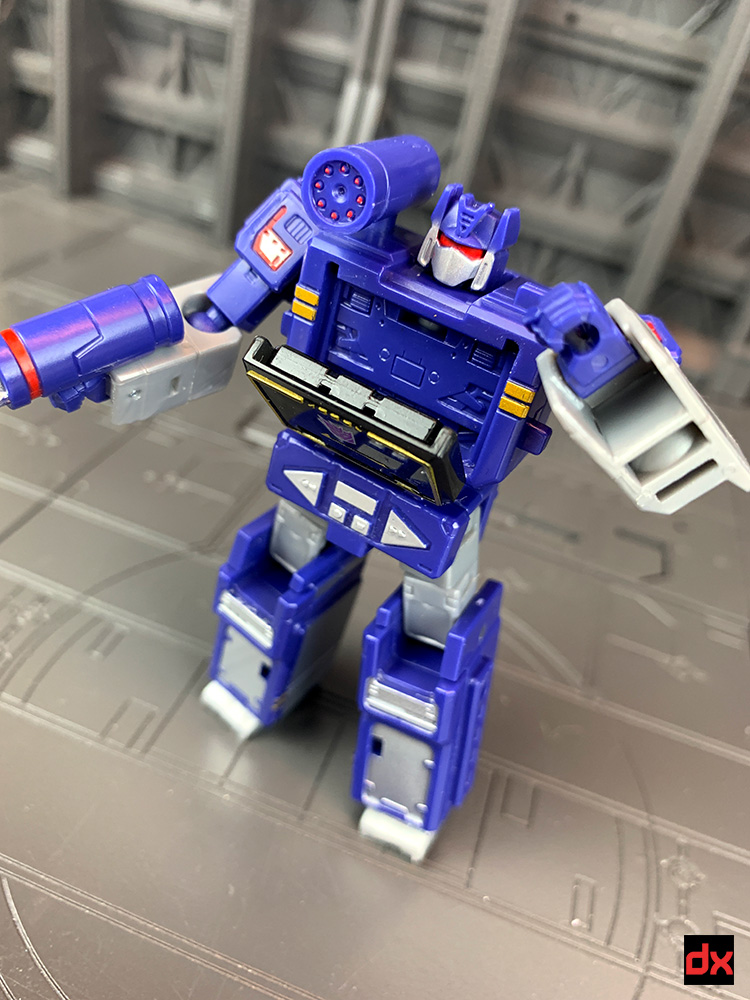 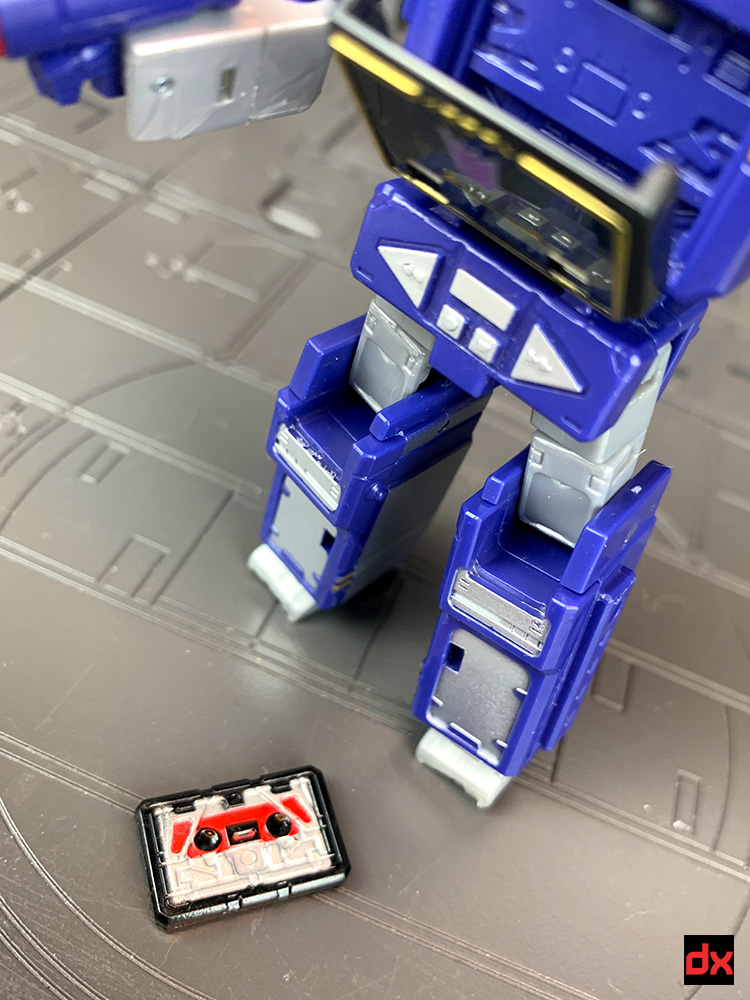 Two weapons are included - both based on the batteries included with the vintage toy. One mounts on the shoulder, one goes in a hand. 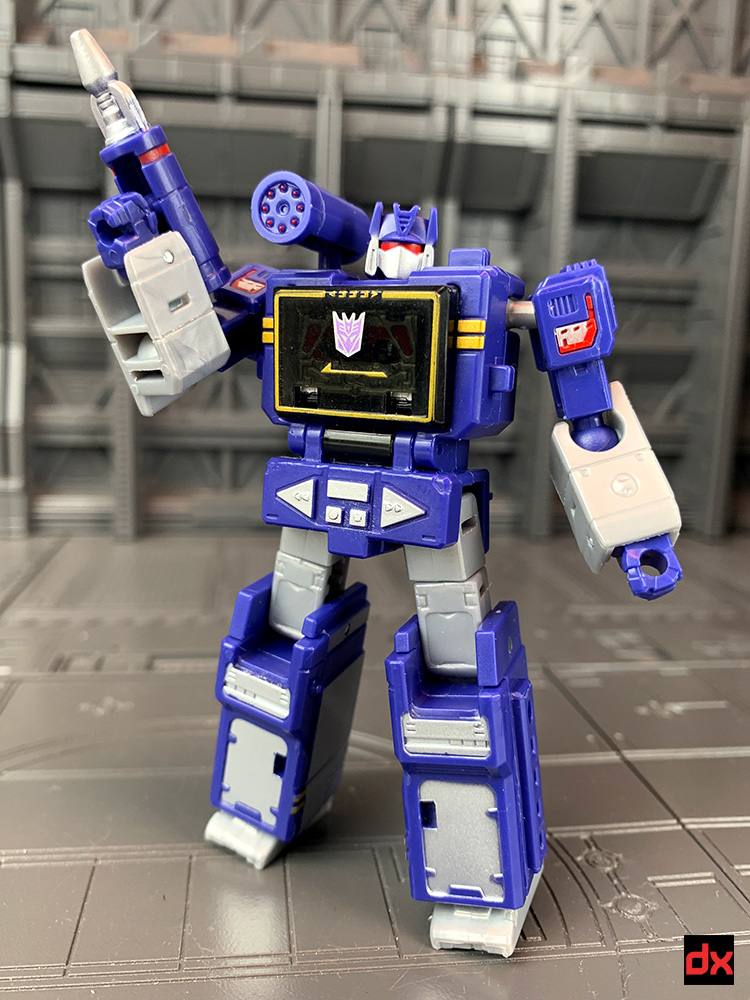 Look at that articulation! 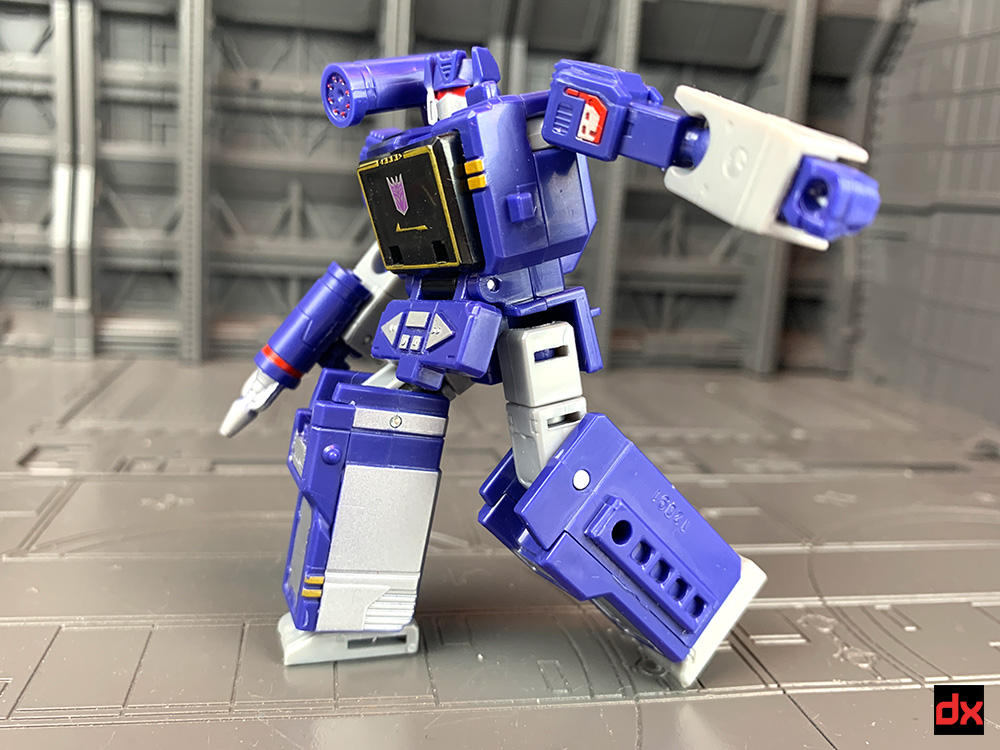 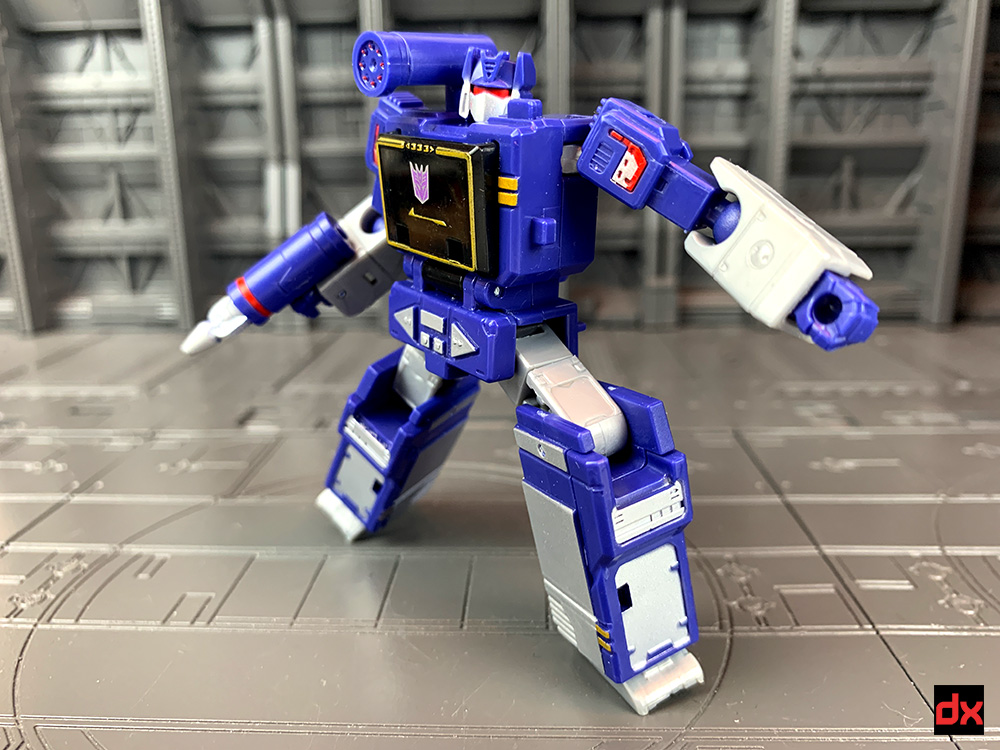 He looks great in a neutral pose also, very reminiscent of G1. 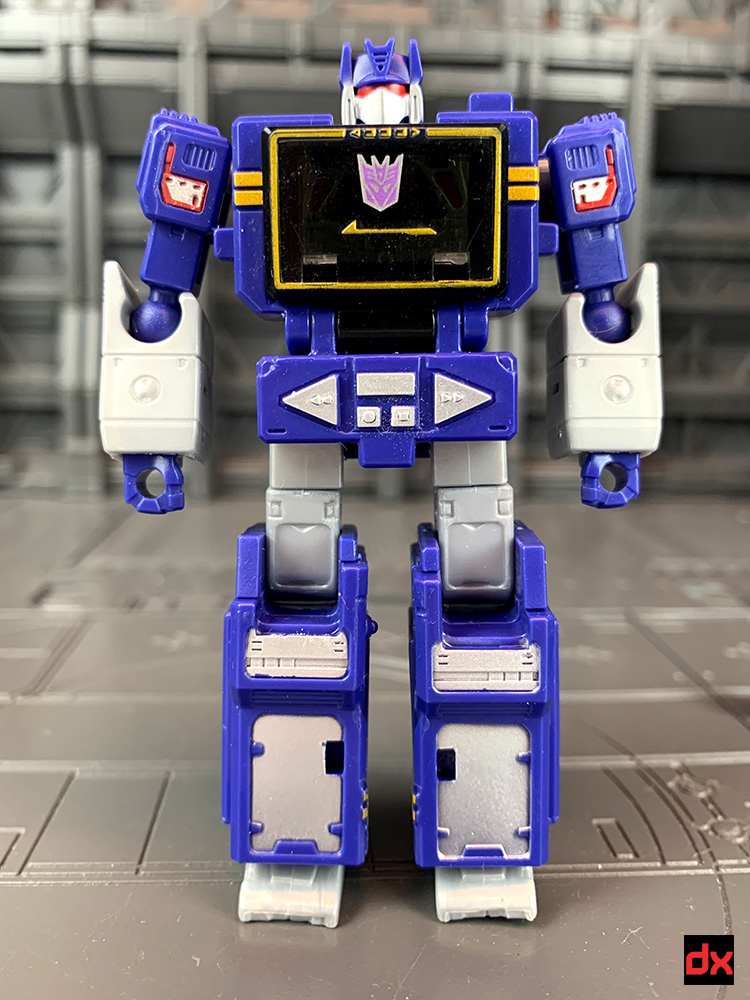 Transformation is simple, and while similar to the vintage toy, not exactly the same.

Fold he head back, fold the hands in, fold the arms around. 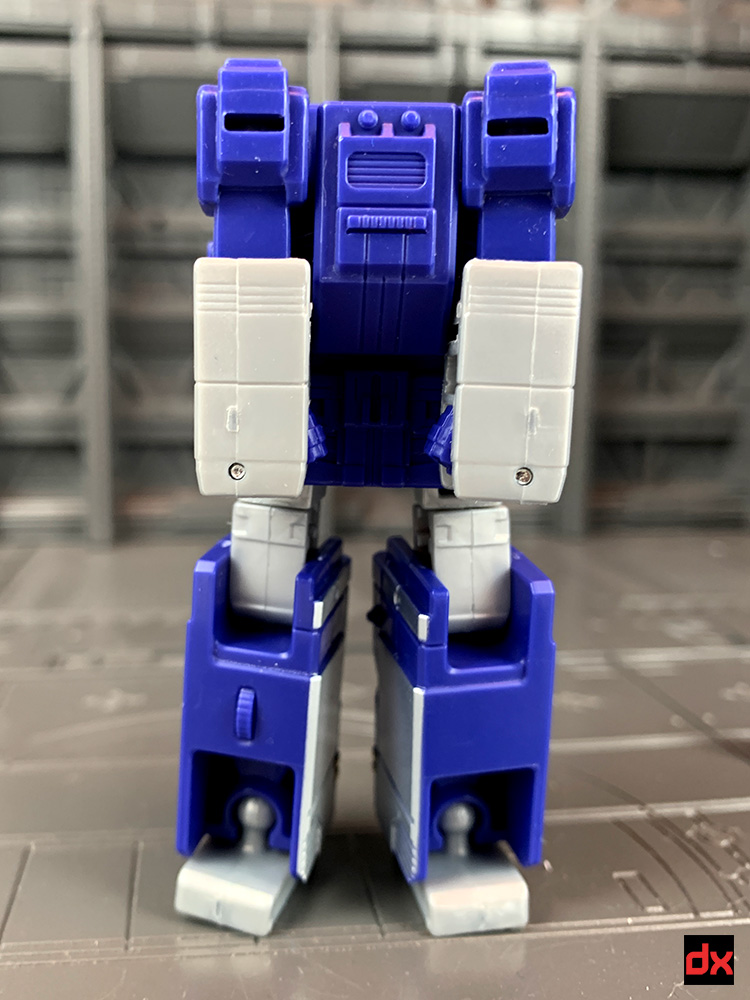 Rotate the legs out 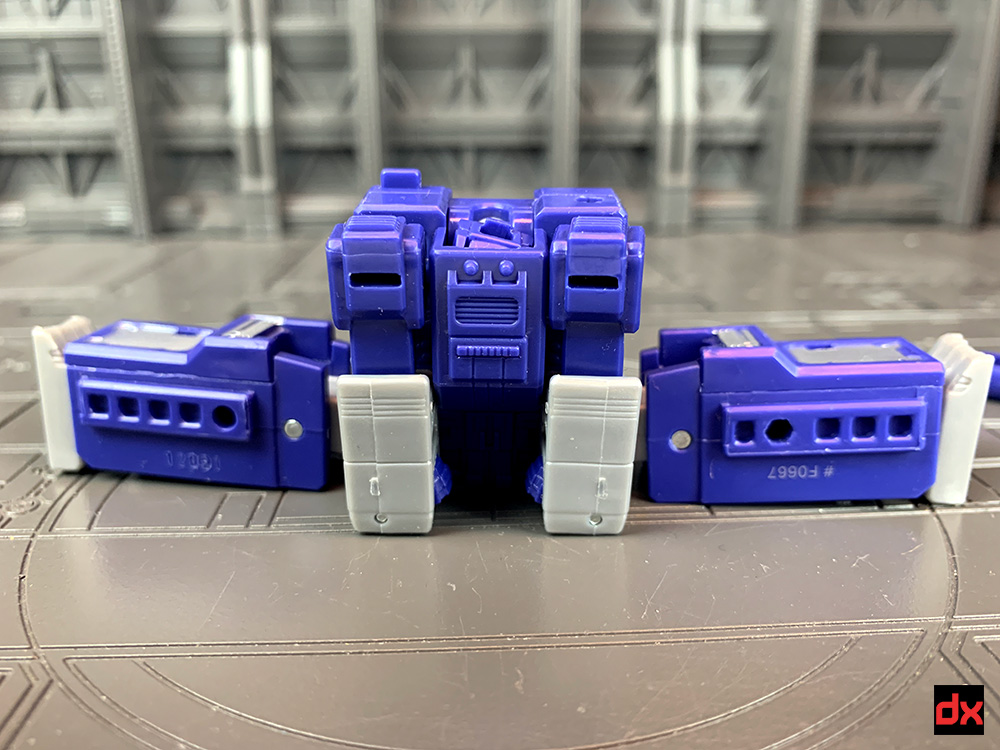 Fold the legs up, then attach the weapons into the holes on the back of the legs. 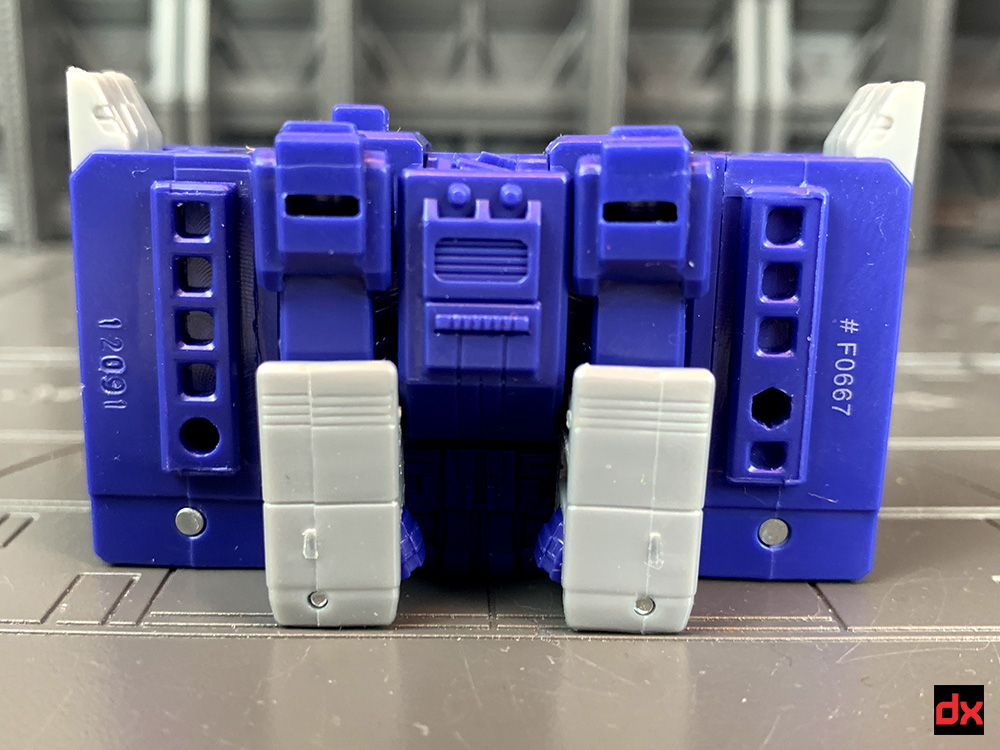 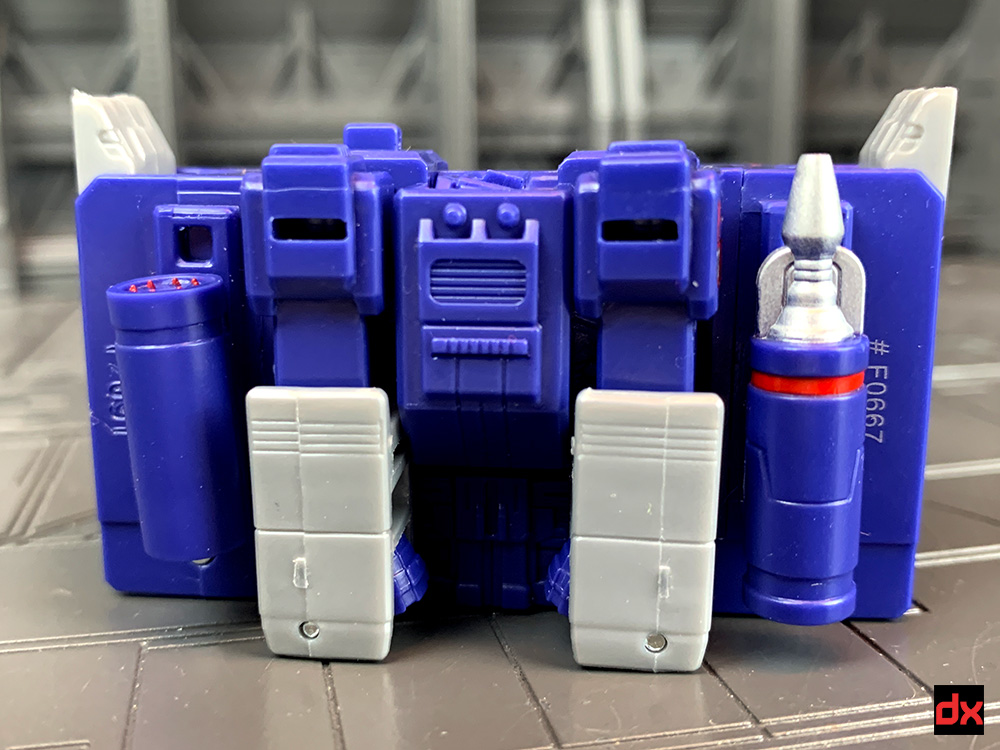 The end result is a convincing representation of the G1 cassette deck mode. 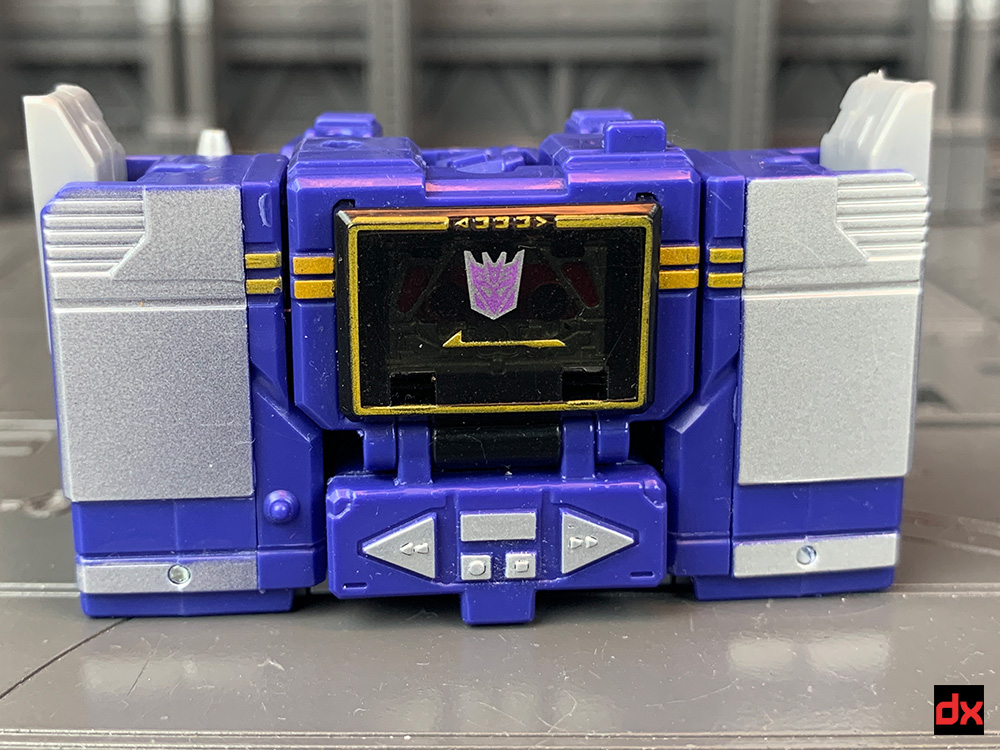 The only thing I don't like are the toes pointing up over the endges. But note the faux volume dial on the side! 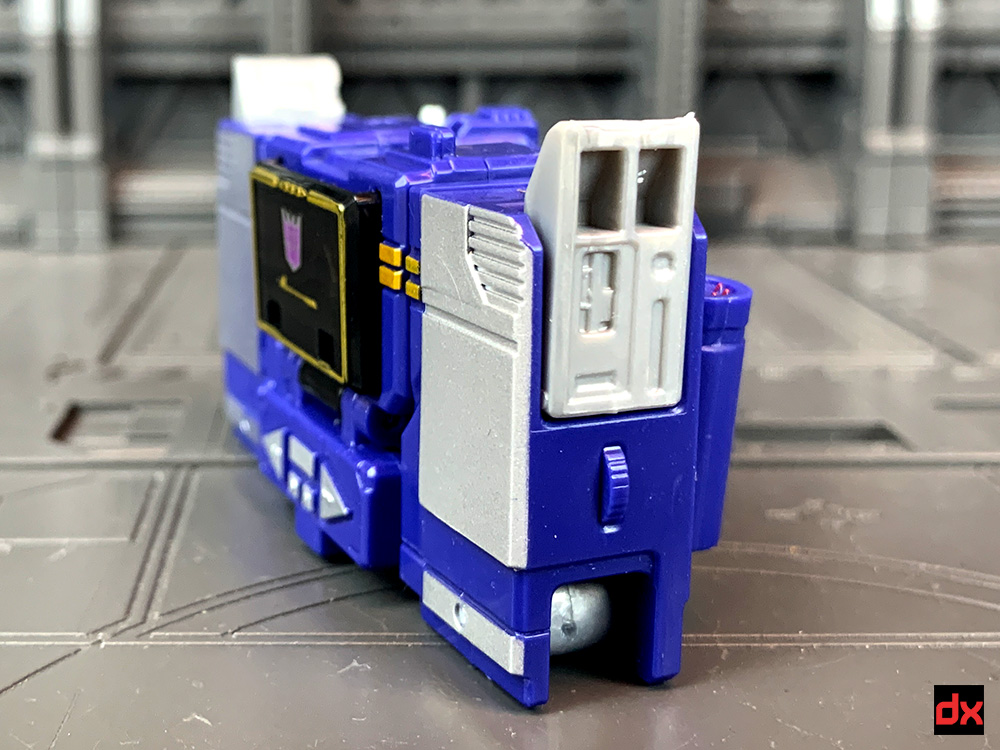 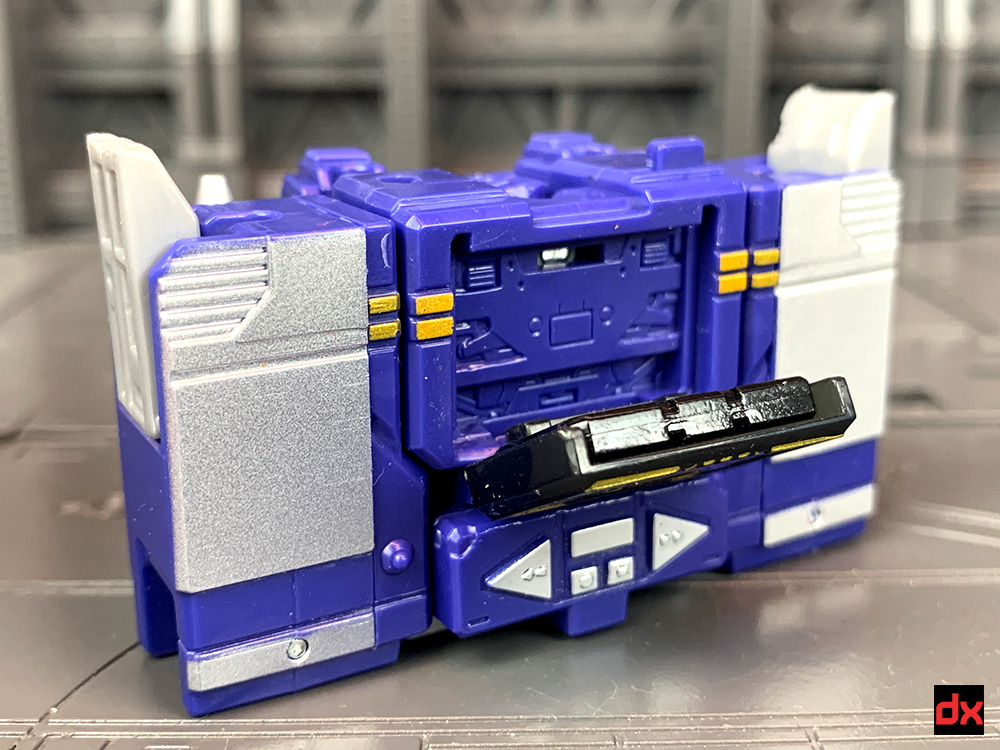 I love this little guy. I usually skip these smaller Transformers, but this is a must-buy.