#2 in Hasbro's G.I. Joe: Classified is the ninja-commando extraordinaire, Snake-Eyes. 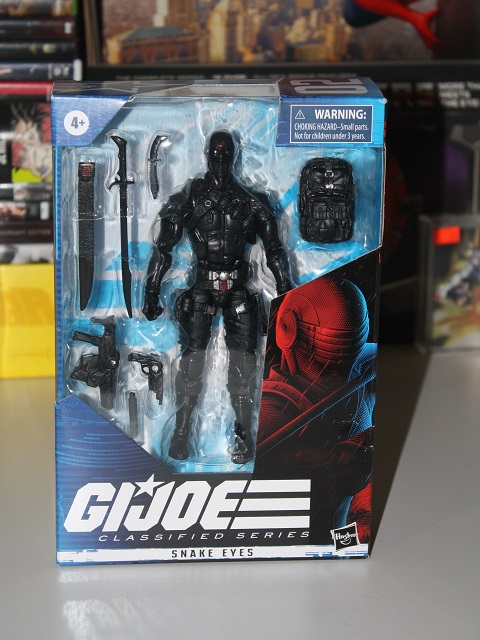 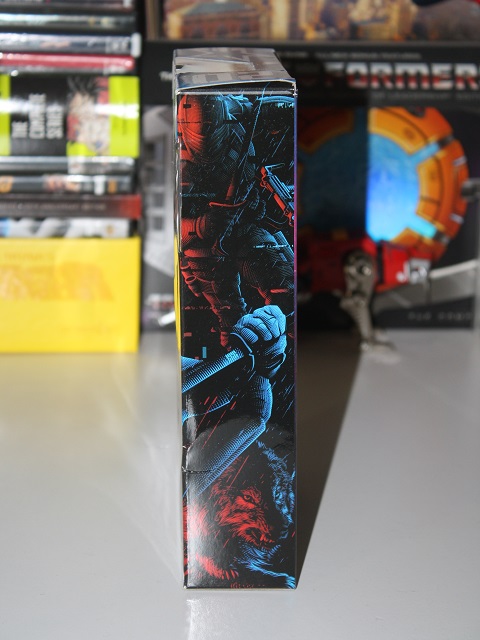 Standards of the box style are the release number on the top & left, and unique art on the front & side. You can clearly see Timber 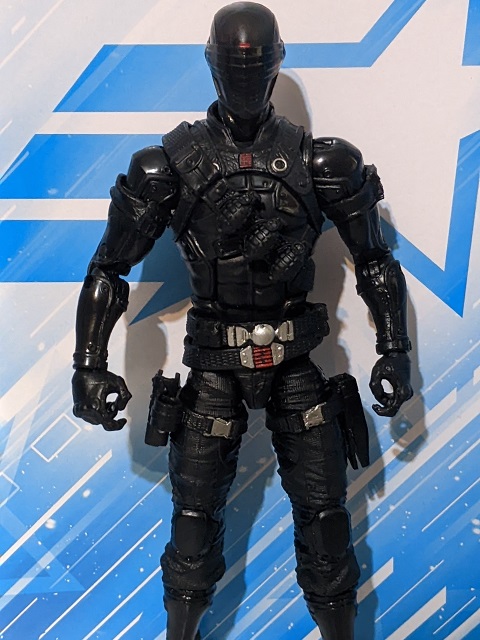 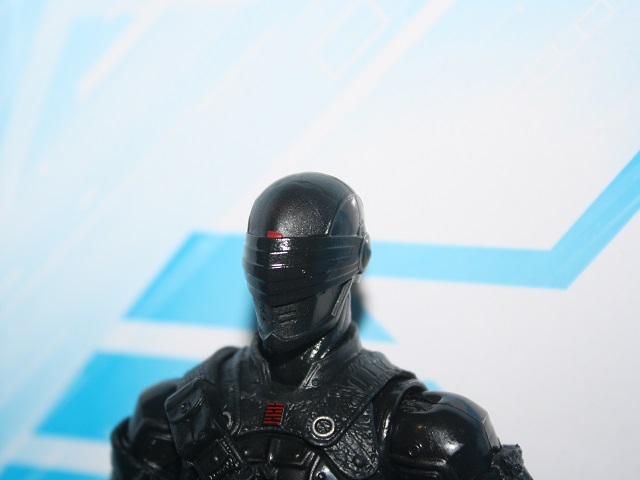 Maybe it's the primarily black deco, but Snake-Eyes feels different from Roadblock. Smaller, lighter, more lean. You see the Arashikage symbol in several spots. And he has as many iconic looks as Cobra Commander, but they had to start with the visor, his most famous. 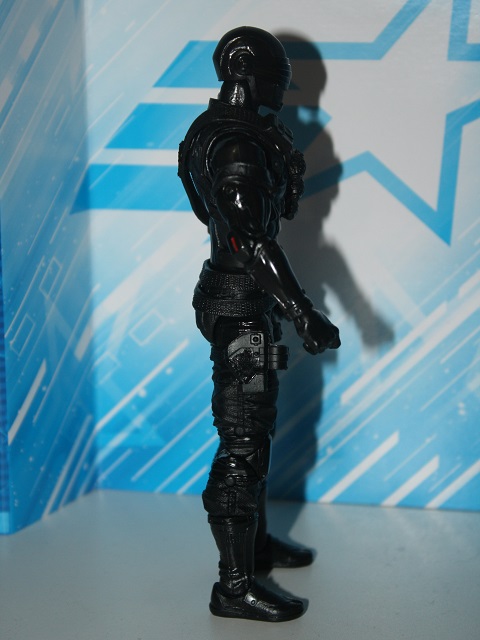 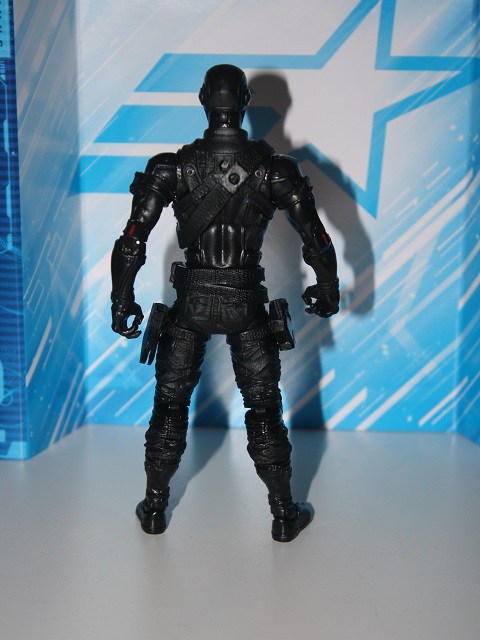 From all sides, he looks covered in gear even without the included accessories. Out the box, he's wearing two different holsters, a strap with grenades, two arm bands, and a double belt. 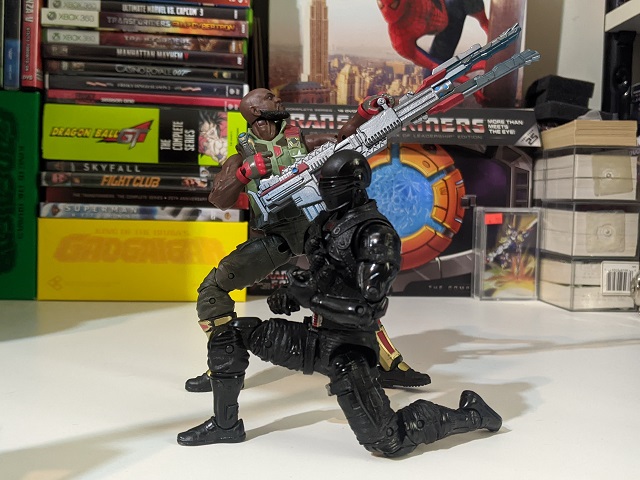 He has all the same joints as Roadblock, but his slimmer proportions make you want to do some deep bends & poses. 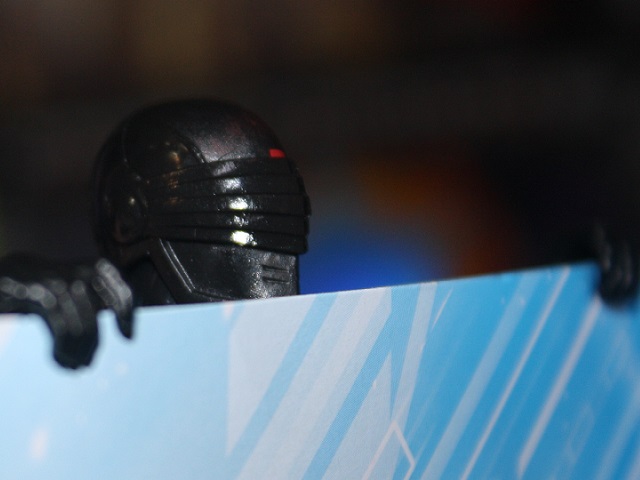 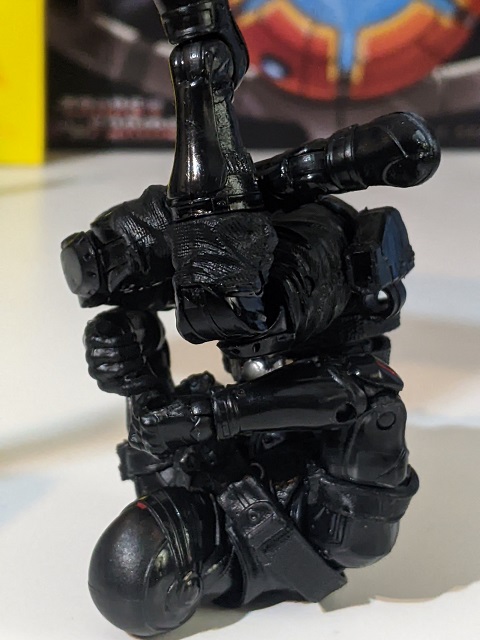 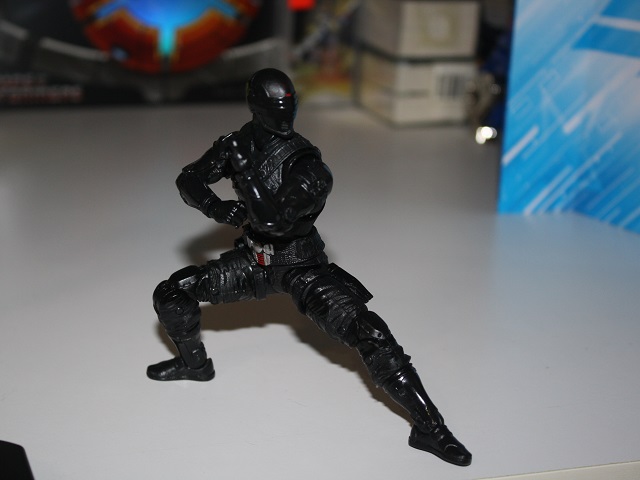 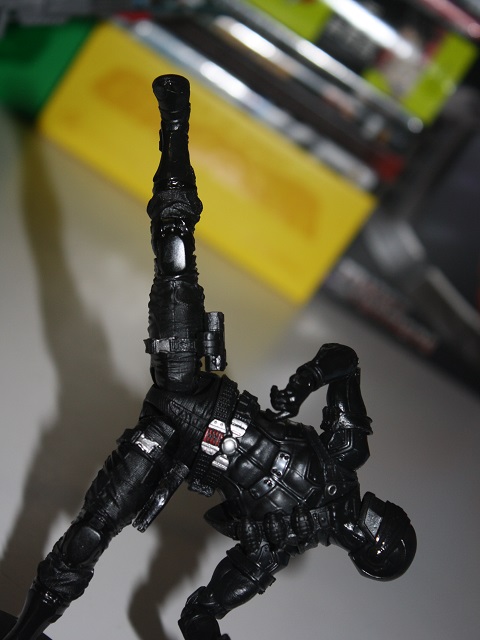 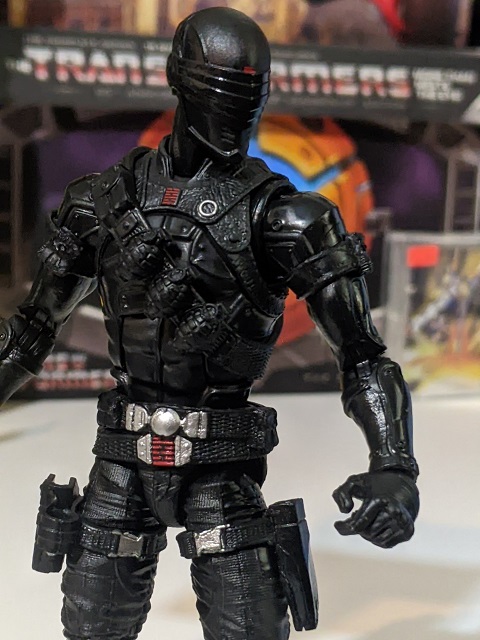 I've heard people complain about his ab crunch being floppy. Mine doesn't have that problem, but his knife wouldn't fit all the way into the sheath. So I used a pocket knife to slice it open and make it work. 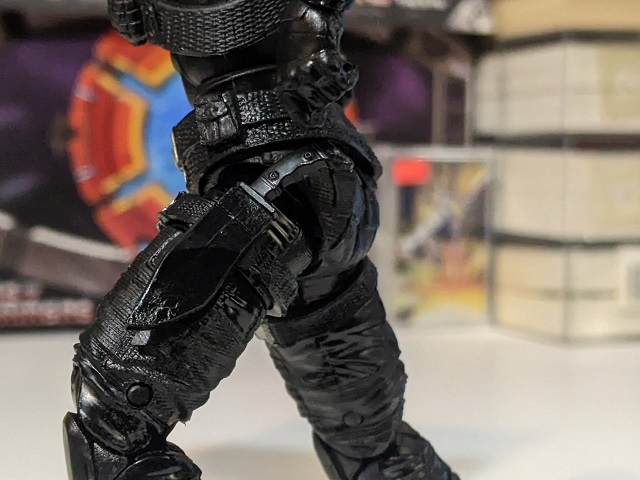 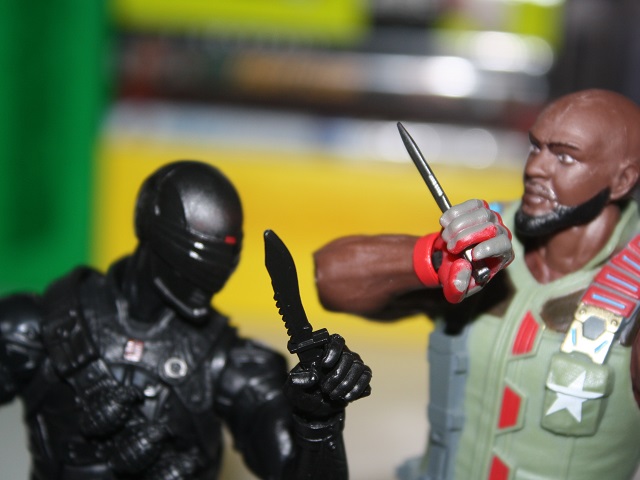 Looks like everyone gets a knife, and so far, they're unique. 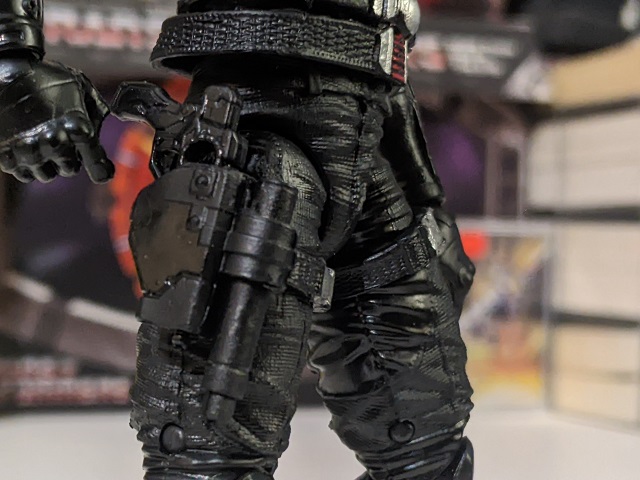 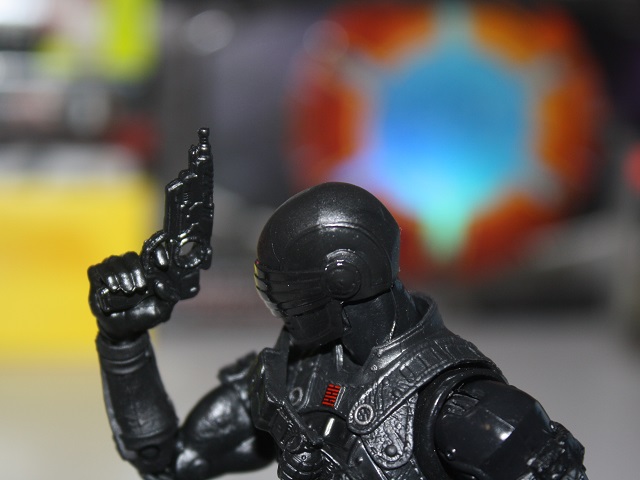 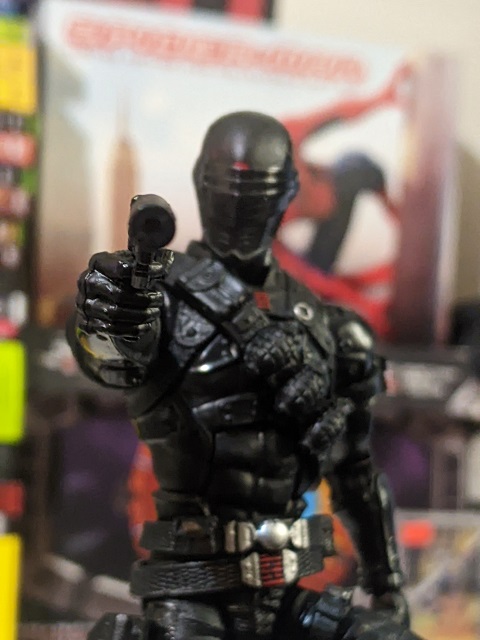 He has a pistol that uses what looks like a suppressor. 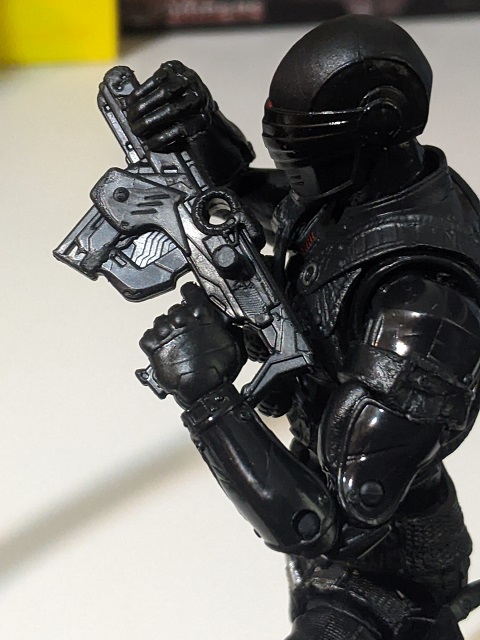 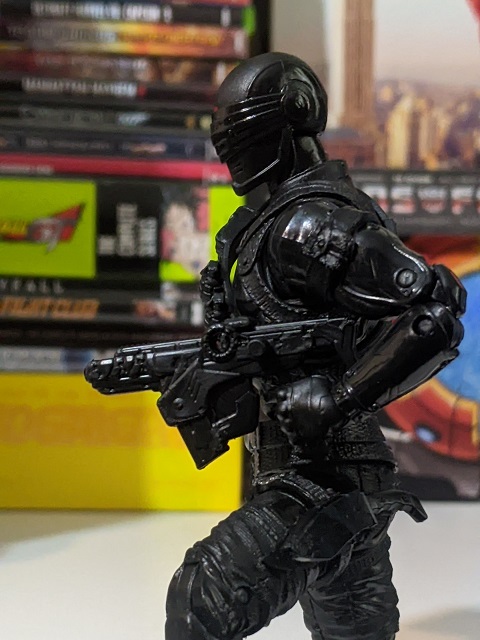 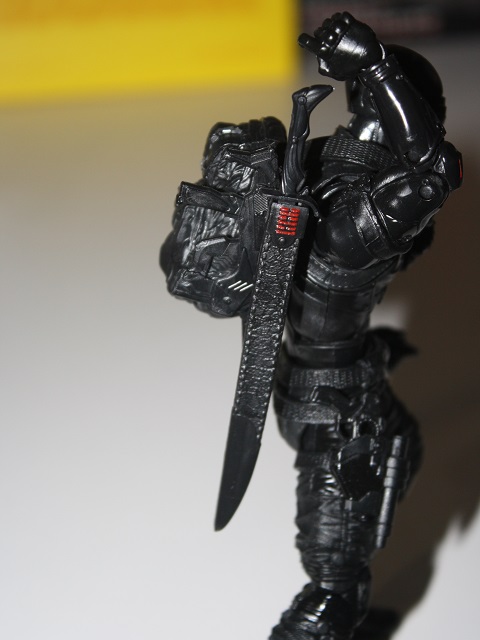 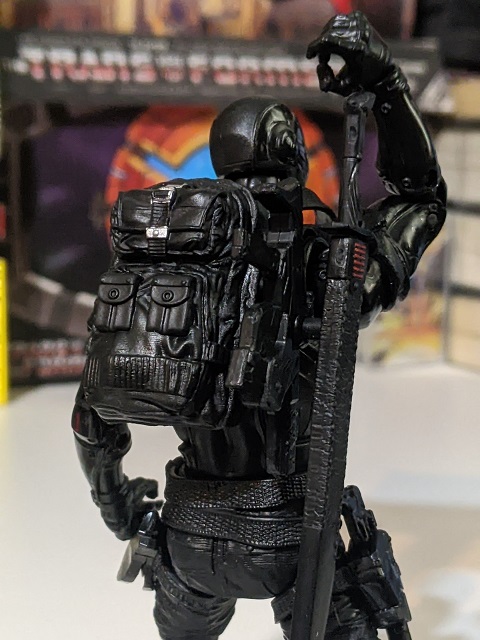 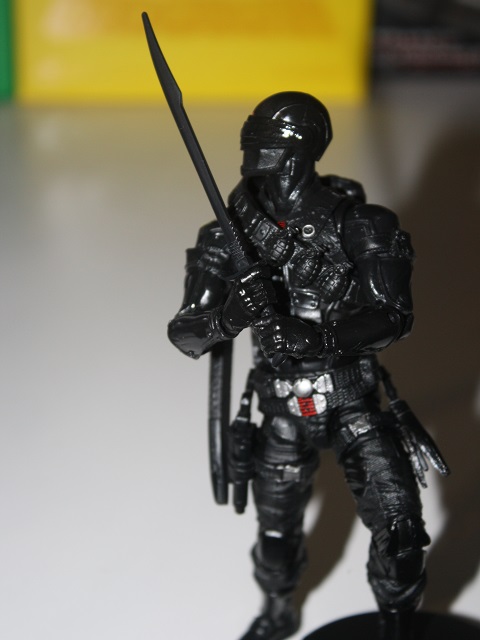 Snake-Eyes is deadly with all weapons, but his outfit tends to dictate which weapons you'll see him use more. This is his most "ninja" look, so the sword feels primary. This needs to be a Death Battle. 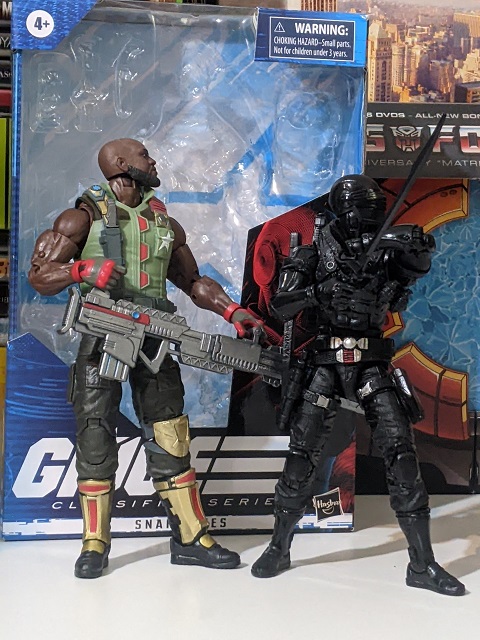 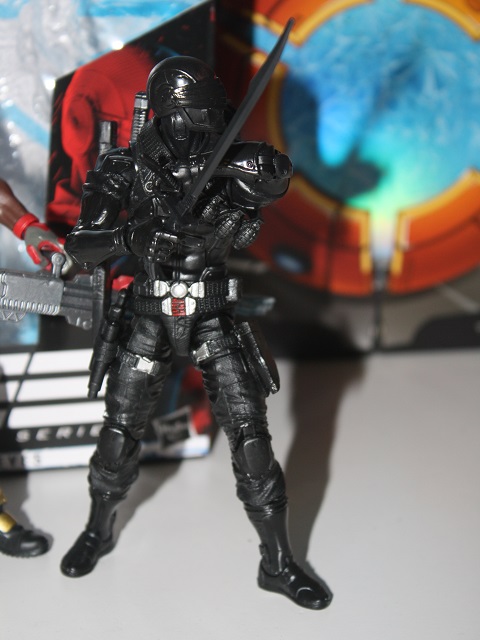 Classified started in 2020. Finding the figures at Wal-Mart & Target is still a crap shoot, but despite that, Hasbro seems to be killing it with online sales & direct market retailers. Heck, Wal-Mart & Target both have their own exclusive sublines at this point. Aside from them, you can find most figures still @ MSRP, $20-$25.

And that includes this, the first version of Snake-Eyes. Or technically second. Before the line officially launched, Hasbro offered through their own website a #0 deluxe version with a fancy box, extra weapons, and a storage rack. It's the same mold, but with different colors, more dark brown and black with silver. They go for $85+ now. I'd like one some day, but this version is still easy to get. Definitely worth it for G.I. Joe fans, but also if you just like nice action figures.