Saw Gerrera is a character I don't like from a movie I love. Rogue One is arguably the best modern Star Wars movie, and ever since his appearance in Rebels he's been woven into the fabric of this pre ANH timeframe. He's even name-dropped in the Andor series.  With my dislike of the character, and the recent price hike of the Black Series figures, I had no plans to get him, but I found him on clearance at Target and figured why not. Sadly, the clearance price was the same as what the regular price used to be.

So why the dislike of Saw? I don't really care for Forest Whitaker in this role - his speech is stunted, is mannerisms all janky, and he's kind of a jerk. I could do without the whole scene, frankly.

That being said, the figure is pretty cool. There's a ton of detail and paint applications, and the likeness is spot on.

There are a lot of layers in this figure, and a lot of articulation for a dude who can barely walk and just hobbles and wheezes all the time. 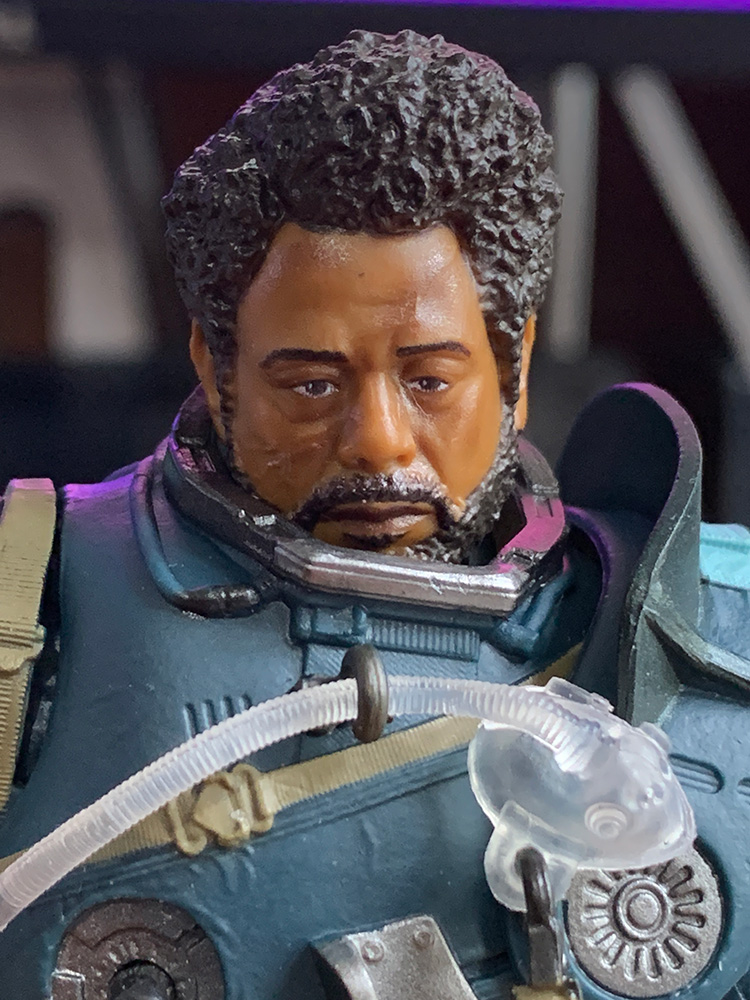 I imagine this suit as a welfare verison of Vader's suit. A walking iron lung to keep him alive. He's even part mechanical, just like Vader. 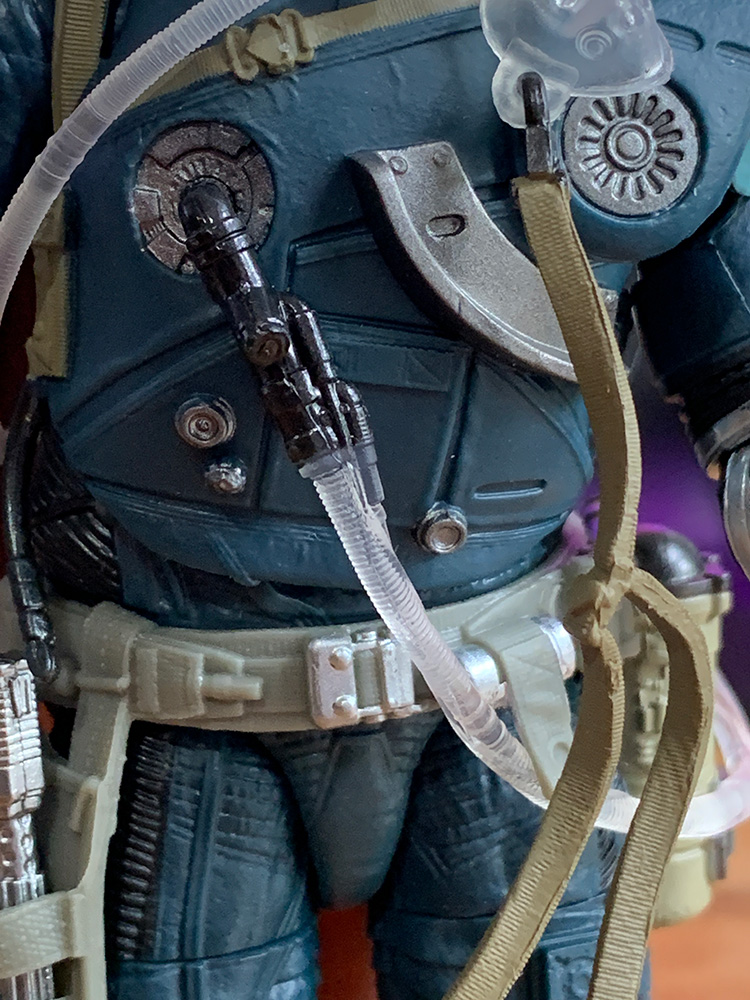 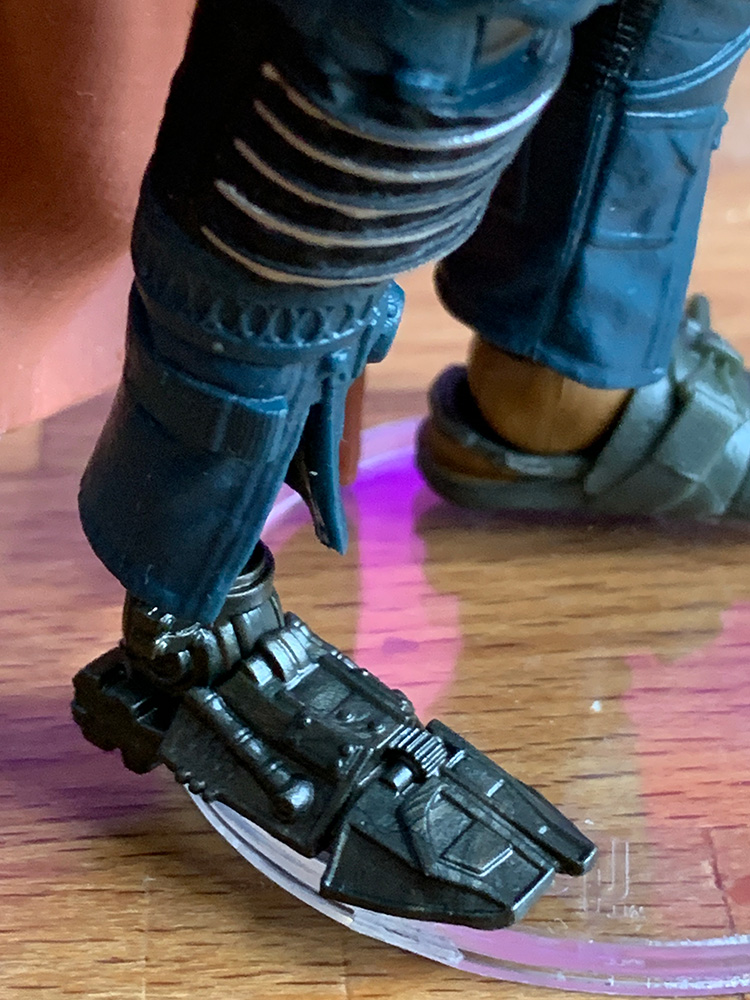 There's a nice sculpted cape on the back that can unplug rather easily. 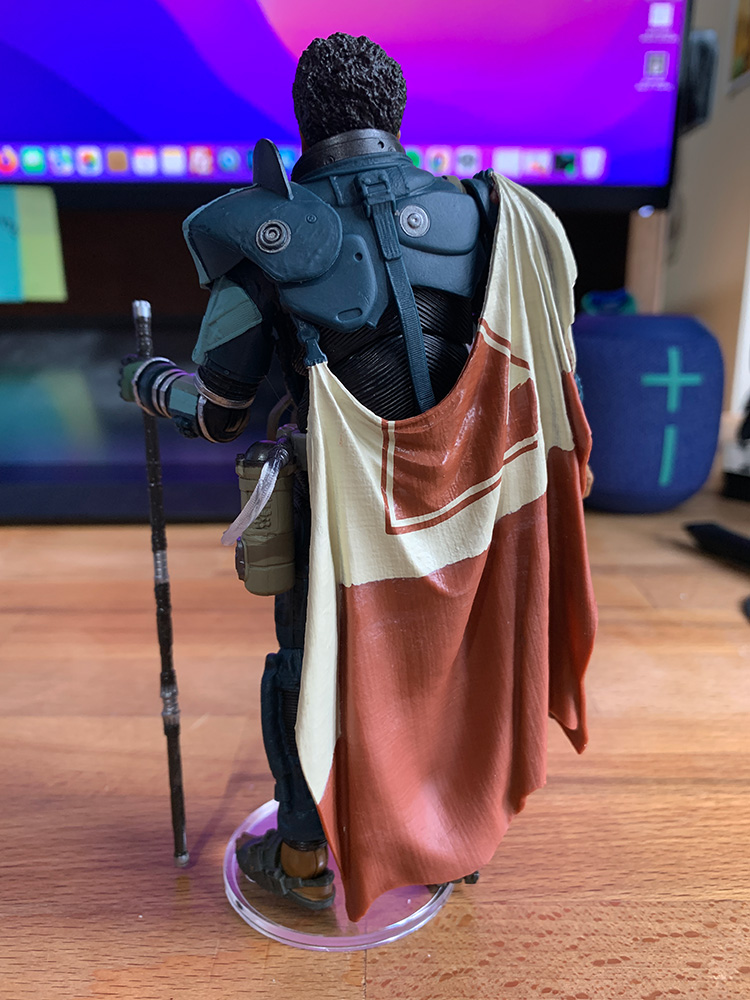 I'm guessing this is his air filter? 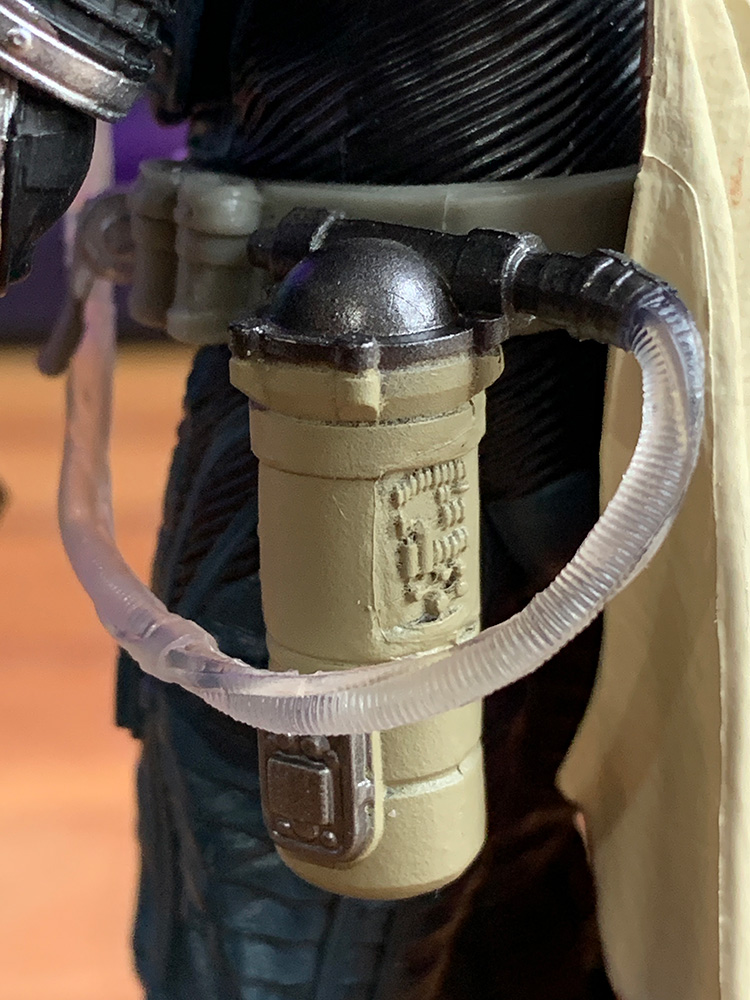 Saw comes with a pistol that can fit in a holster, and a staff. 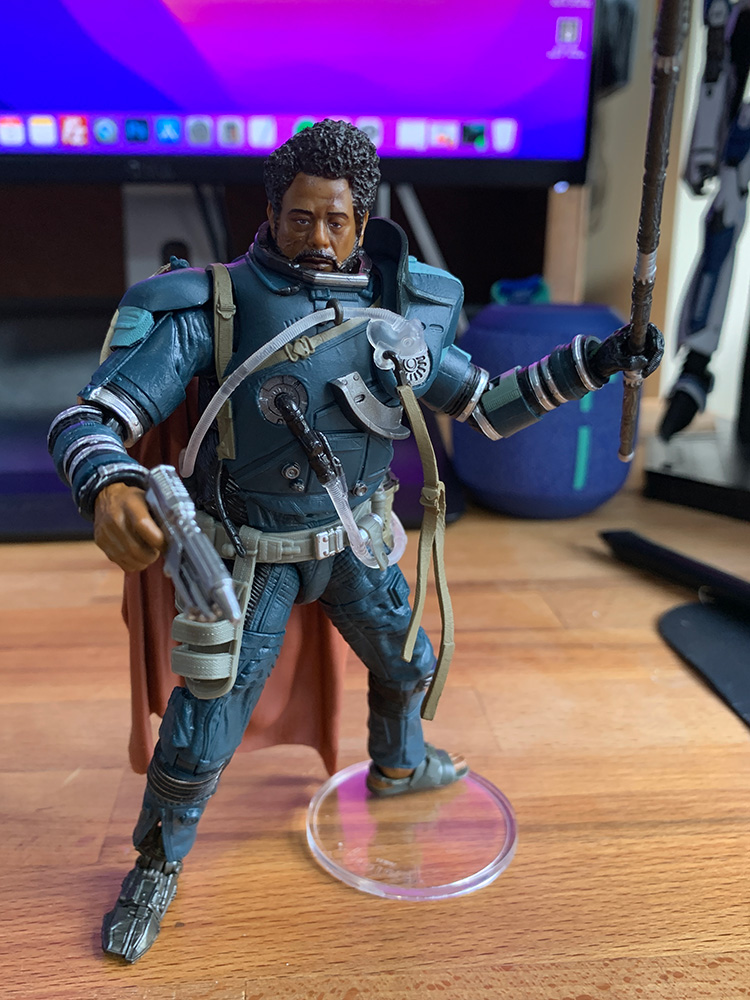 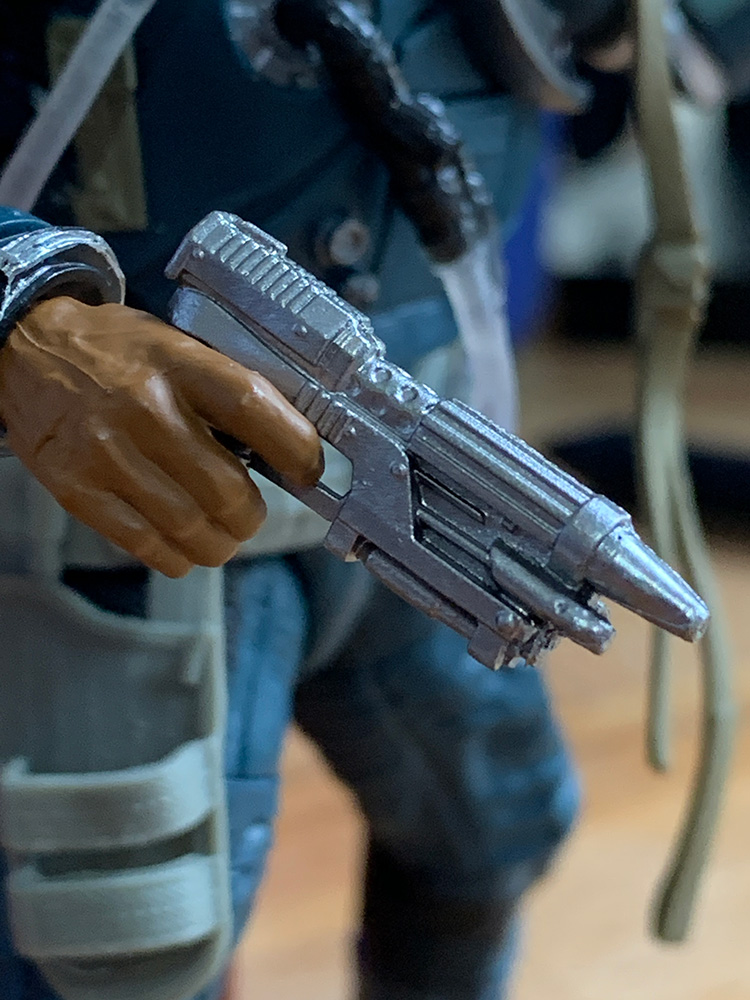 He's got a sandal on the other foot. That can't be safe. 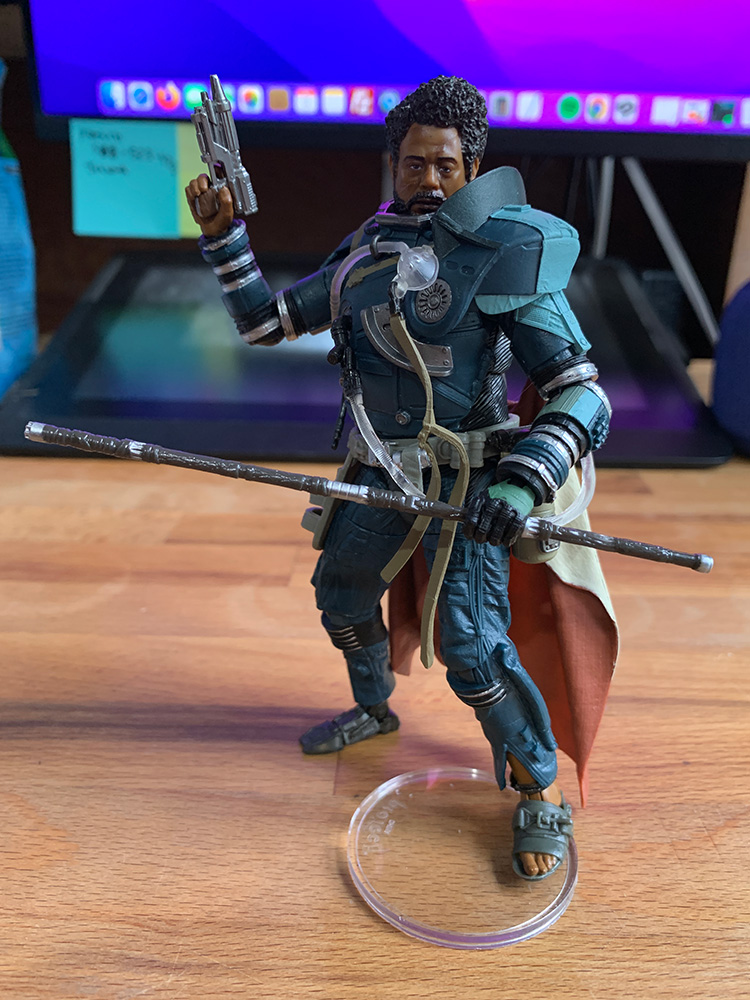