Rapterrix is a sort of a grunt zoid, piloted by henchmen. In Japan he is simply known as Raptor (ラプトール) 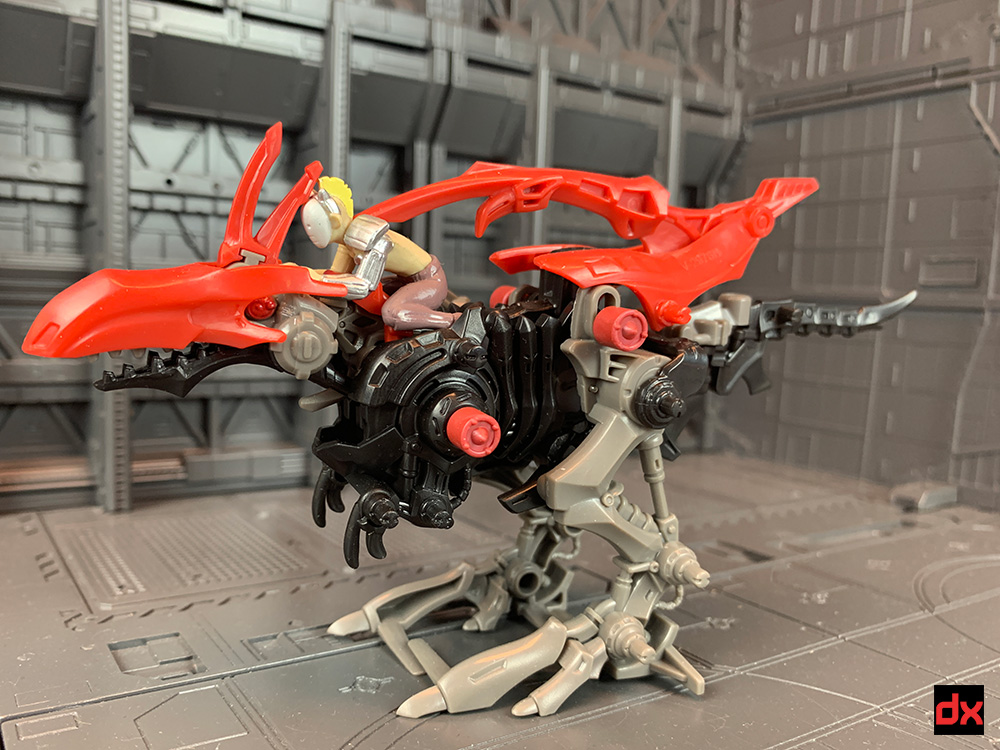 He's an easy build, consisting of 27 pieces and wind-up motor. The mold appears the same as the Japanese version, but the color of the body has been modified from all grey to a mix of grey and black parts. 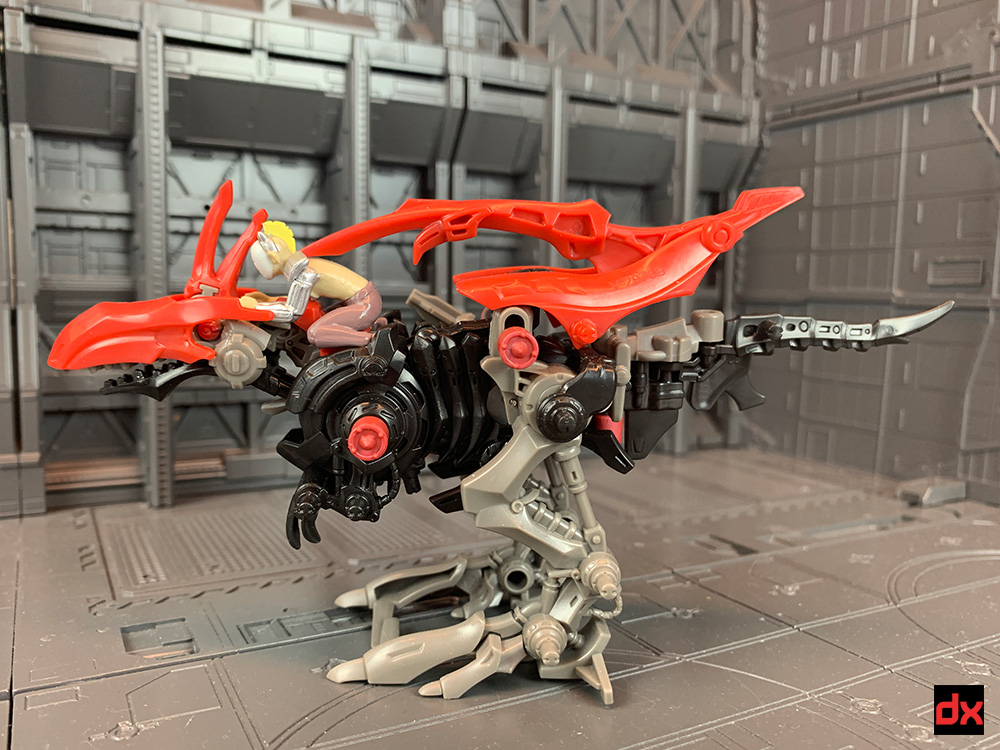 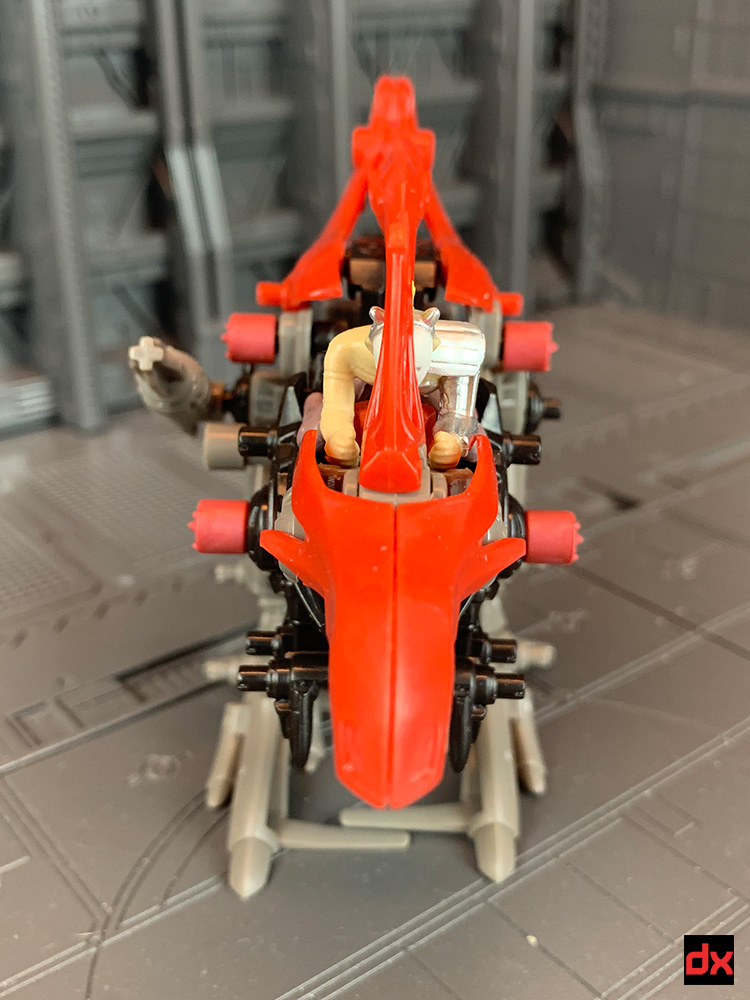 As with all of Hasbro's imported Zoids Wild releases, the pilot figure is unique to this and fully painted instead of the clear slug in the Japanese version. 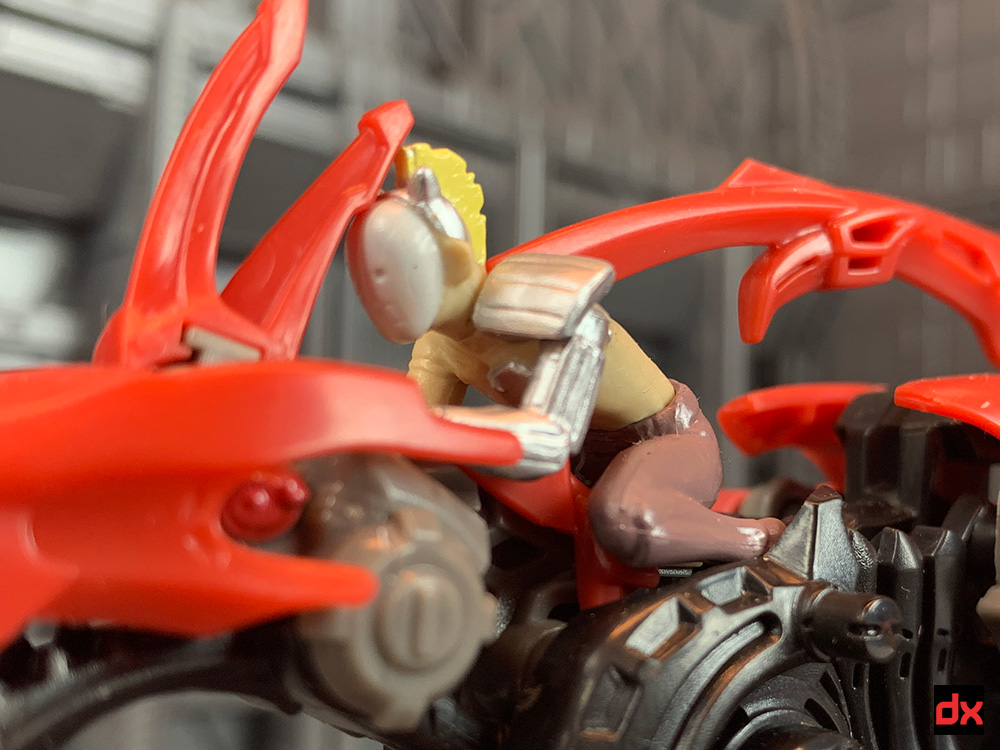 When this Zoid is wound up, he walks and his tail swings back and forth. The key to wind him up can be stored on the side or underneath. 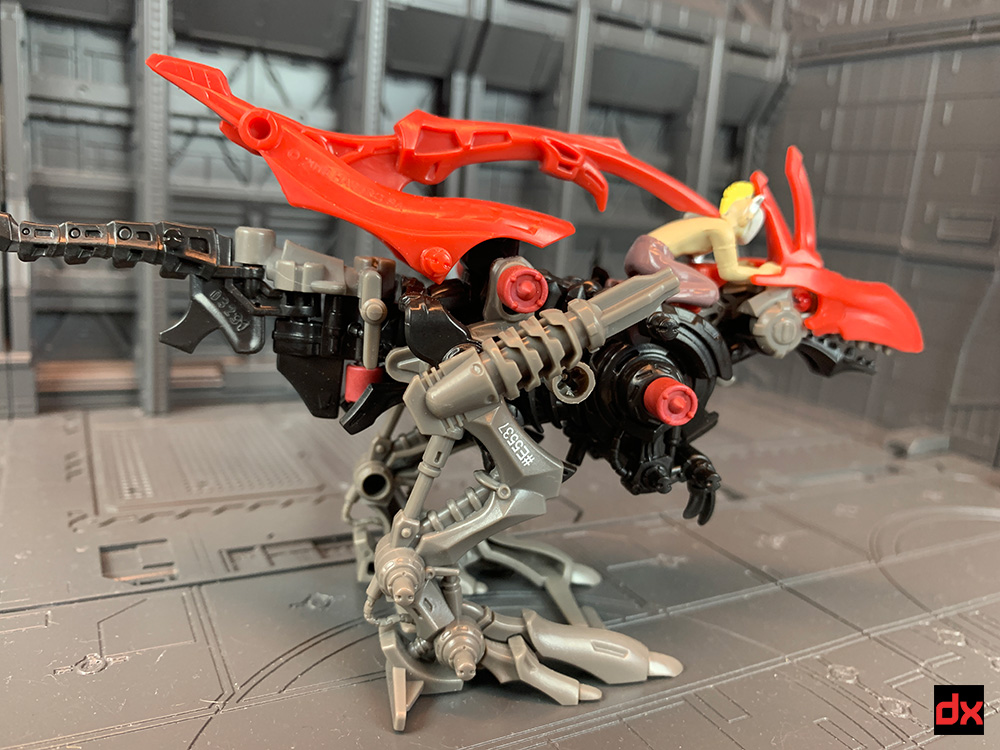 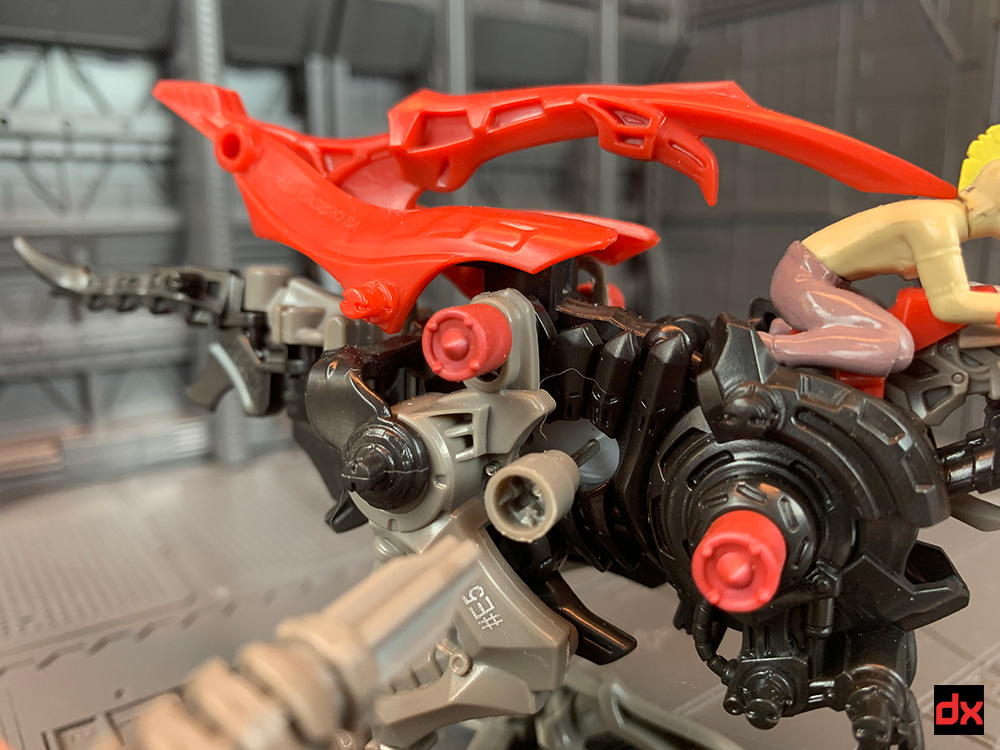 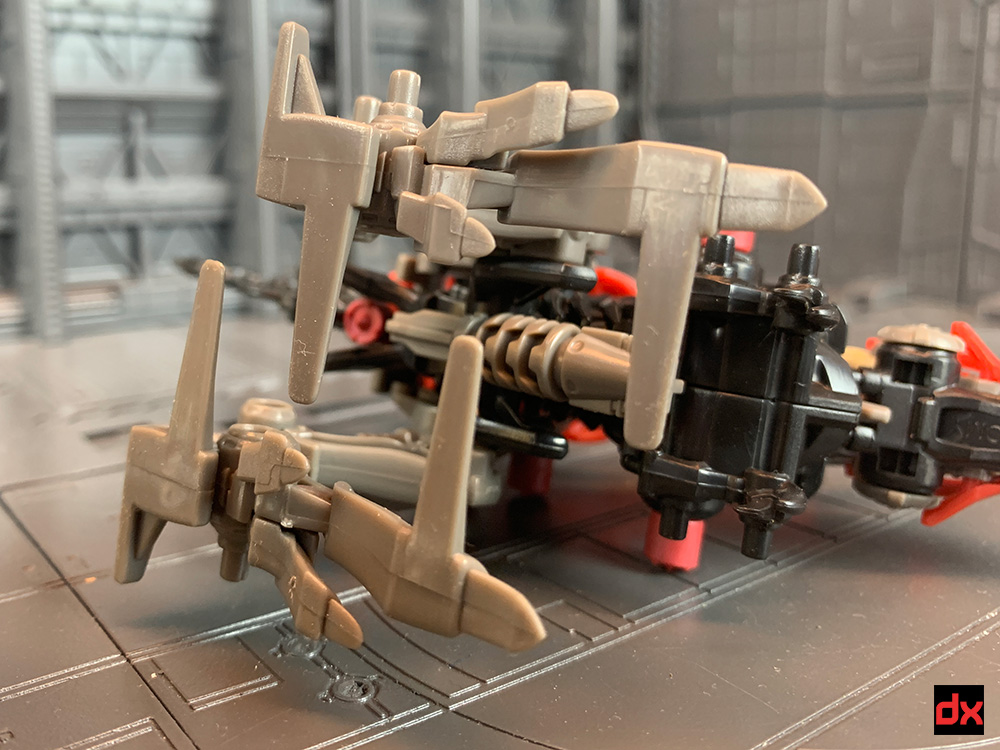 The armor on the tail can be lifted up and over to provide a sort of dagger from above. 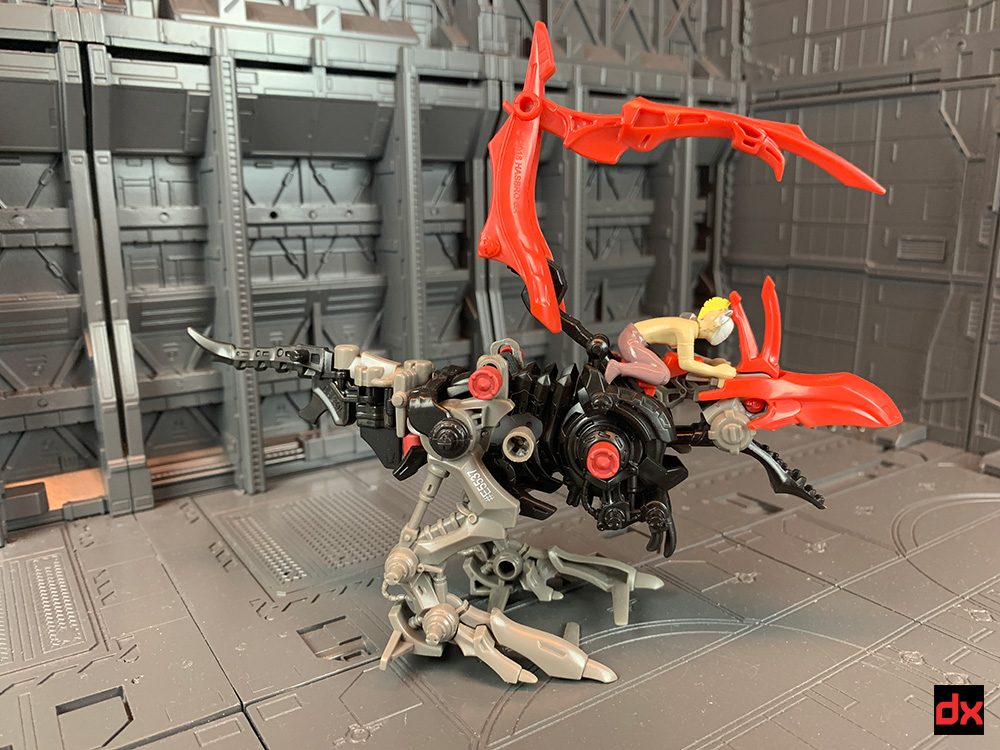 For ten bucks it's a no-brainer.