Moff Gideon was played by the wonderful Giancarlo Esposito whom I previously admired as Gus in Breaking Bad. He was a great pick for the antagonist of The Mandalorian. And how awesome was that reveal with him having the Darksaber at the end of that episode? Sure, I had to explain what the Darksaber was to people, but it was just so cool to see it jump from animation to live action. 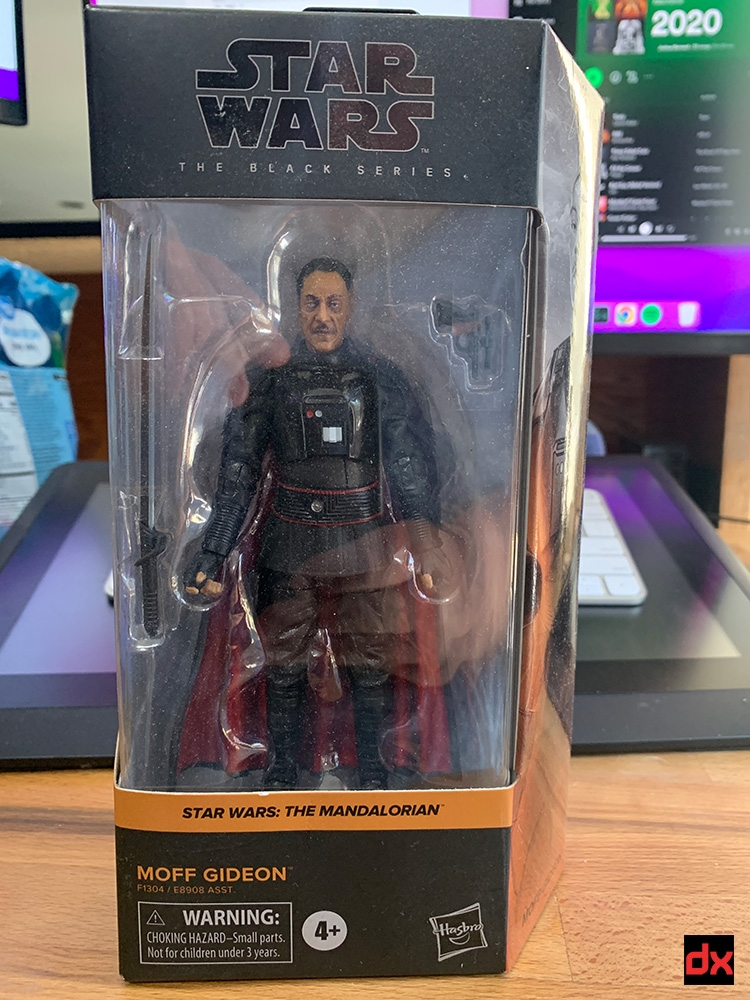 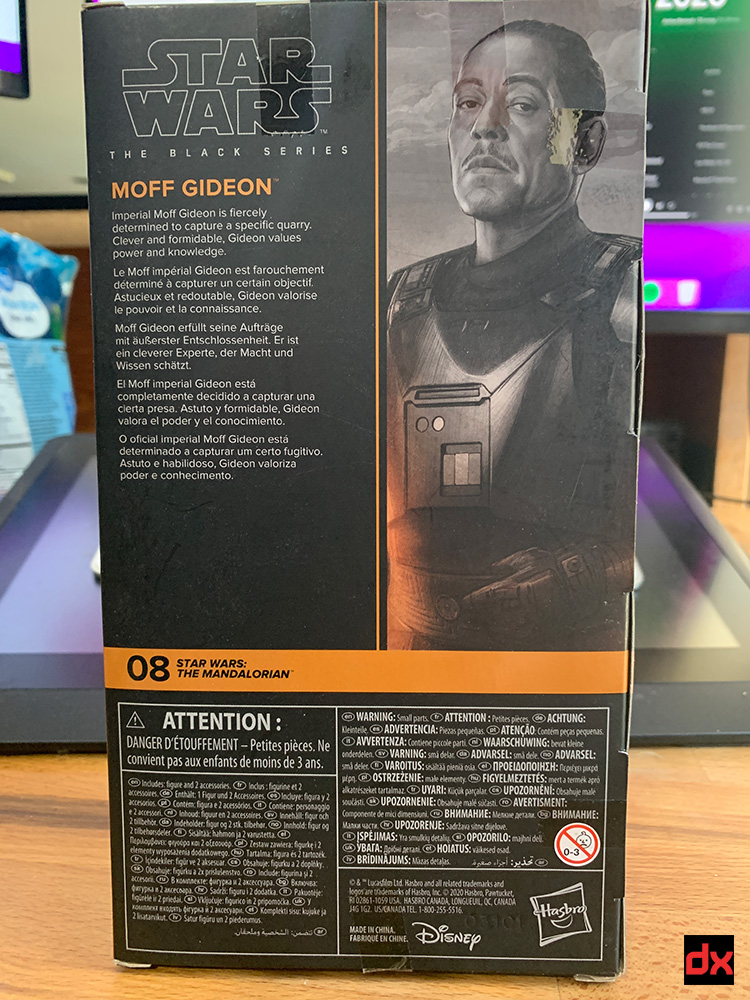 It's a great likeness of the actor in an imperial outfit that we haven't seen before. It has the hallmarks of an imperial officer, but black instead of grey, and a cape! How cool. However Moff Gideon is not a force user, he just likes to cosplay as one. 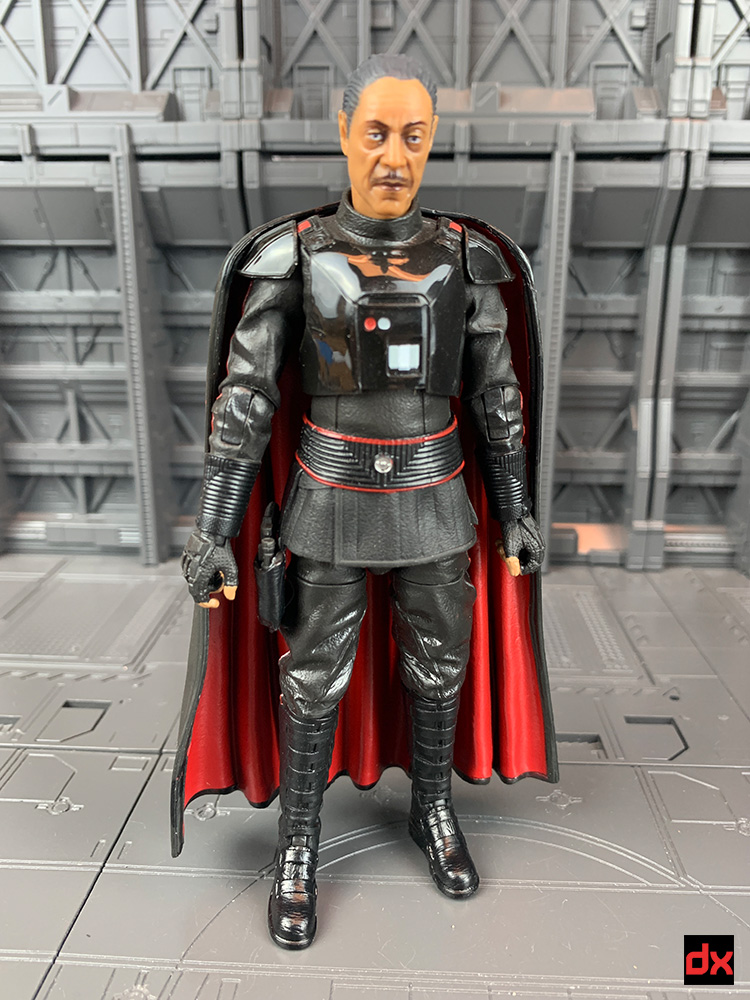 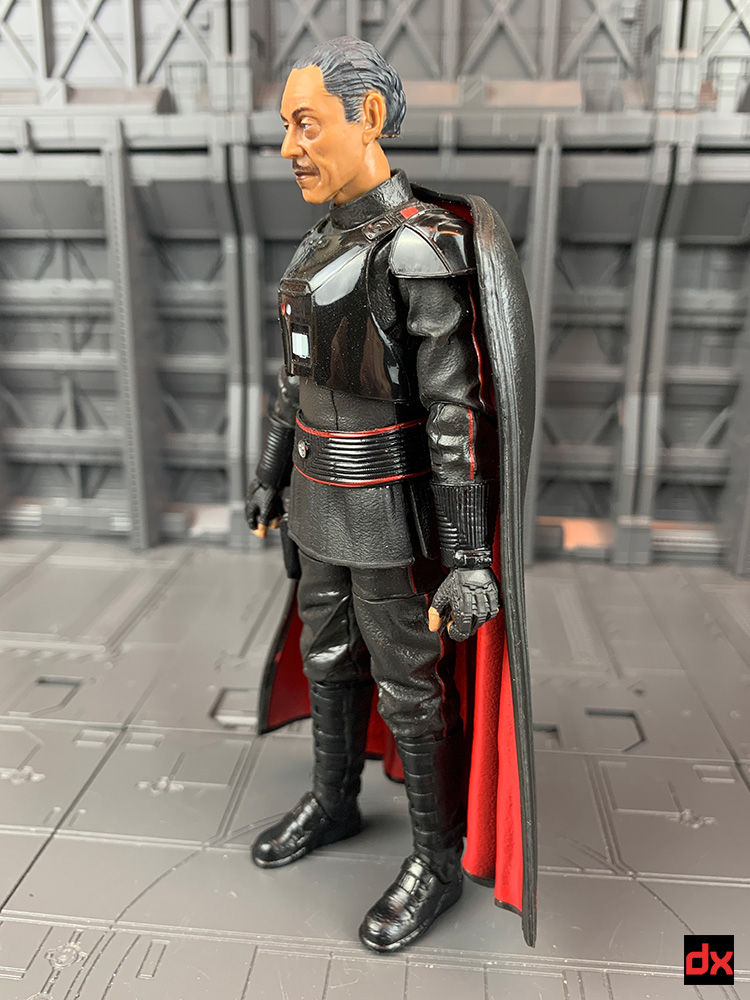 You can remove the cape easily. Too easily, in fact. I will always prefer a cloth cape, but this one isn't bad. 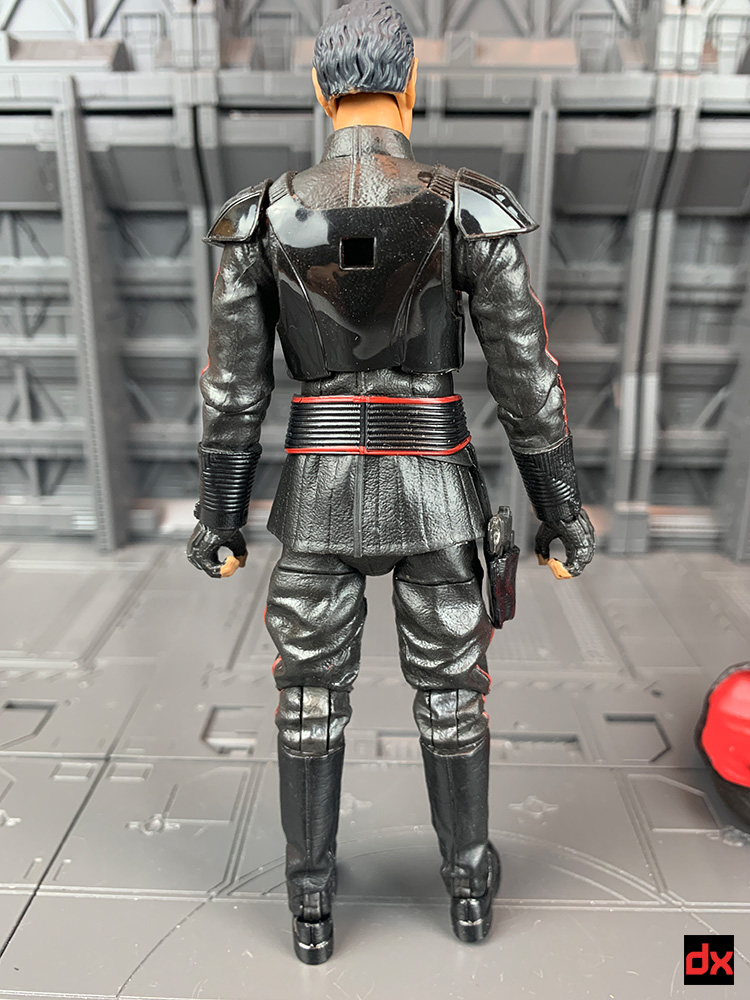 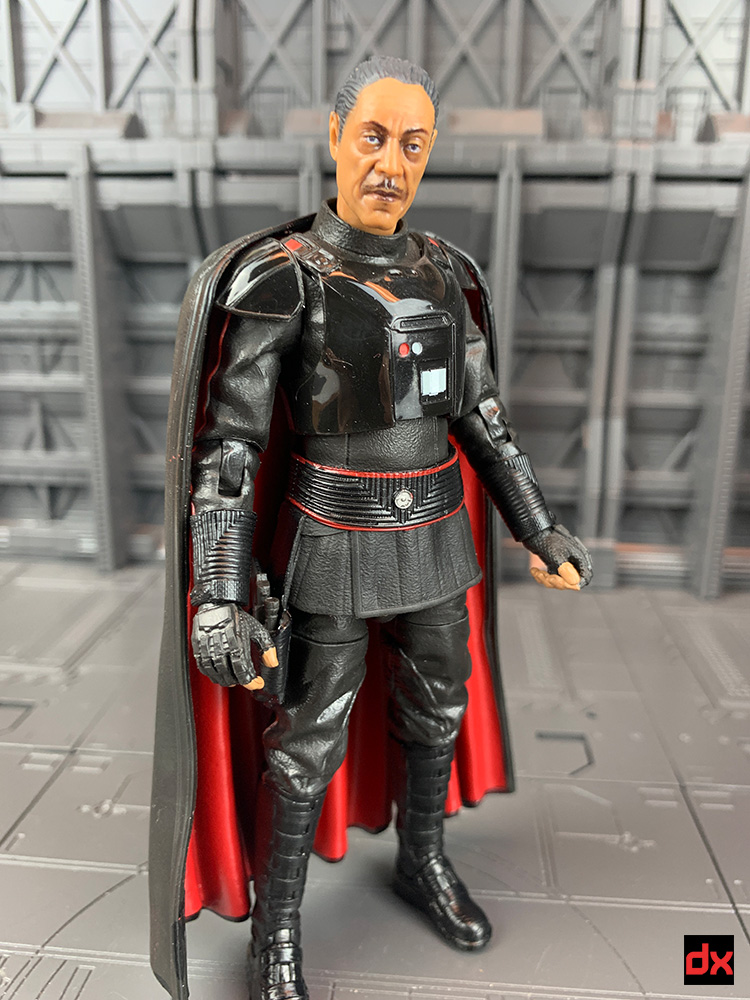 The likeness is great as well. Hasbro has been hitting it out of the park with the Mando Black Series. 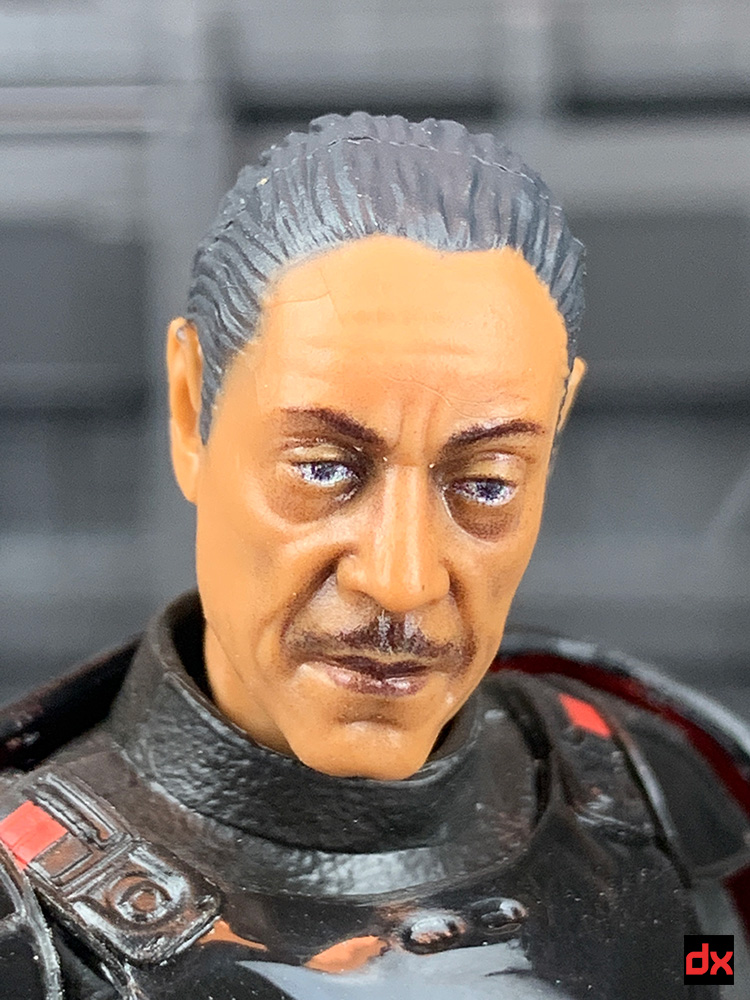 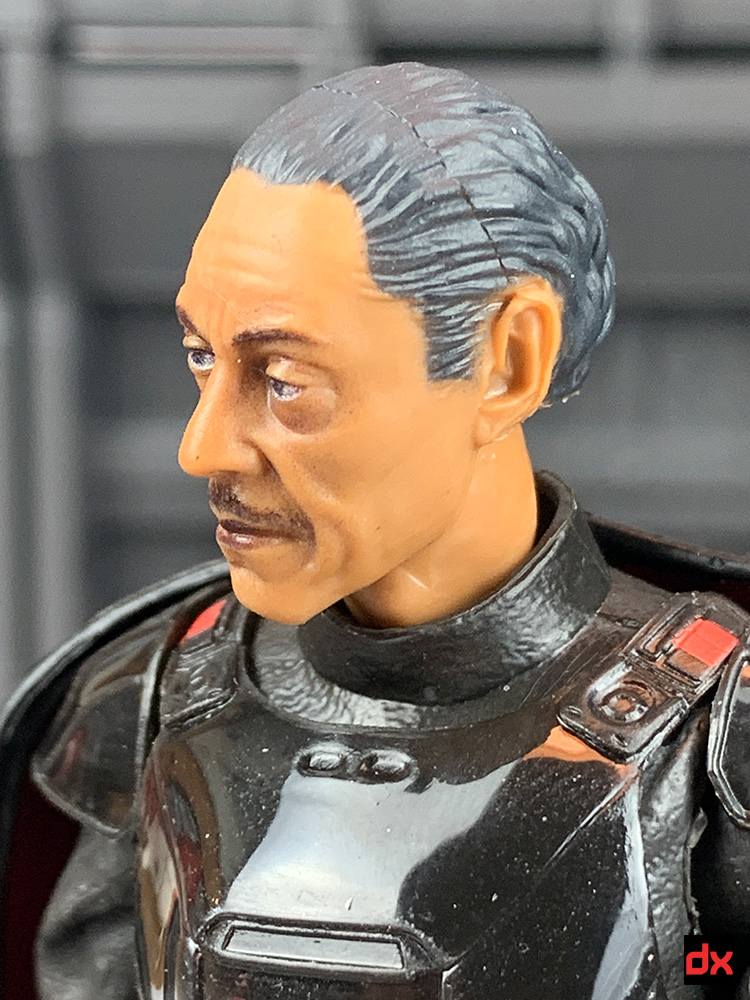 He includes a dinky blaster, which does fit in the holster. 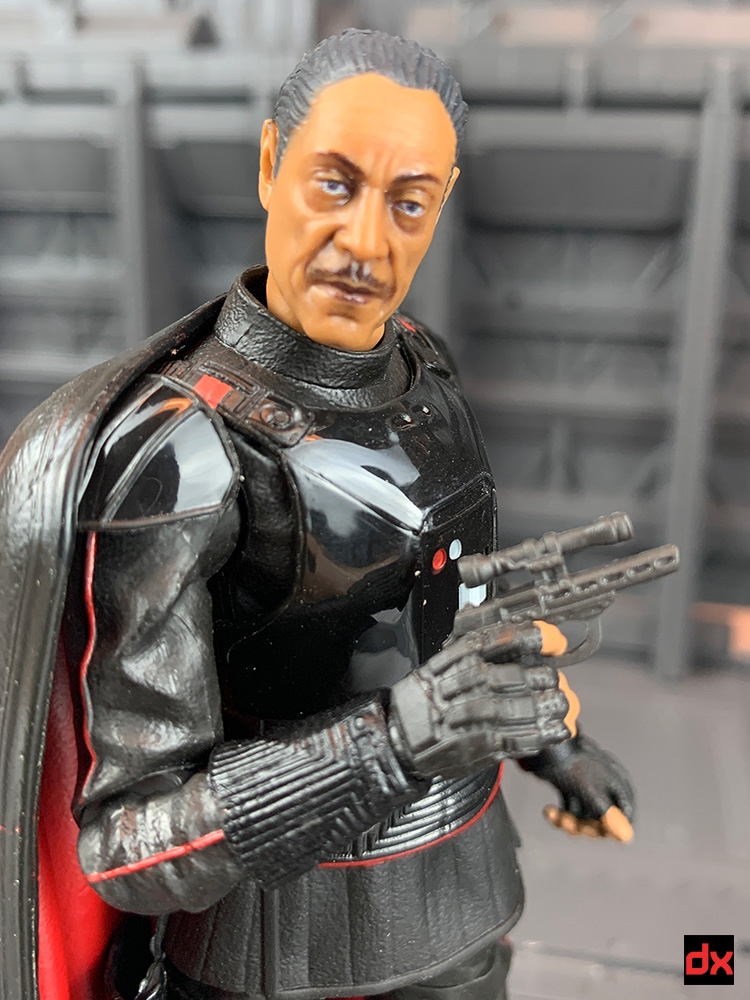 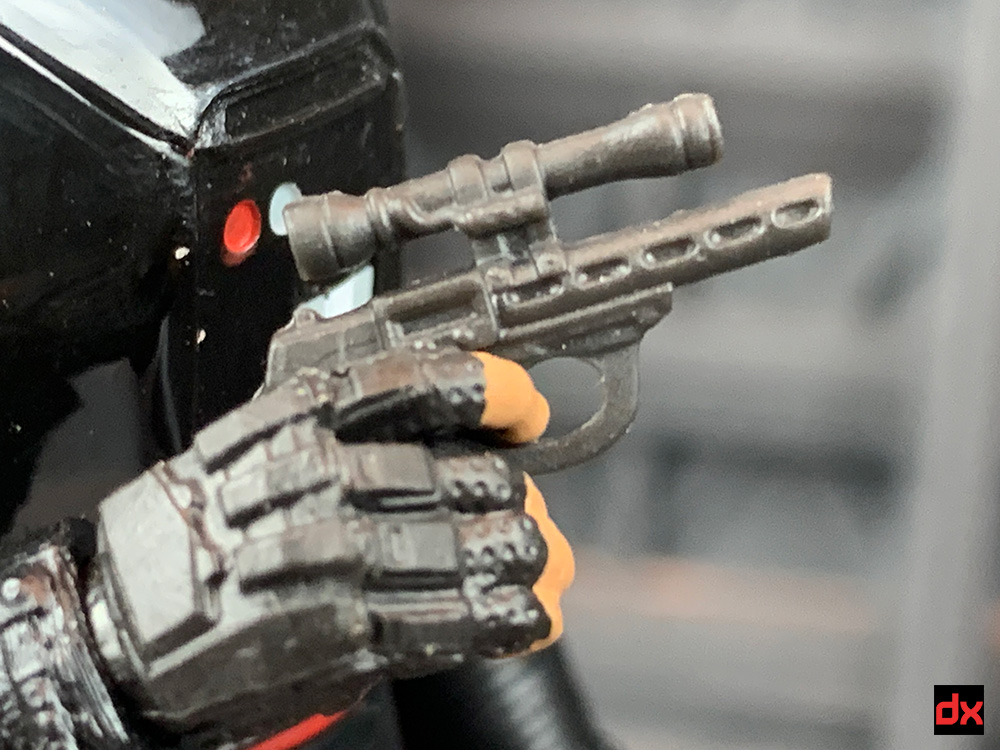 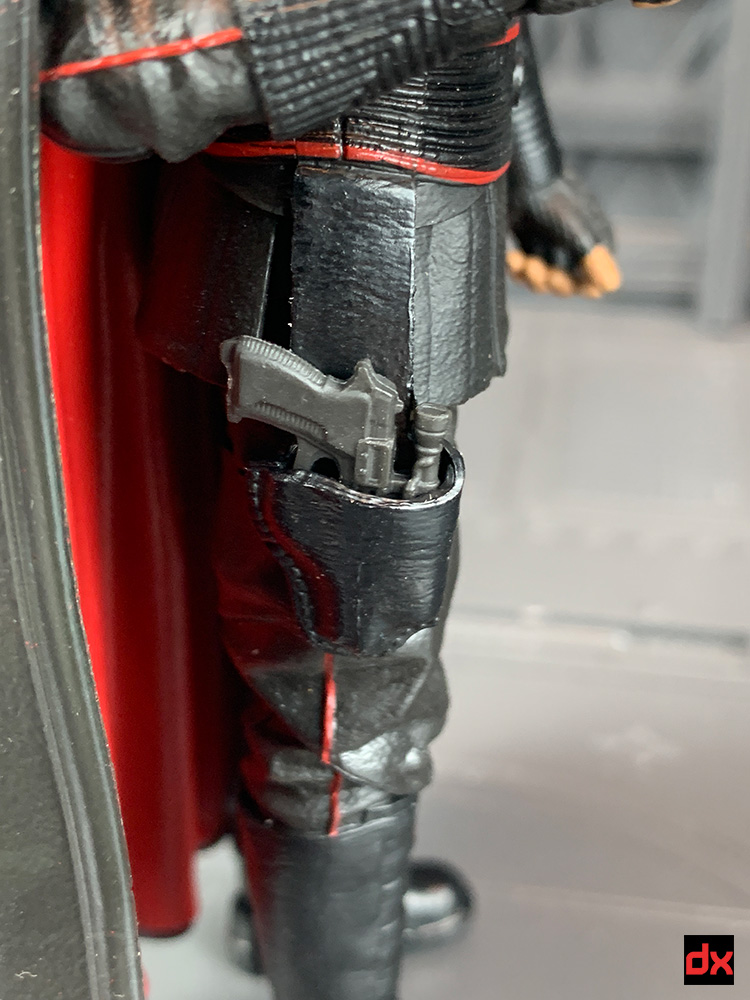 He comes with a Darksaber which looks great. The hilt is supposedly removable but I didn't want to chance breaking it. 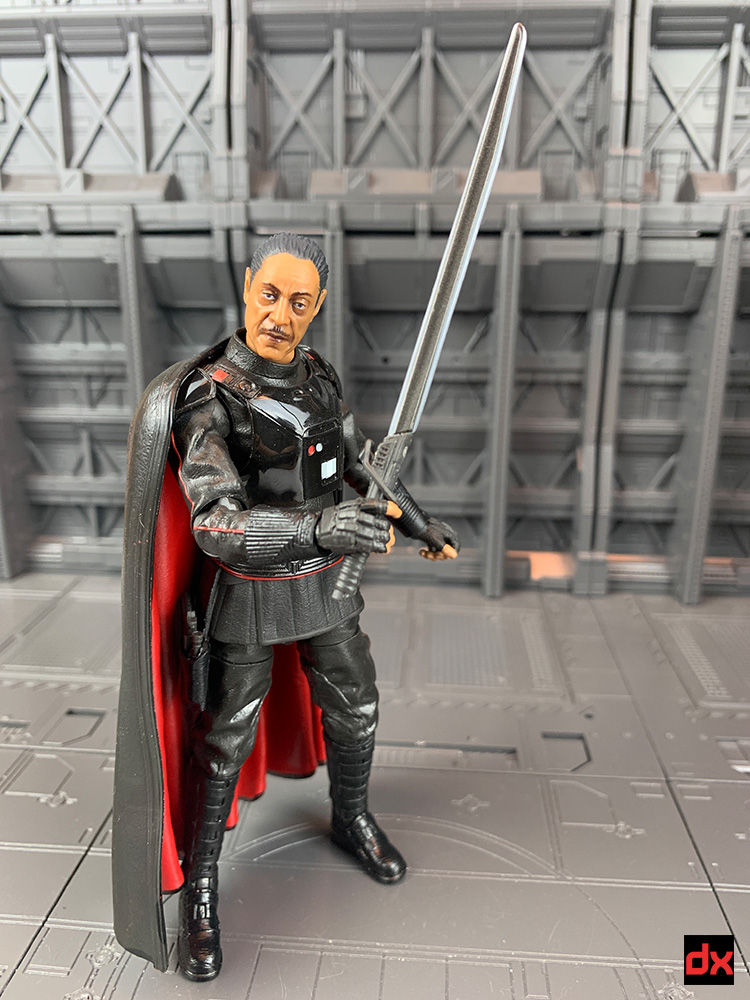 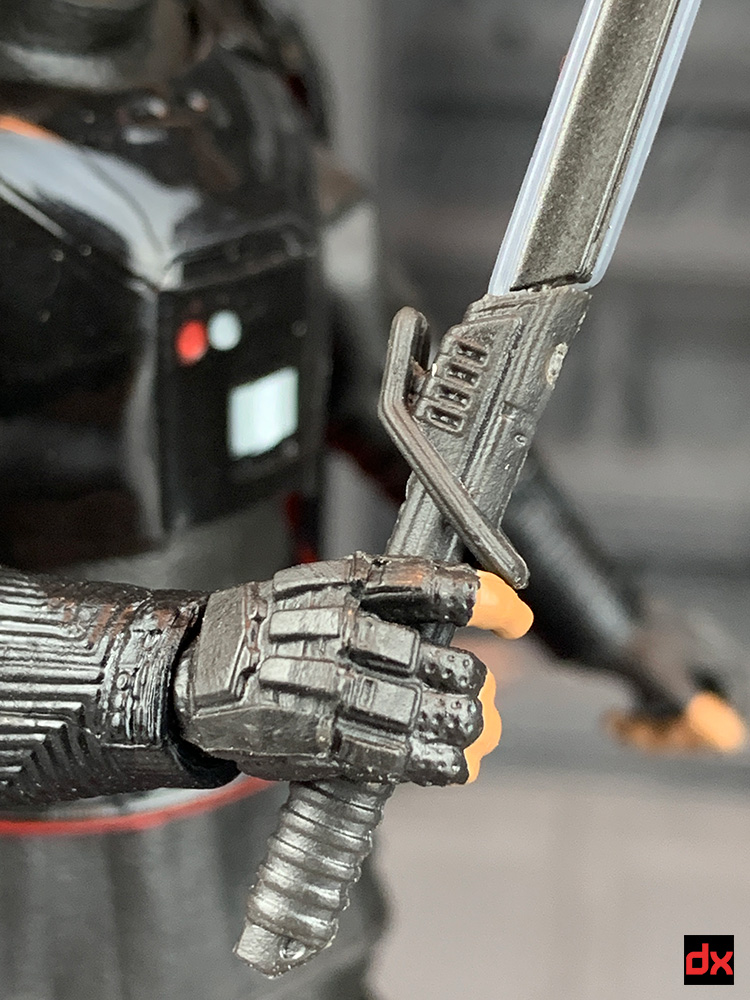 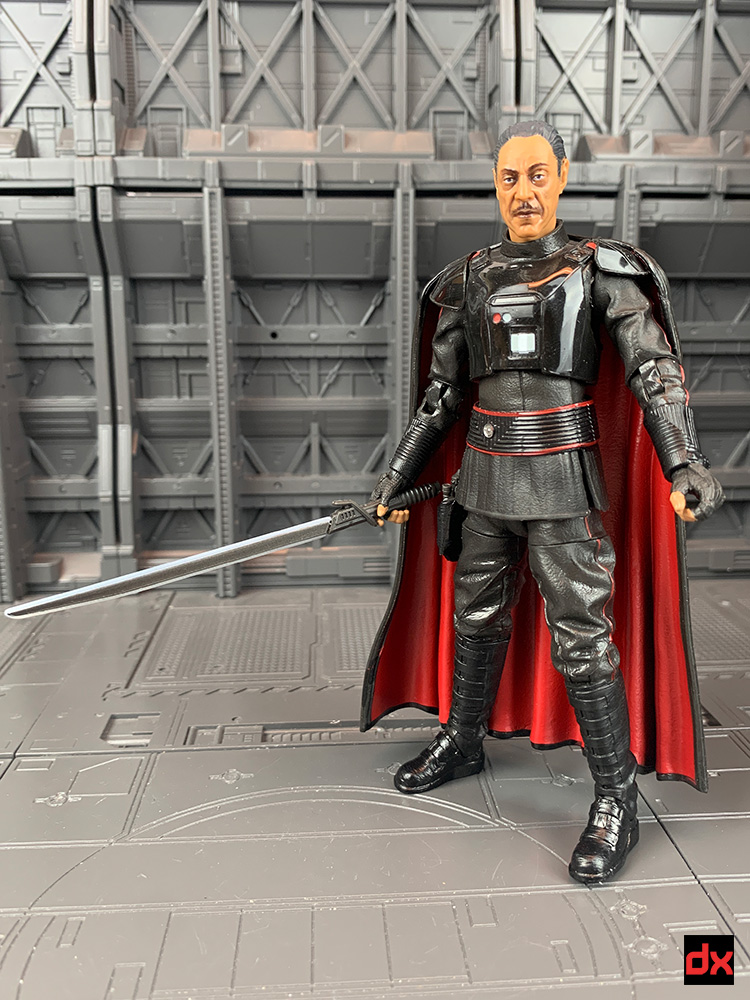 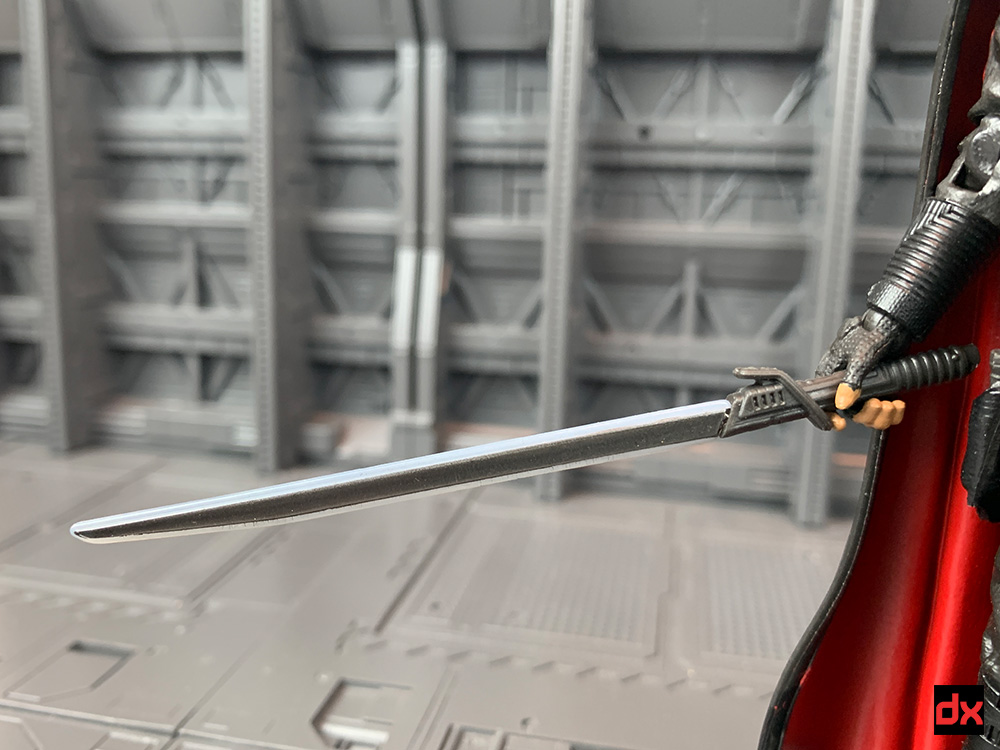 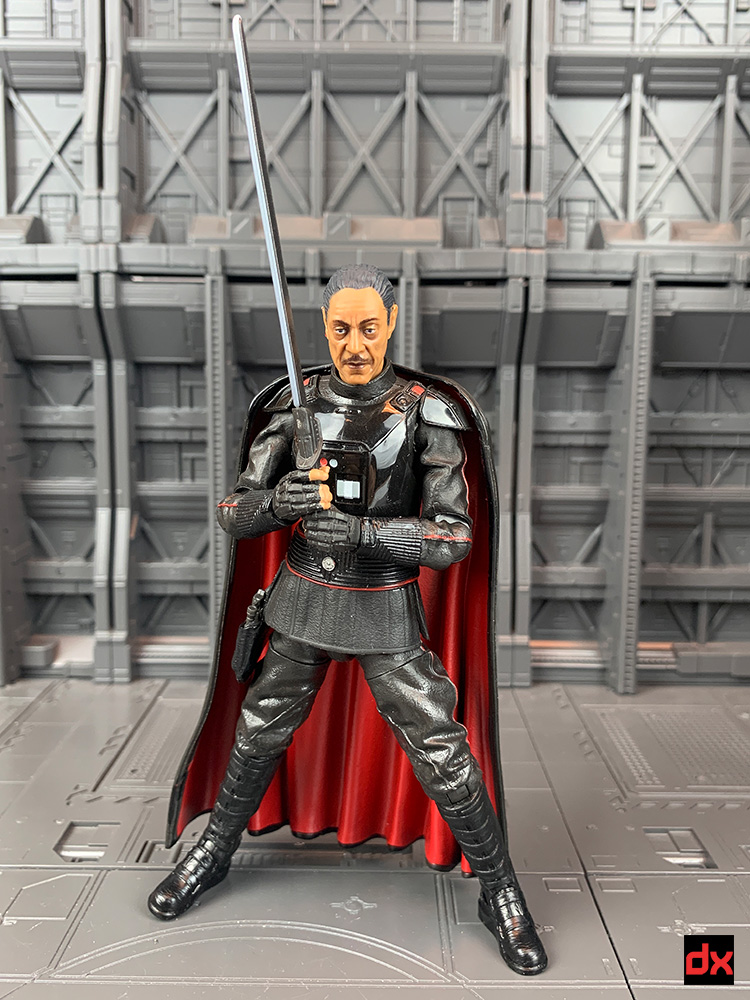 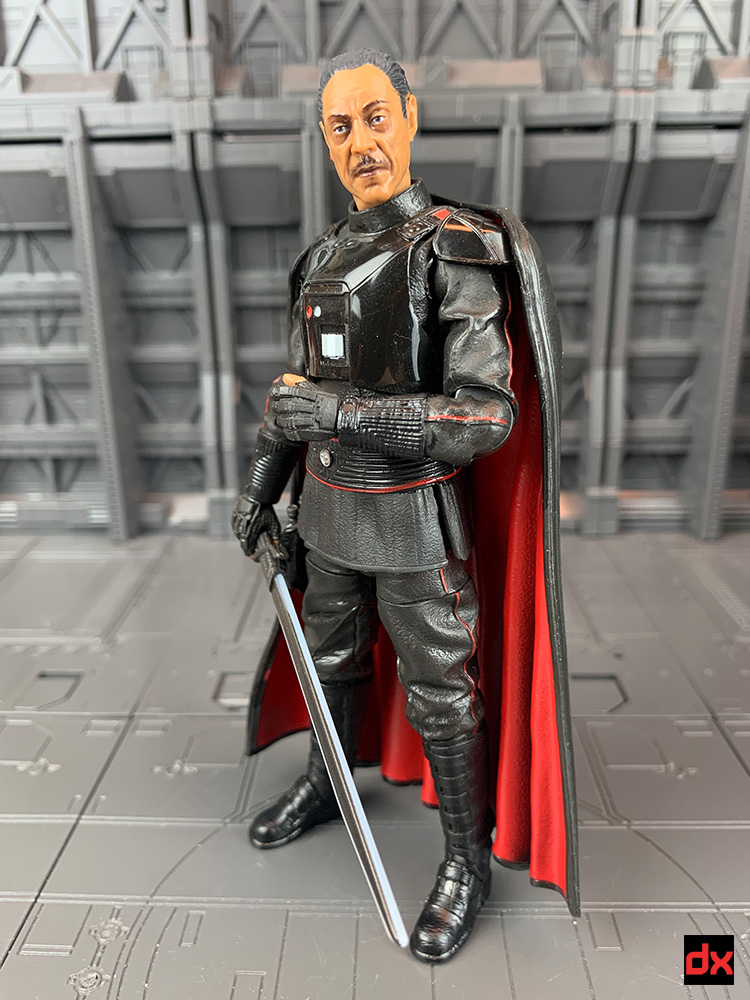 Here's a thing that bugs me about the Darksaber - if you've read this far, congratulations. In the show, The armorer tells Djinn that the Darksaber is basically too heavy for him, that he does not have the skill or fortitude to use it effectively. However, Moff Gideon seems to use it pretty well when he has it. Does this only apply to Mandalorians? No idea.