The thing I like most about the three War for Cybertron lines is their re-imagining of the core G1 characters. They are so good that they are likely the last versions of these characters I will ever buy. Inferno is from the Kingdom series, and he is just plain awesome.

He's a Voyager class, which means about 10 more bucks than the Deluxe class. The box is nice. There's a trading card stuck to the inside of the insert, if you are into that sort of thing. 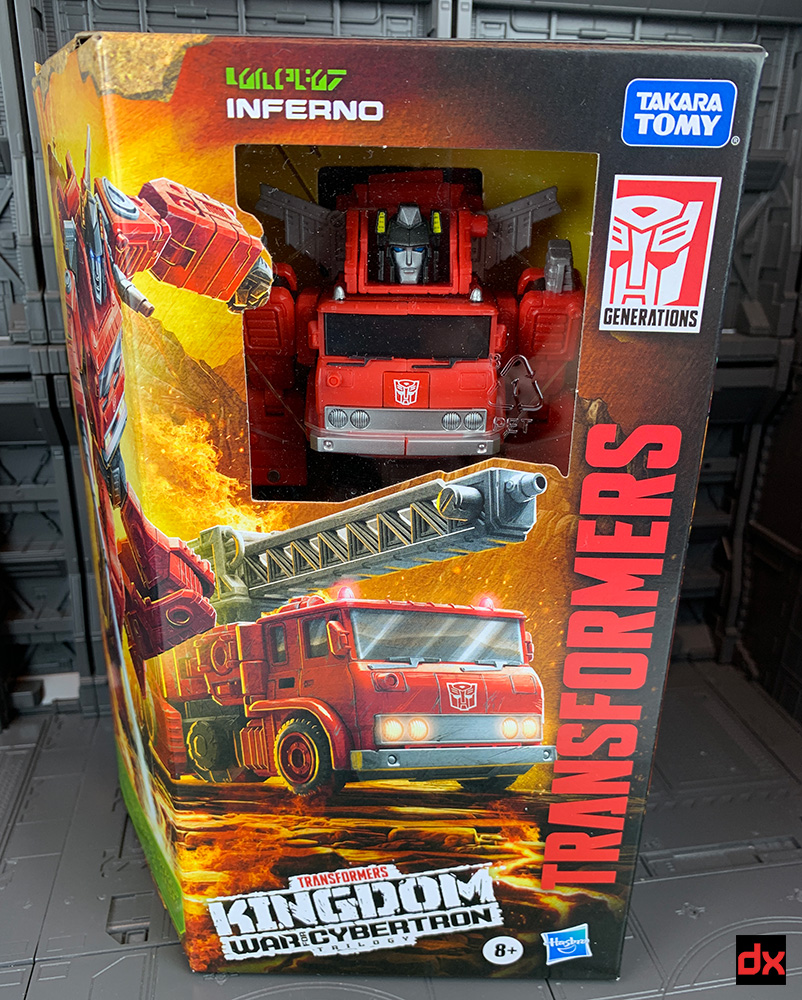 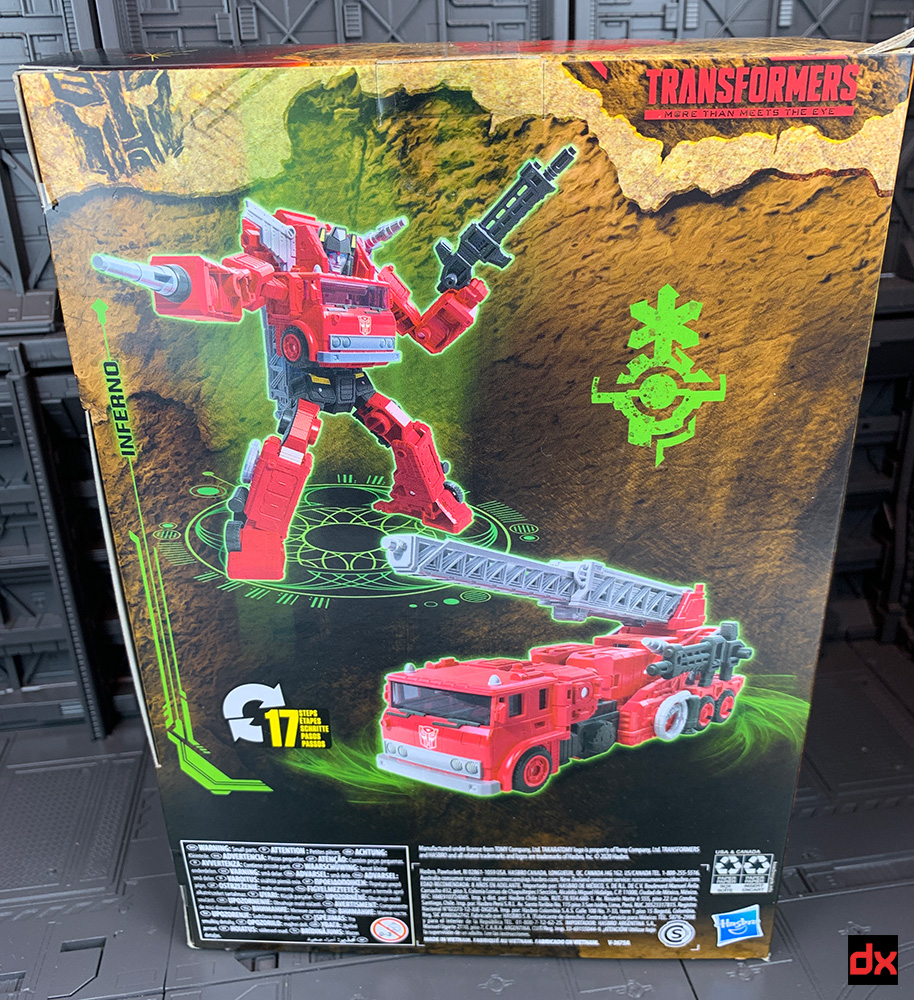 Inferno in robot mode is perfectly proportioned. He shares about 90% of the mold with Grapple, but the head and ladder assembly are different. However the paint makes him look like an entirely different figure. 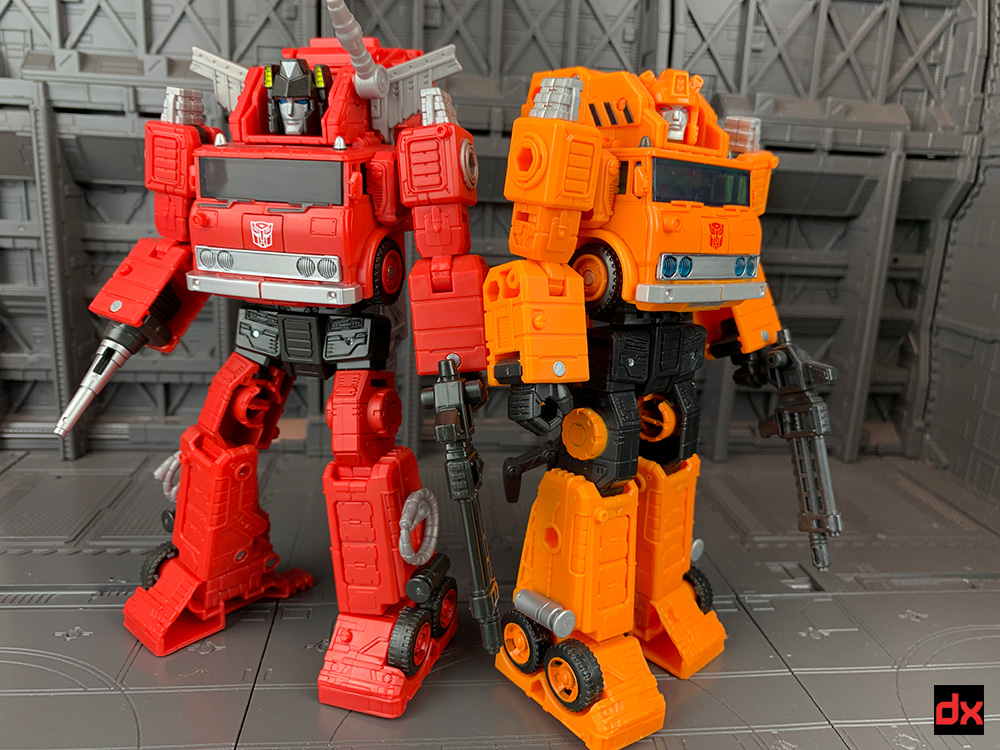 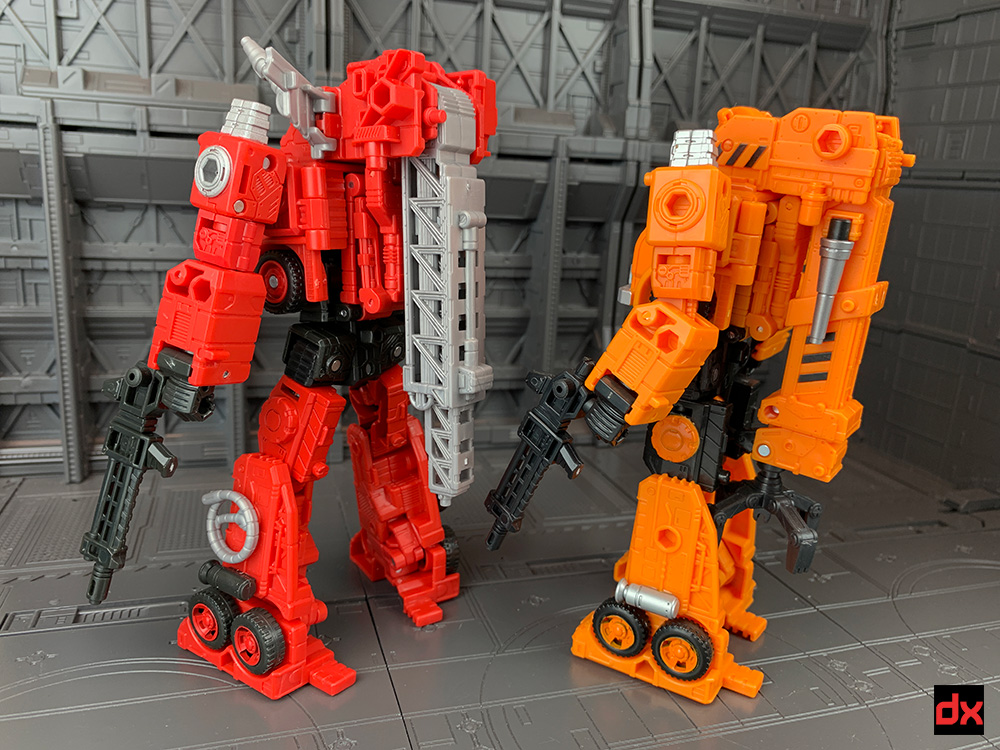 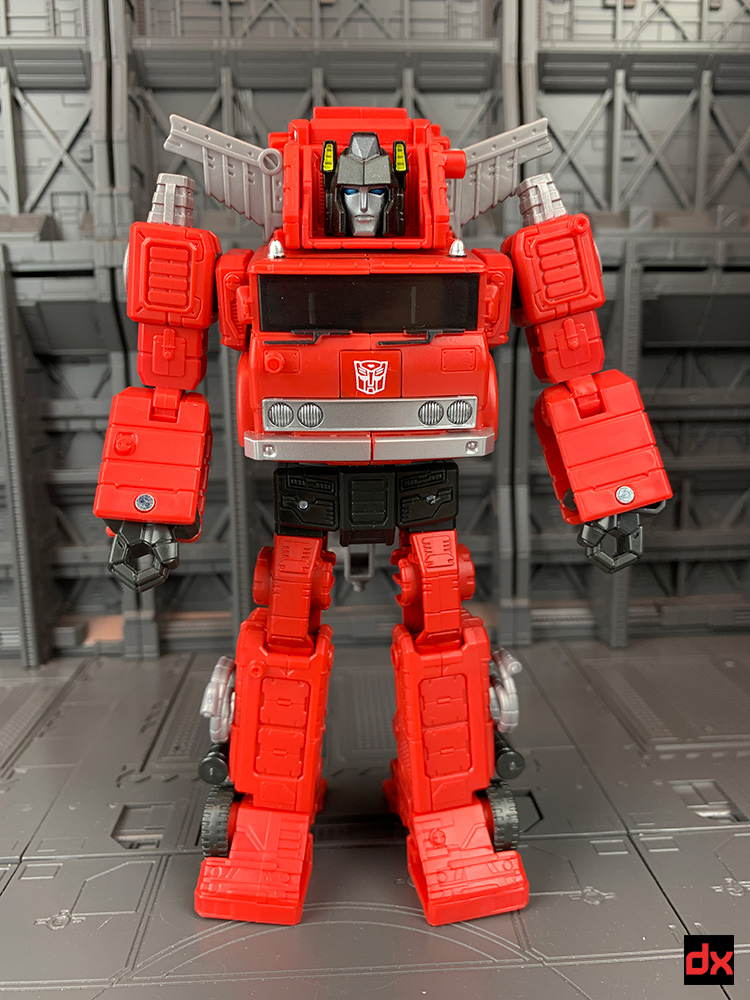 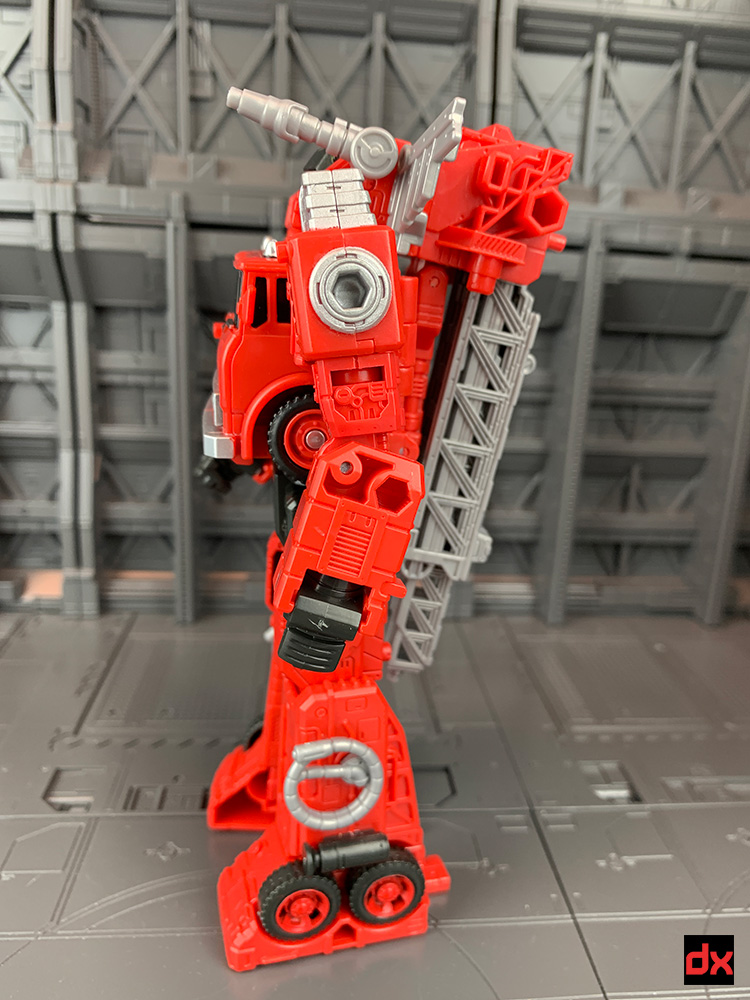 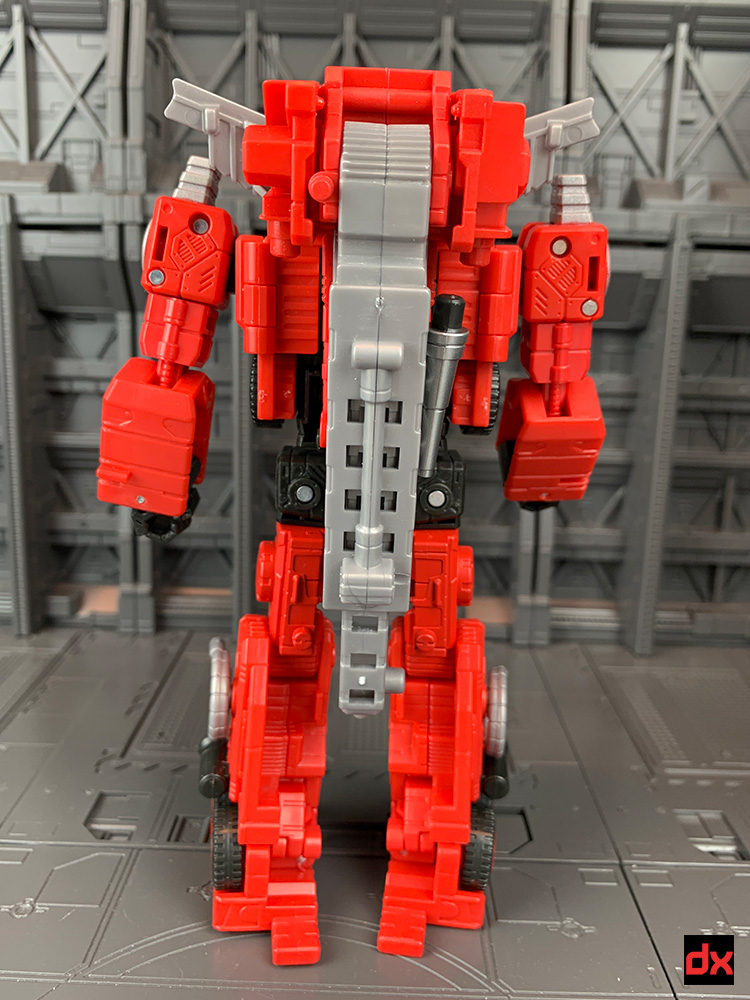 Articulation is pretty spectacular for a chunky boy. He just looks so good in almost any pose. It's the perfect G1 reimagining. 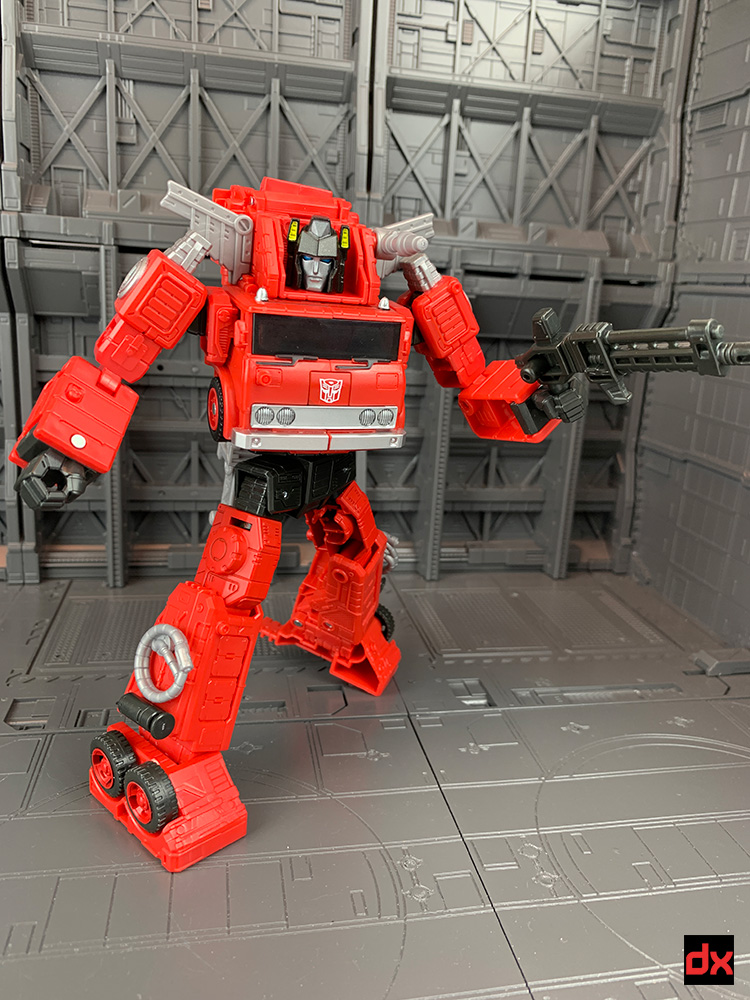 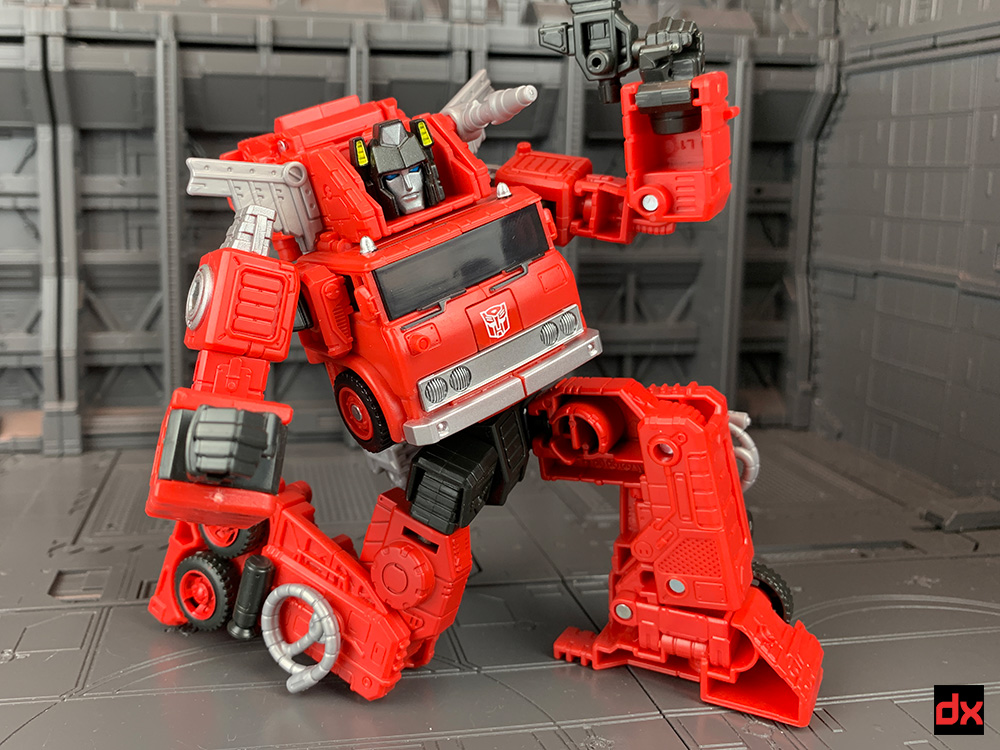 He's got a large gun that has three different connection points on it, as well as an alternate nozzle attachment that can be attached when the hand is flipped around. 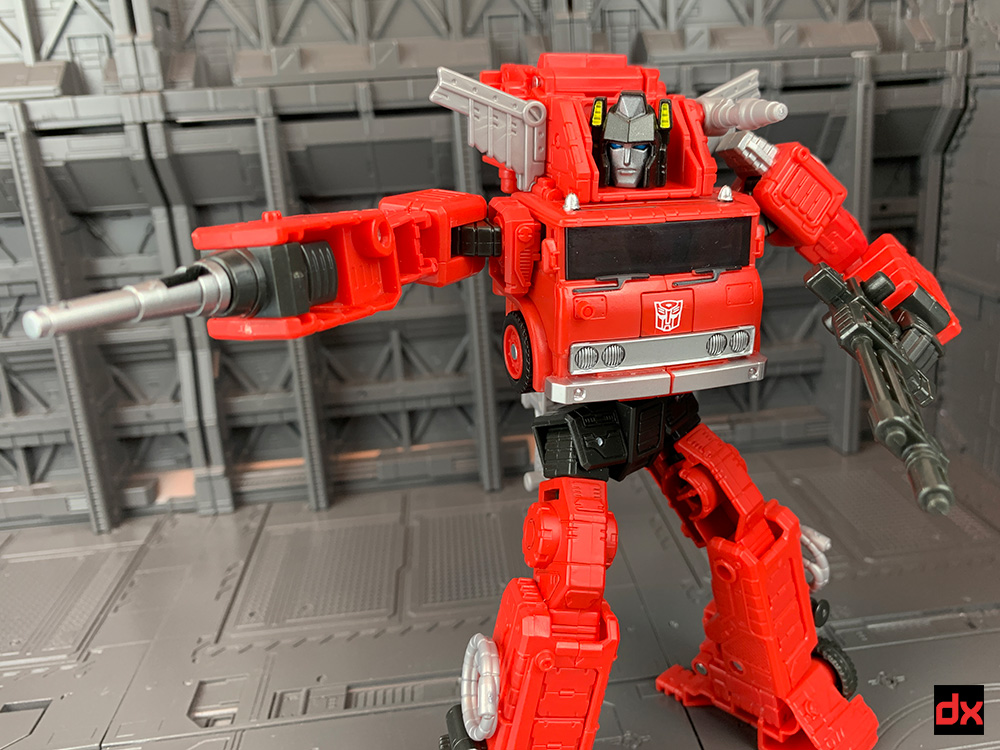 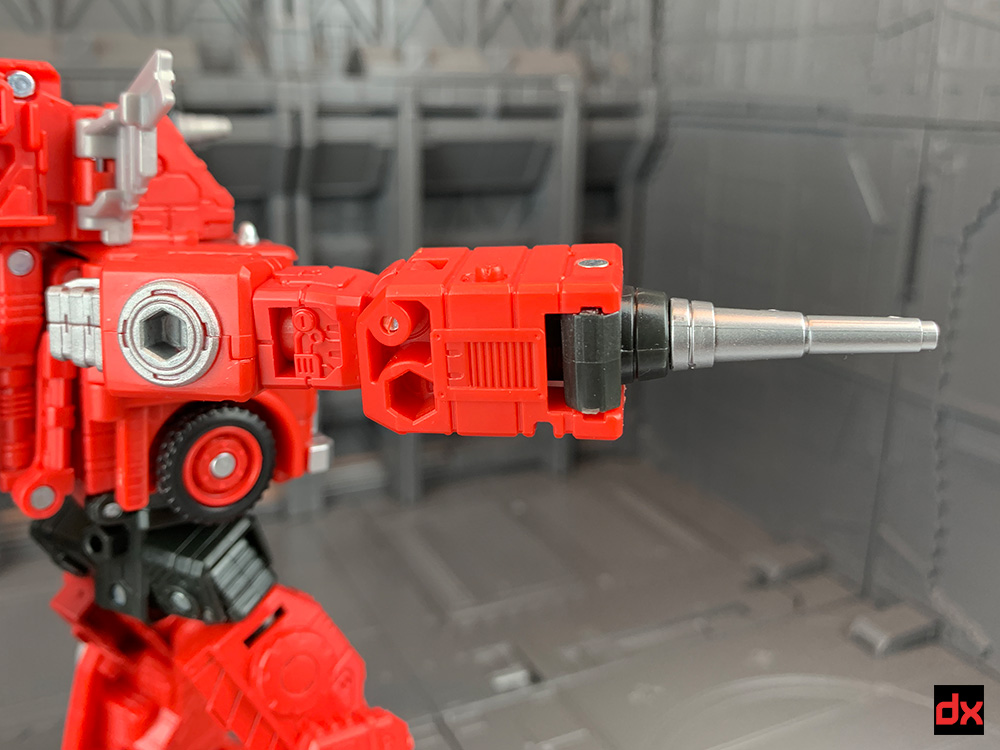 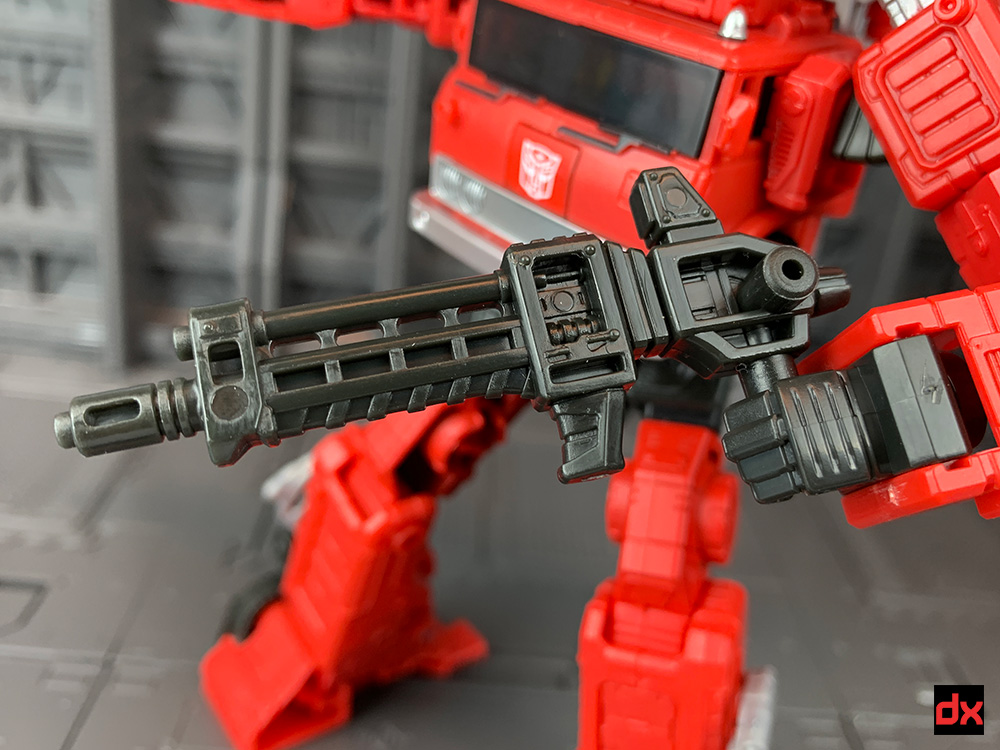 Transformation to truck mode is super easy, and instructions are really not needed. He transforms just like you would expect him to. 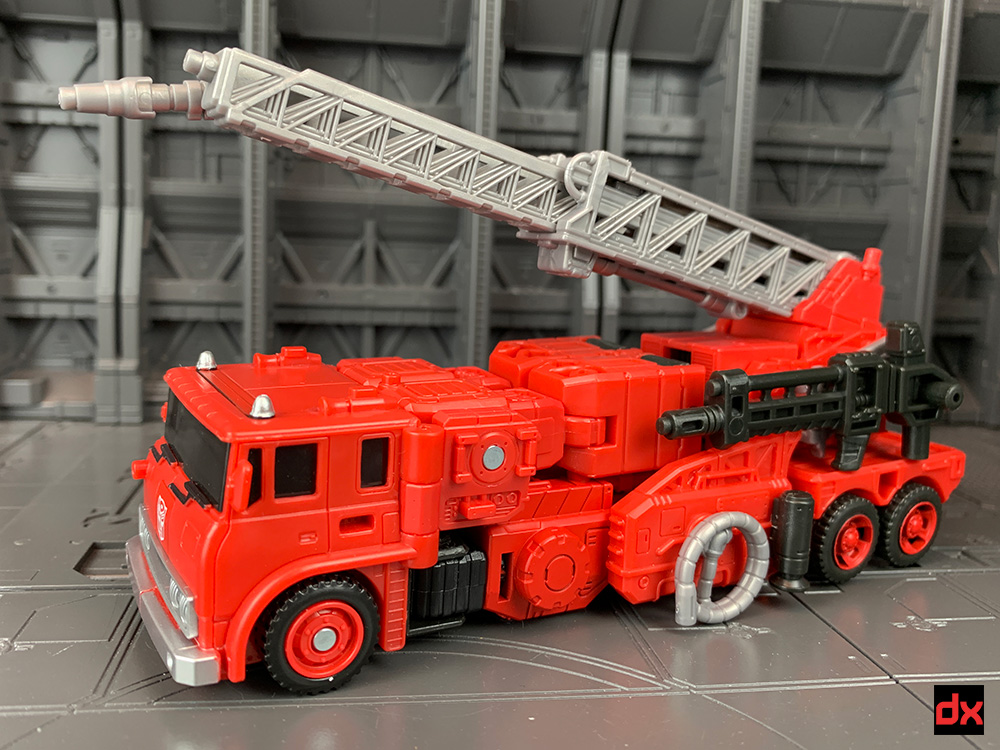 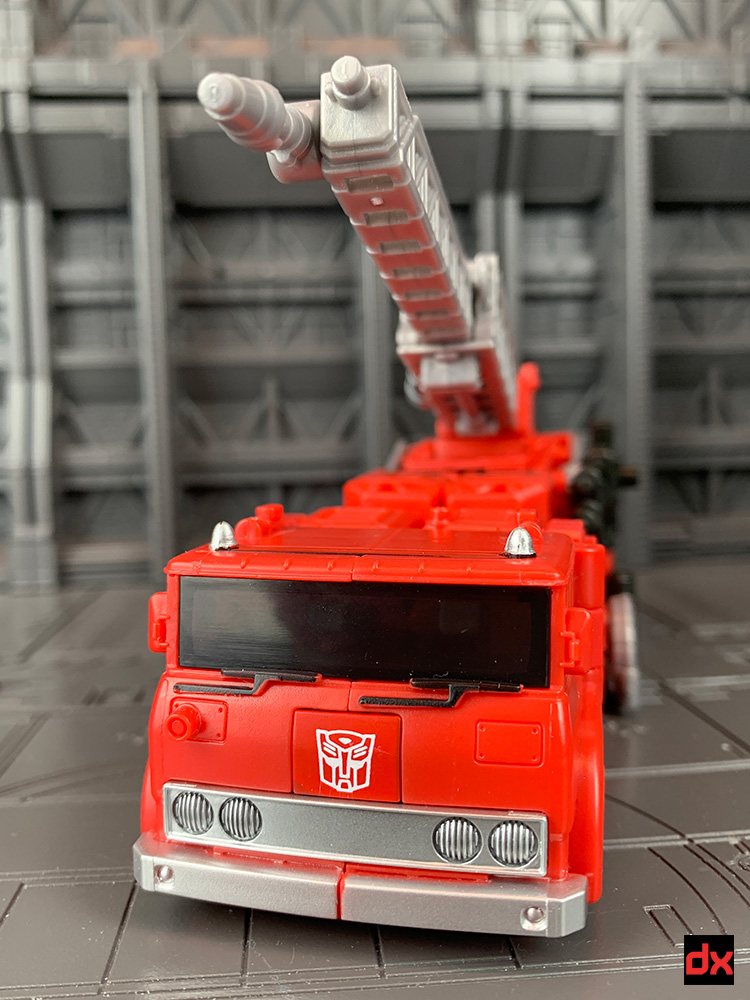 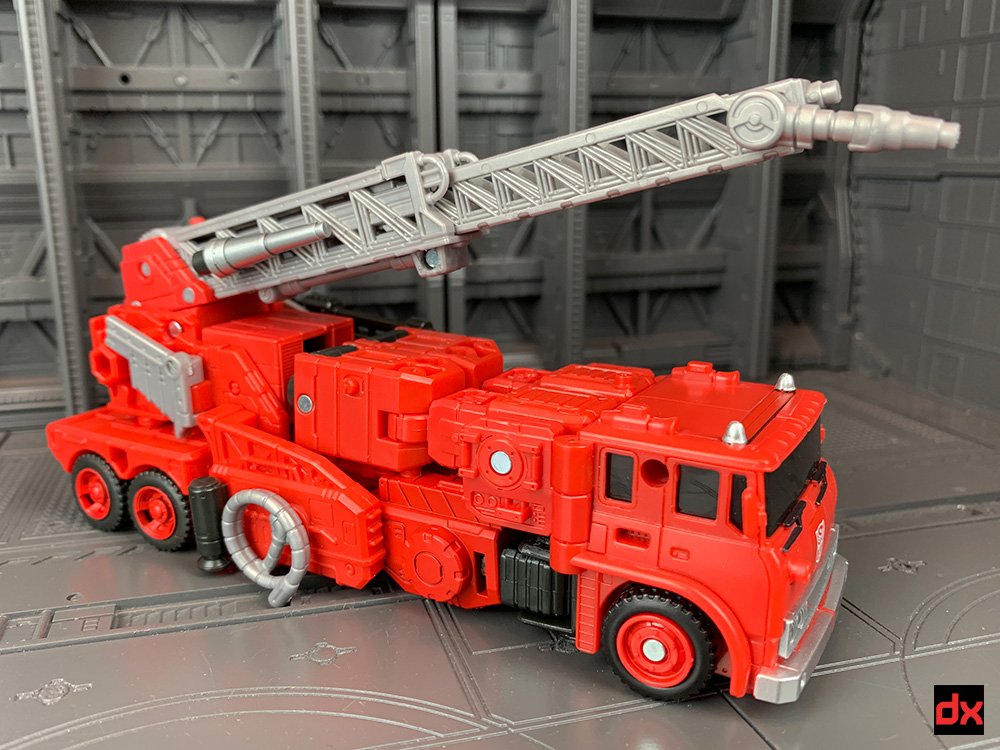 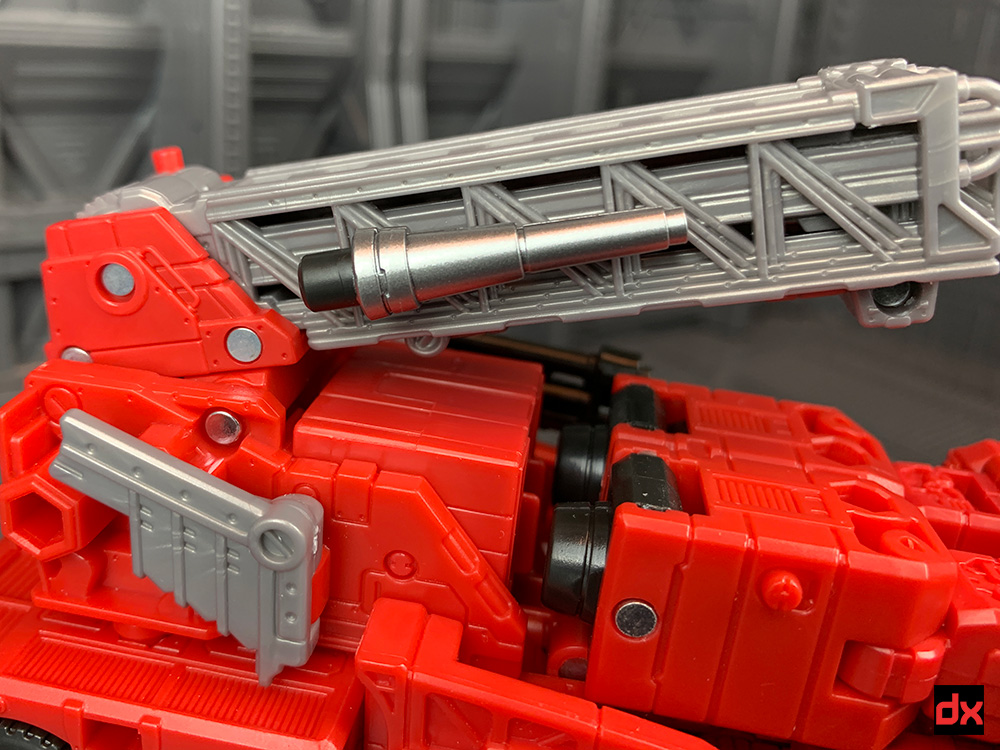 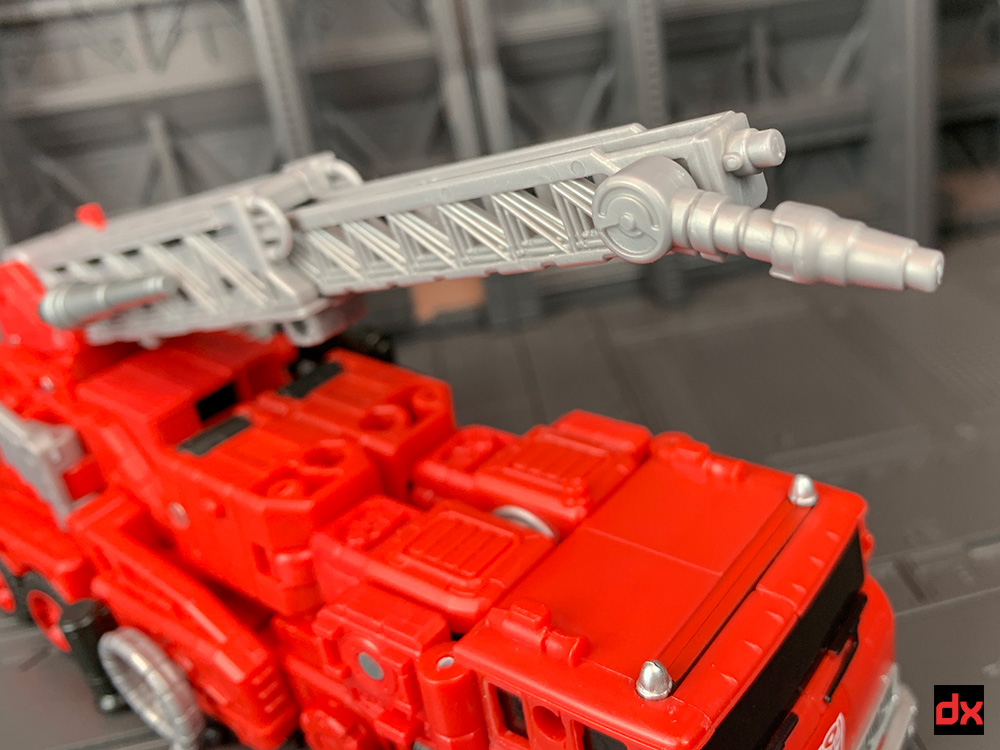 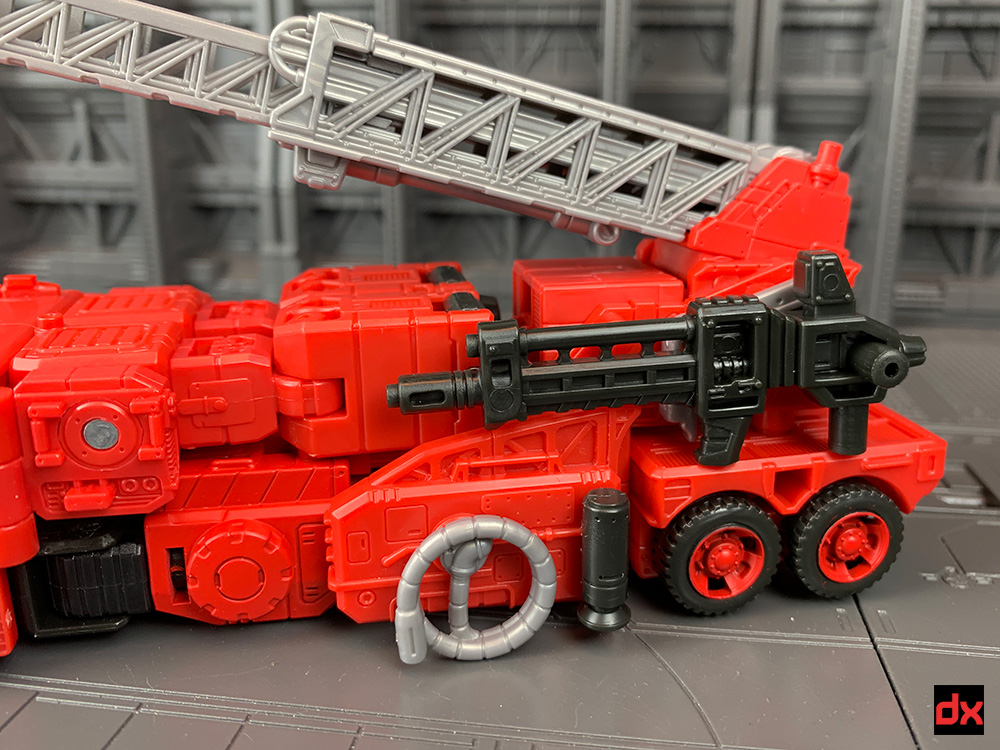