Hot Rod looks dinky in his box, and feels like its in an entirely different class than Perceptor of the same line. This one feels like a Masterpiece-level Transformer with an incredible complex transformation. He does look tiny in the box though. 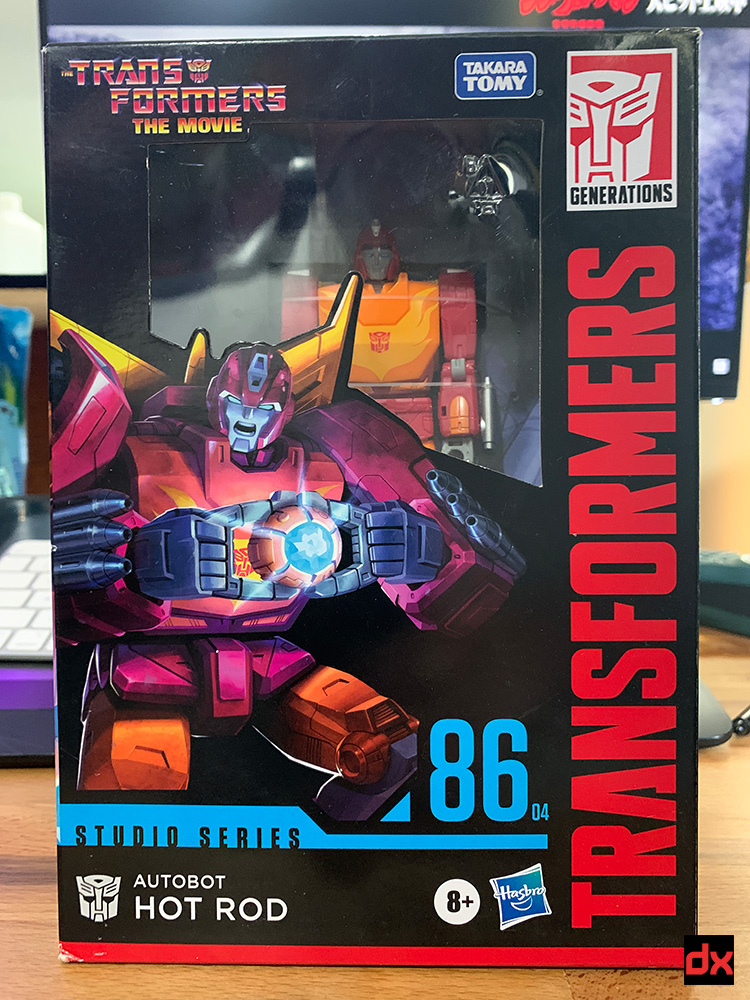 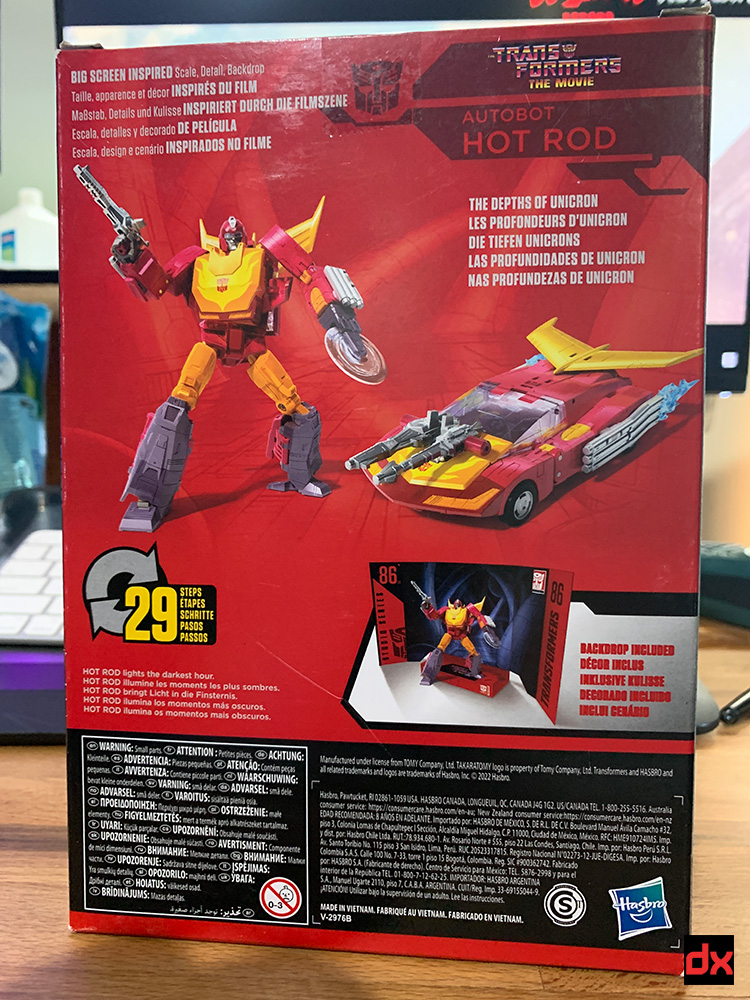 Hot Rod is deceptively simple looking, and very streamlined in robot mode. He's got good articulation with the only issue being that the arms sort of pop into either a very straight down or out 45 degrees out. Other than that they have a full range of motion. 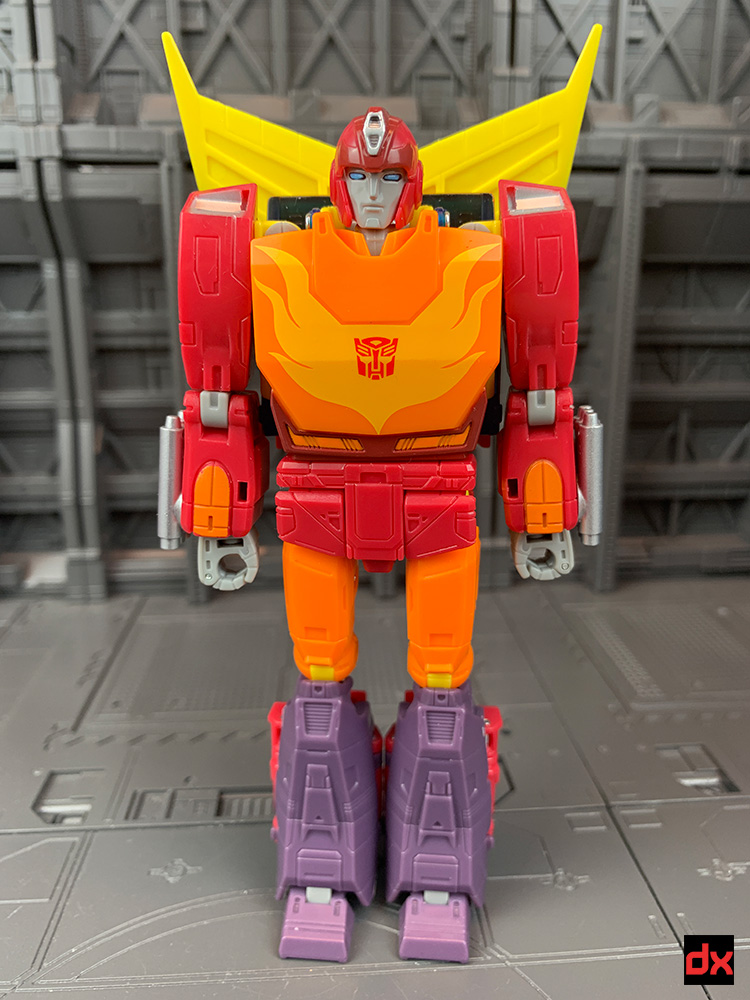 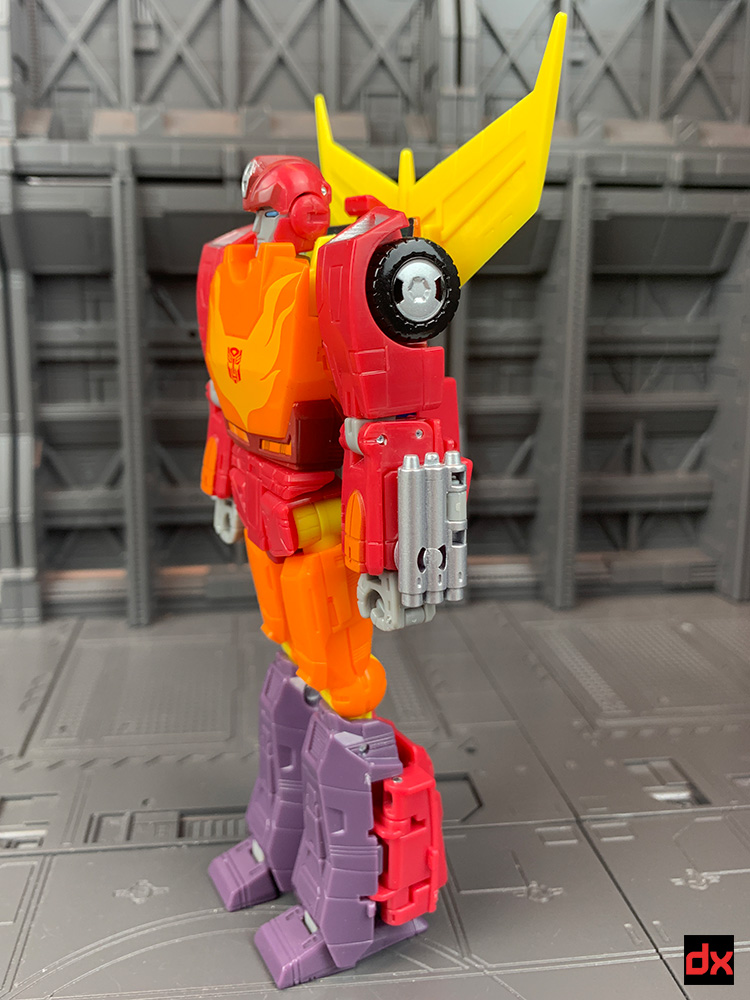 The wings on the back are huge and epic. 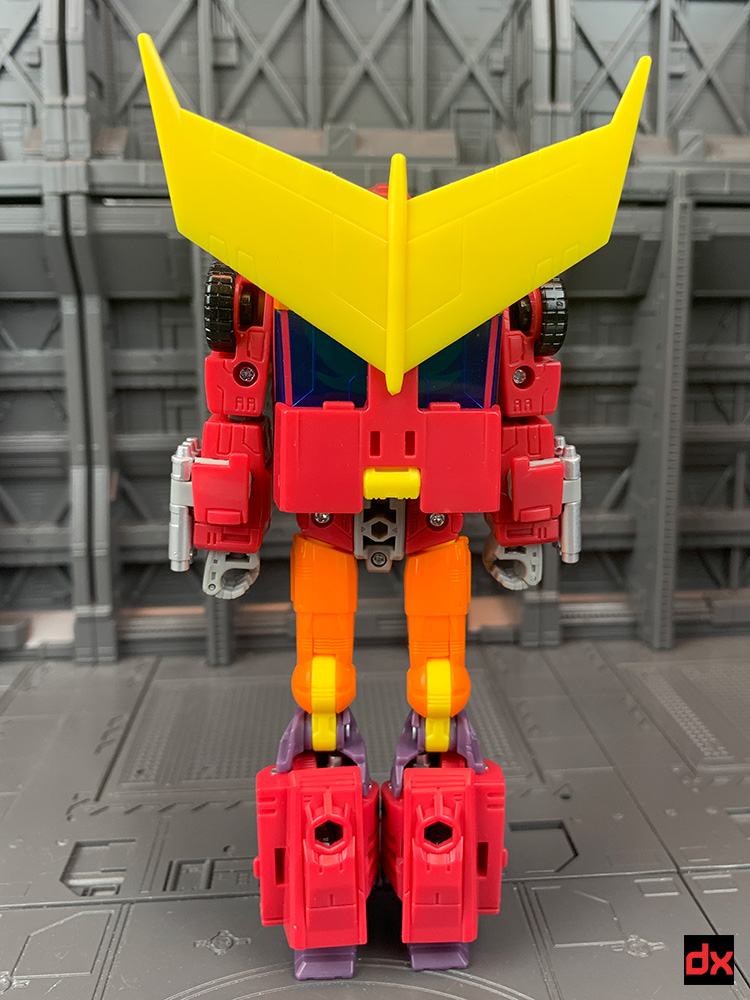 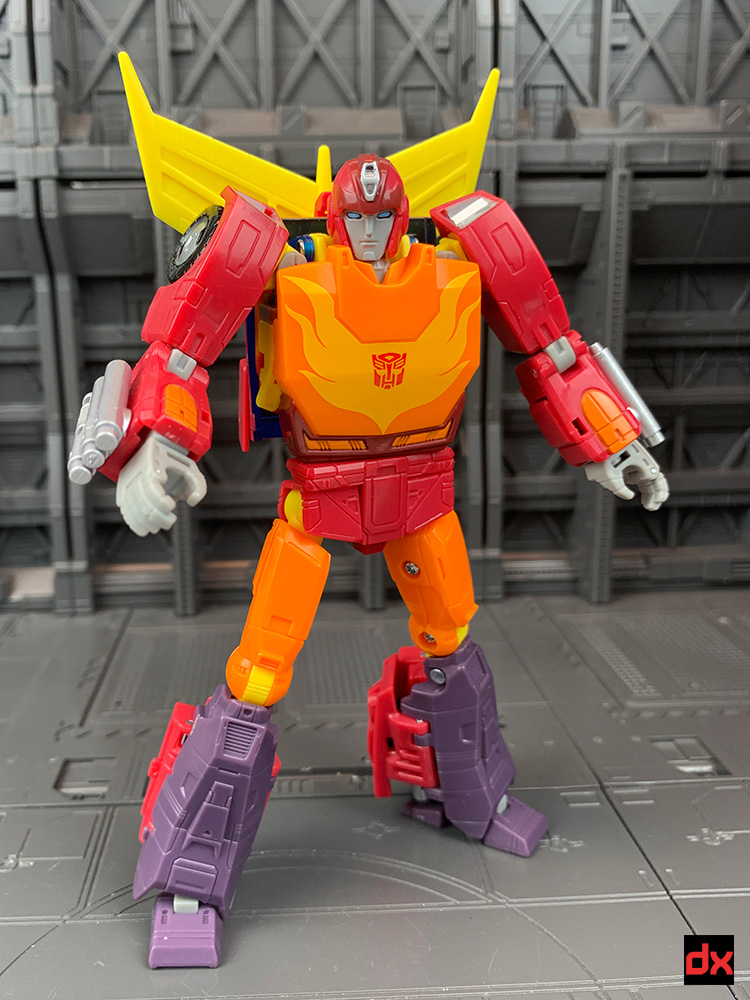 Look at that range of motion. 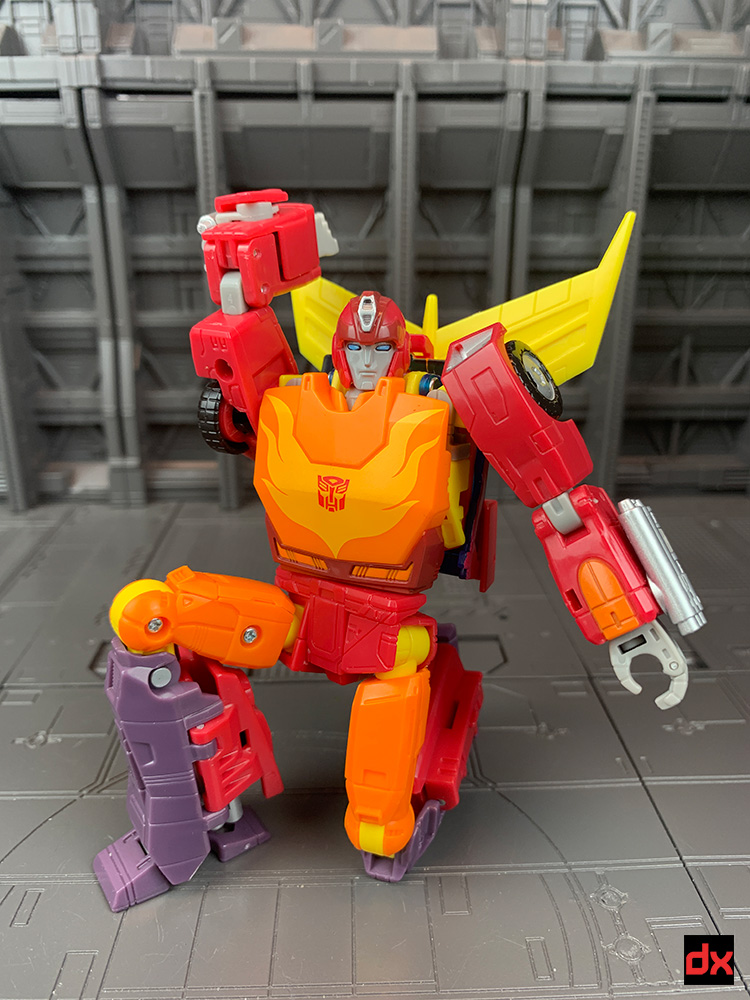 Hot Rod has a visor that can be added by lifting the top of the head and flipping it out. 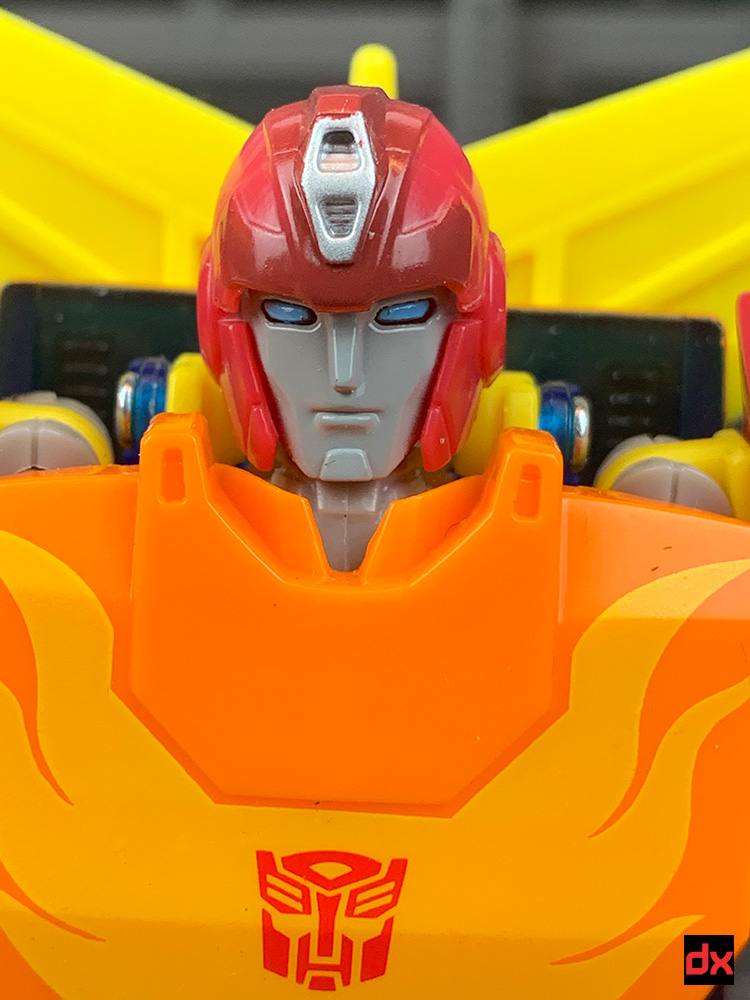 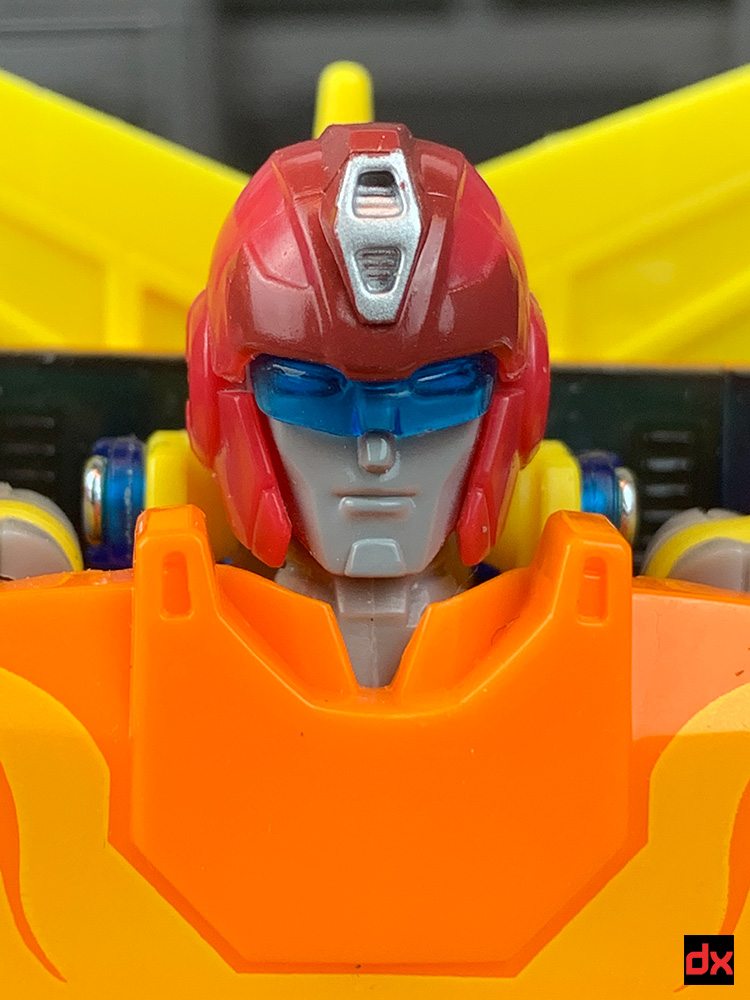 Two guns are included. Each gun is different, and can be held in the hands (which have articulated finger sections) 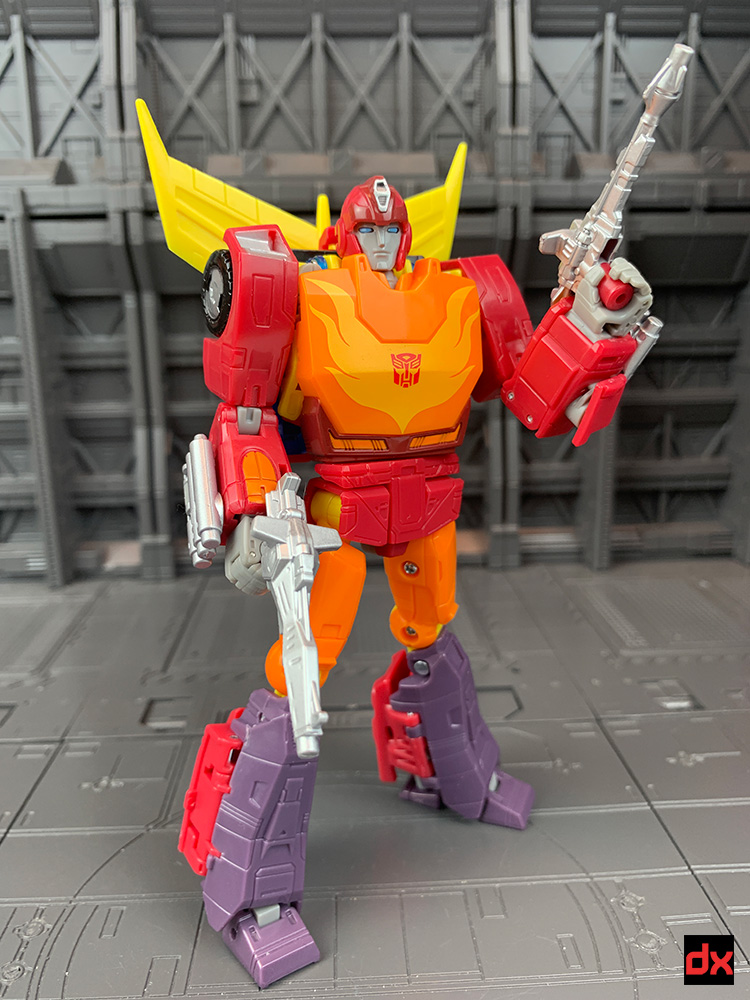 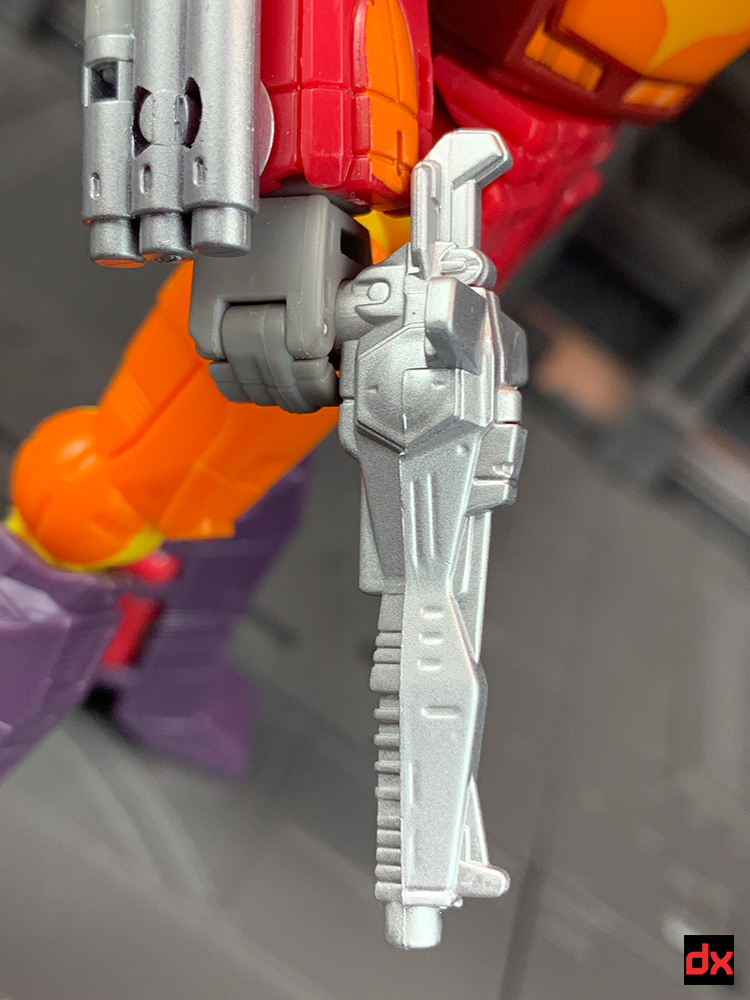 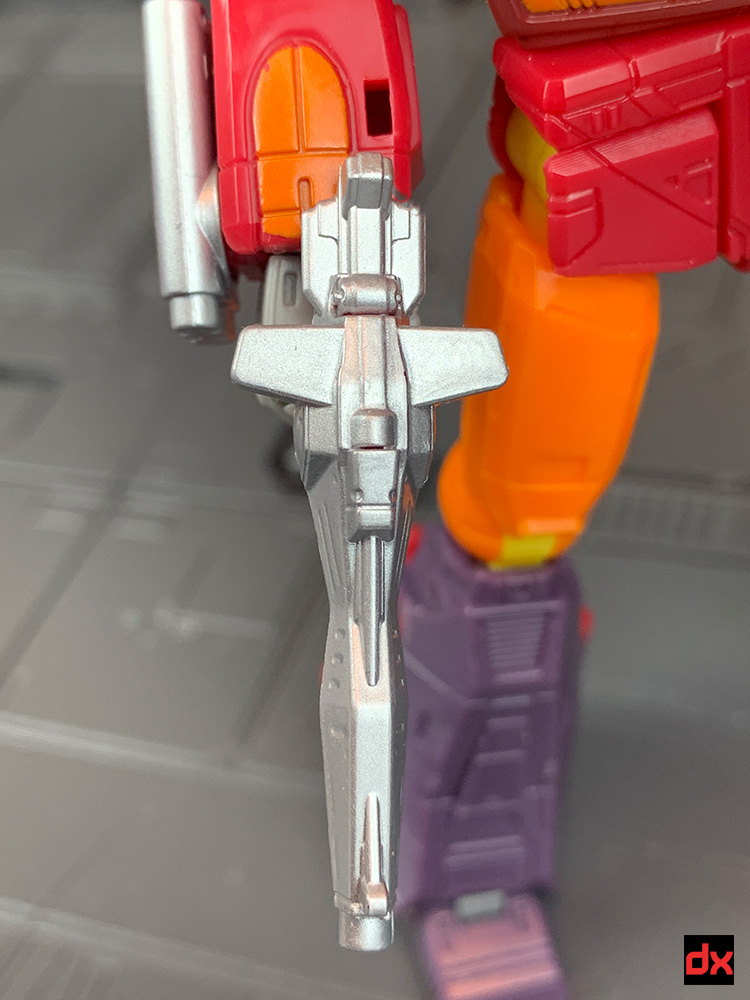 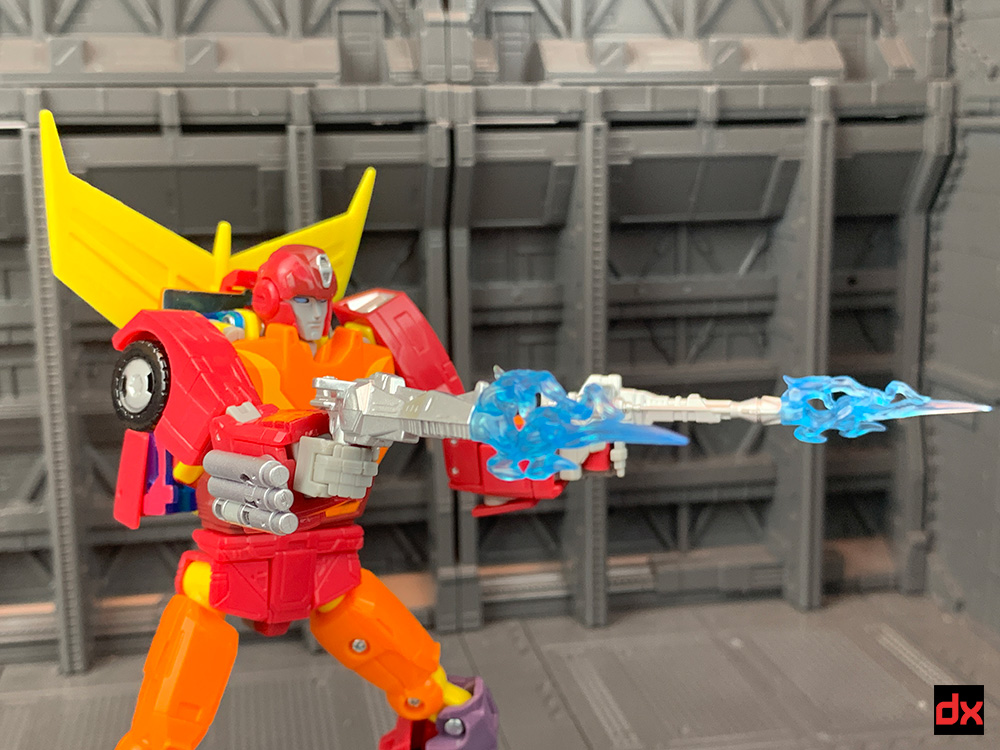 When not in use, the guns can be stored on his back. 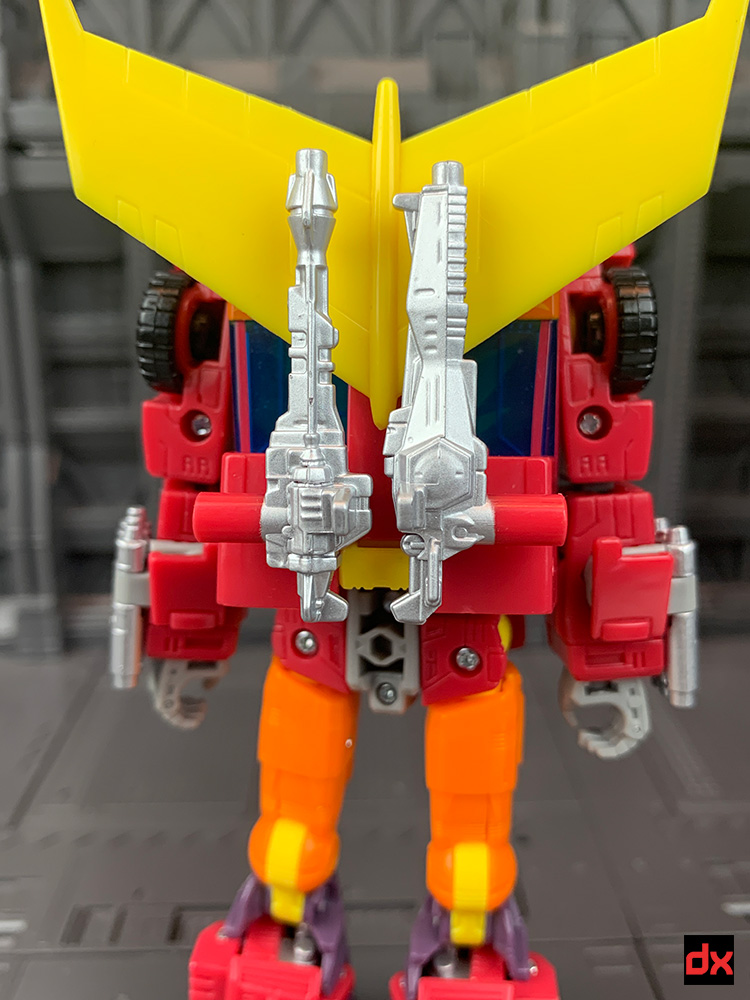 There's a clever feature in the hands that allow you to rotate them back into the arm to reveal alternate parts. On the right hand you get a nozzle, on the left you get a peg that connects to the buzzsaw hand. 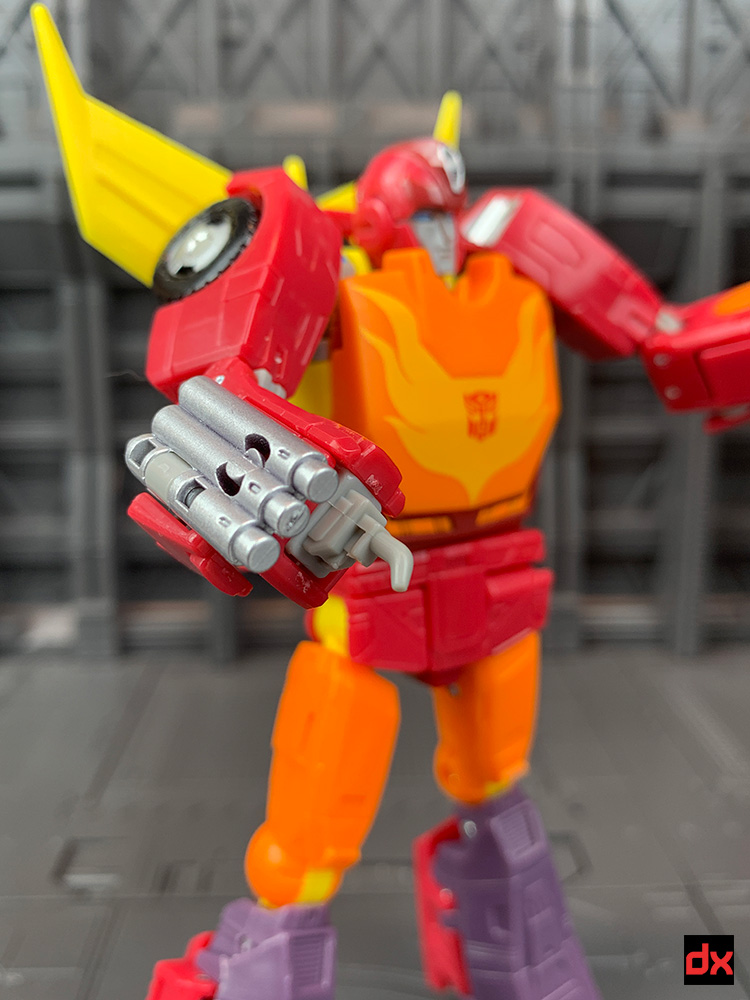 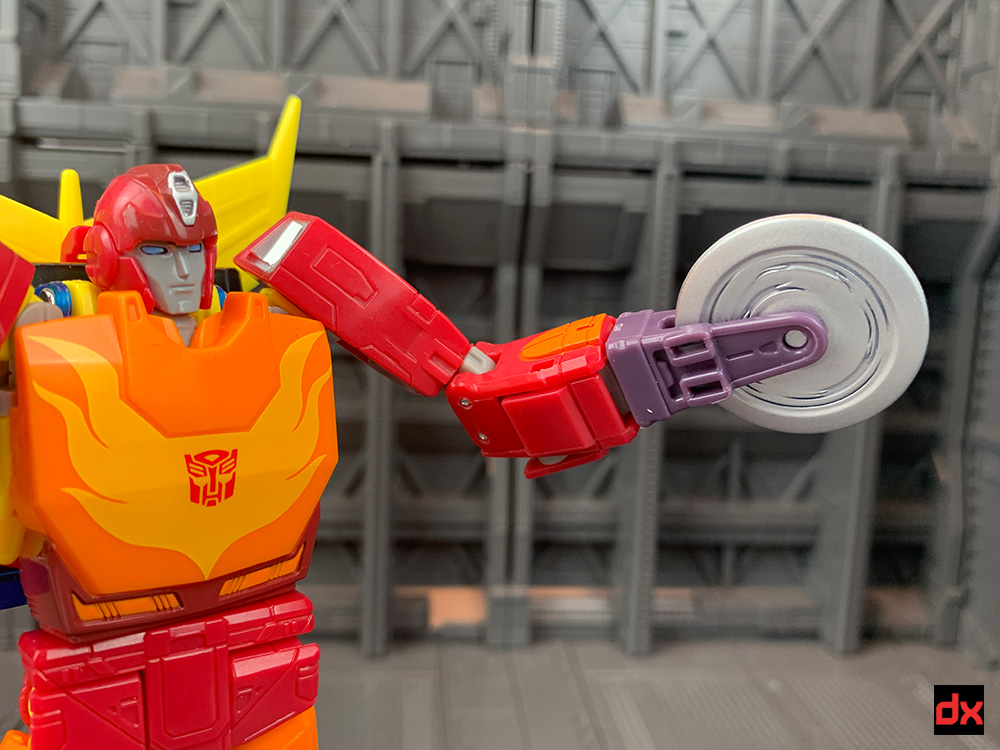 The saw assembly can also be stored on the back in a piece of clever engineering. 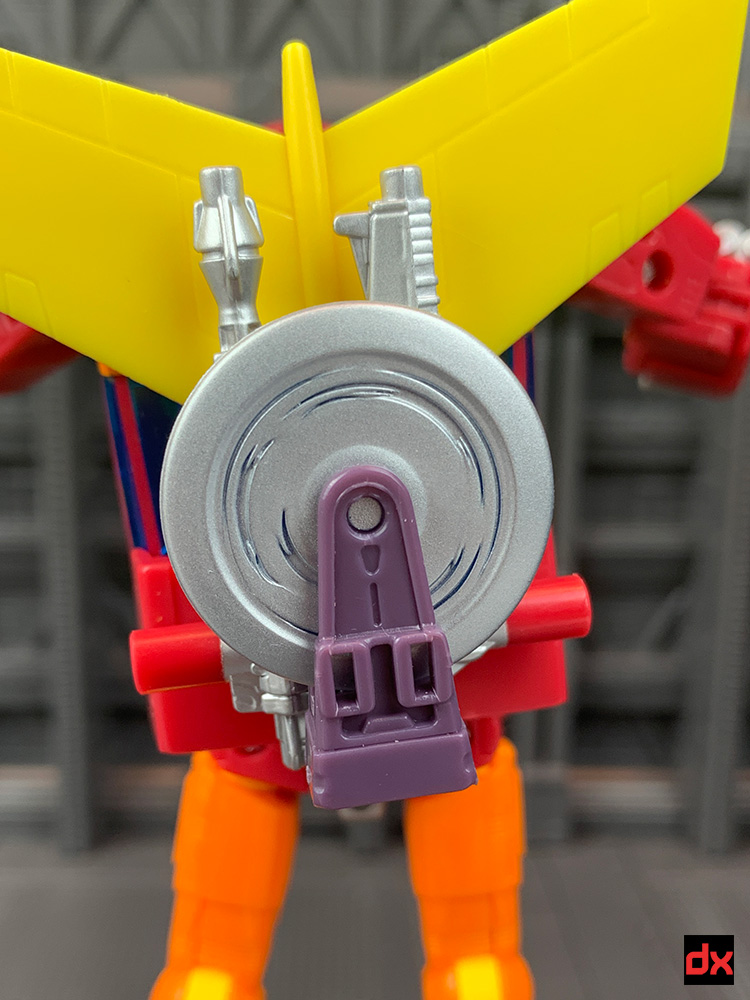 Also included is a Matrix of Leadership that Hot Rod can hold with two hands. There is an energy effect that can be clipped on it as well. Sorry that Hot Rod has the Matrix upside-down. He's learning what it means to be a leader. 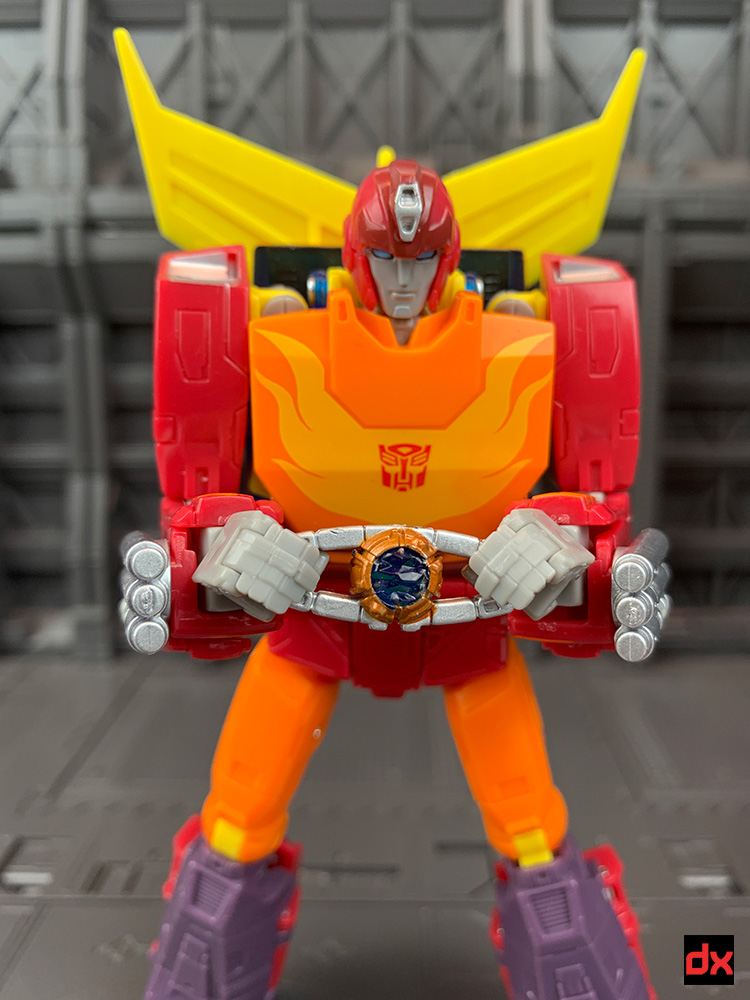 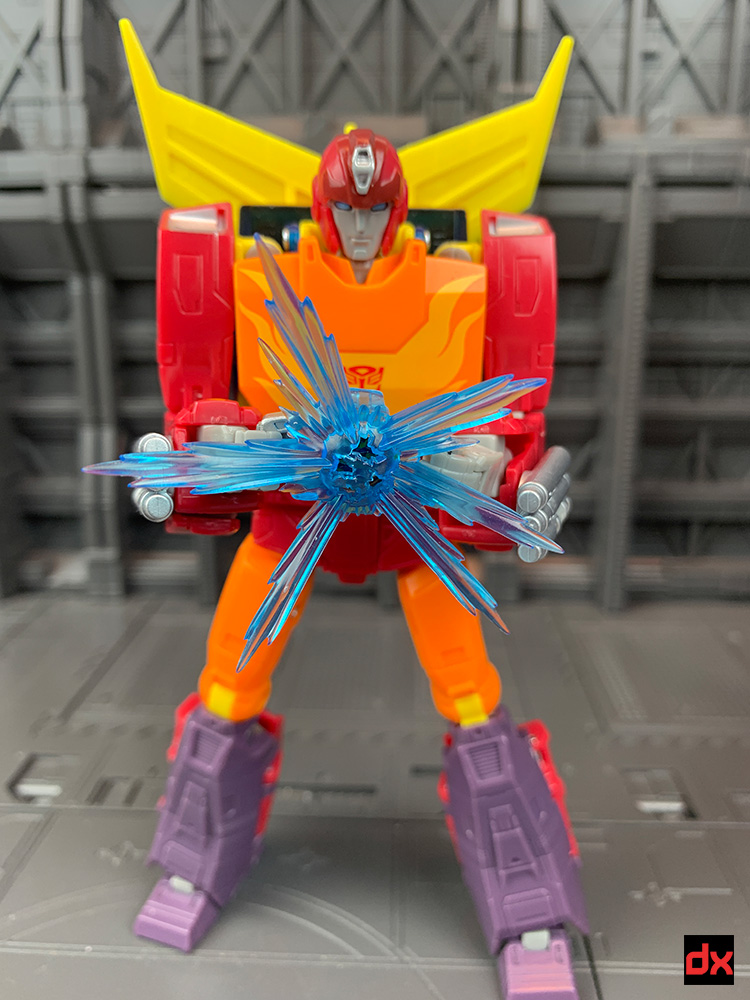 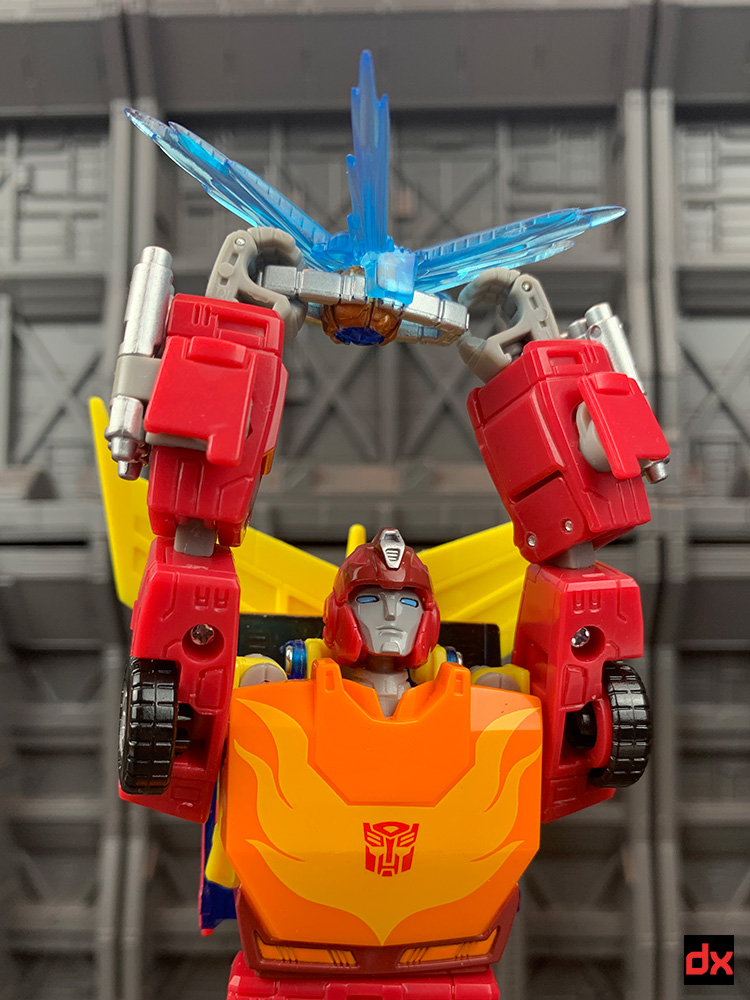 Sadly, theres no place to store the Matrix on (or in) the figure.

Transformation is fun, but hard. There are so many intricate steps it feels like robot origami. The final result seems impossible, but it works and it looks great. 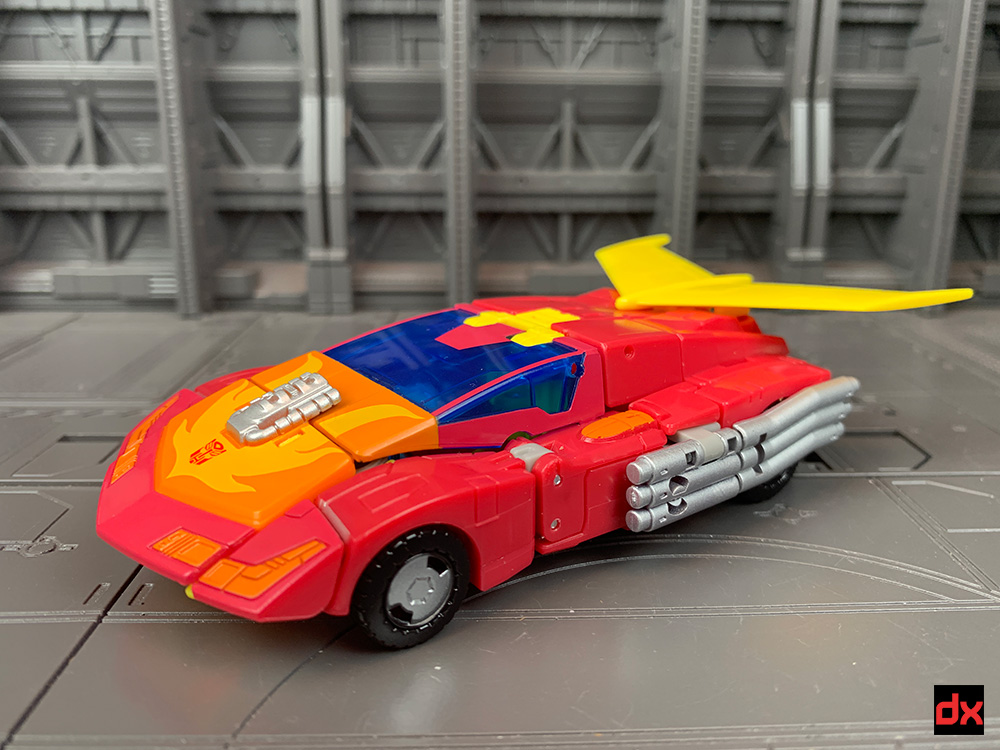 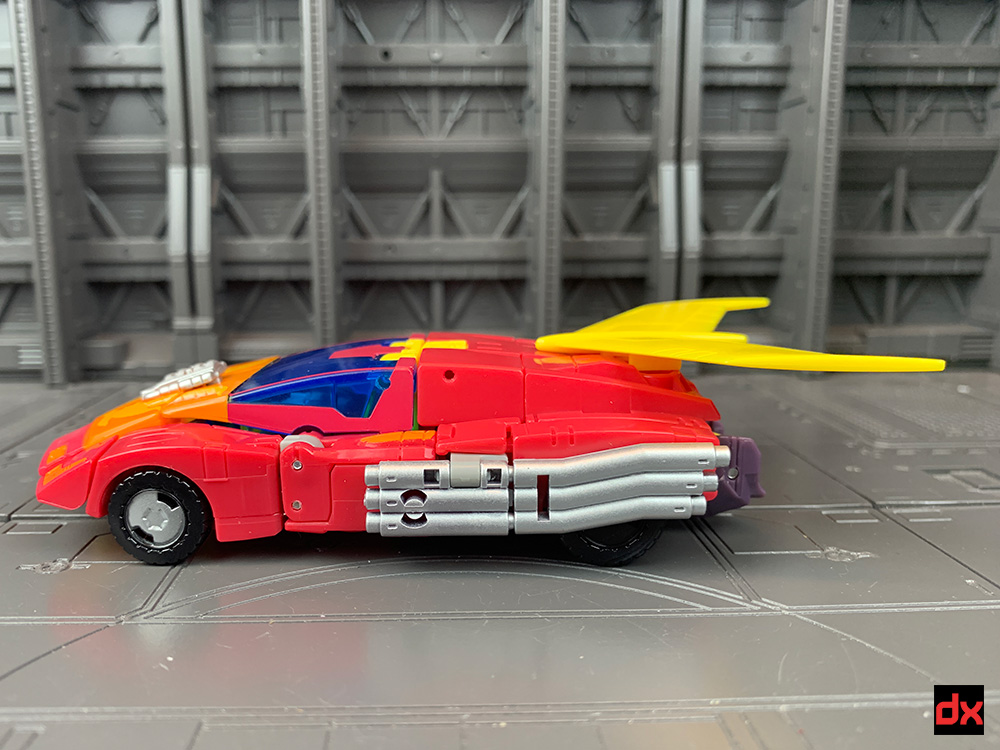 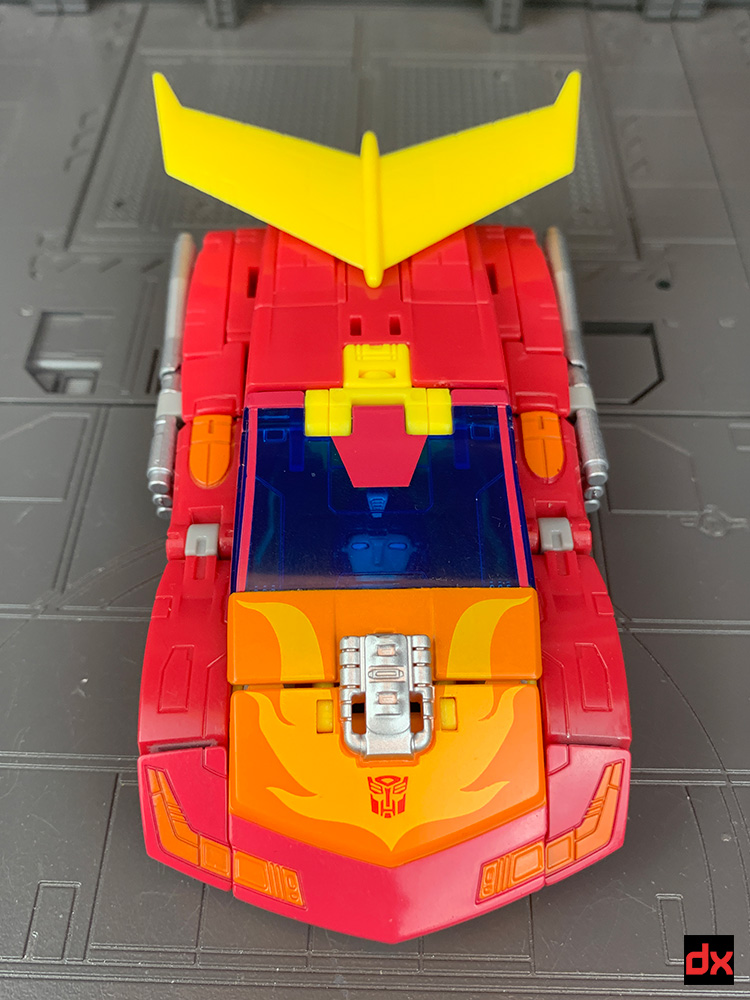 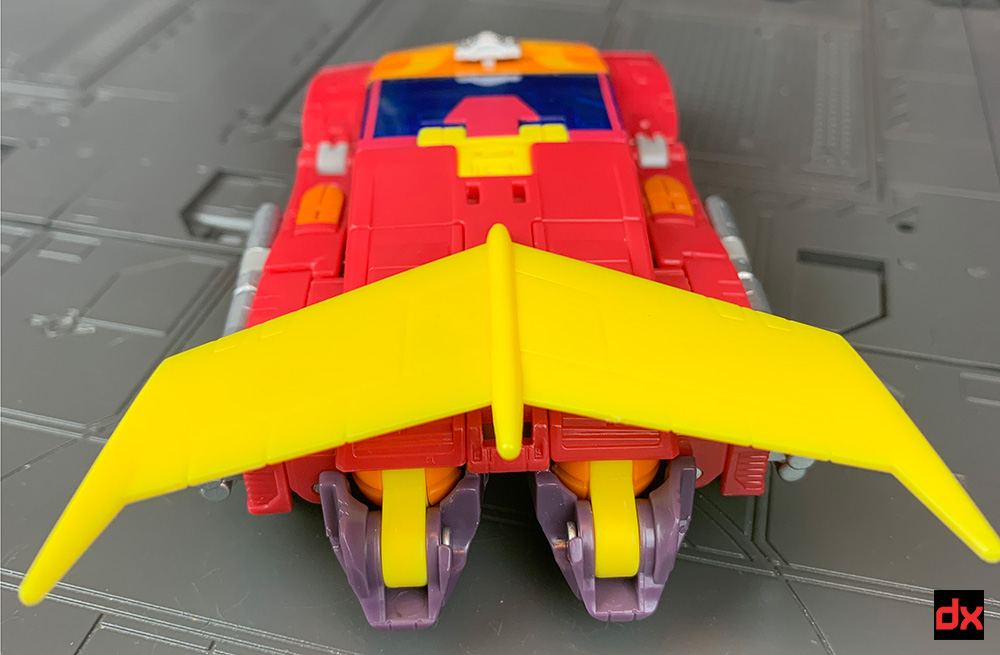 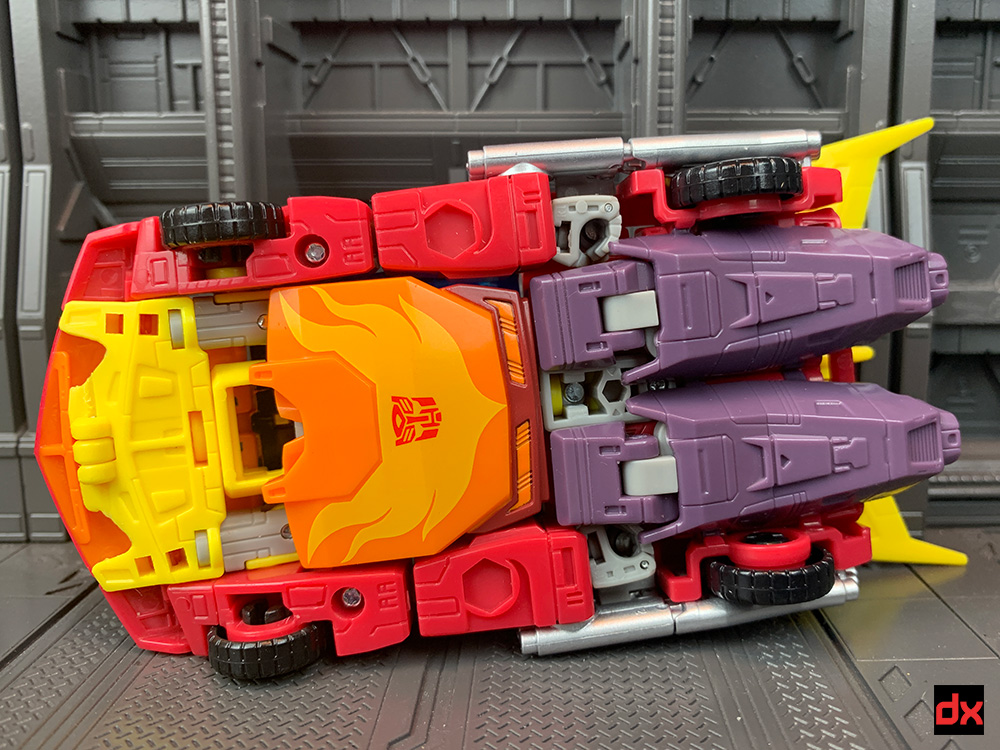 Those laser blast effect parts can be used as jet engine effects! 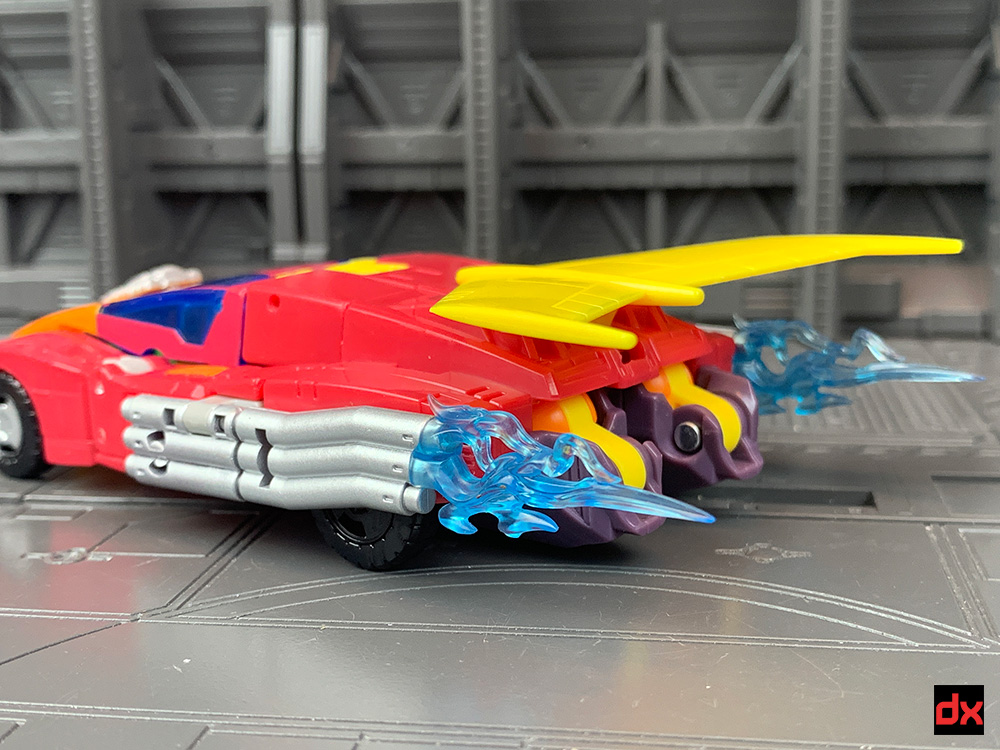 The guns can be mounted to the roof, and the effects parts can be used there as well. 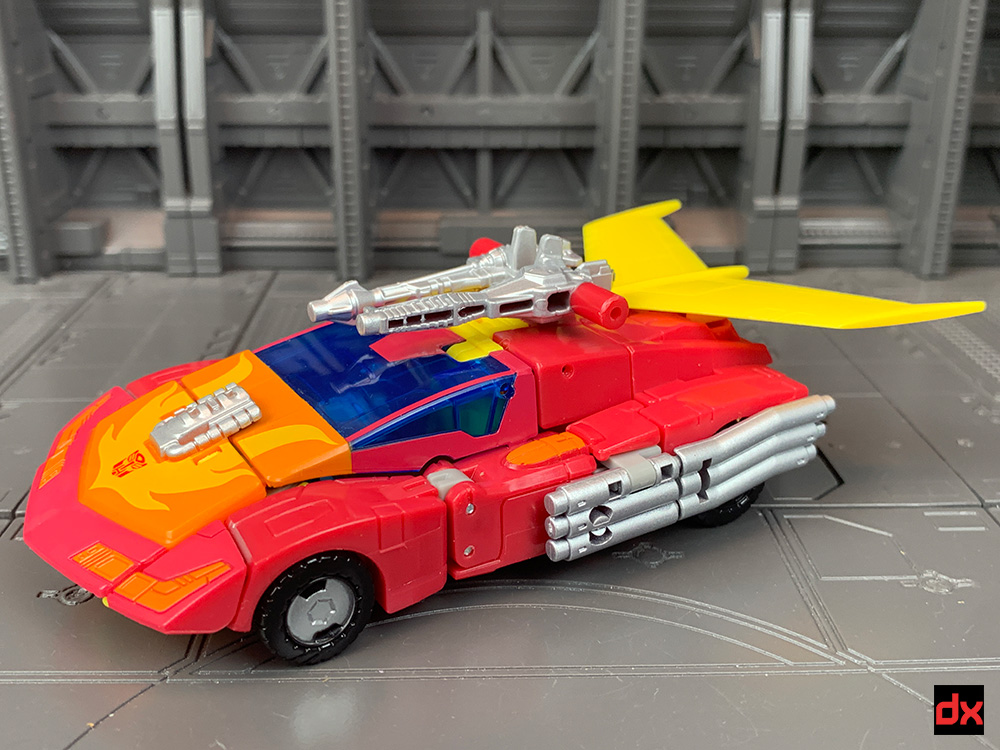 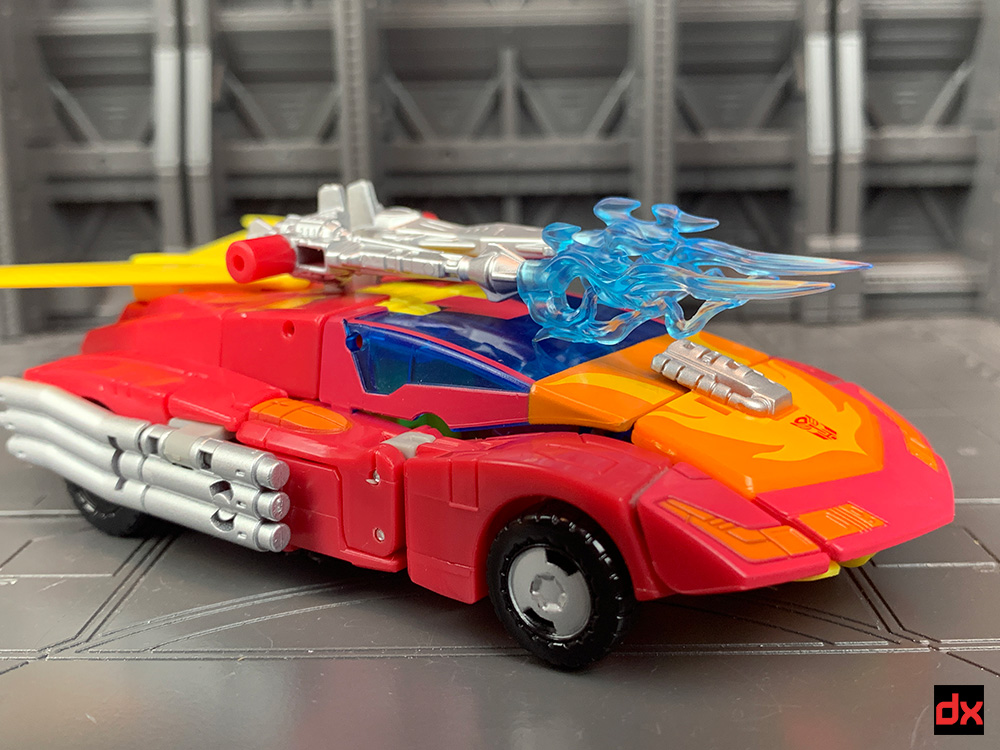 Lastly, the saw blade attachment can be stored on top as well.