The Guavian Enforcer is part of a gang that tries to intimidate Han Solo in The Force Awakens. But I like to think of him as a guy that comes to your house and makes you eat fruit in the morning.

I really liked the design of this character but found it under-utilized in TFA. There were a squad of enforcers, but you never really got to see them do anything. Such is the case with so many characters in Star Wars. 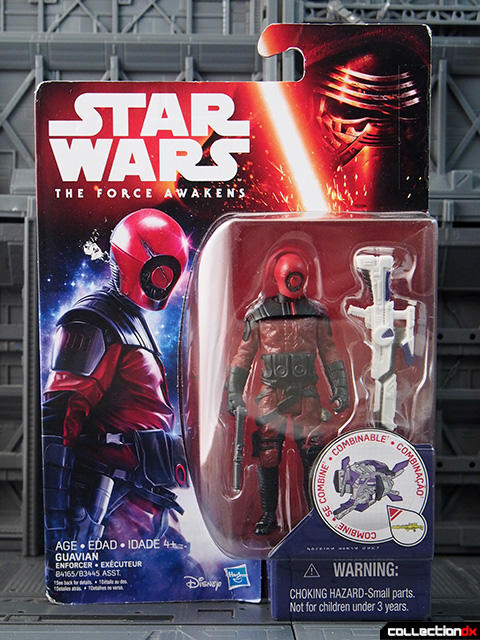 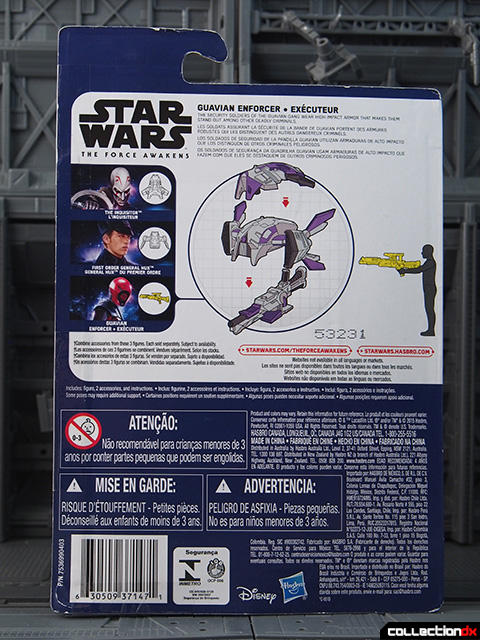 The figure itself is a fine figure, a nice throwback to the 5-POA era of Star Wars. It's got a nice neutral pose and simple articulation, which all these toys really need. 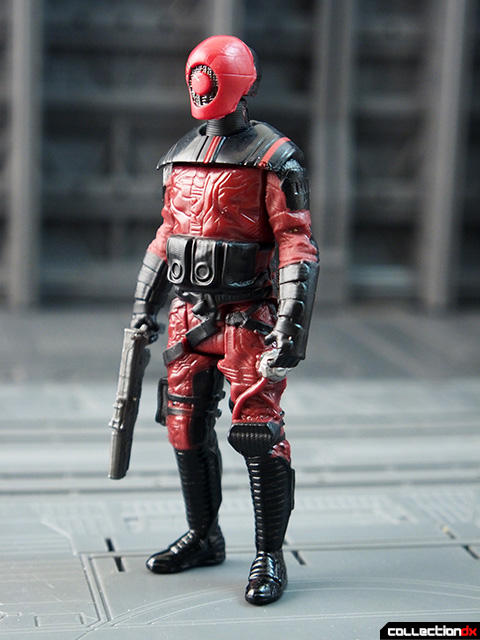 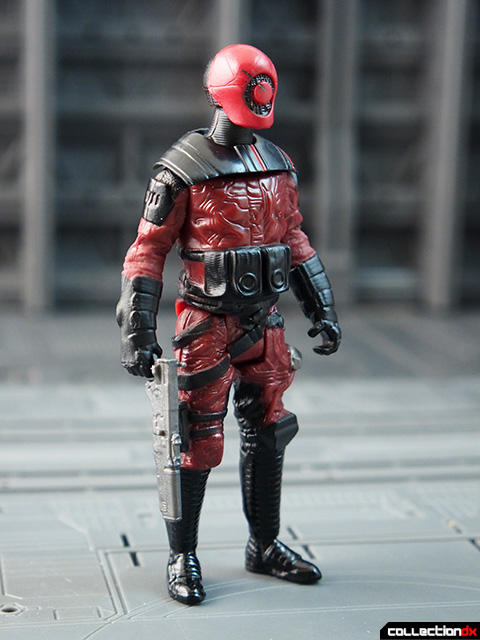 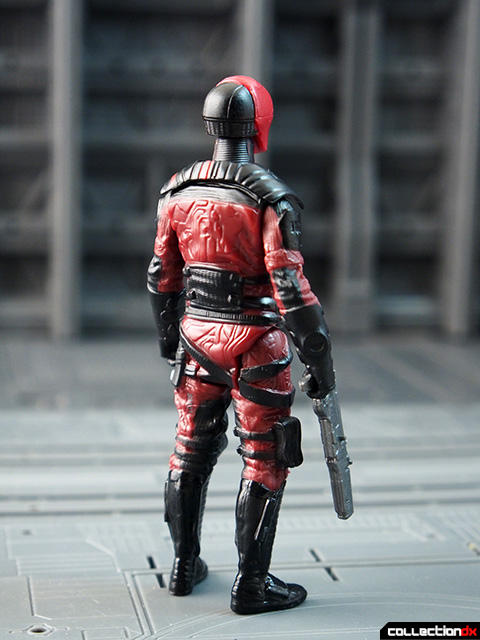 The Guavian Enforcer comes with a standard weapon, and a larger weapon that is part of the build-a-weapon gimmick. Fortunately this is one of the few weapons that looks good as both a stand alone weapon and part of a larger unit. 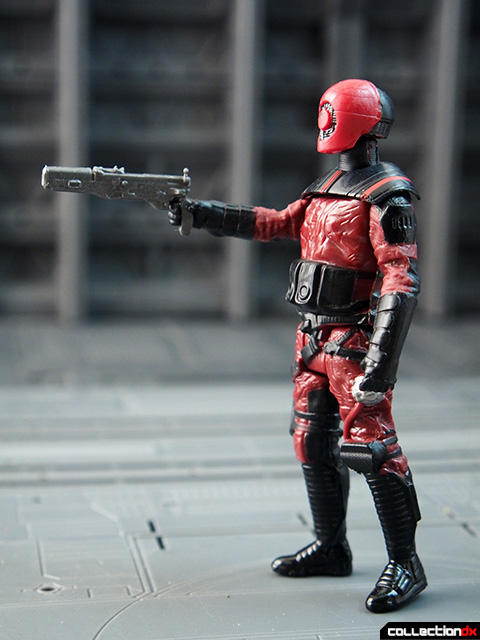 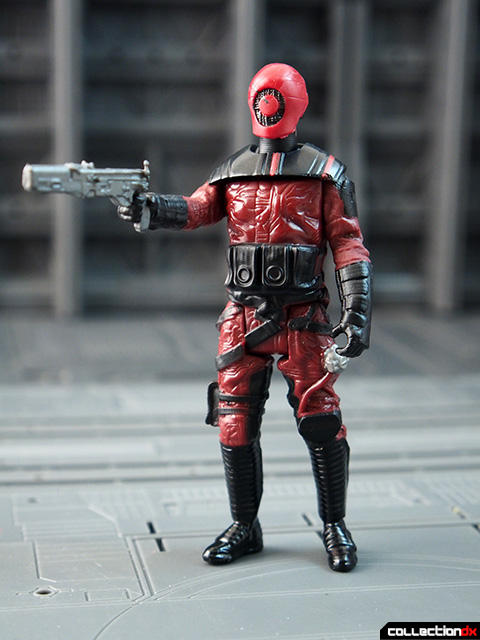 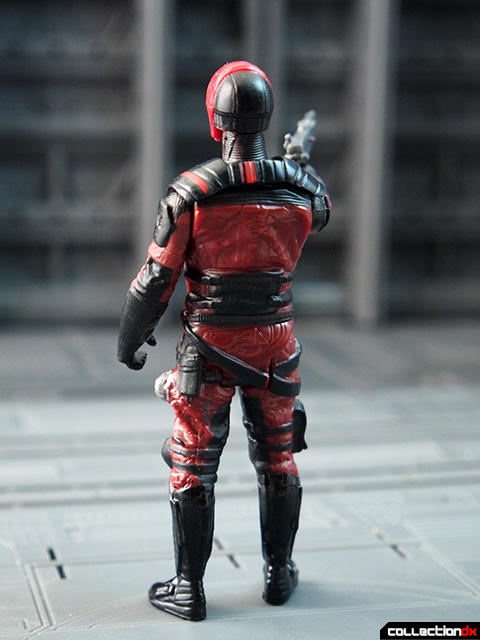 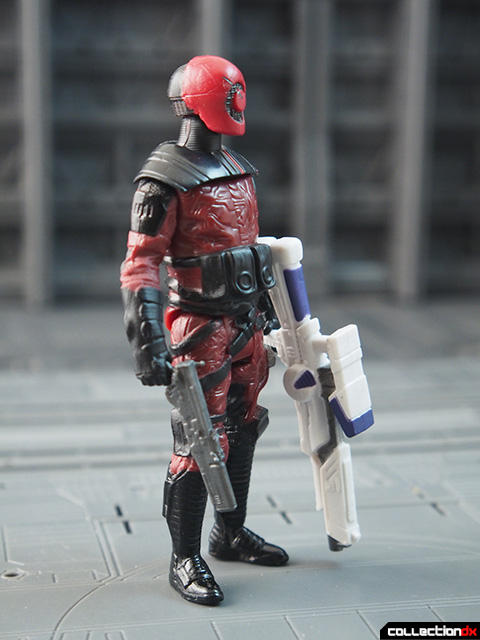 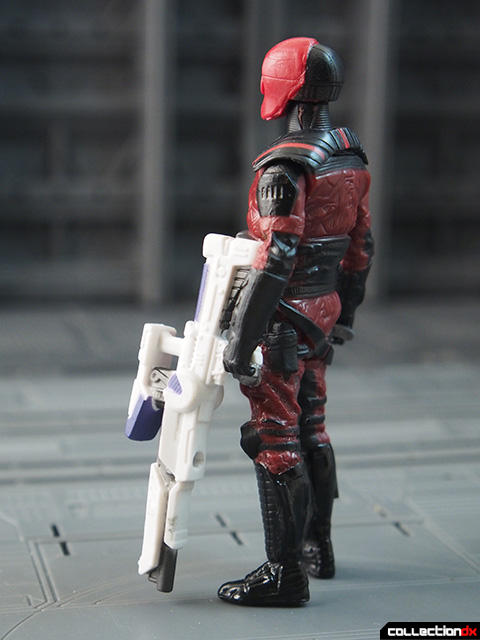 1 comment posted
A neat design with one potential flaw

Those masks are literally targets for any snipers they're up against.