The Drio is one of two mechs released from Capcom's Lost Planet video game, which I have never played. But I liked the look of these mechs so I wanted to check them out. What they do in the game, or in what context, I have no idea.

The packaging is non-collector friendly clamshell, and I don't like it. Once you open it, that's it. The package is destroyed. The graphics are fine and the presentation is good, but it would have been nice to have packaging that can be re-sealed (such as a box). 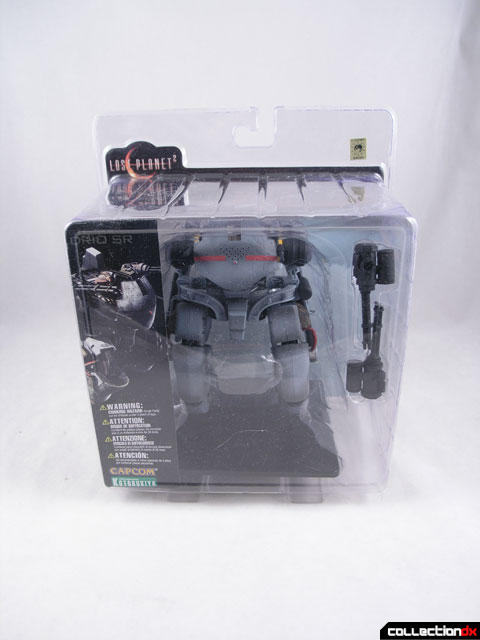 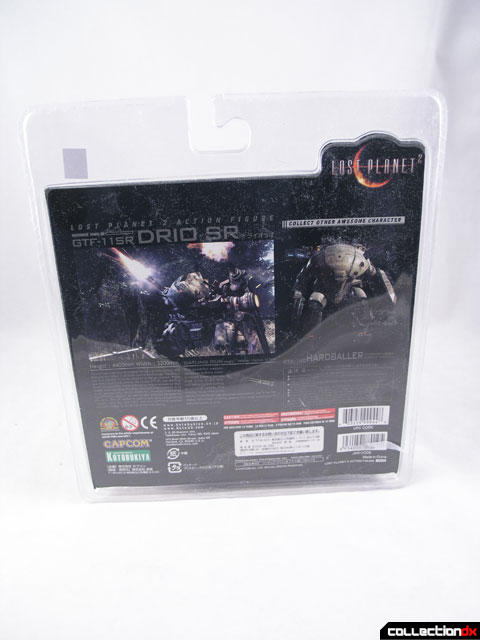 The GTF-11SR Drio SR is more of a walking platform than a proper mech. It has a real-robot meets cyberpunk vibe that I really dig. The machine looks practical, with hoses, pouches, and fine details throughout. The sculpt is overall great. 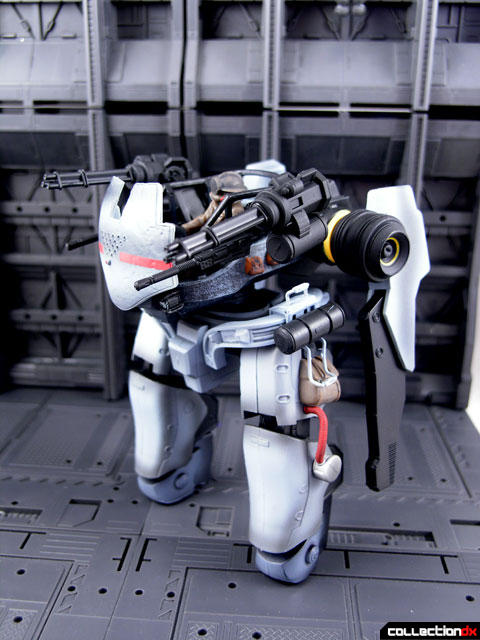 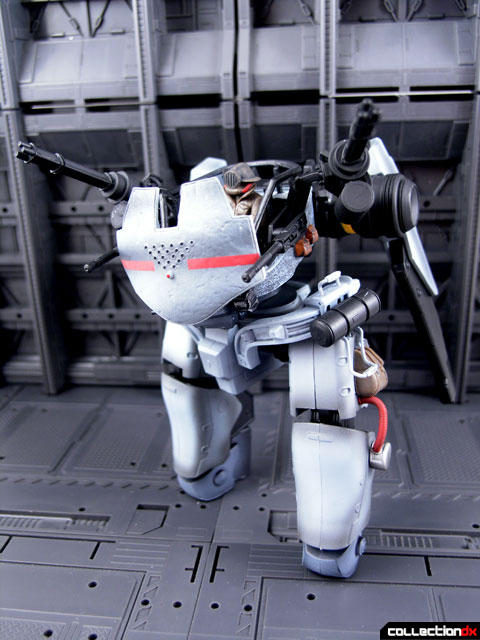 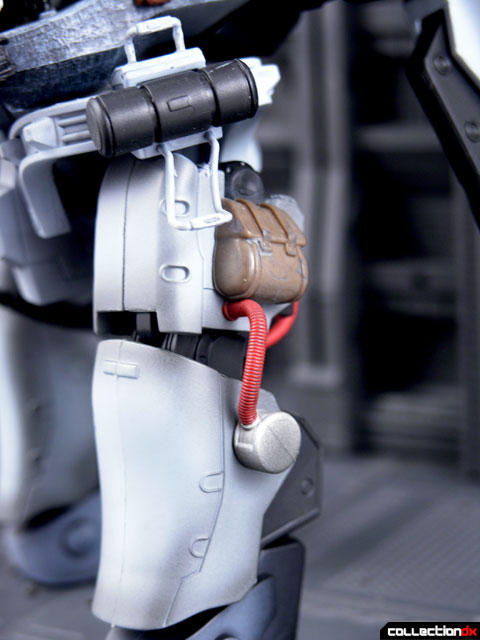 However, this is more of a display model than an actual toy. While it's got articulation in the right places, many of the joints cannot support the weight of the figure without the stand. And the stand isn't that great.

Starting from the top, you have an open cockpit with a removable driver who has a steampunk fireman look to him. If he looks a little off-center its because he is. He sits in the seat via a peg, and the whole thing doesn't line up right. He can't get both hands on the controls due to this. 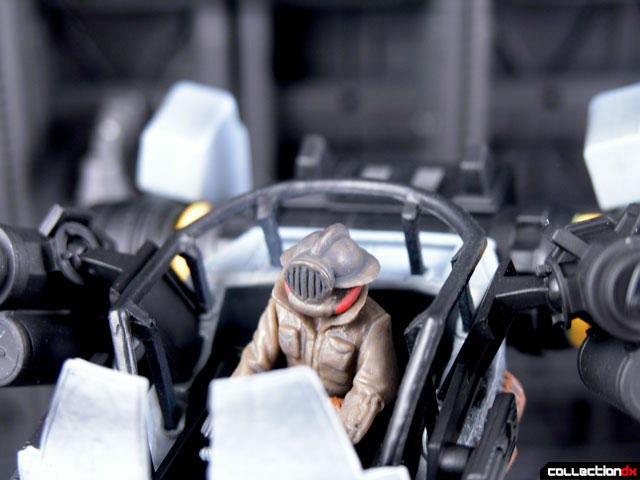 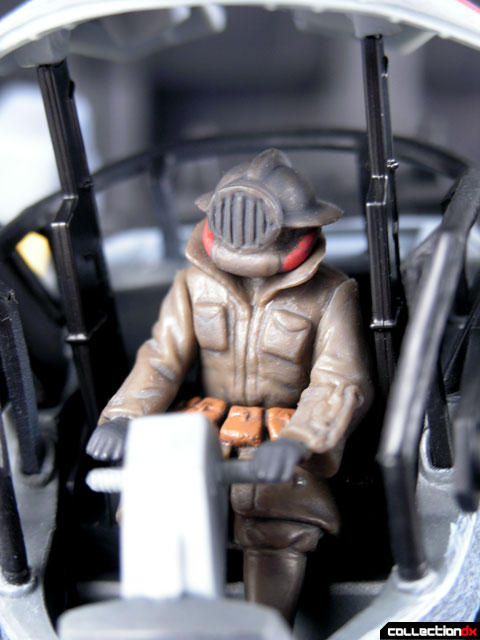 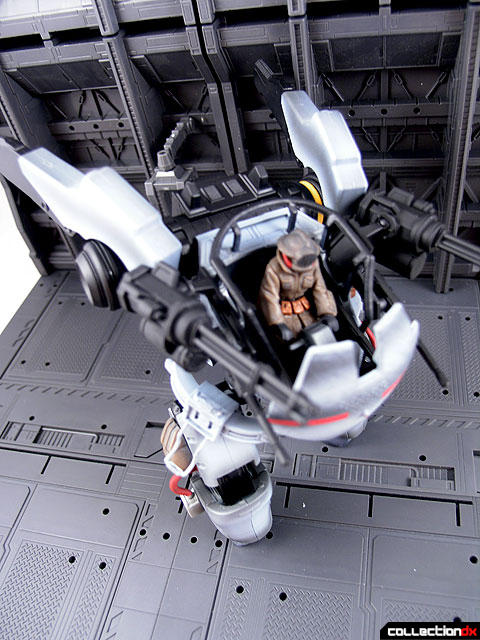 The railing is molded in hard plastic and is secure, but the same cannot be said for the gun placements on the sides. The gun mounts plug into the body very loosely, and I had to use some superglue to get them to stay in place. The large cannons are on ball joints, and the small cannons are on swivel joints. Even though they appear to be stuck in place, they do move. 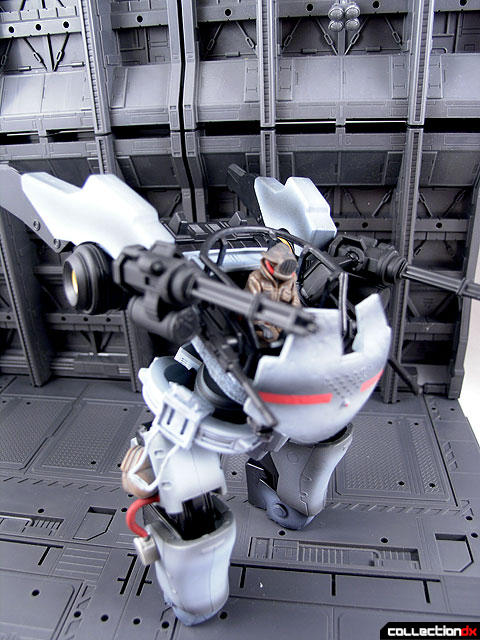 The front cover can be lifted up to provide a better view of the pilot. 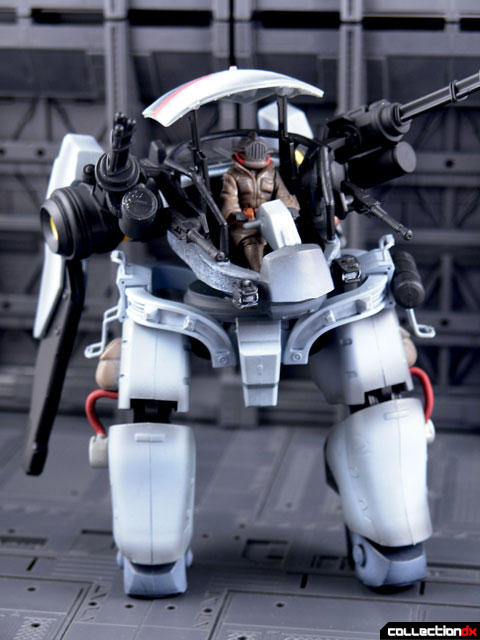 On the back there is a large engine assembly with two moveable engines. These too are stuck in place when first taking the toy out and you need to use some force to get them to move. BE CAREFUL, as the engines themselves are only attached by a small connection point. when turning the engines, grab only the circular black part. I fear that if you try to move the engines they will break off. 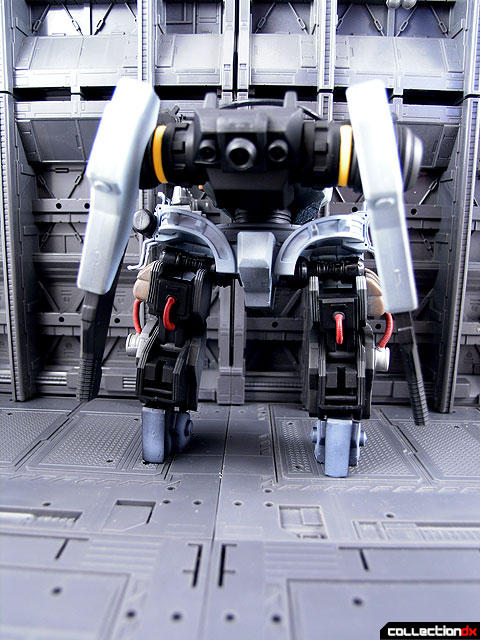 The entire upper assembly can rotate on a swivel joint.

The hips are ball and cup joints, and are VERY loose once you free them that first time. I used the old "nail polish on the joint" trick to try to firm them up - the second application of some kind of glue for this toy for those of you keeping track. 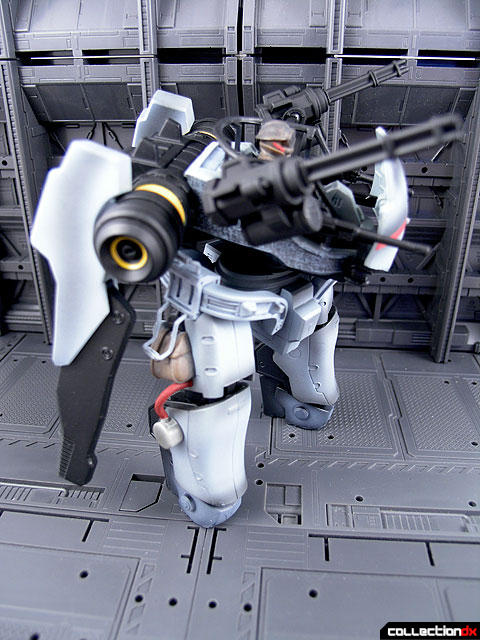 The knees are great, with big, firm detented joints. There are nice cutouts in the lower legs to accommodate leg motion.

The feet move on ball joints, but I wasn't sure until I took a leap of faith and tried to unstick the joints. They freed up just fine, but it was nerve-racking.

Finally, the stand is just a big square of plastic with a peg on it. Only one foot is pegged, so display options are limited.

So far I know that I have bitched about some of this figure's flaws, but I do still like it due to the design. The paint and sculpted detail are phenomenal. 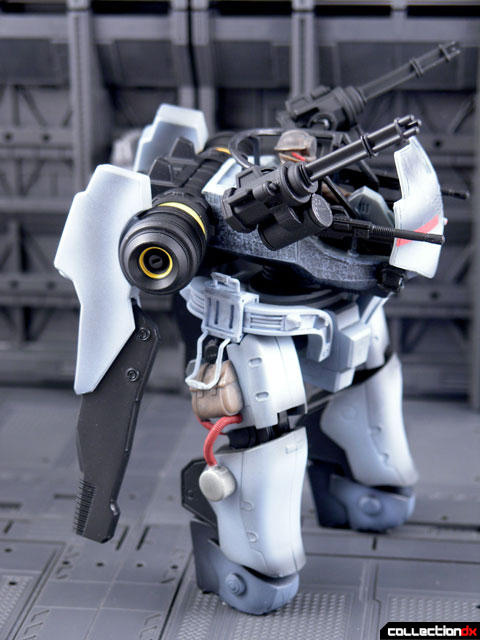 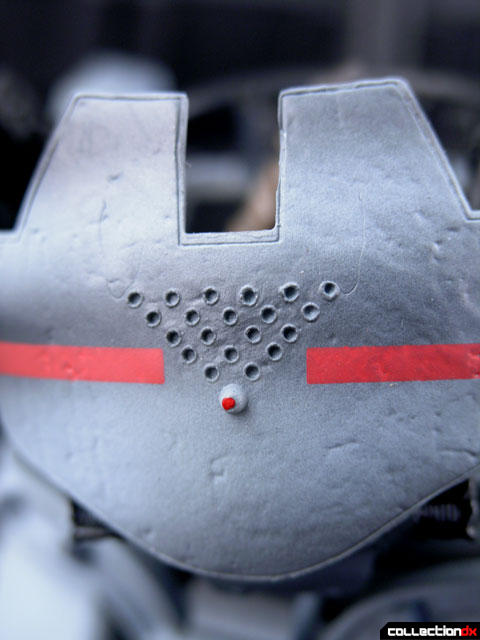 The Drio was available in two color schemes. The GTF-11SR Drio SR is the one shown here with the grey color scheme, and the GTF-11 DRIO has a more camouflage color scheme. Otherwise the toys are identical.

1 comment posted
For some reason it makes me think of Matt Doughty's "Rig" :D

What scale is it though? We need a Pheyden or something in there for size comparison... Awesome design in any case.