Greedo is an odd choice for the first wave of the Star Wars Black 6" series, but I guess you don't want to put all your key characters out in the first wave. He makes sense to be out alongside Han Solo, in the event you want to recreate the infamous scene in the cantina.

The Rodian comes packed in the typical Star Wars Black packaging. This time there is only one accessory though - his blaster. 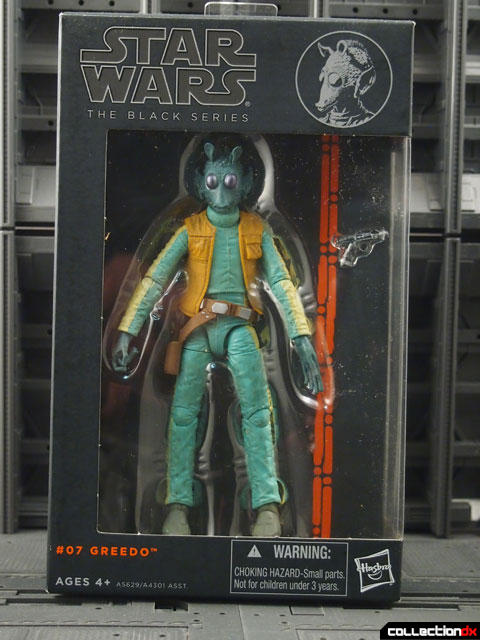 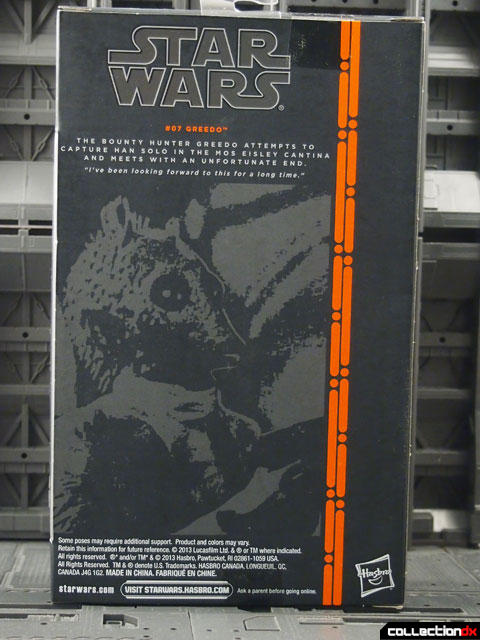 Greedo looks great. The sculpt is fantastic. Check out the detail in the head. 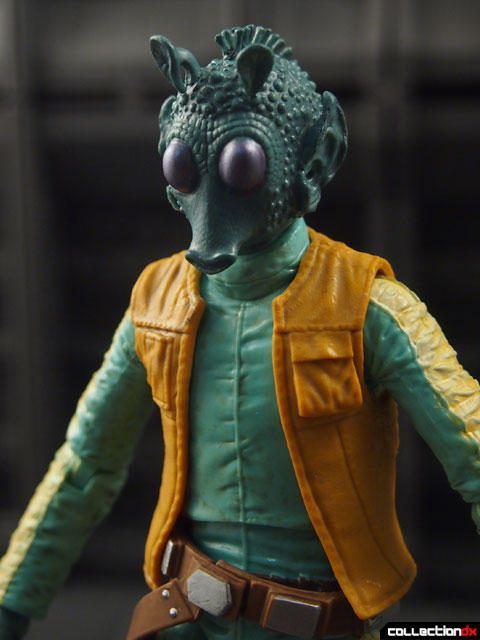 All around, the sculpt is great, and so is the paint. 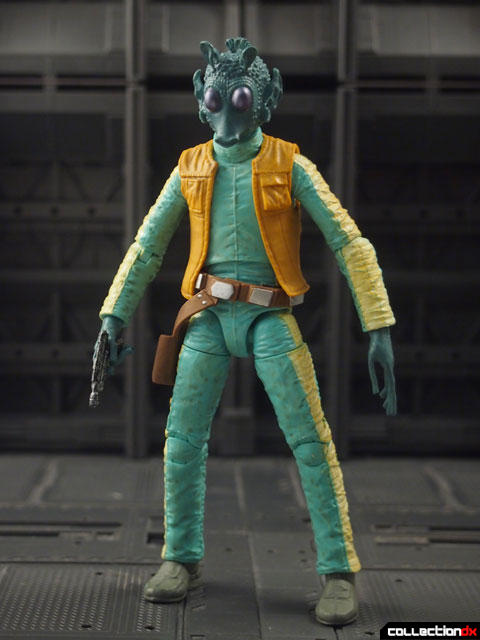 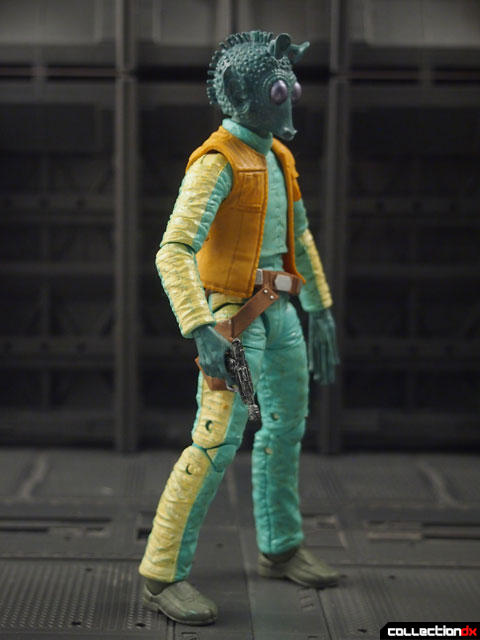 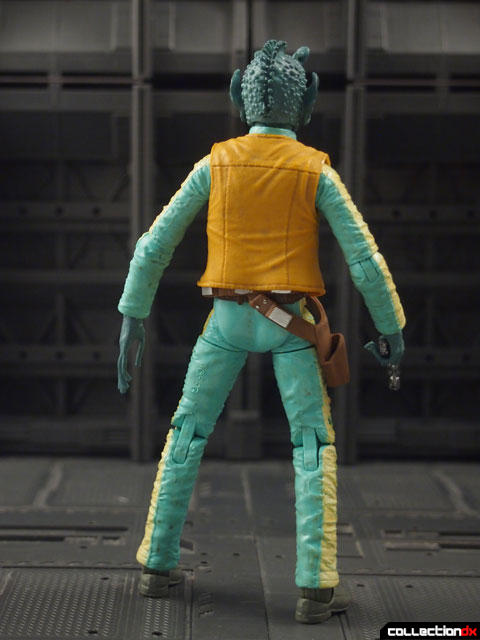 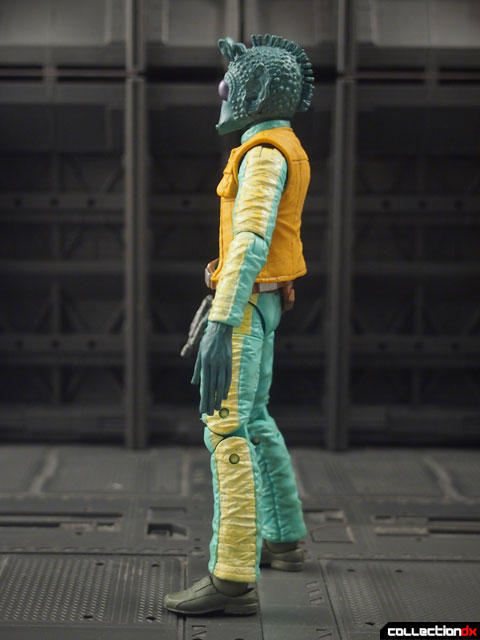 Articulation is fine - standard for the Black Series. You never see Greedo do much but sit and die, and for those poses he has more than enough articulation. 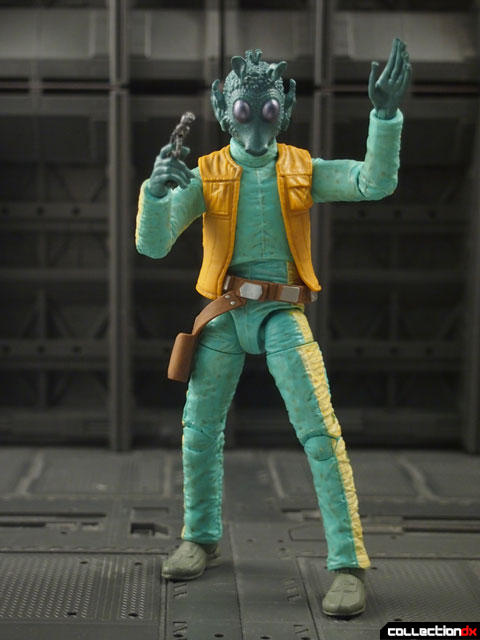 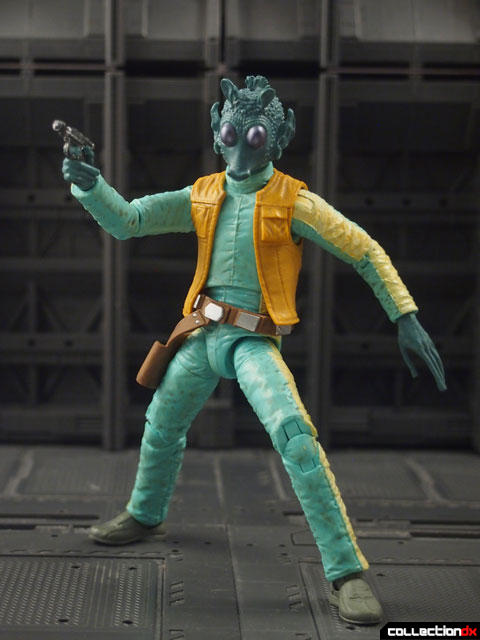 The gun can fit in the holster, which is nice. 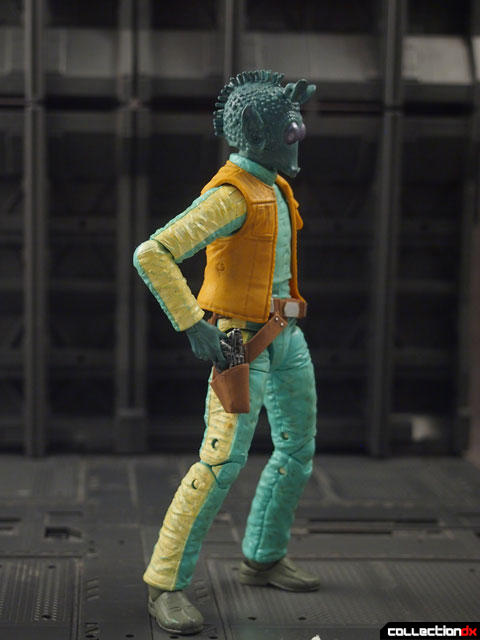 The big thing about Greedo and Han is of course the tinkering Lucas did with the "Special Editions". Han shot first in the version I grew up with, and he always will have shot first. It's part of his character!

I would have loved to recreate that scene here, but sadly I don't have a giant cantina diorama hanging around. Instead let's let the scene play out differently. 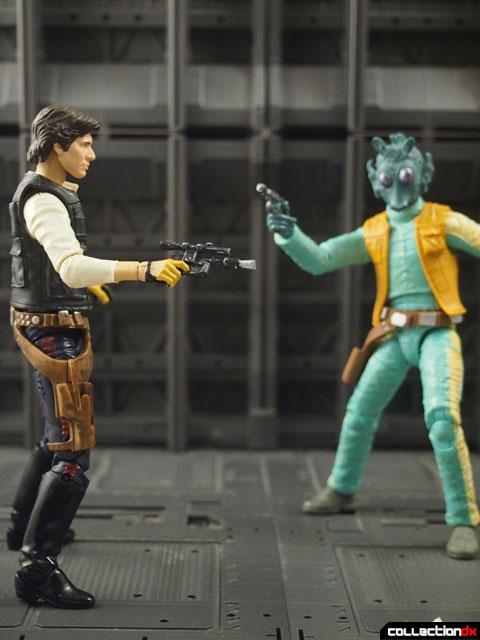 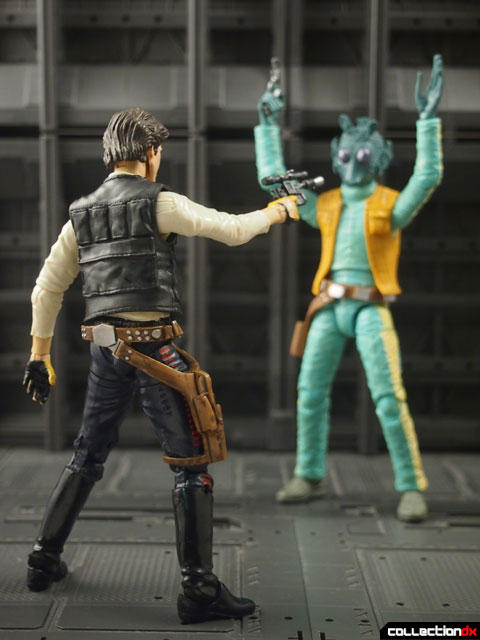 You think I am going to let you collect a bounty on me? 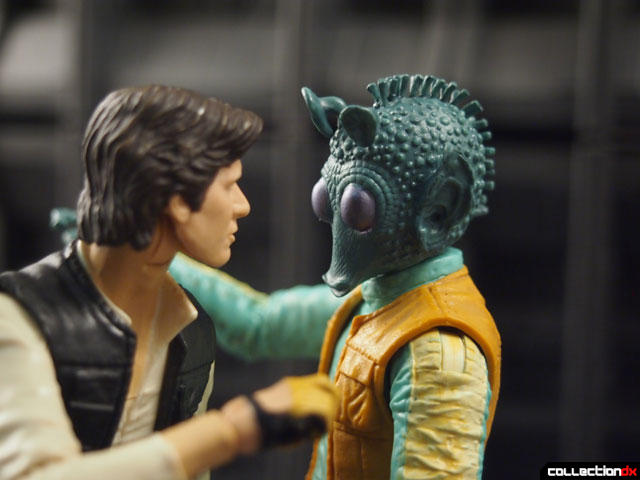 Truth is, I am just messing with you! 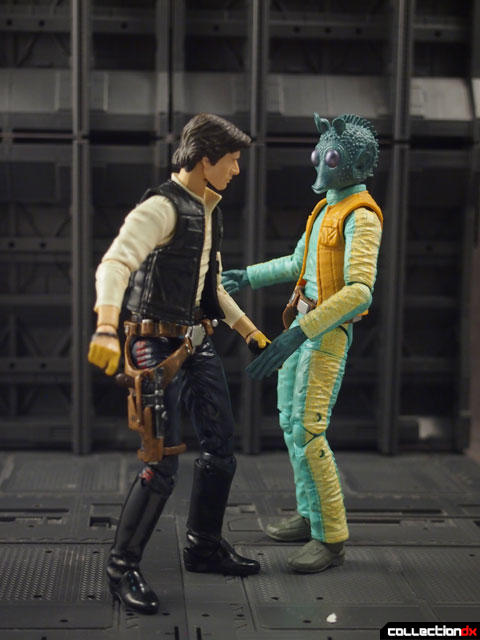 WE ARE BEST OF FRIENDS! 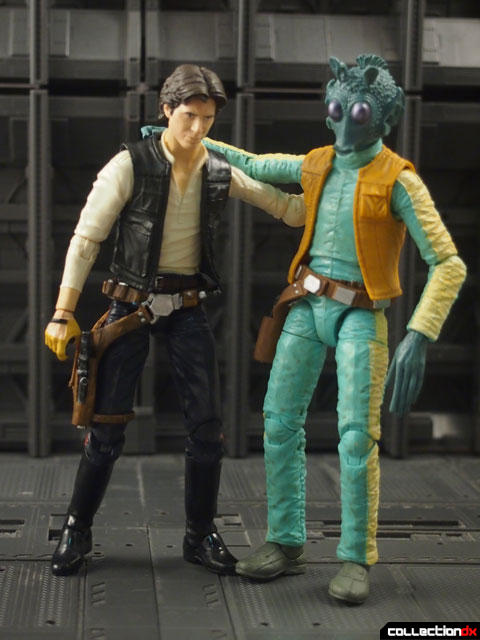 I think they missed a key accessory. Where's the swappable Cajun-blackened head?

Greedo pretty much sums up how game changing the movie and 3.75 inch line was. If this movie came out now no one would remember who the hell he was. Original toy-line everyone owned him, watched him die hundreds of times. He only existed for Han Solo to be cool. I did like seeing him in the line, nice review.