Bandai Creation has released quite a few 6.5" figures from the Godzilla universe in the last couple of years, but 2008 marks their first foray in 12" kaiju. This Godzilla comes from "Godzilla: Final Wars", a film from 2004. I guess in the grand scheme of things it might be a bit weird that you should see merchandising four years after the fact for a movie that really didn't get a wide release in the first place, but you won't find me complaining. 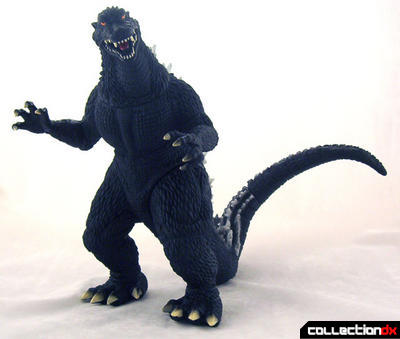 Other than it's increased size, this toy is not really any different from the previous offerings by Bandai Creation. It's a unique sculpt for the US market and is made entirely of soft vinyl. Good old soft, squishy vinyl.

"Final Goji" here has 8 points of articulation, with 3 of those coming in the tail. The neck, hips and shoulders also turn. The paint job is simple but effective, with the best effect being the blending of the black and yellow on the claws. 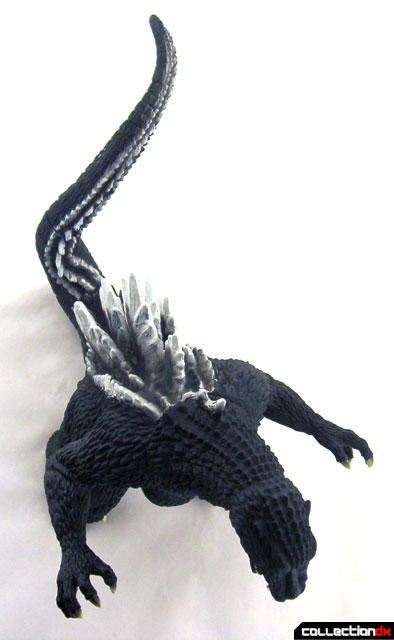 Although advertised as a 12" figure, this toy actually only reaches about 10.5" in height. I don't wanna hear anyone complaining though. This is a substantial Godzilla figure that you can pick up for very cheap money. Although I tried to list as accurately as possible it's original release price (only thing I could find online was $26.95 from Amazon), I got mine on clearance at Toys R Us for just $15.99. I recommend that you hurry out and get one before they are all gone. Look for the 12" MechaGodzilla while you are there, too. 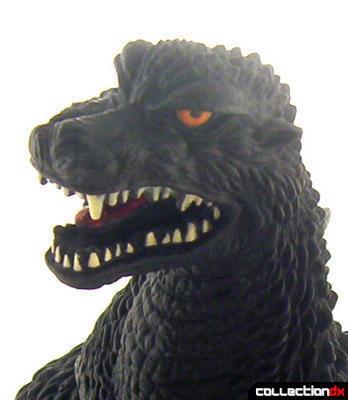 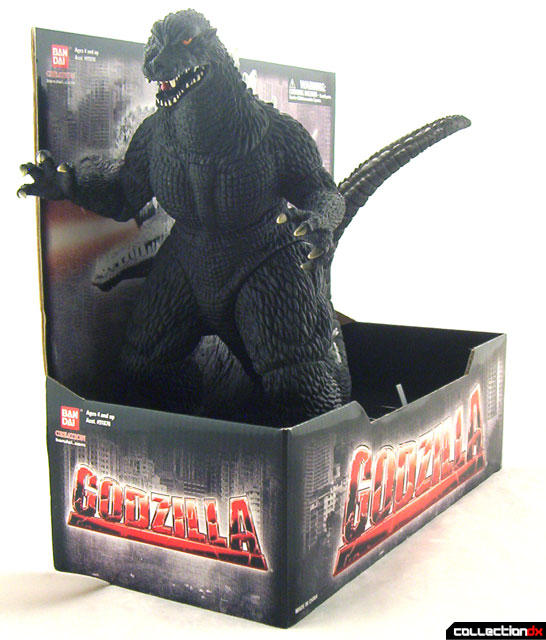 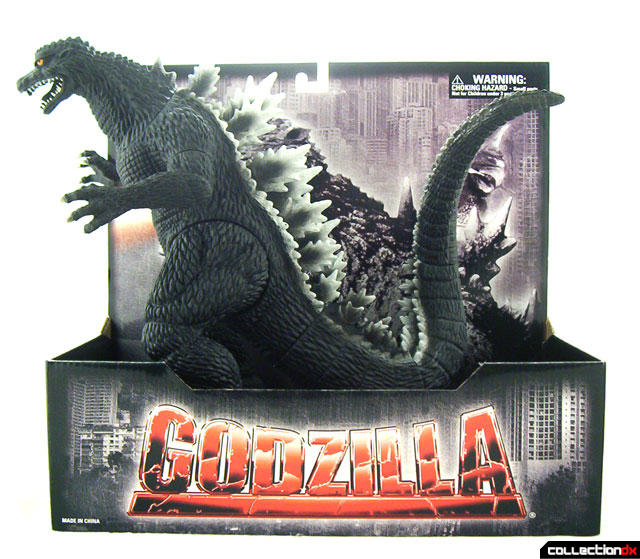 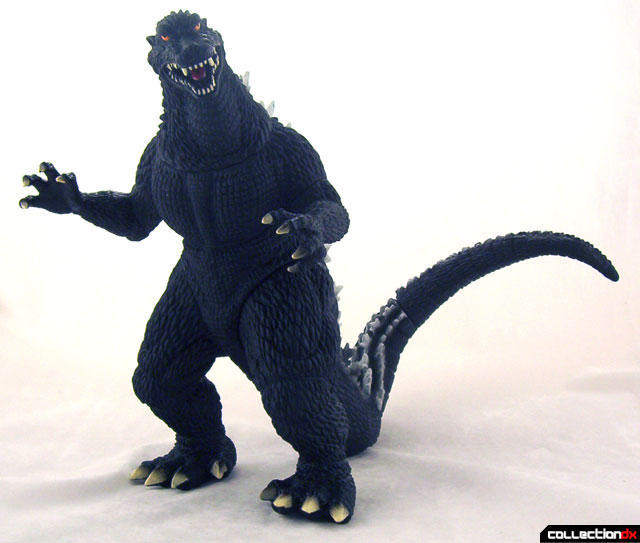 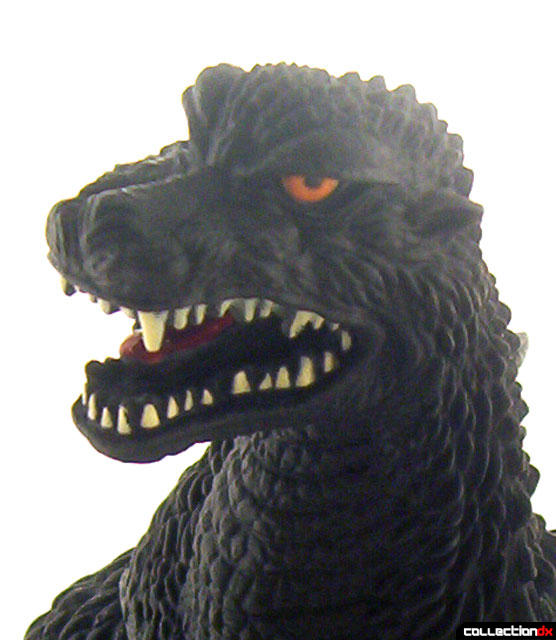 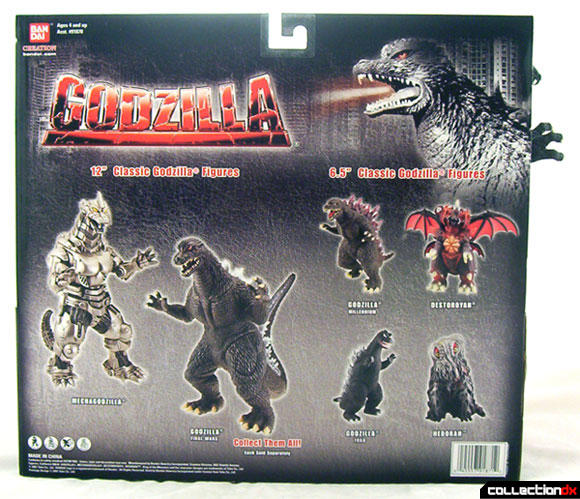 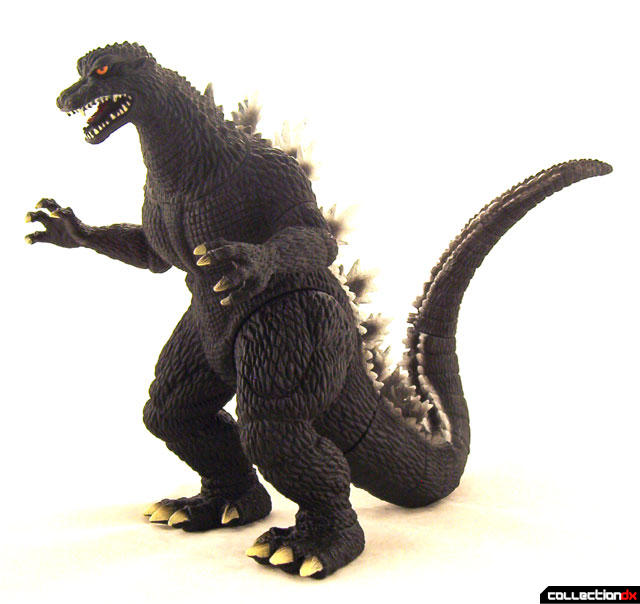 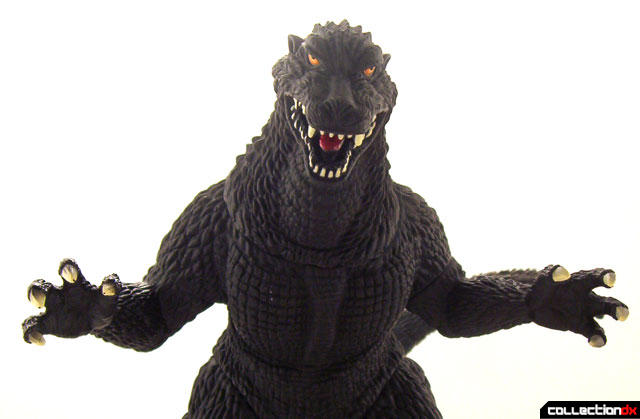 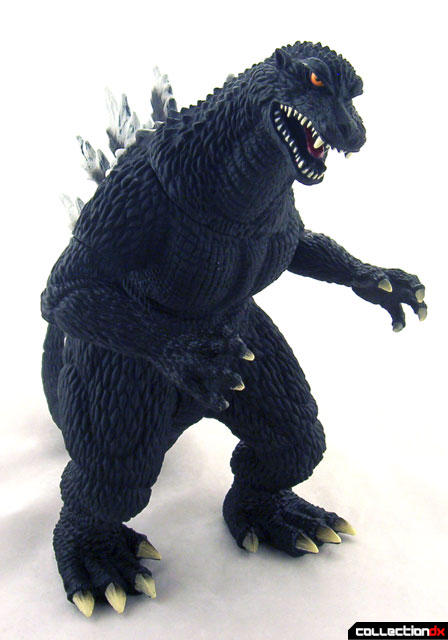 2 comments posted
I should've waited for this

I should've waited for this instead of getting the 6.5 version of this exact same suit. Oh well,I might still get Kiryu.

kidnicky, don't worry, this figure looks almost nothing like the 6.5 inch version anyway.

I am Godzilla, you are King Ghidorah after the aliens are dead. Get the picture?