Transformers have been killing it with the Siege line, but the minicons I have picked up so far have been lackluster. I had sworn them off until I saw this set that combines to form a space shuttle. I figured for $10 why not.

They come on a lovely card. 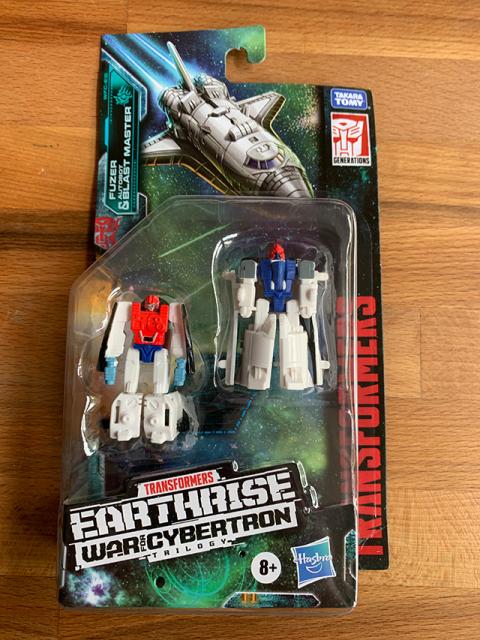 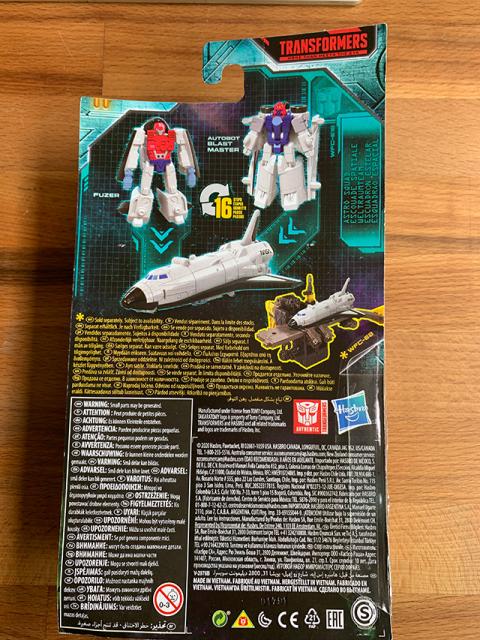 Fuzer is the one with the hand guns, and he becomes the front part of the shuttle. For a little guy, he has a fair amount of articulation, with ball jointed shoulders, swivel waist, ball jointed hips and hinged knees. 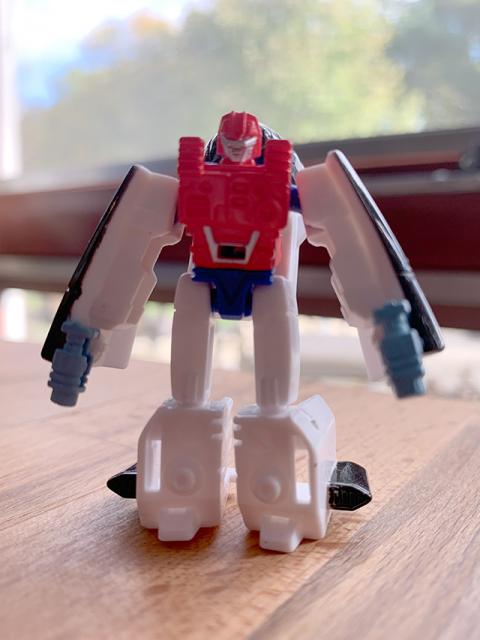 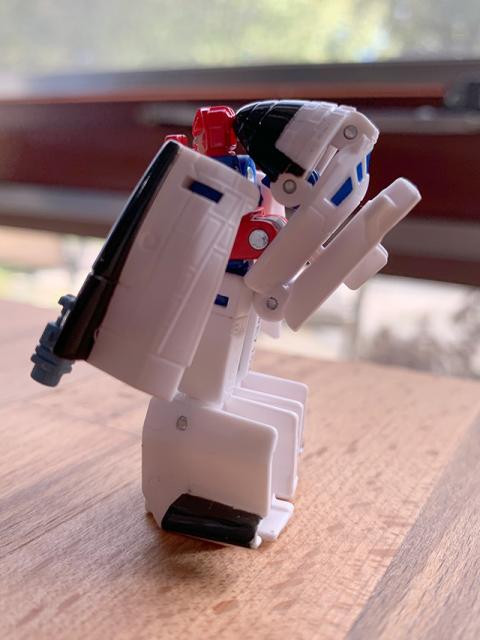 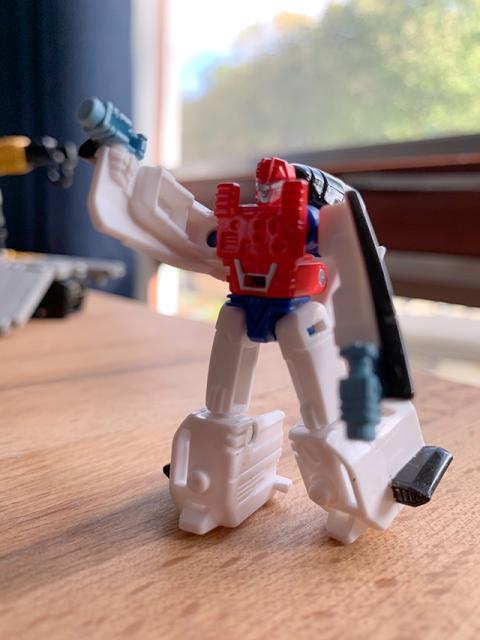 Blast Master forms the back half of the shuttle, and in robot mode he is too back heavy to stand on his own unless you really lean him forward. He's got similar articulation, minus the waist joint. 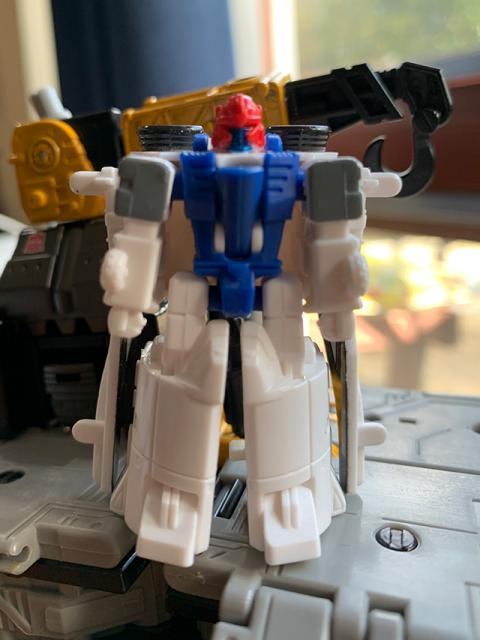 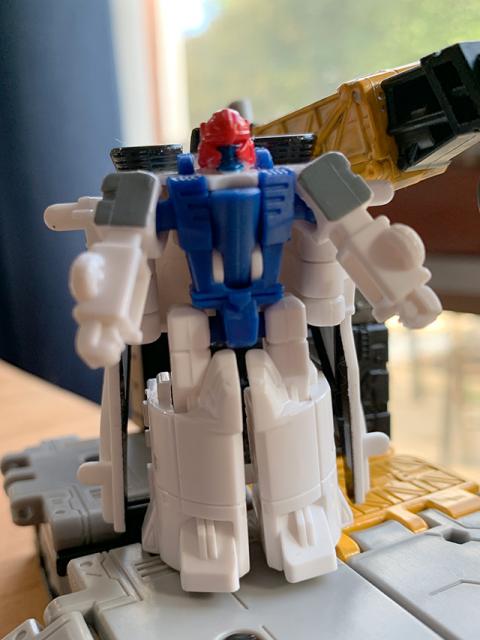 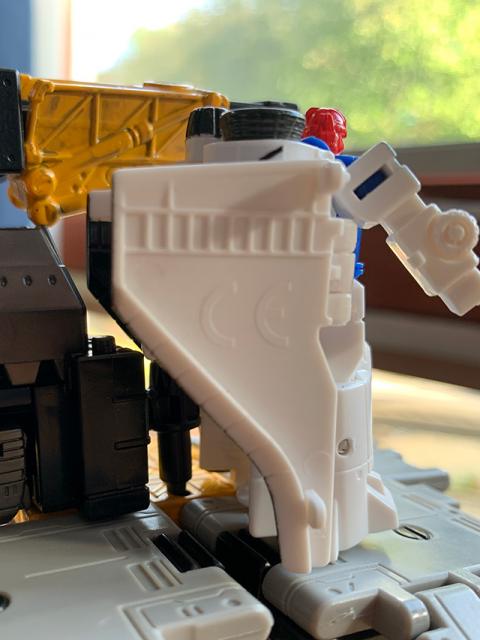 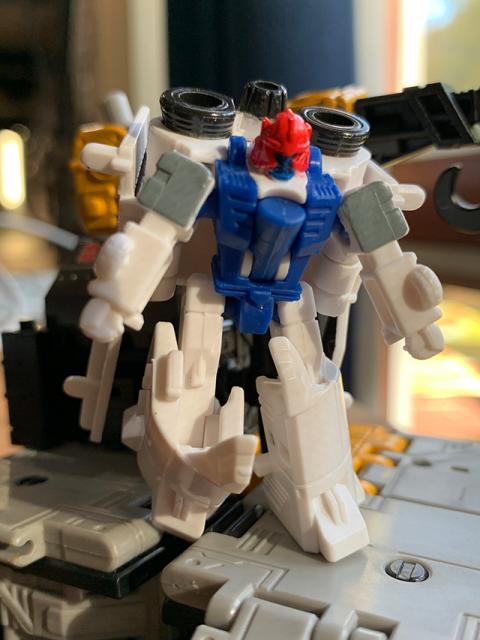 Each transforms into half of a shuttle, and then they tab together. The shuttle mode is quite terrible, and nothing stays lined up or securely tabbed together. It looks like a shuttle after a rough landing. 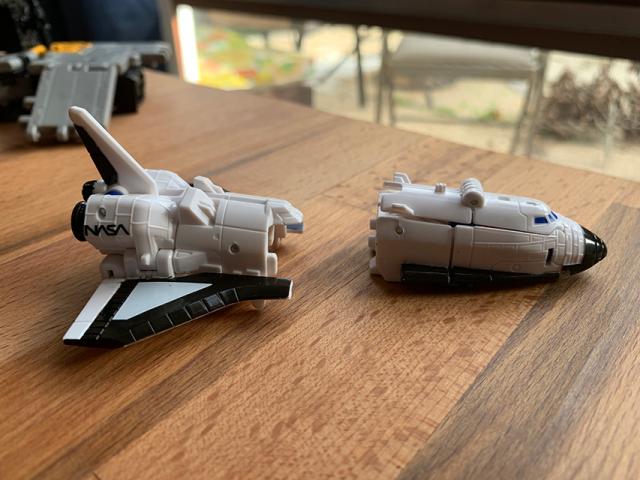 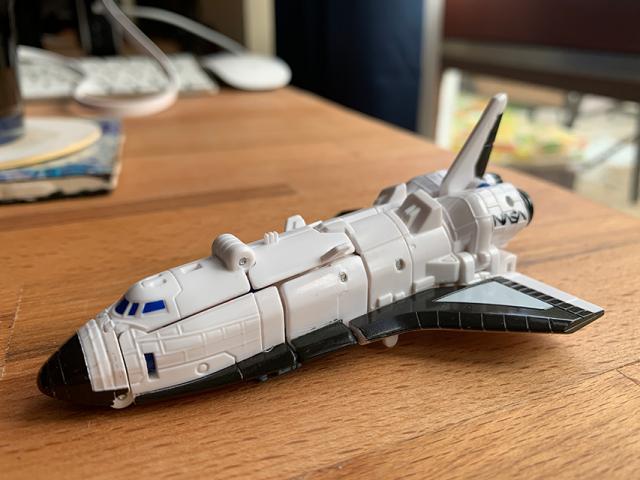 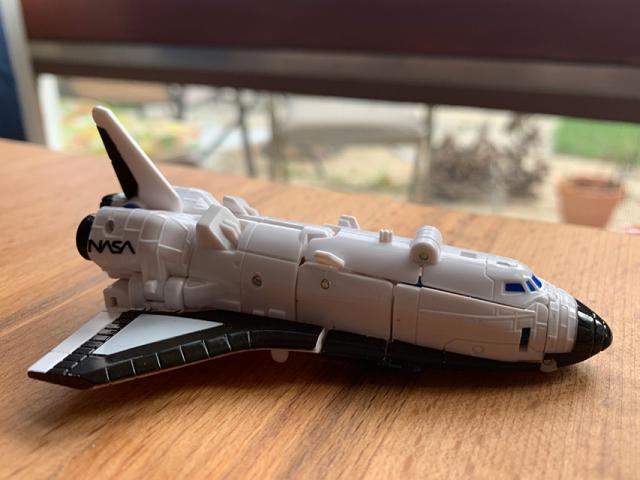 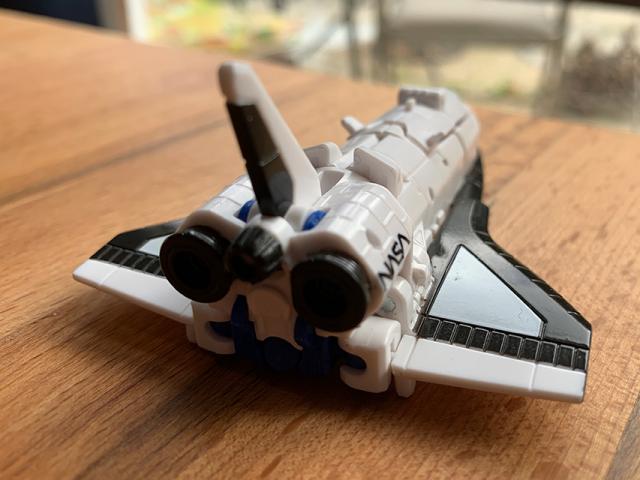 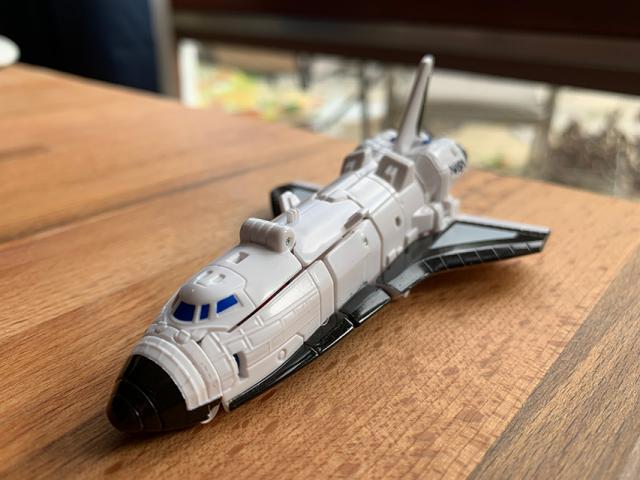 Underneath there are two pegs that fold out - one in the nose and one in the tail. The instructions show it docked with Ironworks as a sort of base, and the pegs help it stay in place. I suppose you could mount it anywhere really. 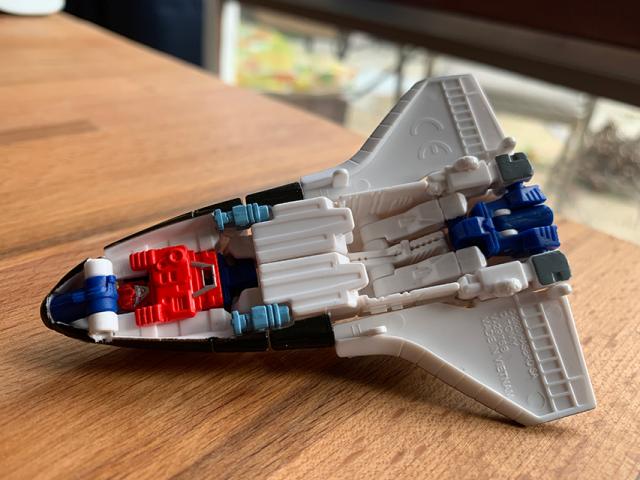 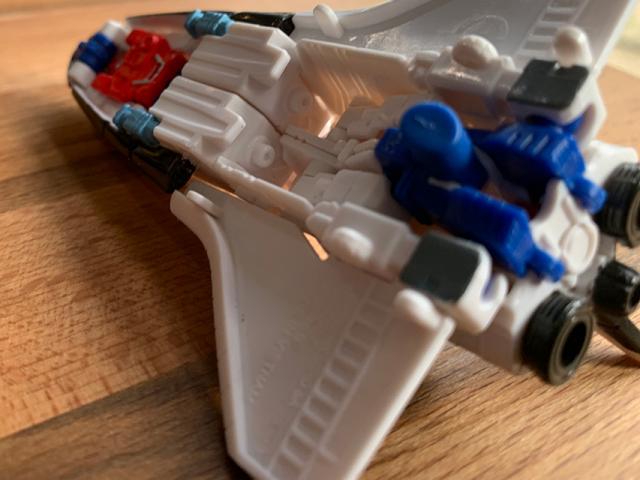 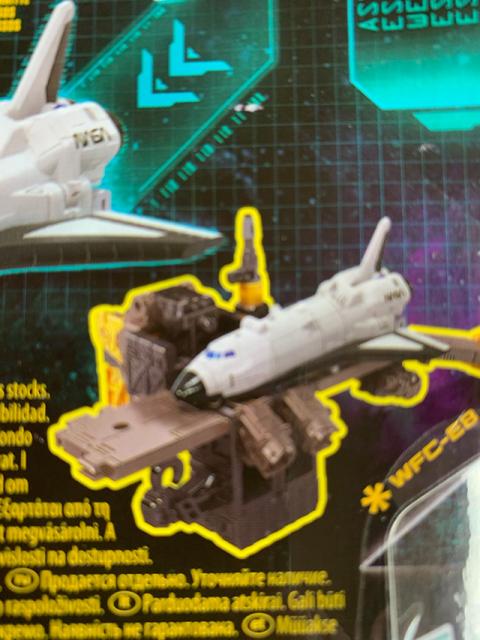 I kind of did my own thing here. 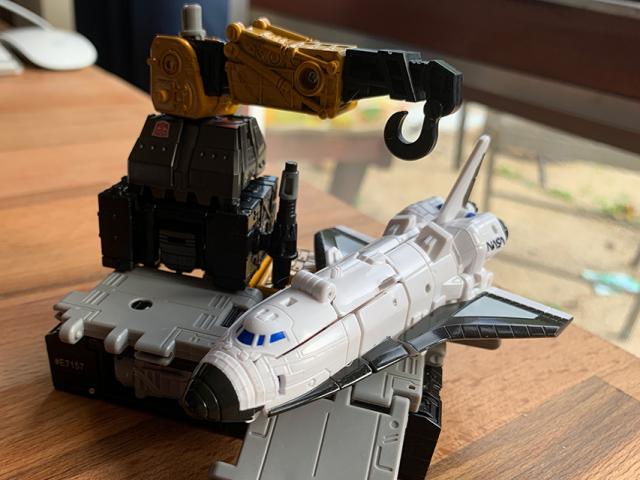 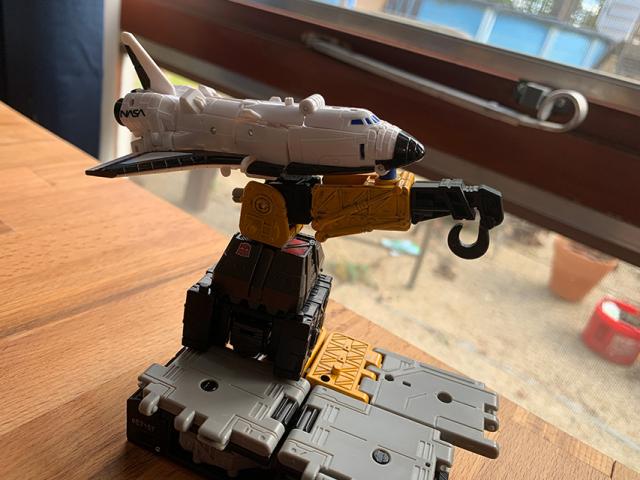 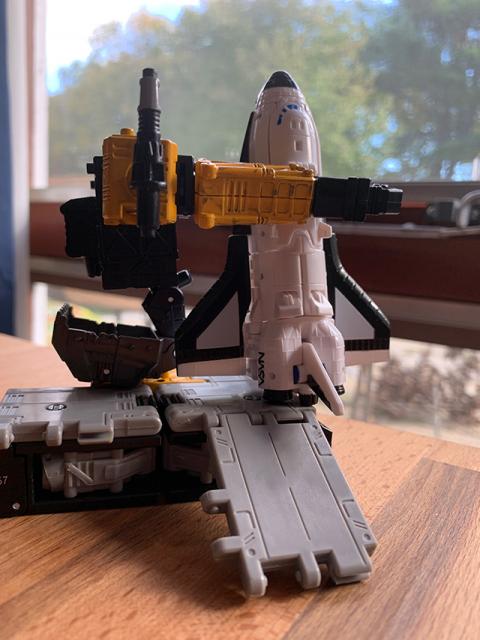 It's fine for ten bucks, but I would have liked a more solid shuttle mode.