Although he's arguably the greatest of the Universal Monsters, I think old Frank here is probably my least favorite of the Telco Motionettes. Although the character has much greater depth than just a shambling monster, the sculpt on this one strikes me as being more pathetic than sympathetic. 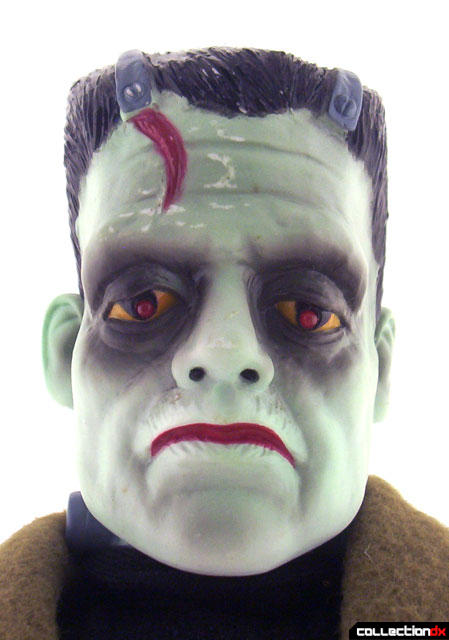 The one pictured here is the second series 17" version. The first series had a greener complexion and probably looks a bit better for it. I do like the costume though. It's a nice dark shade of moss green (although I just noticed my pics tend to make it look more brown-ish. Trust me, it's green) and there is some padding underneath to give the figure a bit more girth.

The arms are very poseable and the chain is an attractive feature, although it's a little bit silly since it's attached to his sleeves, not his arms. But hey, this is just a Halloween decoration and not exactly intended to be the world's greatest, most accurate Frankenstein figure. 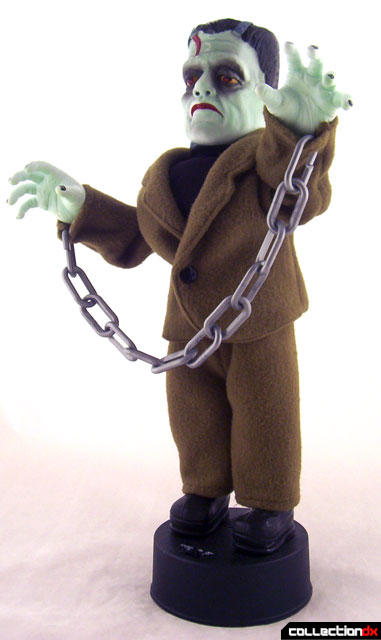 Like the rest of the Motionettes, there is a housing for 2 C batteries in the base and the figure moves his head and arms when activated. His eyes light up and he makes noise as well. All the Motionettes, including Frankenstein, came packaged in cardboard boxes with clear plastic windows on the front. 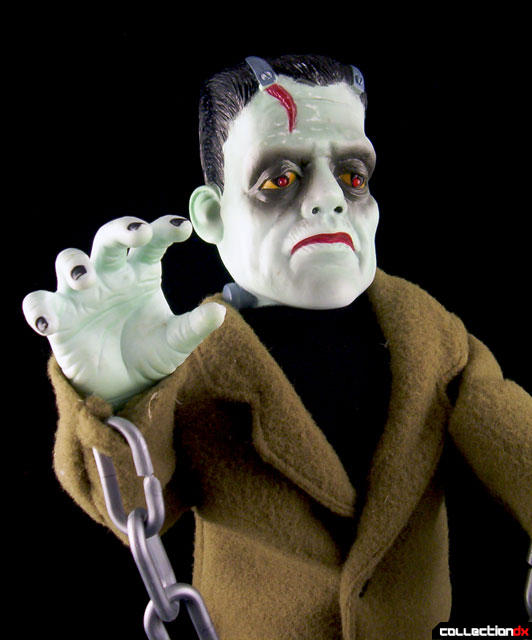 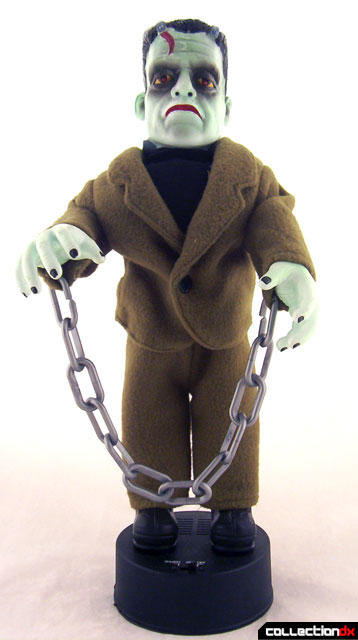 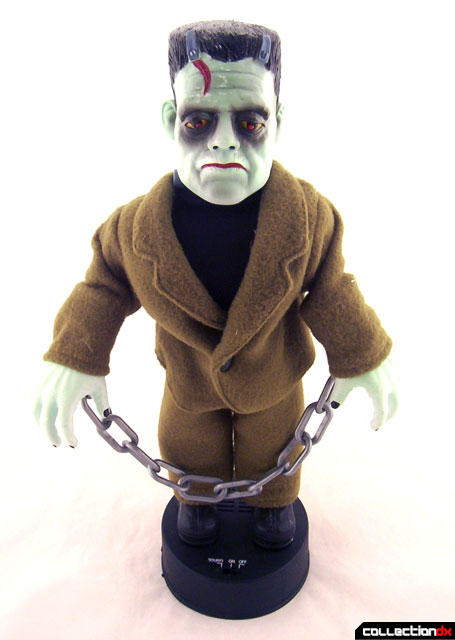 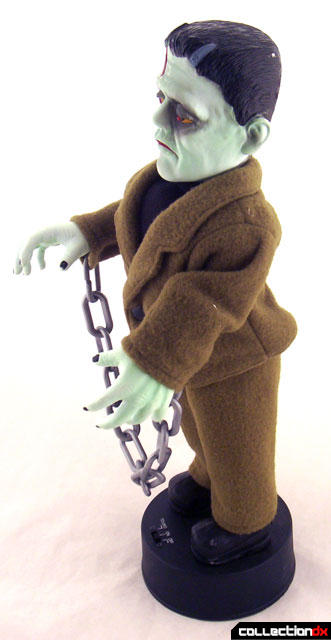 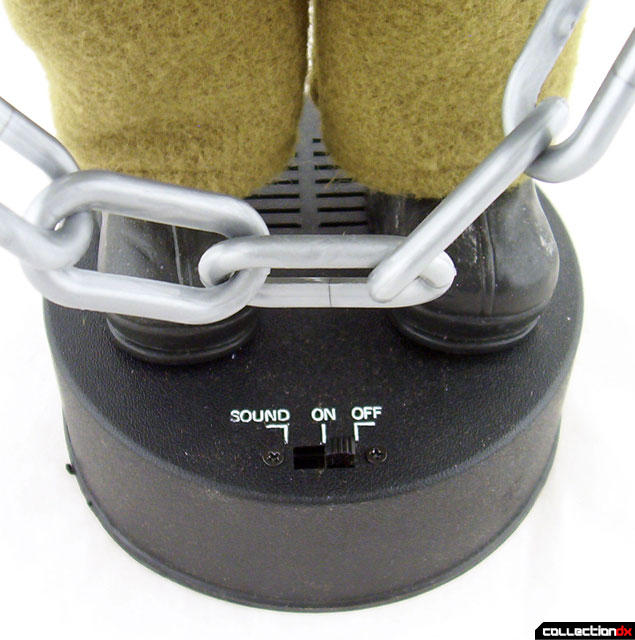 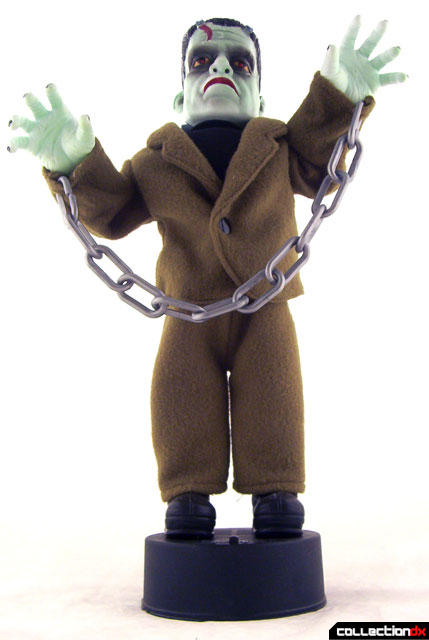 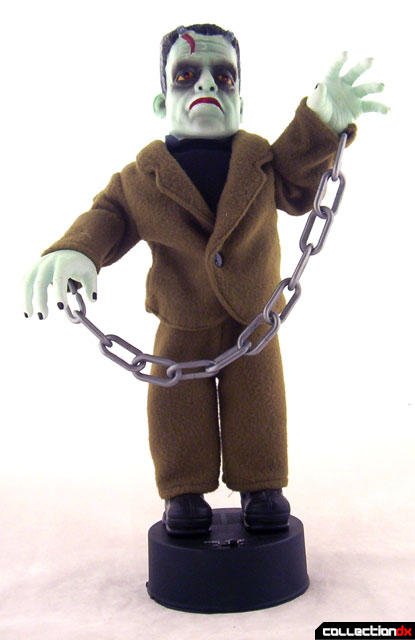