The first of Sideshow Collectibles numerous offerings of 12" renditions of the Frankenstein Monster was released in 2001 and is based on the character as portrayed by Boris Karloff in the 1931 Universal Studios classic "Frankenstein".

Billed as the first officially licensed 12" portrayal of the likeness of Boris Karloff, the figure is a must-have for Frankenstein fans. It's fully poseable with over 20 points of articulation (32 by my count!). And unlike some 12" dolls, the clothing here does not restrict movement. The only problem with posing the toy is that despite having the two joints in the neck, you really can't make the head look down. He could not look at his own feet without lifting his legs. 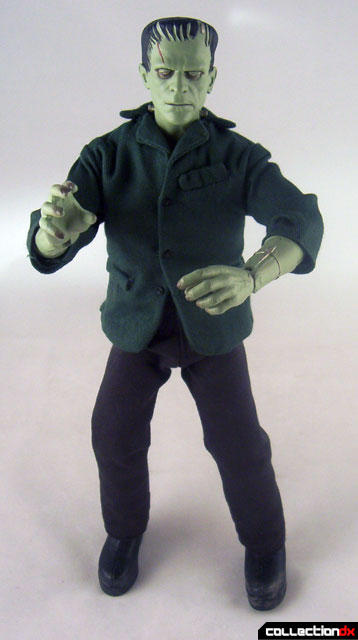 The clothing consists of a plastic pair of boots and cloth pants, shirt and jacket. The jacket is removable, but he honestly looks a little silly without it. Accessories include a mock cobblestone base, jar with removable lid and abnormal brain, a pair of flowers and opening shackles that can be affixed to Frankenstein's wrists. 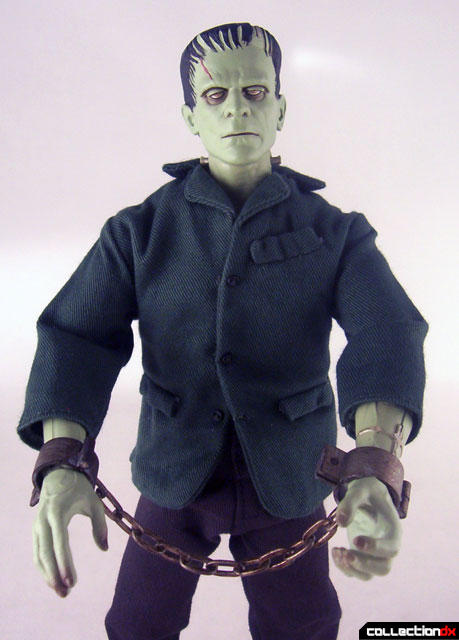 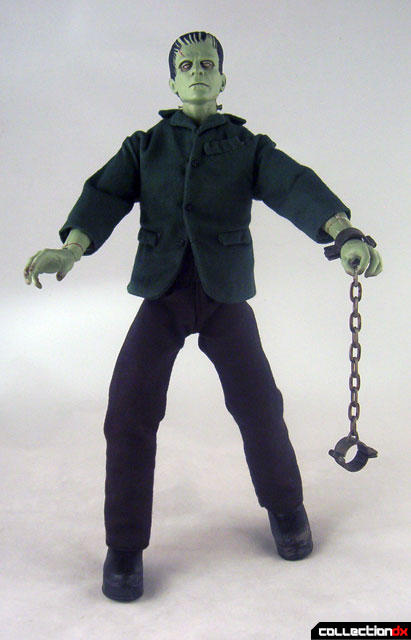 I've mentioned this in previous reviews, but again, I do not like the base this comes with and would prefer to use a regular 12" doll stand. The base is a nice idea, but it isn't big enough for both feet to stand on and lifts one leg higher than the other, an unnecessary annoyance.

The doll comes packaged sealed in plastic inside a box with a folding lid that reprints the original theatrical poster (with minor alterations such as "12" Poseable Figure" and warnngs added). The idea of using the original poster art is fabulous but unfortunately in this case, you have to tear the plastic away from the interior tray in order to get the figure out. This of course damages the packaging. Subsequent releases in the line would replace this method with a full plastic tray that can be easily lifted out with no damage to the cardboard beneath. This is a much better method because without the tray, if you need to store the figure away, there is nothing in the box to stop it from sliding around inside. 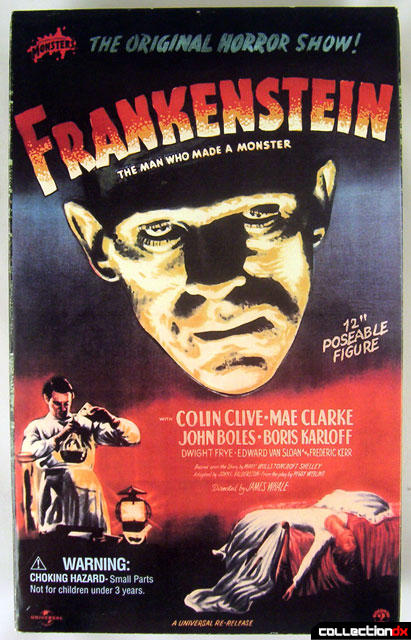 I would have preferred to see a unique body type for Frankenstein, one with wider shoulders to give him that hulking look you see in the trailer above. Though the facial likeness is excellent, on the whole this Frankenstein looks a little too slim to me. But overall, this is a really nice figure and one well worth having in your monster collection. 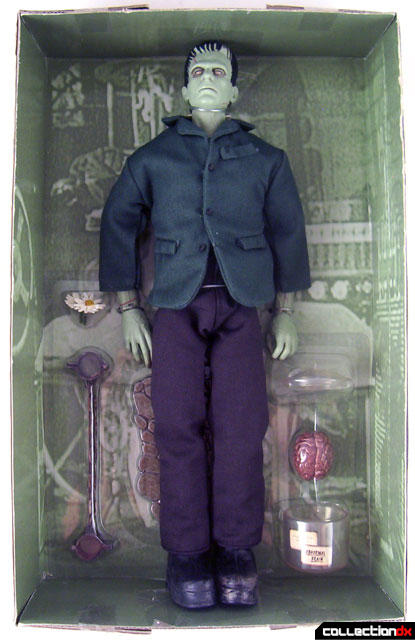 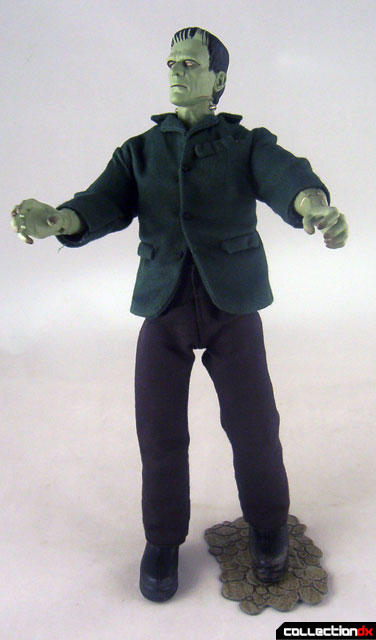 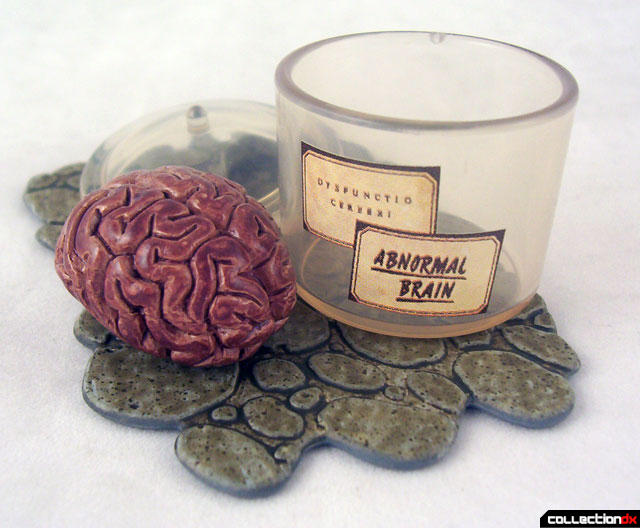 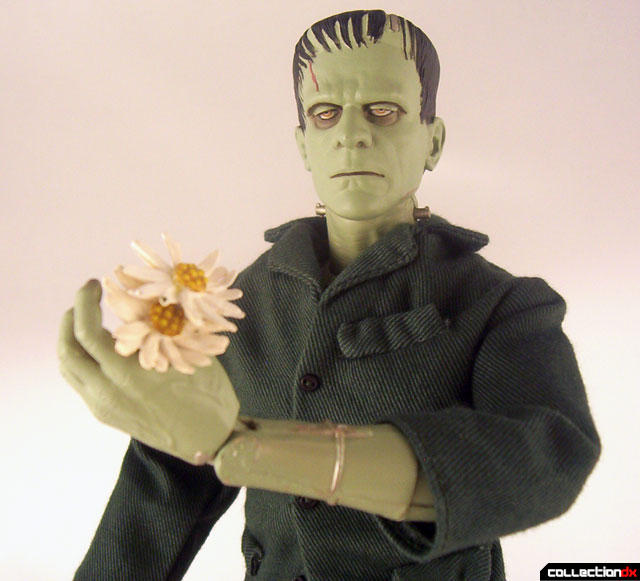 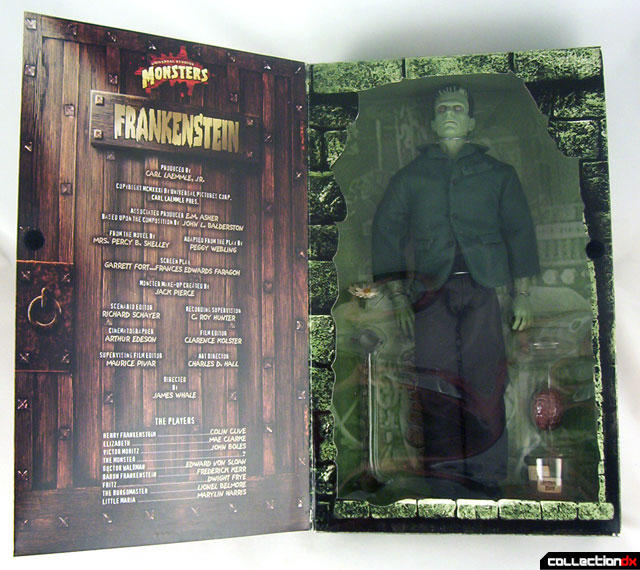 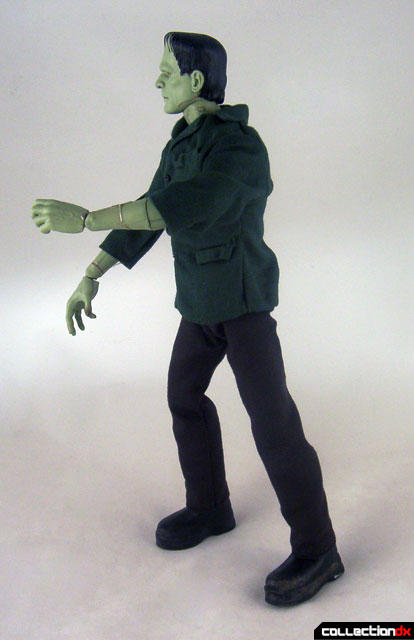 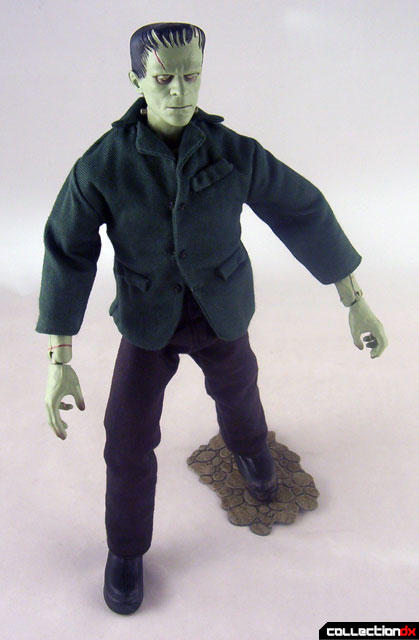 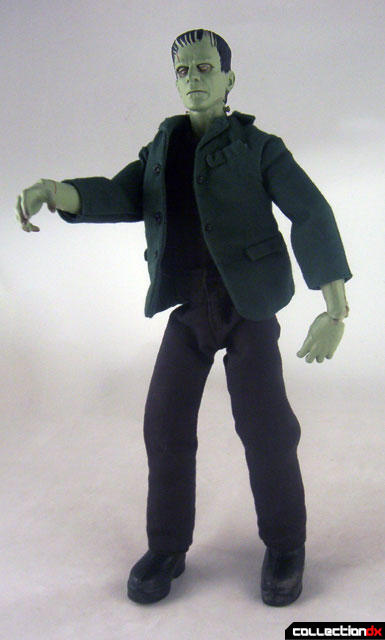 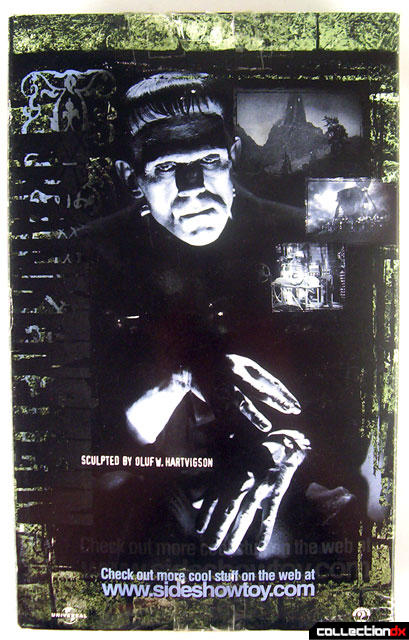 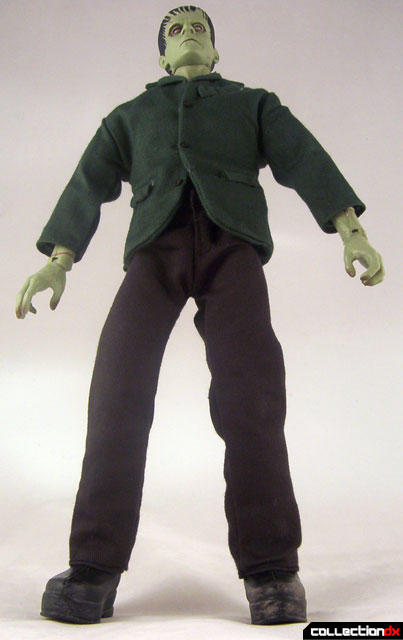 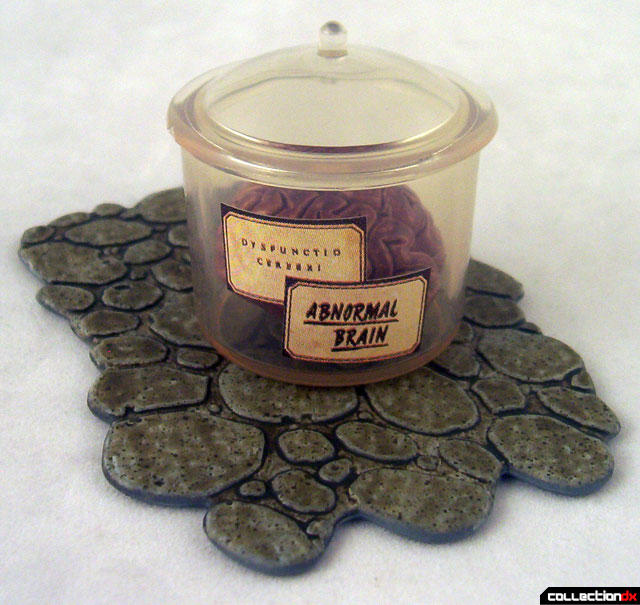 I forgot to add that in addition to this regular version, Sideshow also released a Silver Screen Edition, black and white version, as well as a limited holiday version that featured the monster in red pajamas.