I’ve always had a soft spot for Family Guy. I know it’s not everyone’s cup of tea, but it makes me laugh after a hard day of work.

Playmates has recently released a series of interactive Family Guy toys, similar in style to their earlier Simpsons toys.

Dubbed “Crazy Interactive World”, the series features a variety of figures and playsets that interact with characters from the show. 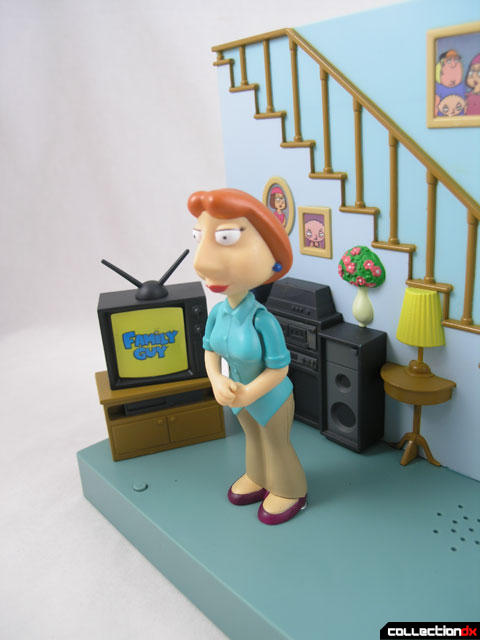 Playmates was nice enough to send along a box to us to review, so we’re going to start it off with the Family Guy Living Room with Lois. 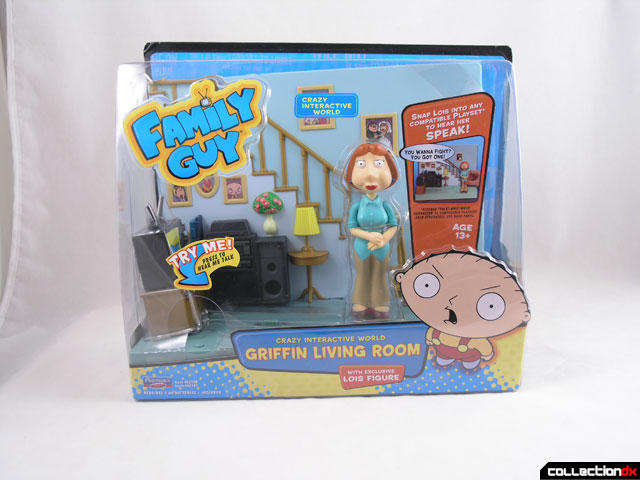 The packaging is nice, and showcases the product well enough. There’s a handy “try me” feature in the front. When you tear it open, be careful as the base is secured to the cardboard with actual screws and a clip. You will need a Phillips screwdriver to remove it. 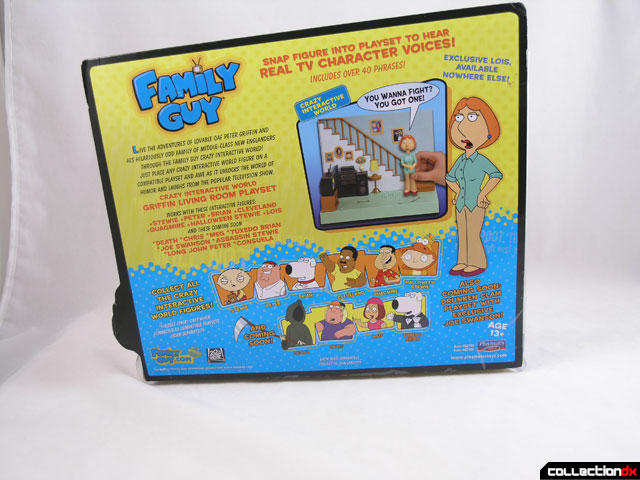 I have to admit that I like the look of this. It’s very accurate to the cartoon, right down to the portraits on the walls. The background is textured so it’s not just printing on a background, and the stereo and part of the staircase are actual individual parts. 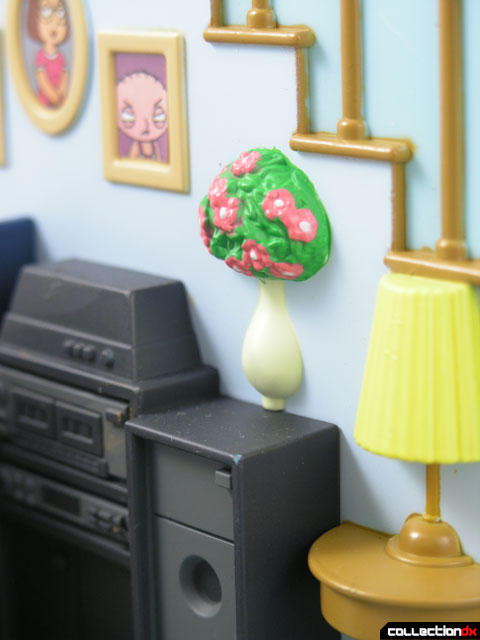 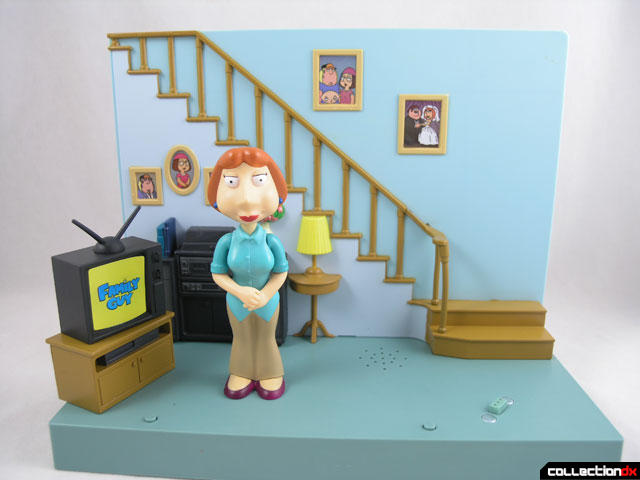 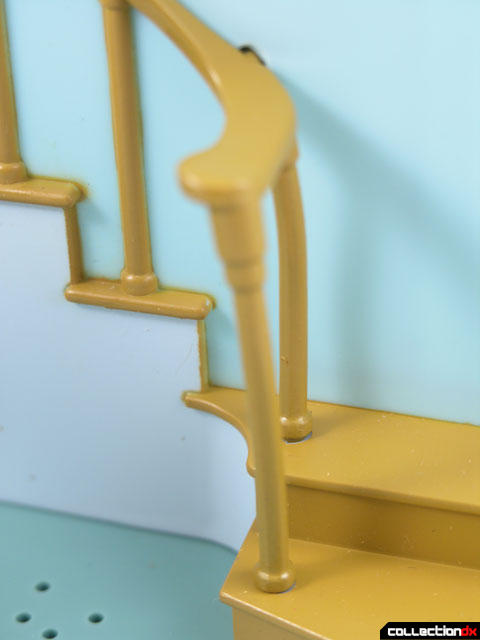 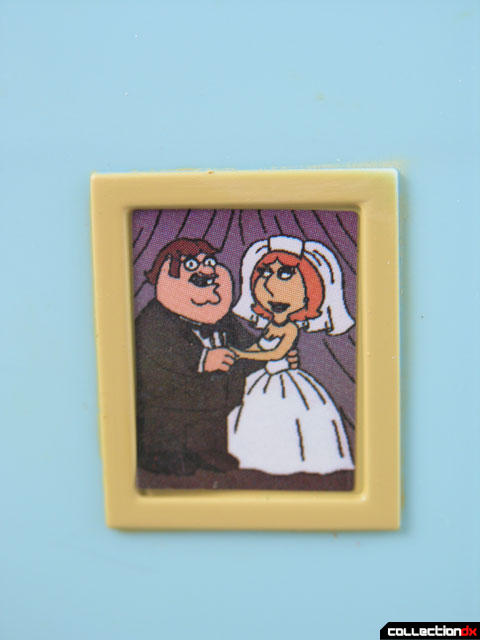 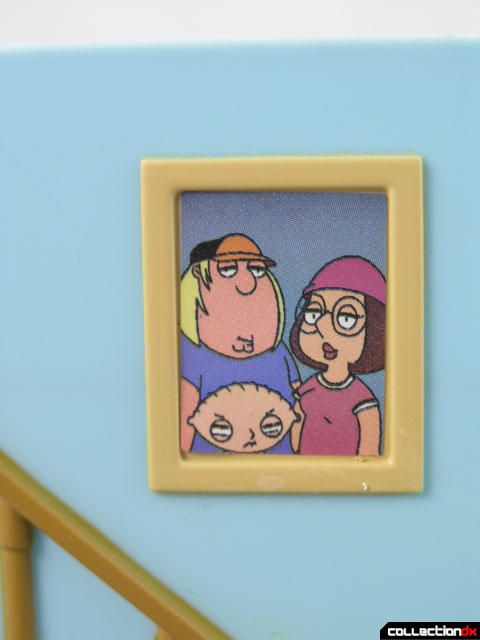 Included is a TV and TV stand that can be placed anywhere around the base. 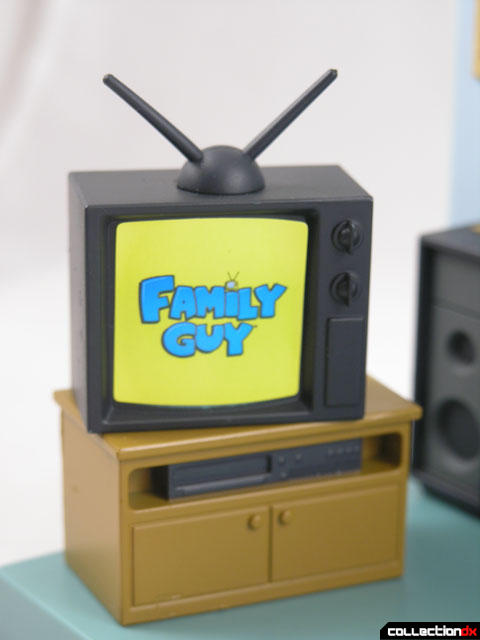 Each playset has two connection points that activate the sounds from the figure. Sounds can be activated simply by aligning the contact point on the feet of the figure with the point on the stand. The figure will automatically talk when connected, and then can continue to talk with each button press. The sounds are loud and clear, but limited to about four phrases. 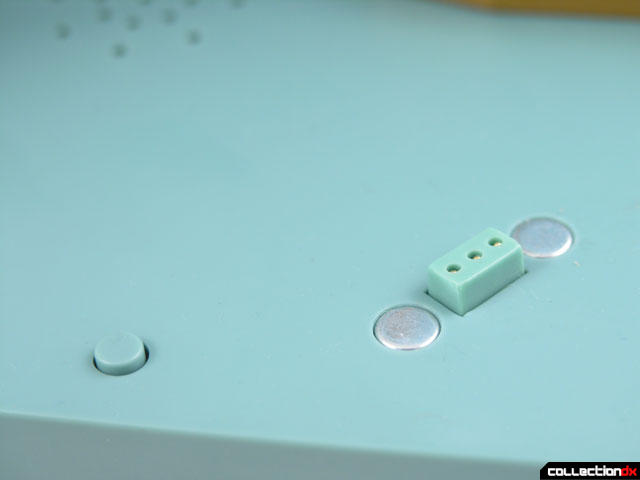 The trick here is that all the sounds are stored in the base, not in the figures. The points just tell the base which figure is attached and it will sound out the appropriate clip. I had a few instances when the base mistook which figure I had placed there and did another character's voice.

Included with the set is Lois, Peter Griffin’s wife. She’s exclusive to this set and you cannot get her anywhere else. The sculpt is not bad, although she’s got a little bug eye thing going on. Both arms and head are posable. 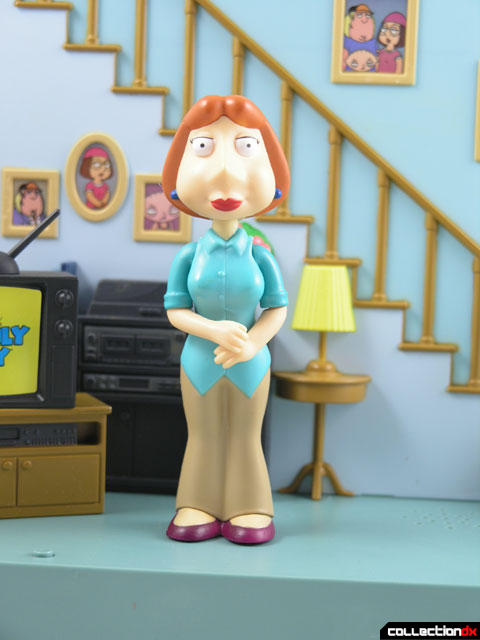 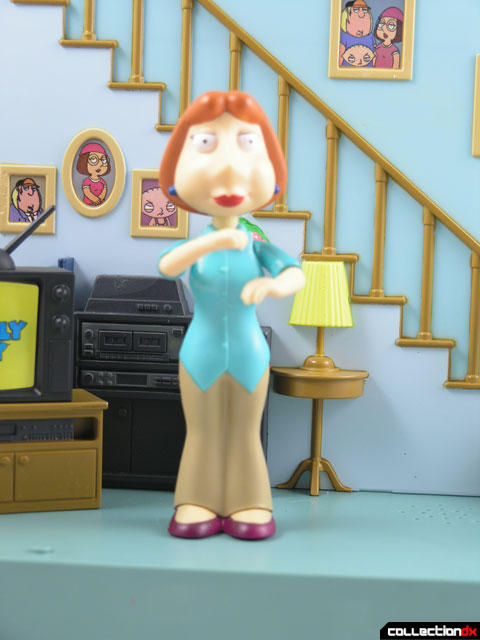 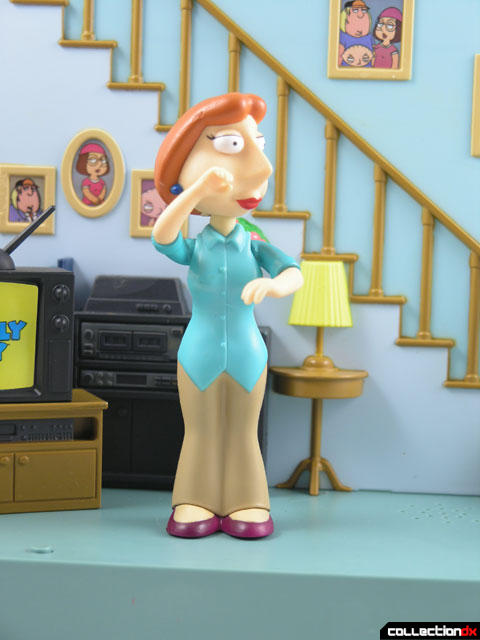 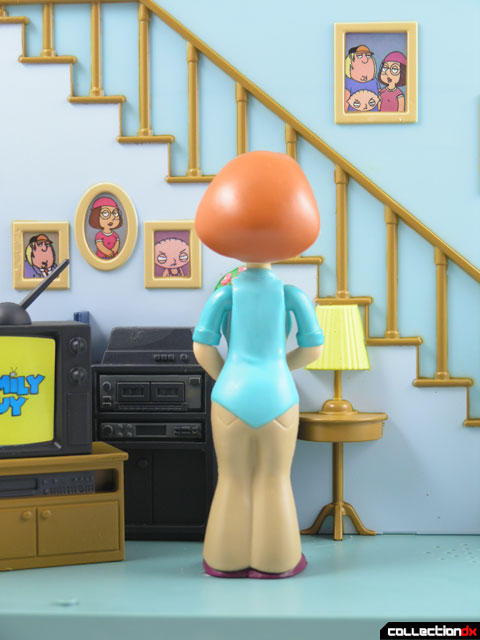 The set is pretty cool, and although it doesn’t fit in with my robot collection, it looks great at my desk. Fans of the show will dig this set for sure. If I had to come up with a criticism it is that it limits each character to four phrases each. I understand that subsequent bases will have more phrases, but how cool would it have been to have a bit more variety, or an option to download more phrases? 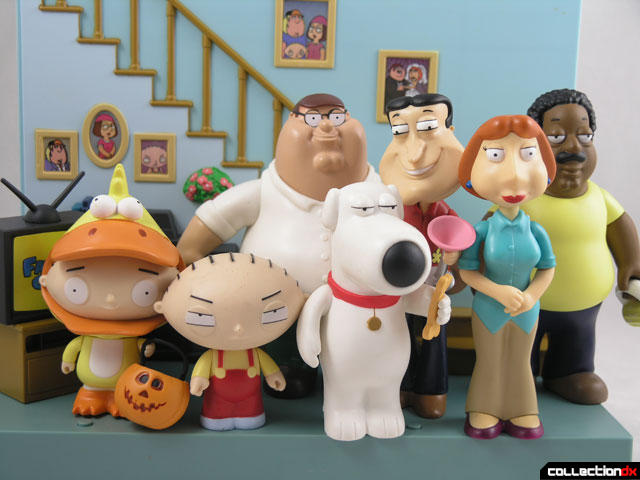 Along with the playset, Playmates sent along an assortment of characters. Rather than flood the front page, check them out from our links here:

Love the video review, had myself a few laughs oevr your impressions....Oh heyyyy

These look like The Simpsons toys they did years ago. Which is awesome as those toys were awesome. They're actually the one and only thing my wife actively collected.

I wonder if they're making these in different languages like they did the World Of Springfield playsets... in which case I need me some French Family Guy, and Spanish Stewie clips... The Spanish Simpsons stuff was great (same figures, different sound chips in the base, same quality) and a lot of fun to compare & contrast the voices.