"Nightmare" was an episode of the classic science fiction program "The Outer Limits" and aired during the first season, on December 2, 1963 to be exact. The episode featured a young Martin Sheen as an Earth soldier captured by an advanced race of aliens from the planet Ebon (pronounced with a soft "E", like "Eh Bon") and separated from his fellow soldiers for questioning.

In 2002, Sideshow Collectibles (then still known as Sideshow Toys) released a series of 12" figures to commemorate the classic program. In addition to the Ebonite Interrogator, there were the Zanti Misfits from the episode of the same name, Ikar and Ikar's Soldier from the episode "Keeper Of The Purple Twilight", Gwillm Griffiths from the episode "The Sixth Finger" and The Helosian ("O.B.I.T.") and Andro ("The Man Who Was Never Born"), who were sold together as a set. 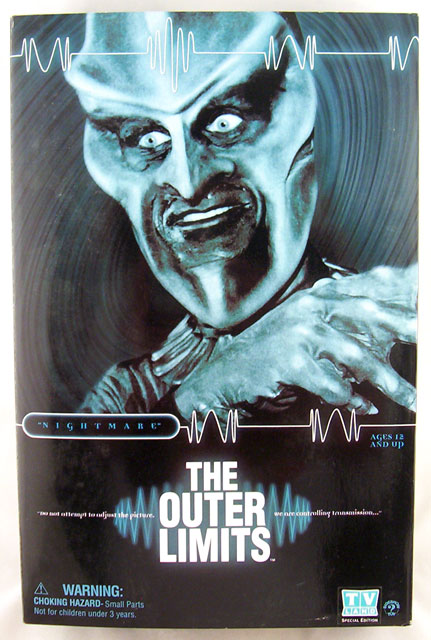 Originally, I didn't care too much for the box art for these figures, but over time I'm come to like it a lot. It's simple, but really evokes the feel of the show. The front lid opens and a ton of information about the episode (a synopsis, production notes, cast and crew) is printed on the inside front cover. Across from that, the figure is visible throw a plastic window as it rests in it's tray. 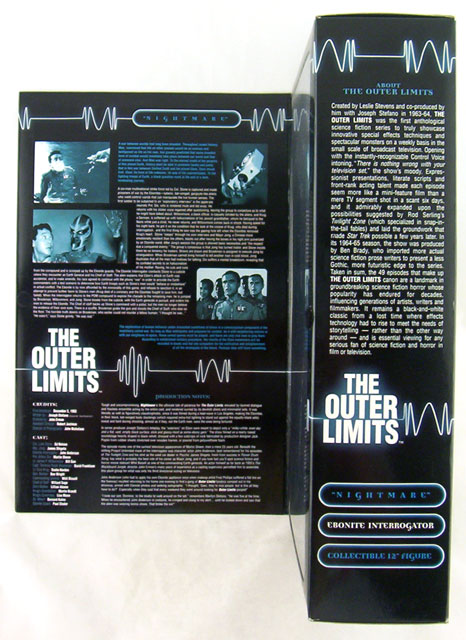 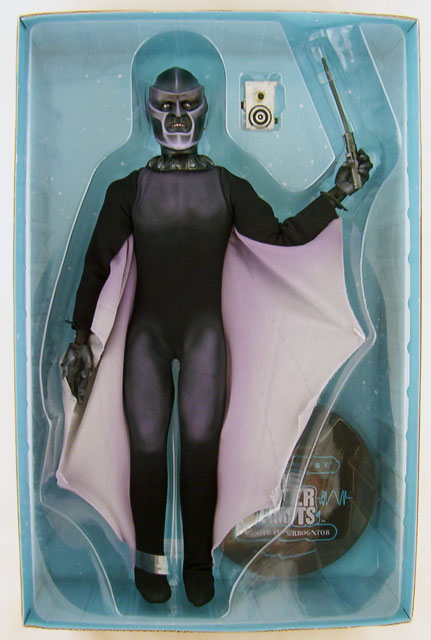 As with most of these types of figures, a fully poseable generic doll body is used along with character specific designs for the head, hands, costume and accessories. I can't say enough about the sculpt of the head of this one. It is PERFECT. This guy looks like he stepped right out of your TV screen and onto your shelf. Even the paint applications on the head perfectly highlight the ridges of the creatures skull without being distracting or overstated. 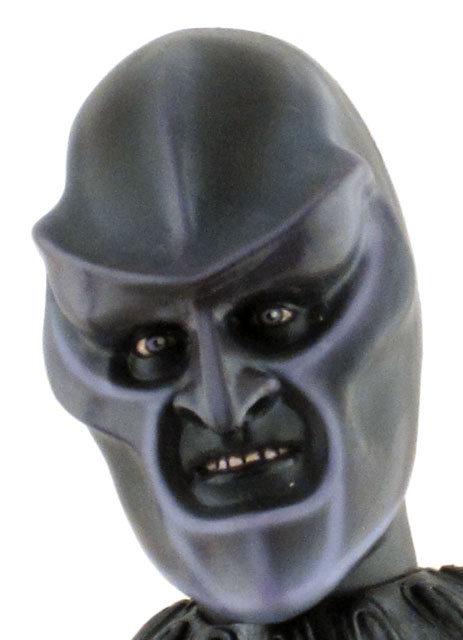 The hands are also well done and are molded specifically to hold the characters included accessories. The interrogation wand fits snugly in the left hand while the right hand can hold the mind control device. 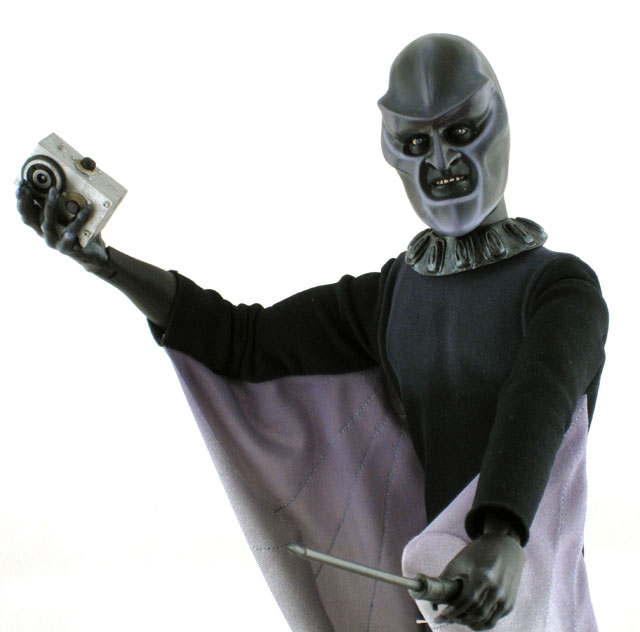 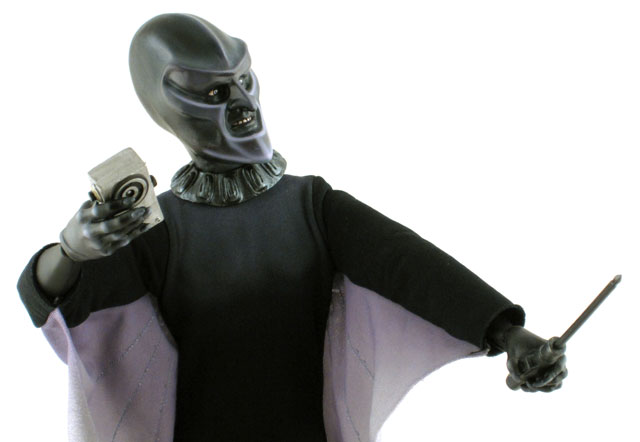 The costume is simply but effective. A plastic collar circles the neck and a black outfit, highlighted with light purple, covers the rest of the body. The wings of the are large and exaggerated, running literally from the ankles to the wrists, but are an effectively spooky addition. 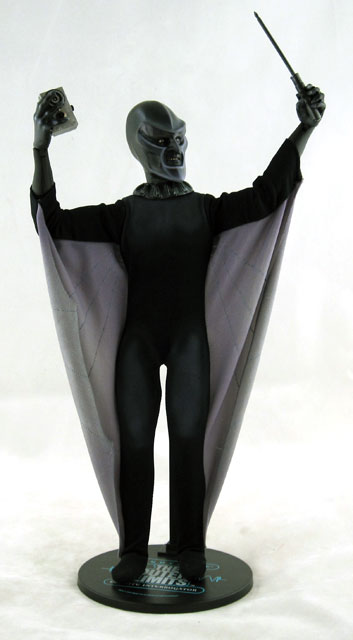 If the figures fails anywhere, it's because the stand (included) cannot really wrap around the figures waist without compressing those wings against the body. The back of the costume can be unbuttoned so that you can insert the metal clamp around the waist under the costume, but you have to really pull it down a bit farther than it goes naturally to do it. Still, I think it's the best way to display it and if it stretches out the costume too much over time....well, so be it. 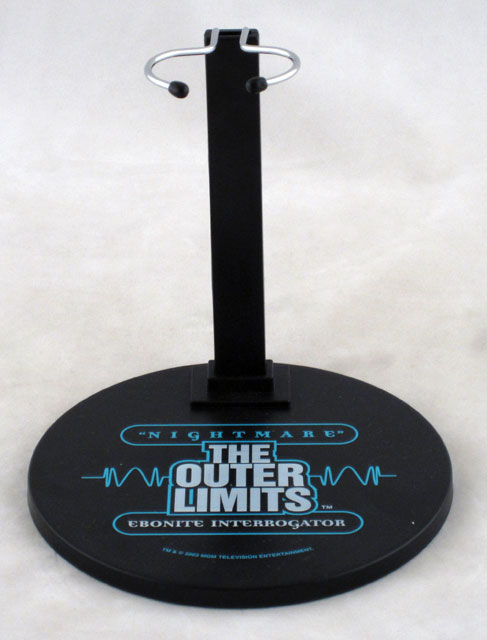 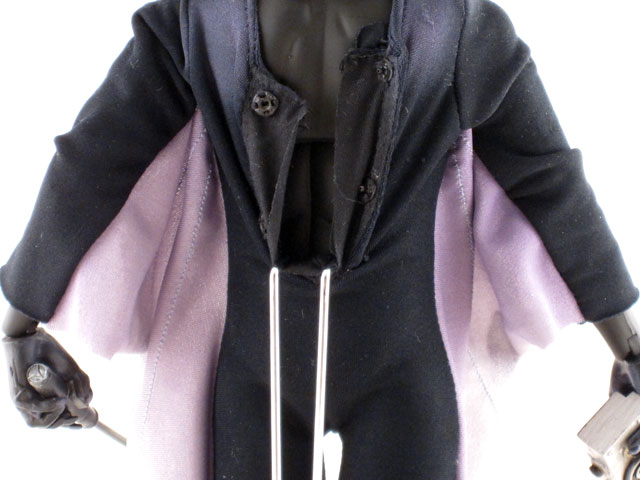 I really like this figure and am glad it never really shot up in price. I got mine for about $10-$15 on Ebay not long ago, along with the Gwyllm Griffiths (review forthcoming). I would highly recommend these to any monster or sci-fi fan. 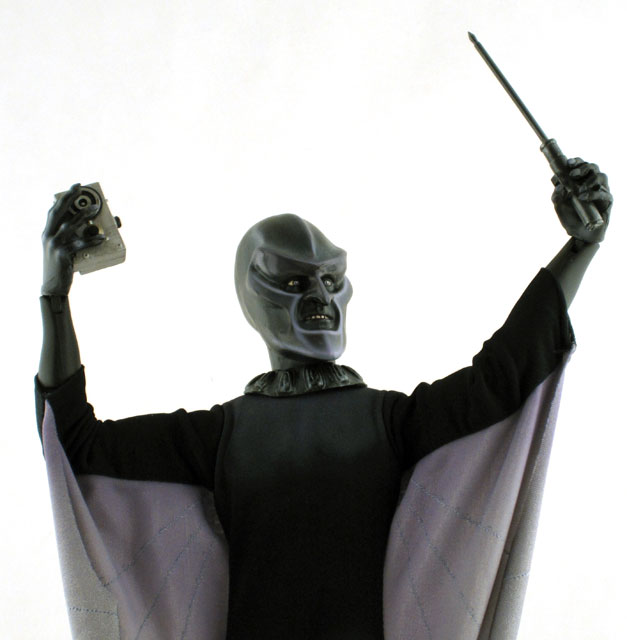 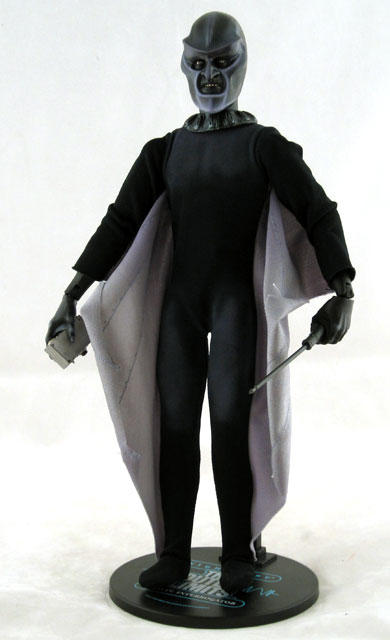 The Ebonite Interrogator was limited to 5,000 pieces.

Thanks for the review. It appears that you've landed an outstanding deal for yours! I love the old Outer Limits show.

Excellent...a perfectly satisfactory toy for such an amazing episode. I, too, love the old Outer Limits. Season 2 kinda fell off...guess they knew they were getting cancelled. But the first season has some stories that totally blow away anything from Twilight Zone.