The Playskool Go-Bots were not the first Transformers for the preschool set. Back in the 80s, Playskool experimented in releasing a line of toys called "My First Transformers" which brought simplistic transforming toys to kids ages 2 and up.

But of course, it wasn't all their idea. Playskool created a line of kid-version Transformers called "First Transformers" from Takara. In that line, the toy was called "C-0002 Dump-Kun". So who came first? Was it a co-developed line? Who knows? My bet is we got the rights to it along with the regular transformers. 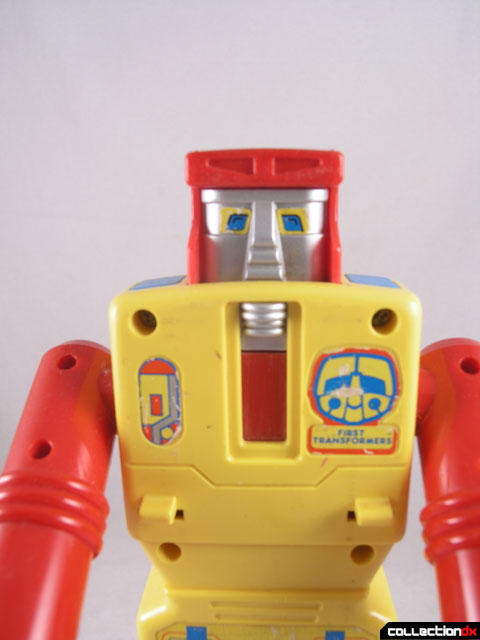 The line didn't do very well, perhaps due to the fact that transformers in 1987 weren't all that complicated to begin with. Playskool only released three toys in this line: Airplane, Dump Truck, and Race Car.

Dump Truck is clearly aimed at the little kids with developing dexterity. Colors are bright, movement is simple, and everything clicks when you move it. 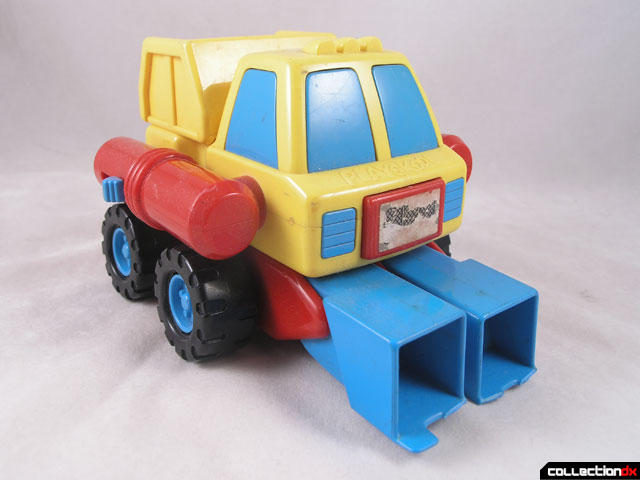 In Truck mode, it makes a convincing toy dump truck that I'm sure the average toddler would enjoy in the sandbox. The shovels on the front feet can move sand around, and the container on the back can dump. 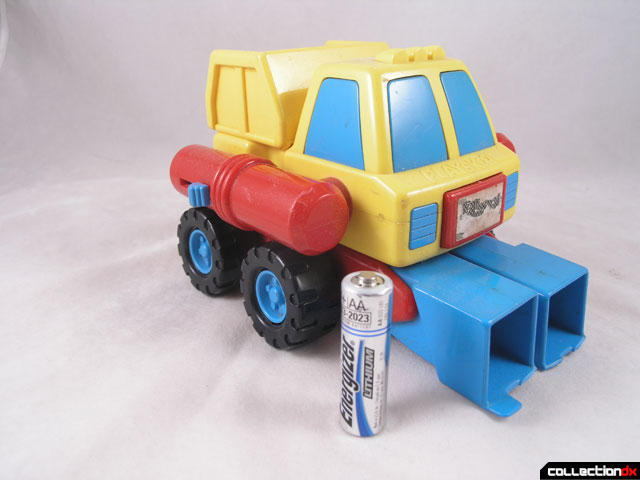 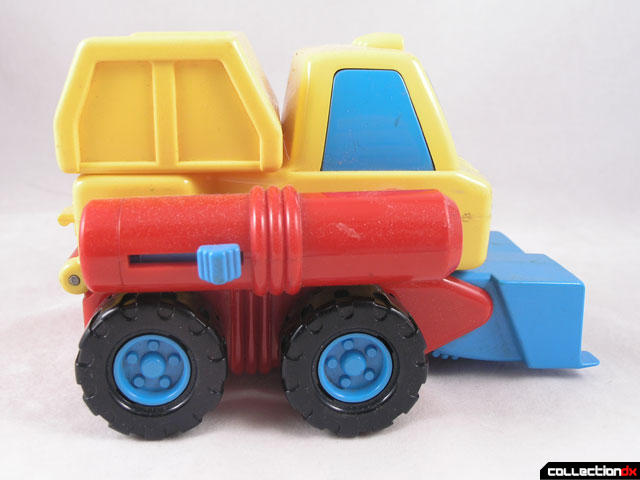 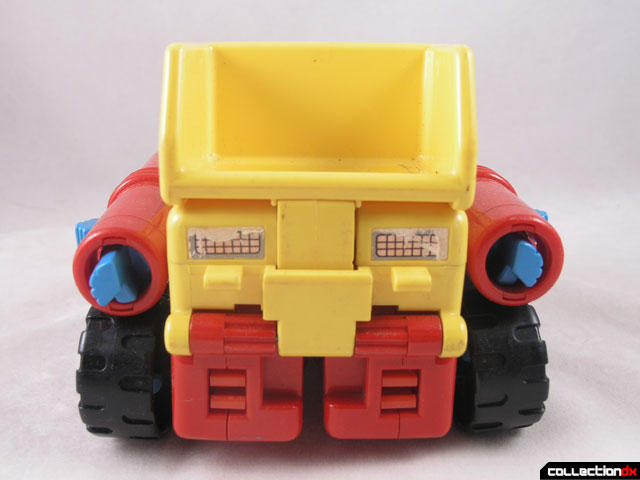 Transformation is easy, as it should be. Fold down the legs, fold up the feet, push down the hands and push up the head. 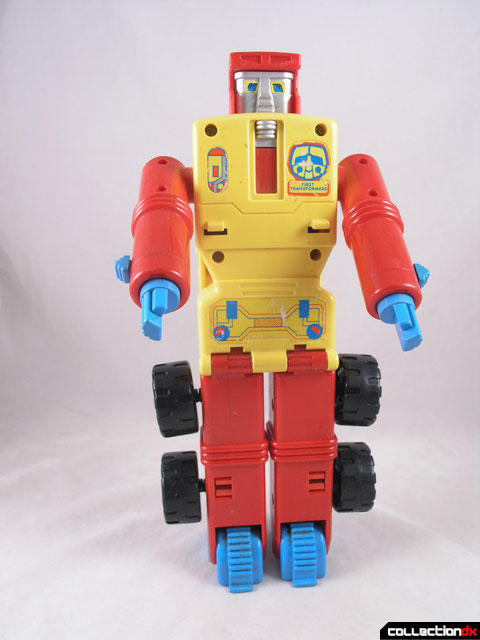 The end result is a stupid-looking robot. Why would any kid want to play with this when their big brother has toys with swords and shooting missiles? If you got one of these as a kid, I feel bad for you. Luckily I was 13 or 14 when this came out so I didn't have to deal with it. In fact, I didn't know the line existed until I found one at a yard sale. 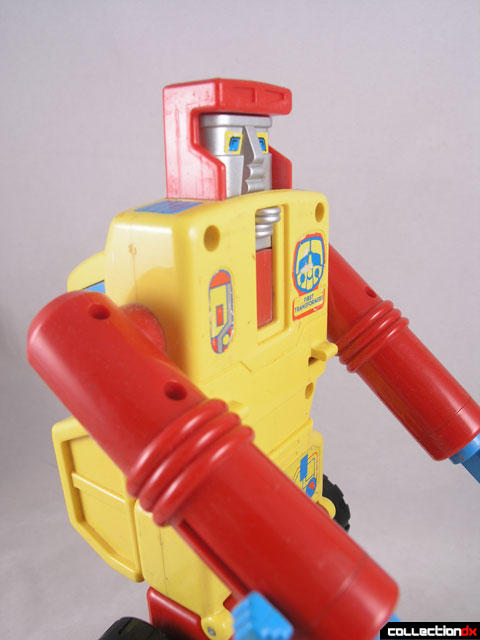 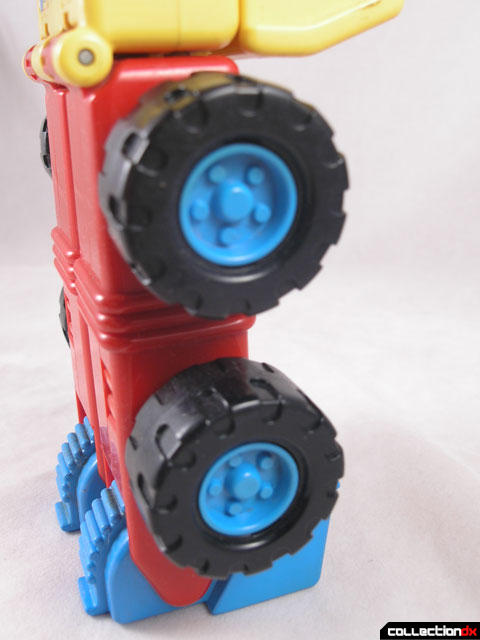 Ultimately it's a curiosity, nothing more. A footnote in the saga of Transformers, only something to be hunted down by the truly obsessed. It's only redeeming quality is its size. 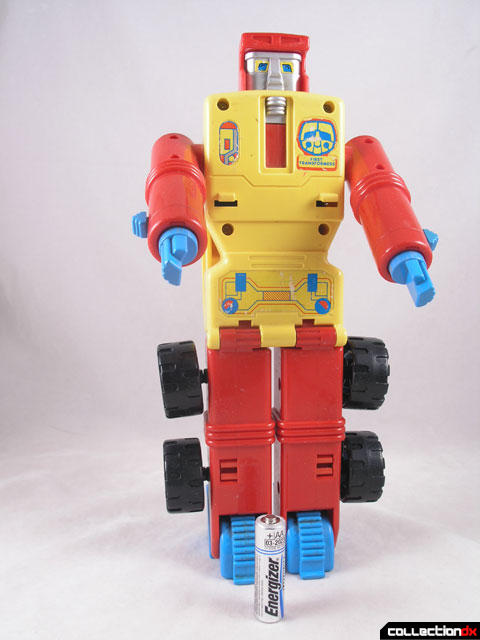 If you want to check out the rest of the line (and a great site about the Playskool Gobots), check out http://www.gobotsarepurelove.com/ 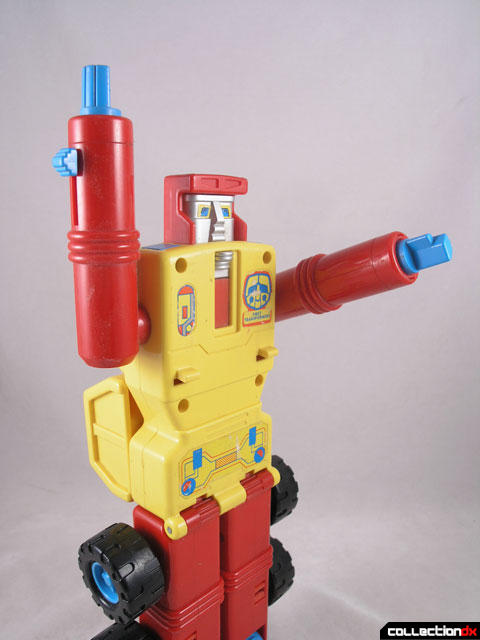 Dude I had one of these when I was like 5, played the hell out of it, until it mysteriously burst into flames.....