I have to say, although this toy is for my kids, I love the look of this thing. 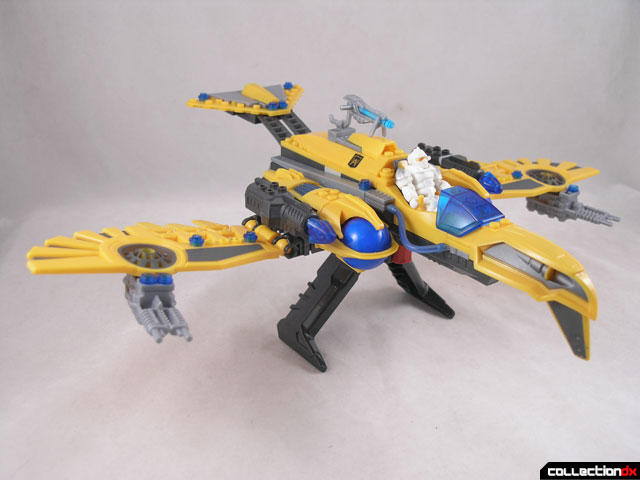 The Dual Blast Dragon Hunter comes from Mega Brand’s DRAGONS UNIVERSE line. It combines Dragons, Spaceships, and Figures all together for a great cohesive play universe.

The build is pretty easy, and good for the younger set. The core of the unit that controls the light and sound is actually one large block, so most of the vehicle is built around that. I was impressed with the durability of the final assembled piece. Whenever my kids build a building block set, either LEGO or something else, it rarely lasts in it’s compelte state. Three months after Christmas, and it’s still in one piece – amazing. My kids beat the crap out of toys, so that is saying something. 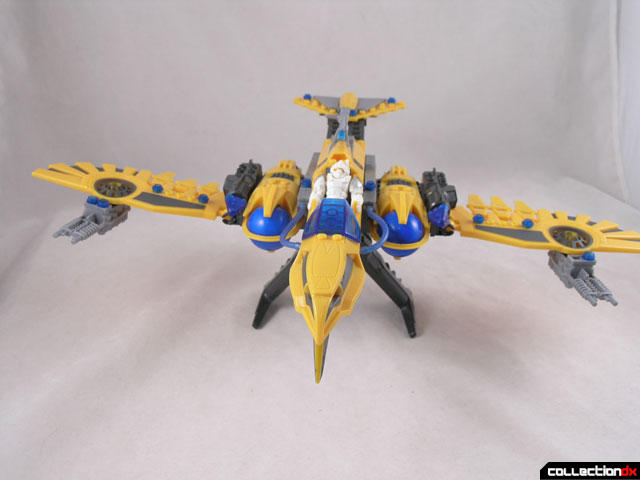 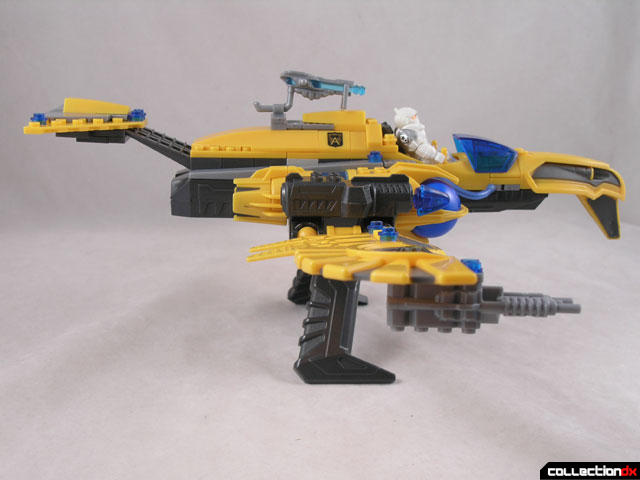 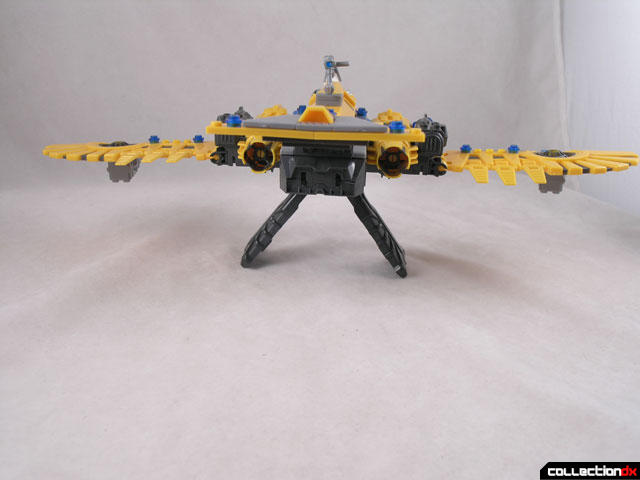 But enough about construction, lets get on to the finished product. The glorious bird-like wings can move up and down, and the individual foils on the back of each wing are also articulated! At the end of each wing are moveable cannons. 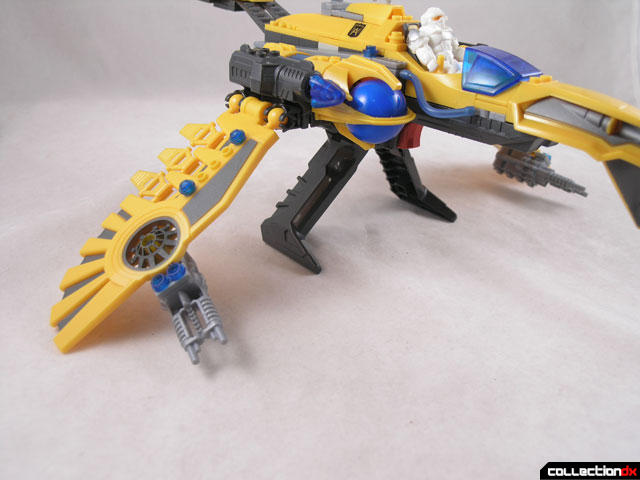 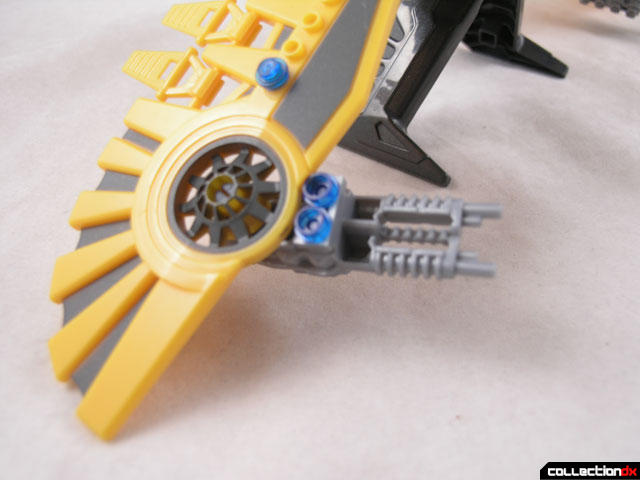 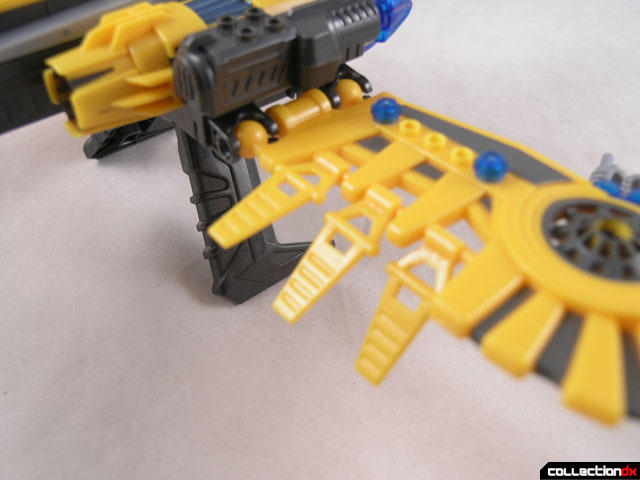 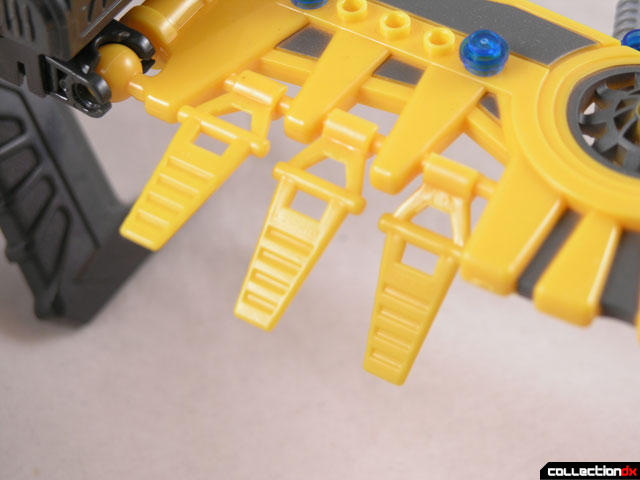 Towards the fuselage there are blue orbs that glow and pulse as you use the various play features of the ship. Next to those are the missile launchers that file actual missiles when the trigger is pulled. 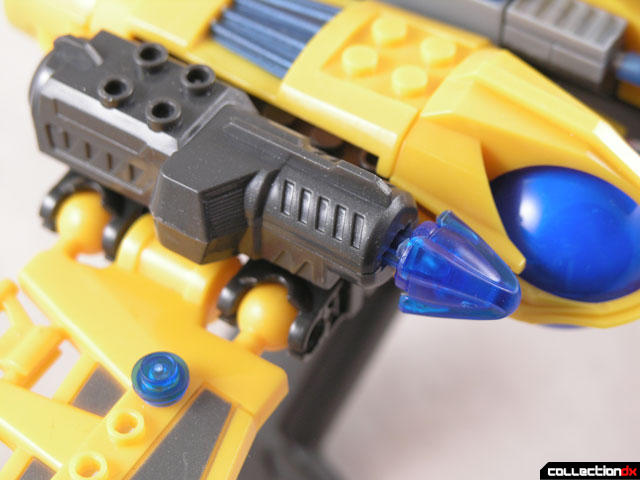 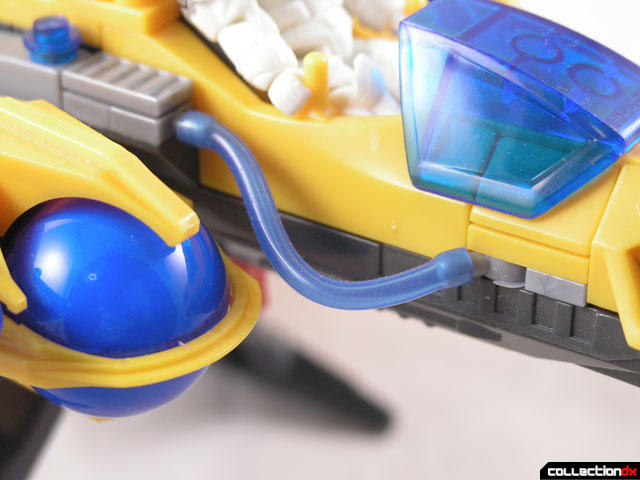 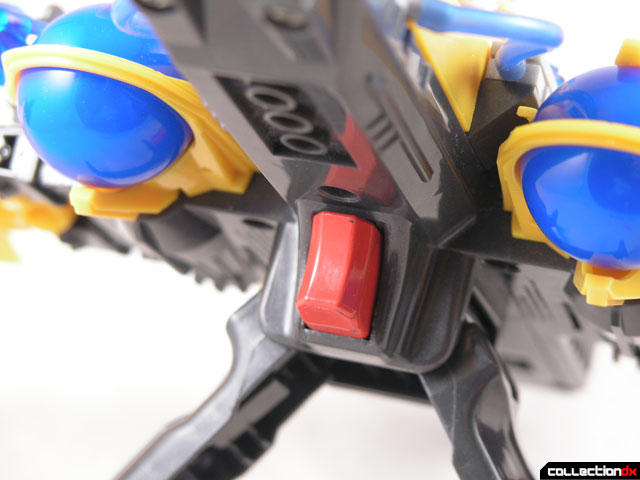 The long sleek body of the ship features a one-man open cockpit and just behind that you can mount one of the figures weapons. Two mini-figures are included. 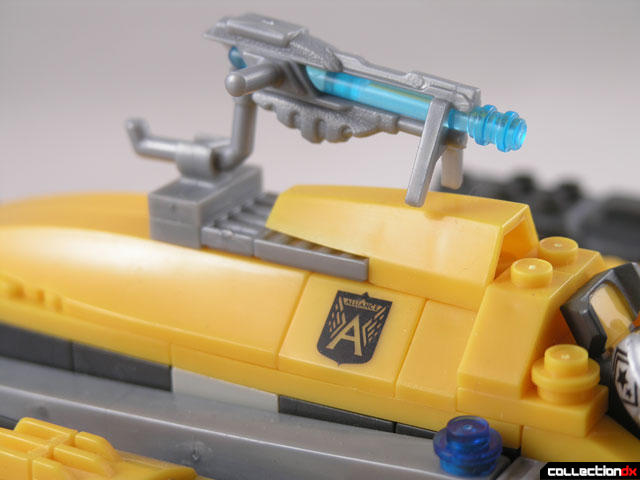 Probably the best thing about this set is the motion activated light and sound set. A switch on the back of the vehicle changes between different sets of sounds. Tilt the ship up and down, and it makes corresponding noises. Pull the trigger and shoot the missiles, again you have lights and sound. It’s very nicely done. 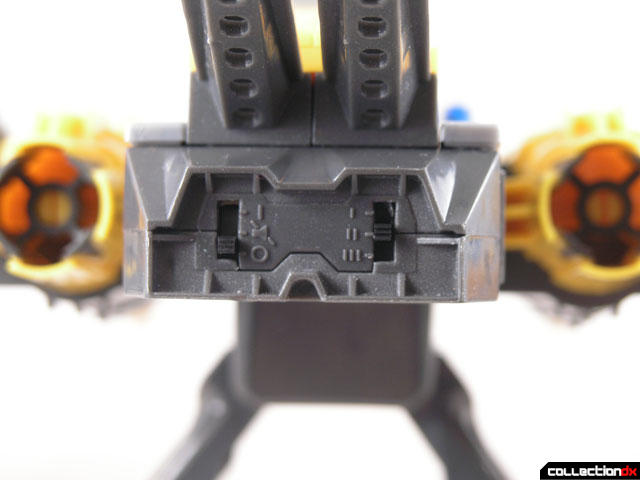 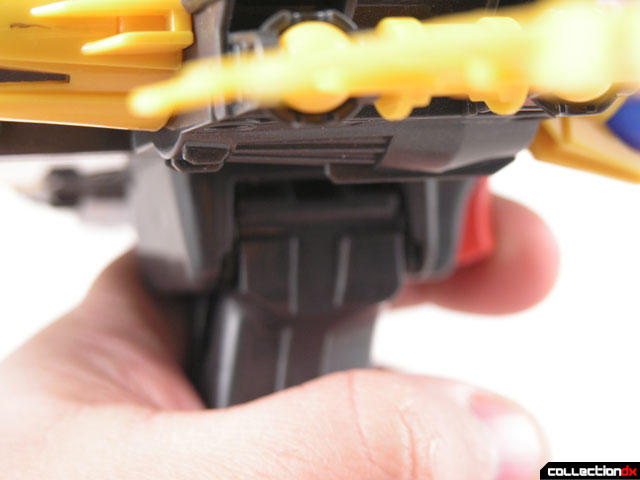 Also included in the set is a small dragon made out of translucent white plastic with blue marbleized streaks in it. 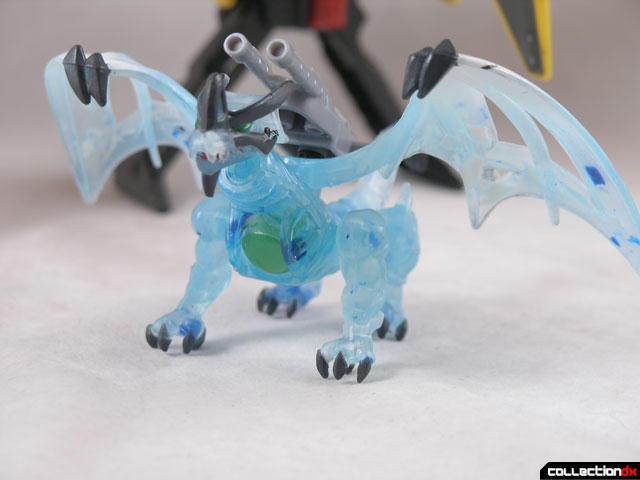 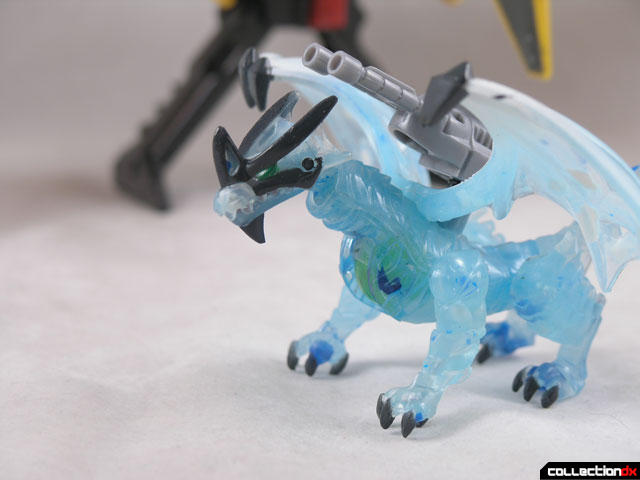 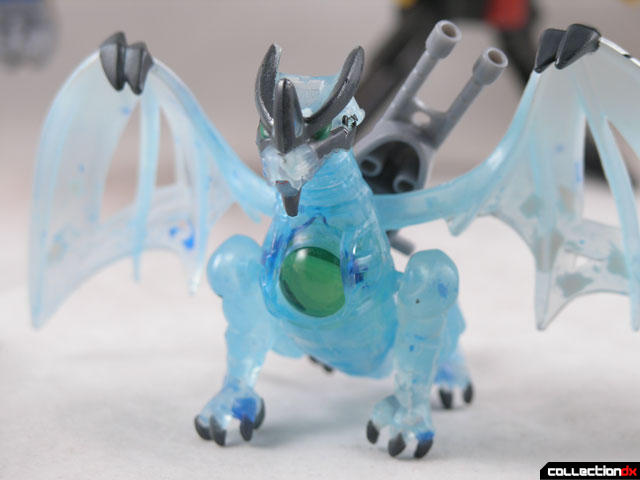 Not only is this set cool looking, but it packs a ton of play value. Collectors of building sets will dig this, and it’s also a great gift for the child in your life.

Aw, that translucent dragon is awesome! I wish they made those in the little eggs like the rest of the dragons.

Anyway, I really like this line, though I've only bought a couple of the eggs. I can't really afford to buy the big sets and the other toys I buy, but it would be cool to choose at least one of these. I wonder if the other big ships come with translucent dragons?

It's like the ARC-170 from "Star Wars" and the Gunship from "Nausicaa" had a baby together.

Since it's compatible with "the other brand" I think customizer will dig this, specially with the light and sound features.