While I can't say that I've ever been a huge fan of the Dr. Jekyll and Mr. Hyde story, there is no denying their importance in the history of horror movies. The same year that the Wolf Man made his first appearance, the story of Jekyll and Hyde was being released for the FOURTH time already, having been made in 1912 as a short, 1920 as a full-length silent feature with the great John Barrymore in the lead, 1931 with Frederich March and finally in 1941 with Spencer Tracy. The 1941 film is probably my favorite of the bunch, but it is the 1931 portrayal of the character that was made as a 12" doll by Sideshow Collectibles. 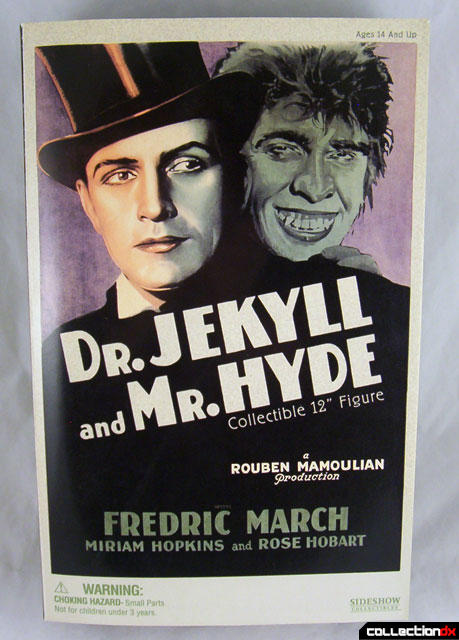 The figure comes all decked out in a tuxedo and looks magnificent. A separate cape can be tied around his neck for added flair. A nicely detailed cane is included and can be held, fairly well, in the right hand. He still doesn't exactly have a firm grasp on it, but it works better than most Sideshow 12" monster accessories. He also comes with a great 12" doll stand that has an image depicting the characters dual nature. The final accessory is the flask that contained the potion which affected his transformation from Dr. Jekyll into Mr. Hyde.

Of course, although the toy is labeled as "Dr. Jekyll and Mr. Hyde", you only get Mr. Hyde. There is no swappable heads or anything like that which would allow you to display either character. I guess it would be cool if there were, but hey, who really wants to display Dr. Jekyll anyway, right? It's Mr. Hyde you watch the movies for and it's Mr. Hyde you'd buy the figure for. 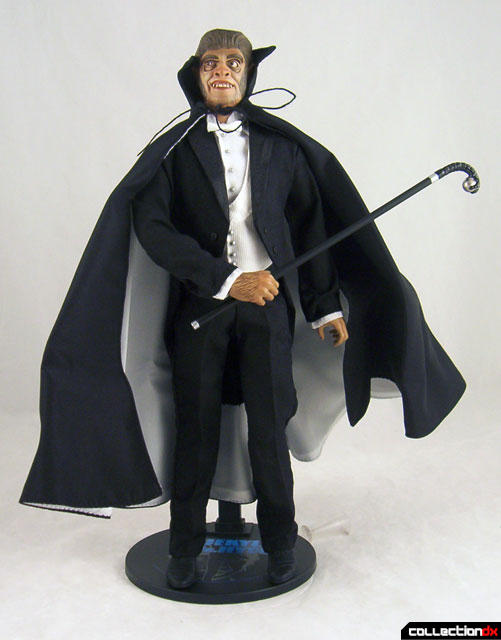 This is a great looking doll. The costume is well done and so is the sculpt and paint job. I love the packaging as usual. But there's always that one thing......

Wanna hear the most annoying, mind-boggling thing you've probably ever read on this site? Then dig this...

Twisty ties are evil. We all know that. Twisting them around the doll underneath the clothing is excessive. I think I've
covered that. But this doll went way, way beyond the realm of rational thinking. This one actually had string sewn into the collar and run out through the back of the cardboard insert and tied. I had to actually cut the string at the collar in order to free the doll and make it look presentable. Insane, isn't it? A similar thing occurred on my 30" Superman, but at least on that toy, the string simply ran through the cape and could be slid out. Not so here. I had to actually cut the thing away, being very careful not to damage the costume in the process. 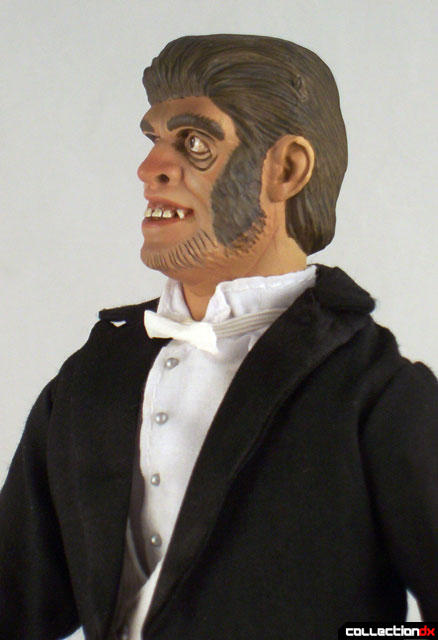 Other than that, and maybe that it's not the most interesting character to me, I must say that I love the figure. Mr. Hyde was limited to 2,000 pieces. 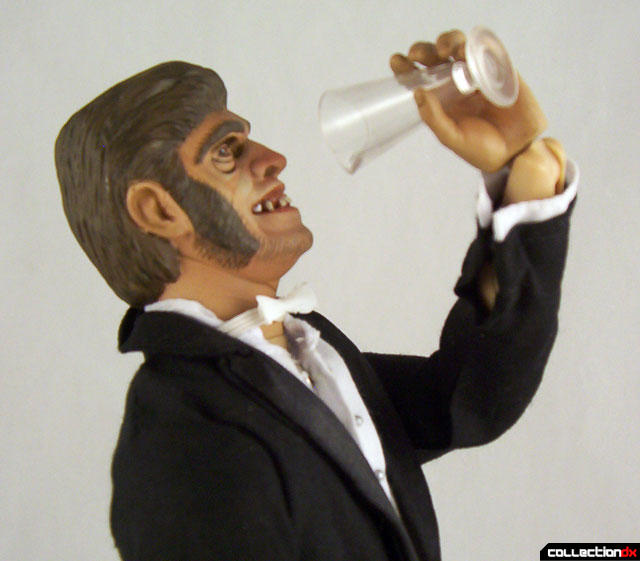 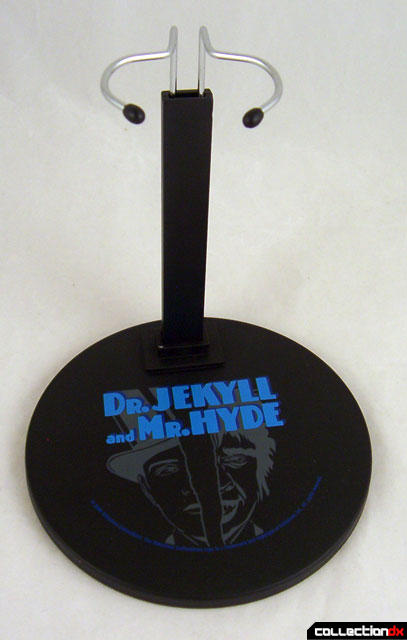 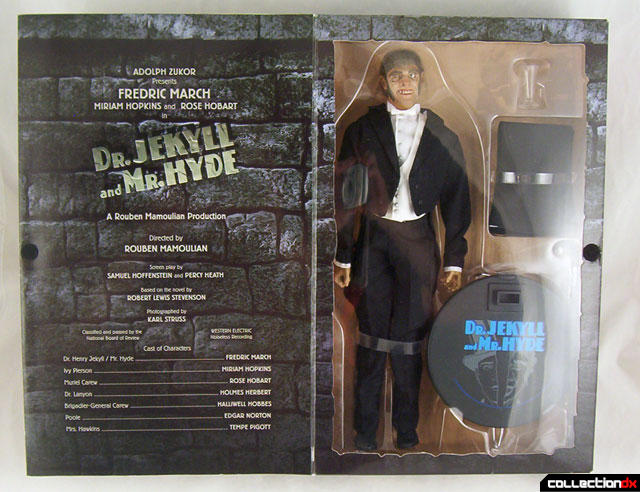 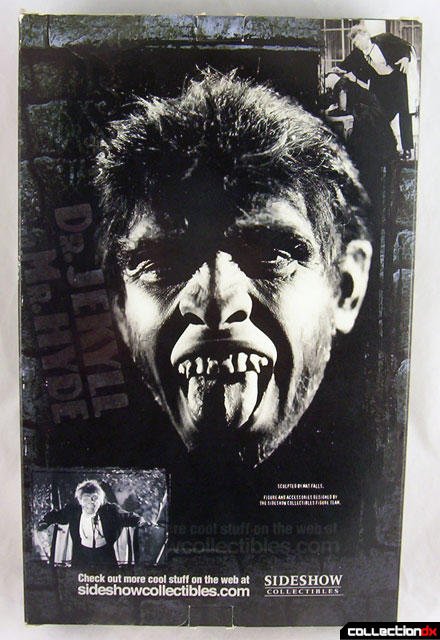 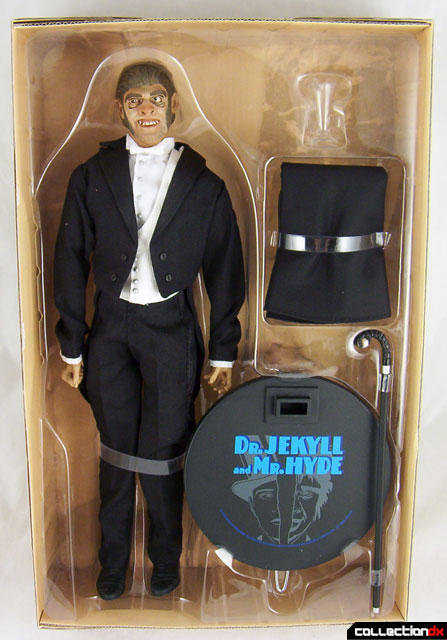 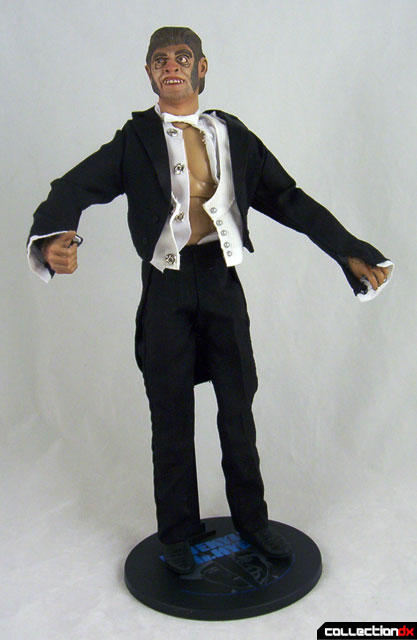 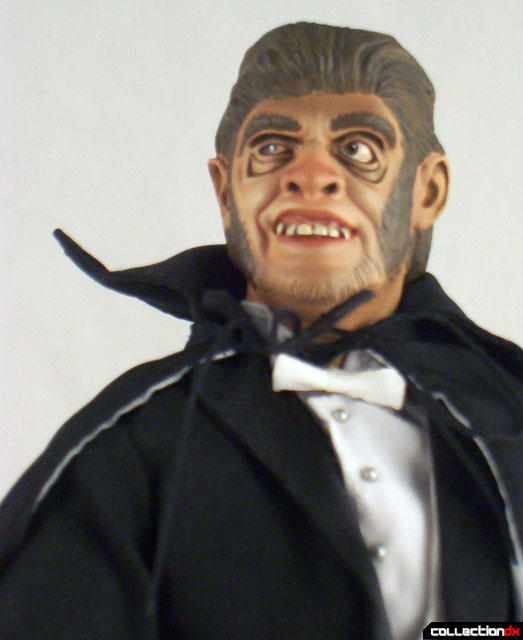