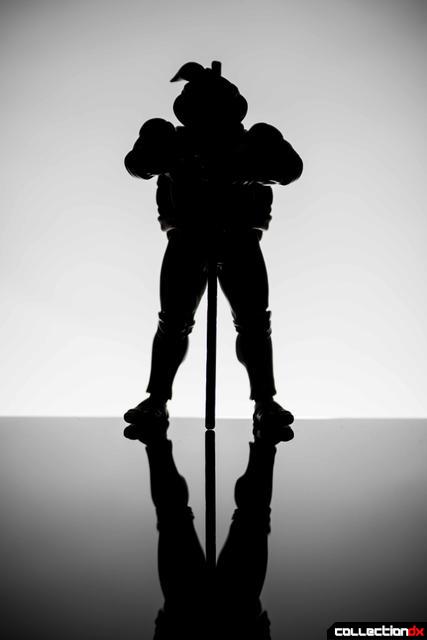 Donatello has always been my favorite Ninja Turtle. Before STEM became a big buzzword, kids in the 90's didn't really have many science related idols to really look up to besides many Carl Sagan, Bill Nye and I guess Beakman's World, but to me, Donatello is what made me want to be a 'scientist' and eventually pursue a degree in engineering once I realized you can't be just a 'scientist'. Not only did Donatello always build all the cool TMNT vehicles, he was also always the best character in the TMNT video games so I was really excited when he was announced as one of the first two TMNT SHFs released. 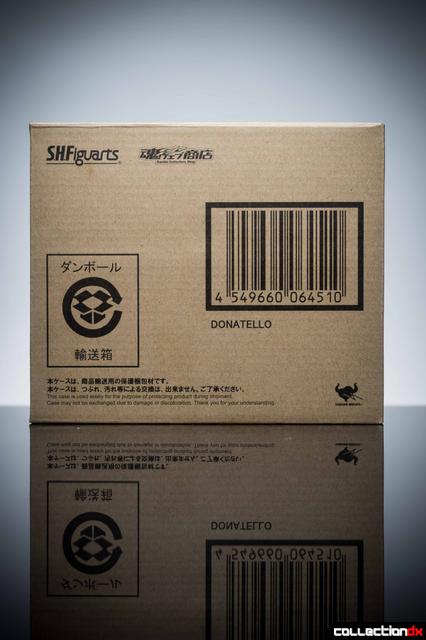 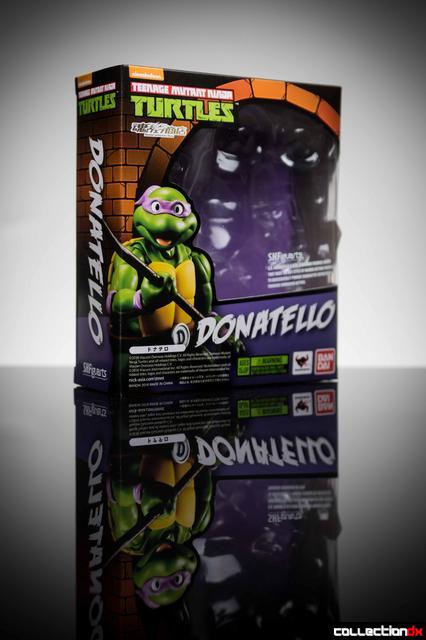 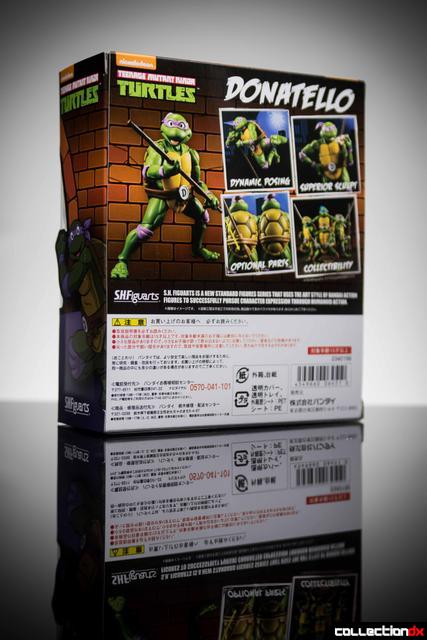 The TMNT SHFs were actually released as web exclusives in Japan while being regular releases in the US. This really shouldn't be a surprise as I doubt a generation of Japanese children grew up watching the cartoon like in the US. 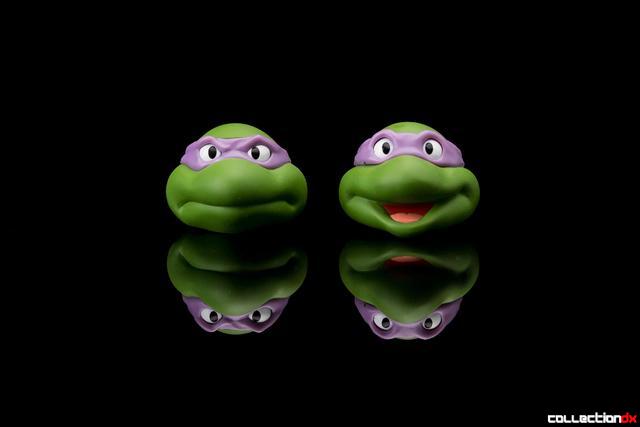 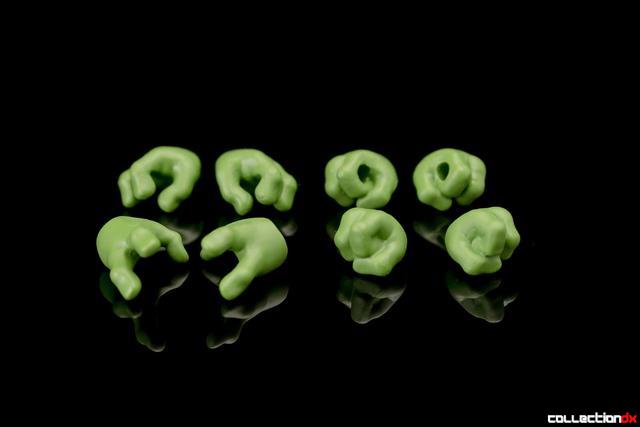 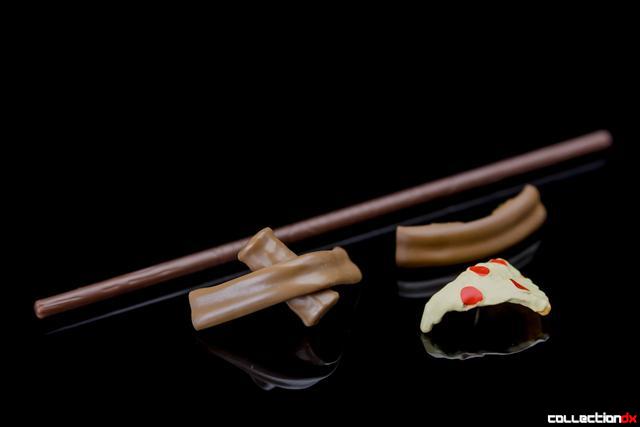 Donatello comes with a decent amount of accessories, including two heads, 4 sets of hands, two rear belt pieces, a bo staff, and most importantly, a slice of pizza. 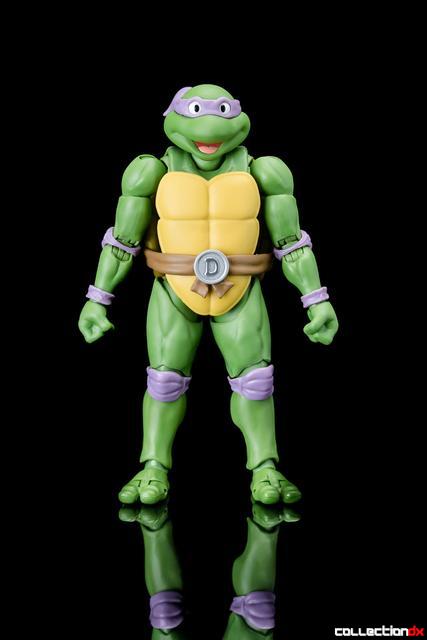 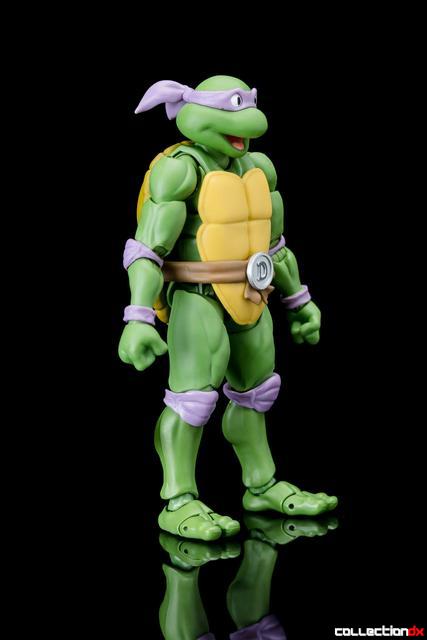 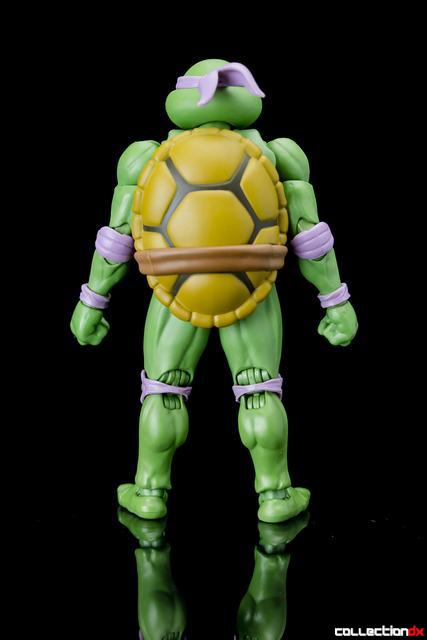 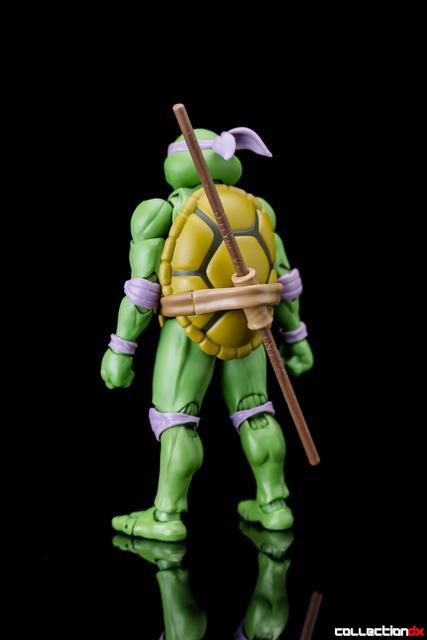 Like most recent SHFs (we don't talk about Ghost), Donatello has an incredible sculpt that's nearly a perfect representation of the 90s TMNT cartoon design. The lower legs and feet are entirely metal to help balance weird proportions of a humanoid turtle but are also a little concerning as many older SHFs with metal feet have issues with becoming loose and chipping. 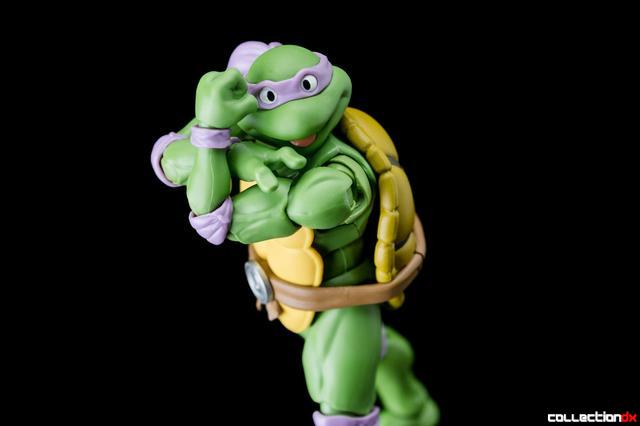 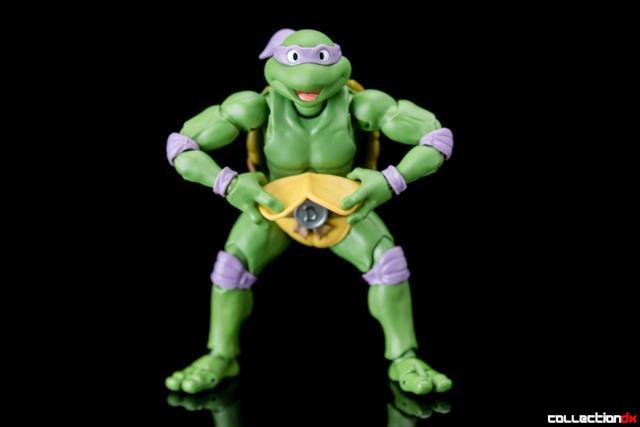 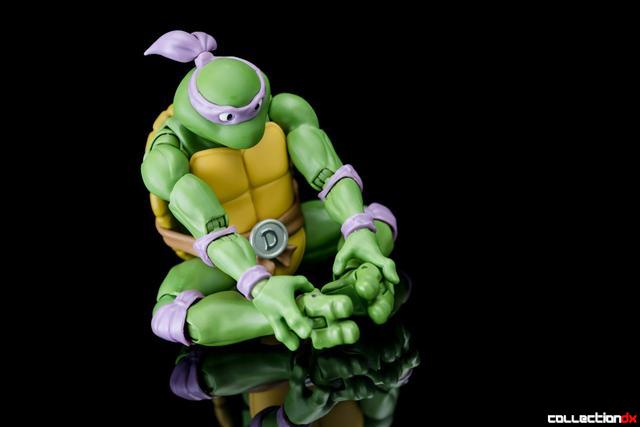 Articulation is fantastic, though not quite as good as the SHF First Order Stormtrooper primarily due to limitations of being a turtle. The arm articulation is probably the best I've seen in a SHF with an incredible range of motion. They even managed to throw in a waist joint by using a soft rubber chest that can flex with the figure. The only downside is the leg articulation, which goes back to the old style drop down hip joints instead of the newer styled ones. The legs still have a good range of motion, but don't expect any fancy kneeling poses. Again, a large part of this is probably just due to the anthropomorphic turtle design. 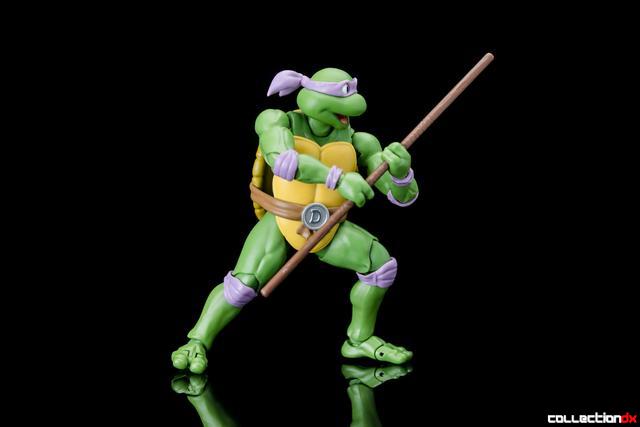 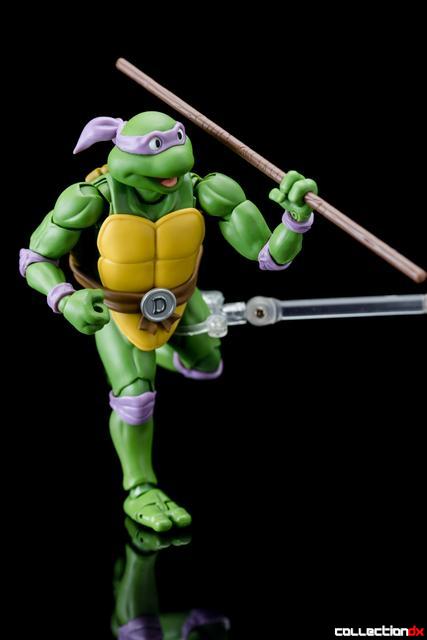 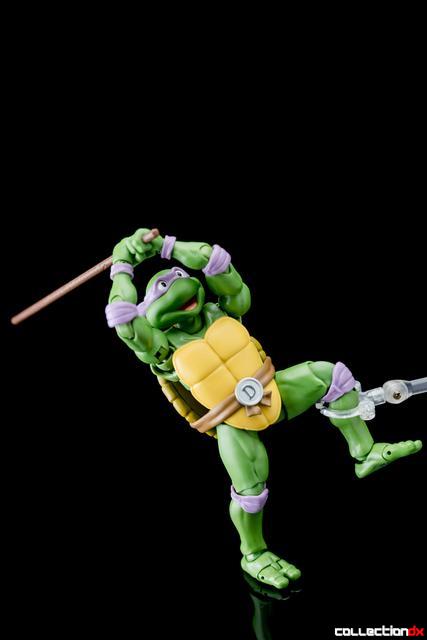 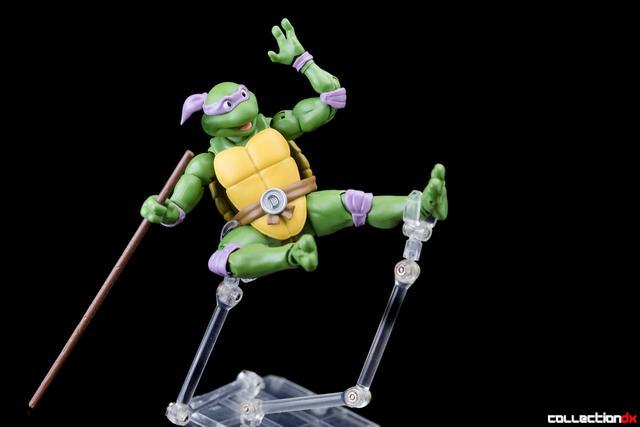 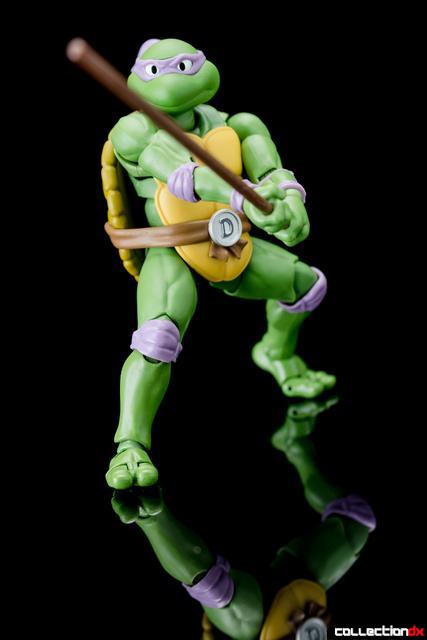 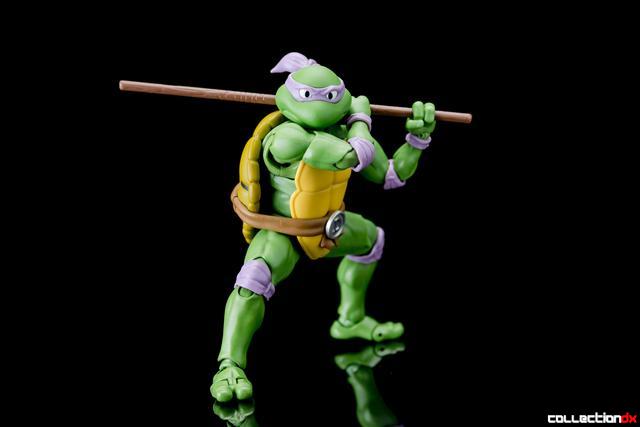 The announcement that TMNT SHFs were being released was pretty unexpected, but the recent push for by Bandai to release more western focused figures has resulted in a lot of great figures. Other than the slightly limited leg articulation, I think Donatello is the new definitive Ninja Turtle figure. I'm pretty biased in this as I really do only care about the 90s animated series, and none of the subsequent series have had any interest for me, but considering the only other options in the ~6in scale are the weird playmates or the notoriously poor QC of NECA figures, i really don't think there's any other option for a near perfect Ninja Turtle. I loved Donatello so much I immediately went out to buy Leonardo and will definitely be picking up Mikey and Raph. I do hope this line sees the success that the DBZ figures have and we can get hopefully get more characters made. 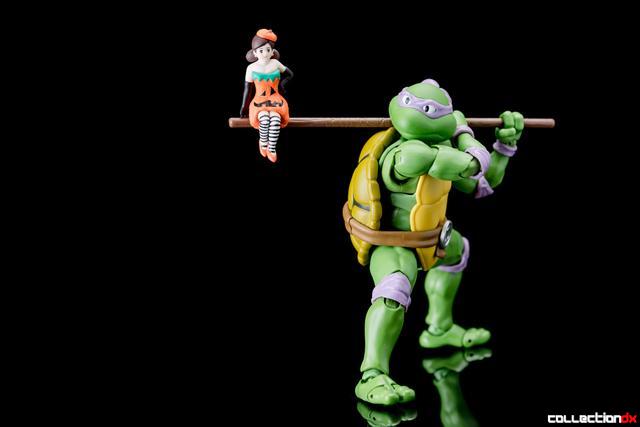 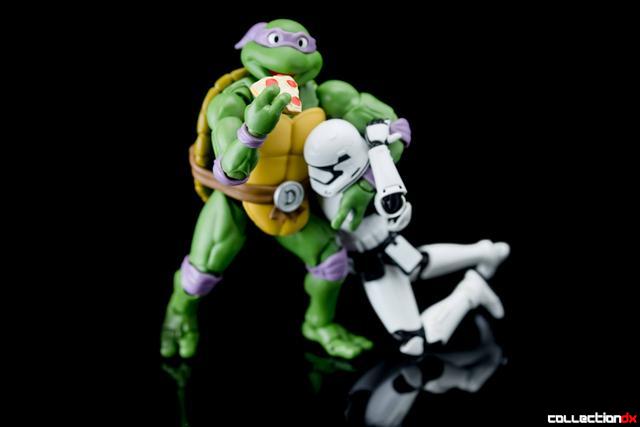 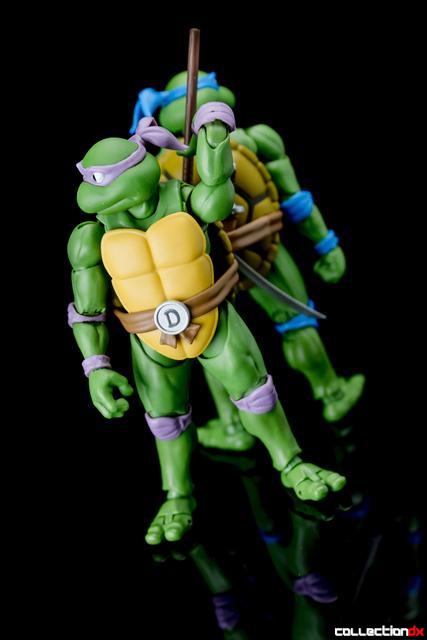 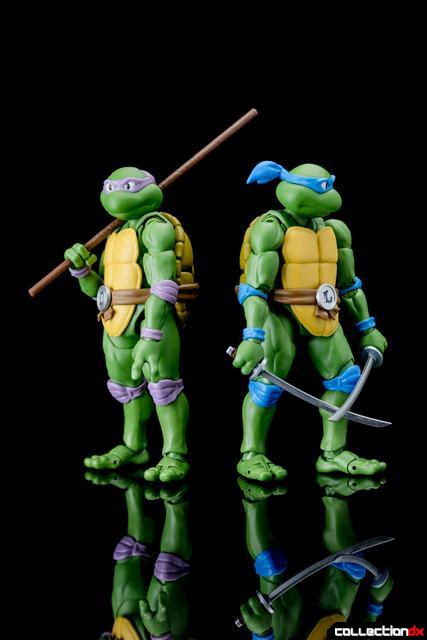 2 comments posted
Ditto on him being my

Ditto on him being my favorite because he was the brainy member of the team. Heh.

In fact, I still have my original release Donatello action figure. And when I went to college in '88, he was one of the few personal items I kept on my dorm room desk to show visitors what I was into (he was joined by a wind-up Lost in Space Robot and Robby the Robot). It goes without saying that I was tickled to meet Barry Gordon (voice from the 80's cartoon) last year and hang out with him for a bit. He was super nice and friendly. And just last week, I got to likewise chat several times with Ernie Reyes, Jr. who played Donnie in the first live-action film (as his stuntman). Got a pic of him holding my much-loved action figure, too.

I'll never ditch my original, but these SHFs do look like they stepped right off the screen. It's remarkable how far action figures have come!

Excellent photography, really did the figure justice. Having zero interest in anything post the original cartoon myself, I'm finally intrigued by a modern representation of the classic design. With NECA's latest limited TMNT releases being virtually impossible to purchase (especially for non US residents), I gotta say these Bandai figs have definitely eased the frustration. I just hope that Bandai builds on the line...