Amari is another member of Alpha Team 1, the second female on the team. She was released as part of Series 2 of Final Faction, the affordable toy line at Dollar Tree.

Amari has a nice card with a great illustration. The back has a proper bio with other items available on the line. Compare this to the back of a Hasbro Star Wars card, which insists on everything being repeated in 17 languages, and legalese for miles. 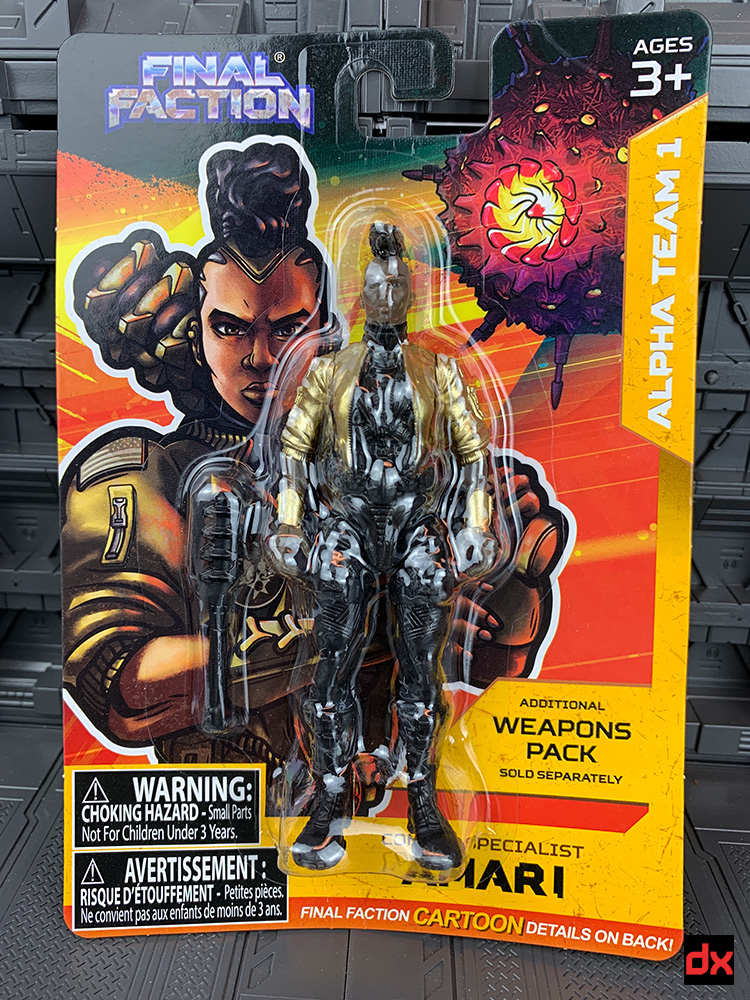 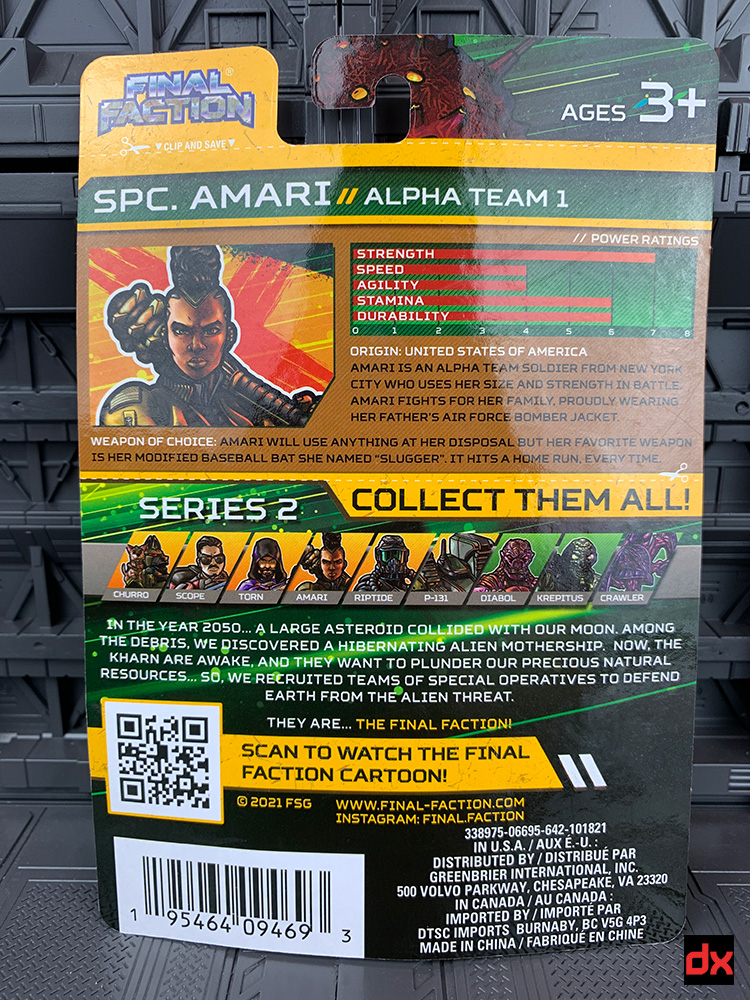 The package lists "Additional Weapons Pack Sold Separately" but I don't think they've released a special weapons pack just for her. All she comes with is her bat. The only QC issue for me is the rather large gap in her neck. 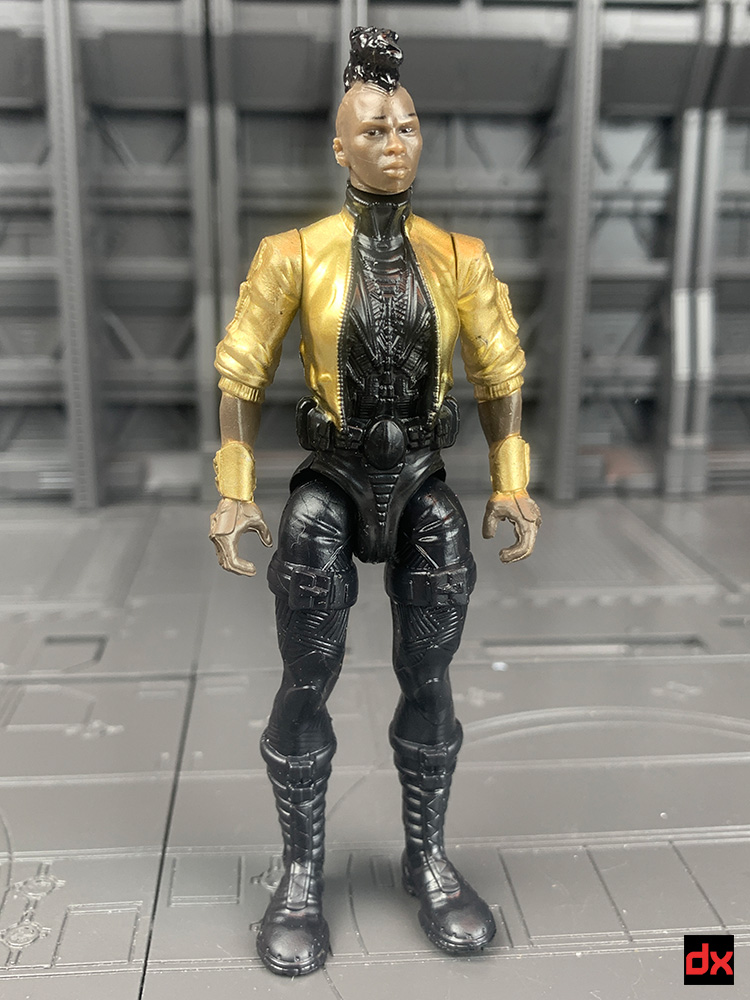 Amari's sculpt is great, but like all FF toys, she could use a few more paint applications. She's suitably muscular and does look like the brute the card says she is. 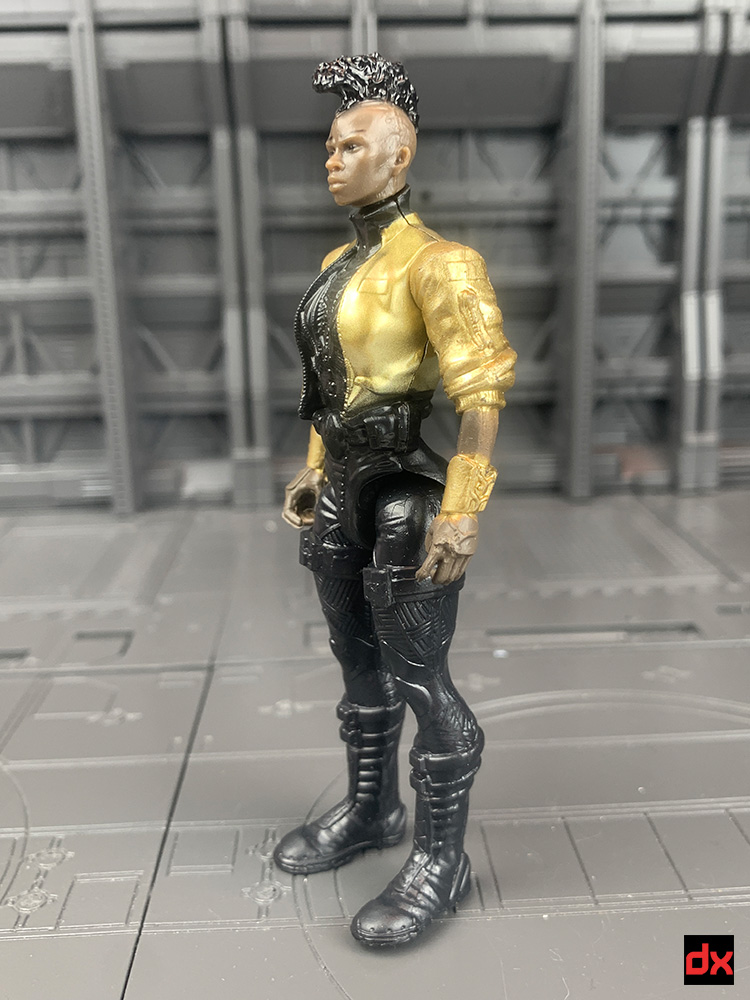 She does have a cartoon-ish backside, and the screw holes are a bit obvious, but again - a dollar. 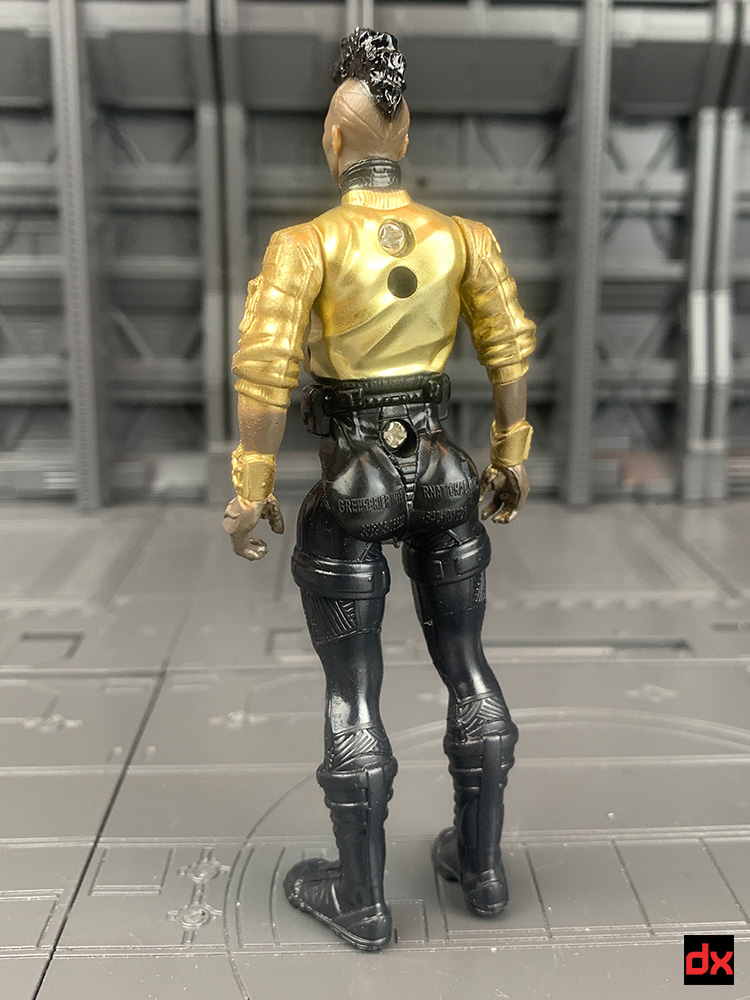 Her included weapon is more like a battle club than a bat. It's fine, but I would have liked a peg to attach it to her back. 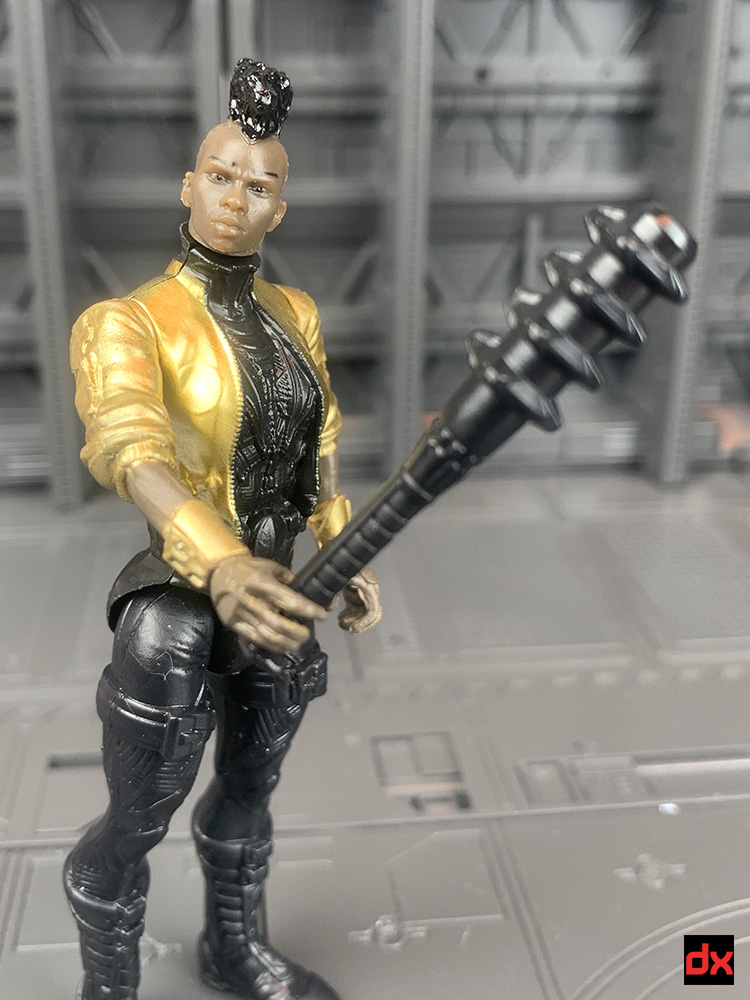 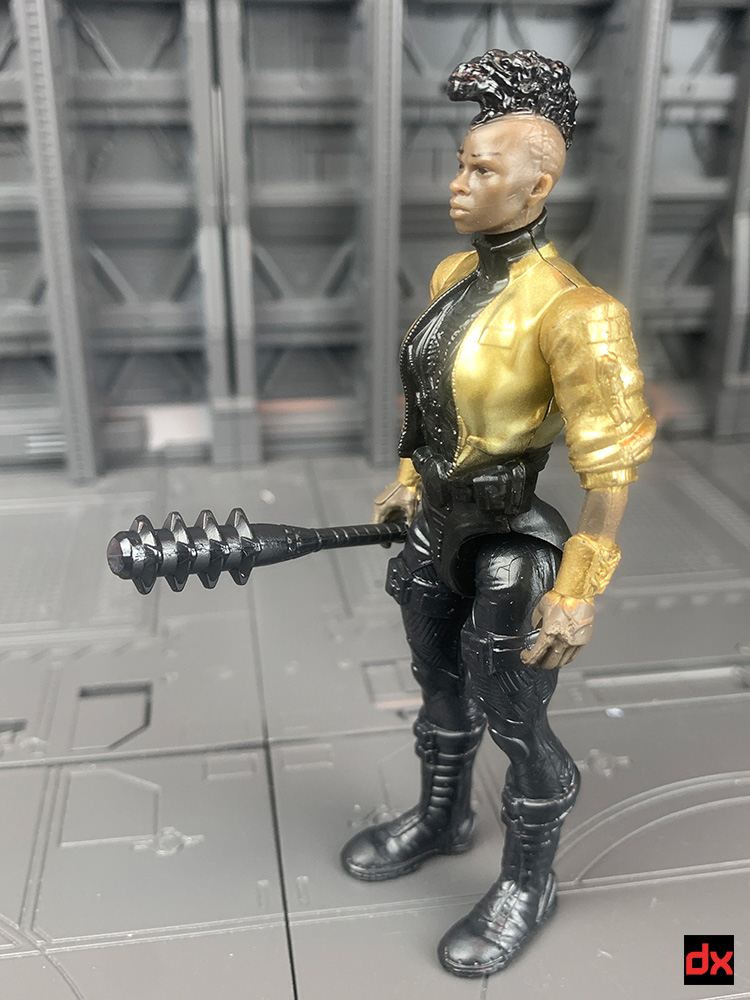