Ever since I was a child Doctor Octopus has been my favorite Spider-Man villain. I dunno why; he just is. Maybe it’s the bowl cut. Or that otherworldly green and orange suit of his.

Anyway, this has been my toy since Summer 1996 when I was met with and ultimately fulfilled a bribe by my parents. You see, I was learning to swim but was too frightened to swim across the deep end from side to side. So, in order to motivate me they offered to buy me that Doc Ock toy I was so keen on the previous day if I swam.

And history was made.

This toy has stuck with me—and the 90s—since then.

Seriously, though, this thing is TOO 90s. 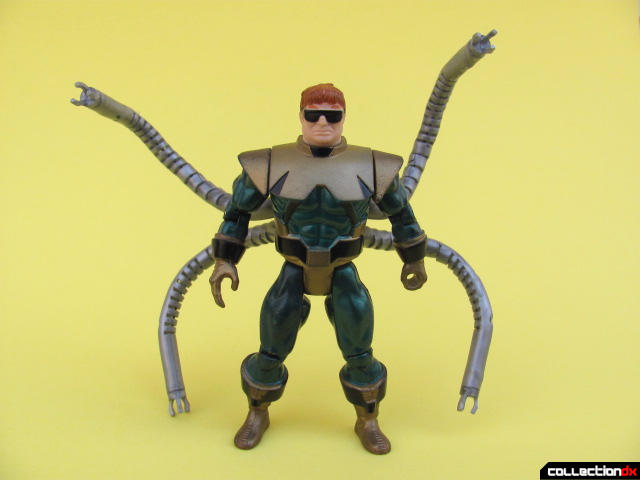 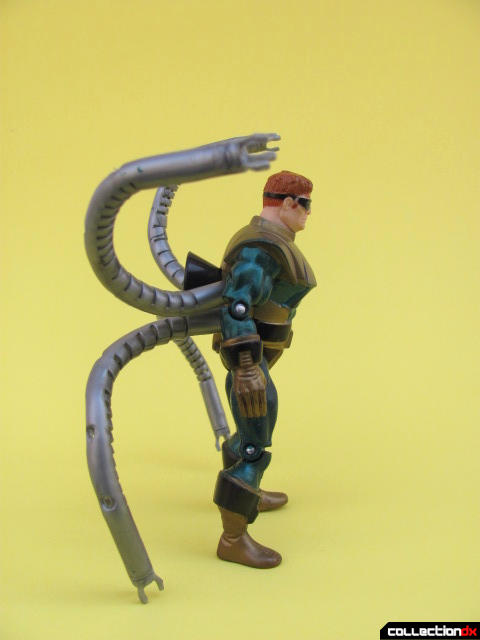 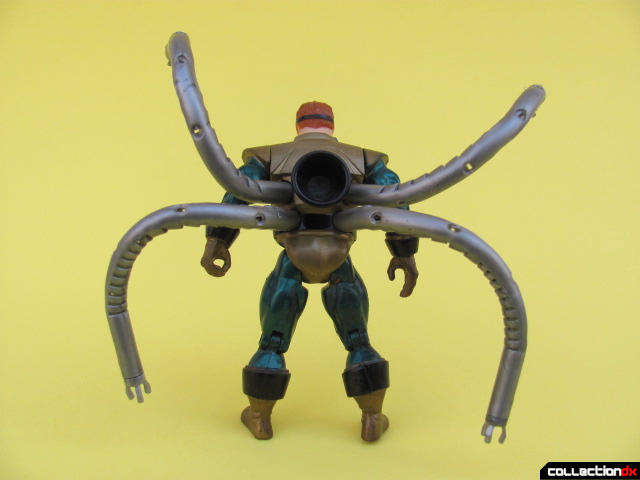 His sculpt is rather good all things considered. While he suffers from PLS (Power Lifter Syndrome), a rather omnipresent staple of the 90s, those ‘roided out muscles as well as his face and armor look pretty dang good. His face is gormless with those square shades, bowl cut, and irrefragable frown, and his muscles—while stunningly out of place—are physiologically accurate. 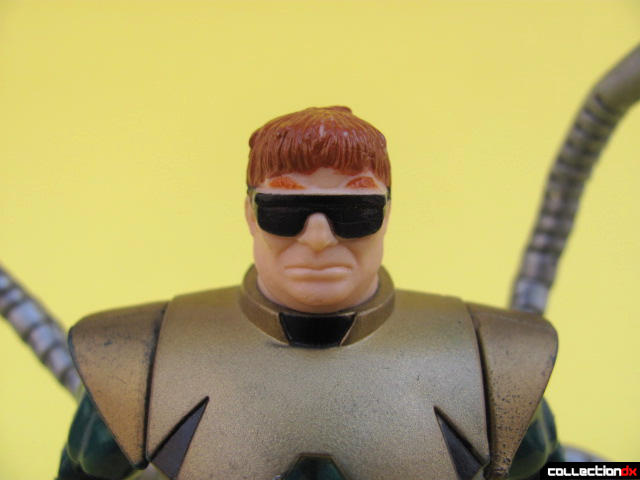 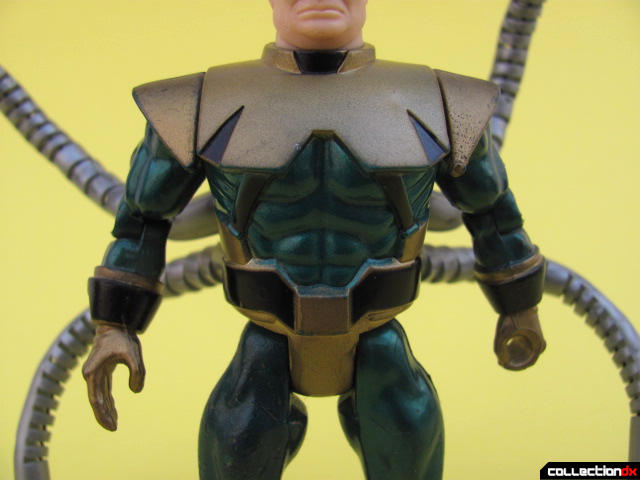 The paint is somewhat of a mixed bag of 90s and “oh merciful heavens.”

The jade and gold of his armor is a nice although ostentatious display. Its application is messy from place to place and only about half of it is from age. The jade possesses a sheen to it that is not unbecoming and a nice offset to the gold and black. 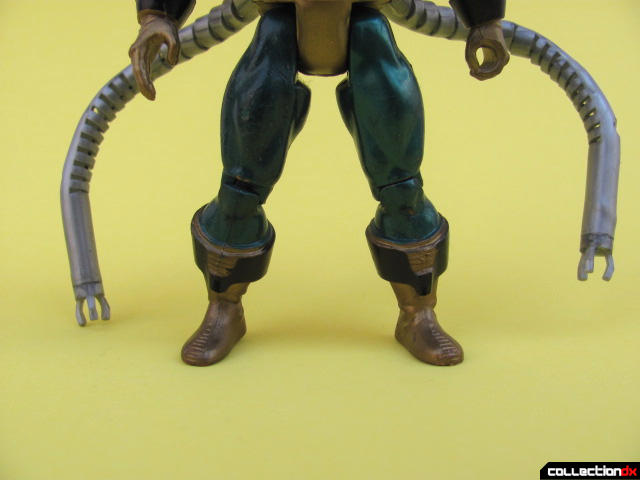 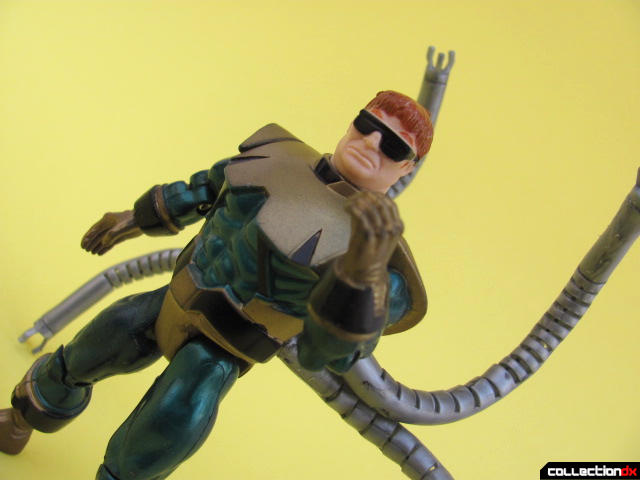 Articulation is what you expect: single jointed knees and elbows; and a swivel neck, shoulders, and hips. Nothing special yet par for the decade (and par for Star Wars toys until about five years ago). Not much can be done with this toy but it’s dynamic enough to be played with: 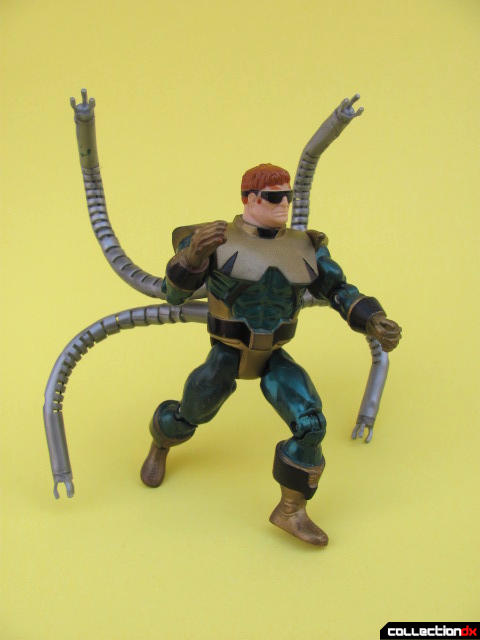 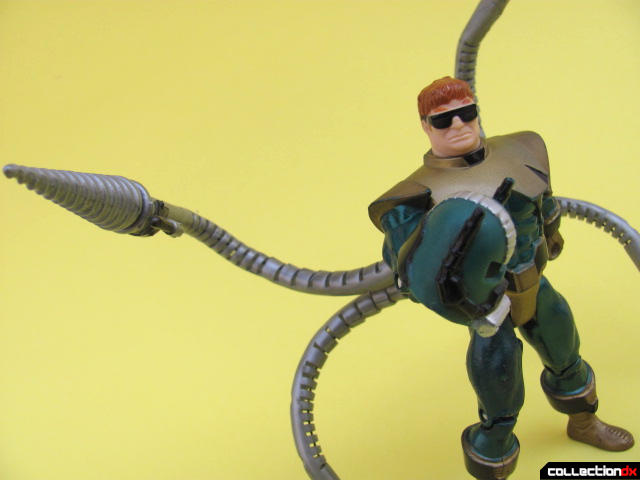 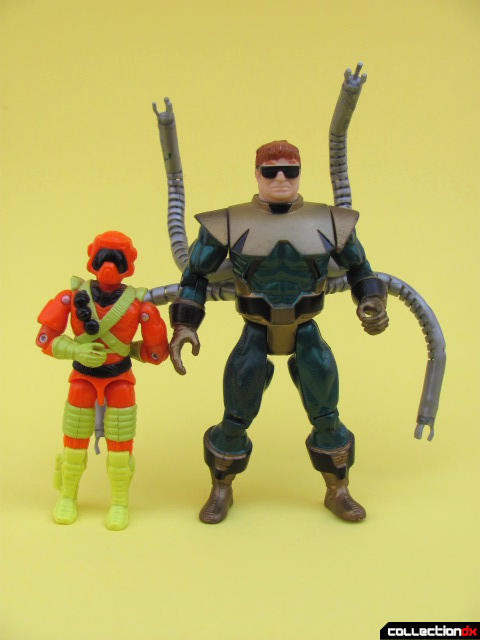 Speaking of accessories, Doc Ock being of the TECHNO WARS line comes with armor and weapons that he has dubbed the SPIDER SQUASHING GEAR.
I kid you not. 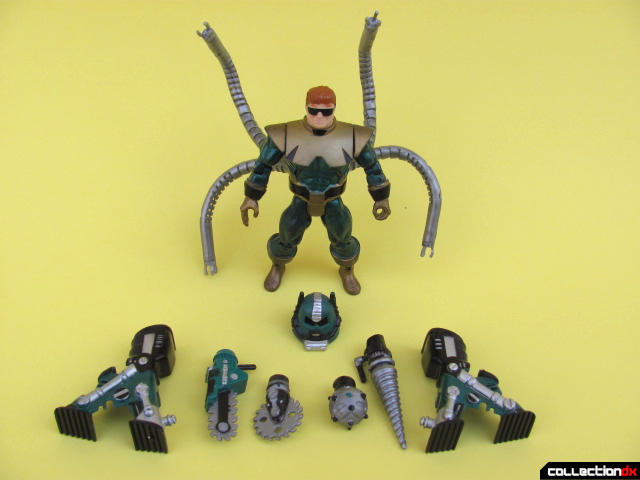 Anyway, all these accessories can be quickly attached to render a rather silly yet deadly looking machination: 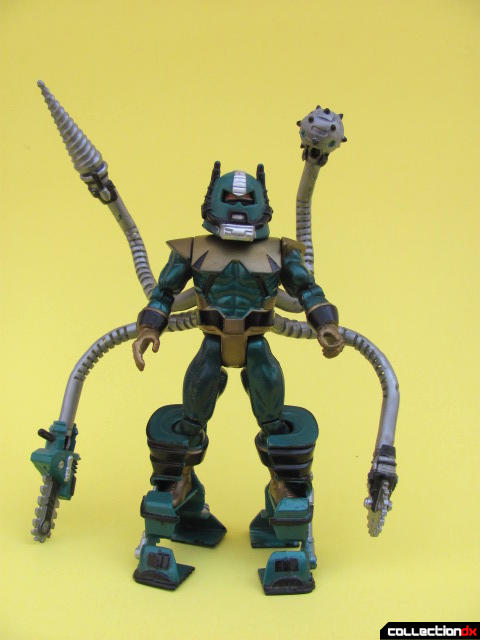 All this does is limit his previously limited leg articulation and weigh down his already hampered tentacles (‘cause they already aren’t that great and staying up).

I’d be lying if I said it doesn’t impress, though (especially back in ’96). 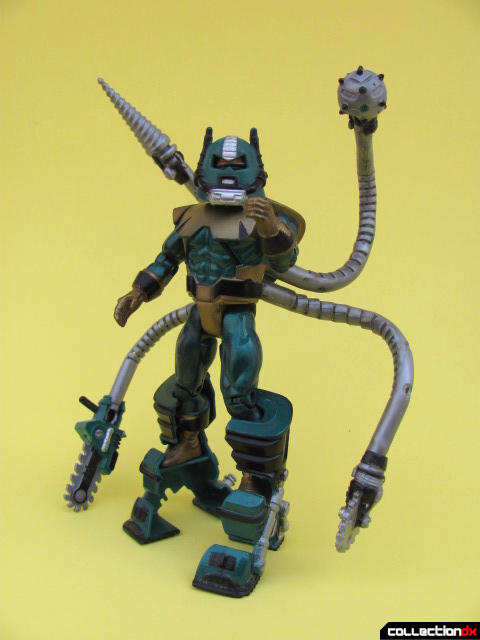 Ock stand at 6.5 inches tall with his SQUASHING GEAR on. 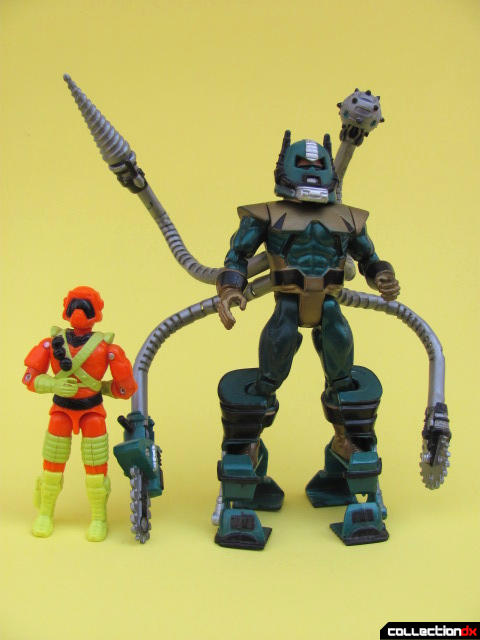 Lastly—and leastly—Doc Ock sports and action feature. If one were to pull the tab on his back a thread in each tentacle gets contracted and each tentacle acts as if it’s coming forward to GETCHA! 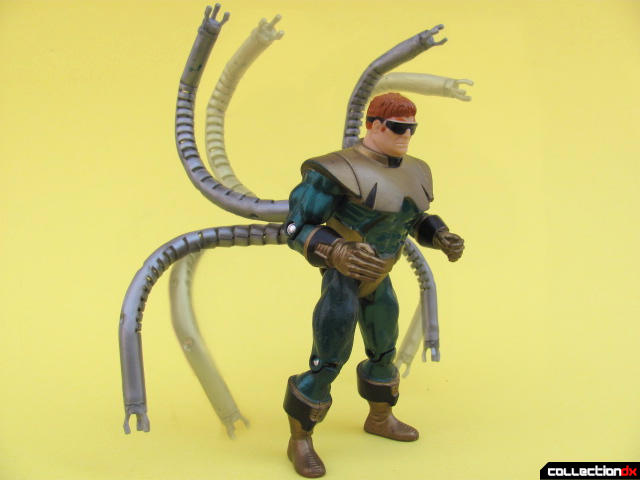 But! what a great toy for what it is!

Past and present VIR both equally love this toy for its charm and overblown character representation; I mean, what’s cooler than a mad scientist with four metallic tentacles seared to his spinal column with saws on the ends?!

I can’t think of much!

Perfectly 90s in every way, TECHNIO WARS Doc Ock serves as a testament to decades and playtimes gone past. 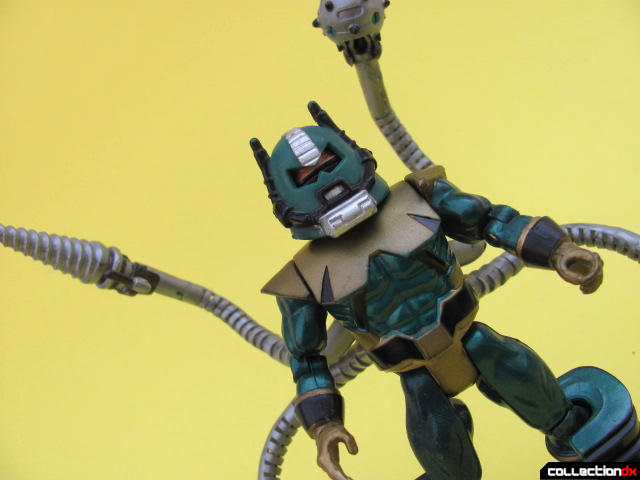