Real x Head is a small Japanese vinyl company started and run by Mori Katsura in 2003. Mori’s first figure was the Oni-Head, but he saw much more success with his second figure, the Mutant Head, the start of the iconic Mutant Zone series. The Mutant Head sculpt was borne out of Mori’s love of classic 80’s toys, especially Teenage Mutant Ninja Turtles. Taken from the Super 7 Mook and the ne Encyclopedia of Kaiju, the Mutants are an invisible race that lives in the forests and mountains in natural harmony, existing outside the realm of human perception. The evil Mutant organization Akrobat is led by the militaristic Akro-Kaiser, and the Mutants dislike humanity because of the damage we do to their natural habitats, and so cause accidents and natural disasters to punish us. During an engagement, Mutant Head is injured and loses his ability to stay invisible. Mutant Head is found by a young boy and nursed back to health, showing Head that not all humans are evil. When Mutant Head returns to confront Akro-Kaiser about their aggression towards humanity, a schism erupts within the Mutant world over how to deal with humans, leading to what amounts to a civil war among the Mutants against Akrobat, with the human-defending Mutants being lead by Mutant Head.

Mutant Evil was the second Mutant Zone figure, utilizing the Mutant Head body, but with an all new head sculpt. Despite the name, Mutant Evil fights alongside Mutant Head in the name of protecting humanity from the Mutants that would do us harm. Evil is described as the first completely original design, with the Ninja Turtle vibe still a little bit heavy in the Mutant Head design. Evil retains the same three points of articulation, at the shoulders and neck, as the previous Head, due to their sharing the same body. Evil features a much more detailed head sculpt that Head, complete with fangs and a scar across his left eye. I like to think Mutant Evil is older than Head, and has seen his fair share of scrapes. 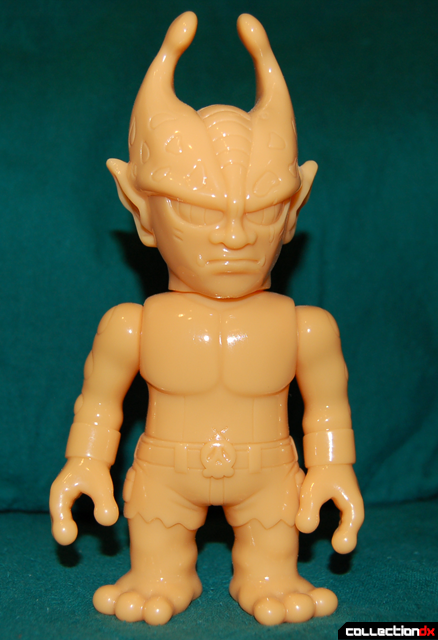 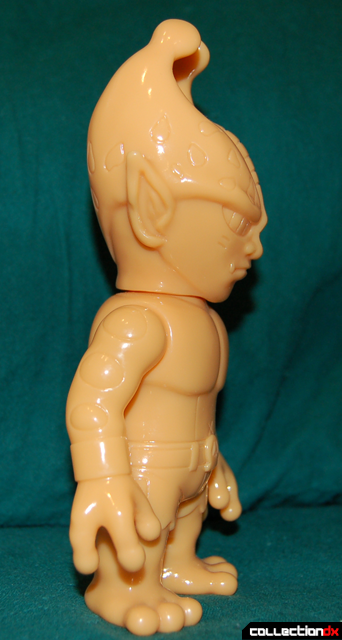 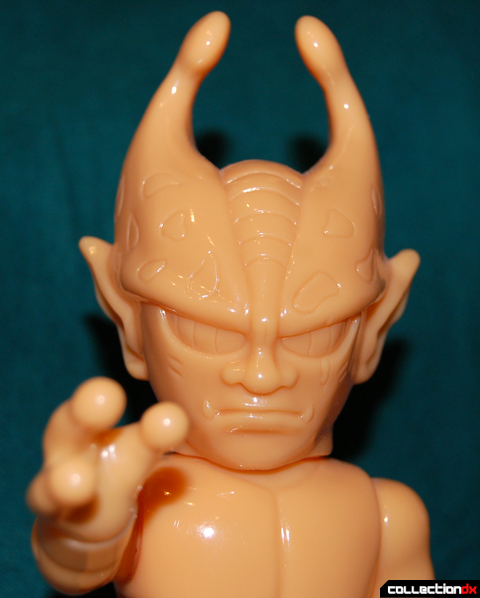 The figure pictured here is a beige ‘flesh’ blank figure, ideal for admiring the sculpt on its own merits, or as the base for a custom painted figure. The tradition of beige skin-tone blanks stems from the vintage days, as I understand, where vinyl toy makers typically produced vinyl doll parts as well as monster toys, and would occasionally release monster figures using the beige doll-colored material when it was in excess, due to the exploding popularity of kaiju in the 60’s and 70’s.

2 comments posted
This one definitely has the

This one definitely has the superior head sculpt, imo.

You know this guy looks like Piccolo Jr. from DBZ. His head looks kinda like Cell. He was a great enemy.