One of the great things about the classics line is how the designers have managed to both pay tribute to the classic G1 designs and infuse a modern design aesthetic. Hound is a perfect example of this. 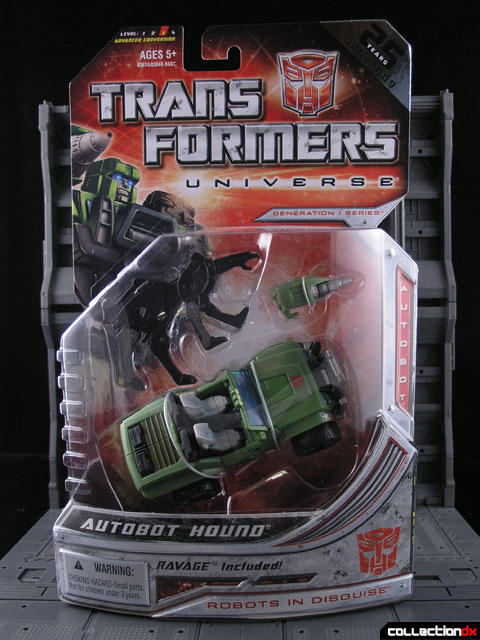 The G1 Hound was one of the very first Transformers to hit the states. I remember him being a little floppy in the legs, but he was generally cool. Having once owned the original Hound, I can safely say that this toy is a fantastic tribute to the classic Transformer.

But why does he come with Ravage?

I find myself now staring at the screen. What can I say about this particular Transformer that hasn't been said before? Not much. It's pretty standard fare. It's not hard to transform, but I'm not going to go over it step by step. It's a fun little toy. That's about it. 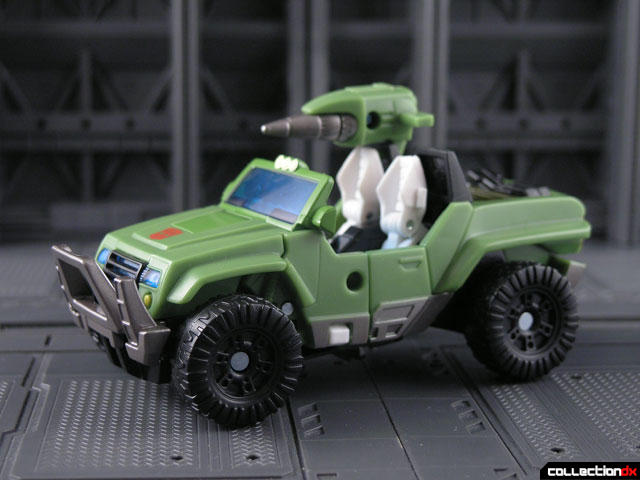 In vehicle mode, Hound is... a Jeep. But hound is no longer an old military jeep - this hound looks suspiciously like that old G.I. Joe Jeep, the Vamp. This wouldn't be the first time that Hasbro has made a Transformer in homage to a Joe toy. 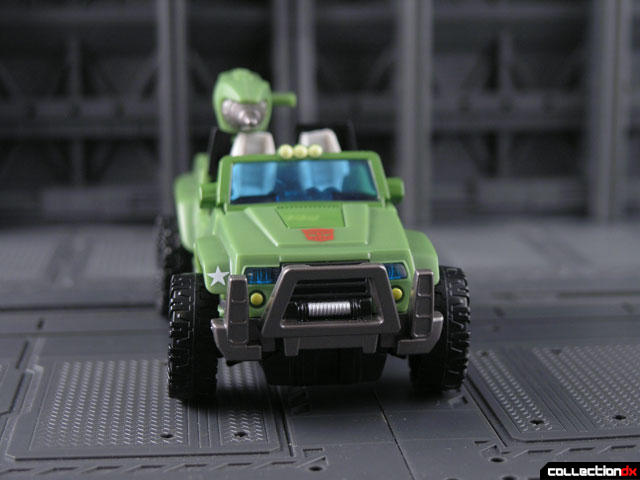 The wheels roll, the gun (erm, sorry, Hologram Projector) can be mounted to the back of the seat. Ravage in tape mode can rest on the back of the vehicle by mounting on two flip up pegs. 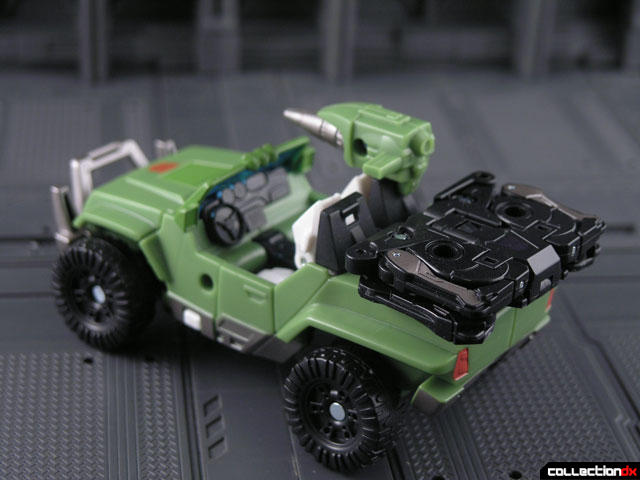 Robot mode is pretty good, but kind of stocky. The head and arms are fully articulated, but the legs are kind of restricted due to design. 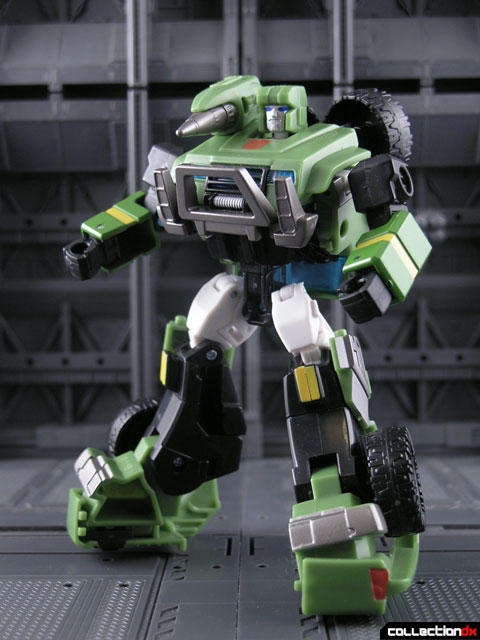 His gun can now be placed on the shoulder. 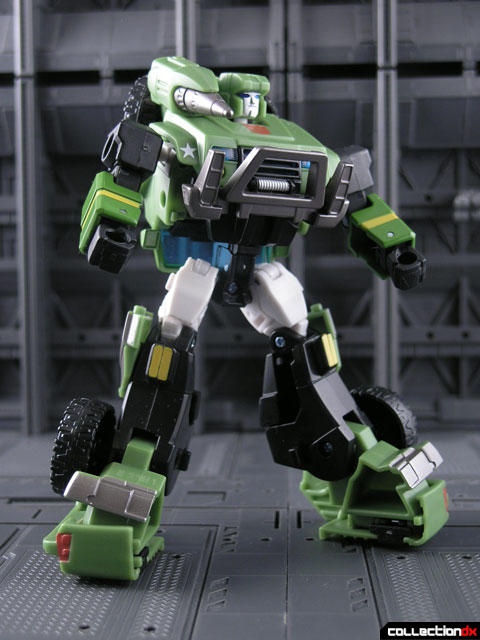 Or, he can hold it in his hands. 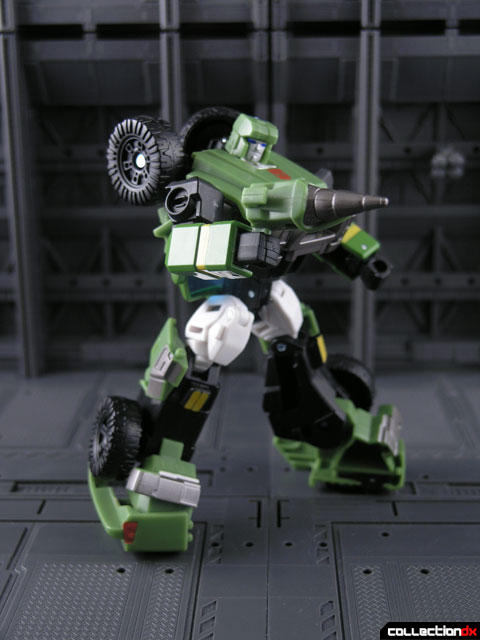 Hound is neat and all, but really, you bought this for Ravage. I did too. Why the two are packaged together I have no idea. Maybe they thought Hound would not sell enough on his own? Either way, we have a new ravage, and I am glad. 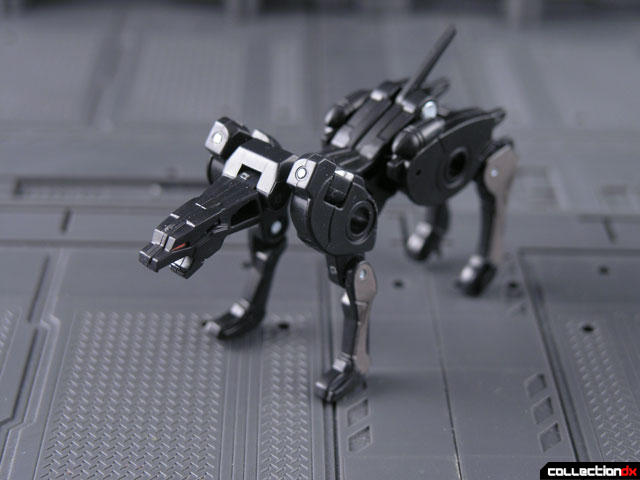 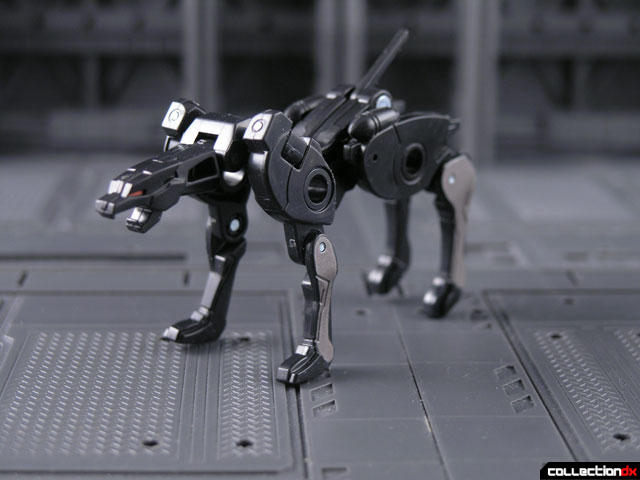 I am also glad that Ravage is still a micro cassette. They didn't try to make him a memory stick or some other lame thing. In fact, he is the same size as the old ravage in tape mode. 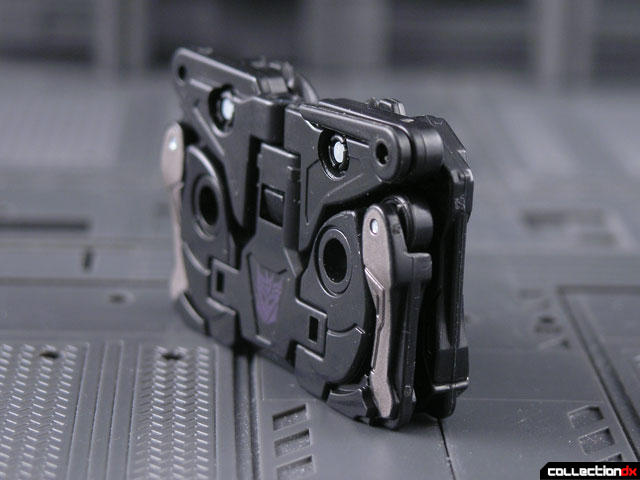 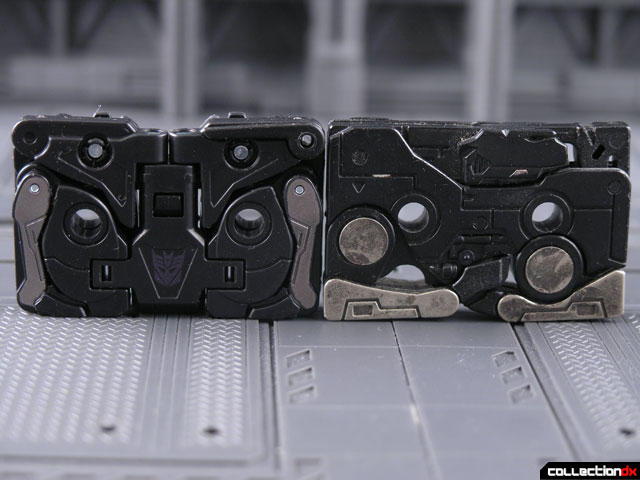 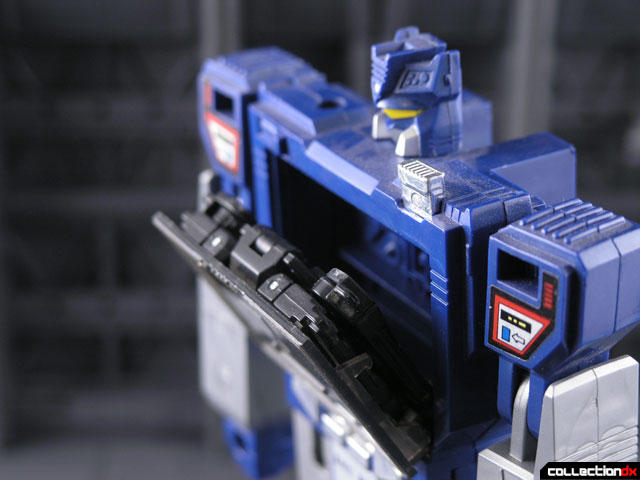 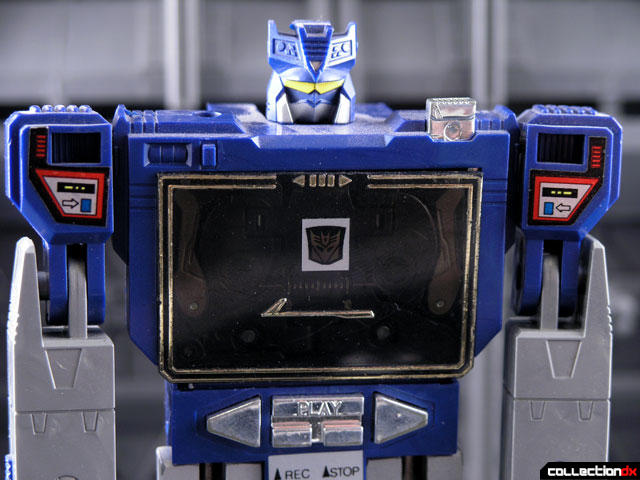 Well what do you know? This new Ravage fits inside of a classic Soundwave! That is awesome. 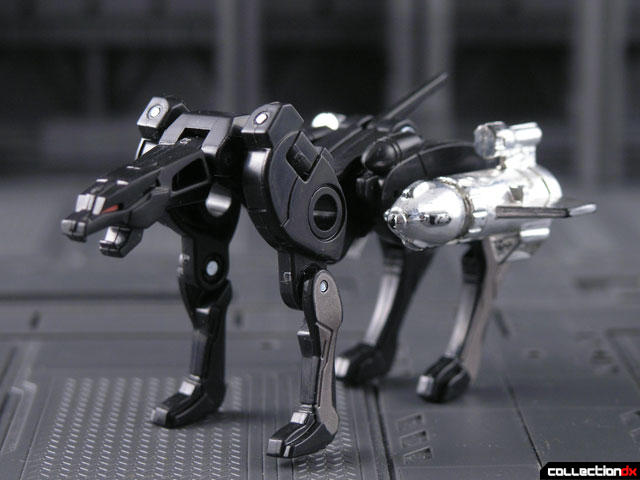 Ravage can even use the same weapons as the G1 toy! 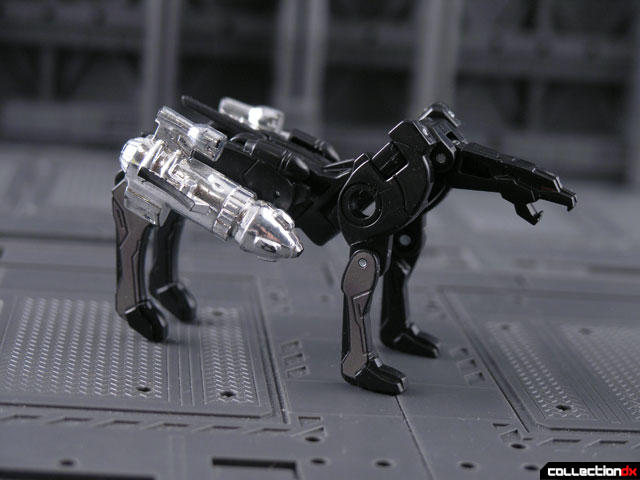 The new ravage unfolds a bit like origami. Comparing the new and old Ravage shows you just how far we've come in terms of design and engineering. This new one is perfectly compact, yet makes an excellent action figure. What a great surprise. 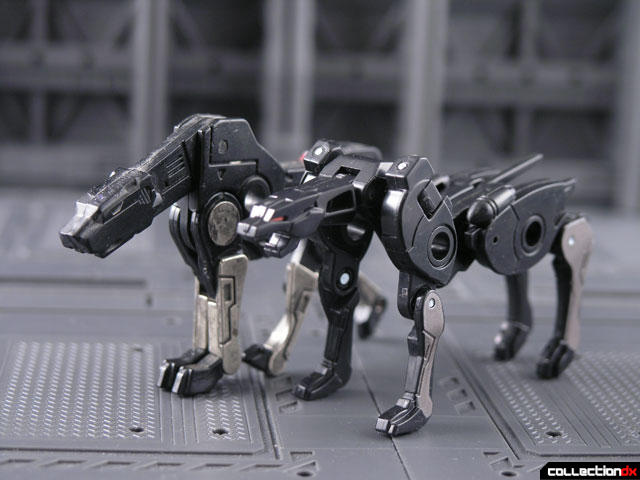 On his own, Hound is a good enough toy, but Ravage makes him a must buy.

Josh, the reason why Ravage is included with Hound is quite easy to explain.

You see, there was a very memorable scene in the "More Than Meets the Eye" three-part pilot episode that had Hound chasing after Ravage after the kitty escapes from Autobot custody. If you watch the pilot, you'll see what I mean.

Like the previous poster said, Hound sets up Ravage(allows him to escape) in the TF pilot.
If you get the ReproLabel set for Hound, he looks even better. I put them on mine a couple of weeks back. Classics Cyclonus(with Nightstick) and Inferno are both must-haves as well.

Josh, is there any particular reason for your Hound missing his waist panel?

Yeah, I just noticed that too.

Either in that same episode or a later one,I'm pretty sure Hound demonstrates his hologram powers to the viewers through Ravage.

In the G1 series, Ravage was the usual enemy of Hound, hence the pairing of the two.

I always laugh when I see this set in the toy dept of Target or Walmart or something because I know younger kids are looking at the toy and wondering what the hell is that thing Ravage transforms into. Kids are seeing it and thinking "Ok, one turns into a jeep, and the other turns into a rectangle with holes in it? What the frig?" Isn't that a funny thought?
Josh mentions that it was good that it didn't turn into a memory stick or something, but the sadist in me would actually have loved to see them turn Ravage into a flash drive or some crap, if only for the entertainment value of TF fans getting all up in arms about it (then proceeding to defend these god-awful Micheal Bay films, of course). I'm not picking on anyone, mind you, but I can't help but enjoy the irony.

Well, you know they are doing memory sticks and such now!