My buddy EVA usually does the Transformers reviews, but I was so psyched about this one that I had to beat him to the punch. Oil Slick is awesome. 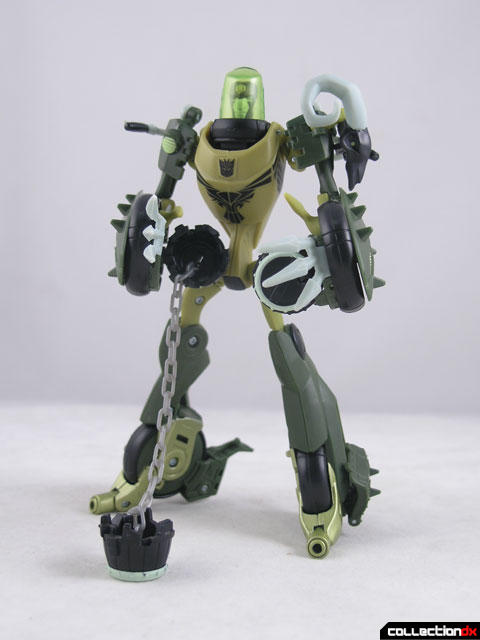 Although I haven't been reviewing them, I've gotten most of the Transformers Animated toys. I can't stand the show, and I don't know thing one about the characters, but each and every toy has been sheer awesome.

Oil Slick is a bad guy, a Decepticon. He's got pretty much everything I want in a toy:

Hell, the only thing this is missing is something that glows. And i'm sure an evening with Sanjeev would change that. 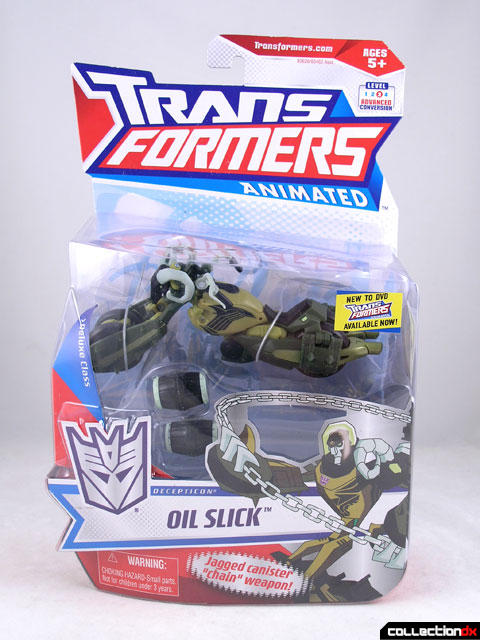 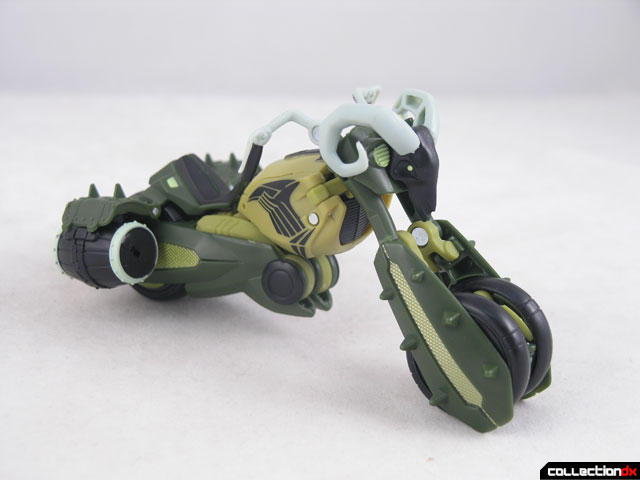 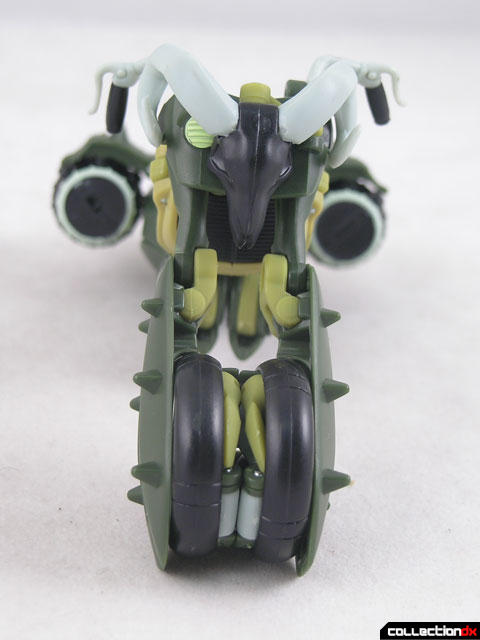 At the back there are two panels, one on each side, that can open and store black barrels. More on those in a bit. Detail and paint are great in this mode, and the color scheme is one of my favorites. 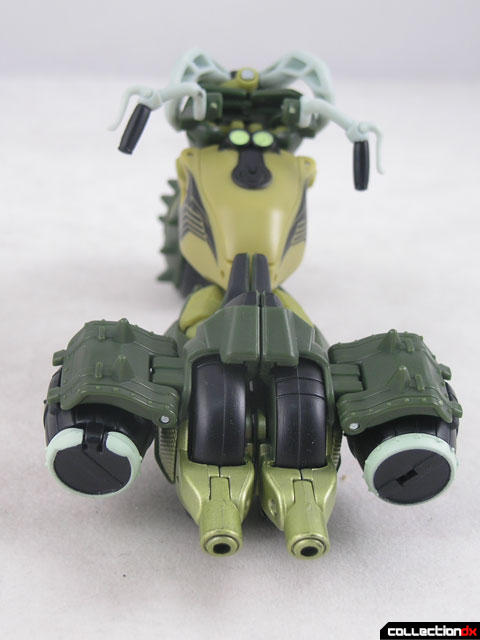 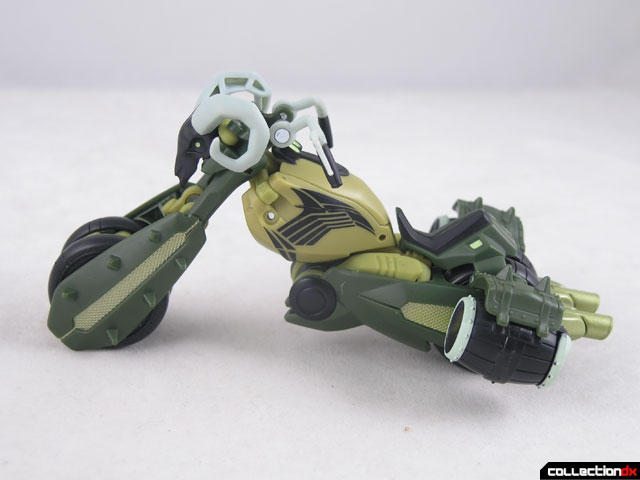 Transforming to robot mode is very easy, and very obvious. I love how everything has some kind of peg of clip to hold in place. First, the seat is lifted up and then the legs pulled down. The tailpipes bend up to become the feet.

The front wheels separate and unfold down either side of the torso. Clawed fingers extend from inside the wheel well. 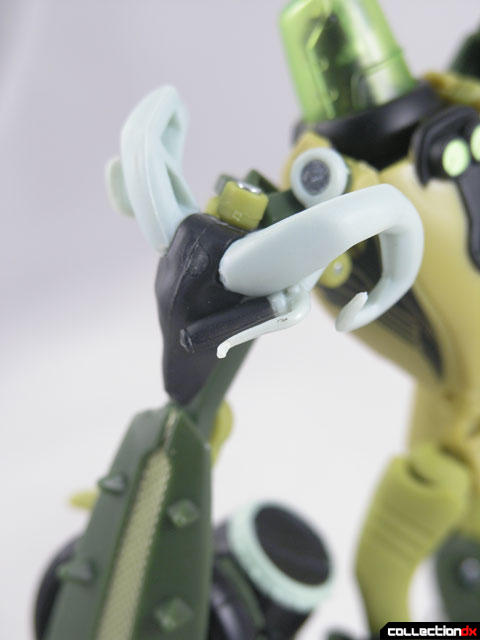 The head is exposed by opening a panel on the back and flipping the head up. 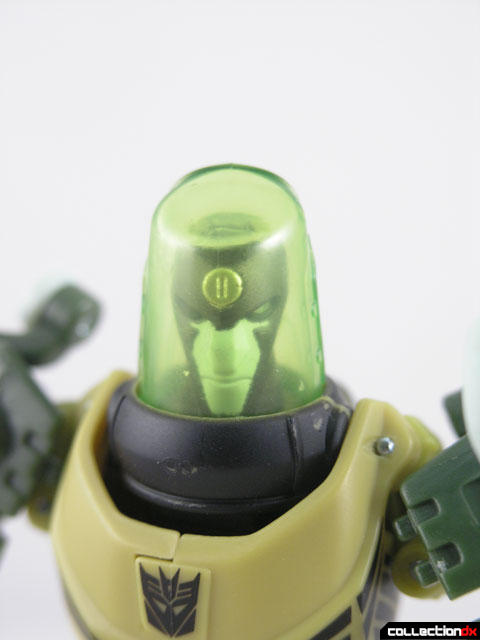 Robot mode is awesome. There is some fantastic articulation here, with little touches that they could have skipped but didn't. Its this extra mile that makes all the difference with these. For example, check out the hip joints on Oil Slick. There is actually two joints there on each side, which makes for some phenomenal posing. 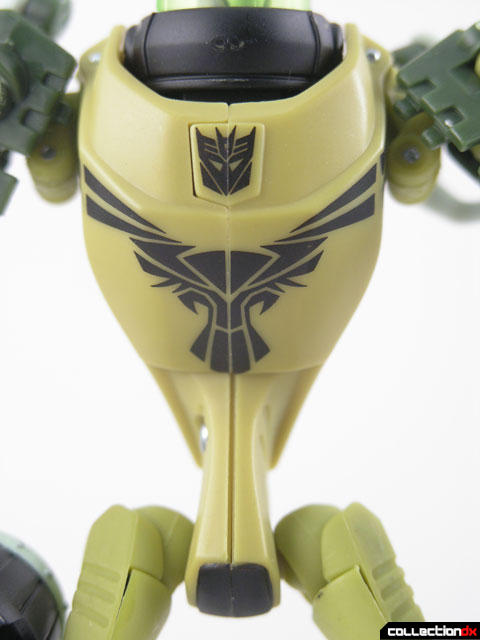 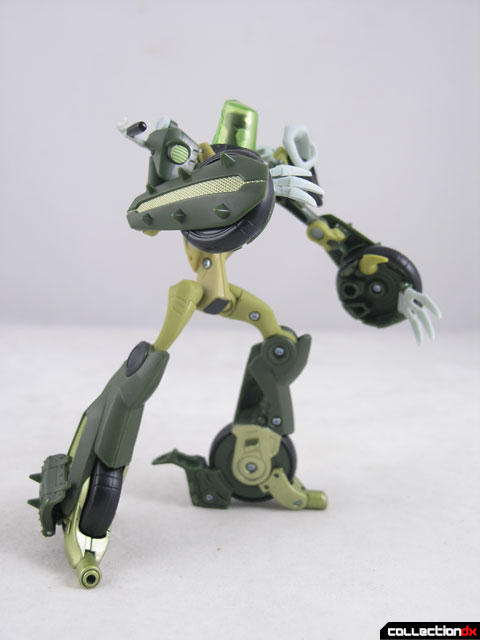 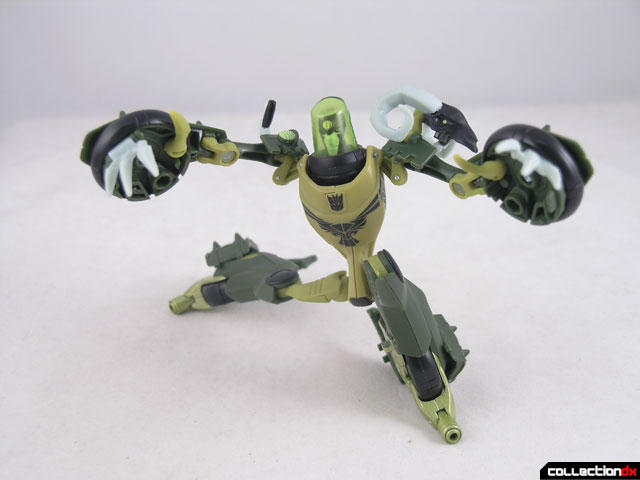 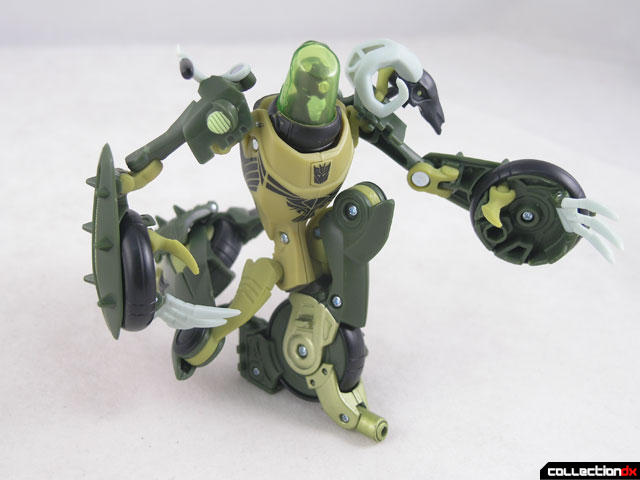 Remember those barrels? Those attach to the hands and open. One barrel splits in half and is connected by a CHAIN. The other barrel opens up on one side, presumably to hold some kind of biological agent. 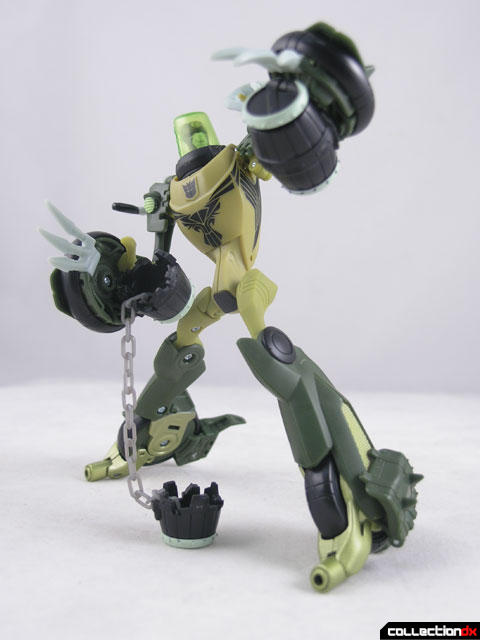 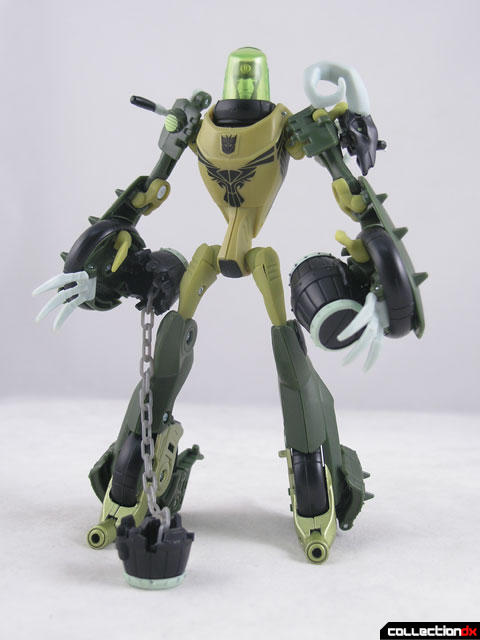 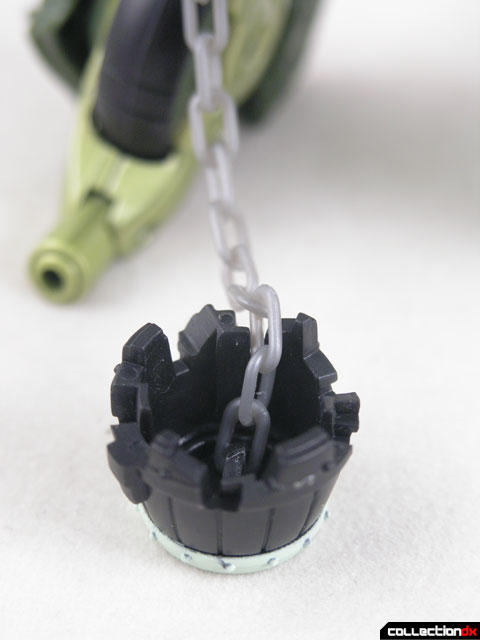 Oh, and there's a third mode too - basically just take Oil Slick in robot mode and... lay him down. Thats it. Come on guys, seriously? Geez.

Oil Slick is basically a heavy metal transformer. Skulls, Spikes, Chains, Tribal tattoos etc... It is as if Bruce Dickinson designed a transformer. 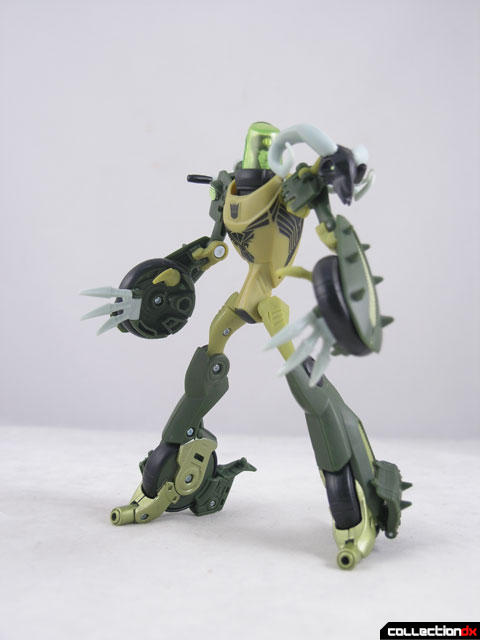 If you see Oil Slick in the store, GET HIM. Seriously. Not kidding.

7 comments posted
Hey- this is supposed to

Hey- this is supposed to be my job!

One important thing about Oil Slick here you need to mention:

Unlike all past Transformers lines- which have a hoard of repaints, special-editions, and remakes, "...Animated" is the only one so far that does not have any figures released that don't appear in the series.
Oil Slick is the only toy released so far that does not have a cartoon equivalent, and this was intentional. Hasbro reported that if he became popular enough, he could be written into an actual episode later.

I found this on http://transformers.wikia.com/wiki/Oil_Slick_(Animated):

"At BotCon 2008, it was revealed that Oil Slick was an original Eric Siebenaler design that was never intended to be in the show... but upon finding out about it, the Animated cartoon crew said "we would have worked him in had you told us about this." As such, Oil Slick is currently not slated to appear in the cartoon... but may be worked into the third season, and solicitations confirm that he will appear in the third issue of The Arrival."

Oh, good- so he will make it into the series; that's the first confirmation I've heard on that.

Jeez- look at the flexibility in those hips! Holy smokes!

Honestly, if the character weren't already made up, I'd have said that Oil Slick might sound something like the human villain Meltdown from "...Animated"- like he's talking through a liquid, and slurs & lisps because of it.

"And I'm sure an evening with Sanjeev would change that."....Something seems kinda wrong about that sentence.

Got one! Totally worth it. It's like a custom designer Transformers that got picked-up and made into a real Transformer.
This guy's legs go on for friggin' forever. Third mode fail.