Code 3 came out with a line of die cast collectible ships tied to the Star Wars movies about five years ago. The review I did on the Republic Gunship details the company, format, history, etc… 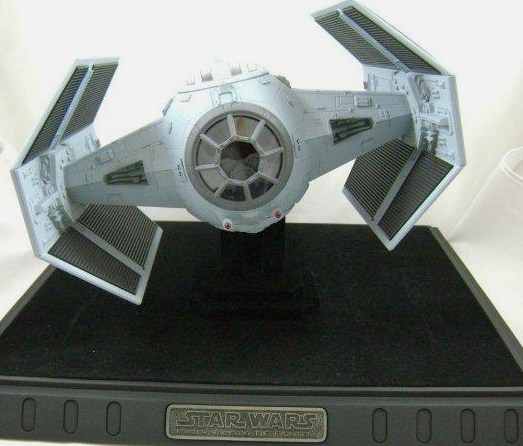 As with all Code 3 products, Vader’s TIE Fighter comes in a huge brown box, coupled with a black product box, then outer locking Styrofoam trays, and each item is wrapped in Styrofoam. 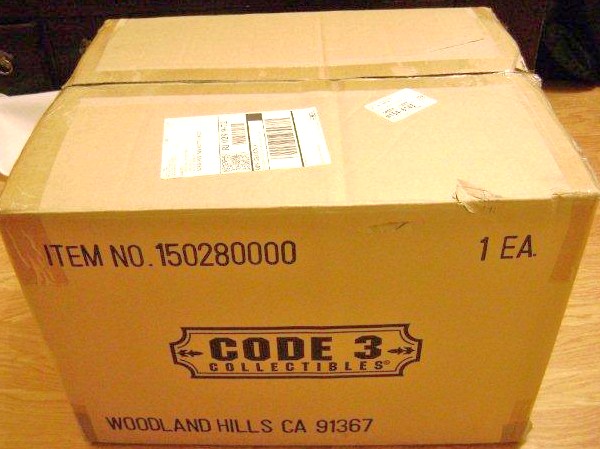 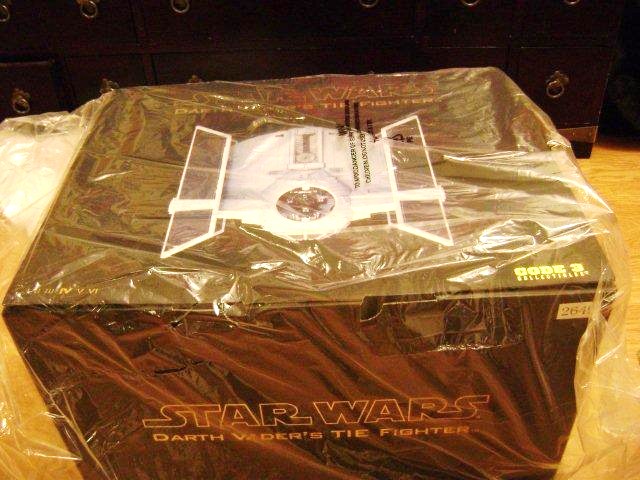 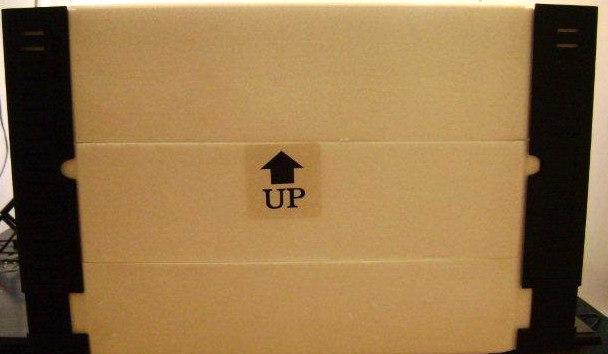 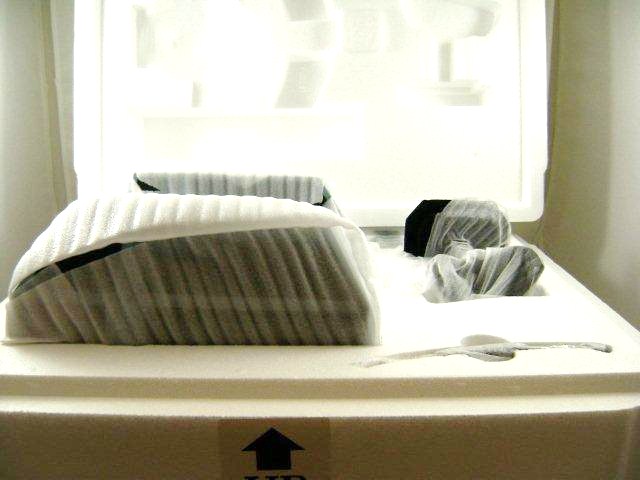 The TIE Fighter, as with all the ships, comes with a certificate, a patch, and a heavy felt-covered stand. 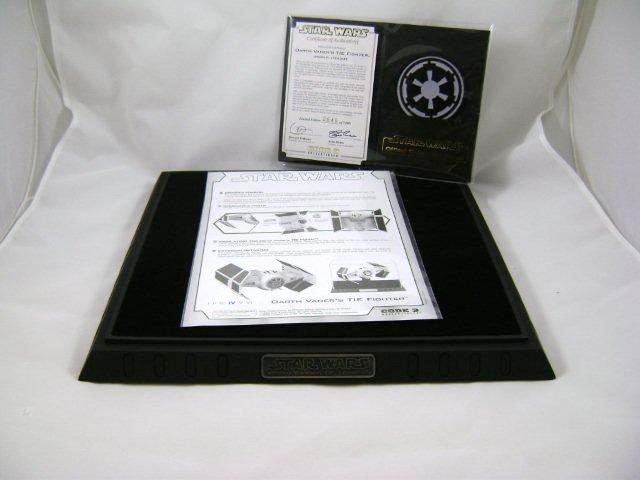 The front of the stand has a pewter plaque describing the ship. 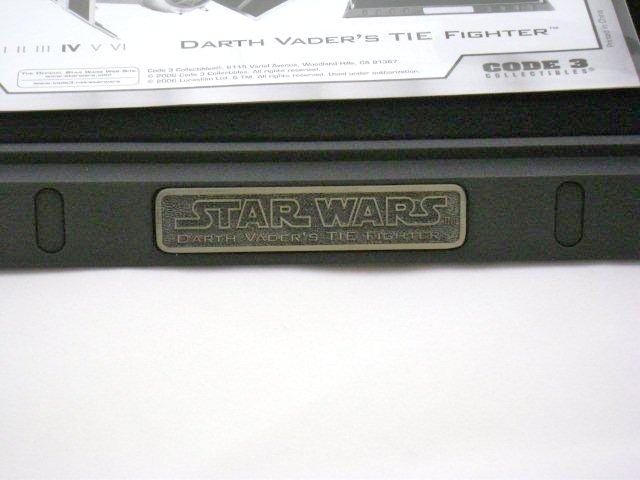 Once again total and impressive quality. The ship comes with a specially designed stand that holds the vessel, but usually at some movie-related angle (for example, Slave I stands upright). 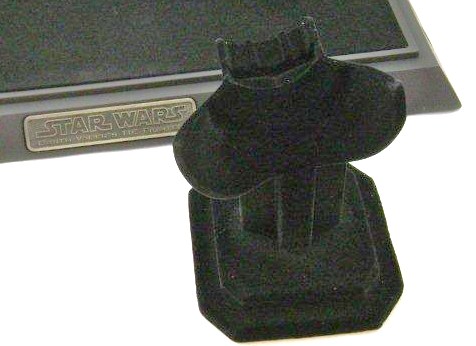 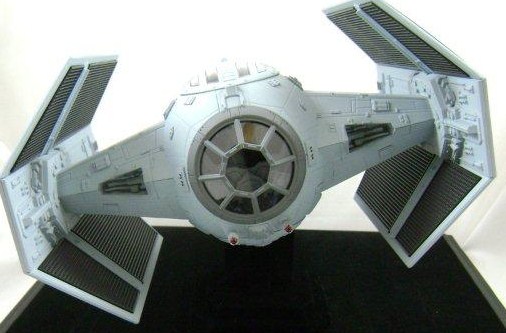 The ship can rest flat on the stand if desired. 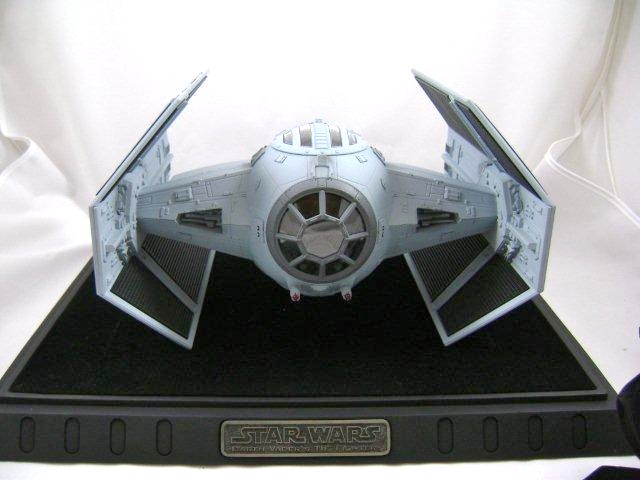 The ship is not to scale with the other ships or three accessories (the other toys come with trays), so maybe that is a reason it is the "black sheep" of the group. 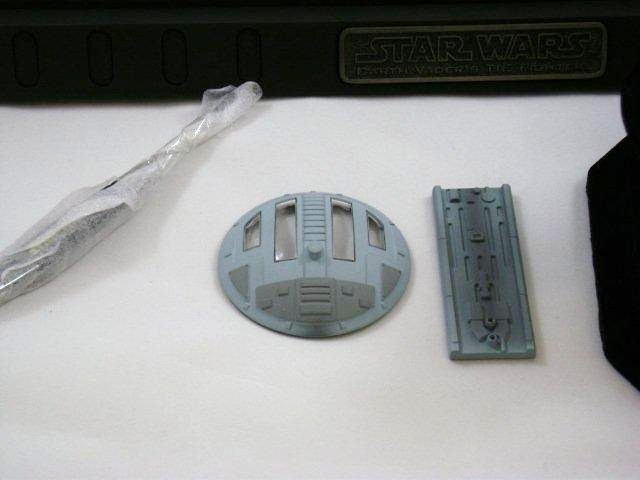 Code 3 listed it for $250, but it can be had for $81 plus 15 dollars shipping. When I bought it, I thought it was either a steal, or some weird plastic alternative. Fortunately, it came, and the fighter is around 80% diecast, and weighs around 10 pounds... it is hard to pick up with one hand. Even the stand is like a lead paperweight (need a big, strong shelf to support this baby). 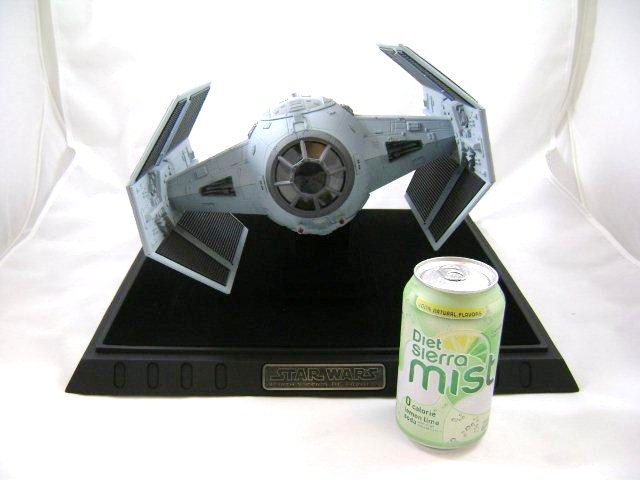 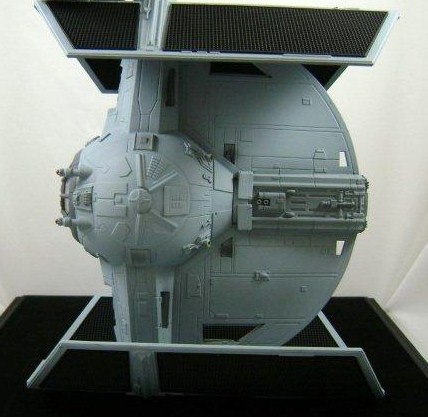 The metal engine panel magnetically attaches to the back, and the plastic cockpit cover does as well (using the magnetic wand they give you to remove them). 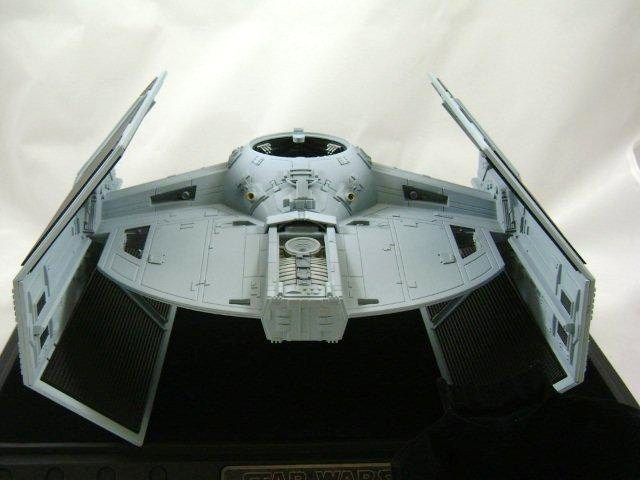 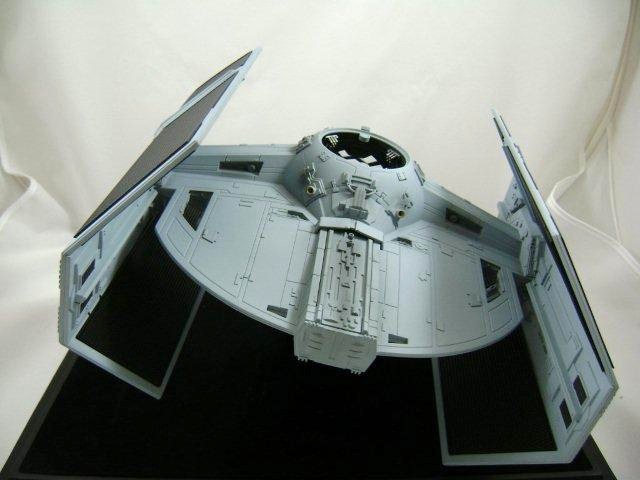 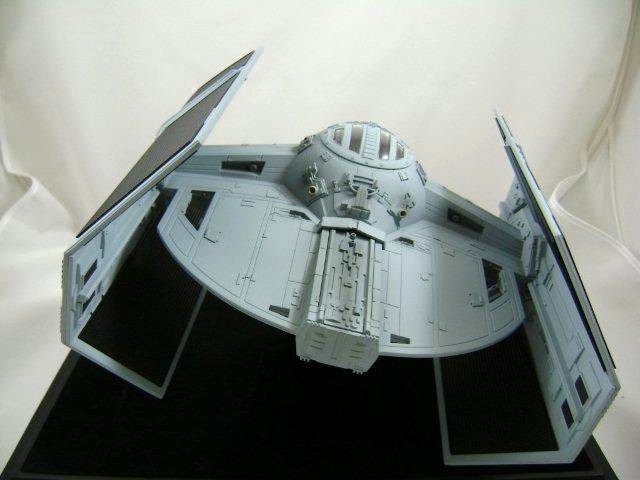 There is a small figure of Vader (non-removable) inside the cockpit. 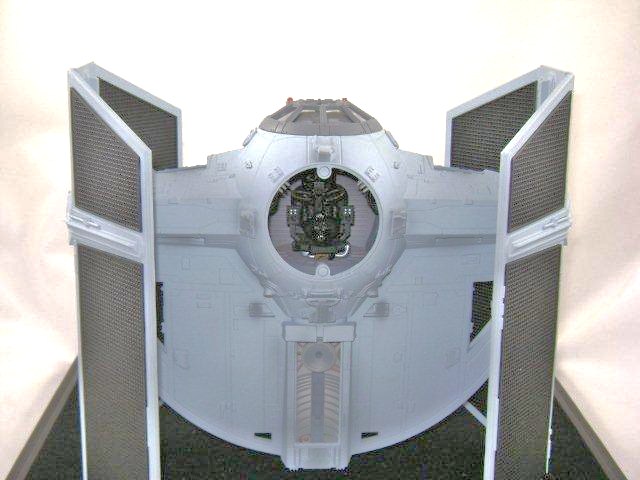 The amount of detailing is once again, better than so many more expensive Chogokin. The front bell has red glass for the lasers, high-quality plastic for the viewport, and even inlaid wires. 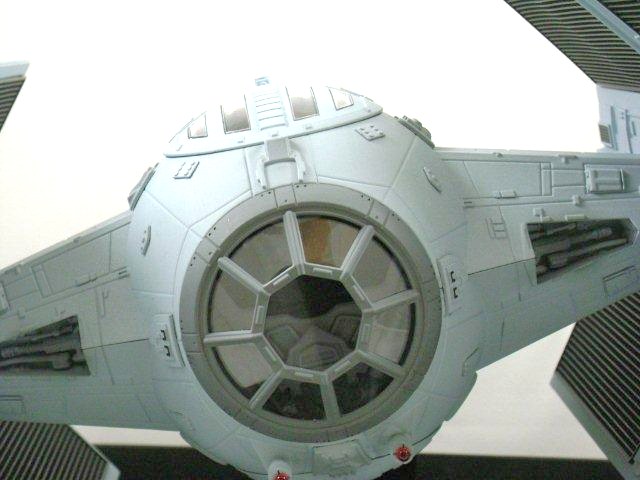 The wings have textured panels, and, again, key details that make the fighter "pop". 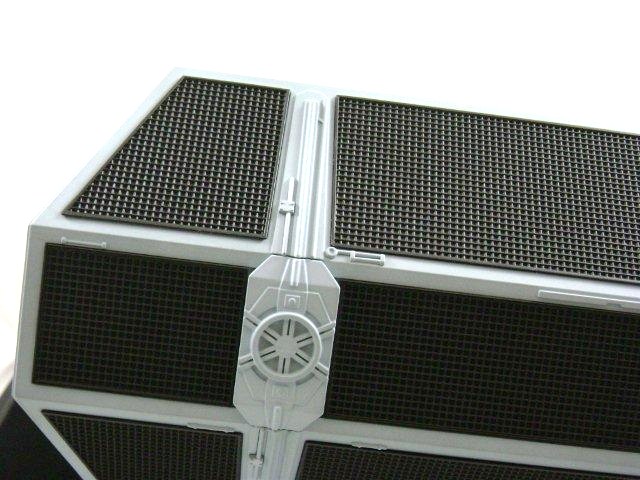 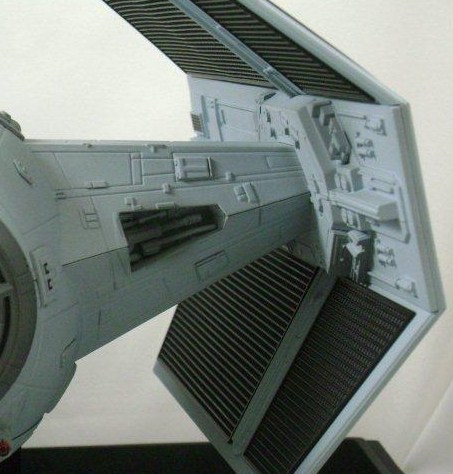 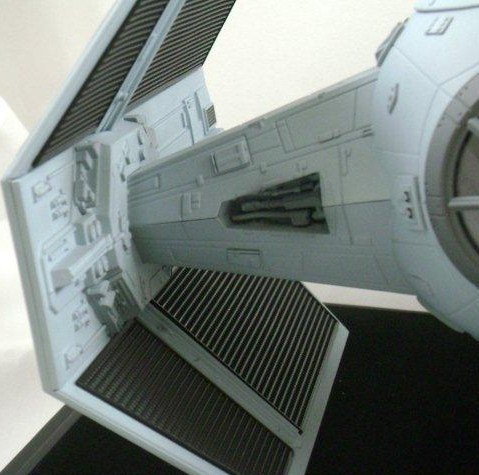 Never forget about the presence, I love the design of Vader's TIE… the angles: 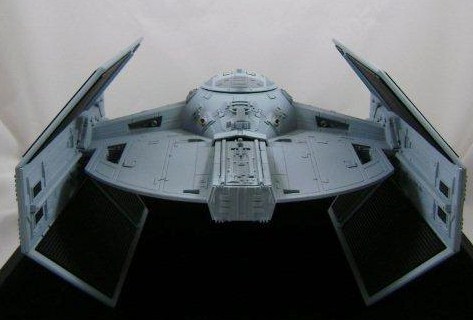 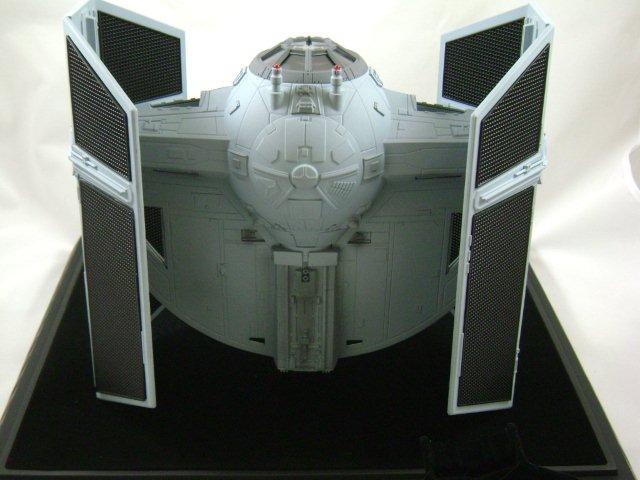 And it's impressive "coming at you" face.

This ship is a great diecast collectible and, for the price, a steal… I am glad I bought one, and while I admit I would much rather have Slave I or the Millennium Falcon, Vader’s TIE Fighter still holds a cool place in my collection. 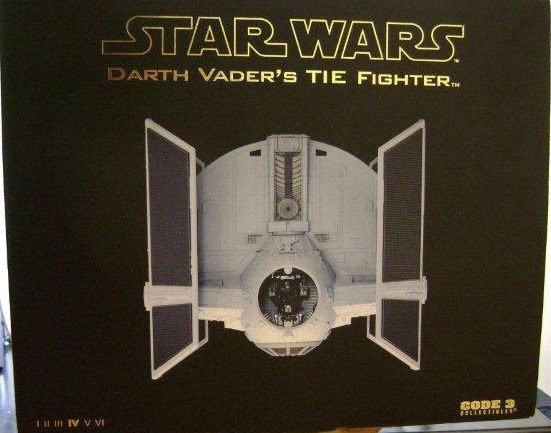 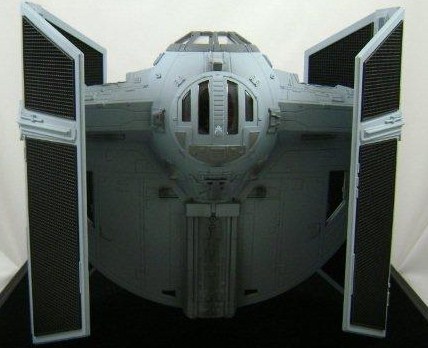 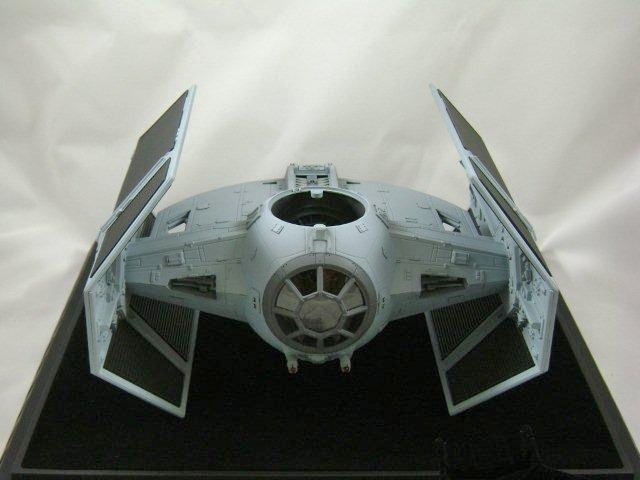 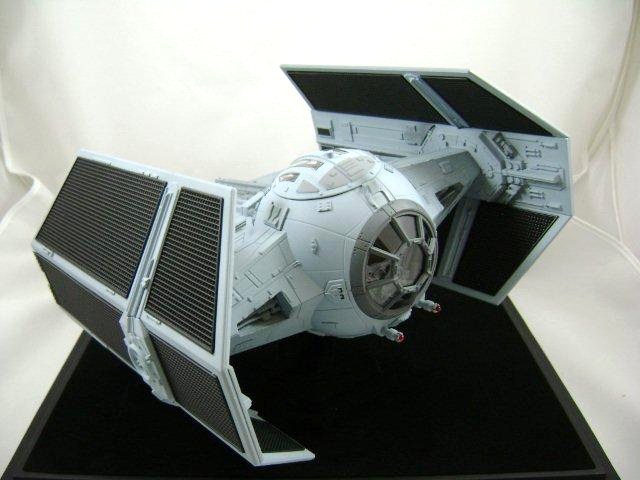 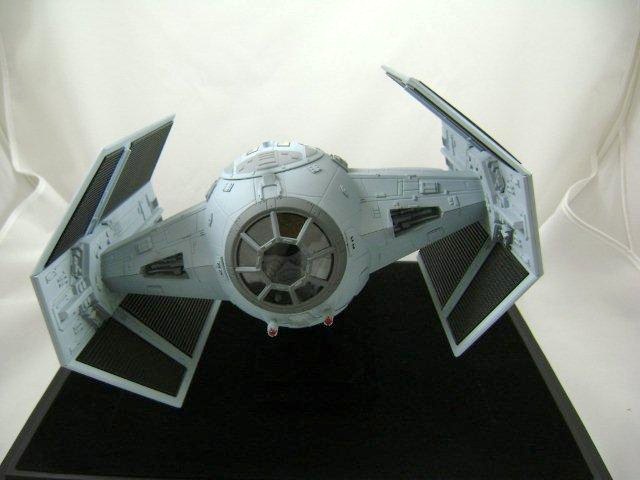 That not a steal, it's a robbery. Great prize for great item.

I'll never buy this beauty because it's Star Wars that inspired me to build a TIE Fighter of my own.

A bit expensive, but mate, looks like a nice piece.

all the others are, but a basketball size piece of diecast for 81 plus shipping was a buy to me...

Been wanting this for a long while, but had forgotten about it...For $100 shipped, great deal in my opinion! At least until eFX gets their scaled ship line off the ground...if and when...lol....