Darkwing Duck is another entry in the first wave of Funko's Disney Afternoon line, celebrating the Disney-released cartoons in the late 80s / early 90s. Funko has done a tremendous job in bringing these designs to life, its hard to believe this quality for a mass-market figure at this price point.

Darkwing Duck comes on a beautiful blister card, with fantastic artwork on both front and back. You would never think this was a nostalgia product - this looks like something that should have been on the shelves when these shows were airing. 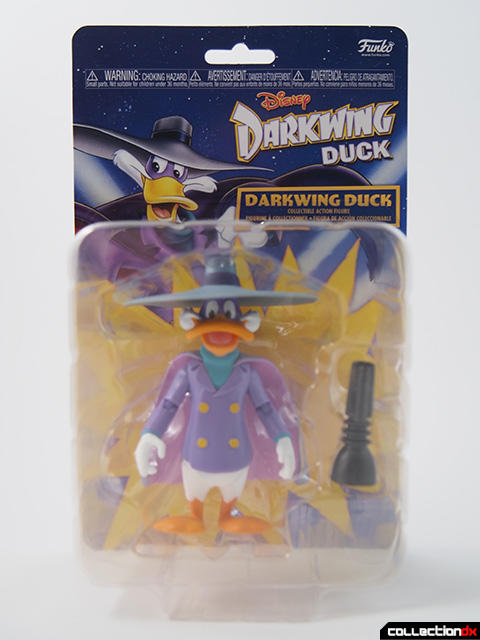 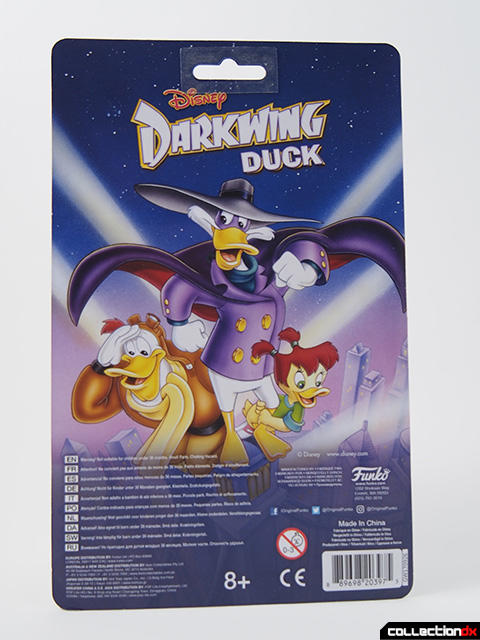 It's a show that I never watched, having moved on to college when this aired, but I can recognize a great action figure when I see one. Darkwing Duck is a crime-fighting hero, and here we see him ready to fight evil-doers. 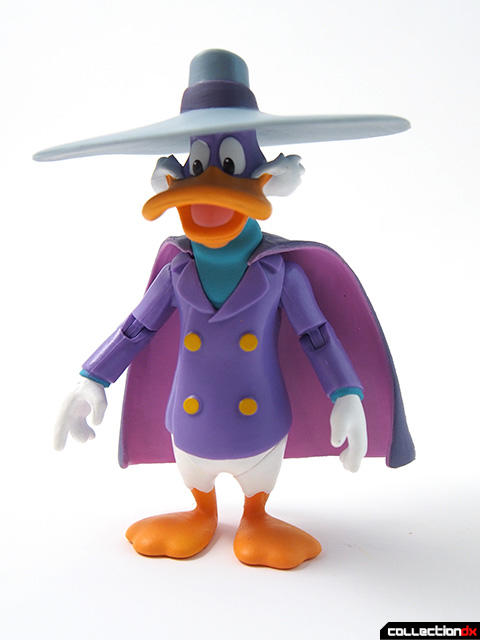 The toy's wide hat is made out of a firm plastic, but no so rigid that it's going to break. The cape is soft rubber though, and it bends out of the way easily. 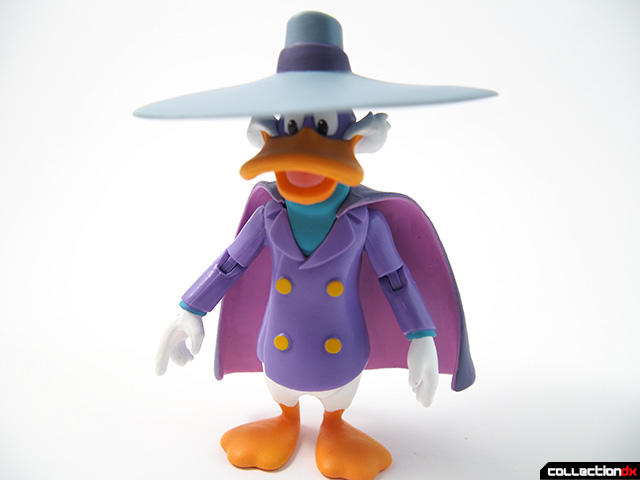 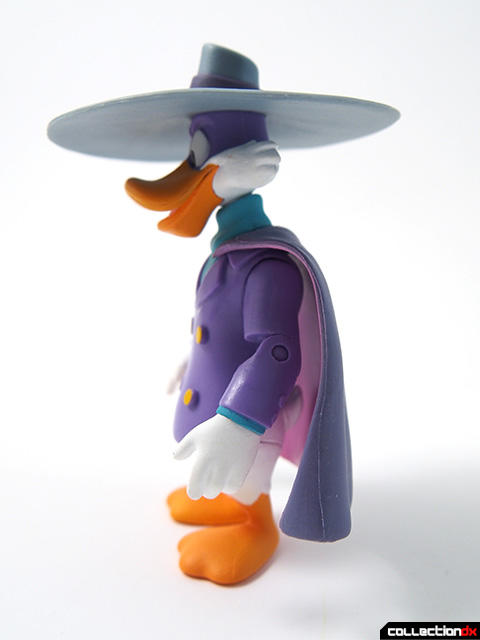 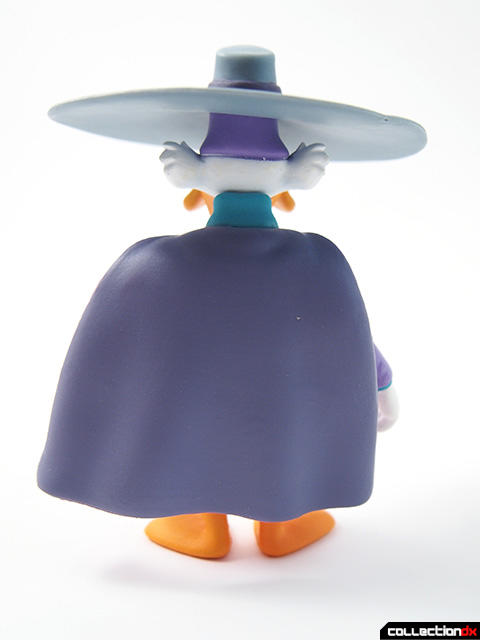 His only accessory is a blaster, and he does not have a firm grip on it. You have to rotate it a bit to get it to stay in his hand at all. 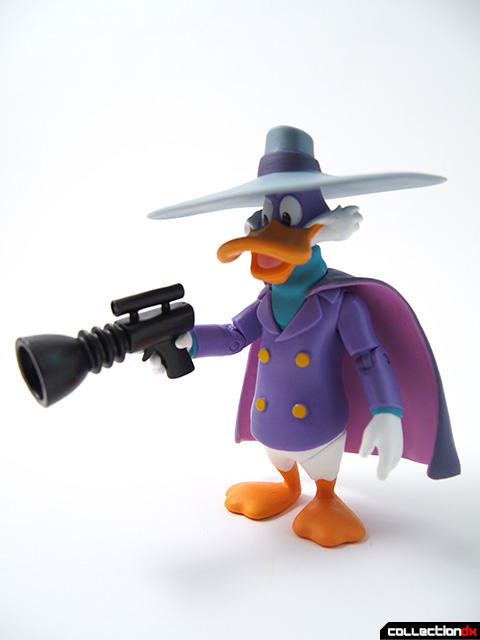 For joints, you have a neck joint, swivel-hinge joints at the shoulder, detented elbows, swivel waist and swivel hips. 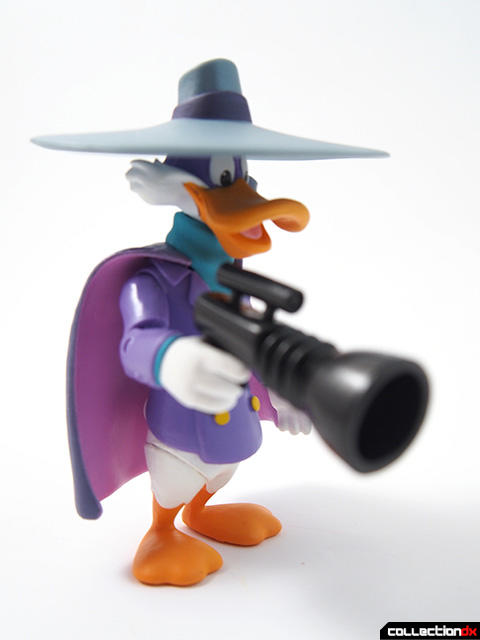 The feet even have peg holes for use with common action figure stands. 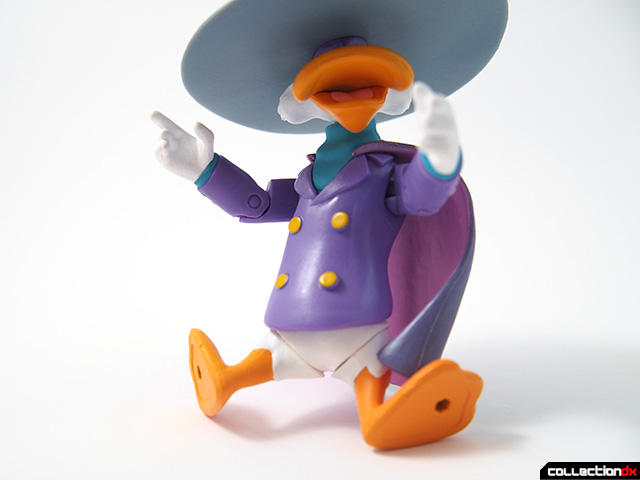 Although not my favorite character, Darkwing Duck is a great action figure. Also released in this assortment was a limited chase variant figure. 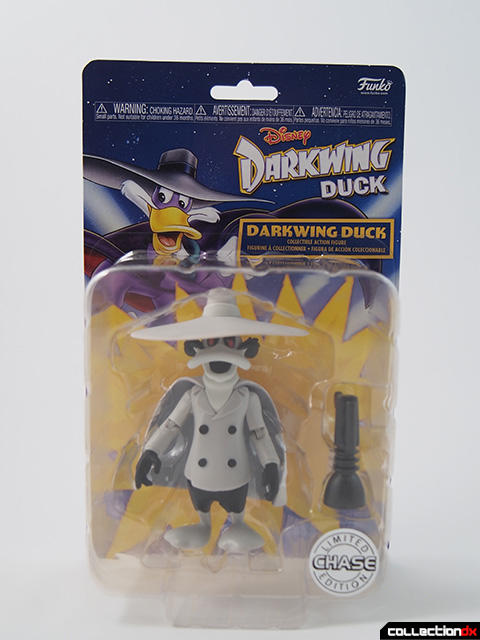 2 comments posted
And unlike the original, he

And unlike the original, he can actually hold his gun!

Surprised they didn't do a vanilla Negaduck repaint as the chase, but still cool. Darkwarrior Duck would also be boss.