In the third and final Creature from the Black Lagoon movie, scientists capture the Gill Man and turn him into a regular air-breathing creature. Hence, "The Creature Walks Among Us". It's often considered the worst of the three movies, but I quite like it. In some ways, I consider it better than "Revenge Of The Creature". That movie was fun but didn't really offer much that the original classic didn't already have, outside of changing the location. This movie at least took the property in something of an unexpected direction.

While fans salivated over the potential release of a 12" Creature figure, they would have to appease themselves with this rendition of the character. There was initial disappointment that Sideshow didn't immediately do the regular Creature, but now that they have, I think in retrospect, we're extremely lucky to have this one. Not only is it a version that is rarely (if ever) done in toy form, it's a great figure too. 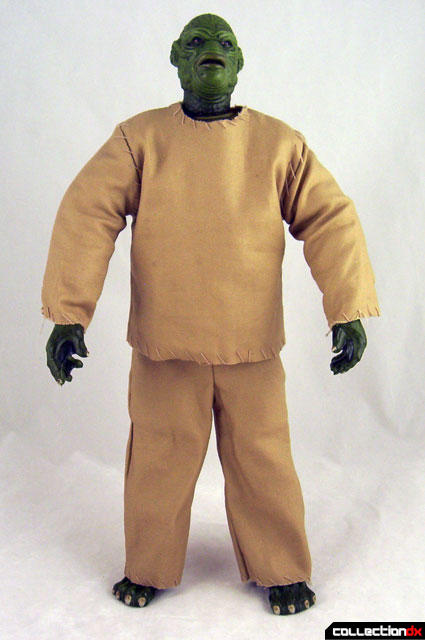 The sculpt of the head is perfect, one of my favorites in the whole line. Same thing with the hands and feet. And the feet are well shaped to allow the doll to stand pretty well on it's own, without the use of any kind of base. Most of the bases with these figures are pretty useless anyway so there isn't one included here. 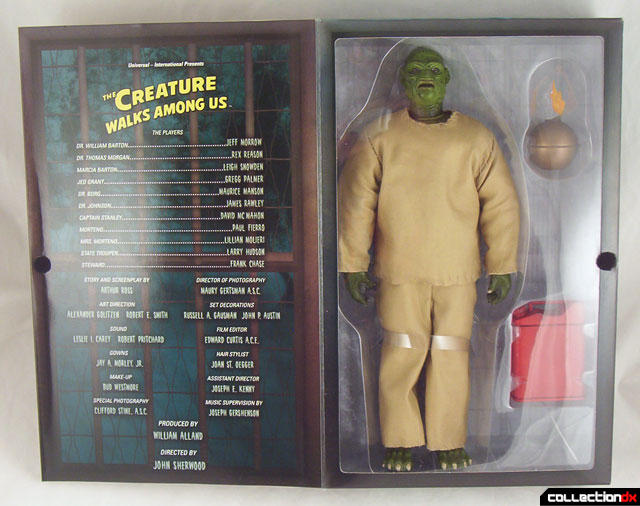 The only accessories you do get are a gas container and road "boat torch". Nice accessory, although I must admit I can't look at it without thinking of Donkey Kong. 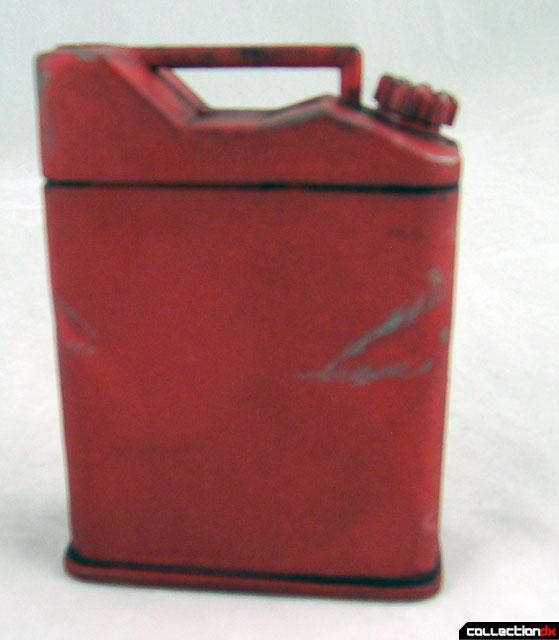 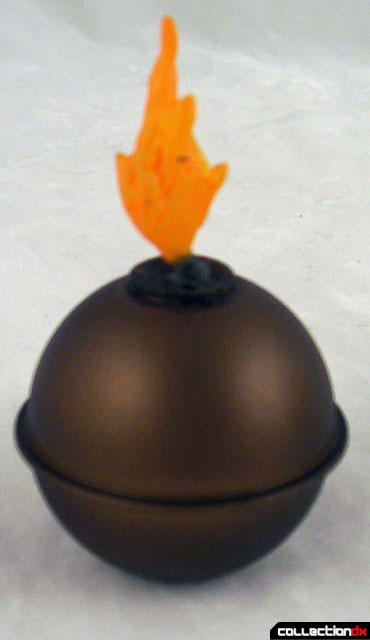 The clothes that the Creature wears are very simple but bulky. He has a thin, brown hospital gown on the exterior but thick, green padding underneath. He is one of the most massive looking dolls in Sideshow's 12" series of classic monsters.

I put off getting this for the longest time and now that I have it, I'm not sure why. It's easily one of my favorites. And as usual, you get that great old 1950s poster art on the cover of the box. The Creature Walks Among Us figure was limited to 2,000 pieces, but is well worth seeking out now. 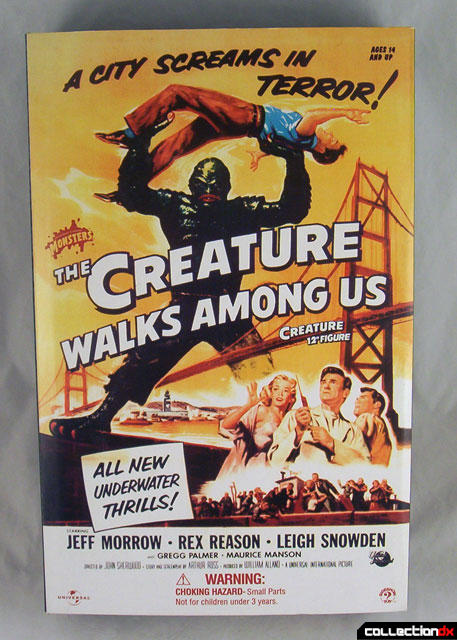 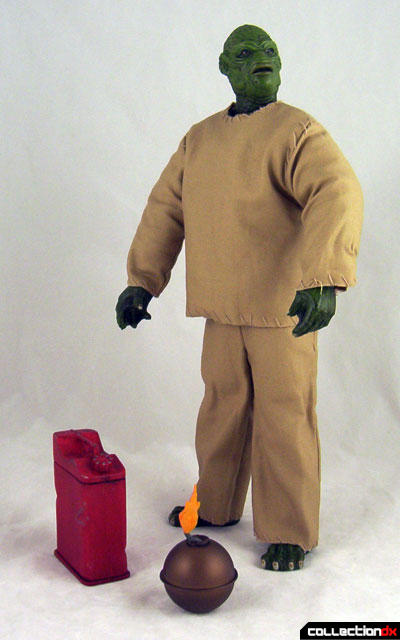 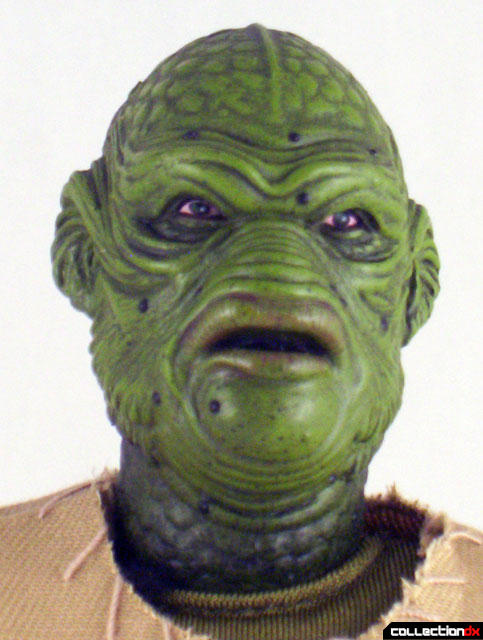 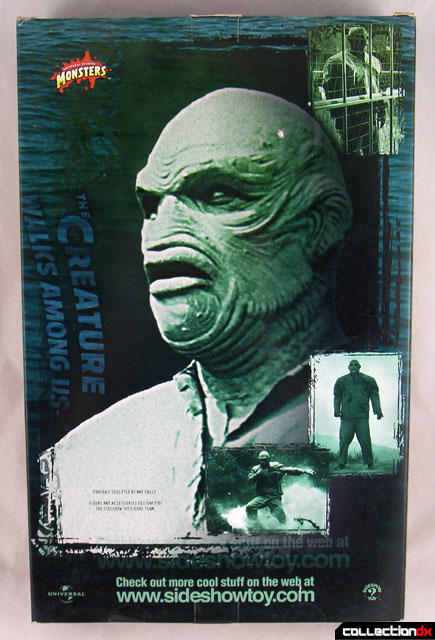 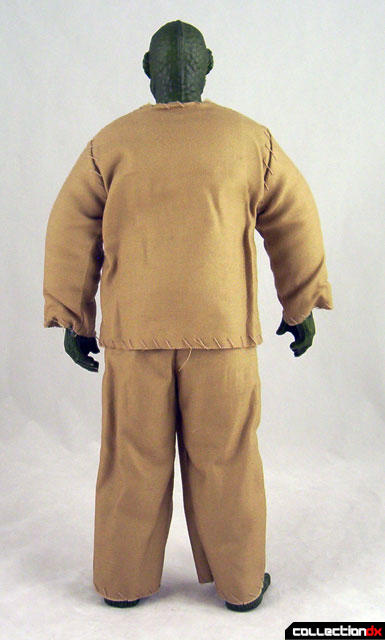 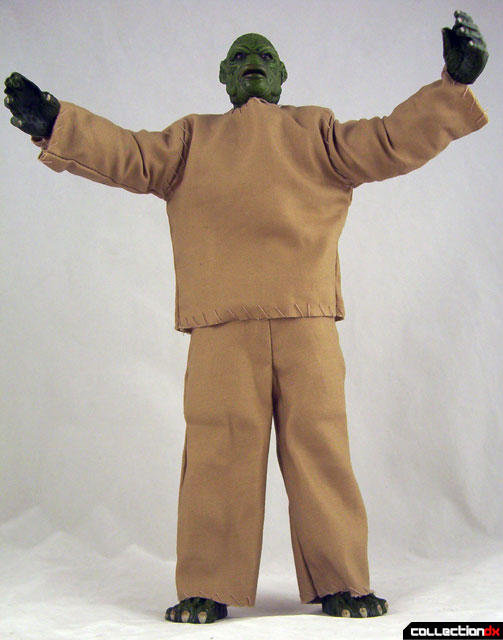 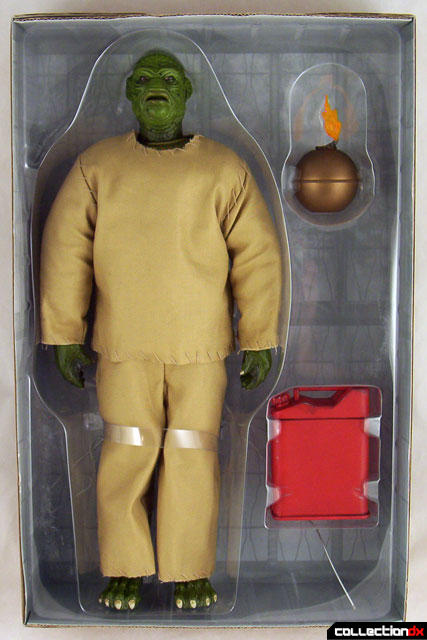 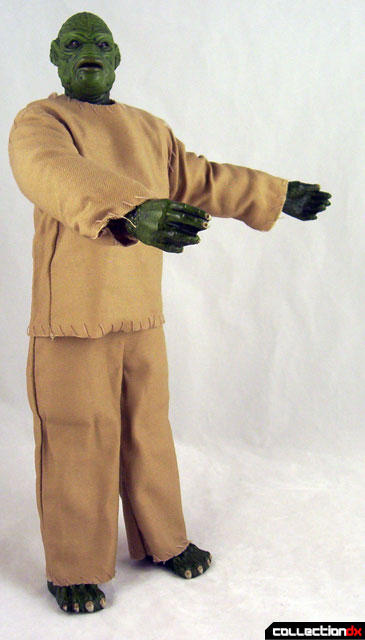