I've always been a pretty casual Halo fan. A lot of my friends would be a bit addicted to playing Halo 2 or 3, so it wasn't uncommon for me to be a part of the split screen play if we hung out. When I heard that Megabloks would be releasing several sets for the Halo Wars games, I was a bit confused. Halo is a game that's marketed towards teenagers and adults, and Megabloks is a brand of construction toys for kids. What kind of market were these toys aimed for? 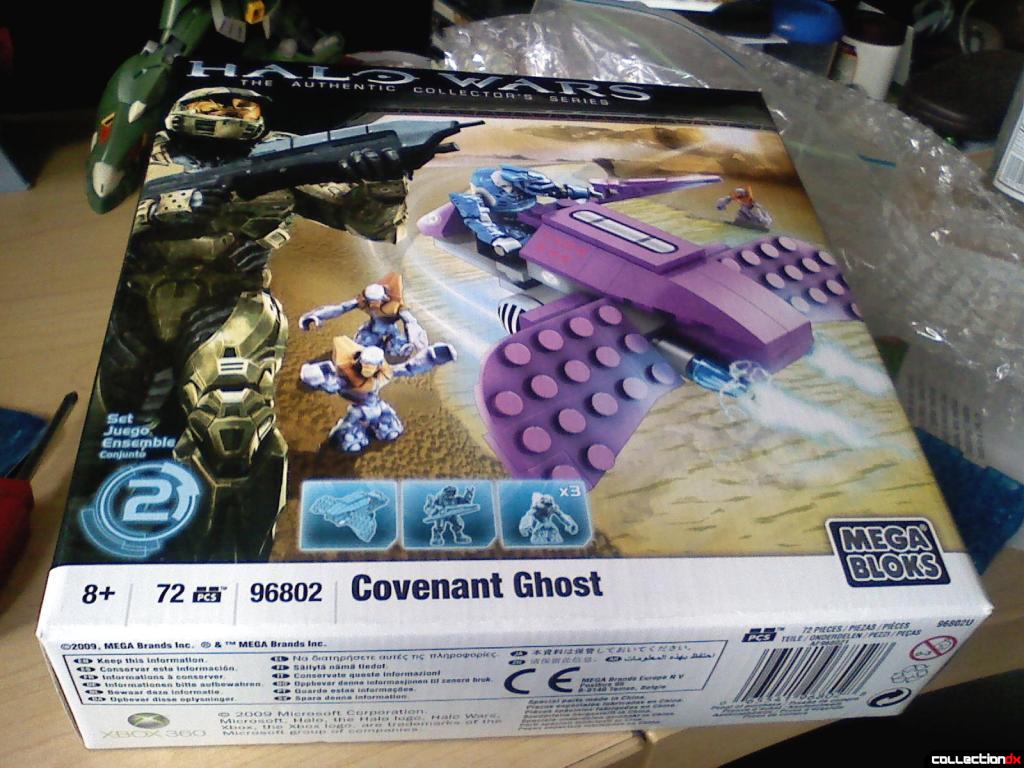 Well, let's find out then and take a look at the Megabloks Covenent Ghost set. This was my first Megabloks set, so I was curious about the quality of these compared to Legos. 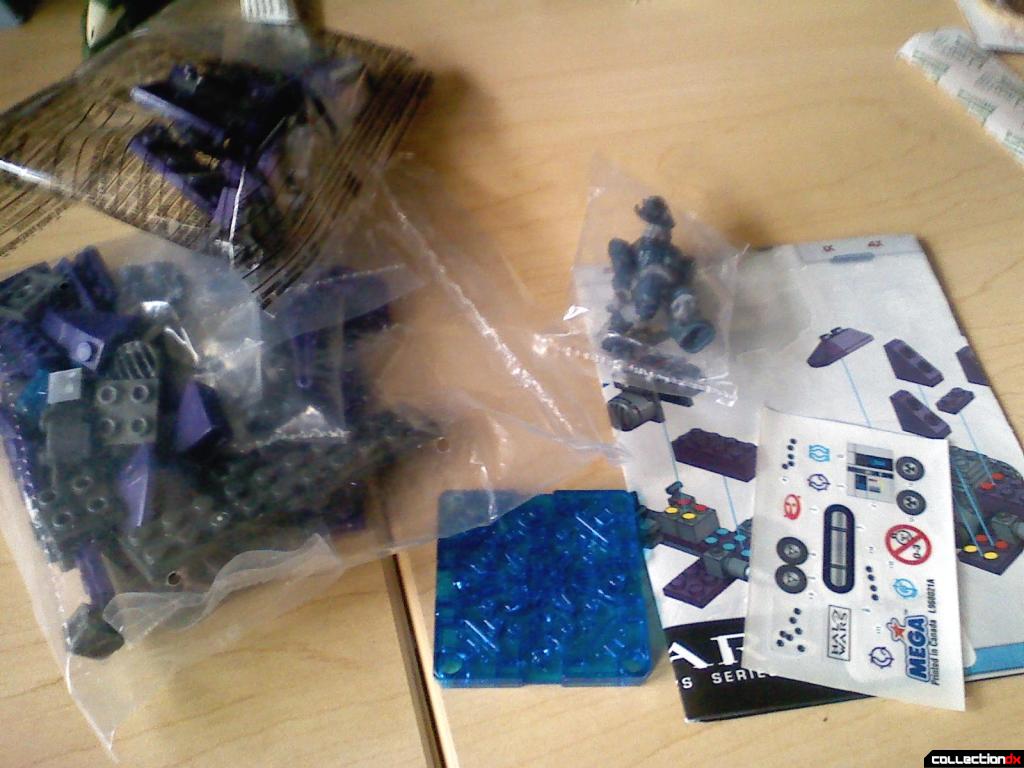 The packaging was a surprisingly large box with only a few plastic bags of parts inside. It felt a lot like a half full bag of potato chips. All the parts came in bags along with a set of instructions and a sticker sheet. 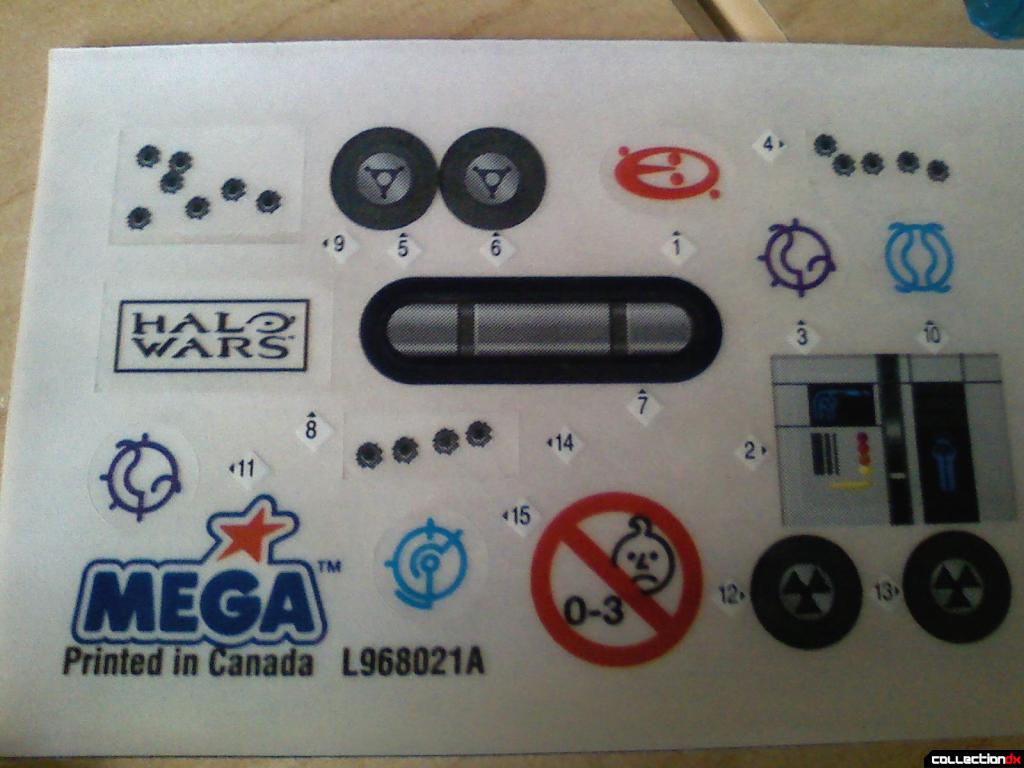 This caught me a bit off guard. None of the details or marks that are on this toy are actually tampoed on. Instead Megabloks expects the kids to put them on themselves. The model kit builder inside of me was fine with this, but the lego loving kid inside of me was annoyed and frustrated by this. 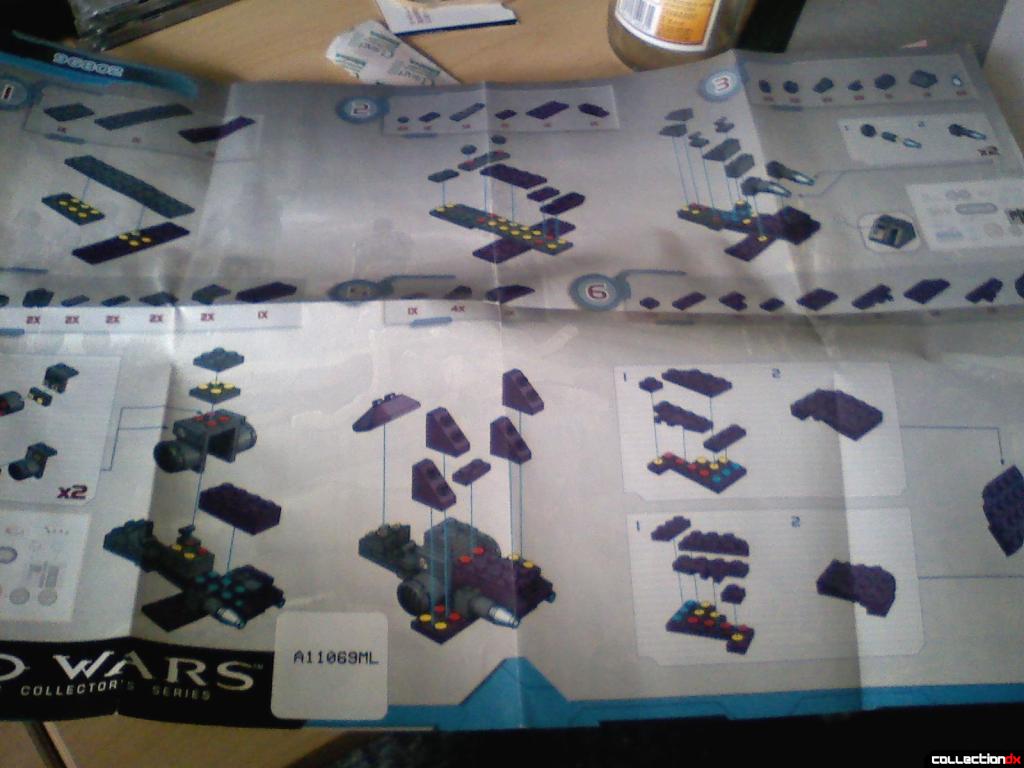 The instructions are pretty straight forward. However I noticed that according to the checklist of parts, this set should come with three Grunts, and one Elite. However in my set there were two Elites. I've heard that extra figures have been in a few of these sets. It's not that bad considering that these mini figures are pretty fun. 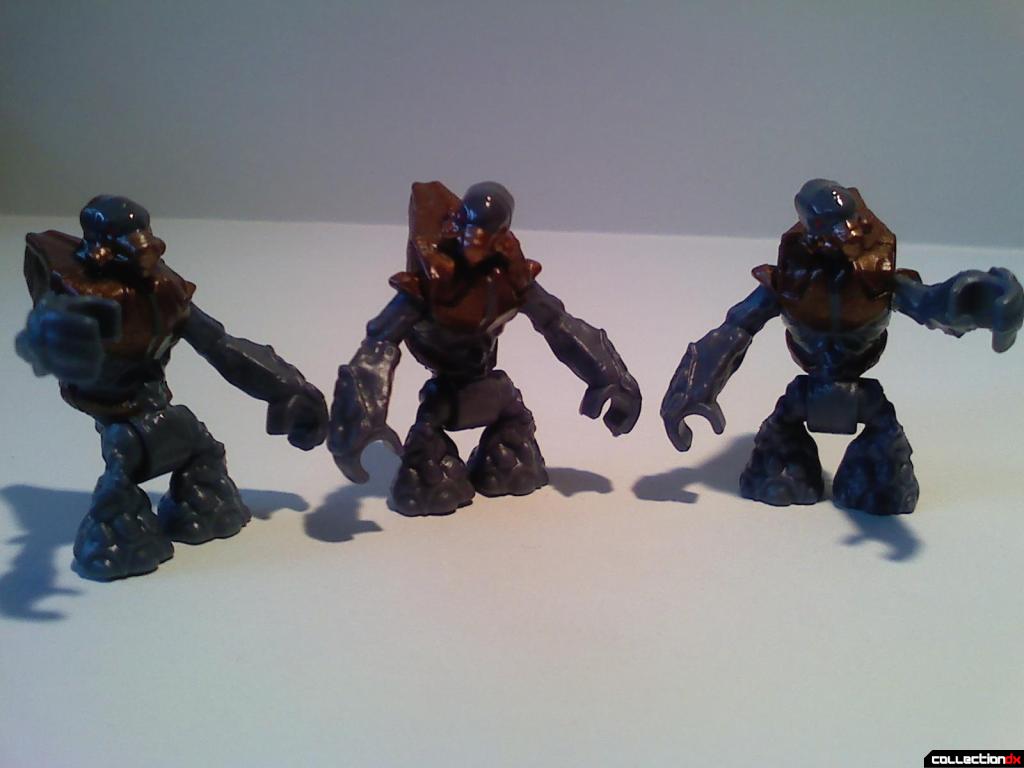 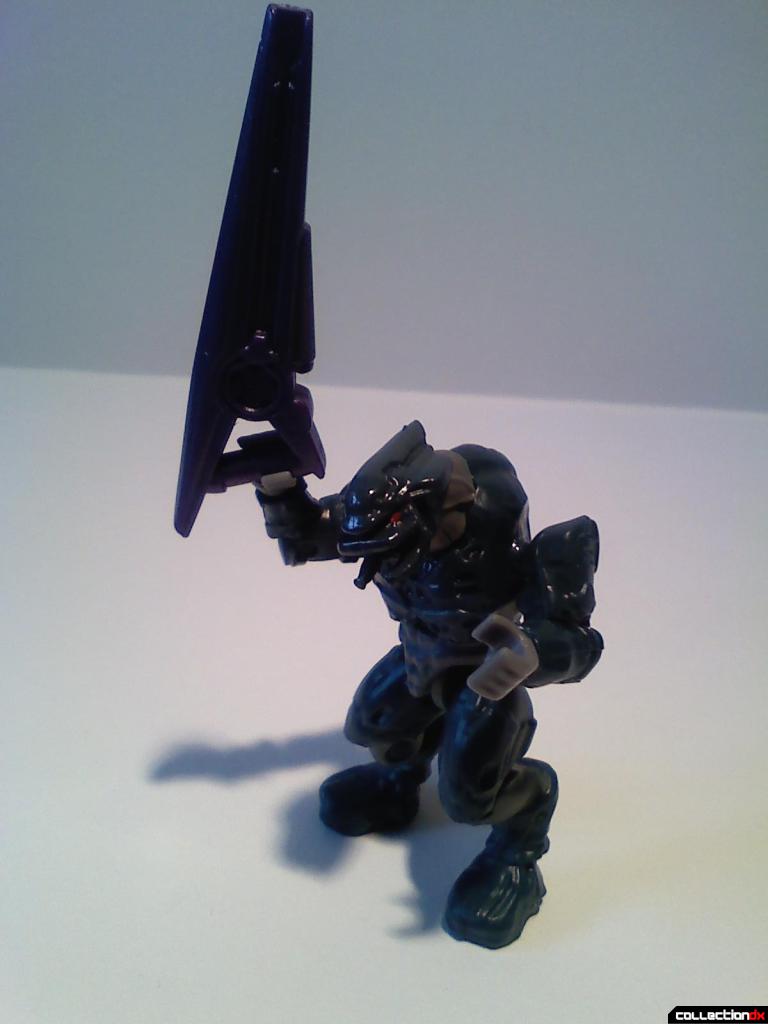 The Grunts have four points of articulation; the head, arms, and the legs are molded together. The Elites are the really nice figures in this line. There's 12 points of articulation on them and they feature a small beam rifle that they come with. However it feels that the Grunts are tossed in this set with no real reason. They can't ride on the Ghost, and have nothing to stand on either. 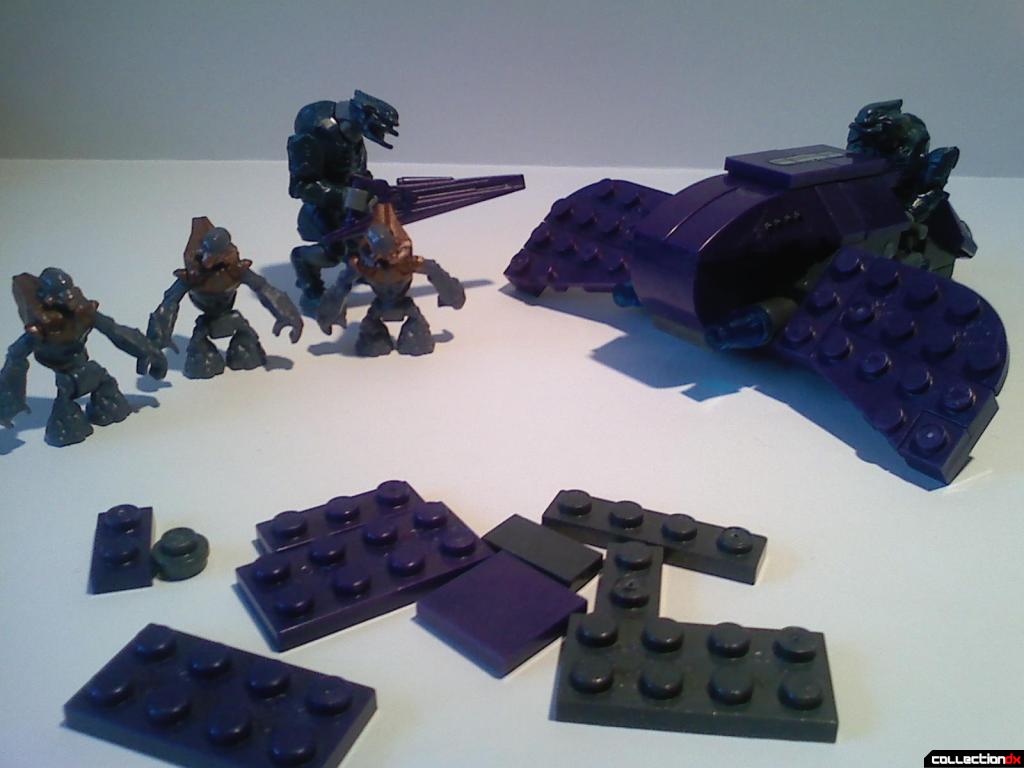 Once the set's all put together you have a miniature model of the Ghost along with a few extra pieces. It looks nice, but that's about all it does. 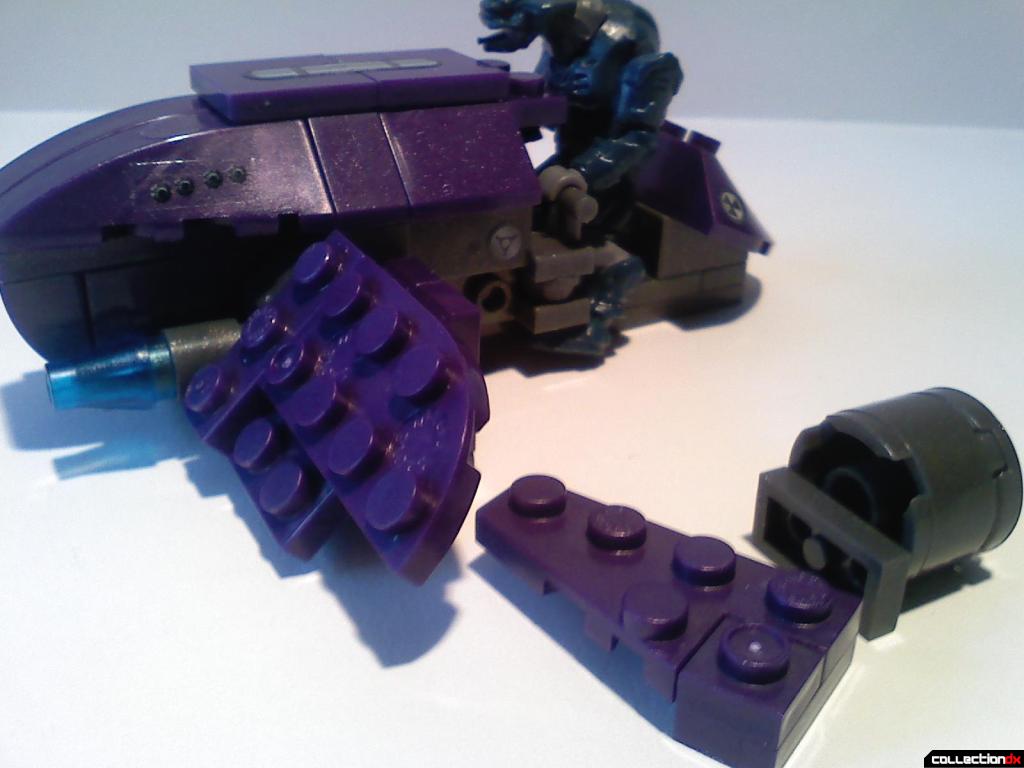 There are some major construction flaws for this toy. The front sections of the wings on the Ghost are attatched by just two pegs. It falls off constantly and is frustrating. In addition to that part, there are a set of vents on the side of the Ghost that also are attatched by just two pegs, and will also fall off even more than the front wings. There must have been a better way of going about designing this, instead of having these pieces snap off every instance you try to pick up the thing. 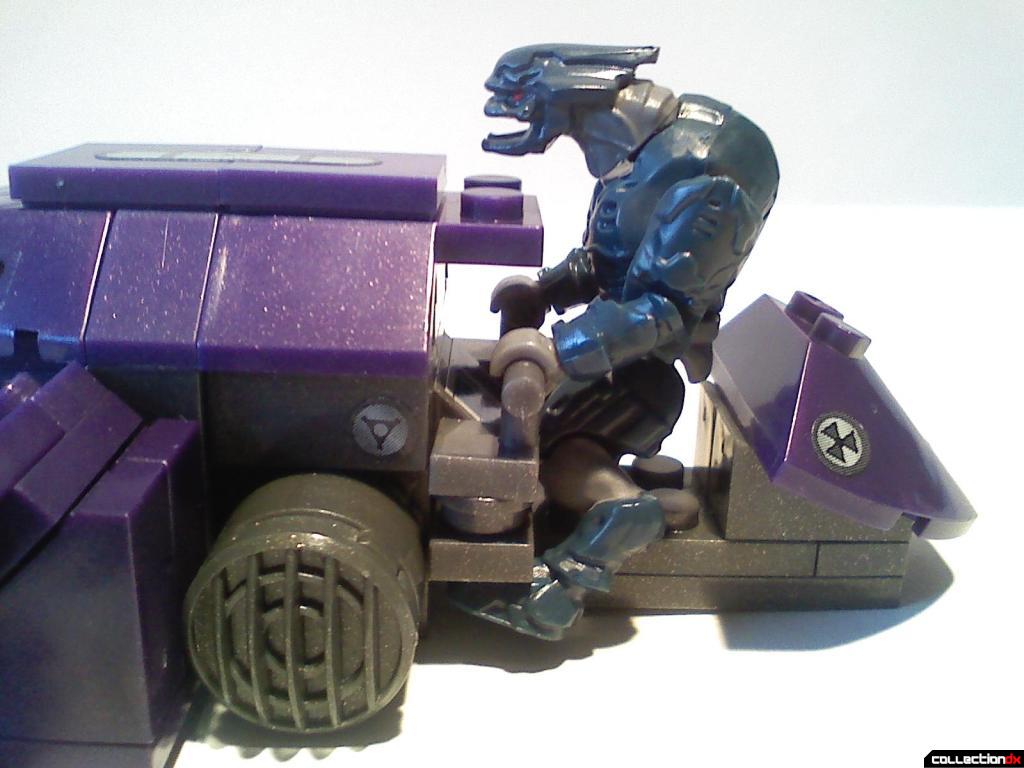 The other problem with this set is how the Elites ride in it. The feet of the figure doesn't peg into anything to really secure it. Instead it just holds onto the small "handles" and its feet dangle freely underneath the machine. 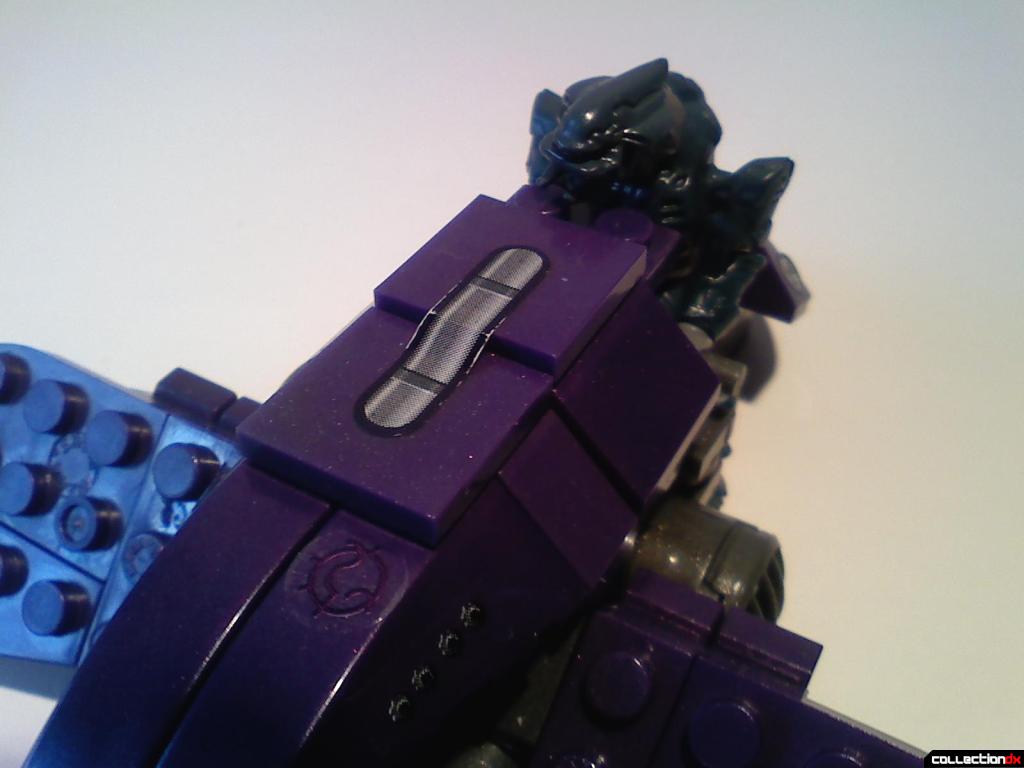 Usually this wouldn't be a problem but getting him to stay in this thing is the most frustrating activity ever. The handles of the Ghost are only attatched to the body with one peg and will pop off immediately with the slightest pressure. Press on one, the other falls off. Press the other, the same thing happens once more. And then you try to press them at the same time and the entire top hood lifts up, which has a sticker on top of it and it immediately lifts up ENTIRELY. 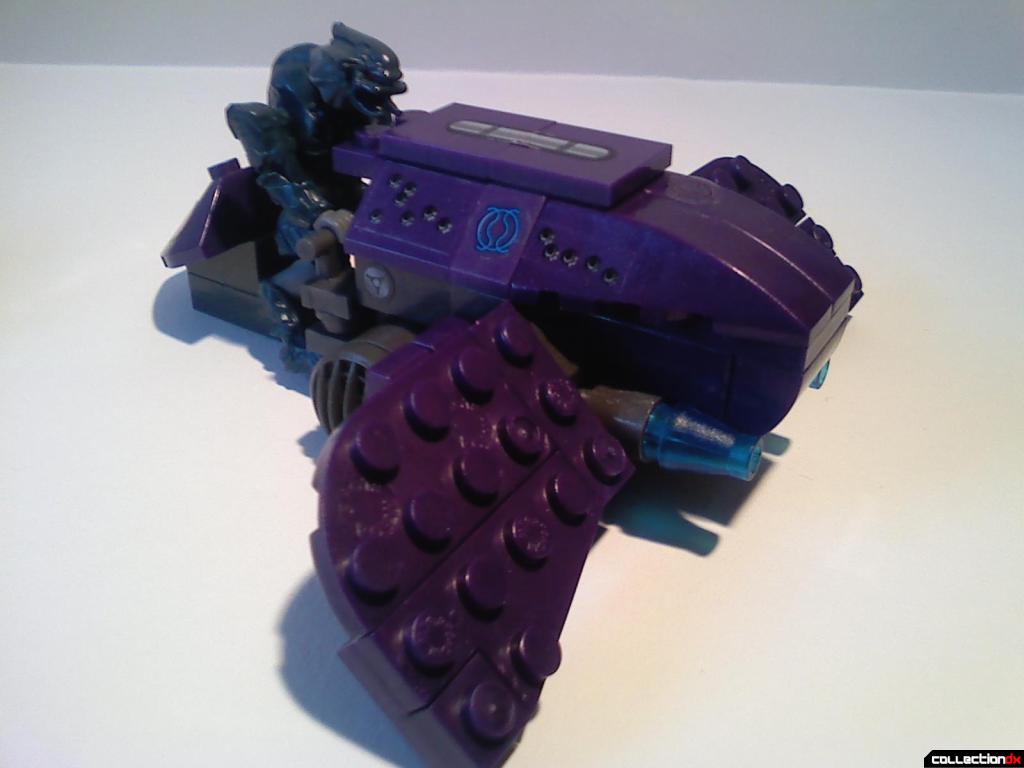 If you can't tell, there's a lot of frustration with this toy. The design choices in this kit just don't make sense and aren't suited for a kid to play with them. It seems better for an older fan to have just lying around the room as a display. But if you're an older fan, surely you'd want somethimg more detailed than this?

This seems like something only a halo fetishist could love. Every photo exudes a sort of dark lumpiness.

Nabbed one of these when it first came out a couple months ago. Not being any kind of a Halo fan, I just bought it for the sake of some new Lego-ish-ness. There really is no comparison between Megbloks and Legos if this is any example. The parts fit is truly awful, with multi-peg block connections just falling apart via gravity, let along by being touched.

My one previous experience with a Megablok set many years ago told me the same thing - that as a construction toy, they're just not very nice. How can you have an entire line of such toys that won't hold together under even minor stress?

As far as the labels, pretty much any Lego set has that now.