This Xenomorph Soldier comes from the Colonial Marines line of toys from Hiya Toys as in like the sound you make when you do a Karate chop. It comes in a neat little satin finish window-type box. 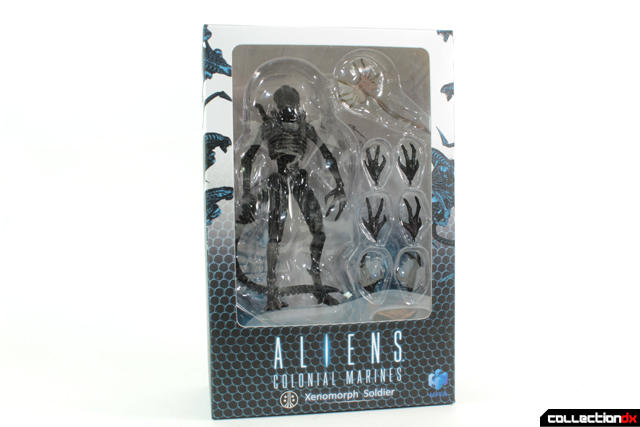 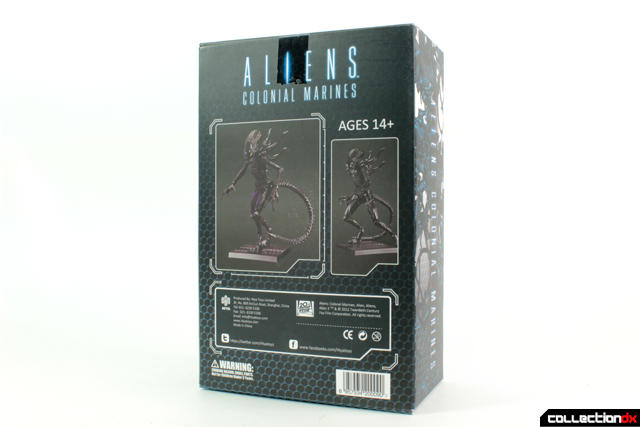 Out of the tray you get a nice little 3.75 scale articulated Xenomorph Soldier. 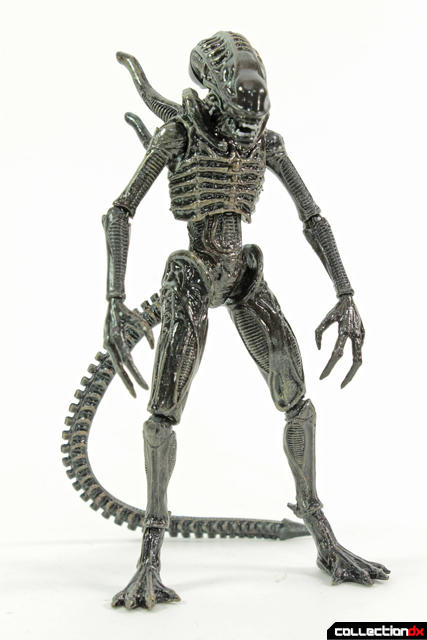 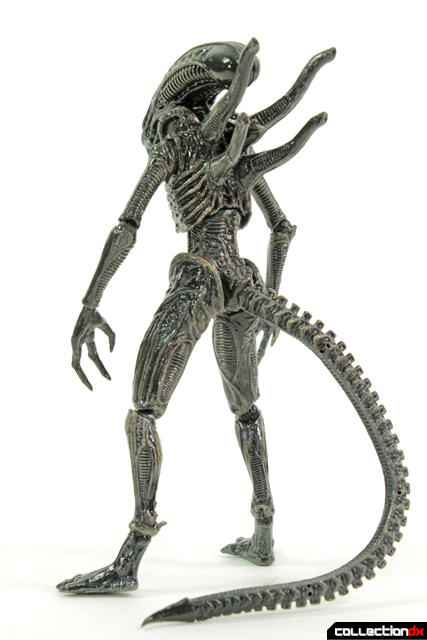 The figure is done in shiny black PVC with a really nice gold dry-brushed highlights over the entire body. 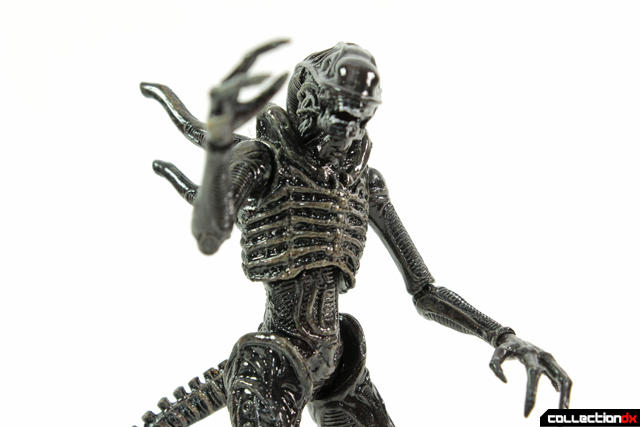 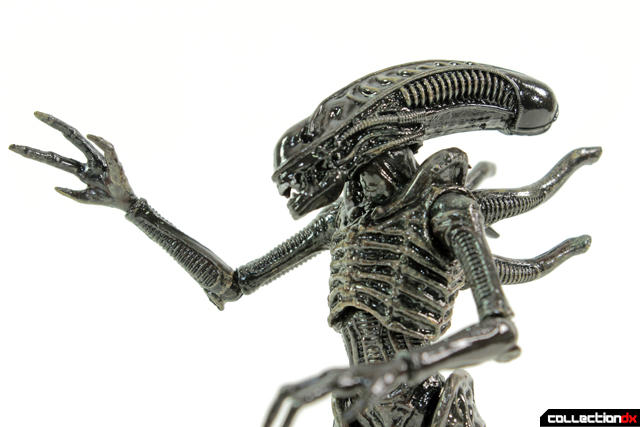 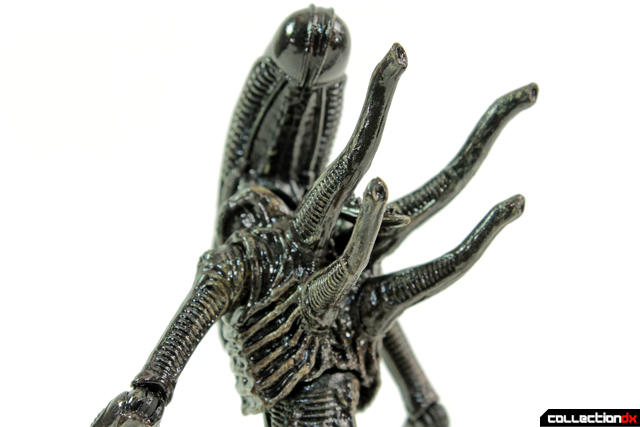 Included in this set are six extra hands and a stand that replicates a vented floor. As you can see, the differences between the various hands is very slight. 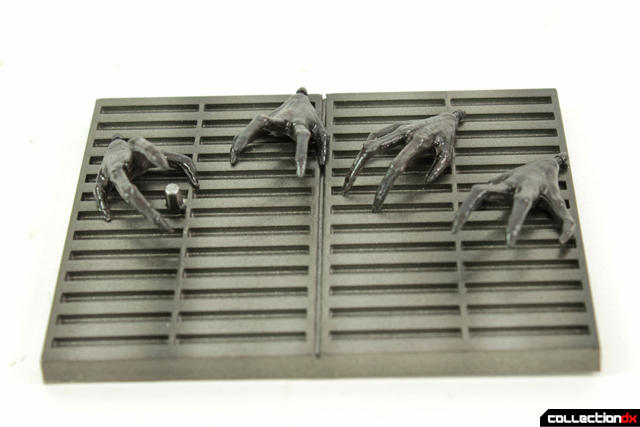 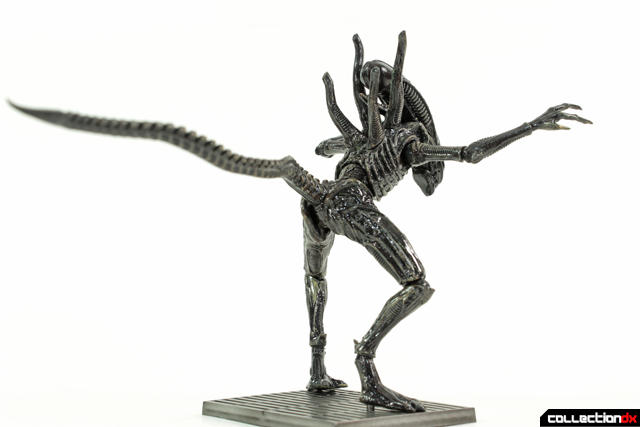 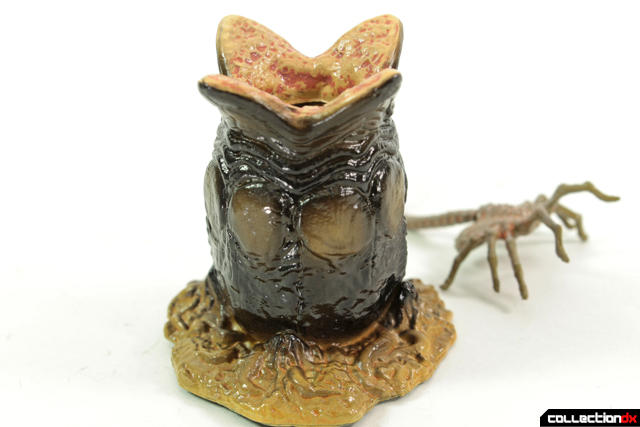 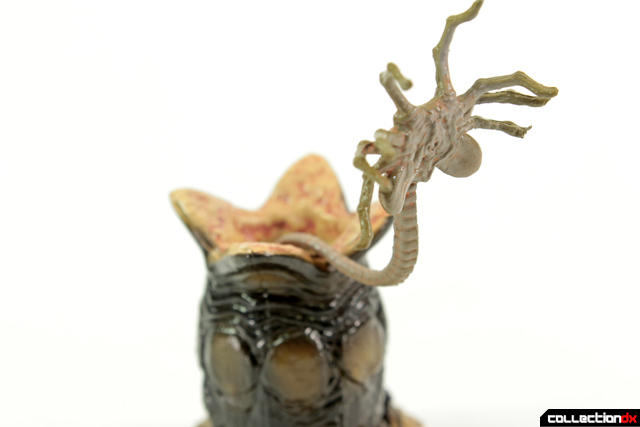 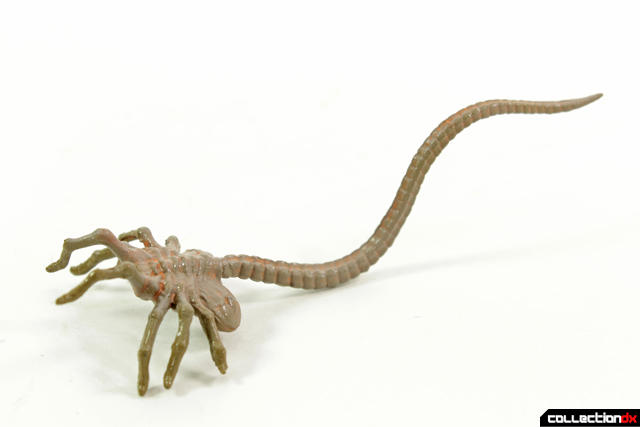 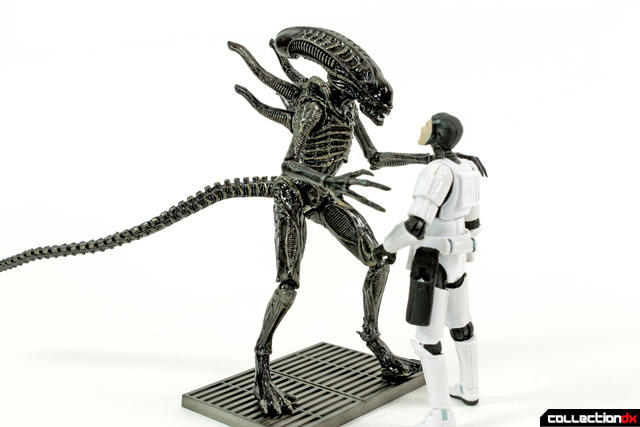 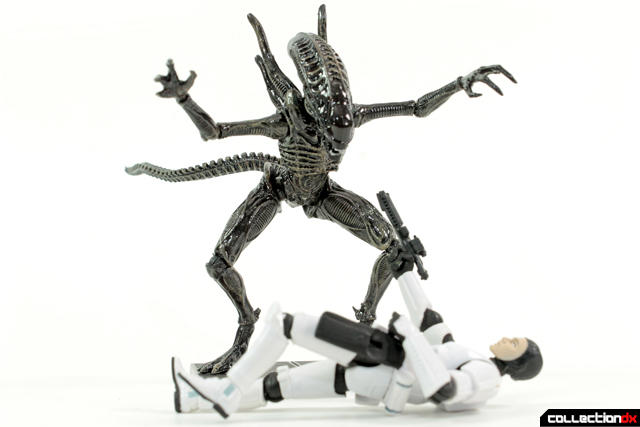 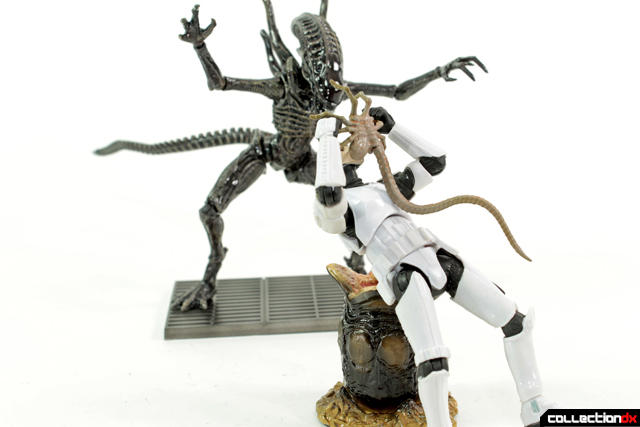 I really had fun with this figure. I'm not a big collector of 3.75" figures but I love the Aliens design even back when it used to give me nightmares. I wasn't expecting much articulation due to the skinniness of its body but Hiya Toys somehow worked in some micro joints. I'll be keeping my eyes on these guys.