I admit, I only bought the Clone SCUBA Trooper because it had flippers. There, I said it. When I see big toy companies and franchises doing things like this it just throws me for a loop and I get sucked in. 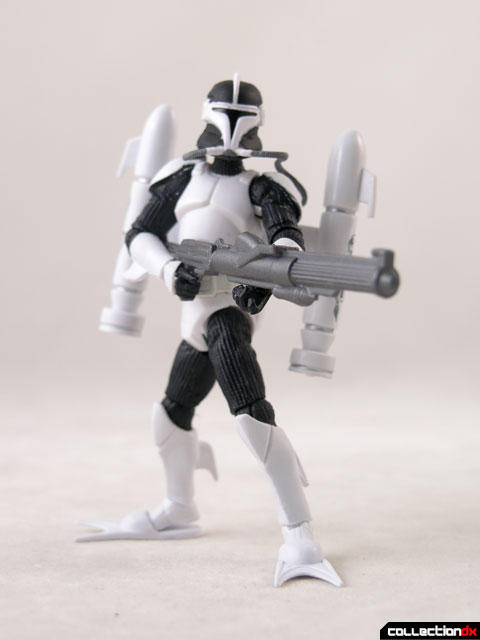 So yeah, a Clone Trooper with SCUBA gear. This design comes from one episode of the Clone Wars animated series (the first one) where Kit Fisto leads a bunch of Clone troopers on an underwater mission on the planet Dac. 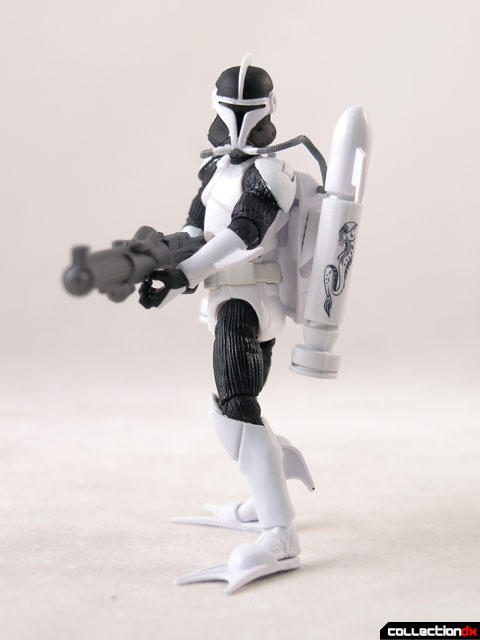 The Clone SCUBA Troopers are outfitted with underwater gear, as well as a unique set of armaments. The propulsion pack can be detached from the figure, and the two torpedoes (or jets?) can be detached as well. Hoses from the helmet attach to the figures pack. 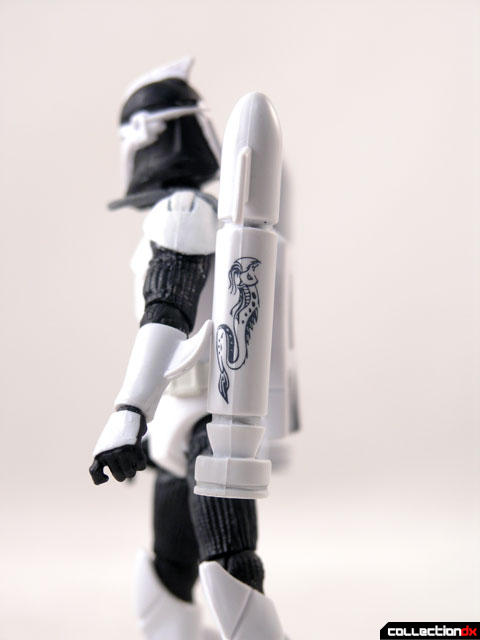 Check out the sweet tribal design on the side of the tanks. 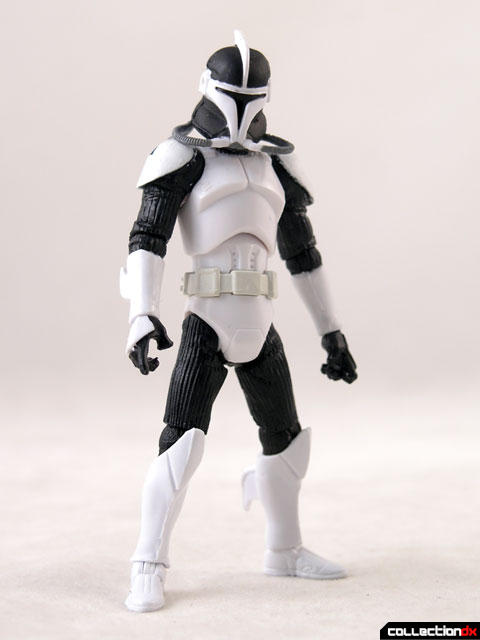 Each flipper is removable, and stay attached to the feet by pegs in the heels. 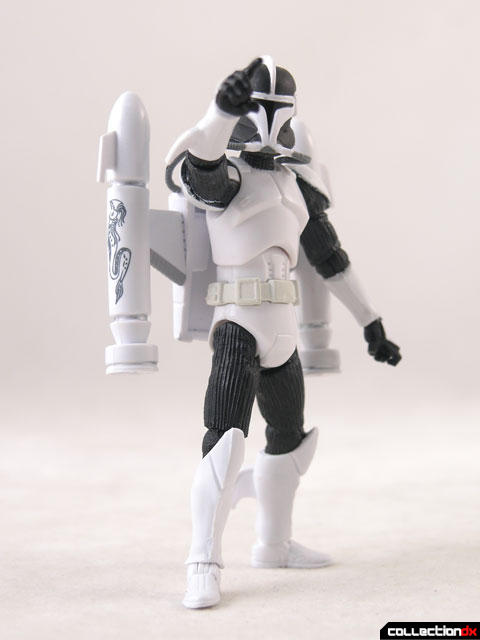 The gun is large, which is cool, but is horribly bent in package, which is not cool. Hasbro needs to use firmer plastic on its weapons. 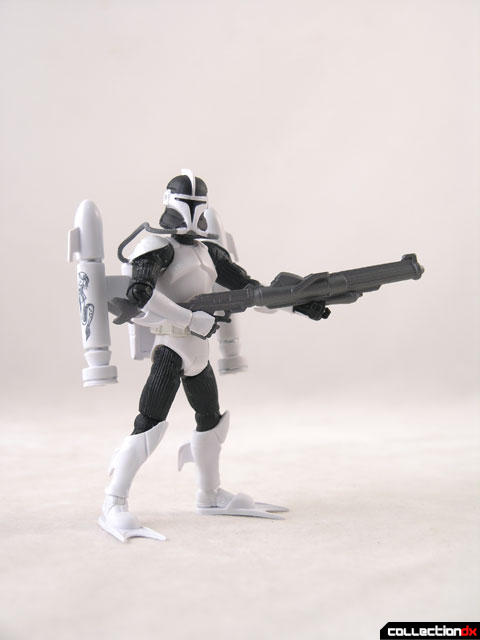 Articulation once again rocks on this figure, with 14 points of articulation. No ball jointed hips, but the rest is pretty great.

Also included with this figure are parts for the Build a Droid RJ-41. This figure includes the head and middle leg.

This is a pretty great figure, it has lots of accessories, lots of articulation, and looks great. Another winner for Hasbro.

Neat figure... I always thought it would be amazing to own one of every Stormtrooper/Clone Trooper released in the small scale.

And I admit I bought a GIJoe cobra guy solely bc/ he had snowshoes. He's awesome.