Unlike buses, trains are fairly well represented in the world of transforming robots. Granted most of these toys come out of Japan and their love affair with all things locomotive. So from the makers of Bus-Bot and Fire Engine-Bot comes the creatively named Classic Train-Bot. 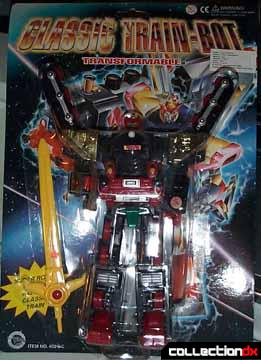 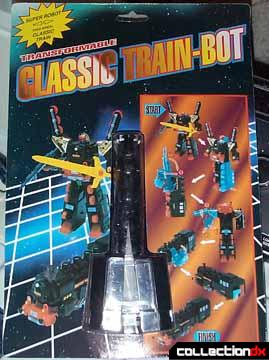 Like any good Chinese toy of questionable origin, Classic Train-Bot comes on a giant card. These photos are courtesy of JoshB. 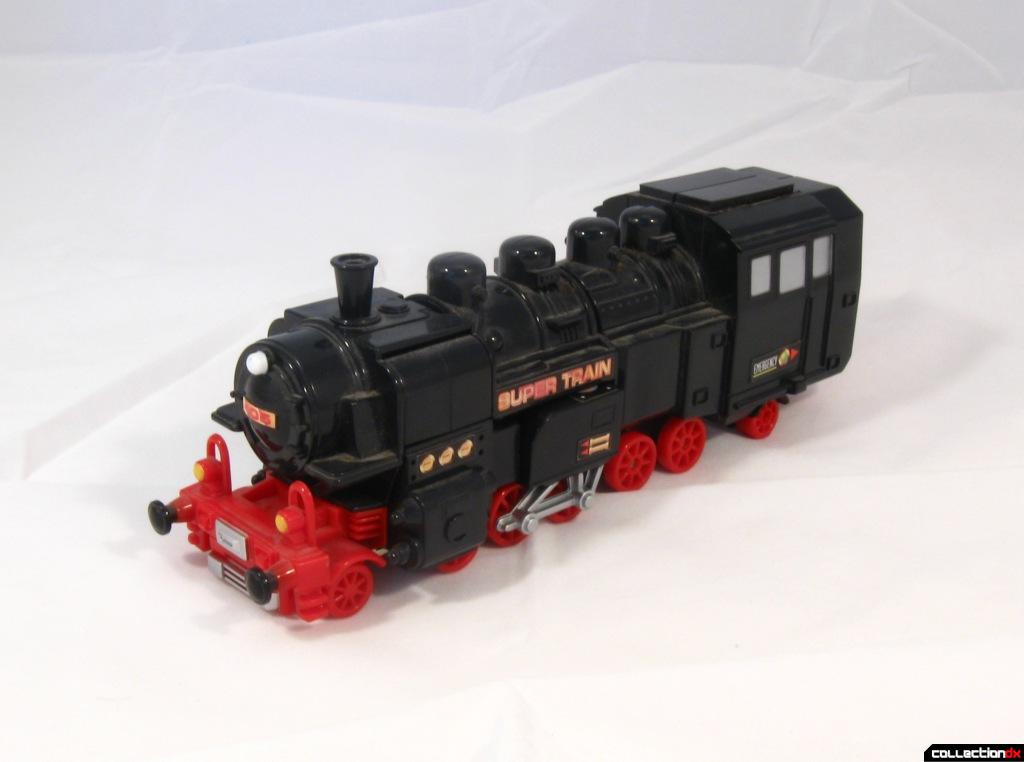 True to its name, Classic Train-Bot is a old style steam locomotive. It is all black with a little white detailing and a sticker that says SUPER TRAIN on the side. One nice touch is that all of its little red plastic wheels roll. 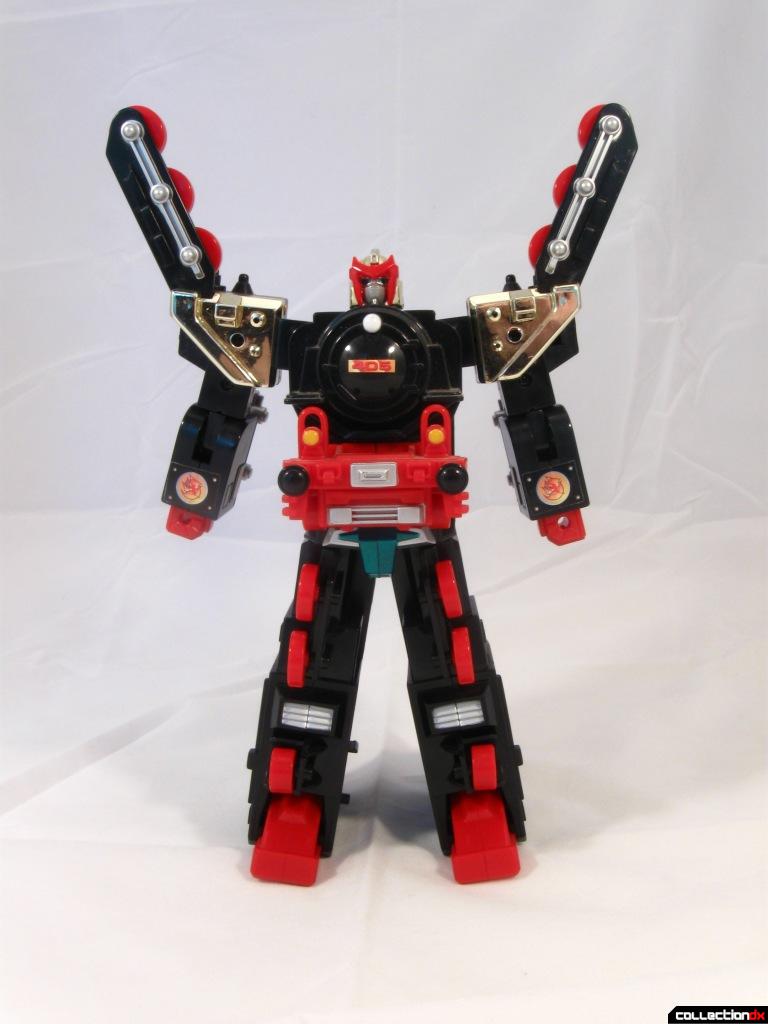 In robot mode, Classic Train-Bot is very similar to Bus-Bot in terms of build. I like how the front wheels flip up to form a pair of wing-like armor pieces for his chromed shoulders. 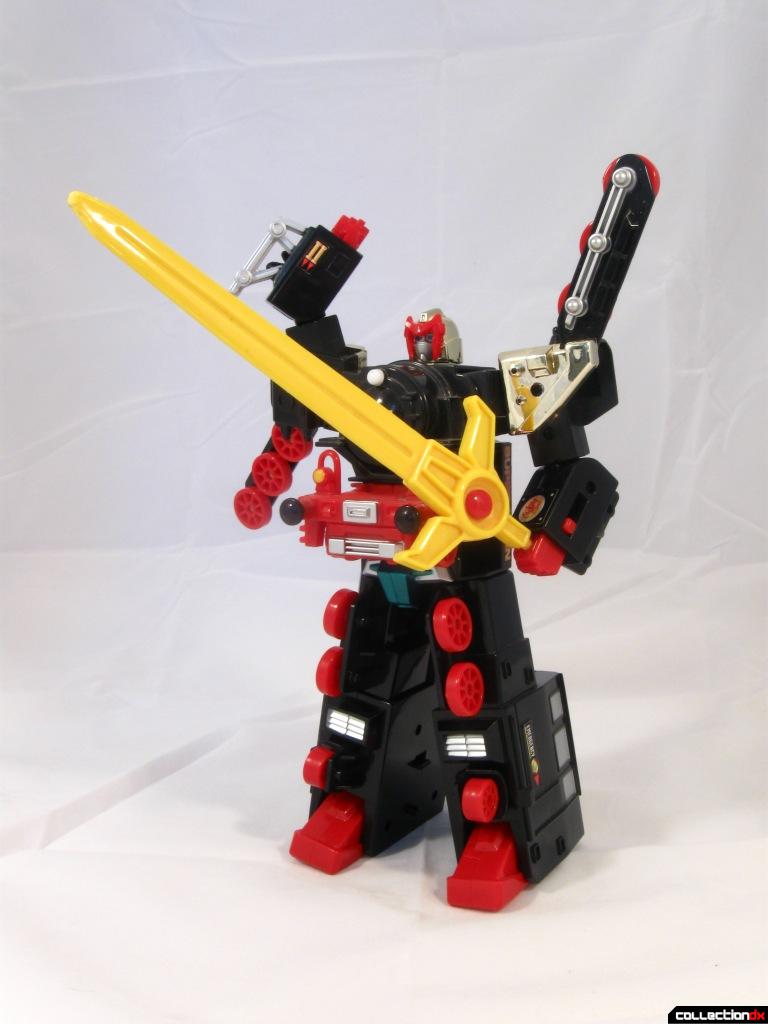 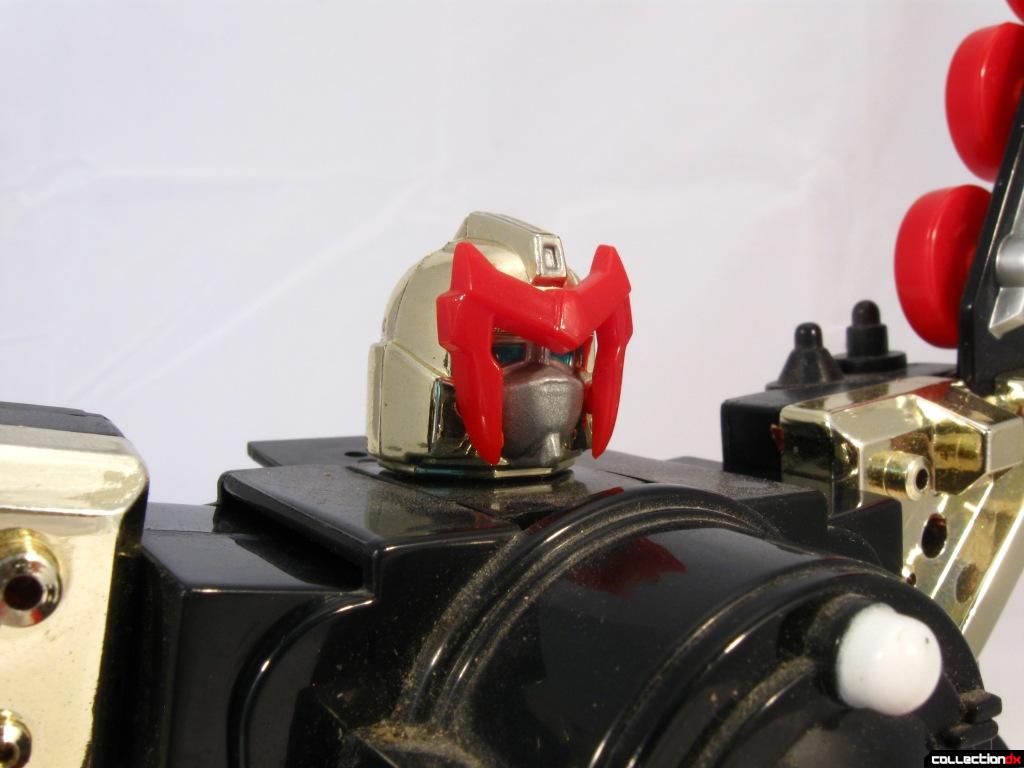 And much like Bus-Bot, Classic Train-Bot has a very Gundam-esque head and face. On this toy the iconic head crest has grown down around the face like a fancy cheek guard.

I'm kind of fascinated by this company that makes these Gundam-faced transforming robots. While they're not making strange bootlegs, I can appreciate their attempts at creating simple, fun robot toys.

It says so right in the name!

I honestly and truly wouldn't mind getting one of each of these.

Ooh- are we gonna see a review of the Fire Engine 'bot?

Hmm I recently got a lot of Power Rangers weapons and got that sword. Was wondering for the longest time where it came from. I remember this train bot being in a catalogue store of sorts. Never got it though. He looks like Might Gaine.

he may also be a poor cousin of Advenger