I am happy to bring you guys an early look at Chromia. Since it's a pre-release sample, we'll have to forego the whole box business. Instead, let's just jump right into it.

Chromia is a female robot from the Transformers Universe and part of the collector-popular line of Generations figures. She is actually a heavily retooled version of the Prime: Robots in Disguise Arcee figure. I saw similarities but never put two and two together. Good job Hasbro. 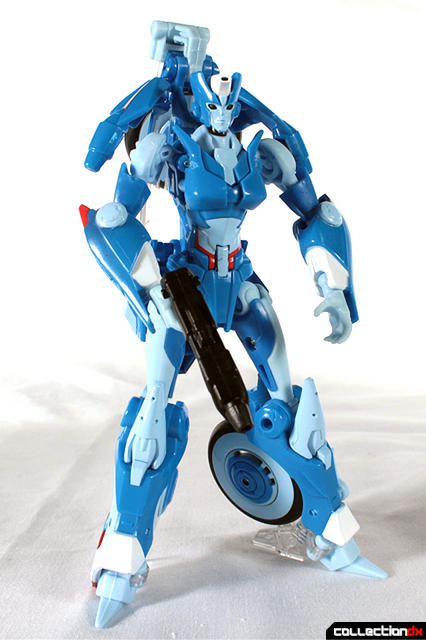 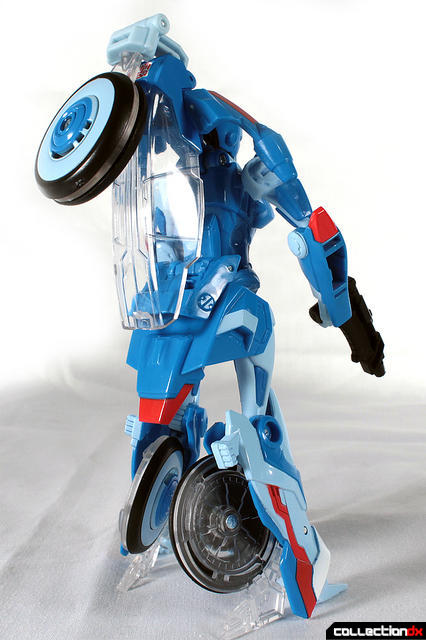 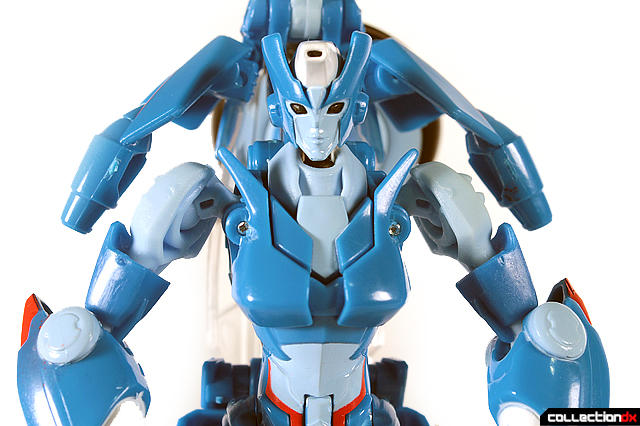 Chromia comes with one gun that can be pegged to her legs when not in use. 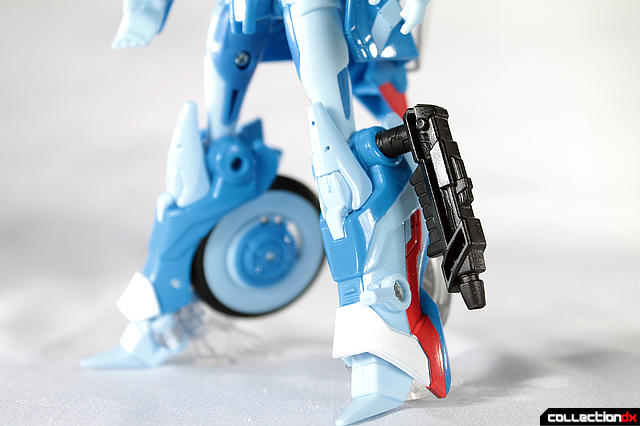 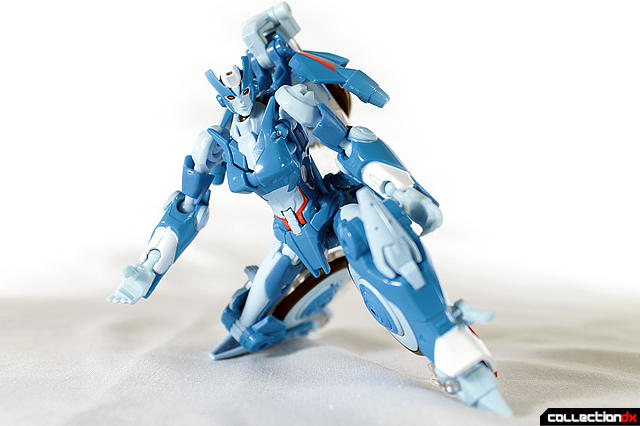 Here she is next to her upcoming sister Generations Arcee. 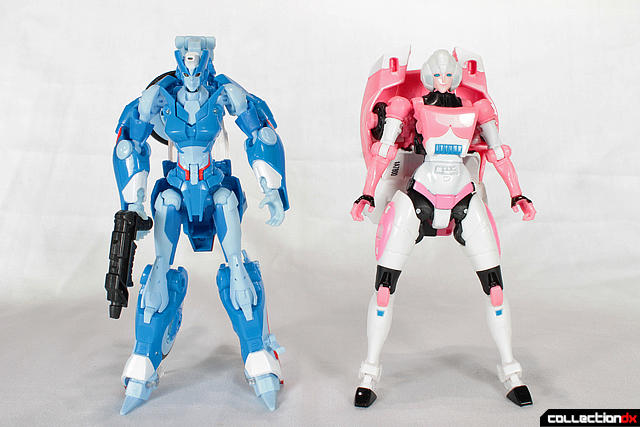 Her alternate mode is where she really shows of her heavy retooling. While she still retains a motorcyle style alternate mode, it is much different than the PRID Acree's crotch-rocket alternate mode. I sense a strong TRON cycle vibe with a hint of Mospaeda-ness. 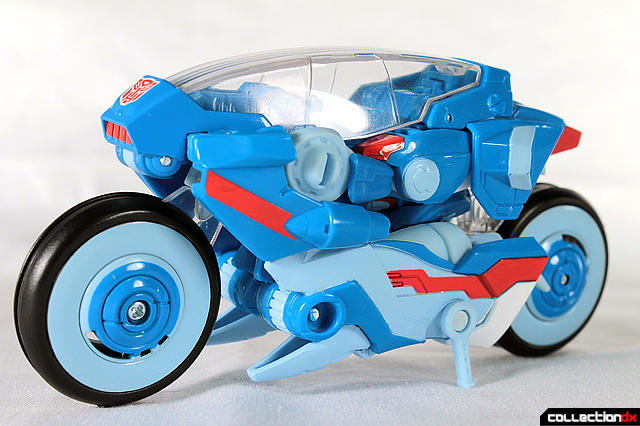 As with robot mode, her gun can be pegged on the side. 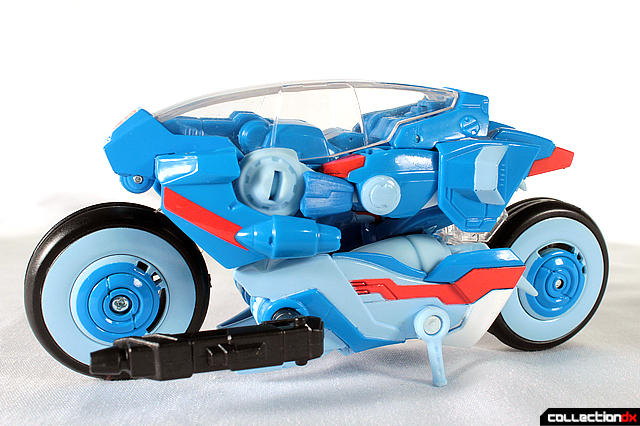 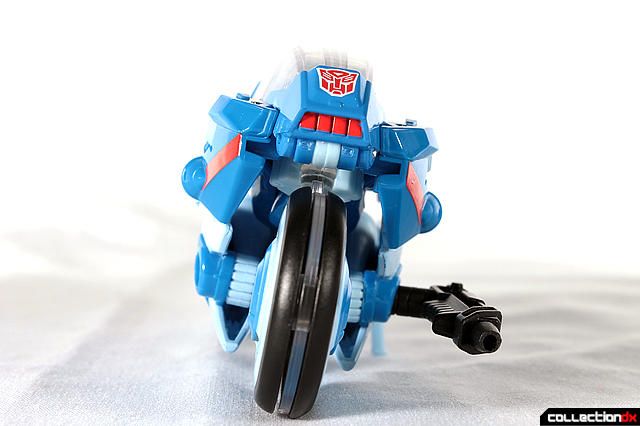 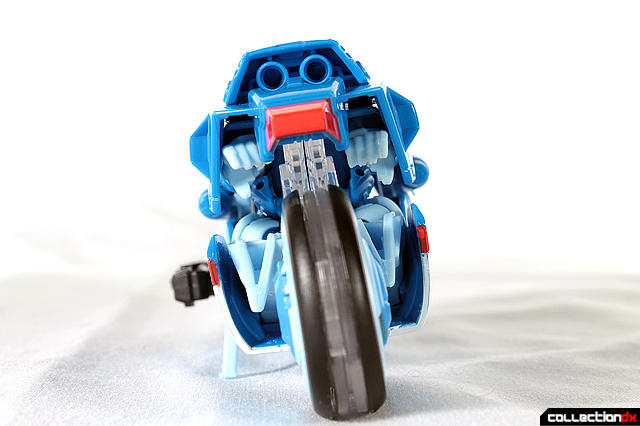 The front wheel can be tilted like any proper motorcycle. 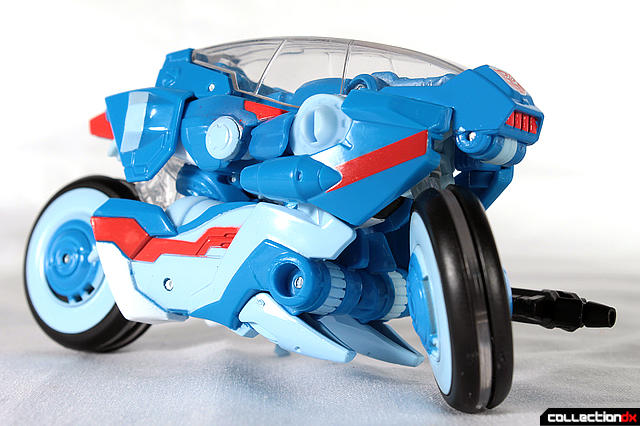 Here is a comparison with a newish Generations Voyager Roadbuster in vehicle mode. 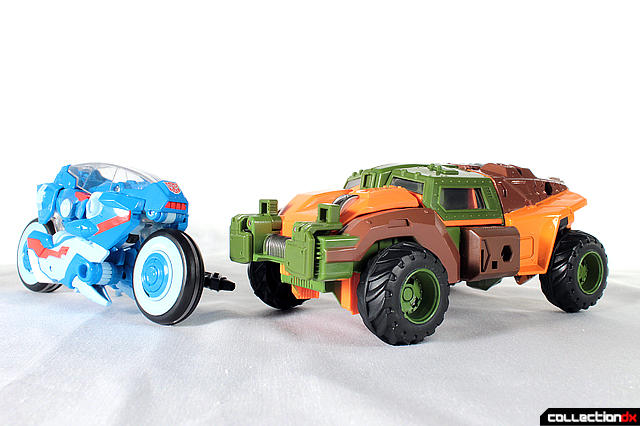 Stay tuned to my upcoming review of Generations Arcee for some more Fembot on Fembot action! 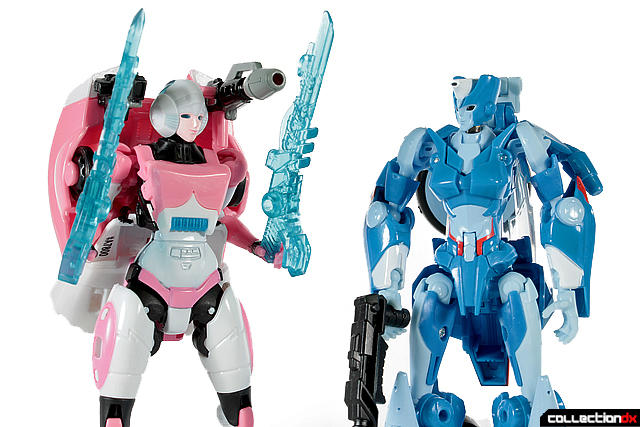 I know this review's older but I was just wondering.

In the Windblade comics, Chromia uses a large pole axe and shield made from her windshield. I know she doesn't have the axe, but can her cockpit be detached from her back to imitate the shield?